The first major auto show after the long summer break is taking place in Paris this coming week, kicking off on October 2 and playing host to more than 250 makes from over 18 countries. All the major automakers will be there, and so will your Motor Authority team.

We’ll be bringing you all the latest info and live photos direct from the show floor once the action gets underway. In the meantime, here's our hand-picked list of some of the stars, as well as what we know so far about them.

And don't forget to bookmark our dedicated Paris Auto Show page, as well as follow us on Facebook and Twitter to stay on top of it all. 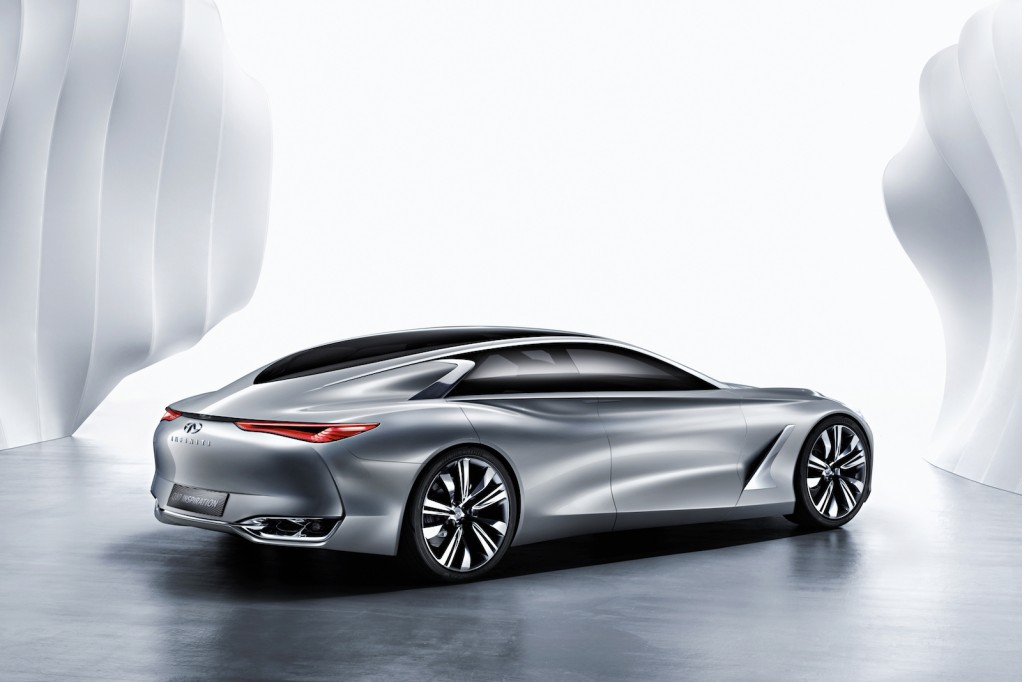 Infiniti Q80 Inspiration: Infiniti has hinted at a new flagship model for the past several years and we’ll finally get our first look at the vehicle this week in the form of a grand four-door coupe concept. Infiniti hasn’t mentioned production just yet but the automaker’s former boss, Johan de Nysschen, came out with comments earlier in the year about not one but two range-topping models: a sedan with coupe-like styling to rival the Porsche Panamera and a more sports-oriented model. It’s clear we’re looking at a preview of the former here.

Lamborghini Concept Car: Lamborghini has also been teasing a sleek and sexy car for this week’s Paris Auto Show. Unlike the Infiniti concept, we don’t know what the Lamborghini will be called, although there are rumors it may be branded an Asterion. We also don’t know much about the concept’s design, but the official tagline “Once perfection is achieved, you can just double it” suggests we may be looking at a vehicle with 2+2 seating or perhaps even four doors. 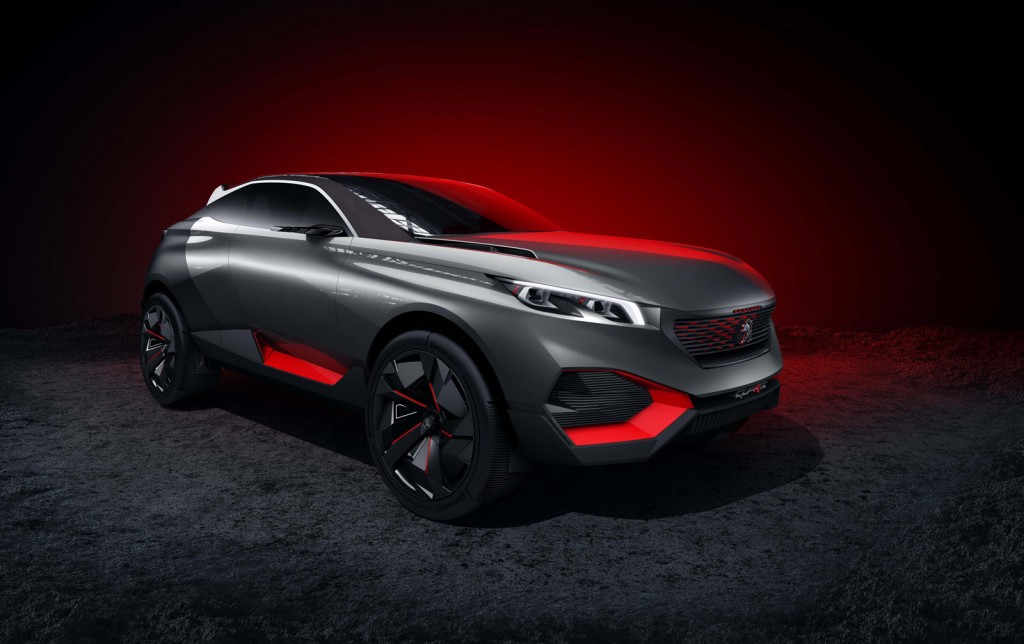 Peugeot Quartz Concept: After a stale showing at the previous Paris Auto Show back in 2012, Peugeot is pulling out all the stops for its lineup at this year’s event. The highlight of its stand will undoubtedly be the Quartz concept, which is said to be packing a hybrid drivetrain good for almost 500 horsepower. This hybrid drivetrain sits in a vehicle that’s not much bigger than a Range Rover Evoque and has been designed to be compatible with Peugeot's modular EMP2 platform. 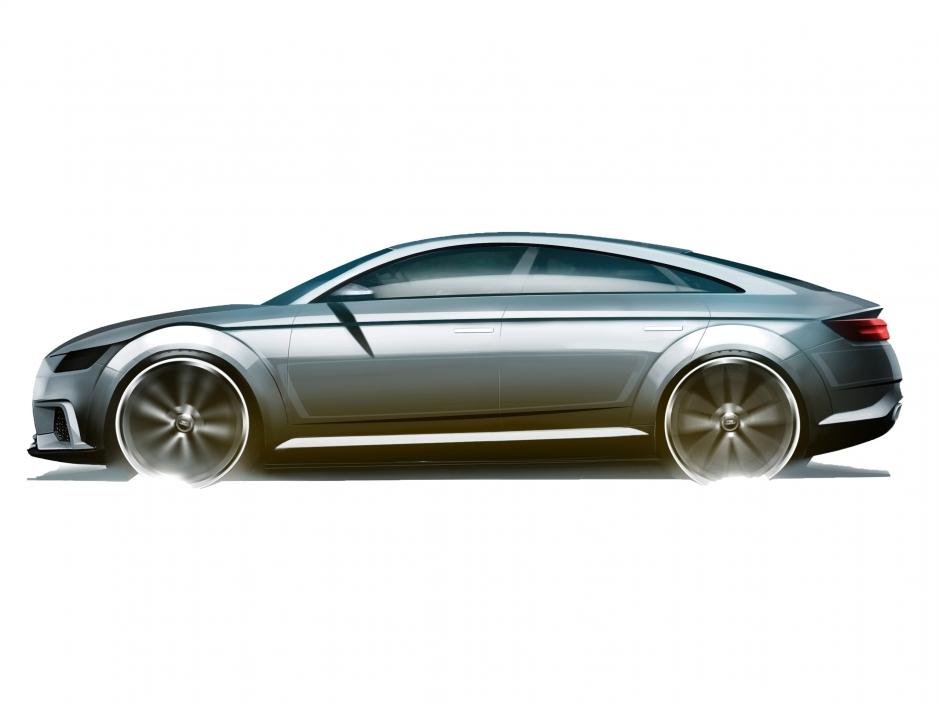 Audi TT Sportback Concept: Audi has been testing the waters for a third TT derivative by revealing a series of concept cars of the past year. The latest of these concepts is expected to be a new five-door (four regular doors plus a liftback) ‘Sportback’ version of the TT debuting in Paris, which German media have described as a smaller sibling to the A5 and A7 Sportback models. We also hear that power in the concept will come from a 2.0-liter TSI rated at 420 horsepower. 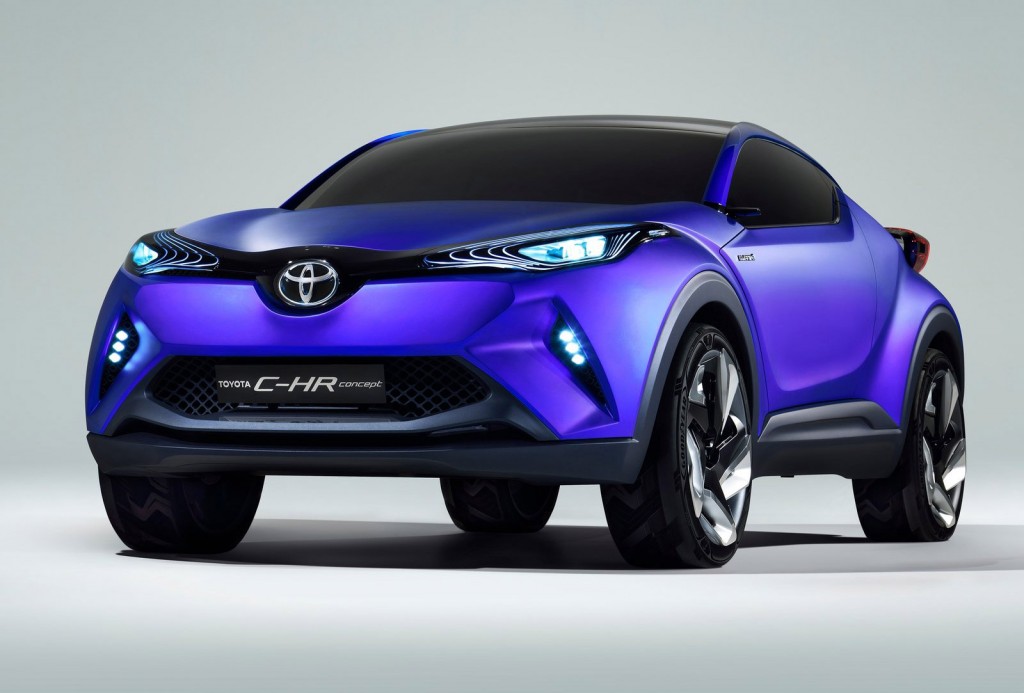 Toyota C-HR Concept: Another sporty concept headed to the 2014 Paris Auto Show is the Toyota C-HR, which previews a new subcompact crossover the Japanese automaker is planning. Toyota is yet to reveal full details on the C-HR, but the automaker does state that the latest concept is powered by a hybrid powertrain. Toyota also states that the concept features its new ‘Keen Look and Under Priority’ design language. 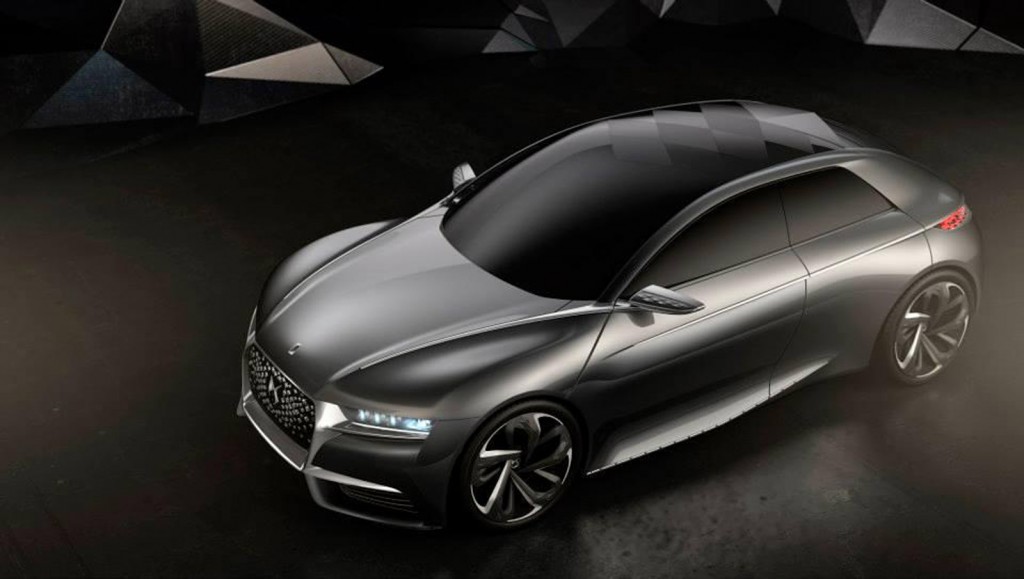 Citroën Devine DS Concept: This cool little concept from Citroën isn’t destined for production but it does show the direction the French automaker plans to take with its new DS luxury line. Apart from it being completely devoid of Citroën’s chevron logo, the Devine DS is based on a standalone platform and features unique design elements such as the slit-like headlights, chrome grille surround, and diamond pattern grille insert.

Hit the next page to see the performance cars that will be on display at the 2014 Paris Auto Show, and remember to follow our dedicated show hub for all the latest updates. 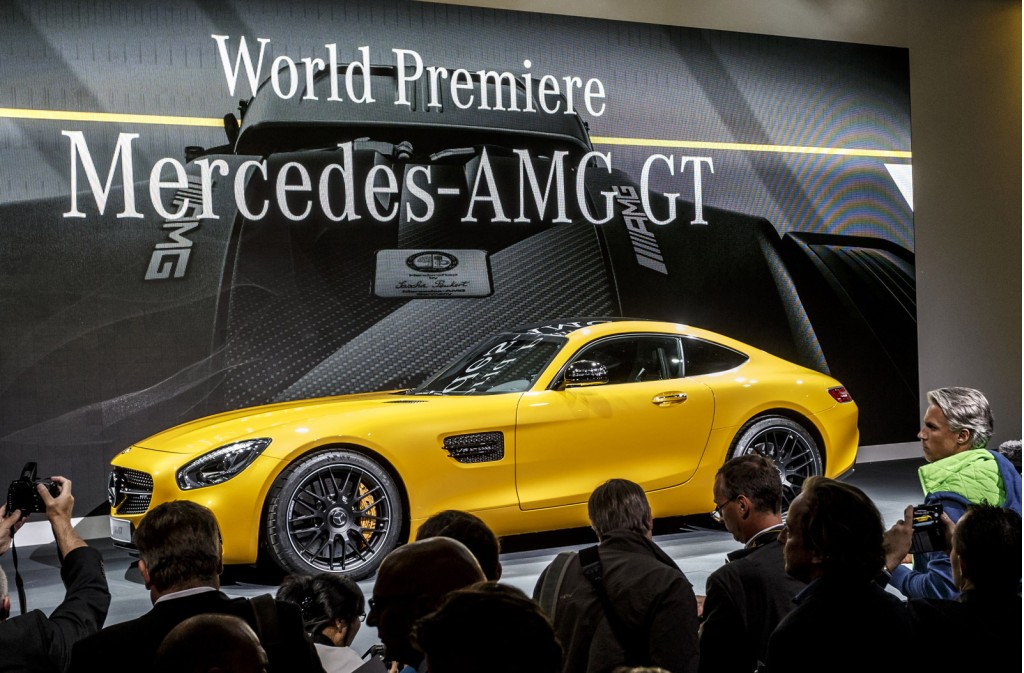 2016 Mercedes-AMG GT: We’ve already seen the new GT sports car from Mercedes-Benz, but only briefly. In Paris, we’ll be able to get up close and personal with this sexy beast. There are two versions of the car at present, the standard GT and the even more potent GT S. Both are powered by AMG’s new M178 twin-turbocharged 4.0-liter V-8 and both have been confirmed for sale in the U.S., with the GT S and all of its 503 horses launching on the market first. Another version that will be shown in Paris is the Edition 1. This is a limited edition version fitted with a few unique elements. 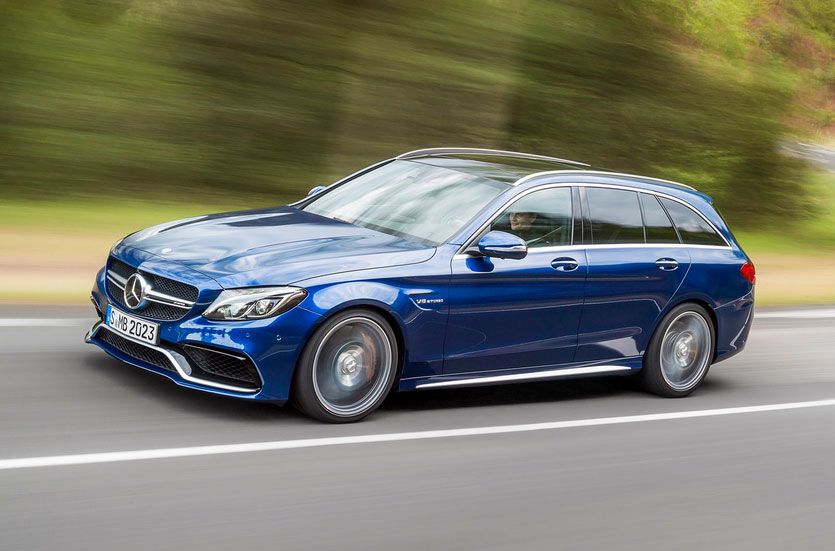 2015 Mercedes-AMG C63: Another new Mercedes performance car that will be on show in Paris will be the all-new C63 AMG, and we must inform you that the car is no longer titled a C63 AMG. The car’s official title is now Mercedes-AMG C63, and it’s ready to take on rivals with power outputs ranging from 469 up to 503 horsepower. The new C63 goes on sale in local showrooms next March, in sedan form only. Yes, we miss out on this awesome wagon version of the car. 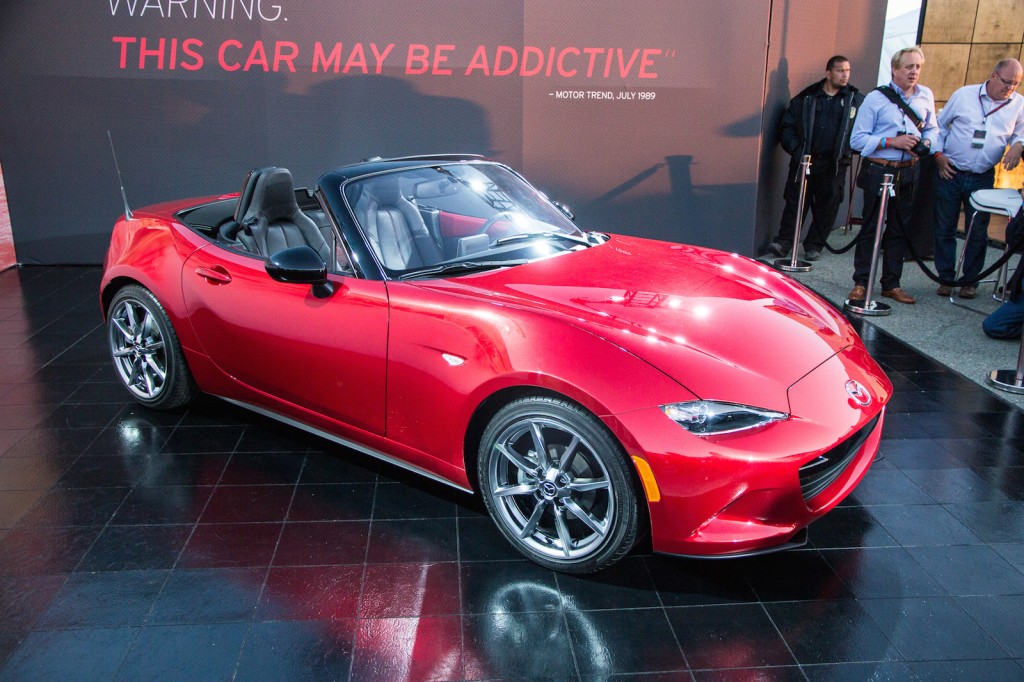 2016 Mazda MX-5 Miata: The new MX-5 Miata is another car we’ve already seen, but like the Mercedes-AMG GT above it’s no chore seeing the covers come off this baby a second time. We should also be able to finally learn some of the car’s specs because as of now all Mazda has told us about its new MX-5 Miata is that it will weigh around 220 pounds less than the model it replaces. Oh, and we also know that it is still a soft-top roadster, at least in this debut form. 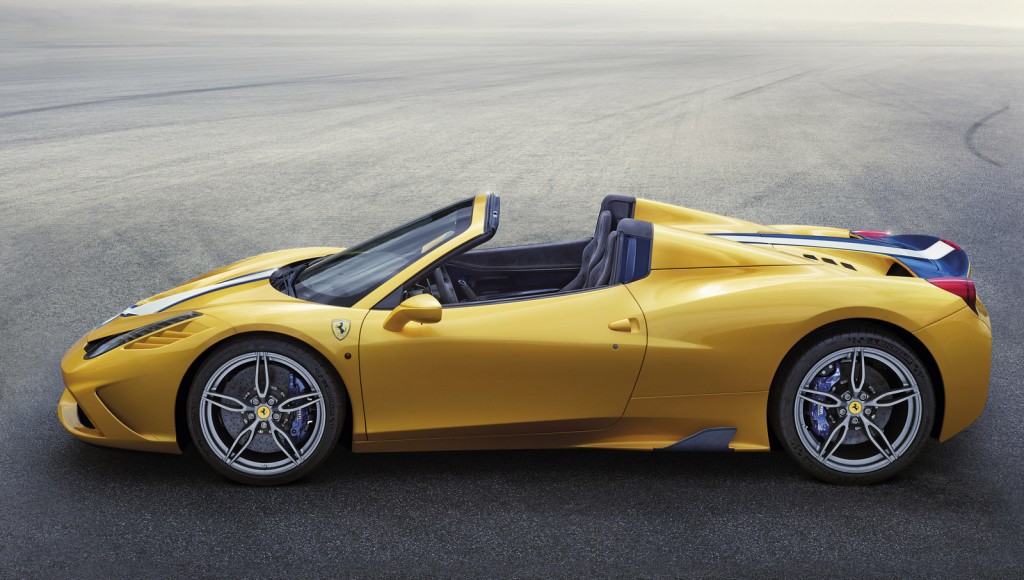 Ferrari 458 Speciale A: Ferrari’s latest supercar is the 458 Speciale A, where A stands for Aperta. The car is essentially a convertible version of the hardcore 458 Speciale, and it’s potentially the last Ferrari road car to feature a naturally aspirated V-8. The engine is the 458’s familiar 4.5-liter mill, which is rated here at 597 horsepower and 398 pound-feet of torque. Production starts soon after the car’s Paris debut, and sadly just 458 examples are planned. 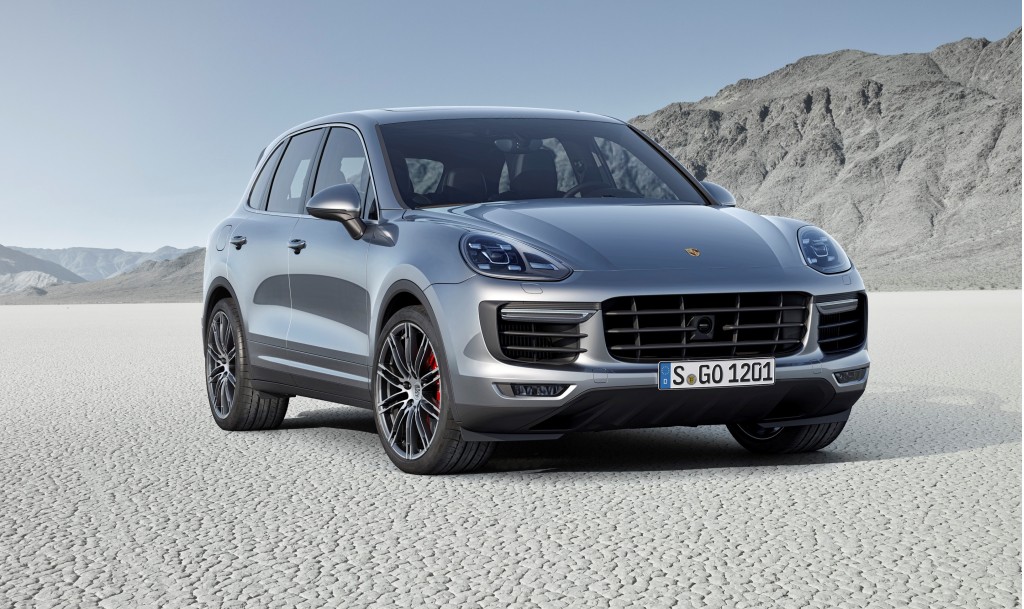 2015 Porsche Cayenne: The second generation of the Porsche Cayenne has just undergone its mid-cycle update, and we’ll get our first look at the updated vehicle in a few day's time. In addition to some new styling elements, the 2015 Cayenne features a new plug-in hybrid variant called the Cayenne S E-Hybrid. Also new for the updated Cayenne is a twin-turbocharged 3.6-liter V-6 engine, which replaces the previous 4.8-liter V-8 in the Cayenne S variant. 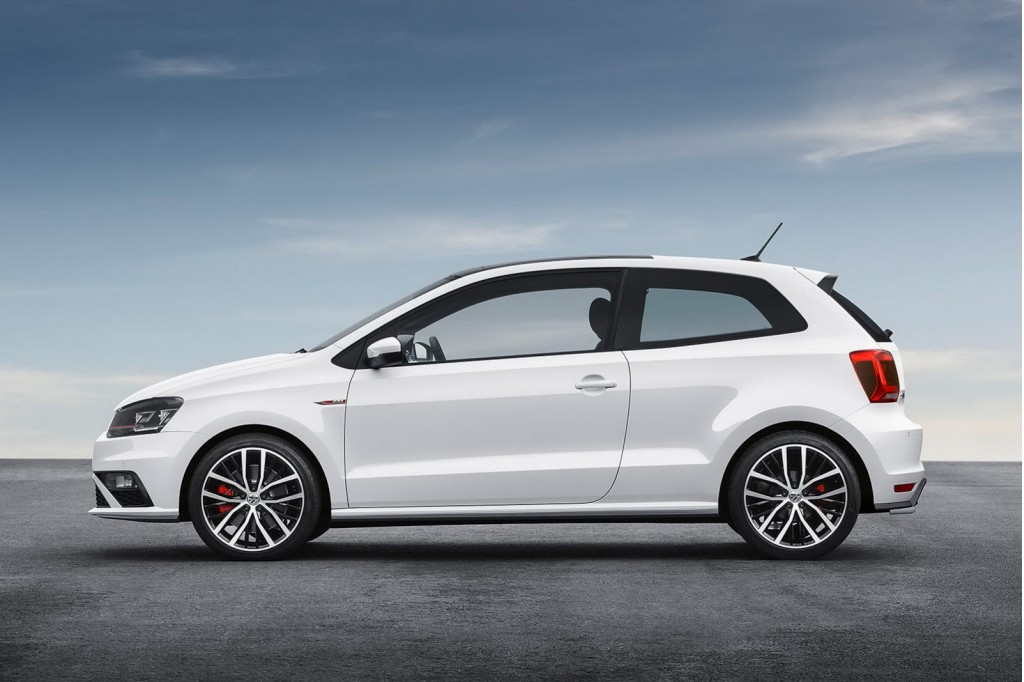 2014 Volkswagen Polo GTI: Volkswagen’s Polo subcompact sold overseas recently underwent a mid-cycle update of its own, and in Paris we’ll see the updated version of the sporty Polo GTI. The big news is the introduction of a larger and more powerful 1.8-liter TSI instead of the original model’s 1.4-liter mill. The new engine is part of the Volkswagen Group’s latest EA888 gasoline engine family and is rated at 189 horsepower and 236 pound-feet of torque, up 11 hp and 56 lb-ft on the previous unit.

Hit the next page to see the luxury cars that will be on display at the 2014 Paris Auto Show, and remember to follow our dedicated show hub for all the latest updates 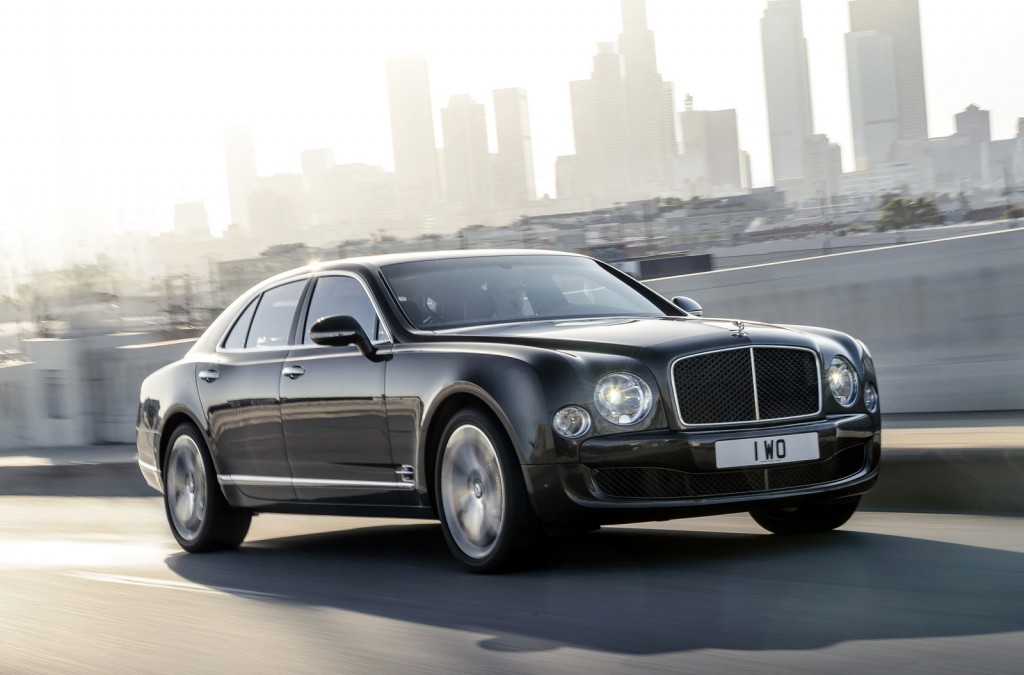 2015 Bentley Mulsanne Speed: Bentley revealed a faster Mulsanne this month, appeasing the needs of lead-footed chauffeurs the world over. The car is called the Mulsanne Speed, and it can rocket to 60 mph in just 4.8 seconds despite weighing almost 6,000 pounds. The new Mulsanne variant retains Bentley’s endearing 6.75-liter V-8, but output has been turned up to 530 horsepower and 811 pound-feet of torque, the latter of which is delivered at just 1,750 rpm. If that wasn't enough, the efficiency of the V-8 engine has been improved too. 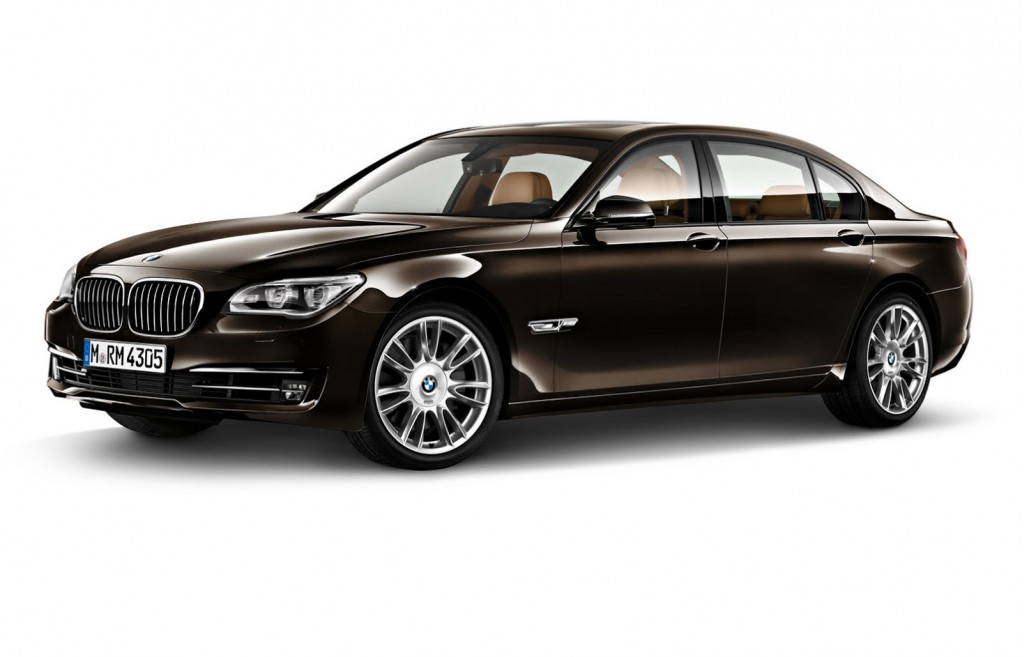 2015 BMW 7-Series Individual Final Edition: There’s a new generation of the BMW 7-Series just around the corner, so to mark the coming end of the current generation of its flagship sedan BMW will present a special ‘Final Edition’ version developed by its BMW Individual personalization department. The special 7-Series will be presented for the first time at the 2014 Paris Auto Show and at present it’s only been confirmed for the French market. 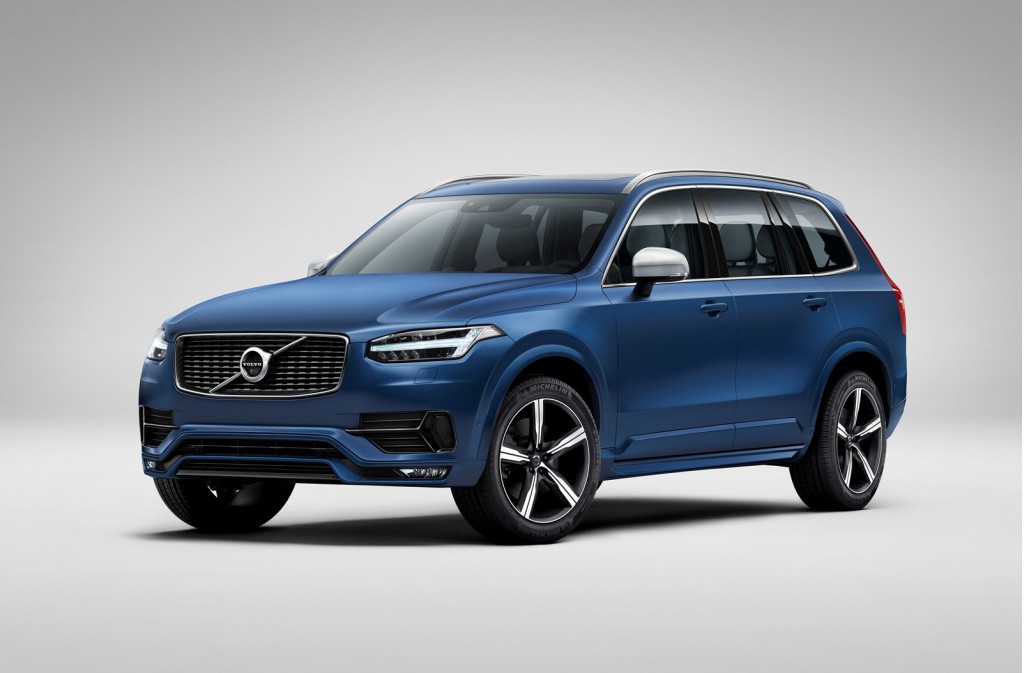 2016 Volvo XC90: Late last month we saw the covers come off Volvo’s new XC90, which is the first all-new design for the popular seven-seat SUV since the launch of the original model back at the 2002 Detroit Auto Show. At the 2014 Paris Auto Show this week, we’ll get a second look at the vehicle, and this time its sporty R-Design trim will also be on display. While the R-Design trim adds a sporty touch to Volvo’s offerings, a new Momentum trim also available is aimed at those after value and an Inscription trim is aimed at those seeking luxury. 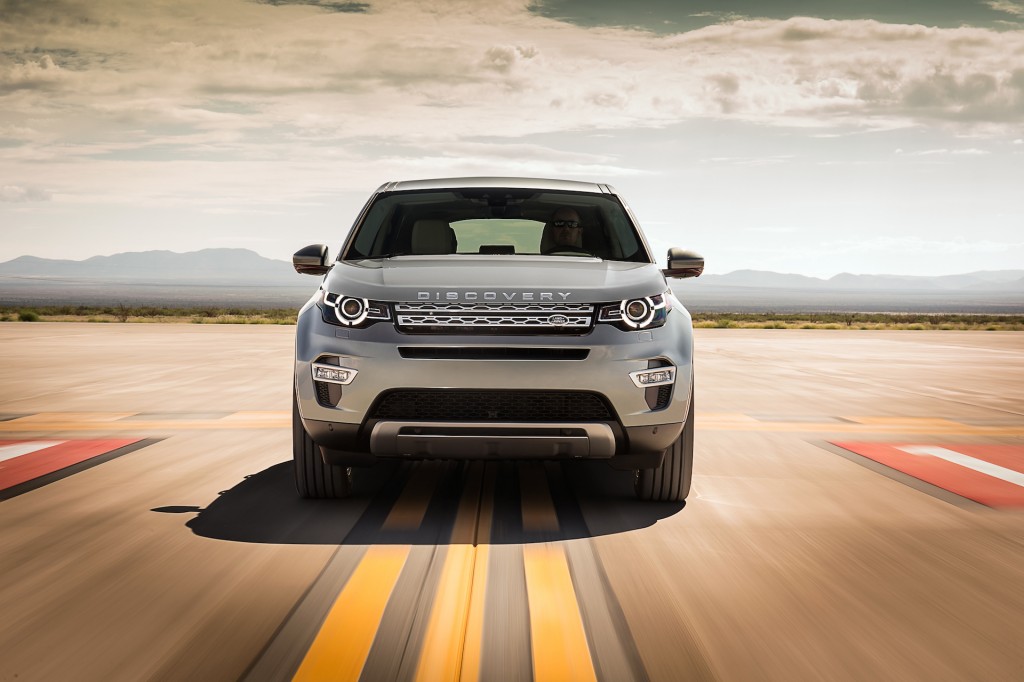 2015 Land Rover Discovery Sport: Another luxury SUV in Paris will be the all-new Discovery Sport, the replacement for the aging LR2 and the first member of Land Rover’s new ‘Discovery’ family of models. The vehicle targets the BMW X3 and Mercedes-Benz GLK, and a starting price of just $37,995 means the SUV remains affordable enough to tread mainstream waters. However, as you’d expect, it can be optioned well up into headier territory as well. Its engine is a 240-horsepower turbocharged 2.0-liter four-cylinder, and drive goes to all four wheels via a nine-speed automatic transmission. 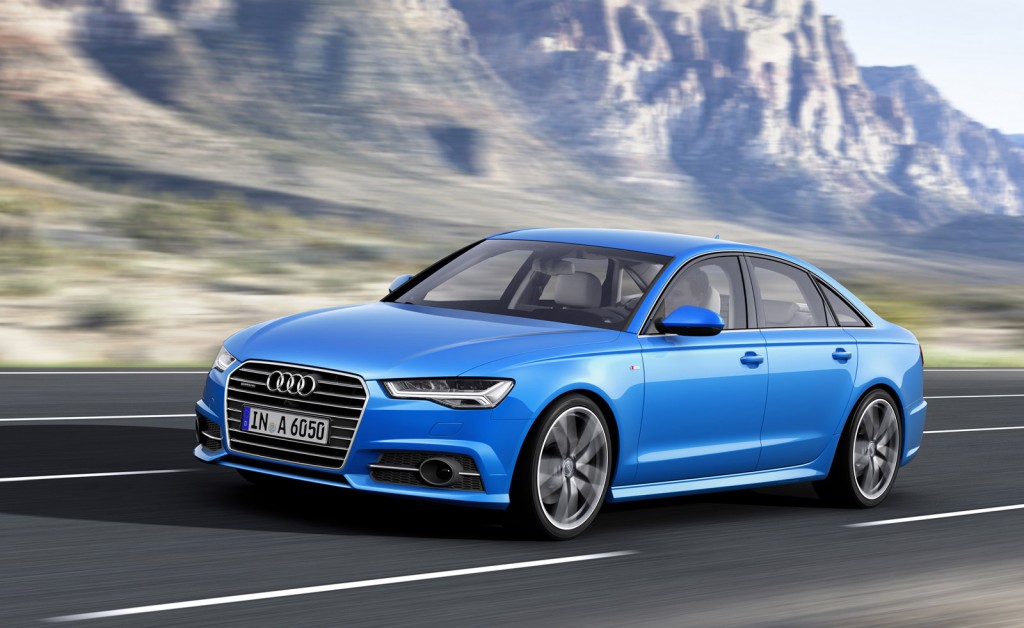 2016 Audi A6 And S6: The 2016 model year sees Audi’s A6 undergo its mid-cycle update, and the latest version of the stylish sedan benefits from some subtle tweaks to the exterior, new engines and transmissions, and a new infotainment system. The changes affect the complete A6 range, including the sporty S6 as well as the A6 Avant, A6 Allroad and high-performance RS 6 Avant models that we miss out on here in the U.S. 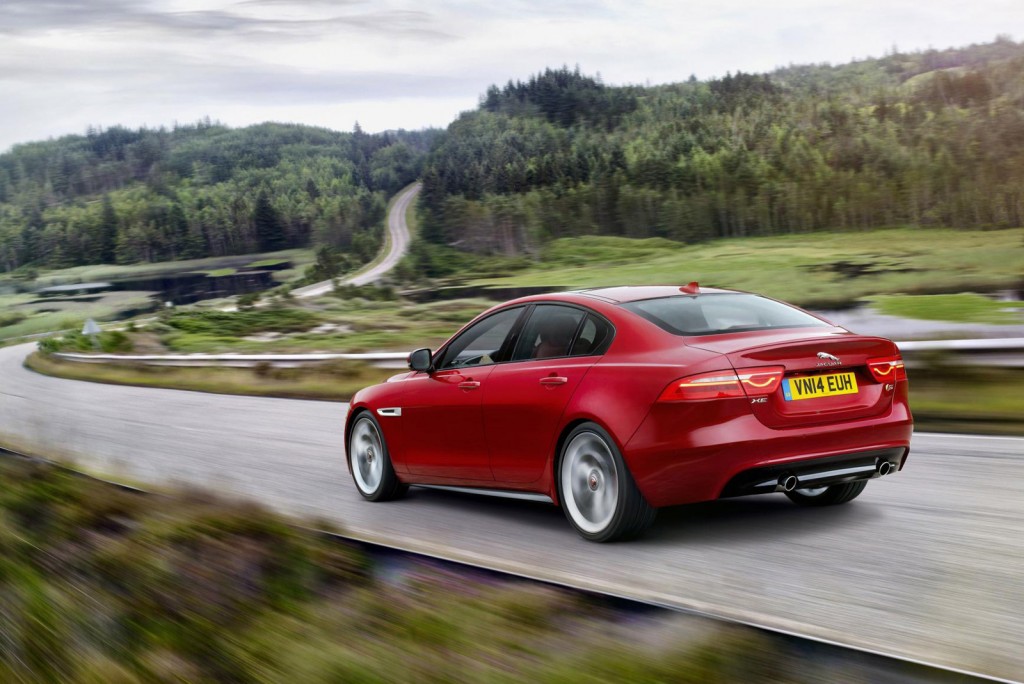 2017 Jaguar XE: Jaguar’s rival to the BMW 3-Series and Mercedes-Benz C-Class, the all-new 2017 XE, has been revealed, and soon we’ll be able to bring you plenty of live photos of it. So far the car looks great, and its lightweight aluminum chassis and sophisticated suspension should ensure it’s great to drive too. The core model in the U.S. is expected to be the 2017 Jaguar XE S, which is powered by a supercharged 3.0-liter V-6 rated at 340 horsepower and 332 pound-feet of torque. The base XE will come with a turbocharged 2.0-liter four-cylinder and we hear there'll also be a high-performance XE SVR packing a V-8.

Hit the next page for a rundown of some of the other cars appearing at the 2014 Paris Auto Show, and remember to follow our

dedicated show hub for all the latest updates. 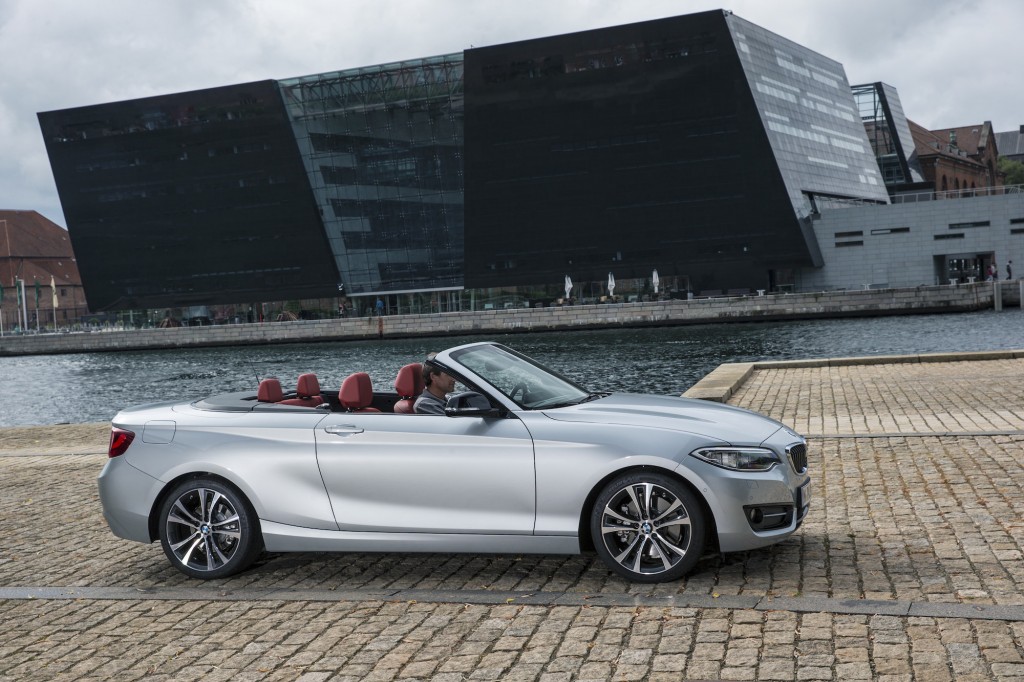 That’s it for now, but remember, at any time you’ll be able to access the latest information from the 2014 Paris Auto Show via our dedicated hub.