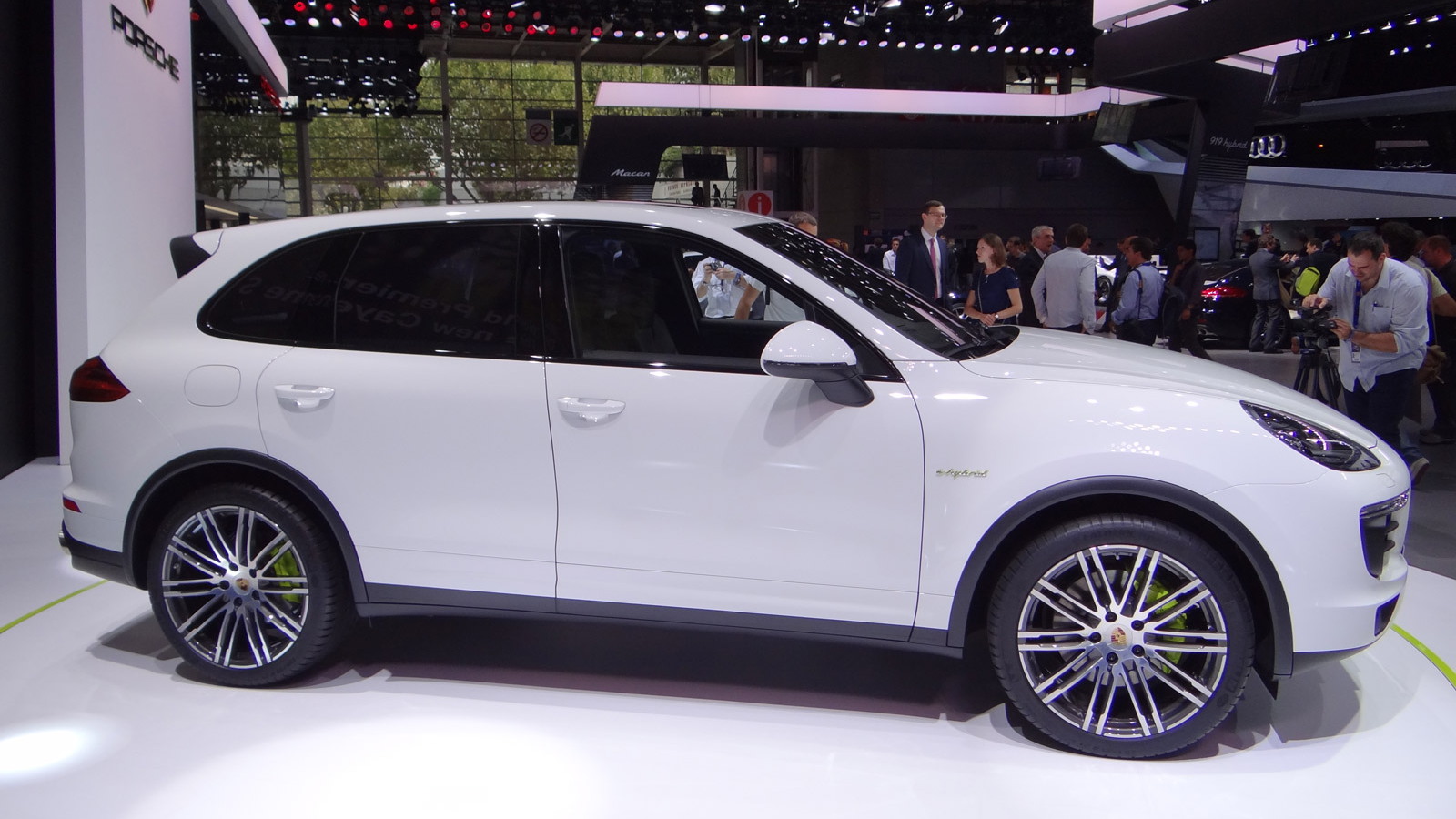 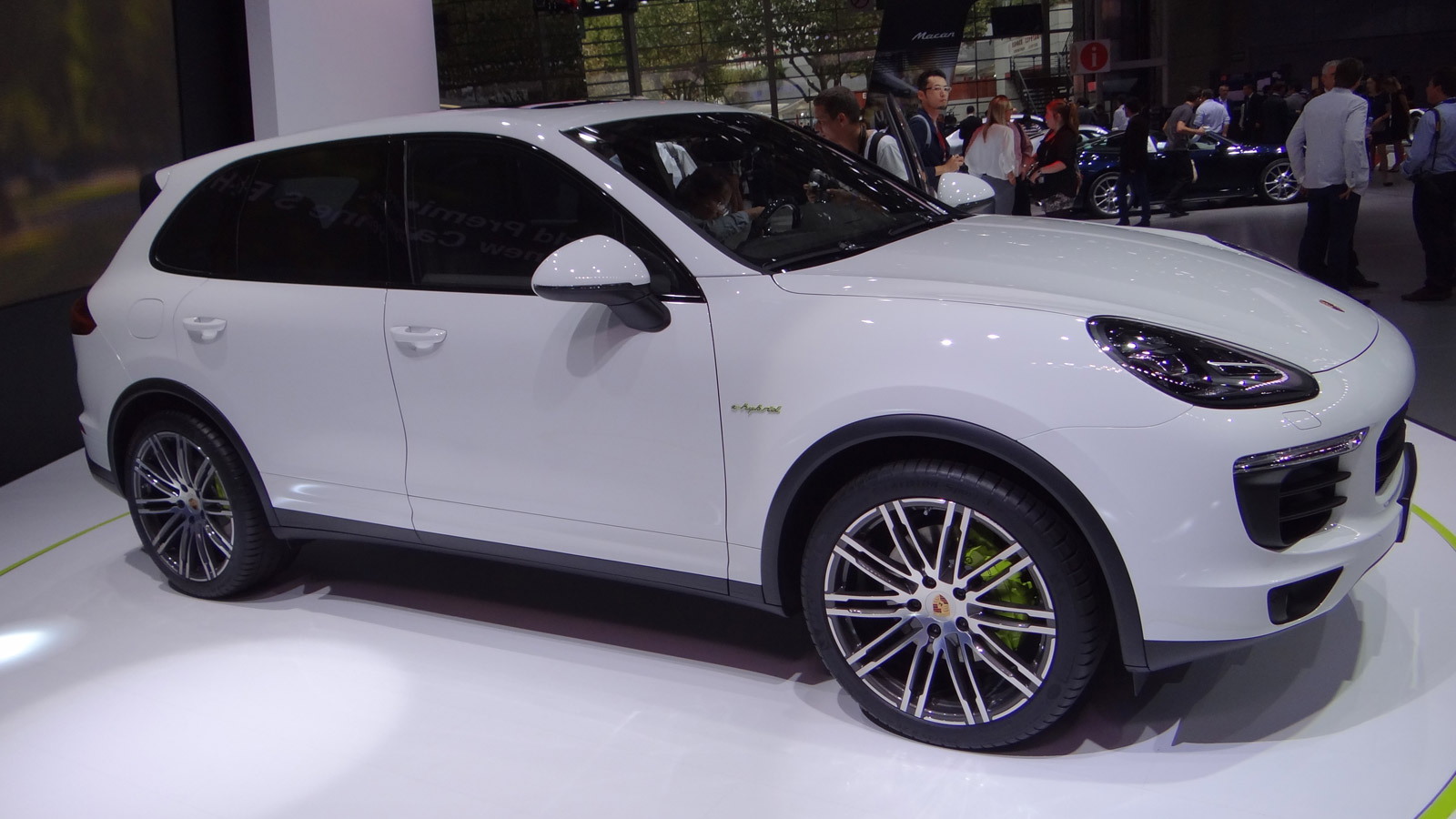 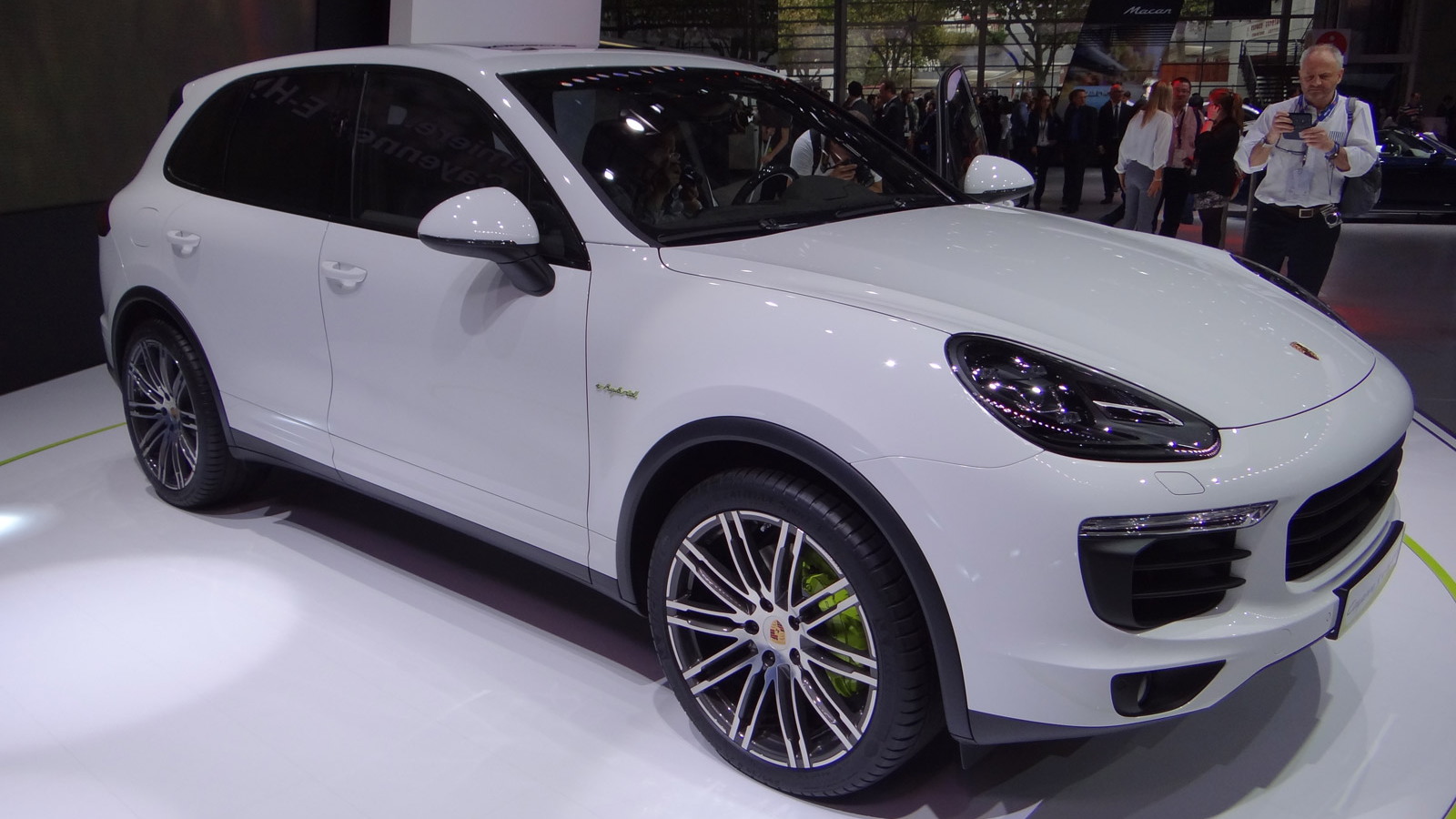 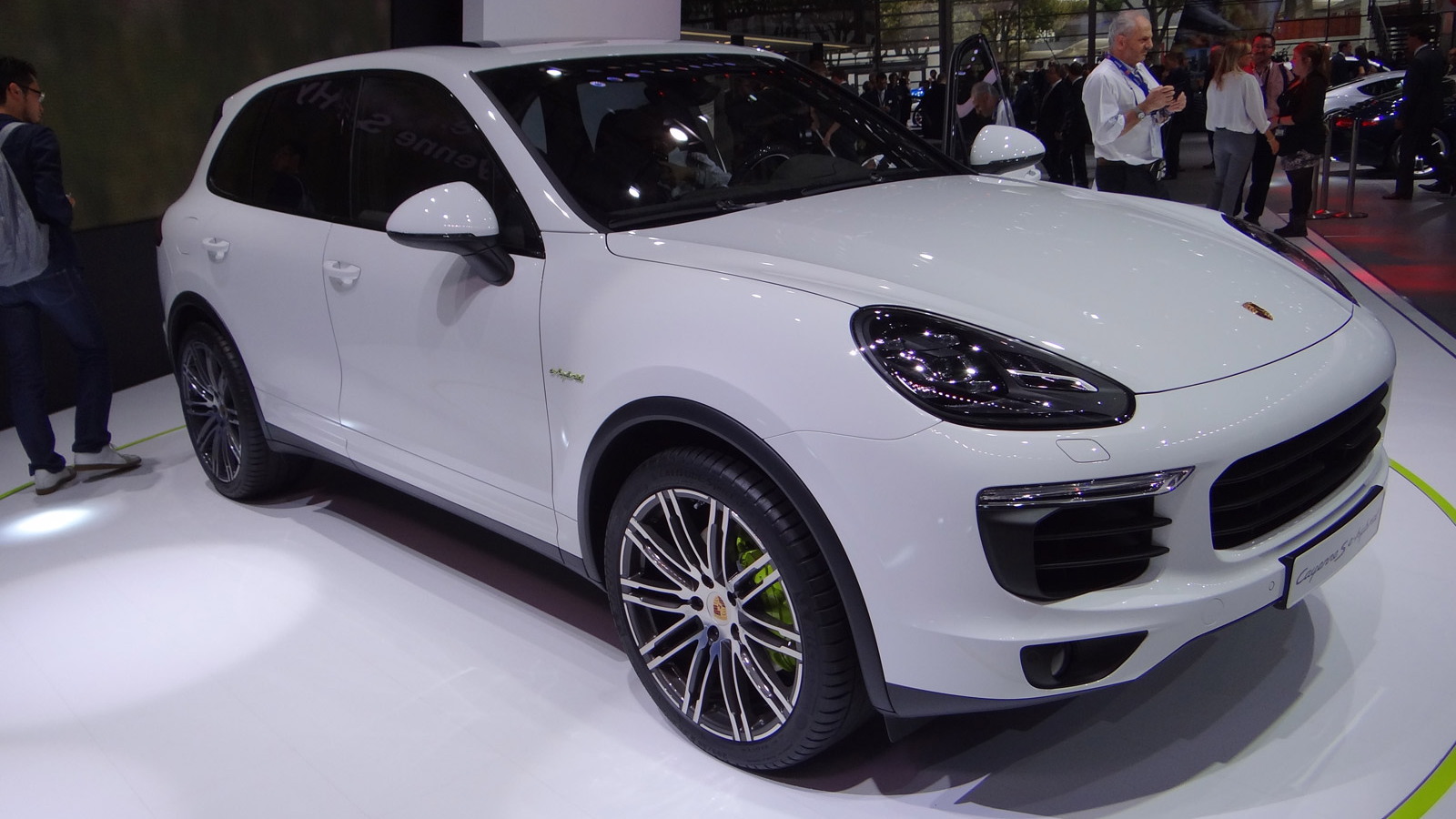 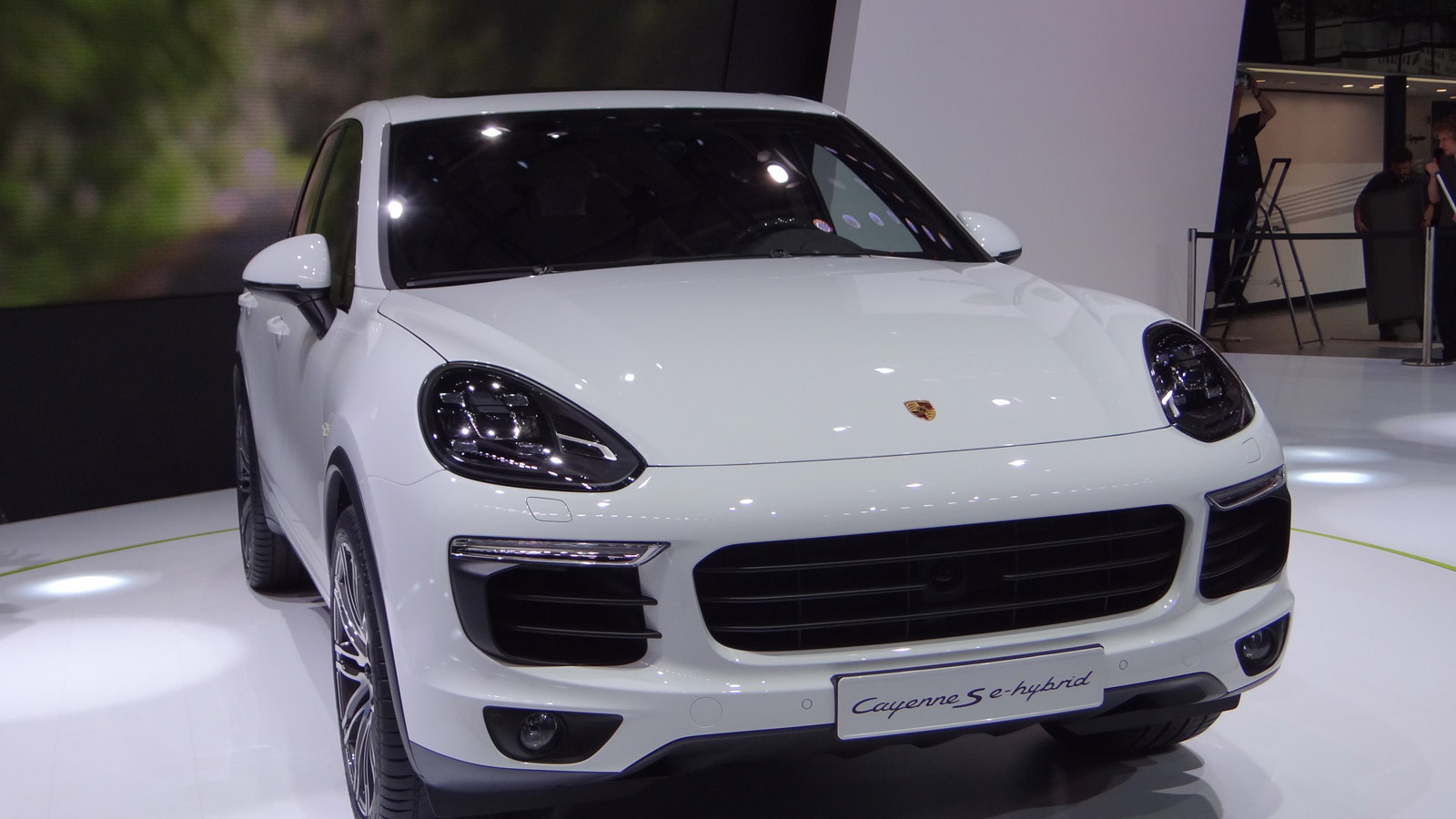 The Porsche Cayenne is unquestionably not a sports car, but at the same time, it’s a darned sport SUV. And for the 2015 model year, it gets some spiffier sheet metal, some equipment tweaks, and, most importantly, a pair of new powertrains.

First up, the new Cayenne S E Hybrid, unveiled today at the 2014 Paris Auto Show. Sharing much of its internals with the Panamera S E Hybrid, the new plug-in hybrid Cayenne is Porsche’s third plug-in model, and it promises significantly improved gas mileage in some use cases, including limited all-electric range.

A 10.8-kWh lithium-ion battery pack can be charged via plug-in power or from the 333-horsepower, 3.0-liter supercharged V-6 engine on the fly. A 95-hp electric motor provides all-electric drive mode and efficiency-boosting hybrid thrust, depending on the circumstances and charge level. Total combined system power for the Cayenne S E Hybrid is rated at 416 hp. Top speed in all-electric mode is 78 mph, and while Porsche hasn’t stated a range for the Cayenne’s electric mode, our drive in the Panamera S E Hybrid showed ranges of 18-30 miles were possible, depending on driving conditions.

The Cayenne Diesel and Cayenne Turbo carry forward into the new model year, with the updates focused on those found across the 2015 Cayenne range: aesthetics.

Sharper, more precise lines, updated front fenders and hood, and new “airblade” fins on each side of the front end, used to guide air for improved cooling. Bi-Xenon headlights are standard on all models except the Turbo, which gets LED headlights with Porsche Dynamic Light System.

At the rear, the 2015 Cayenne gets a new three-dimensional look to the tail lights and four-element brake lights. The tailgate lid has been re-profiled, and new tailpipes are integrated into the bumper cover.

Inside, a new multifunction sport steering wheel is standard across the range, with design and features drawn from the 918 Spyder plug-in hybrid supercar. The rear seats have been redesigned for improved comfort, and seat ventilation is now available as an option.