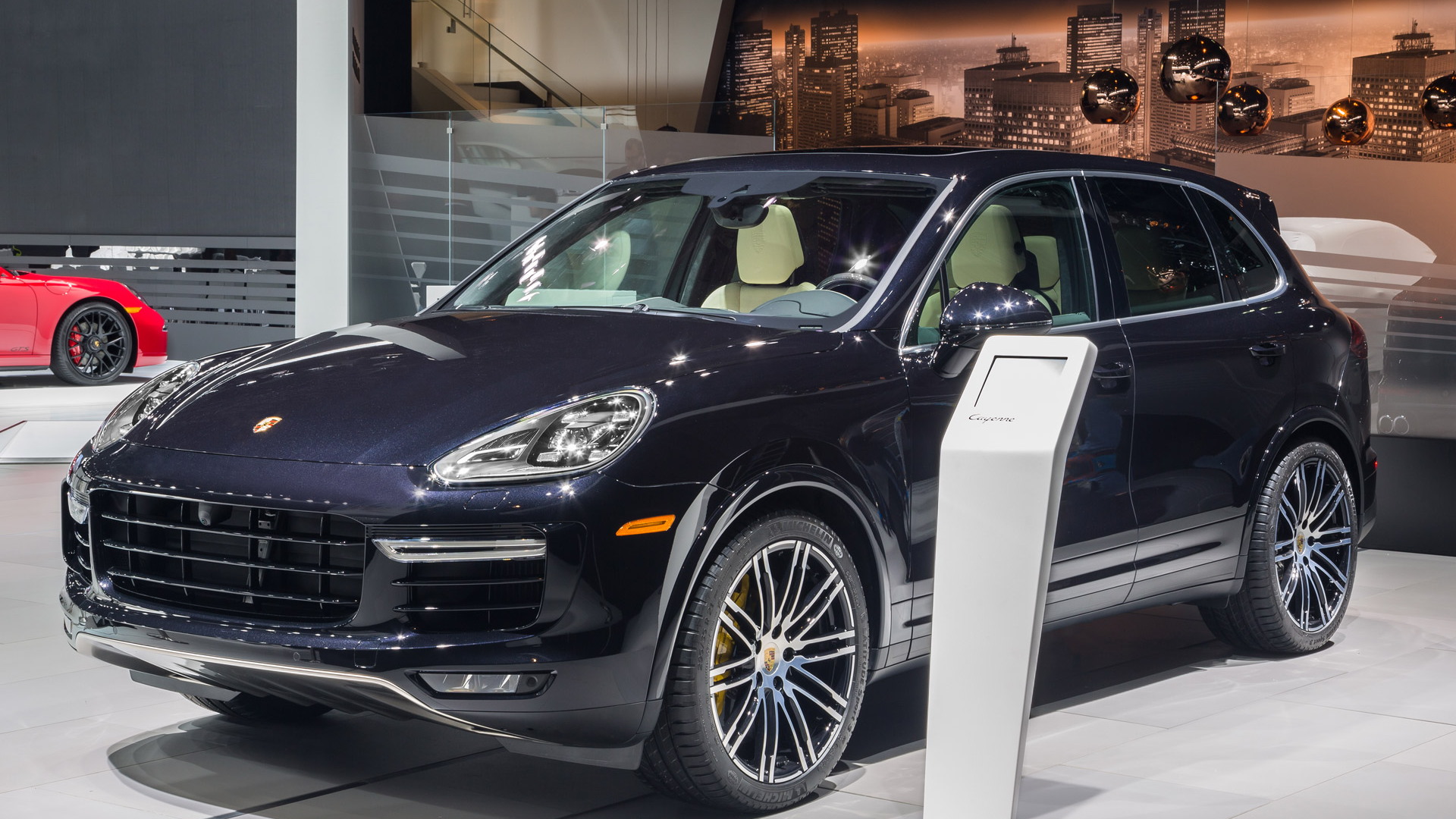 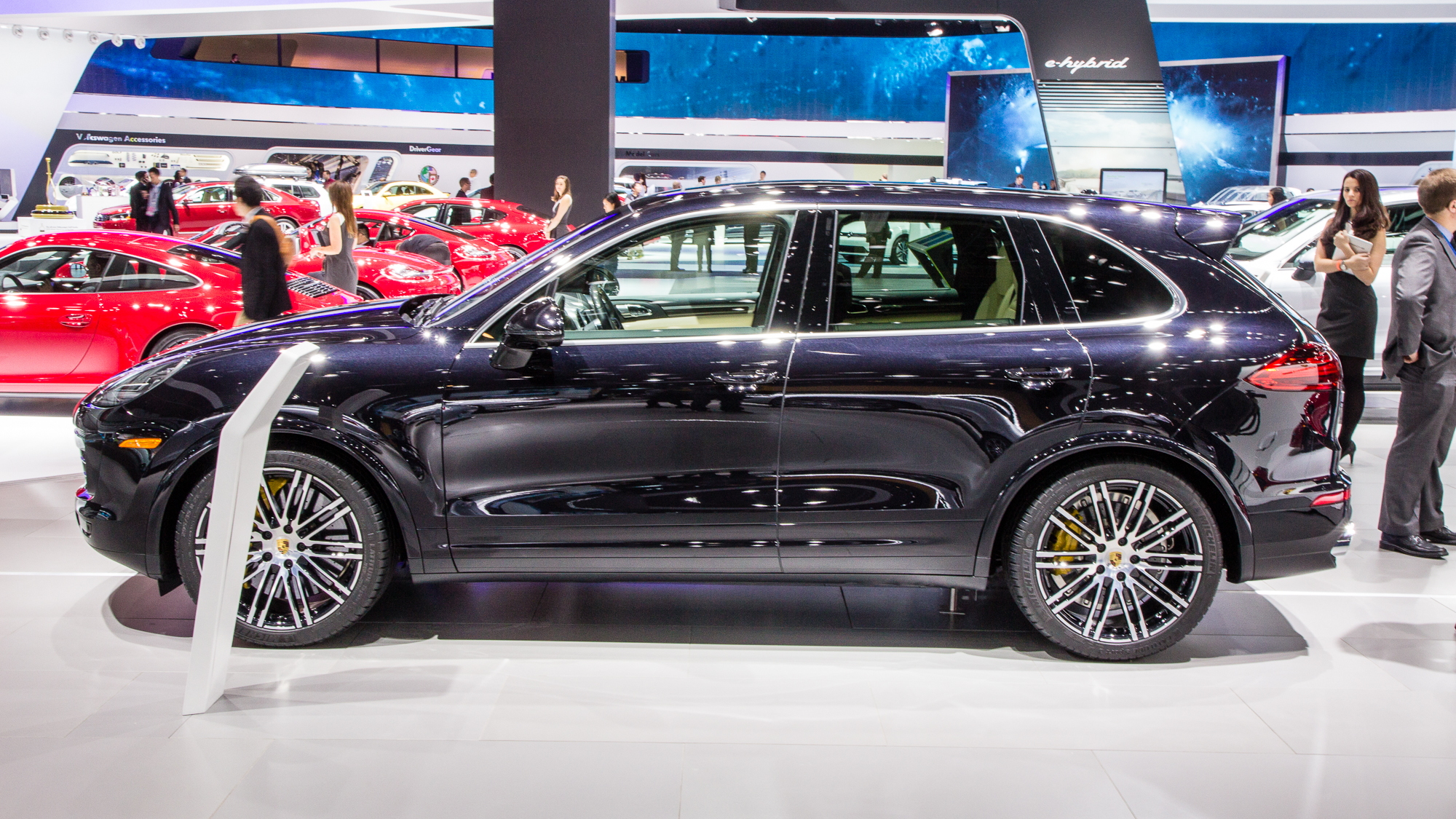 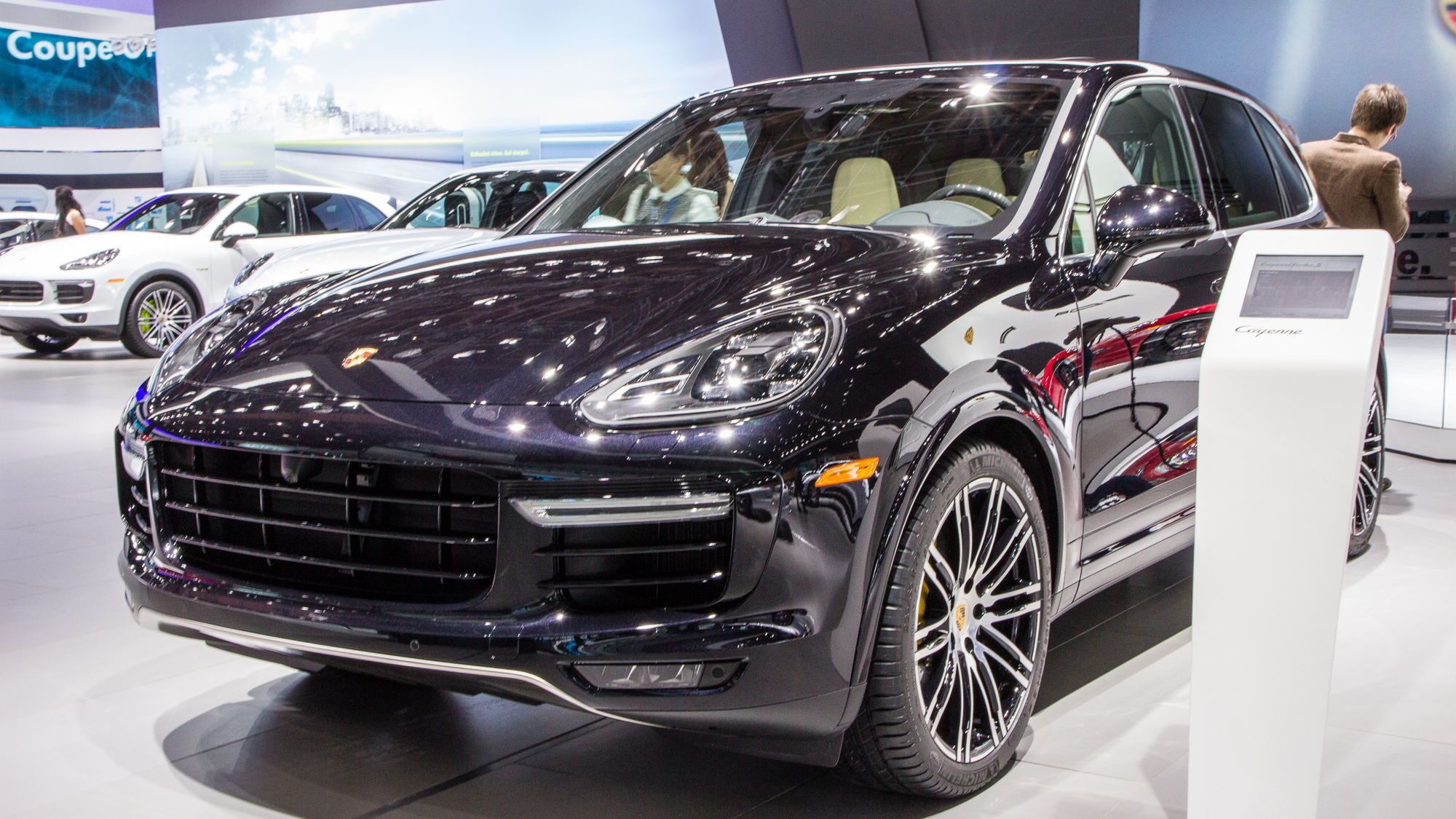 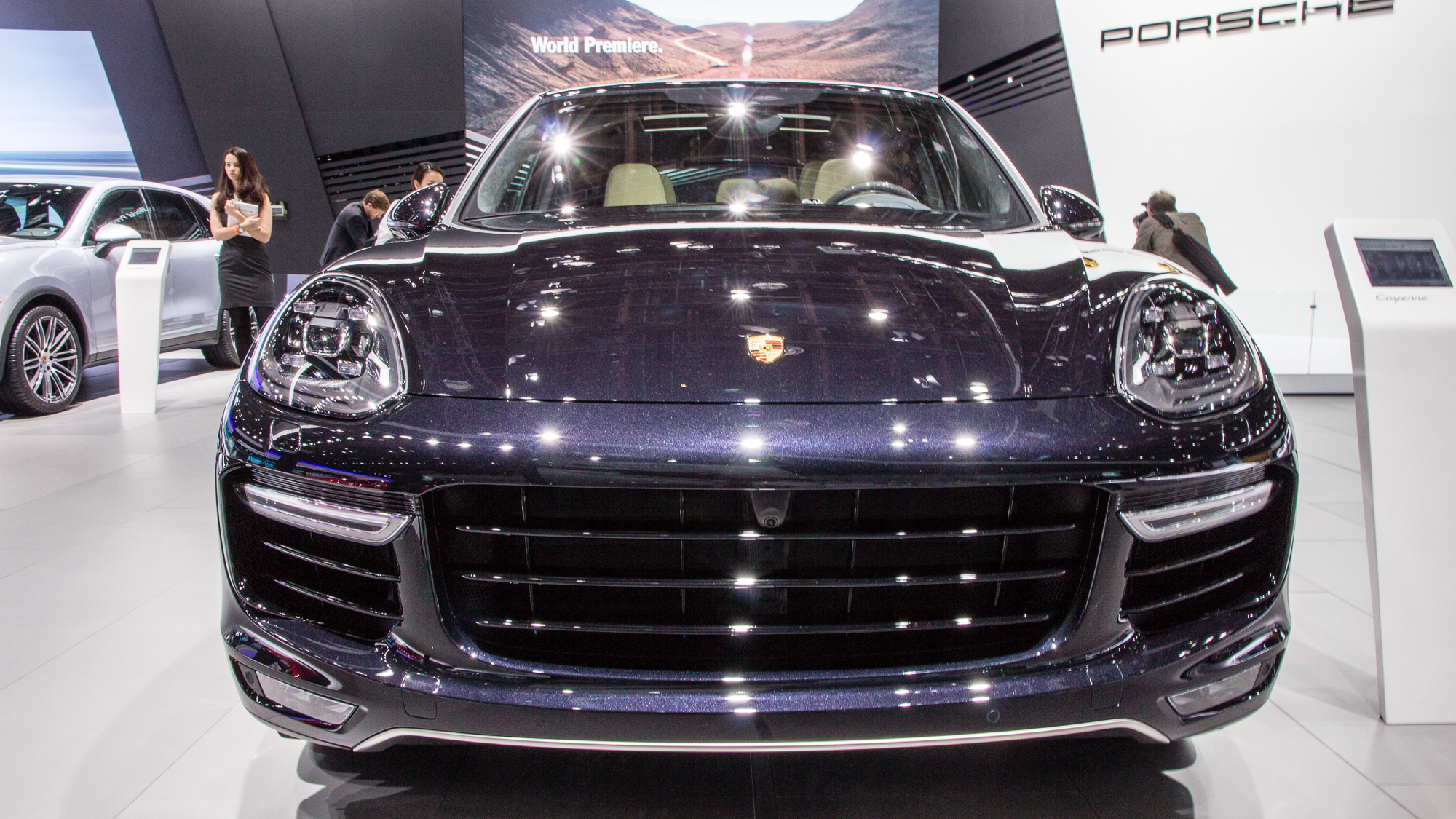 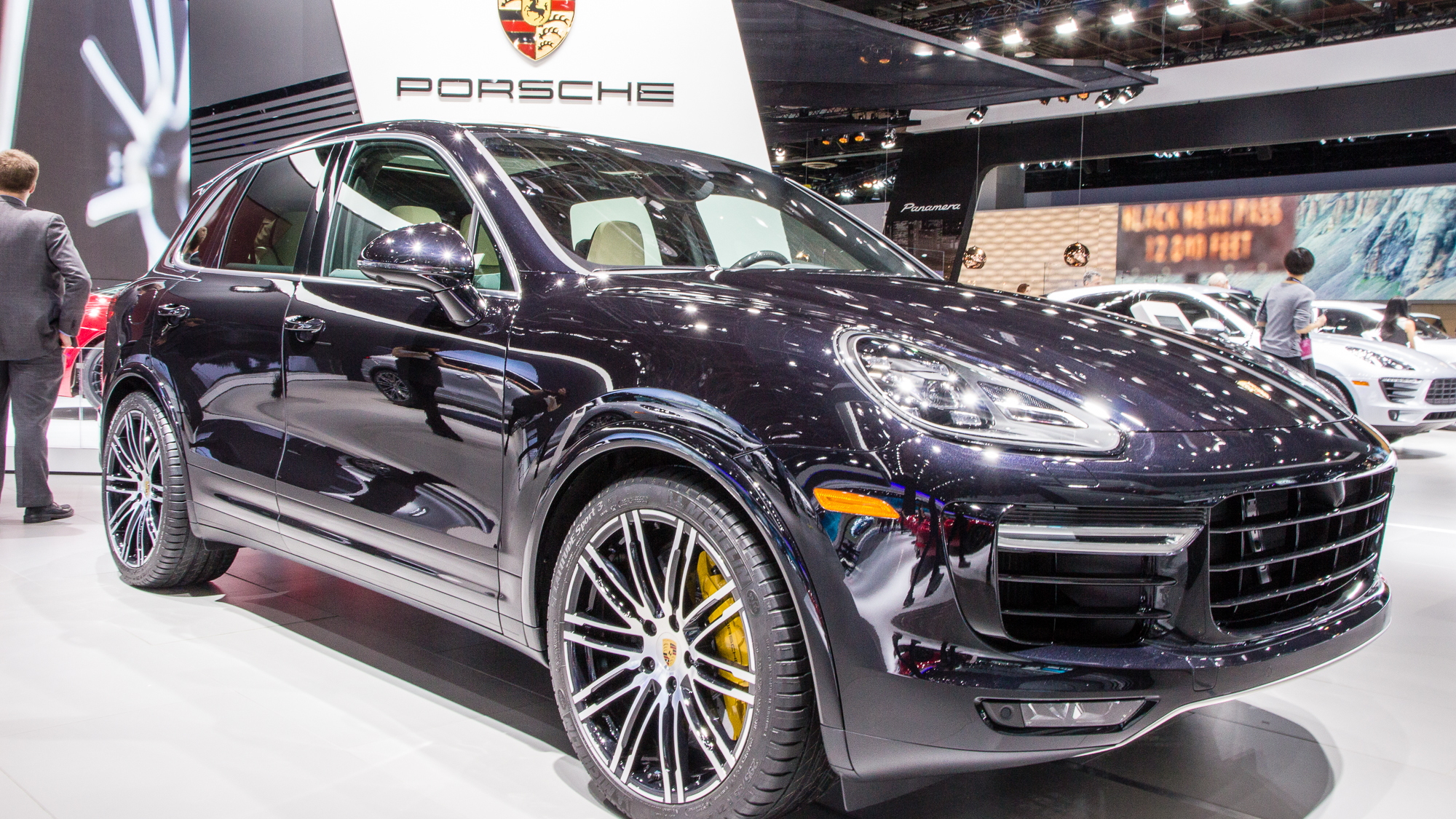 Porsche has introduced an updated version of its Cayenne Turbo S at the 2015 Detroit Auto Show, and the latest version is more insane than ever. It also lays claim to the title of world’s fastest SUV, with Porsche confirming that the 570-horsepower beast can lap Germany’s notorious Nürburgring race track in just 7:59.74. That lap time obliterates the 8:14 figure Land Rover claims for its Range Rover Sport SVR and puts the Porsche in the same league as some dedicated sports cars.

But unlike a sports car, the Cayenne Turbo S can comfortably seat five adults and carry all of their gear. The interior is fully lined in the finest leather, with the seats all featuring the Porsche logo on their head restraints. A new black and cream color combination has been introduced, and customers can also opt to have carbon fiber interior accents added.

But the heart of a Porsche is its engine, and in the Cayenne Turbo S sits a twin-turbocharged 4.8-liter V-8. This is the same engine fitted to the outgoing model, but output has been lifted to 570 horsepower and 590 pound-feet, up from 550 hp and 553 lb-ft. This allows the SUV to accelerate to 60 mph from rest in a mind-boggling 3.8 seconds, down 0.4 of a second than previously, and it also sees the top speed come in at 176 mph. A key change was integrating the turbochargers directly in the exhaust manifolds, which has helped the engine to become more responsive.

There has also been a number of chassis tweaks. Massive carbon ceramic brake discs are fitted as standard on the Cayenne Turbo, measuring 16.5 inches up front and 14.6 inches in the rear. The front brakes also feature 10-piston calipers, while at the rear a four-pot set is used. The brakes sit within 21-inch wheels that feature a design similar to that used on the 911 Turbo.

Standard dynamic systems include the Porsche Dynamic Chassis Control (PDCC) active roll stabilization system, Porsche Torque Vectoring Plus (PTV Plus) for torque distribution between the right and left sides of the vehicle, and Porsche Traction Management (PTM) which distributes torque front to rear. In regular driving, the PTM system sends most of the engine torque to the rear wheels for that classic rear-drive feel. The transmission is an eight-speed automatic.

Visual tweaks for the latest Cayenne Turbo S include LED headlights and gloss black detailing on the air intake surrounds and side mirror caps. A sport exhaust system is also available. The updated Porsche Cayenne Turbo S sails into showrooms in late April, priced from $158,295 including $995 in shipping charges.

For information on the rest of the updated Porsche Cayenne range, click here, and for more from the Detroit Auto Show, head to our dedicated hub.