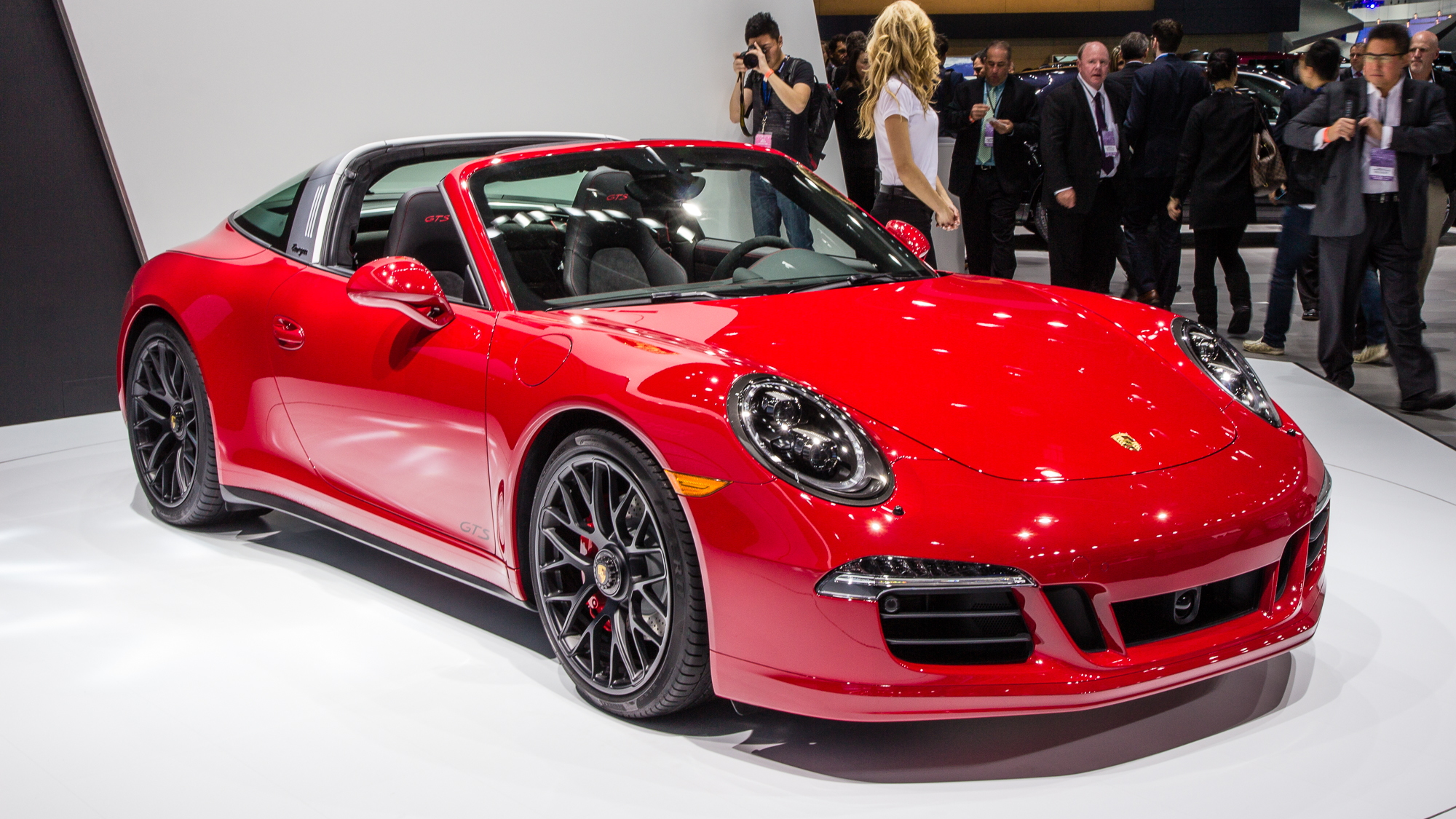 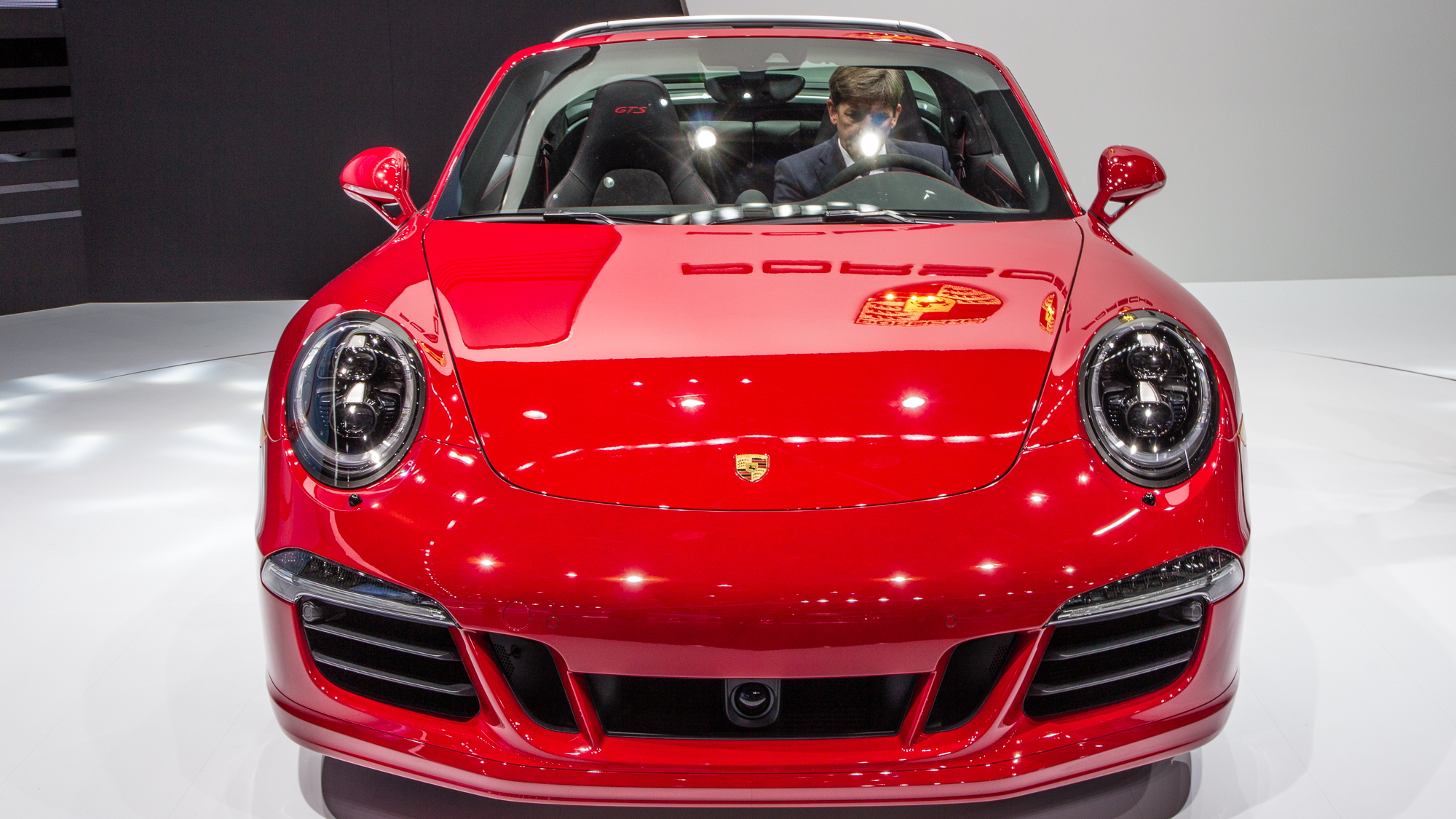 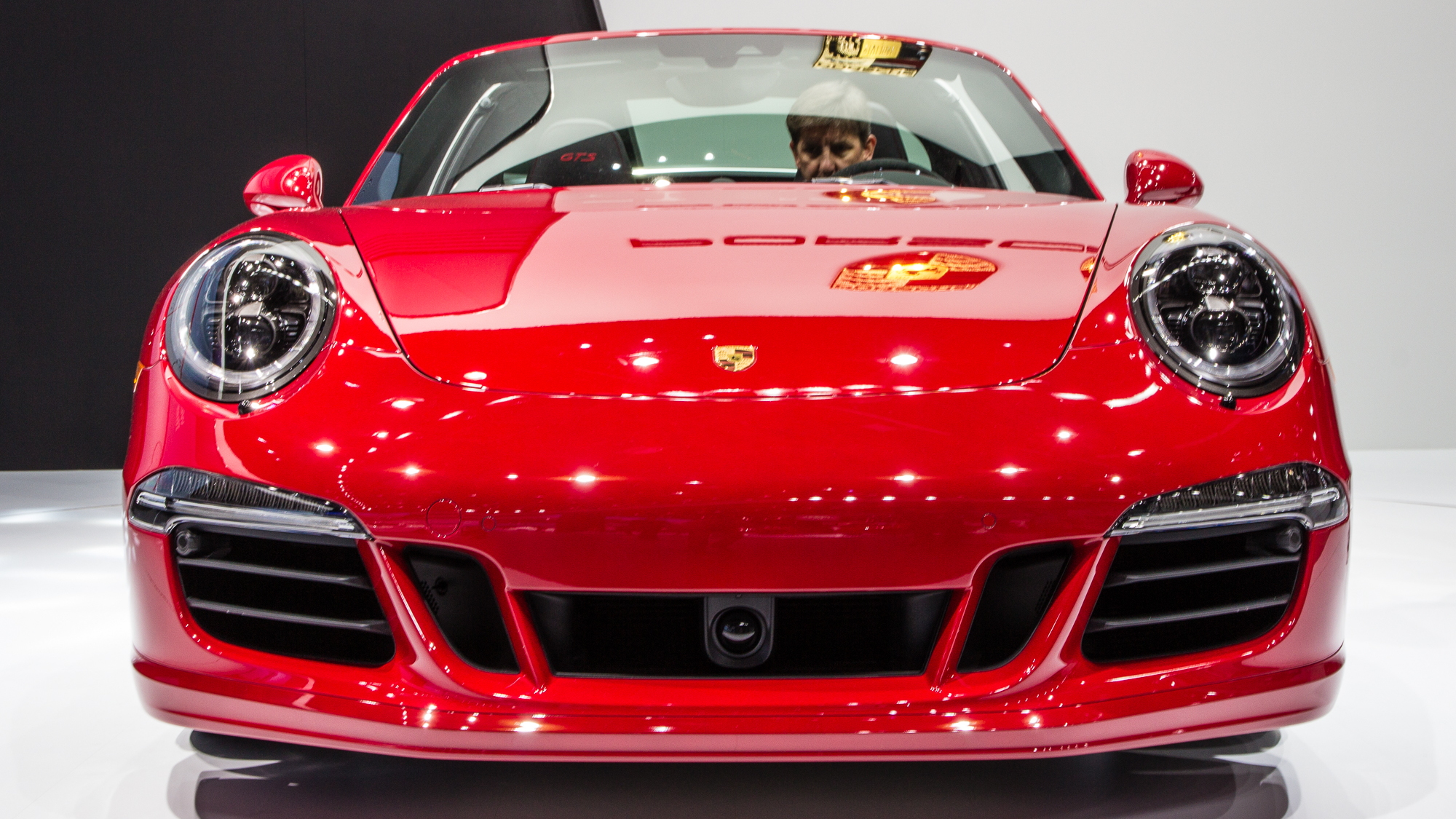 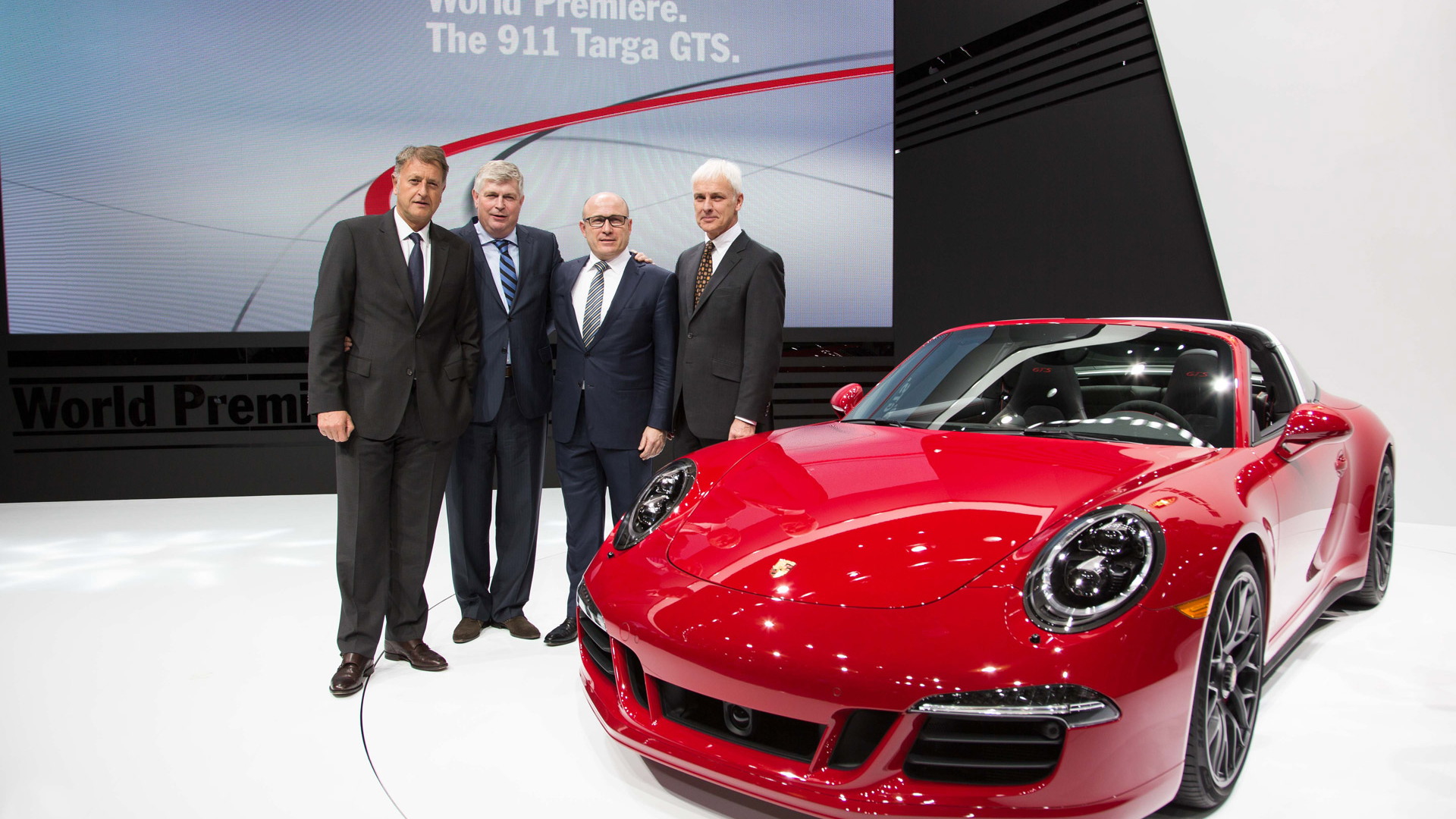 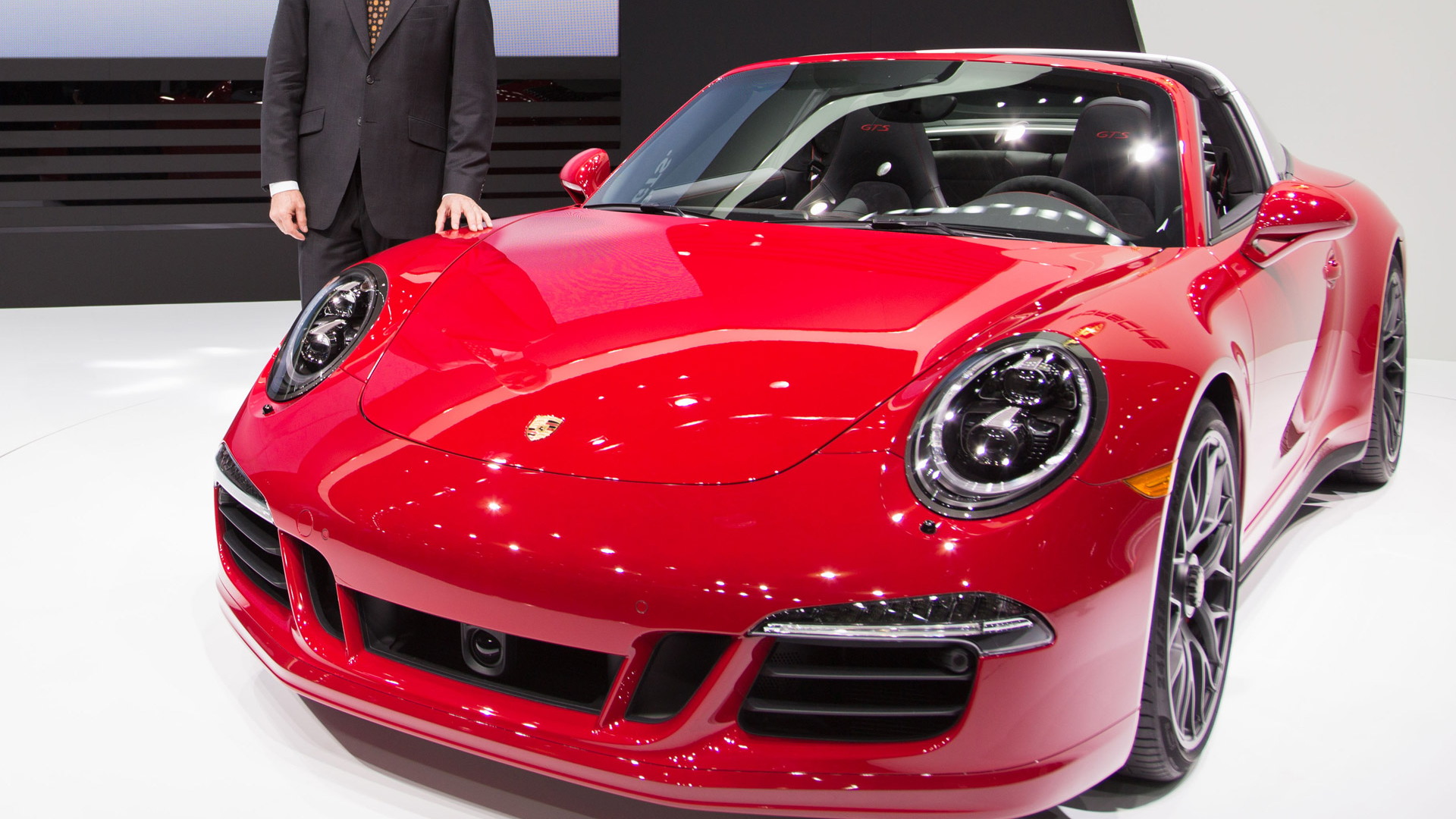 18
photos
Open-air motoring enthusiasts in cold-weather climates, rejoice for your new toy has arrived. Say hello to the 2015 Porsche 911 Targa 4 GTS. That combination of letters and numbers is a mouthful, yes, but it also tells you a lot about the vehicle at which you're staring. Targa lets you know the roof opens up, the 4 means it's all-wheel-drive, and the GTS means it's more fun to drive than your standard 911.

This is the first time that Porsche has offered a tuned-up version of its Targa-roofed 911. Out back, the 3.8-liter engine produces 430 horsepower and great noise thanks to the sport exhaust system. Porsche also pairs the GTS version of its 911 with the Sport Chrono package, the PASM chassis goodies, and center-locking 20-inch wheels plucked from the Turbo model.

All of these upgrades ensure that the Targa 4 GTS will dash from 0-60 mph in just 4.1 seconds. Keep the throttle pressed for long enough and you'll run into the 186 mph top speed. Aesthetically, the car already looks fast when its massive brakes have brought it to a stop. That's due in part to the fact that the all-wheel-drive version here sees its fenders flared a bit compared to the rear-wheel-drive version.

Inside, the cabin takes its usual Alcantara bath. Also, the space is fitted with Sport Plus seats to make sure you're both comfortable and properly confined during extra-legal maneuvering.

Porsche will start sending out its newest Targa to customers in late April. Pricing is set at $133,795 with shipping... Keep spending that dentist money!