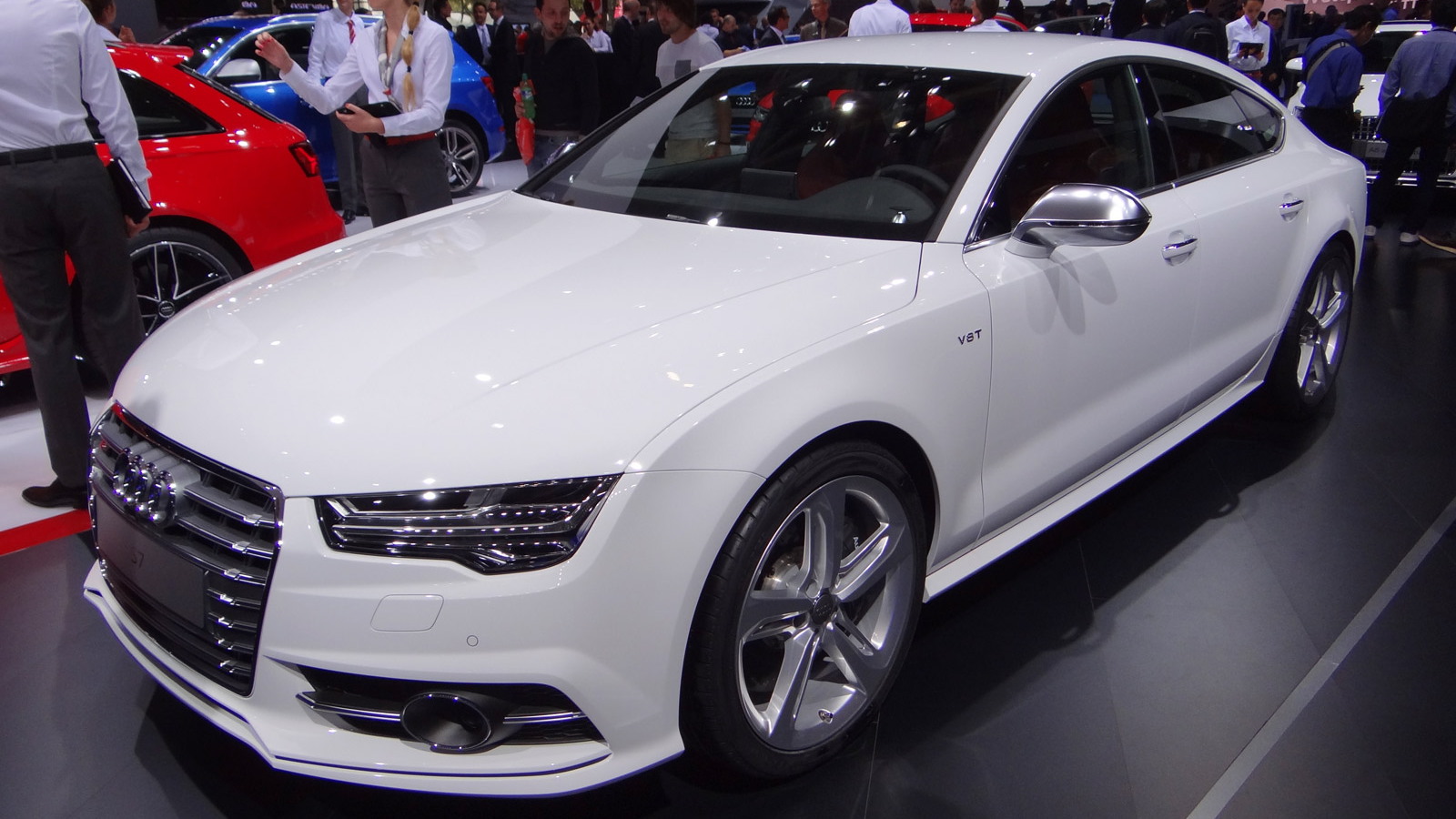 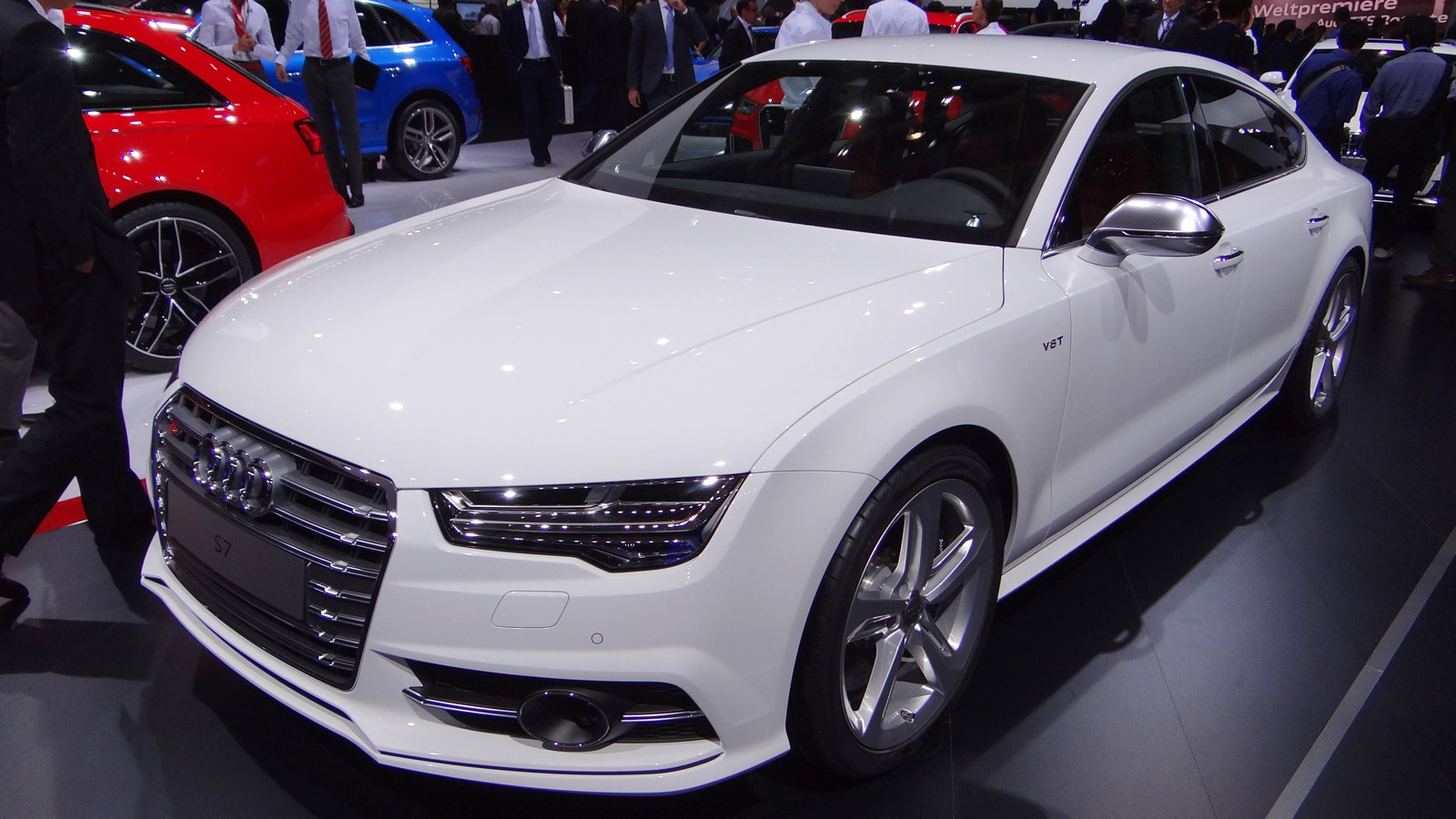 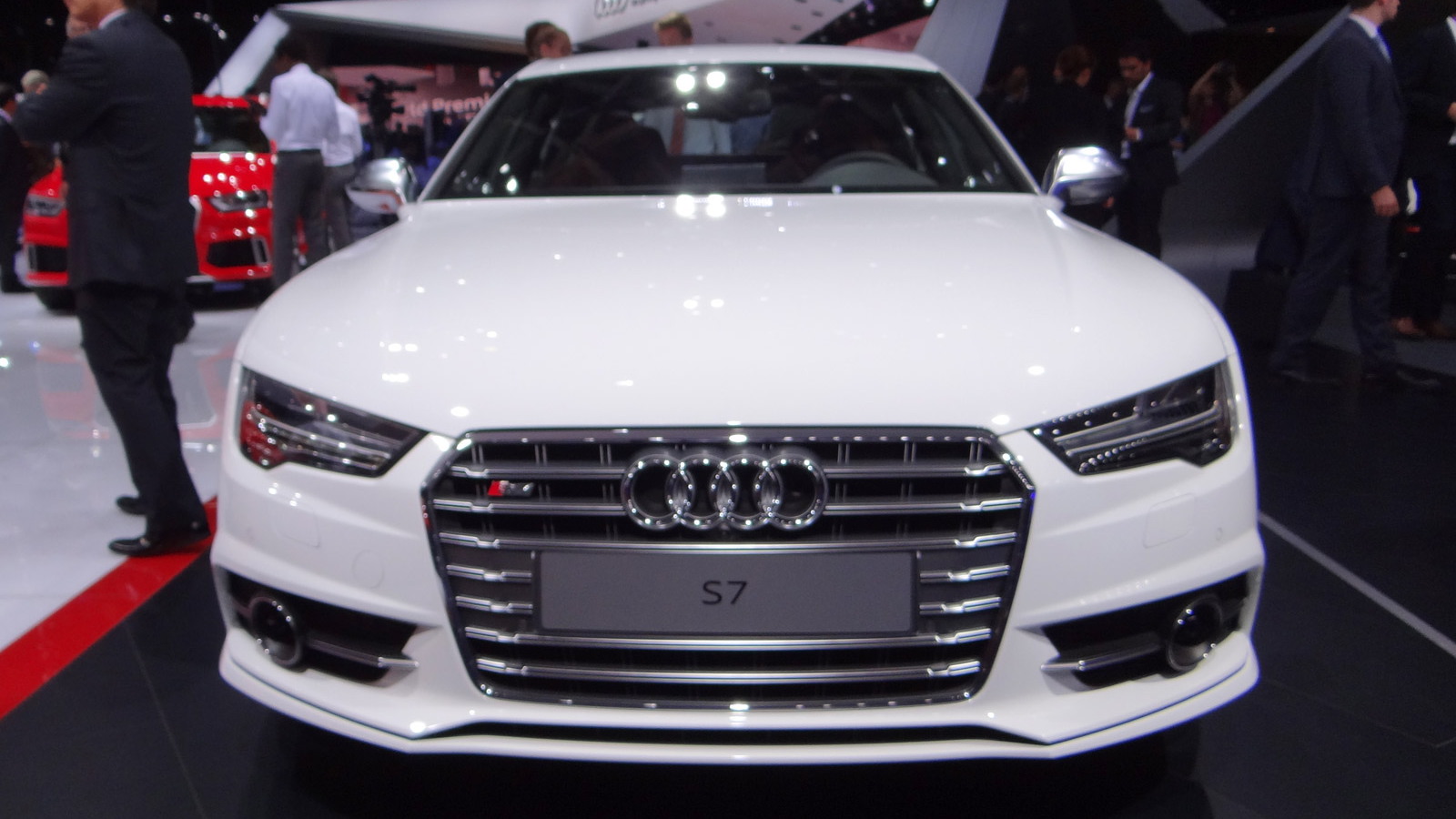 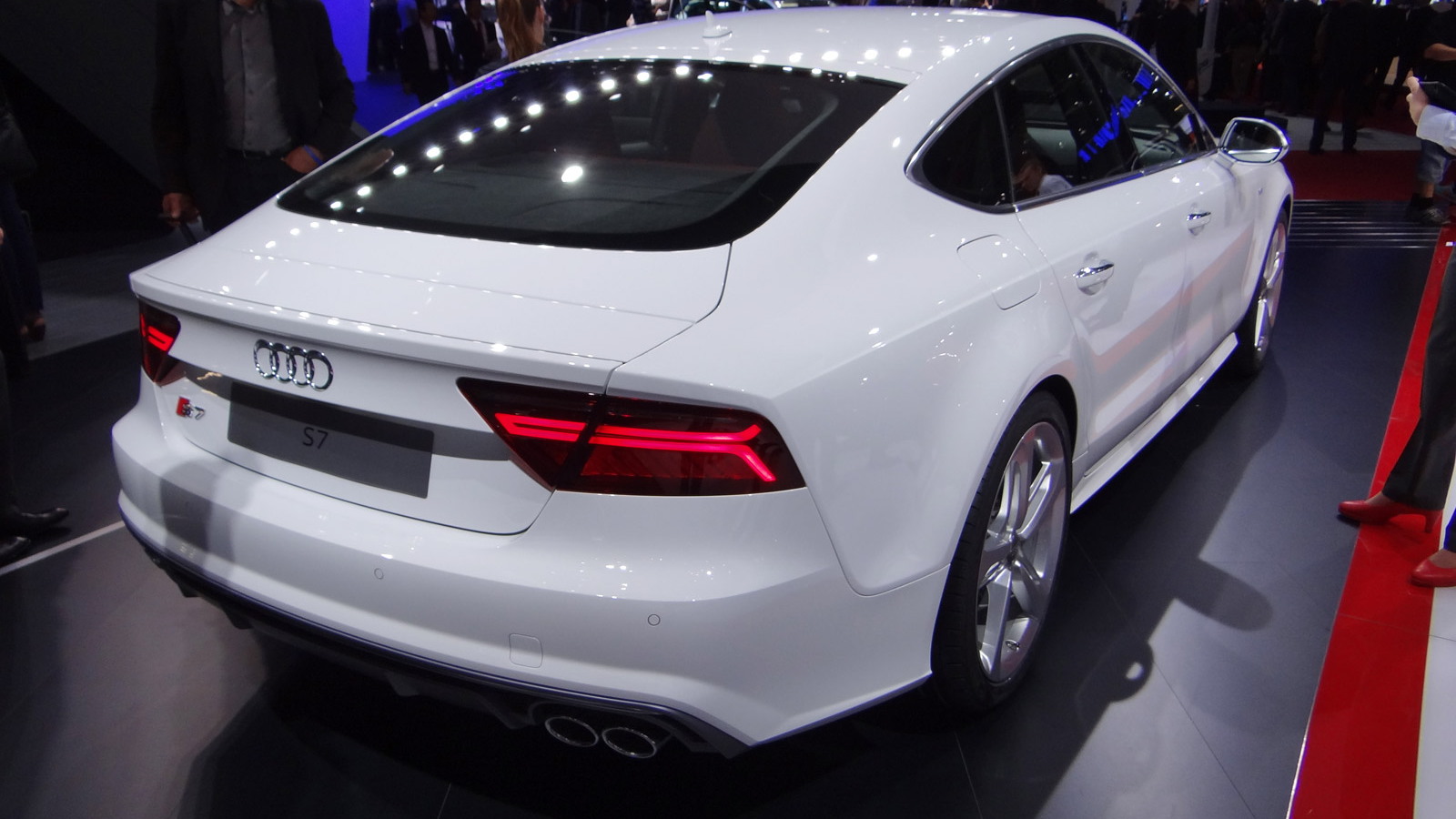 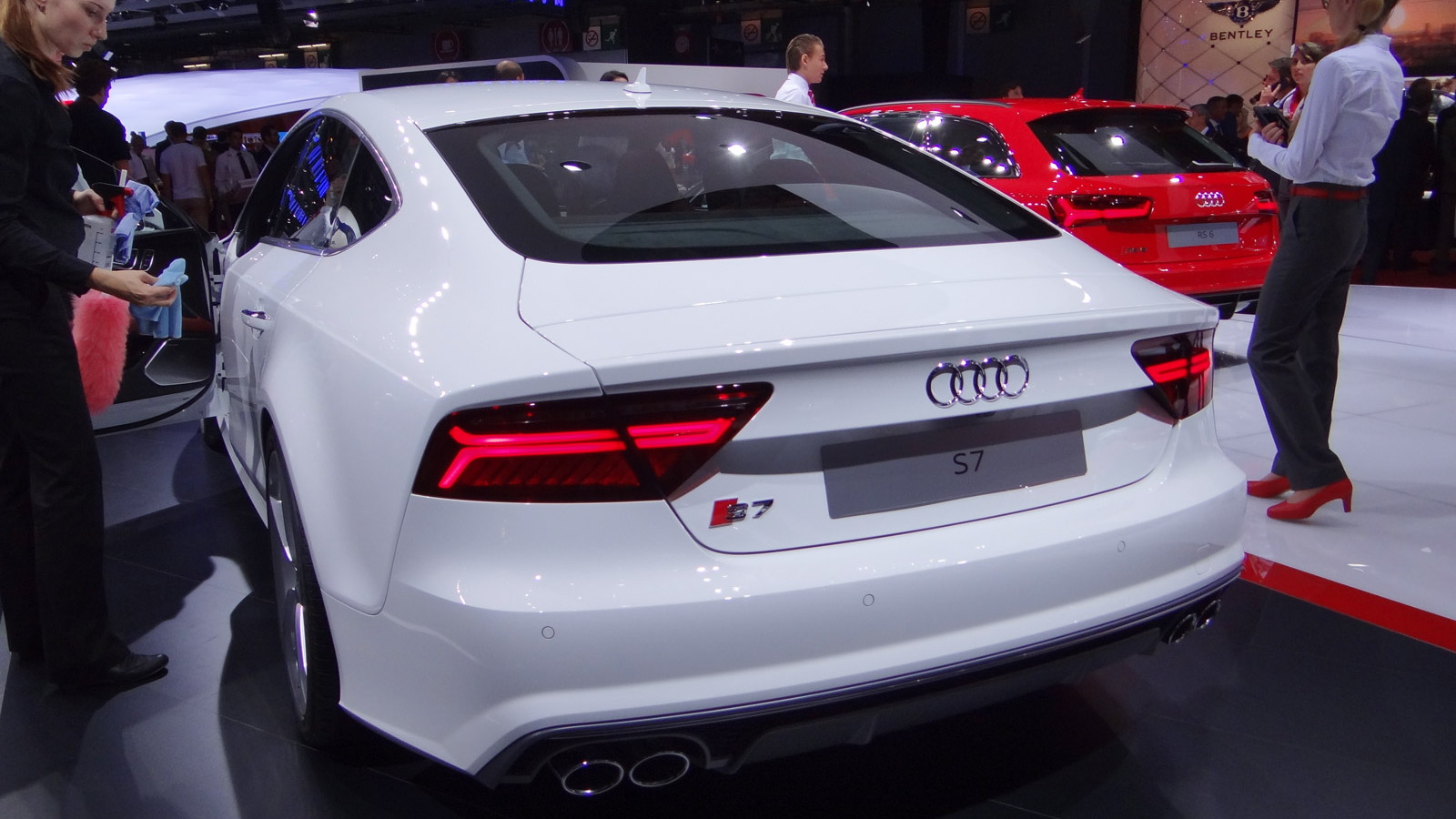 40
photos
Audi’s A7 has come in for a facelift, and we’re glad to report that the four-door coupe’s stunning lines have been left untouched, with only a few minor changes separating the new car from the outgoing one. The most obvious changes are those made to the lights, which feature a more angular design up front and new graphics at both ends. Beyond the new looks, Audi says changes have also been made to the engine lineup, the transmissions and the infotainment system.

The lights on the latest A7 feature an angular design similar to those found on the 2015 A8 and 2016 TT. LEDs are now standard and overseas customers will be able to opt for Audi’s Matrix LED technology, which enables the high beam to be maintained at all times without blinding other drivers. The grille also gets a more angular look and the turn signals now feature a dynamic element where a row of LEDs light up in sequence.

Inside, new material and color choices are available including Beaufort walnut wood trim and Valcona leather. Audi’s MMI interface is standard on the latest A7 and can for the first time be supplemented with an available head-up display. Other options include a touchpad controller (MMI Touch) and Audi connect in-car internet with high-speed LTE connectivity. If you love your music, Audi also offers a premium Bang & Olufsen sound system.

At the time of writing, the engines for the updated A7 range are expected to see no changes in their output, meaning 310 horsepower for models equipped with the supercharged V-6 and 240 horsepower for the V-6 TDI. Opt for the latest S7, however, and output for its twin-turbo V-8 is now pegged at 450 horsepower, up from 420 horses last year.

Audi says that some changes have been made to the seven-speed S tronic dual-clutch transmission offered on gasoline-powered models, however. The diesel model, meanwhile, sticks with an eight-speed auto. Another performance upgrade is the addition of lighter brakes on some models. Full specifications will be announced close to the market launch next year.

The updated A7 range launches in Europe this year. A U.S. launch will take place next year, as the car is arriving as a 2016 model. An update for the range-topping RS 7 model is yet to be revealed, though the changes should be similar to those featured on the A7 and S7 models.