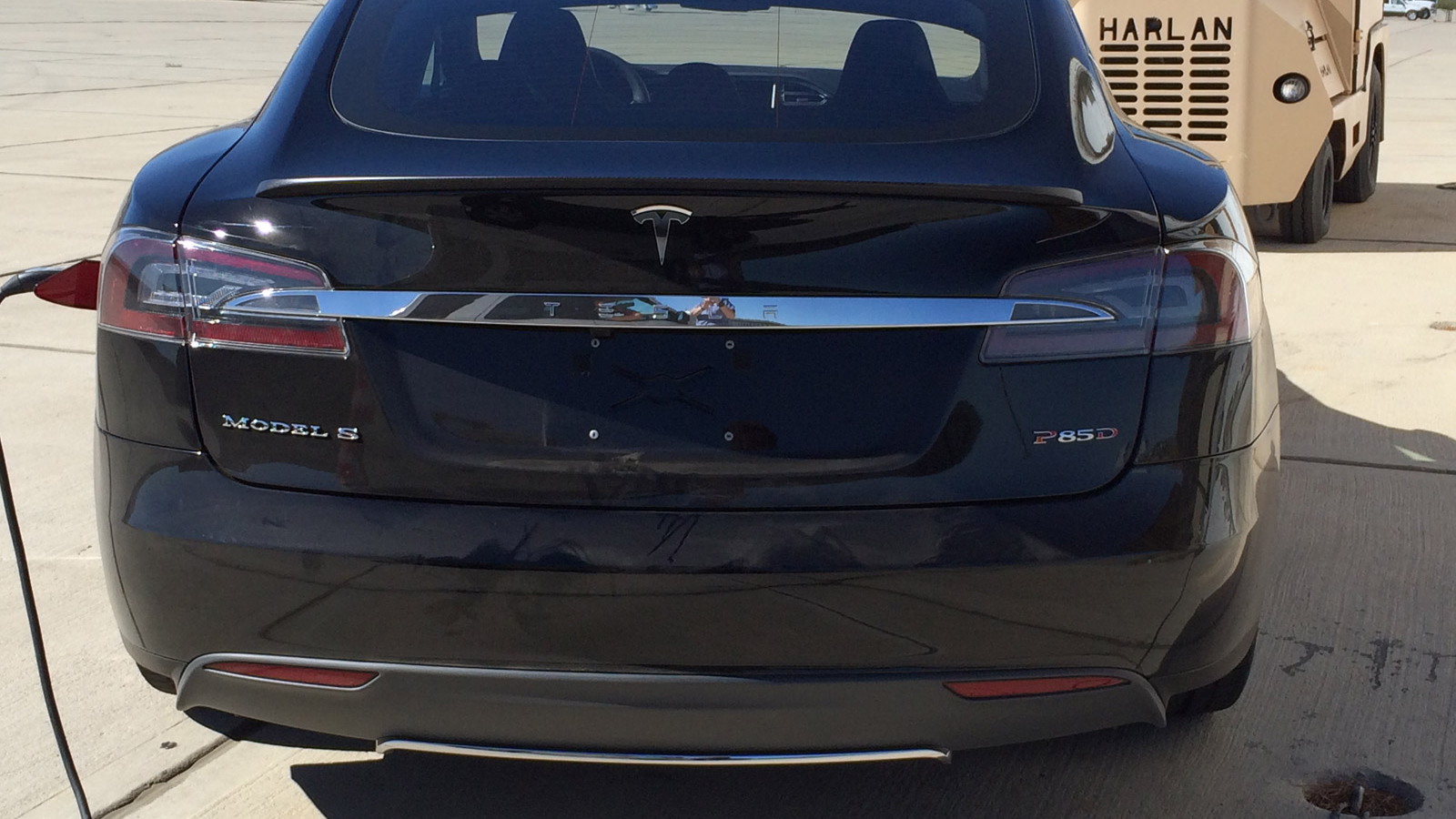 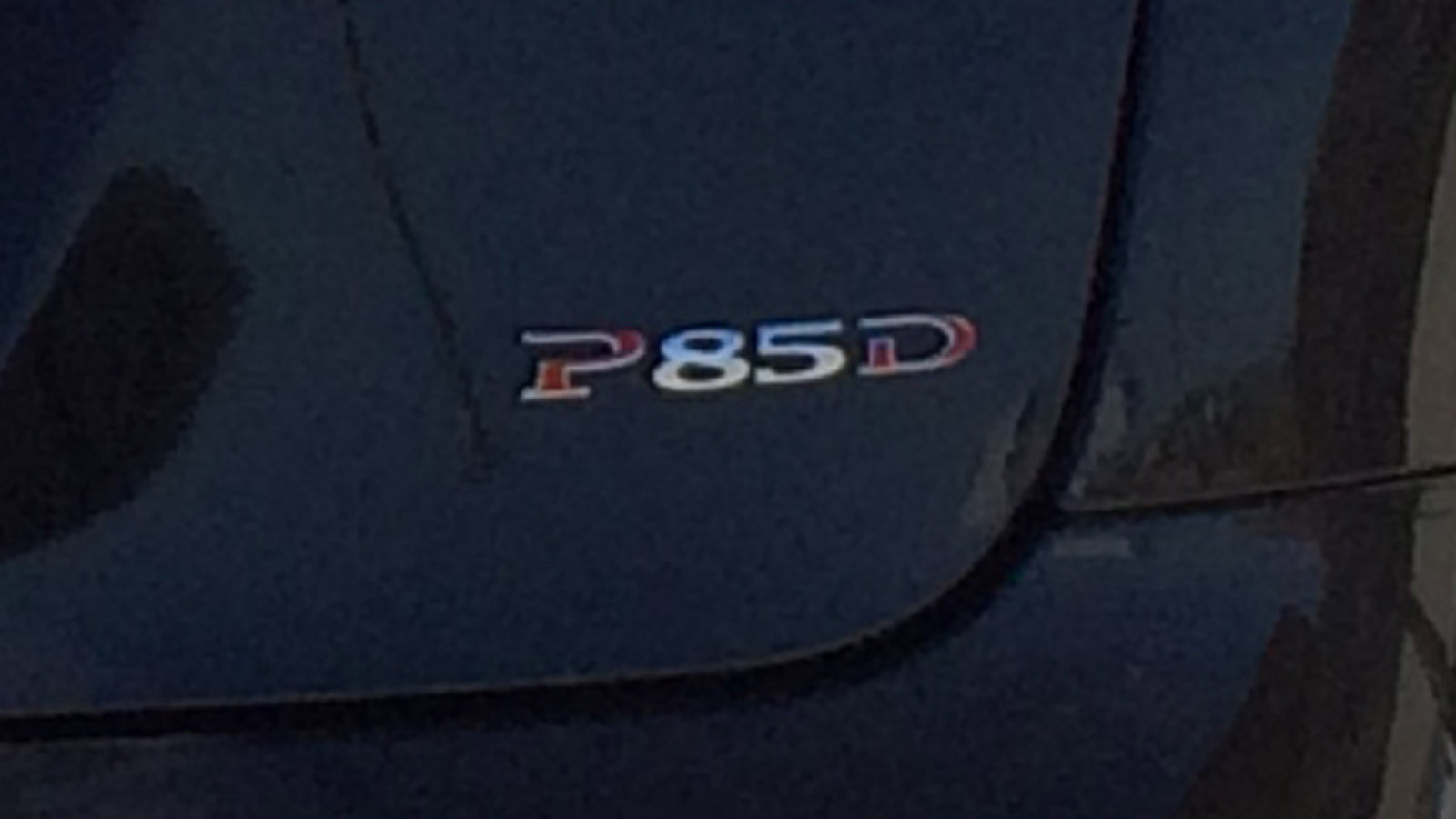 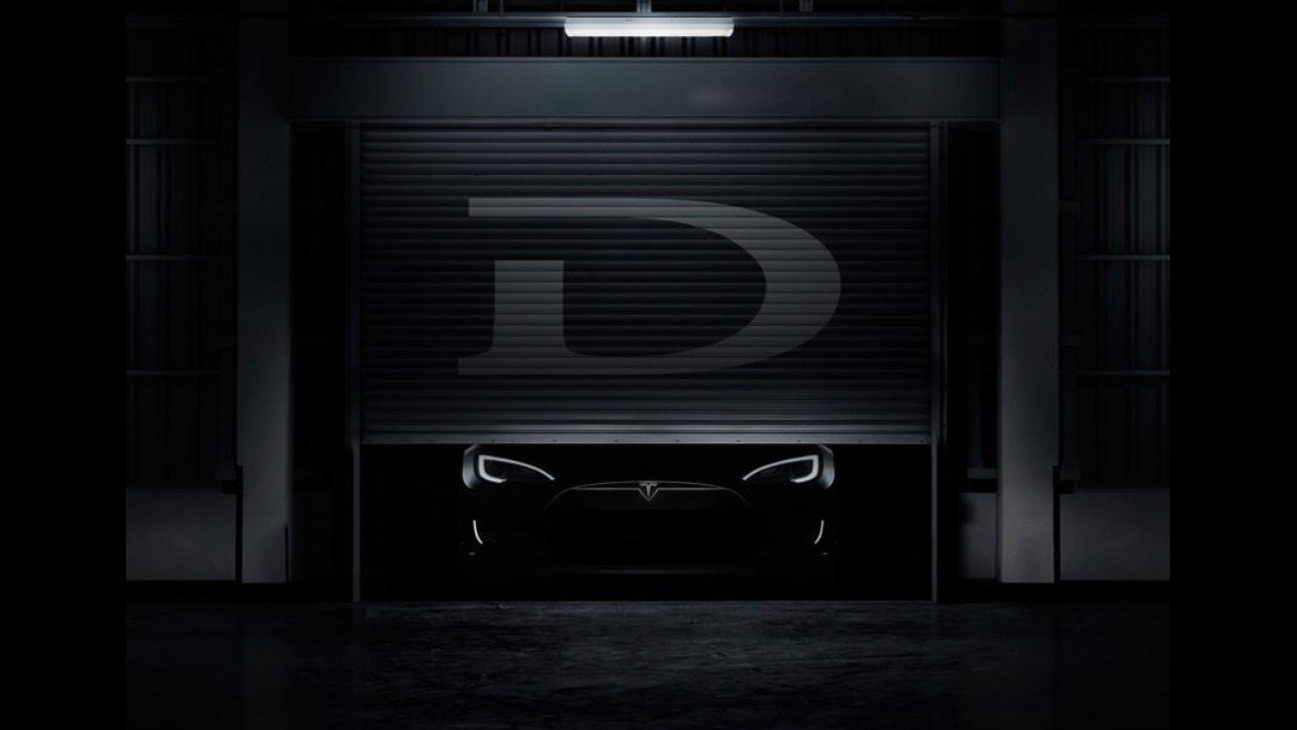 Even in the often-weird world of automotive executives, Elon Musk stands out. Recently on Twitter, Musk offered a teaser and an image—but what it’s about, no one is quite sure. The Tesla Motors [NSDQ:TSLA] CEO’s words were simple, though cryptic: “About time to unveil the D and something else.”

The image that accompanied the tweet included the letter “D” emblazoned on a garage door over what looks very much like the front end of a Model S. Now we have photos of a Tesla Model S with a P85D badge on its trunk, thanks to Adelman from the Tesla Motors Club forum.

We know the “P85” part of the badge signifies that this is a P85 Performance variant of the Model S with a 416-hp electric motor, 85-kWh battery and 265-mile driving range. But what about the “D”?

The current thinking is that the D stands for dual motors, making this P85D Tesla’s rumored all-wheel-drive Model S. This dual-motor setup, one motor powering the front wheels and another powering the rear pair, has been previewed in a concept form in the Model X crossover and has previously been reported to be destined for the Model S.

But could the D stand for something else instead?  For example, could it signify high-tech updates (adaptive cruise control and lane departure warning) that have recently come to the Model S? Or perhaps a longer-range version of the car, sporting a 110-kWh battery pack?

So what is Musk on about? The world will have to wait until October 9 to know for sure. And don’t forget, there is “something else” coming as well.