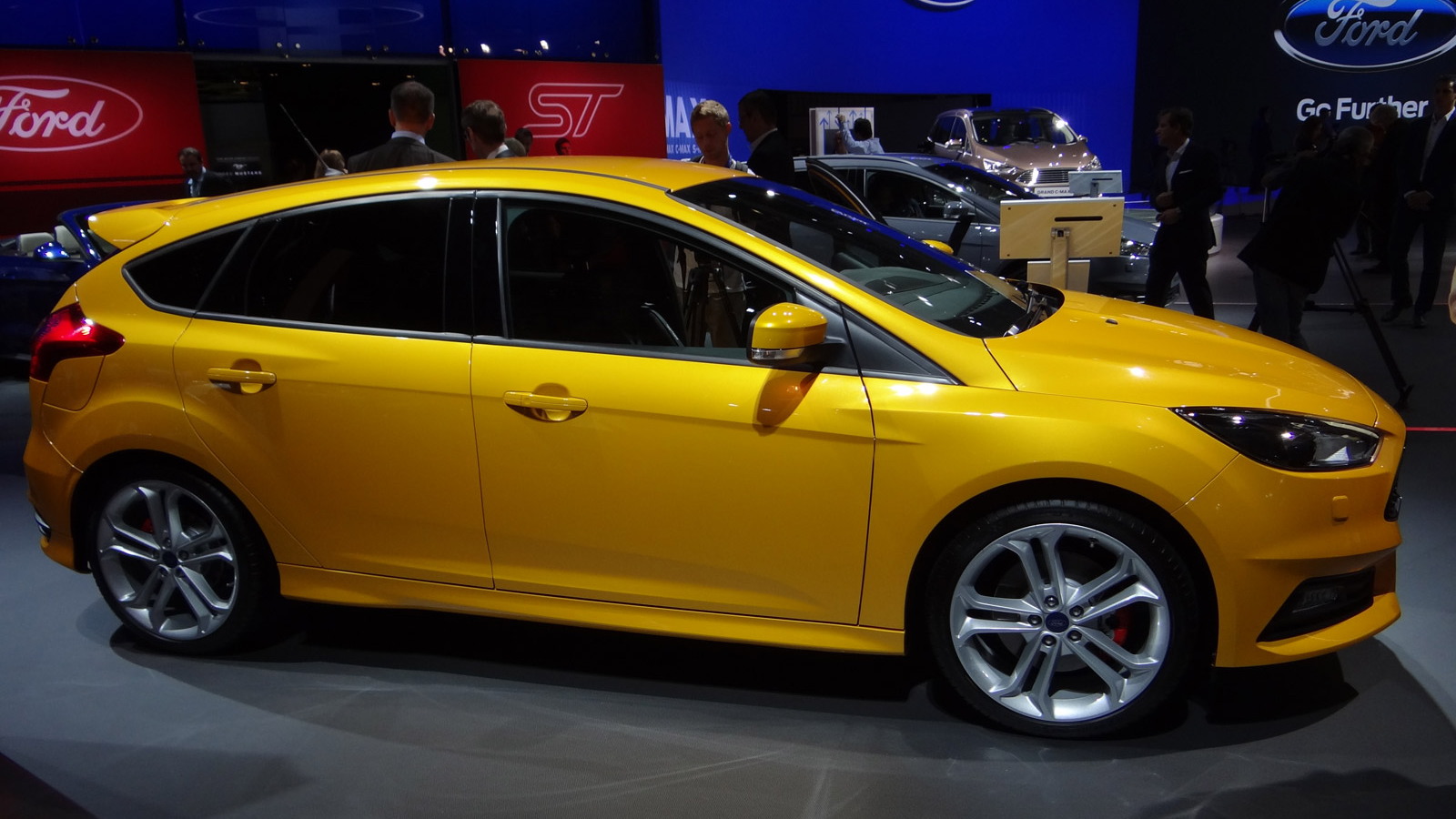 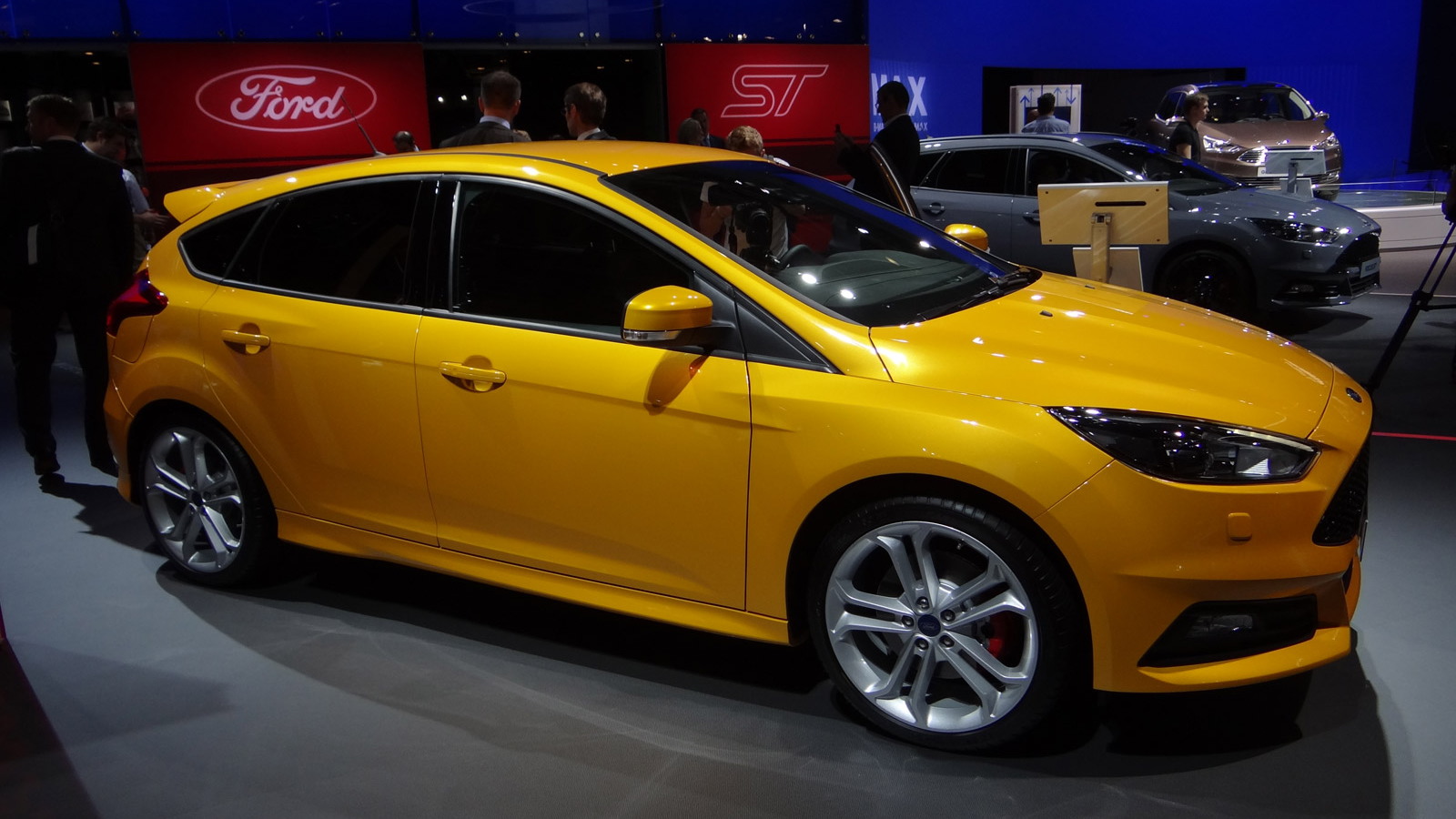 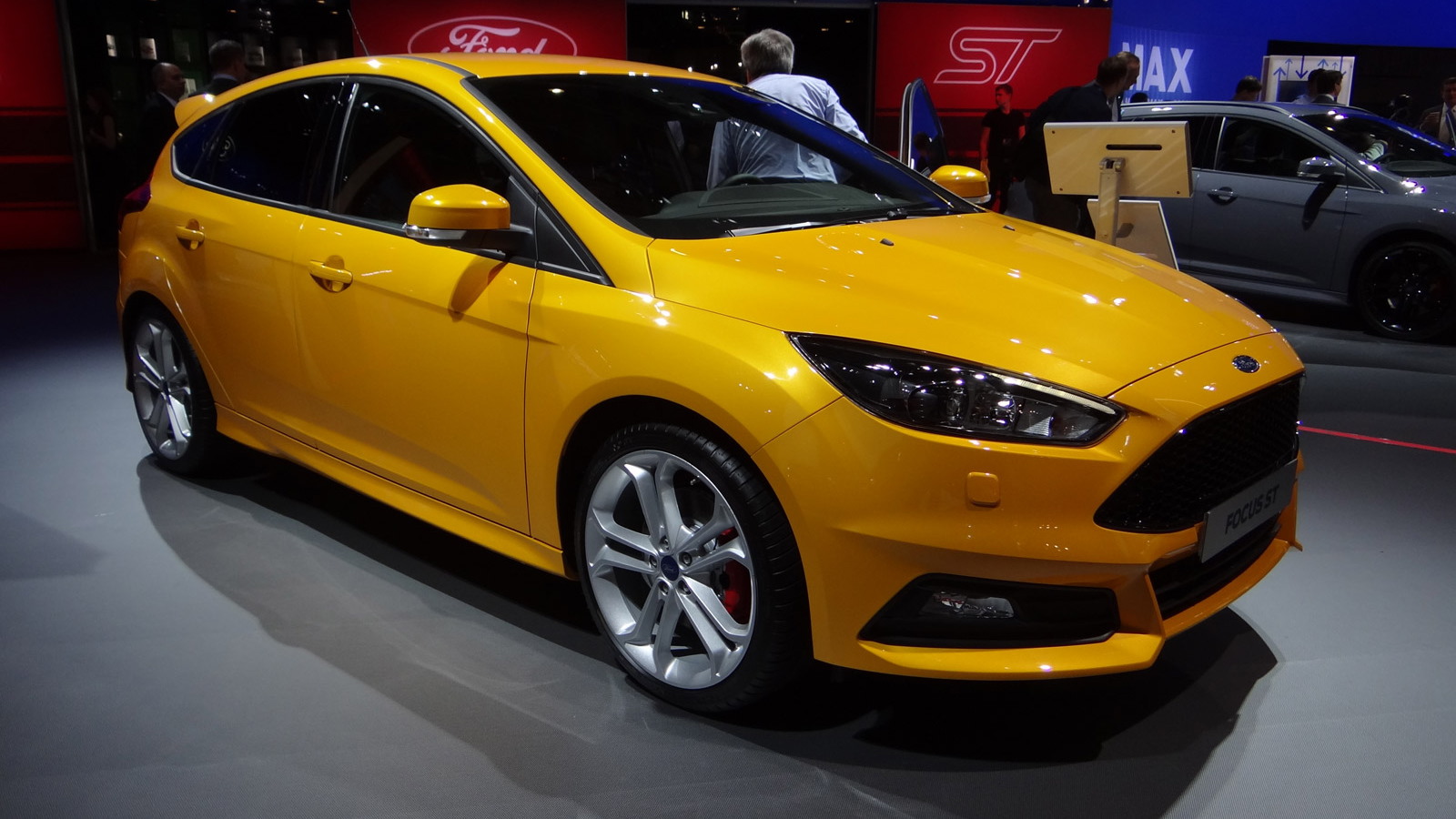 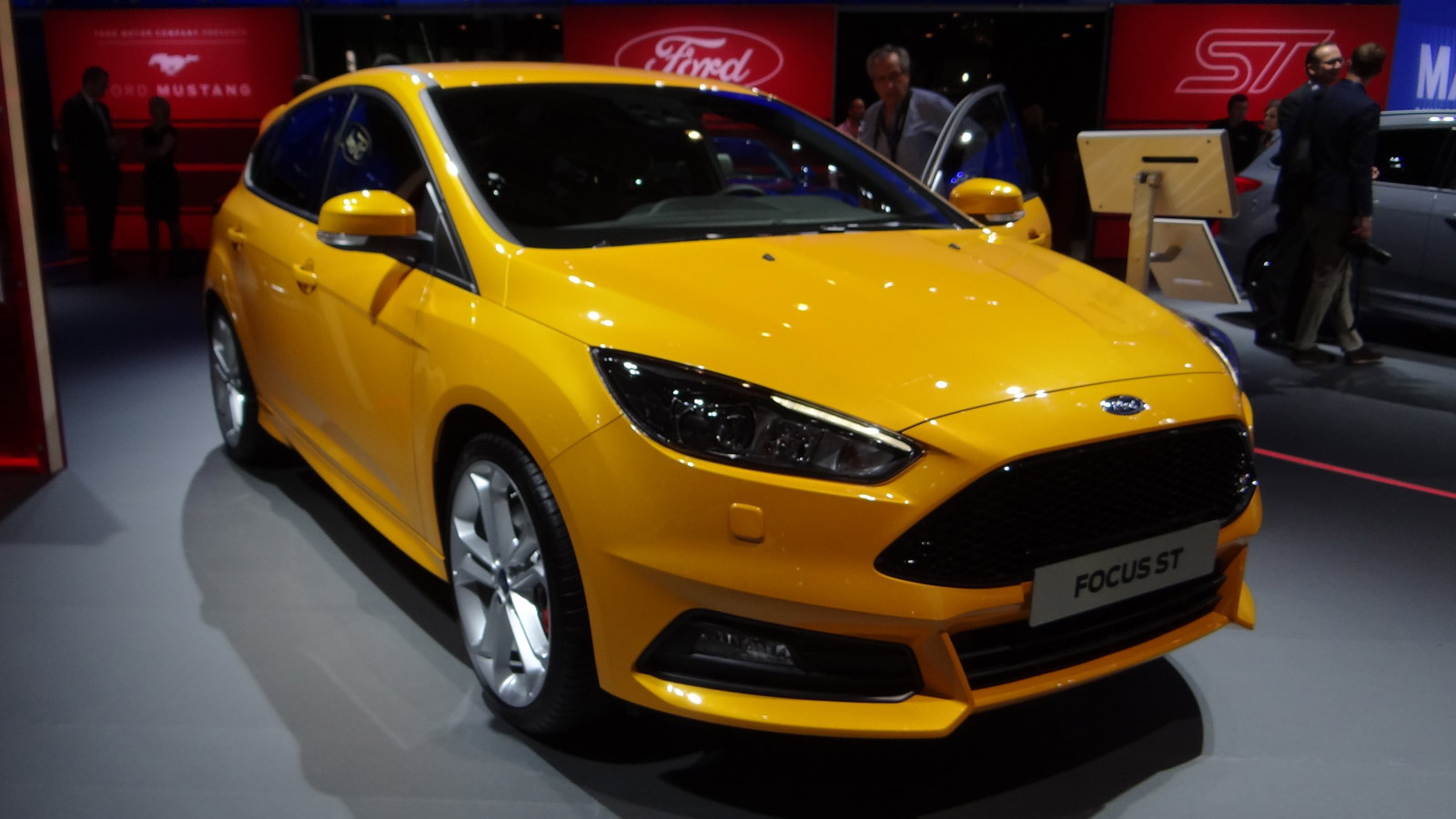 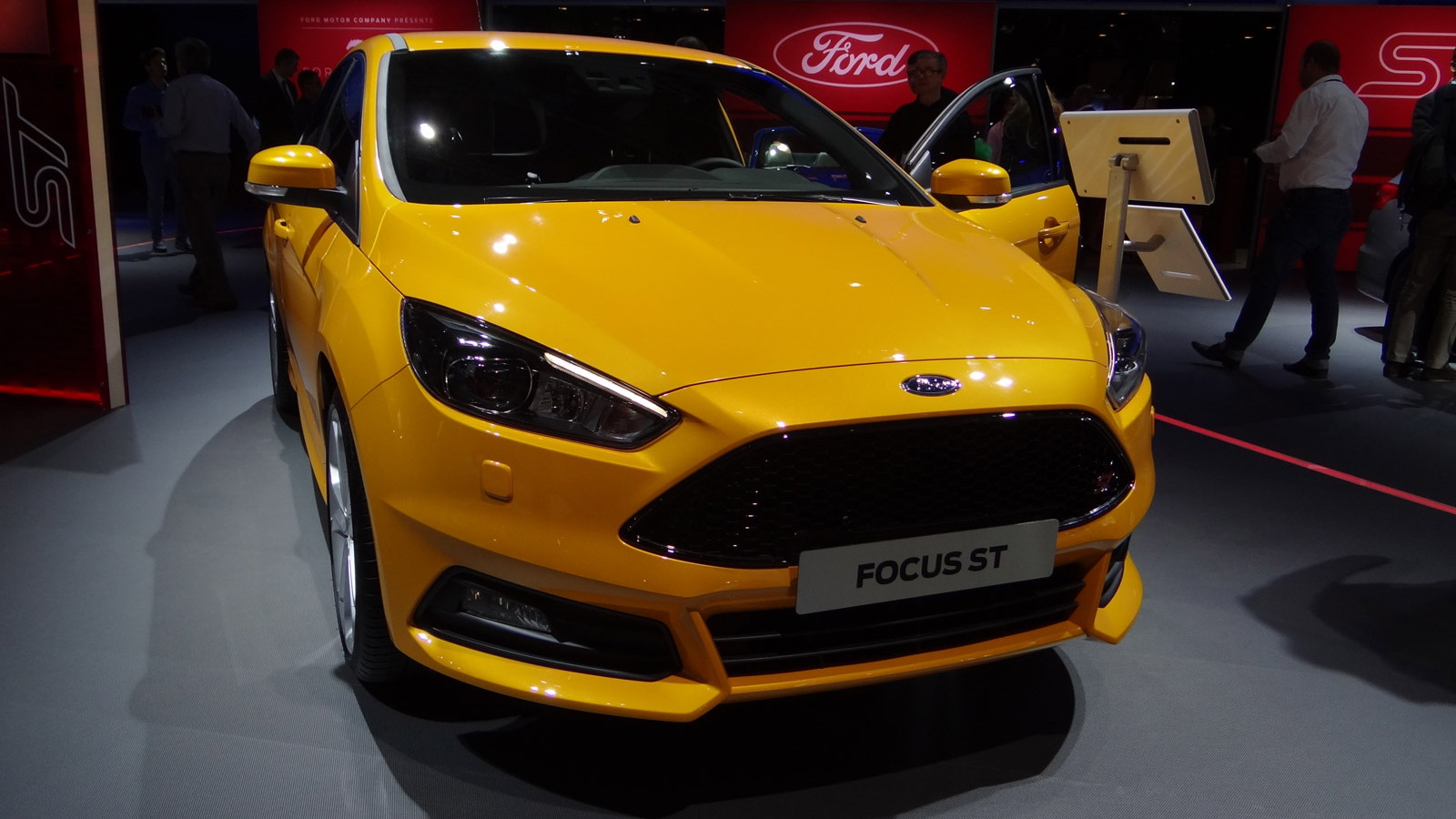 The current Ford Focus compact has just received its mid-cycle facelift, and that means the sporty Focus ST variant also needed to come in for the update. This time, however, there is also a new diesel variant, although this particular model won’t reach U.S. shores. The cars were first shown at the 2014 Goodwood Festival of Speed back in June and this week were presented at the 2014 Paris Auto Show. These shots show the gasoline-powered variant, which is available in local Ford Motor Company [NYSE:F] showrooms as a 2015 model.

In addition to a few visual updates, the 2015 Focus ST benefits from new chassis control technologies, tuned suspension and steering, and new tires that ensure an even more responsive, balanced and refined driving experience. There are also a number of tweaks inside, with some new tech goodies thrown in as well.

The suspension features all-new front springs, and sportier shock absorbers have been added to both ends of the car. The electric power-assisted steering has also been revised to provide the Focus ST driver with improved steering feel, as has the electronic torque vectoring system.  A set of 18-inch wheels are fitted as standard and buyers have the option of red brake calipers.

No changes have been made to the powertrain, which means power in the 2015 Focus ST still comes from a 2.0-liter EcoBoost four-cylinder rated 252 horsepower and 270 pound-feet of torque. The engine is matched with a six-speed manual and drive is sent to the front wheels only. The transmission on the 2015 model has been tuned to deliver brisk acceleration in the lower gears, with the 0-60 mph time expected to be about 6.0 seconds.

The new Focus ST Diesel is powered by a turbocharged 2.0-liter diesel good for 182 horsepower and 295 pound-feet of torque. Ford estimates the car will accelerate from 0-60 mph in about 8.0 seconds. For the power mad, Ford is working on a new generation of its Focus RS. The new Focus range-topper is due out next year and is expected for the U.S. market.

On the styling front, the 2015 Focus ST adopts new headlights and bumpers. Sporty side sills, a rear wing spoiler and twin-hexagonal center tailpipes complete the look. Inside, the layout of the dash has been cleaned up and now features fewer buttons. A flat-bottom steering wheel has been added and is joined by some satin chrome accents, such as on the gear lever and door grab handles. Sporty Recaro bucket seats are also available.

In the technology department, a reversing camera is now standard. There are also new driver-assist, convenience and connectivity features as part of the latest SYNC system. Dubbed SYNC 2, the latest system offers access to audio, navigation, climate control and mobile phones using voice control and an 8-inch touchscreen in the dash.