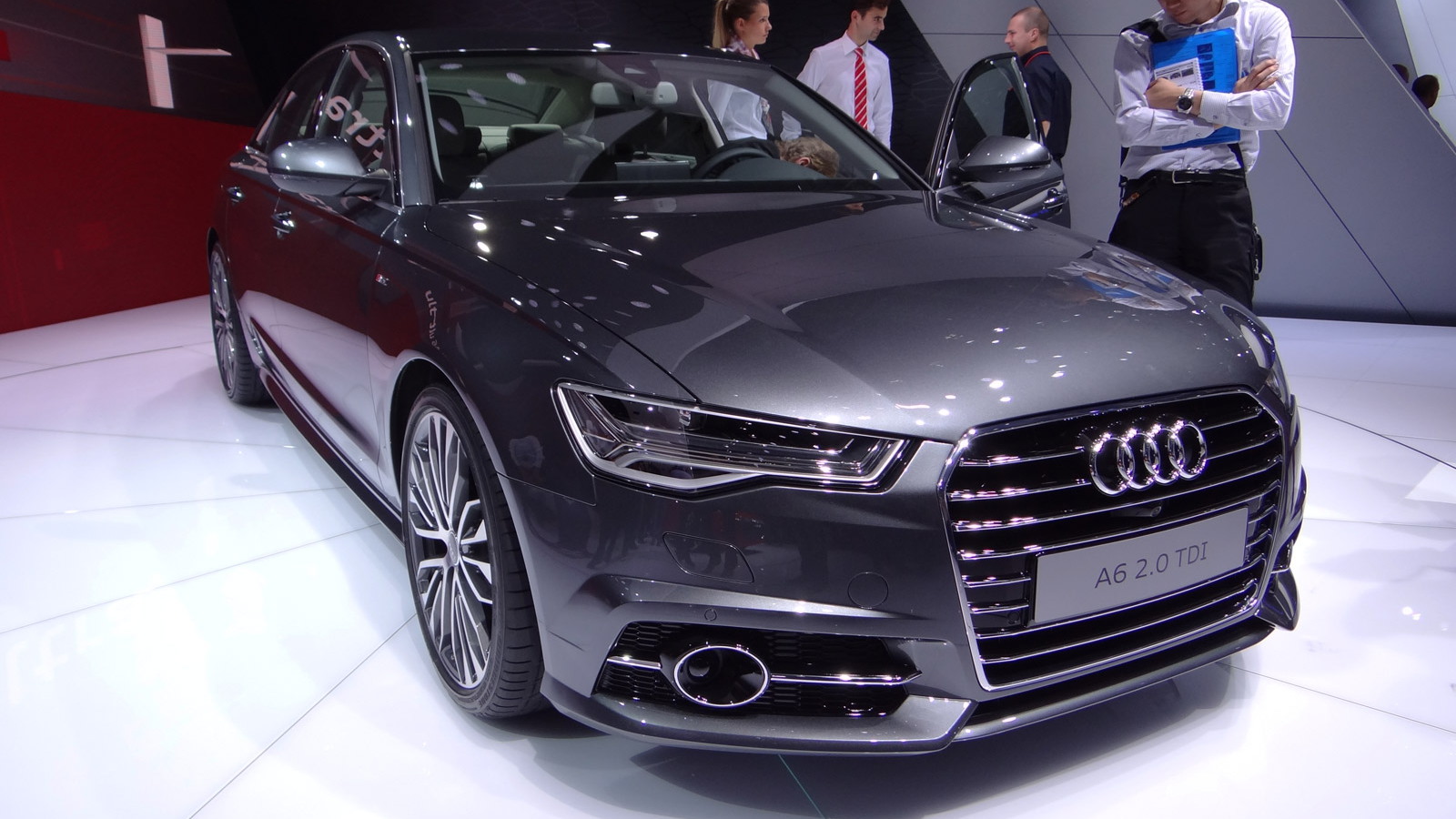 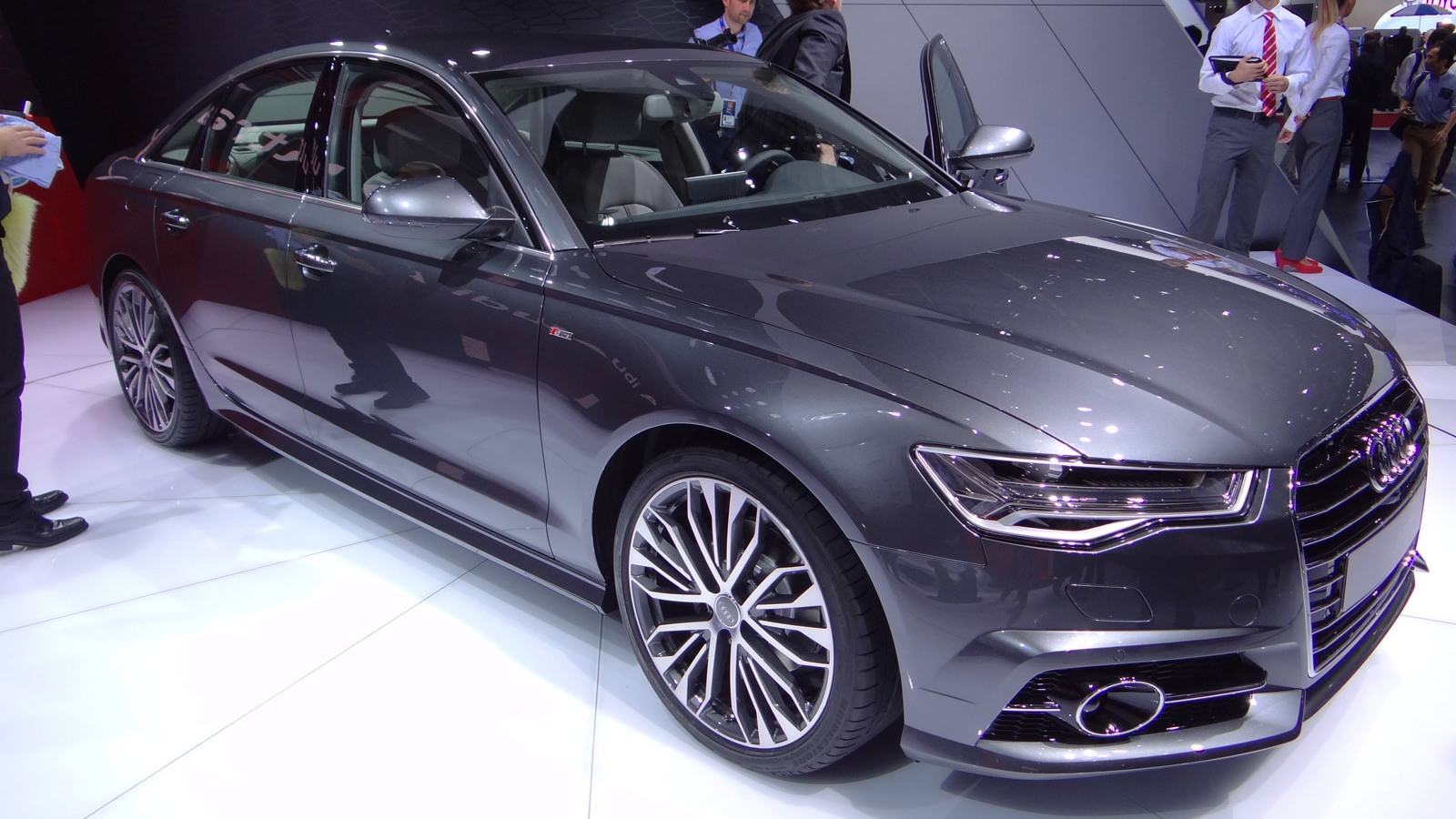 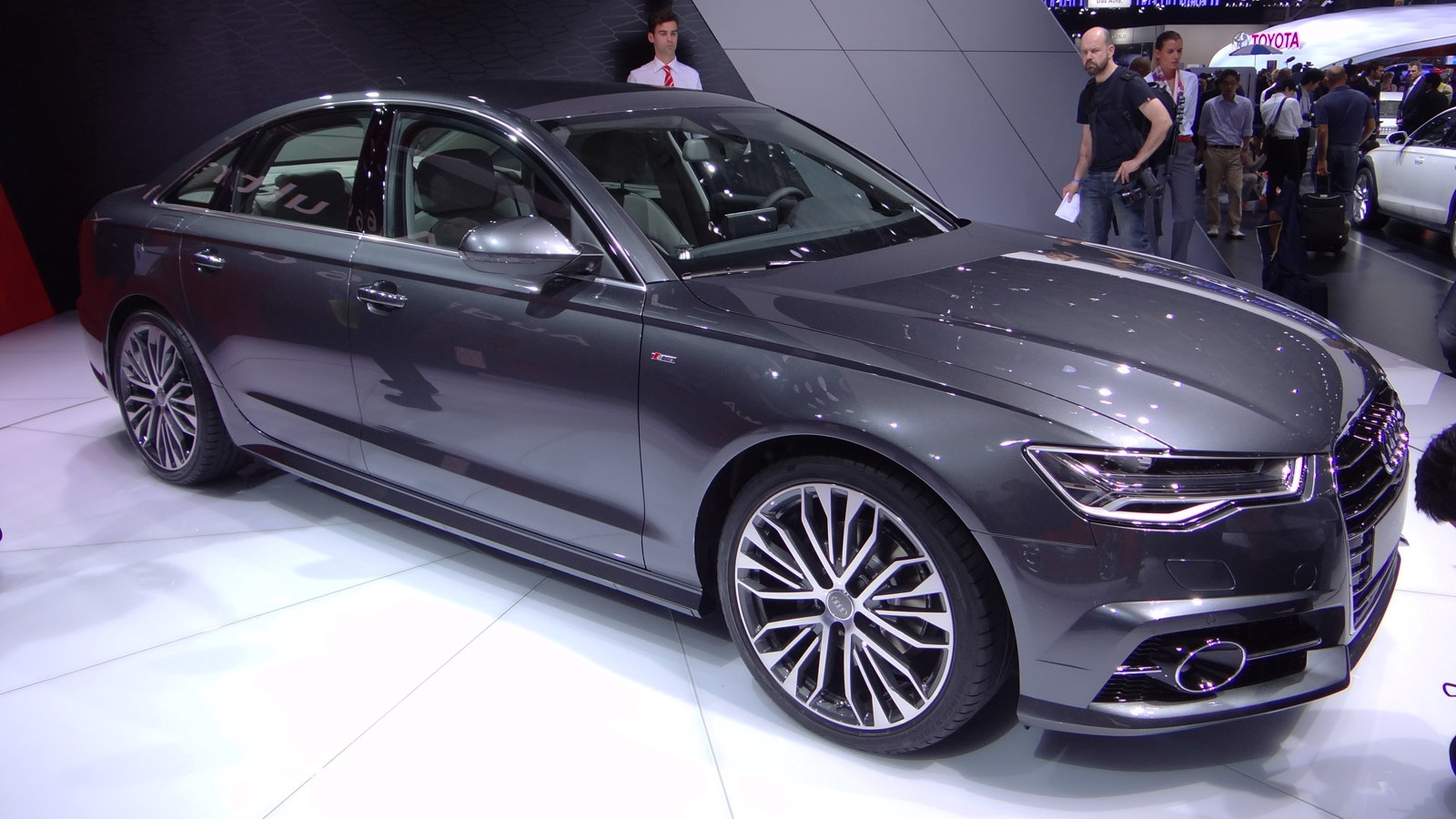 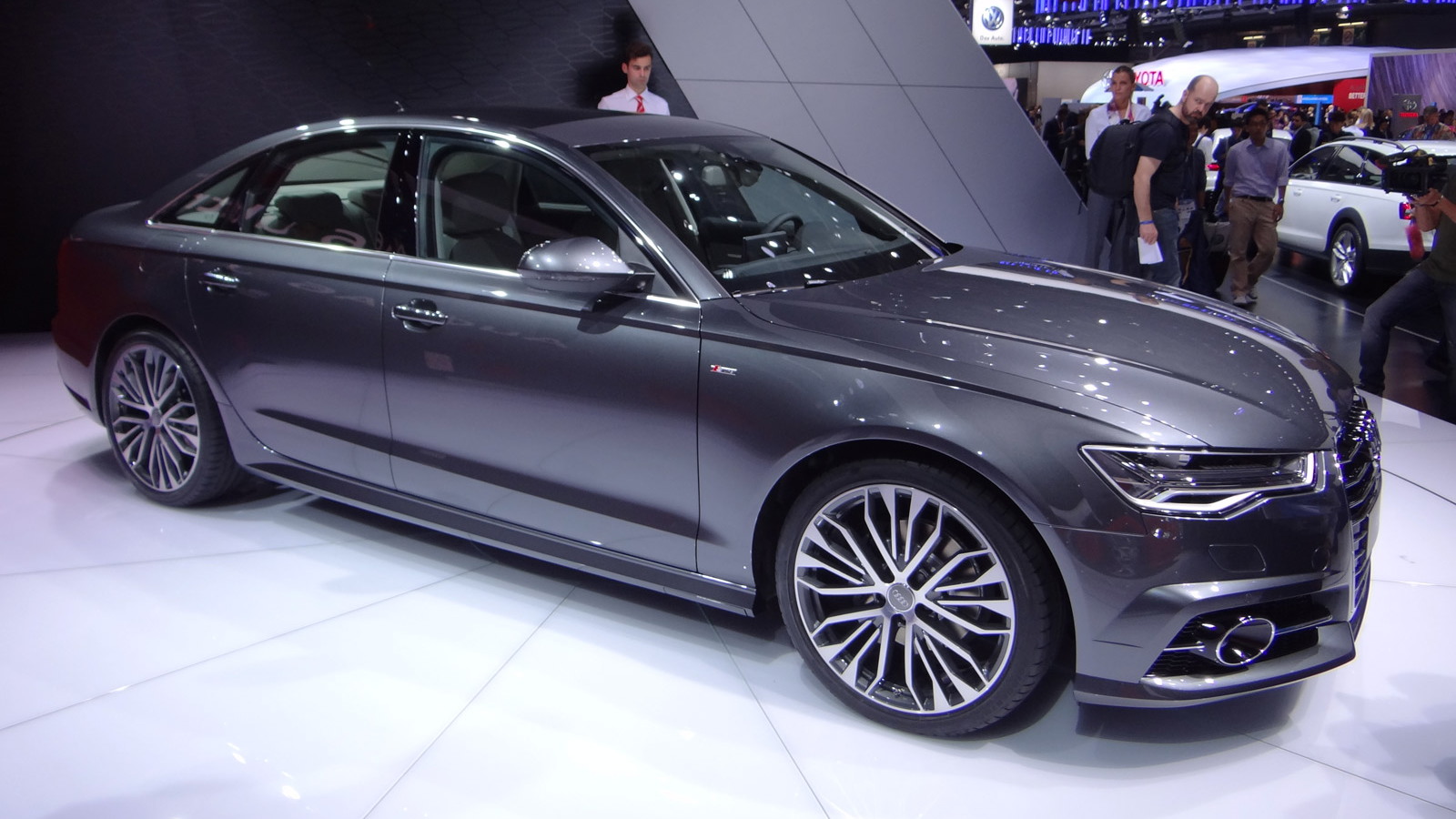 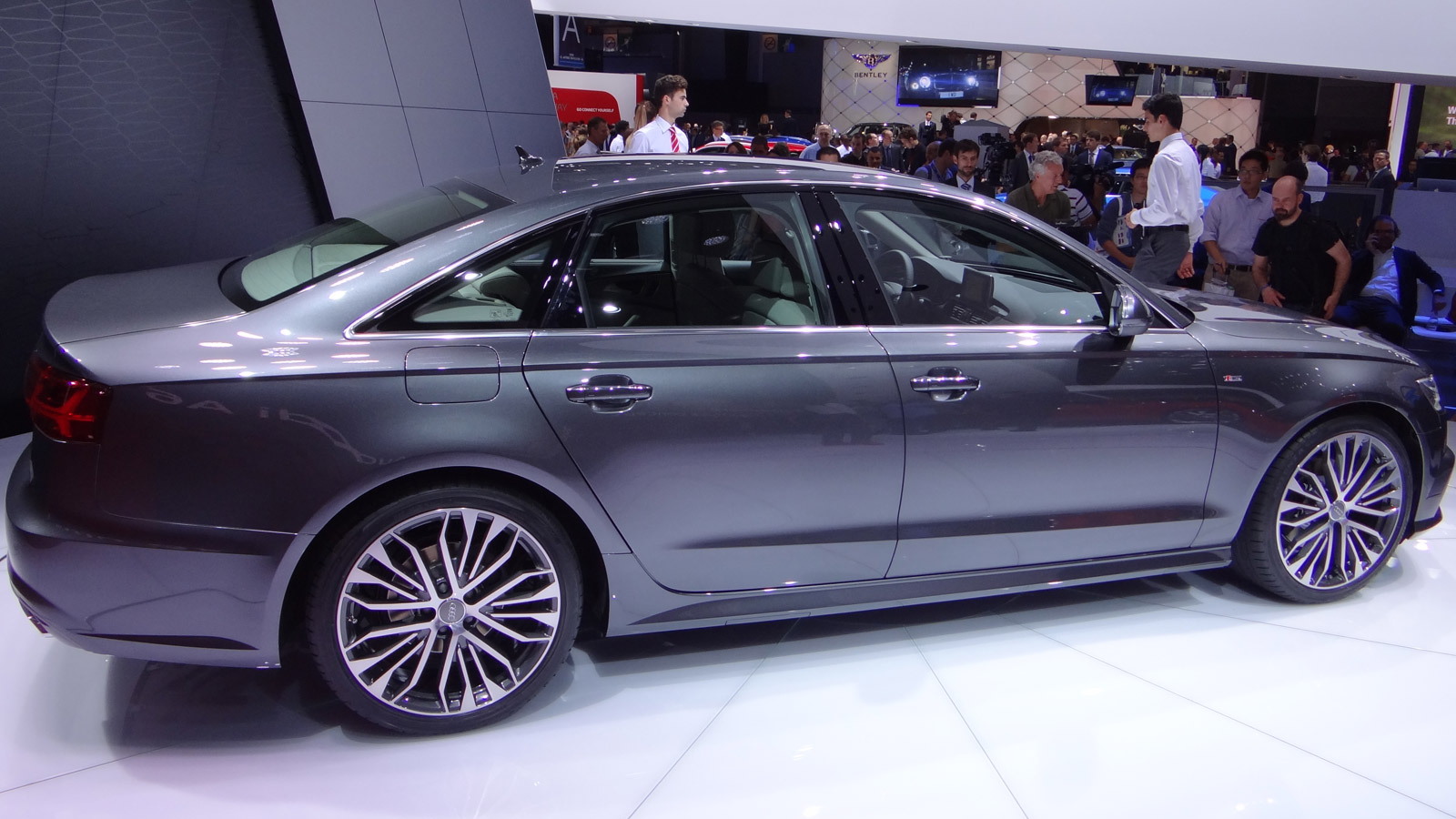 72
photos
The 2016 model year sees Audi’s A6 undergo its mid-cycle update, and the latest version of the stylish sedan benefits from some subtle tweaks to the exterior, new engines and transmissions, and a new infotainment system. The changes affect the complete A6 range, including the sporty S6 as well as the A6 Avant, A6 Allroad and high-performance RS 6 Avant models that we miss out on here in the U.S.

Only true Audi fans will recognize the visual updates made to the 2016 A6 range. There are a few sharper creases added to the body, the grille made slightly more rigid, the headlights sharpened, and the exhaust pipe design revised. The turn signals get Audi’s dynamic LED feature already found on the 2015 A7 and A8 families, and overseas buyers have the option of Audi’s Matrix LED headlight technology.

For the interior, some new color combinations are offered but the big news is the introduction of a more advanced infotainment system. The system benefits from a faster processor and can be optioned with Audi’s MMI navigation plus system and the MMI touch controller. High-speed LTE data transfer is available via the Audi connect option.

On some models, glass fiber-reinforced polymer springs are used for the suspension, helping to save almost 10 pounds compared to conventional steel springs. The lightest 2016 A6 tips the scales at an incredibly low 3,384 pounds, making it as light as the smaller Cadillac ATS.In Europe, the base engine is a 1.8-liter TFSI. It’s not clear if this unit will replace the 2.0-liter TFSI currently fitted to the base A6 sold in the U.S. The available 3.0-liter TDI and TFSI units sold here should carry over with minor improvements. Crucially, Audi has dropped the CVT option for its 2016 A6, with the transmission lineup in Europe consisting of six-speed manual, seven-speed S tronic dual-clutch and eight-speed tiptronic automatic units. We should get the seven-speed dual-clutch as standard in the U.S. with the eight-speed auto reserved for the TDI model.The 2016 S6, meanwhile, sees output from its 4.0-liter TFSI lifted to 450 horsepower, helping it to accelerate from 0-62 mph in just 4.4 seconds. At the top of the range is the 2016 RS 6 Avant, which will likely remain forbidden fruit for the U.S. It features the same engine as the S6 but with output raised to 560 hp. This model needs just 3.9 seconds for the 0-62 mph dash. Both the S6 and RS 6 come standard with quattro all-wheel drive.Sales of the 2016 Audi A6 range in Europe commence shortly after this week's debut at the 2014 Paris Auto Show. Full specifications for the U.S. market will be announced at a later date.