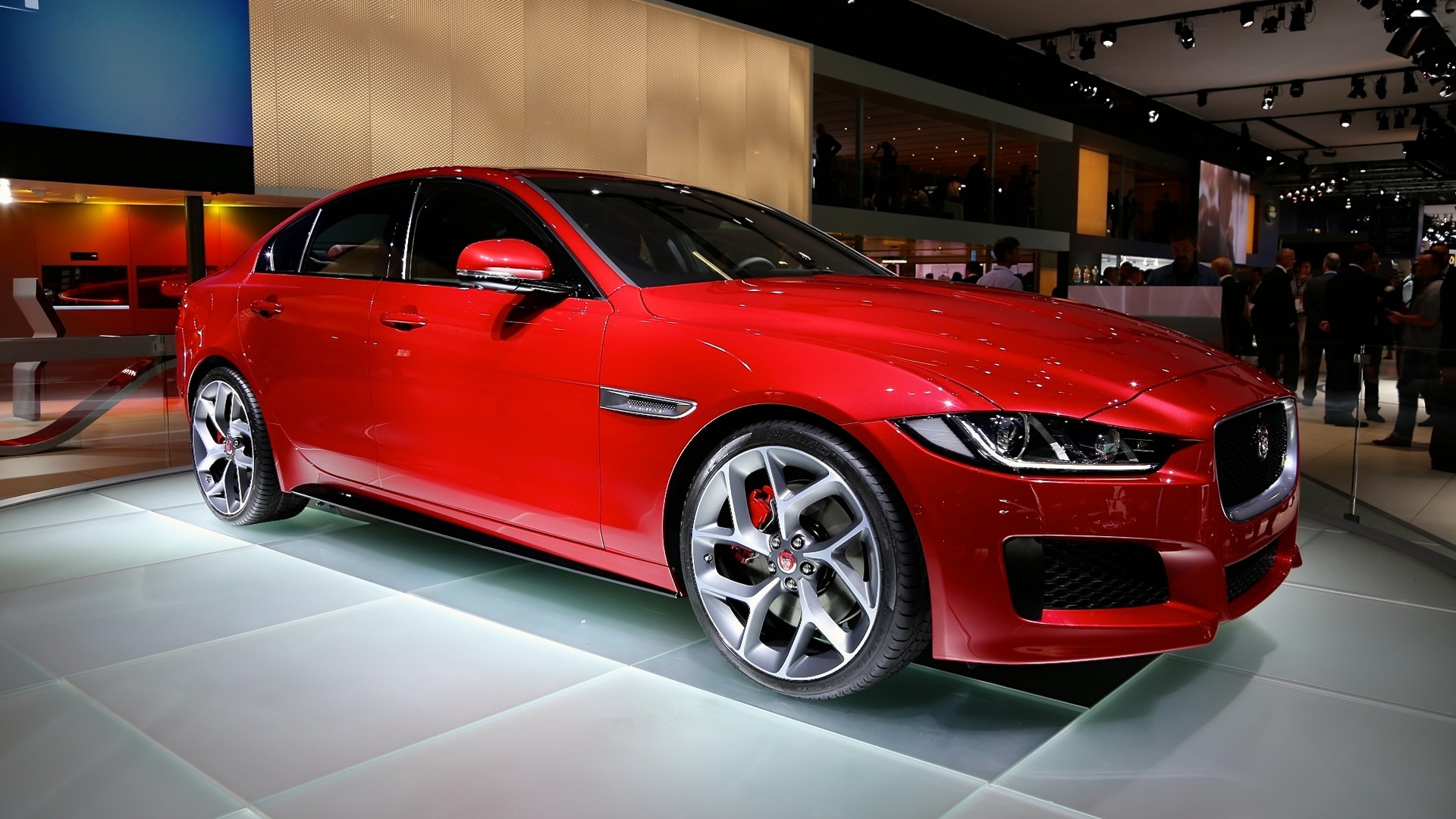 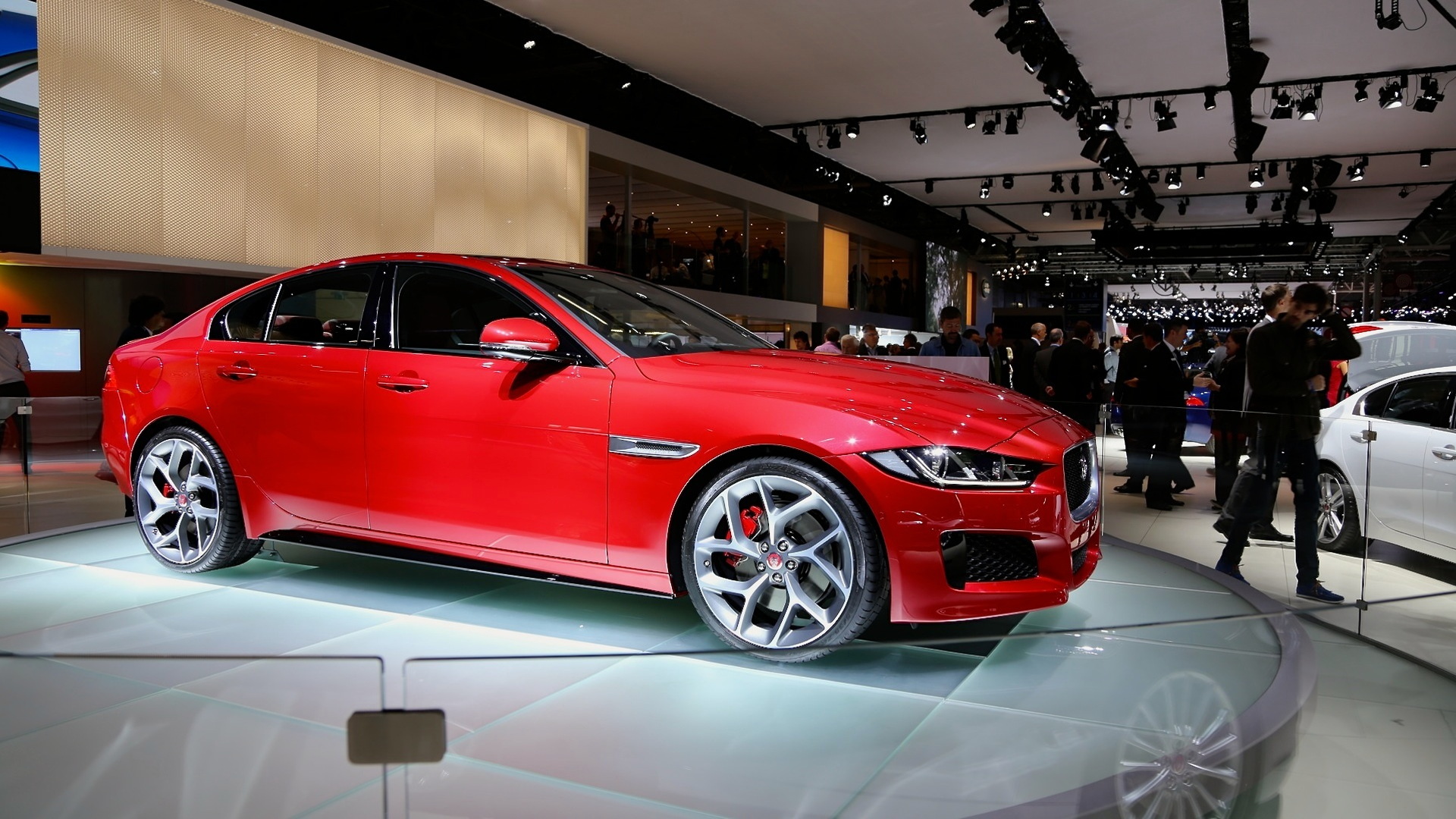 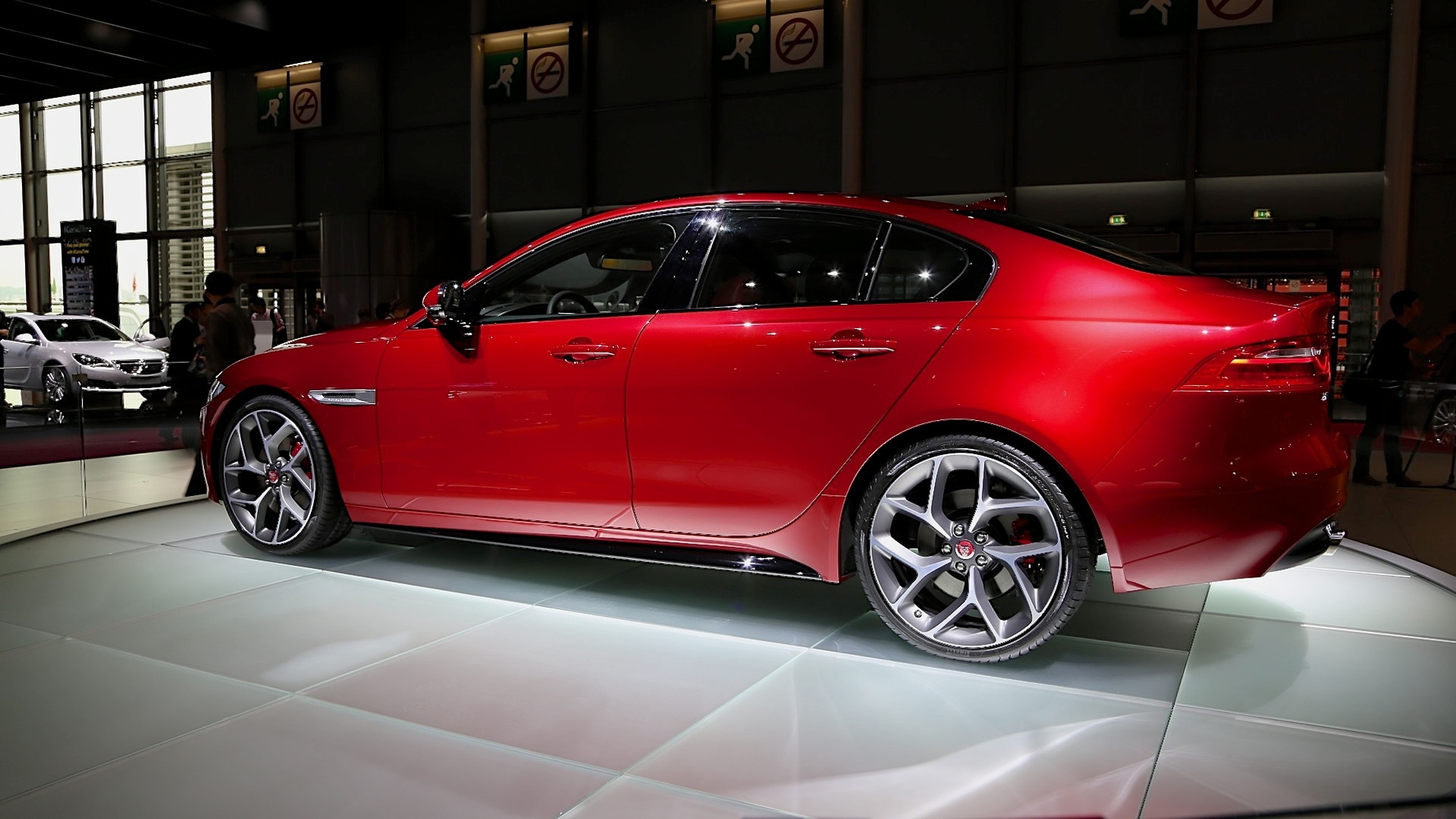 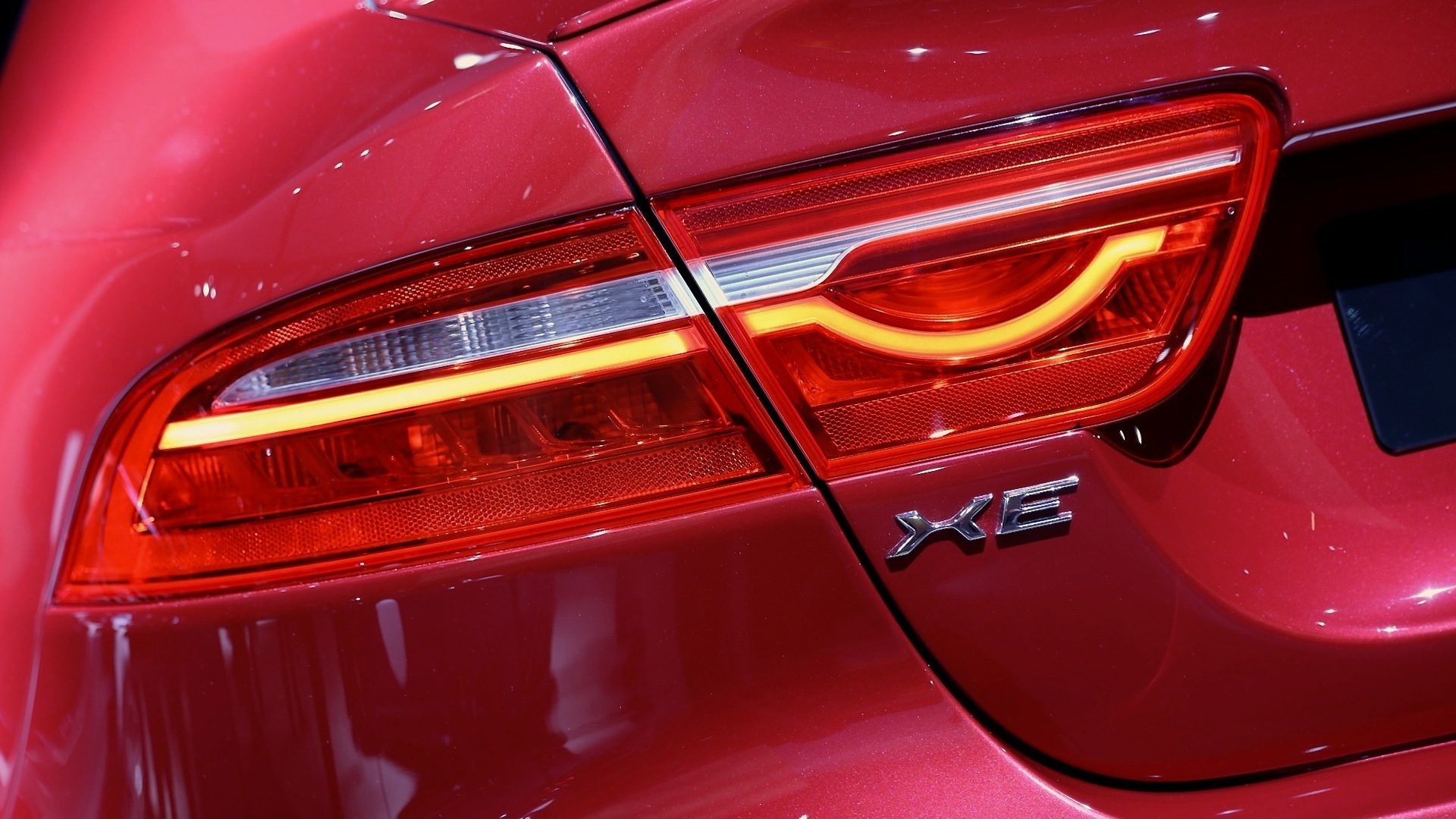 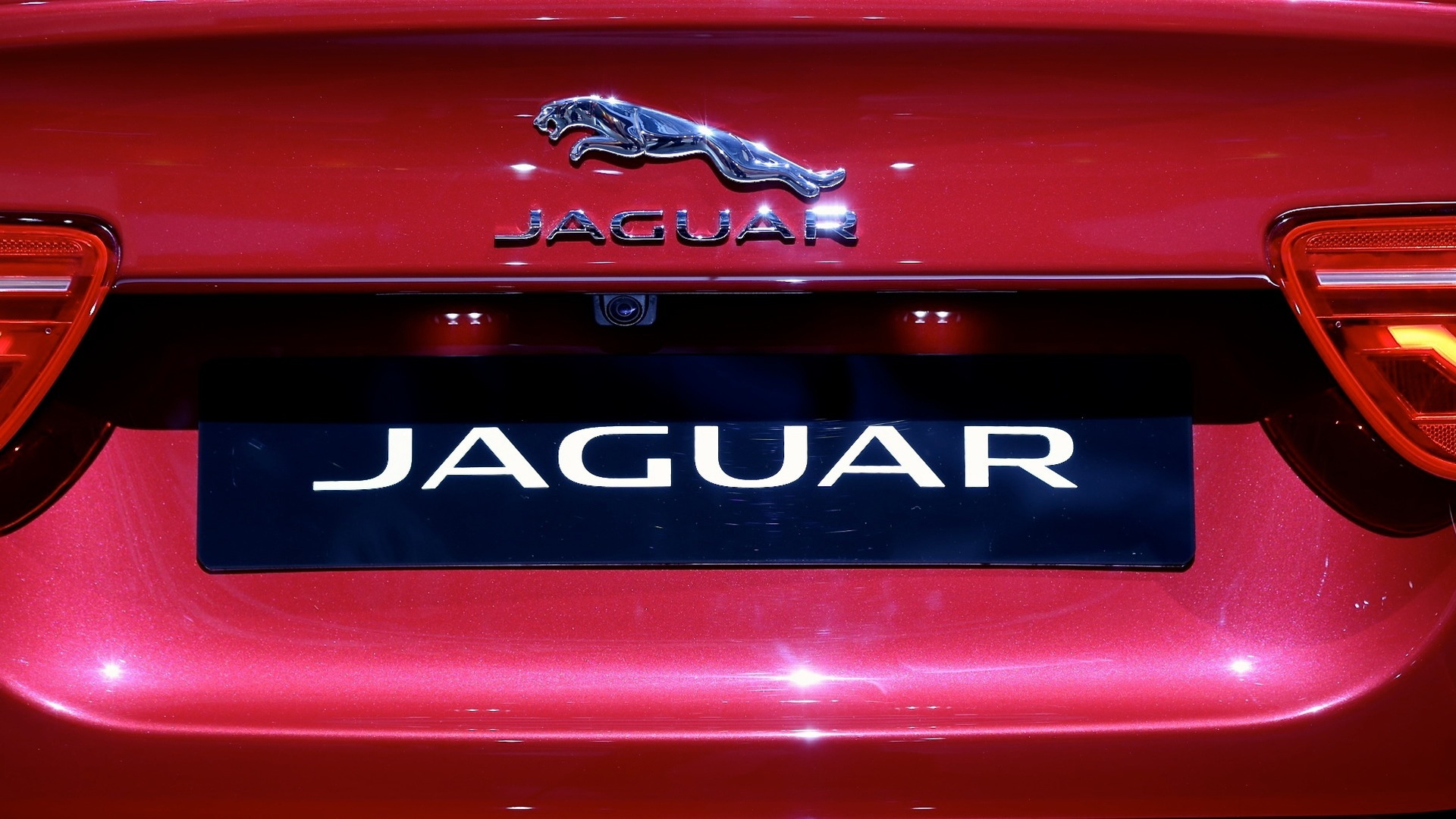 77
photos
Watch the debut ceremony for the 2017 Jaguar XE here.

Jaguar’s resurgence over its past several new models has been cemented with the F-Type coupe and roadster, especially in the sports car arena. Today, Jaguar unveiled the latest addition to its line at the 2014 Paris Auto Show: the 2017 XE, which seeks to take on the best of the sport sedan segment while delivering Jaguar’s characteristic flair for style.

Undoubtedly one of the most comely sedans we’ve seen in recent years, the 2017 Jaguar XE nonetheless faces stiff competition in the form of the new 2015 Mercedes-Benz C-Class, itself a stunning design with an even more breathtaking interior; the Cadillac ATS is likewise a looker, as well as a very sporty drive. BMW’s 3-Series remains a segment stalwart, as well, though it has lost some of its sporting edge.

To face this competition, Jaguar has implemented all of its strengths: aluminum-intensive construction, its supercharged V-6 engine, and a stunning shape that is sure to stand out from the crowd.

Two models will be offered, but so far, Jaguar has only released performance and power specifications for the XE S, the range-topping model at launch.

At the heart of the Jaguar XE S lies an Ingenium direct-injected 3.0-liter supercharged V-6, essentially the same engine as that found in the F-Type. Here, it produces 340 horsepower and 332 pound-feet of torque, paired with a lightened version of the ZF 8-speed automatic transmission. The result? Zero to 60 mph acceleration in 4.9 seconds and an electronically limited top speed of 155 mph.

Double wishbones up front and a multi-link arrangement in the rear suggest optimal geometry and, therefore, very good handling. The spindles are made of aluminum, forged from cast blanks using a patented process for greater stiffness and lightness.

The remainder of the suspension leverages Jaguar’s aluminum expertise as well, though not entirely, with some steel components to be found in the mix.

Steering, as with all of the latest luxury sedans, comes in the form of an electric power steering system, which Jaguar notes offers “incredible tuning possibilities and greater efficiency than traditional hydraulic systems.” Whether that also translates to the steering feel sport sedan buyers seek will be seen during test drives.

The unibody of the 2017 Jaguar XE is largely aluminum in its construction, though as with the suspension, not entirely. Of the aluminum used, much is 6000-series alloy, which offers greater strength, and, in the case of the XE, thinner panels for greater weight savings.

“The XE is as strong and light as it could possibly be thanks to exhaustive analysis and by bringing the latest engineering techniques to bear on its design. It has been challenging to accomplish but the XE structure is absolutely at the cutting edge of what is achievable today,” said Dr. Mark White, Chief Technical Specialist of the Body Complete for Jaguar.

Another aluminum alloy used in the structure of the XE is RC 5754, which is made largely from recycled aluminum. The XE is the first Jaguar to feature RC 5754, but future Jaguars will also use the material, with Jaguar aiming for 75 percent recycled material use by 2020. Among the remainder of the structure and cabin, the Jaguar XE also uses 101 pounds of recycled plastics and renewable materials.

No luxury sedan is complete without a cabin that coddles and computers that entertain and inform. The 2017 Jaguar XE seeks to impress on both fronts with a new infotainment system, called Jaguar InControl. All-new for the XE, InControl is based around an 8-inch touchscreen, and offers Bluetooth audio streaming, USB connectivity, and an optional SD card-based navigation system. Voice control, Wi-Fi hotspot, and app functionality are also included with InControl.

InControl Remote allows both iOS and Android smartphone users to control their cars remotely in a variety of ways, including locking or unlocking the doors; starting the engine; and even timed seven-day pre-determined settings for the climate control system.

Meridian audio systems will be offered, as well, promising an attractive option for audiophiles.