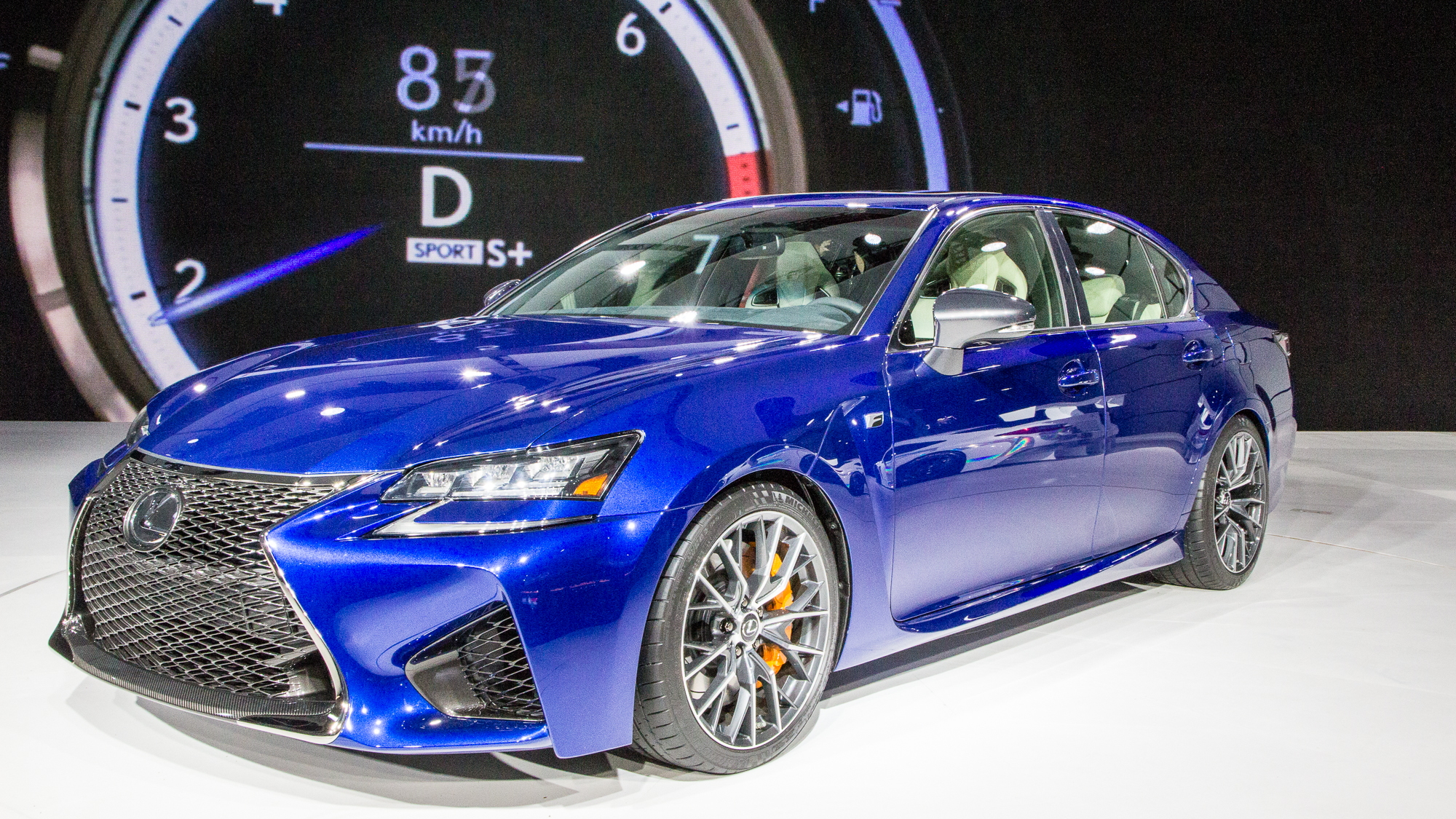 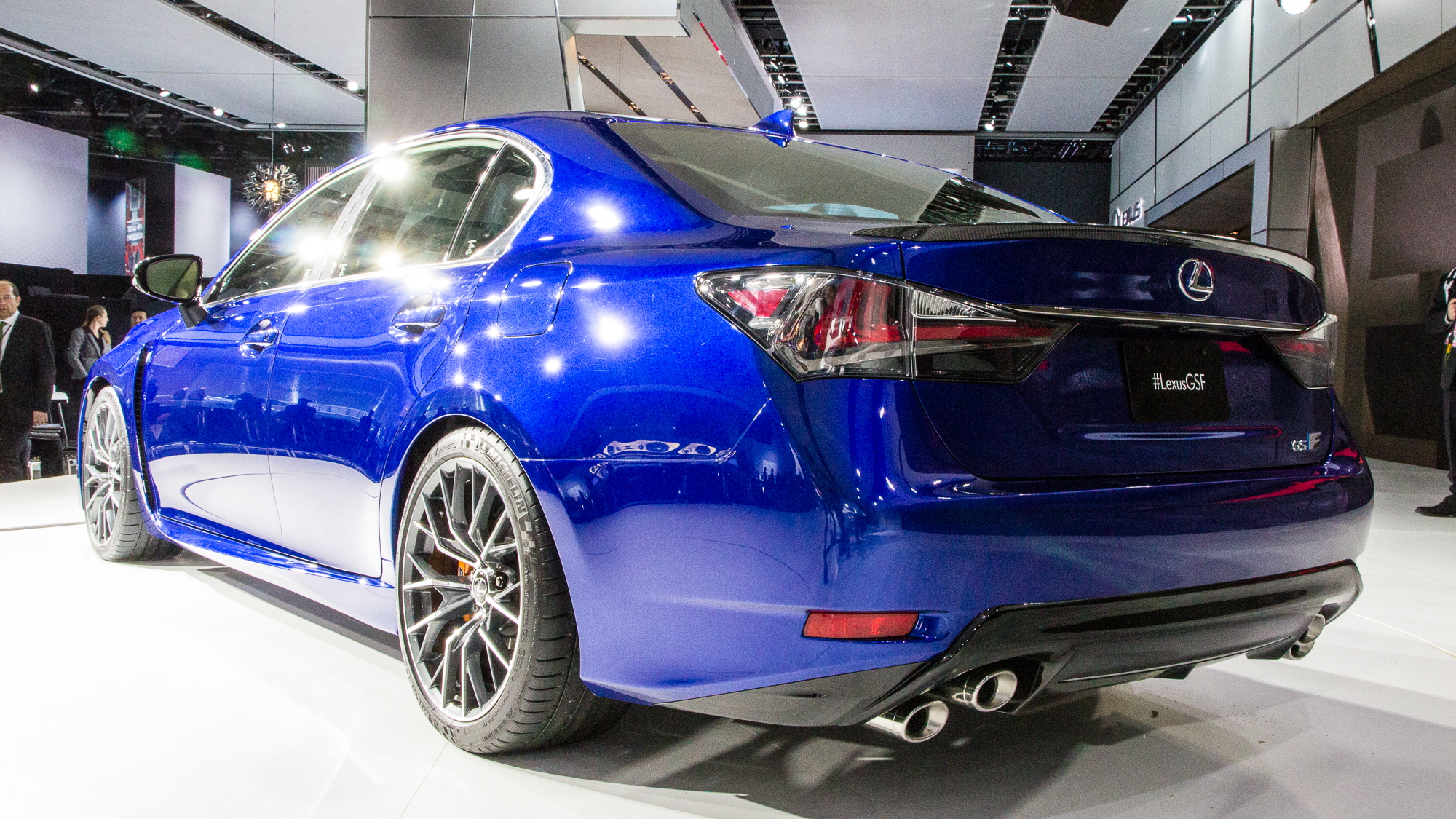 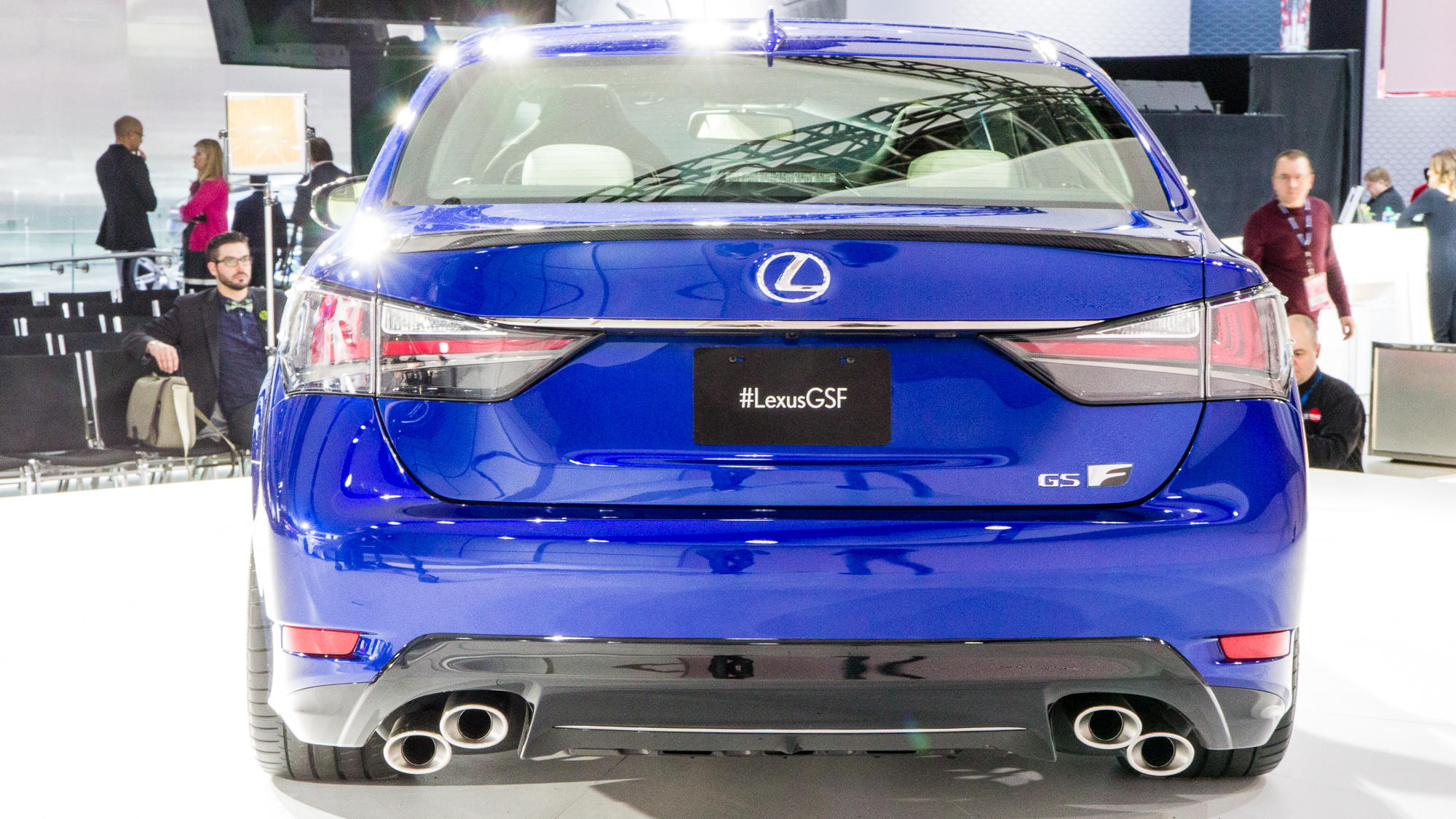 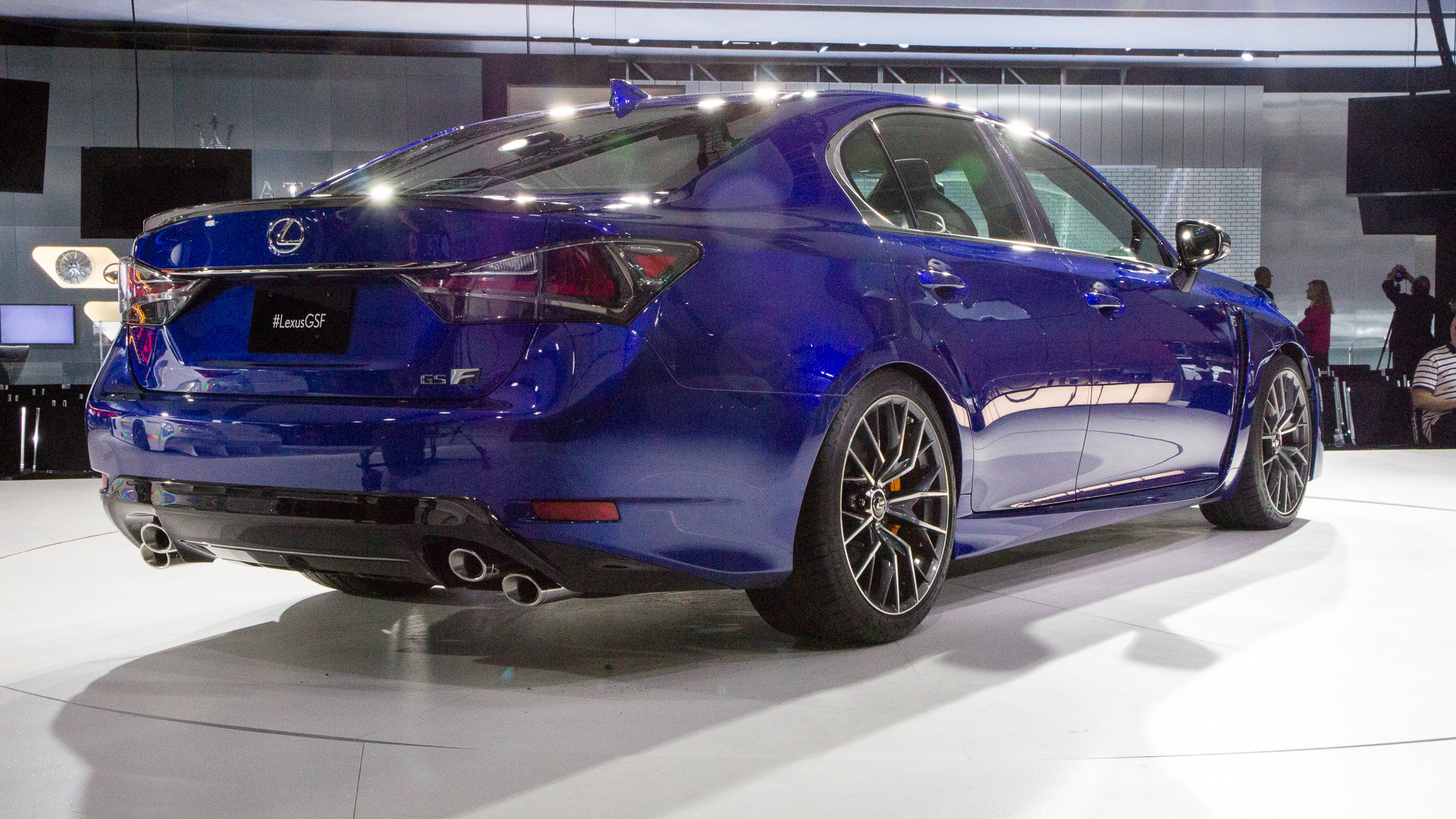 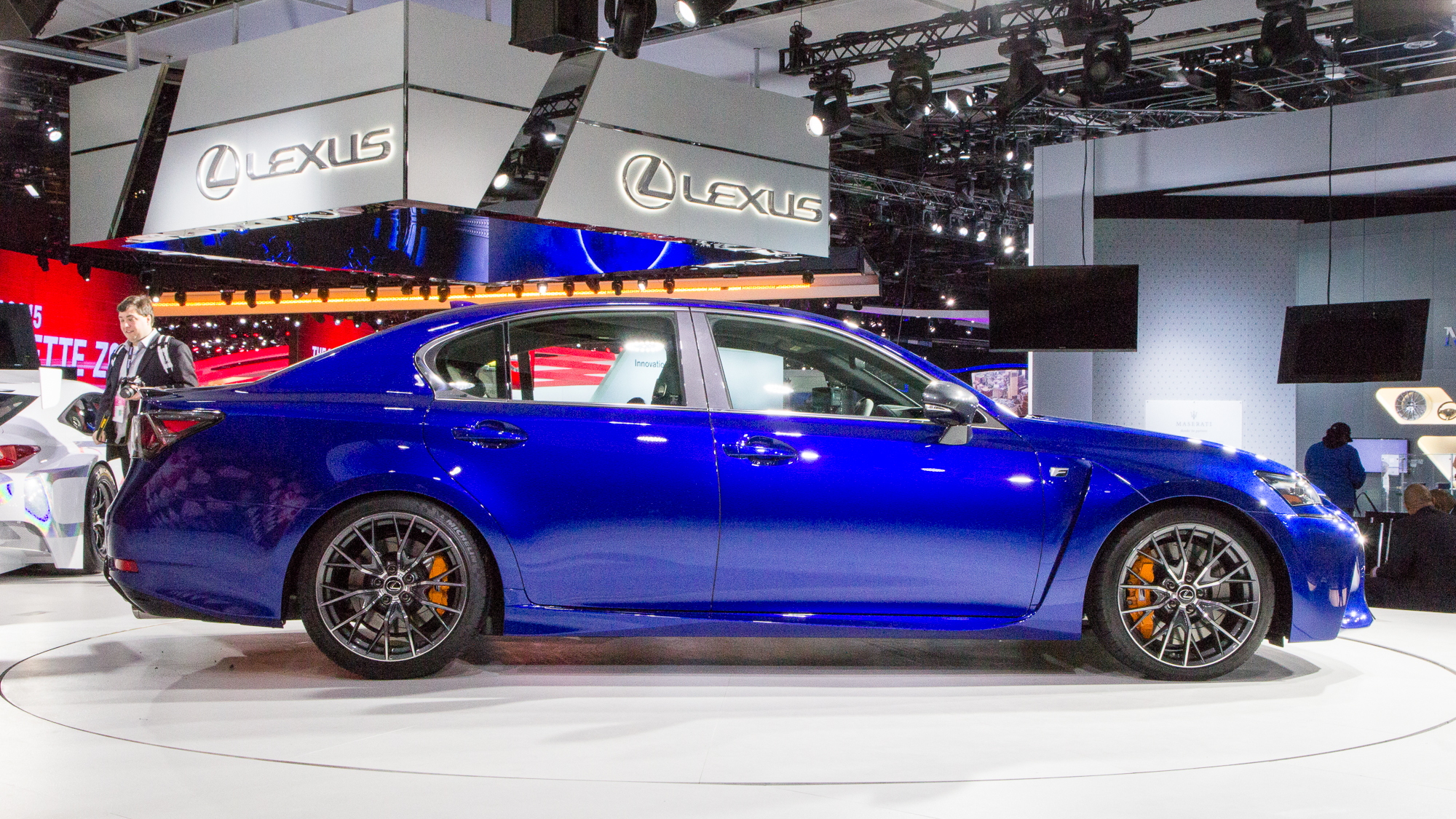 The Lexus RC F has done an impressive job winning hearts and minds to the performance side of the Japanese luxury brand, and now, the GS sedan is getting in on the action. Today at the 2015 Detroit Auto Show, Lexus unveiled the new 2016 GS F.

Right out of the gate, Lexus aims for an in-between space with the GS F, proclaiming, “It is not a standard luxury sedan or track car.” What it is, Lexus says, is a luxury sedan with space for five adults and the “handling of a sports car.”

According to the project’s chief engineer, Yukihiko Yaguchi, “With the GS F, we wanted to make a special car that not only would exceed the expectations of the most discerning driving enthusiast, but also something that most people can enjoy.”

That’s a tall order. So what is the GS F made of?

Under the hood lies a 5.0-liter V-8 engine rated at 467 horsepower and 389 pound-feet of torque. An eight-speed automatic (with paddles shifters, naturally) sends that power to the rear wheels. Despite the aggressive tune and sporting intent, the GS F’s V-8 engine also adopts the Atkinson cycle under some conditions, slightly improving gas mileage.

Four driving modes are available, including Normal, Eco, Sport, and Sport S+. According to Lexus, Sport S+ is designed for both the track and the street, indicating it still provides a significant safety net.

A torque-vectoring differential, or TVD in Lexus parlance, improves handling and power application, offering three modes including Standard, Slalom, and Track. Nineteen-inch wheels wrapped in 255/35 front and 275/35 rear tires, six-piston calipers on 15-inch front rotors, and a weight savings of 300 pounds versus key German competitors (per Lexus) are further performance attributes. The Lexus GS F sits on a 112.2-inch wheelbase, measures 192.9 inches in overall length, is 72.8 inches wide, and tips the scales at 4,034 pounds.

Of course, it wouldn’t be an F car if it didn’t wear an aggressive look. For the GS F, project chief designer Yoshiharu Nakajima focused on the movement of air and cooling, with large air outlets in the front fenders, the typically aggressive spindle grille, large front air intakes, a lower/wider stance, and a carbon fiber rear spoiler above four chrome exhaust outlets.

The cabin of the GS F gets an F-branded steering wheel, a multi-display instrument cluster screen that adjusts to match the four driving modes, and more supportive front and rear seats.

Of course, all of the typical Lexus luxury features are also included with the GS F, such as navigation, a 12.3-inch central display, the Remote Touch interface, and more. Like the RC F, the GS F feature Active Sound Control, using the car’s speakers to enhance the engine note. Safety equipment includes the Pre-Collision System with automatic braking and pedestrian detection, adaptive cruise control, lane-keeping assistance, and more.