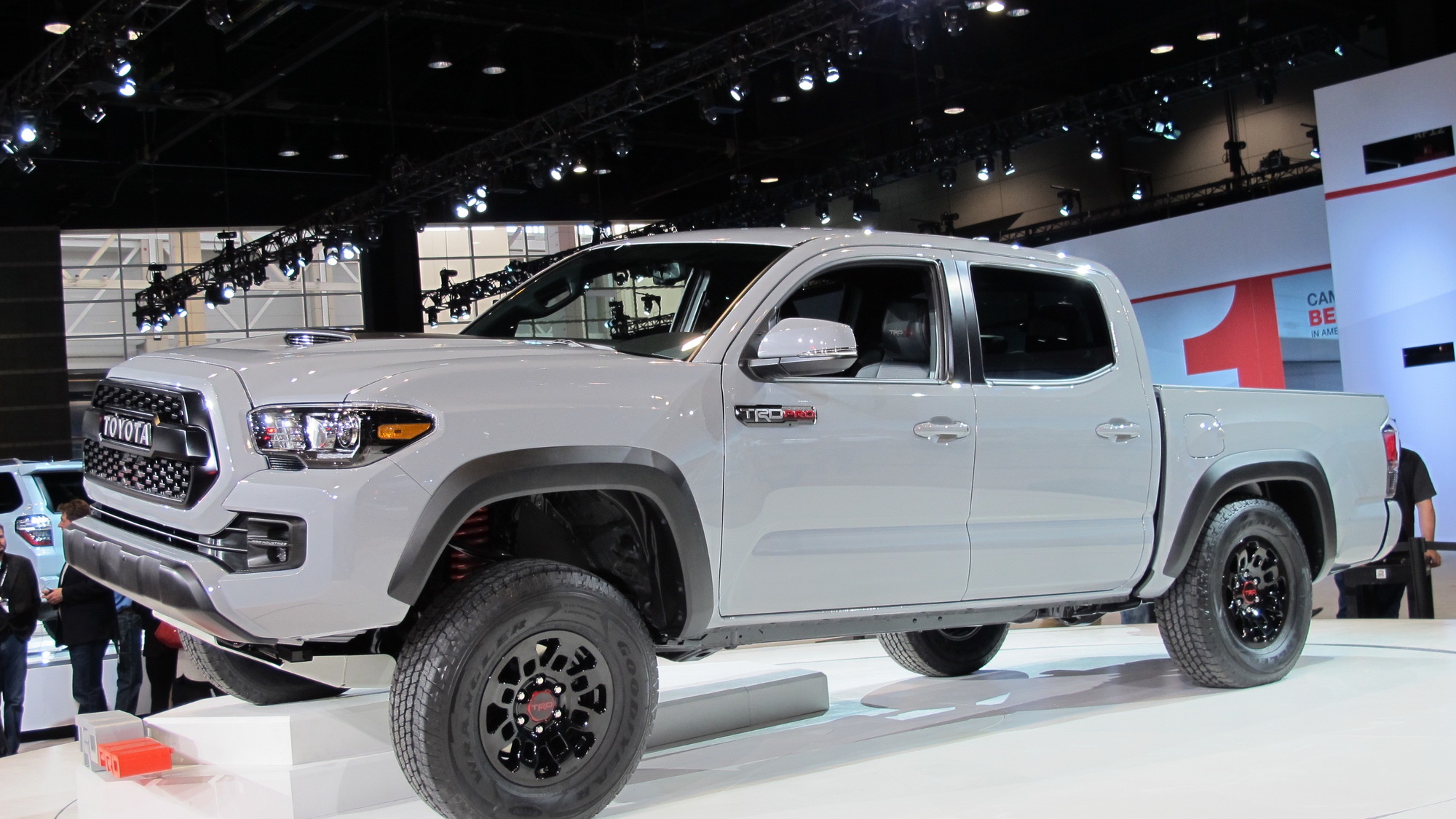 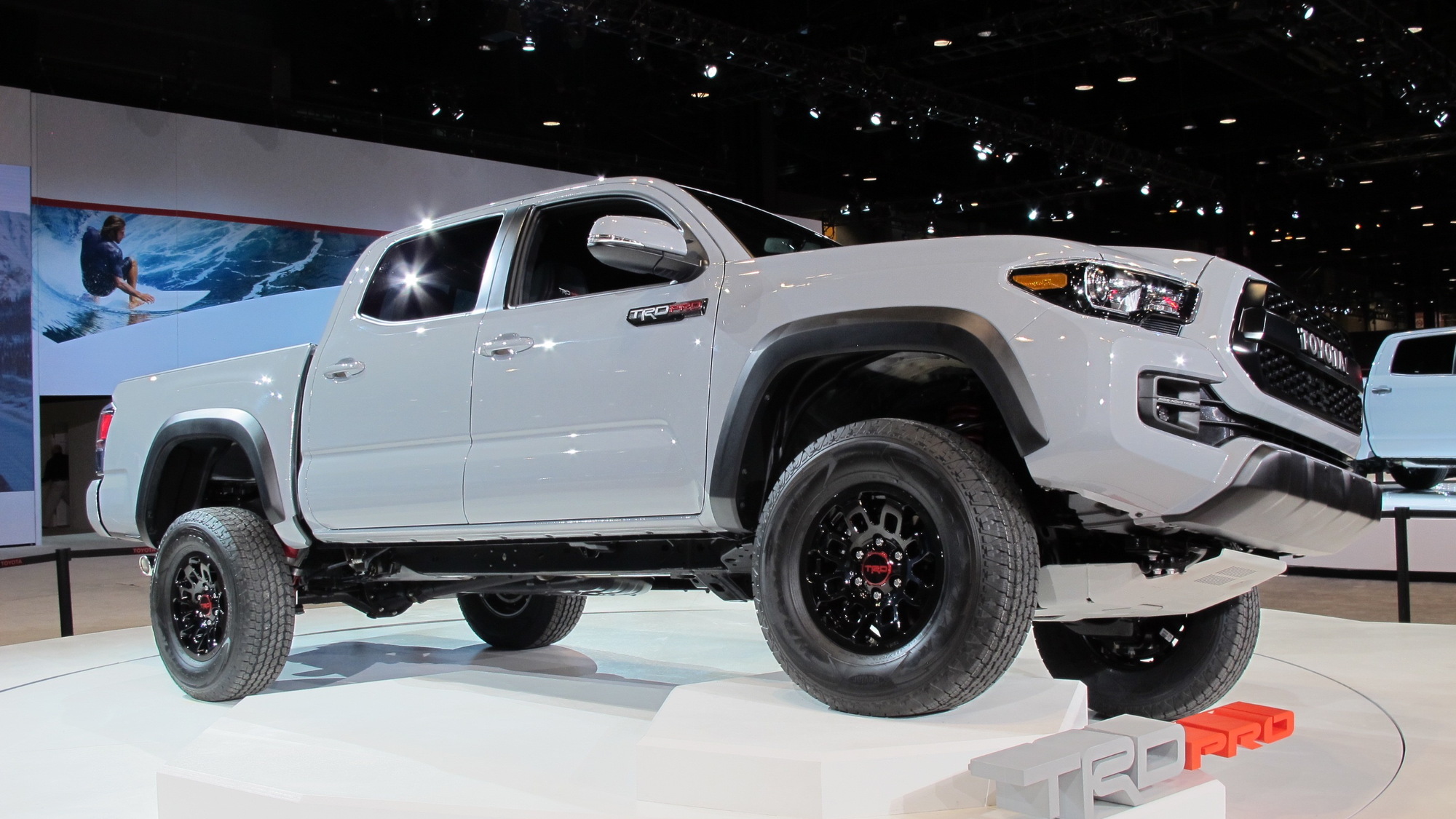 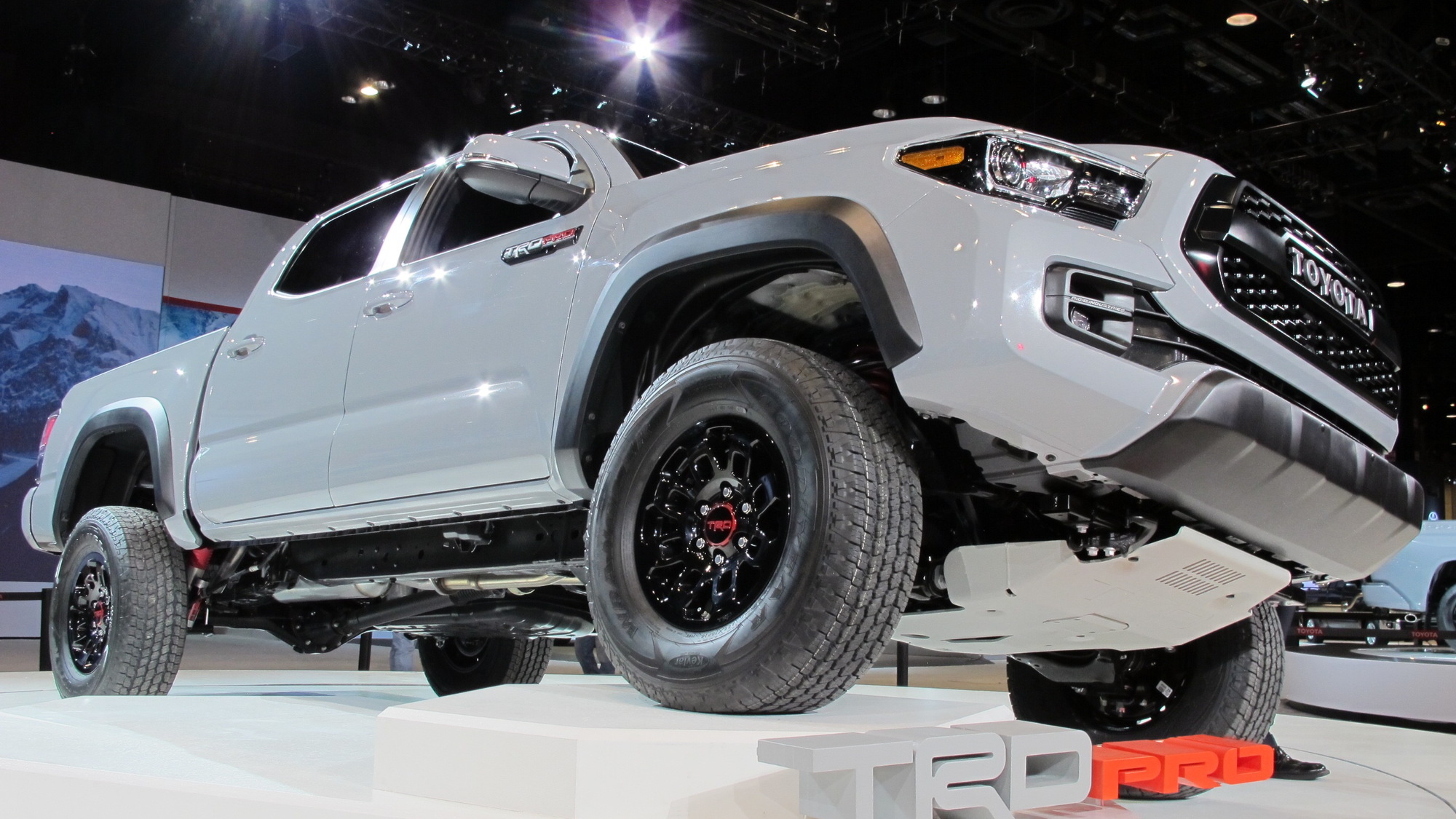 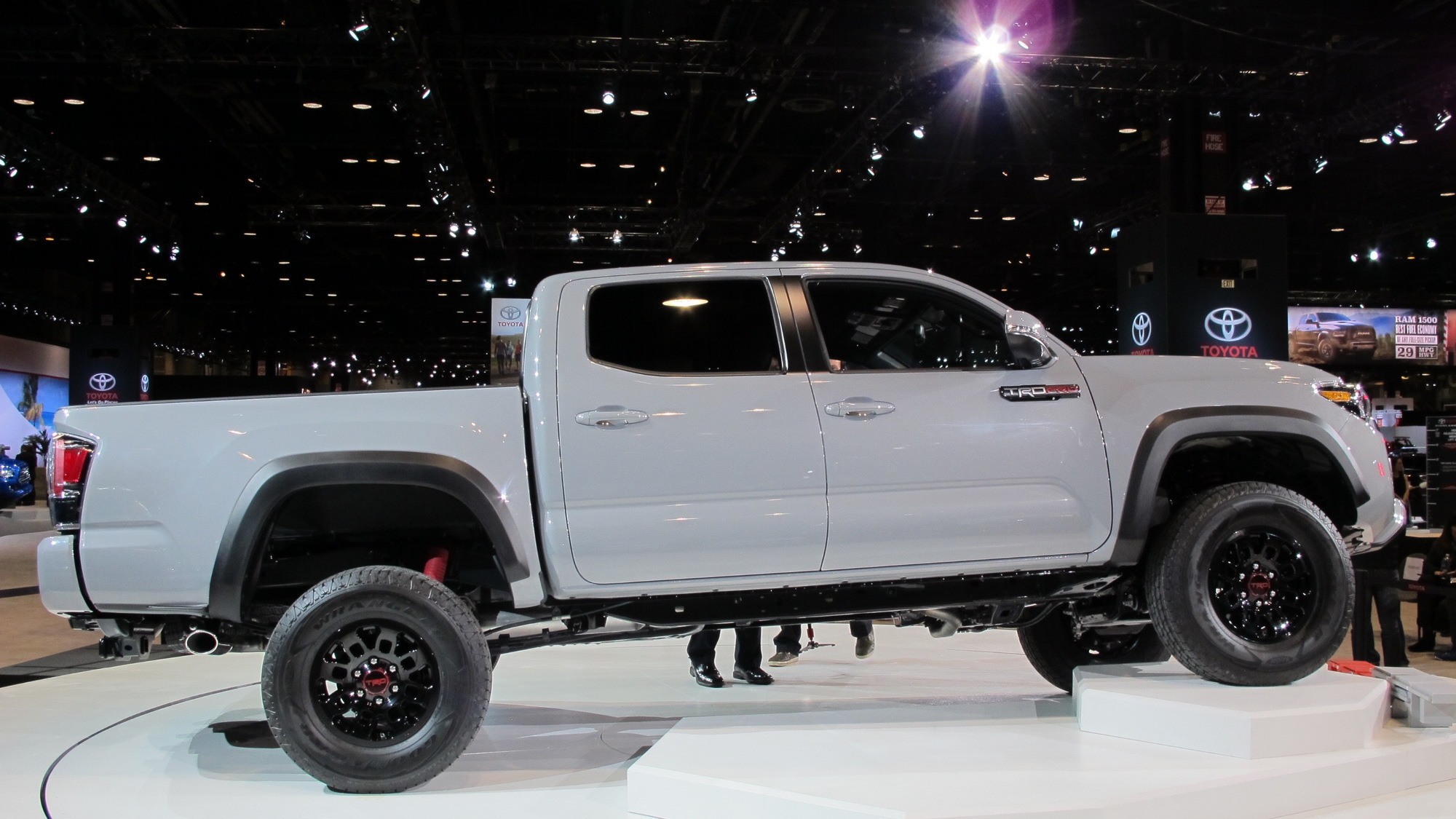 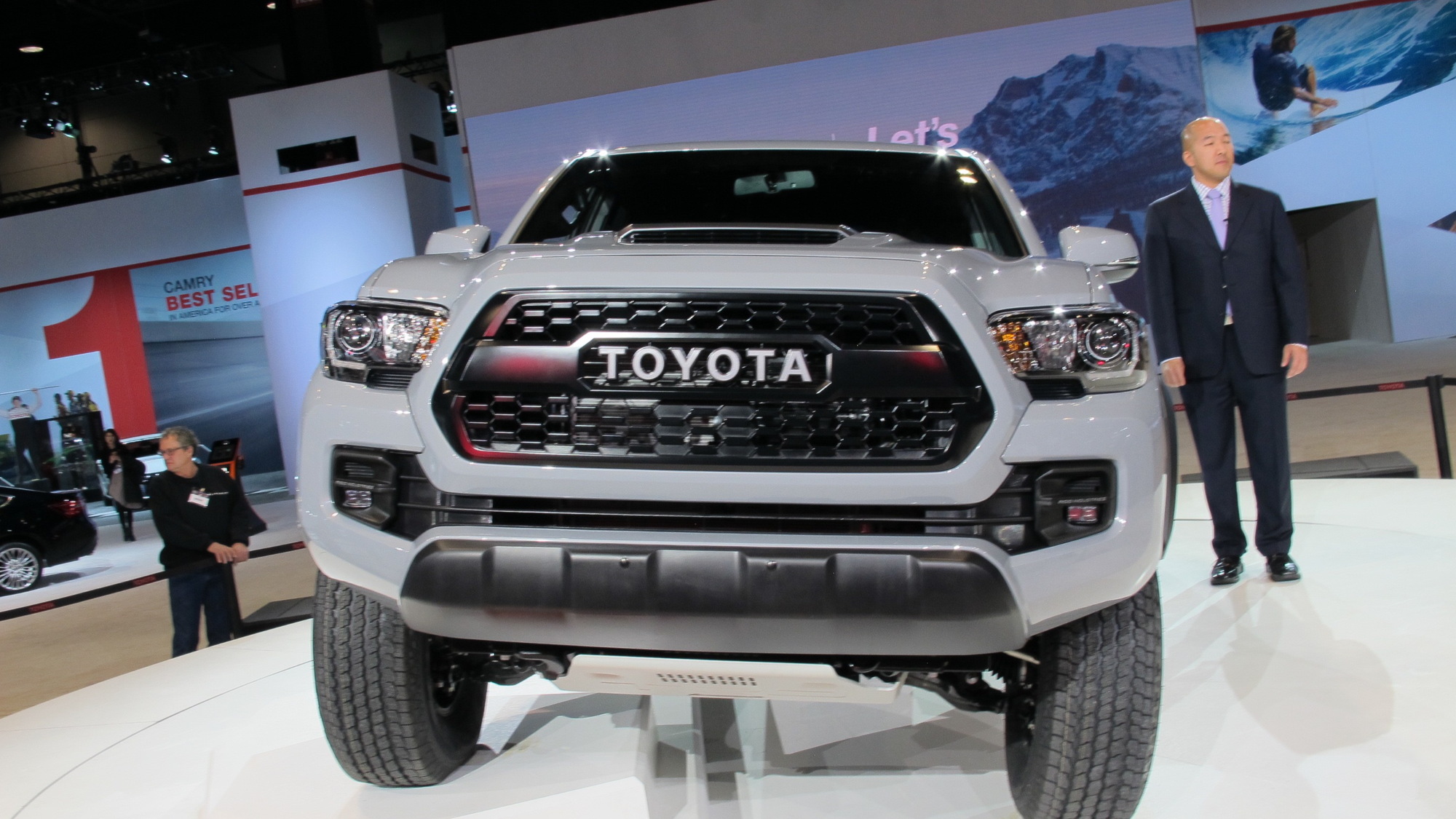 When Toyota overhauled its Tacoma last year, missing from the lineup was the awesome TRD Pro off-roader. This led to concerns that the vehicle wouldn’t be returning. It turns out it was only taking a little break as a new Tacoma TRD Pro has just rolled into the 2016 Chicago Auto Show.

The truck will hit showrooms this fall, as a 2017 model, and it will come complete with a full set of factory-installed off-road equipment designed by the engineers at Toyota Racing Development. Buyers will have three colors to choose from (Cement, Barcelona Red Metallic, and Super White), as well as the choice of a six-speed manual or six-speed automatic.

For the off-road performance, they added FOX 2.5 Internal Bypass shocks with custom tuning; new front springs that provide a 1.0-in lift; and custom-tuned progressive-rate leaf springs at the rear. 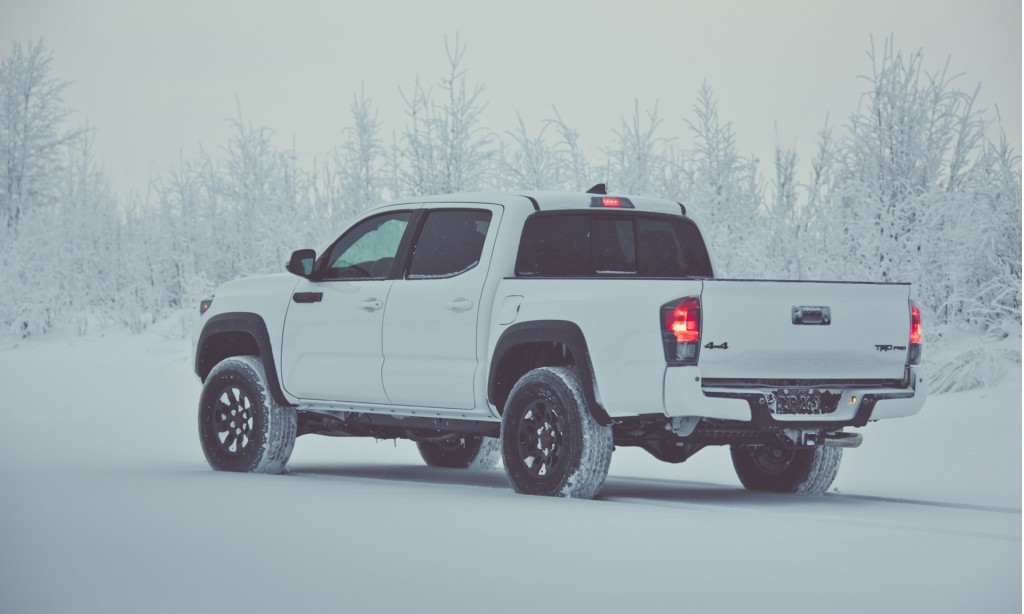 Under the hood is the new 3.5-liter V-6 introduced last year. It makes 278 horsepower and 265 pound-feet of torque. It boasts noticeably better passing power and smoothness than the unit in the previous truck.

In the cabin, you get a number of features you wouldn’t expect in an off-roader like this. There are leather-trimmed heated front seats with four-way adjustment, blind spot and cross traffic warning systems, and several TRD-badged items such as the floor mats and shift knob.

As mentioned, sales start this fall. Pricing will be announced closer to the on-sale date.