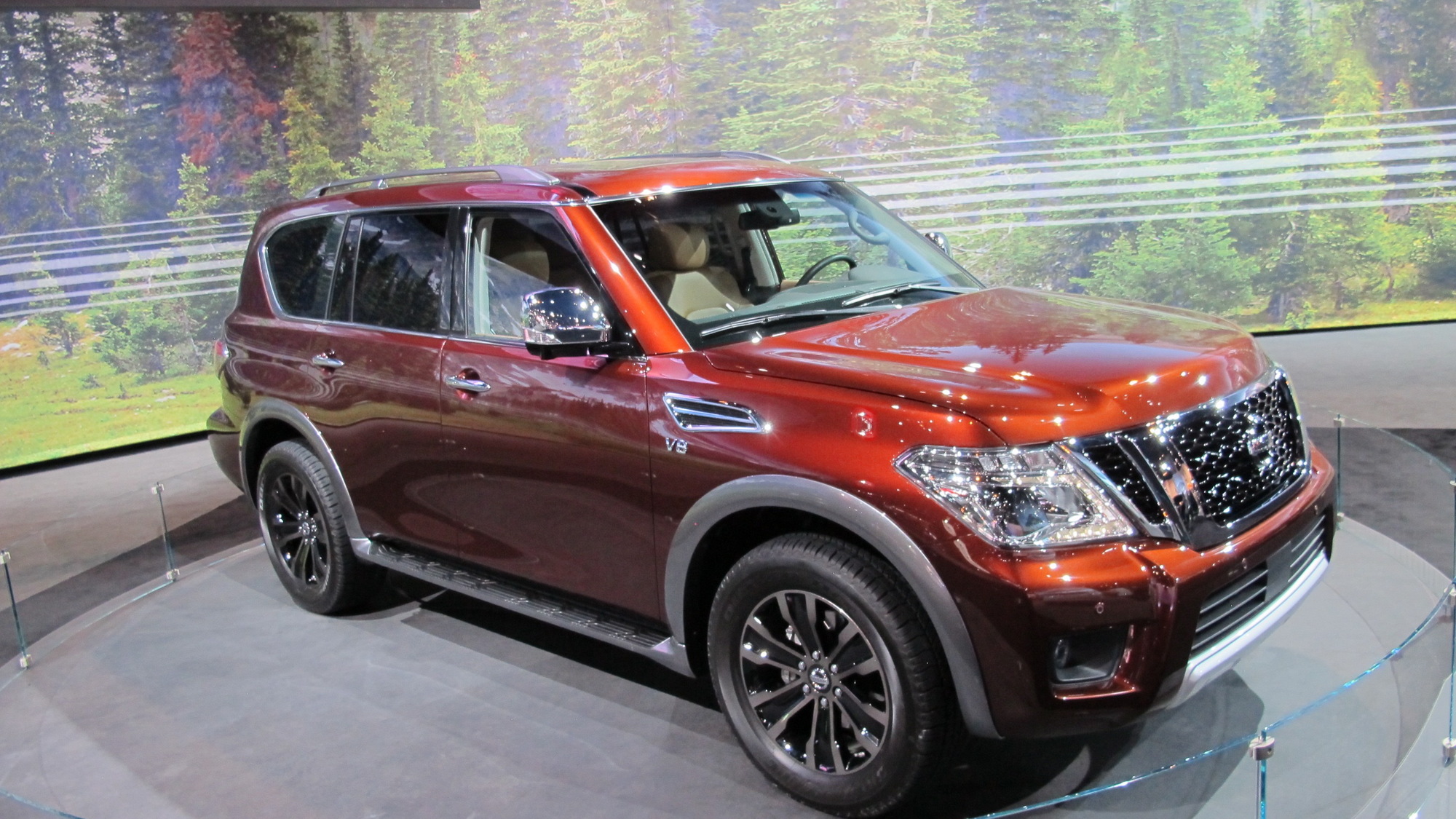 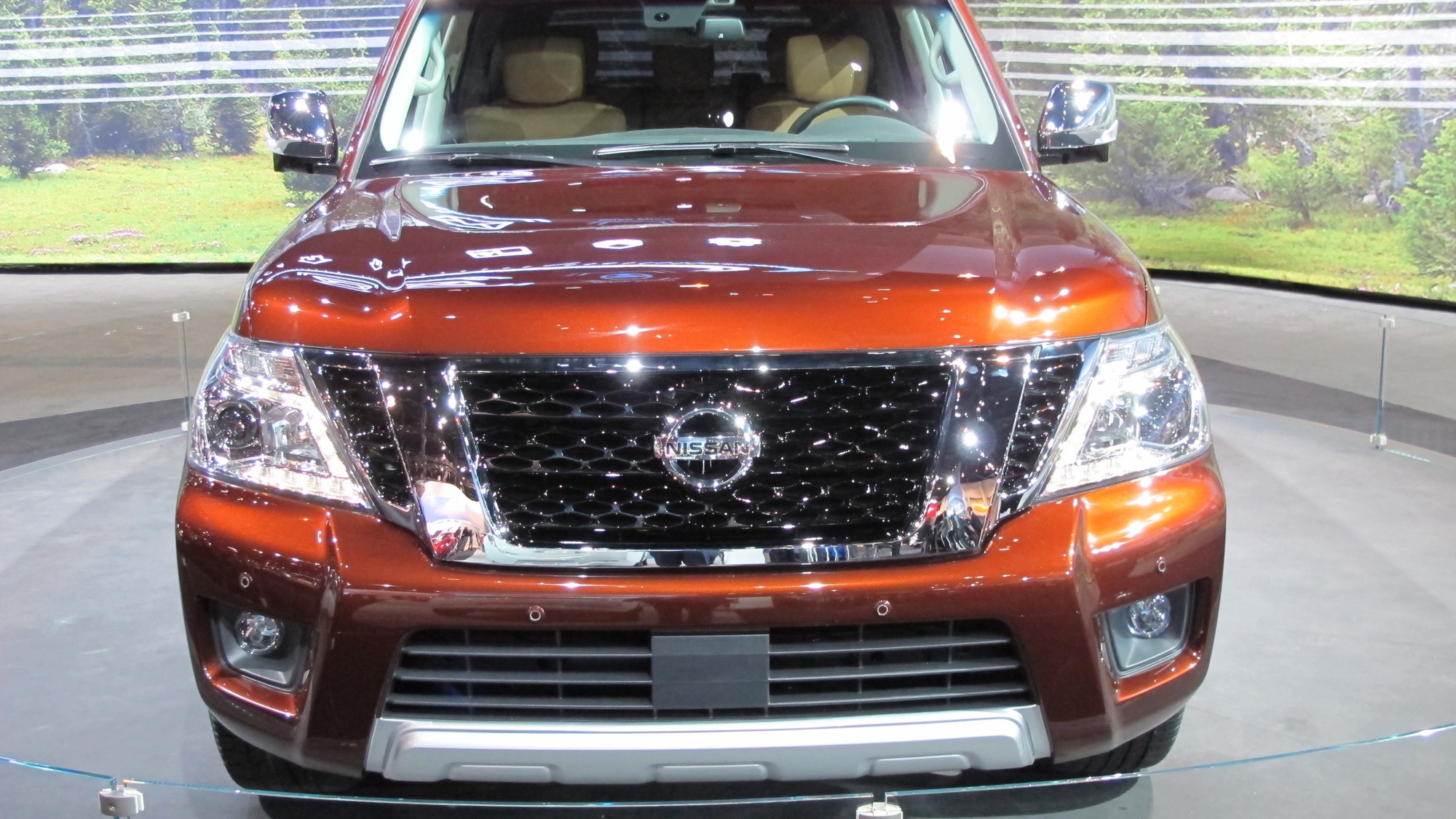 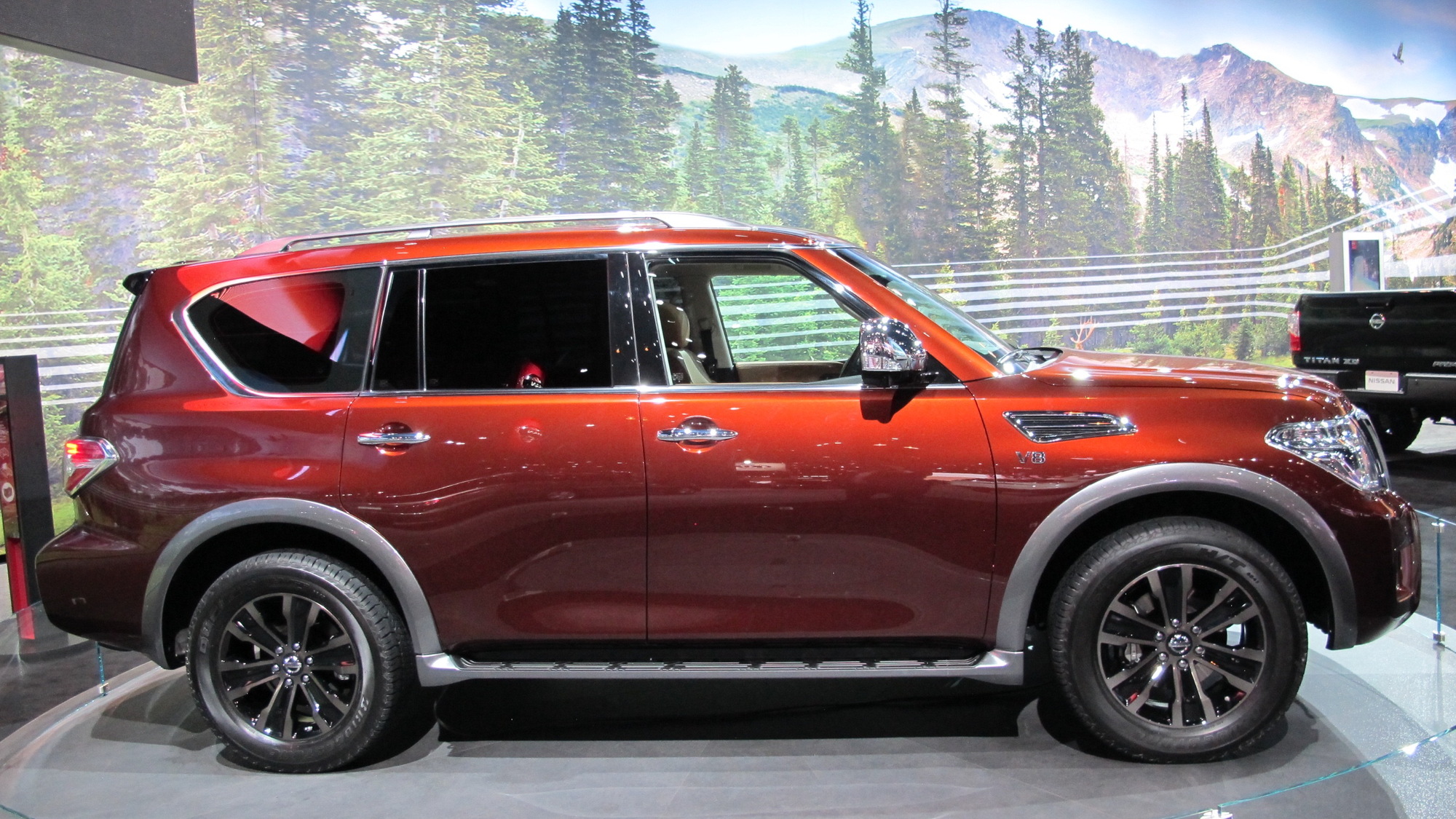 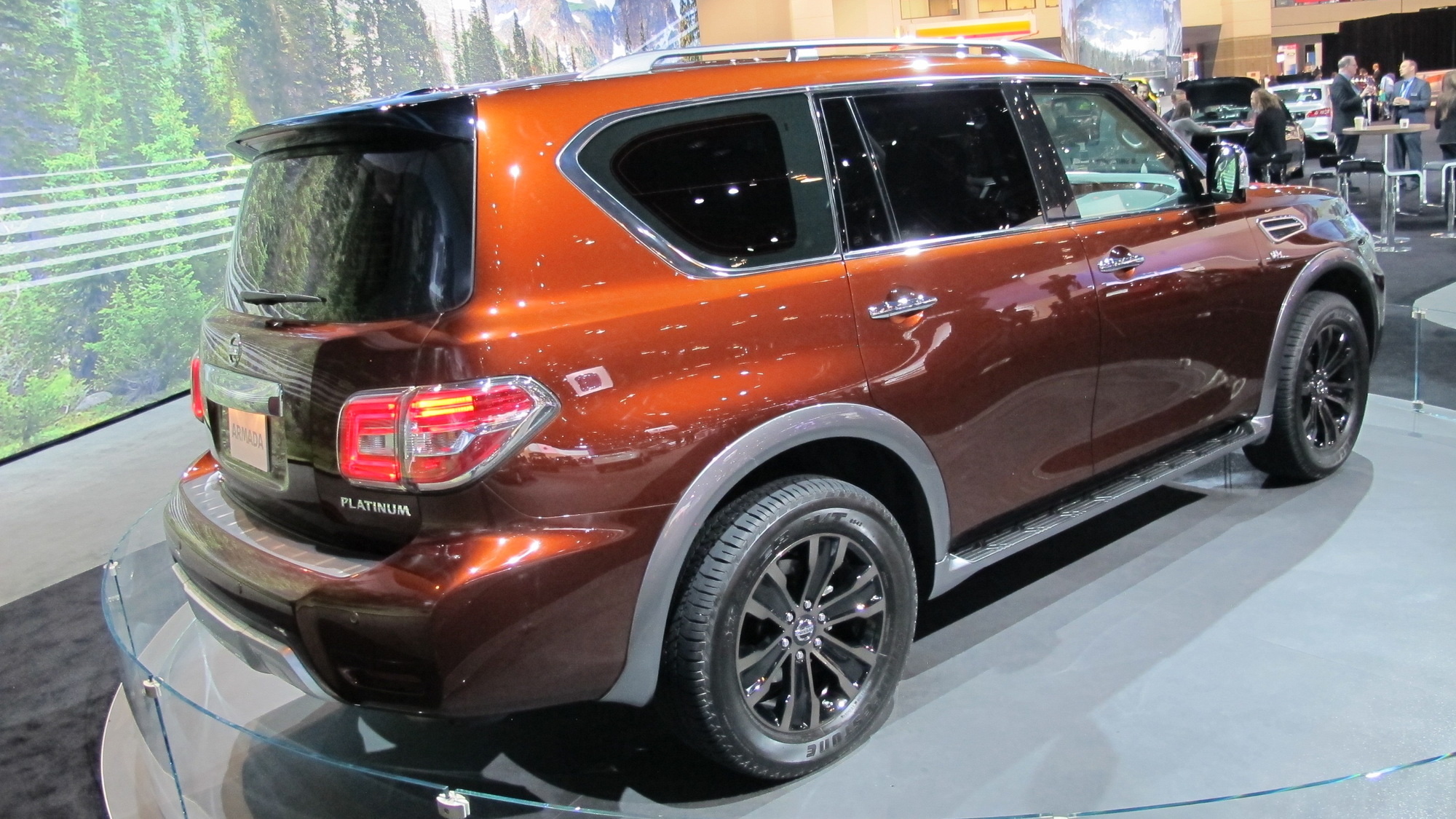 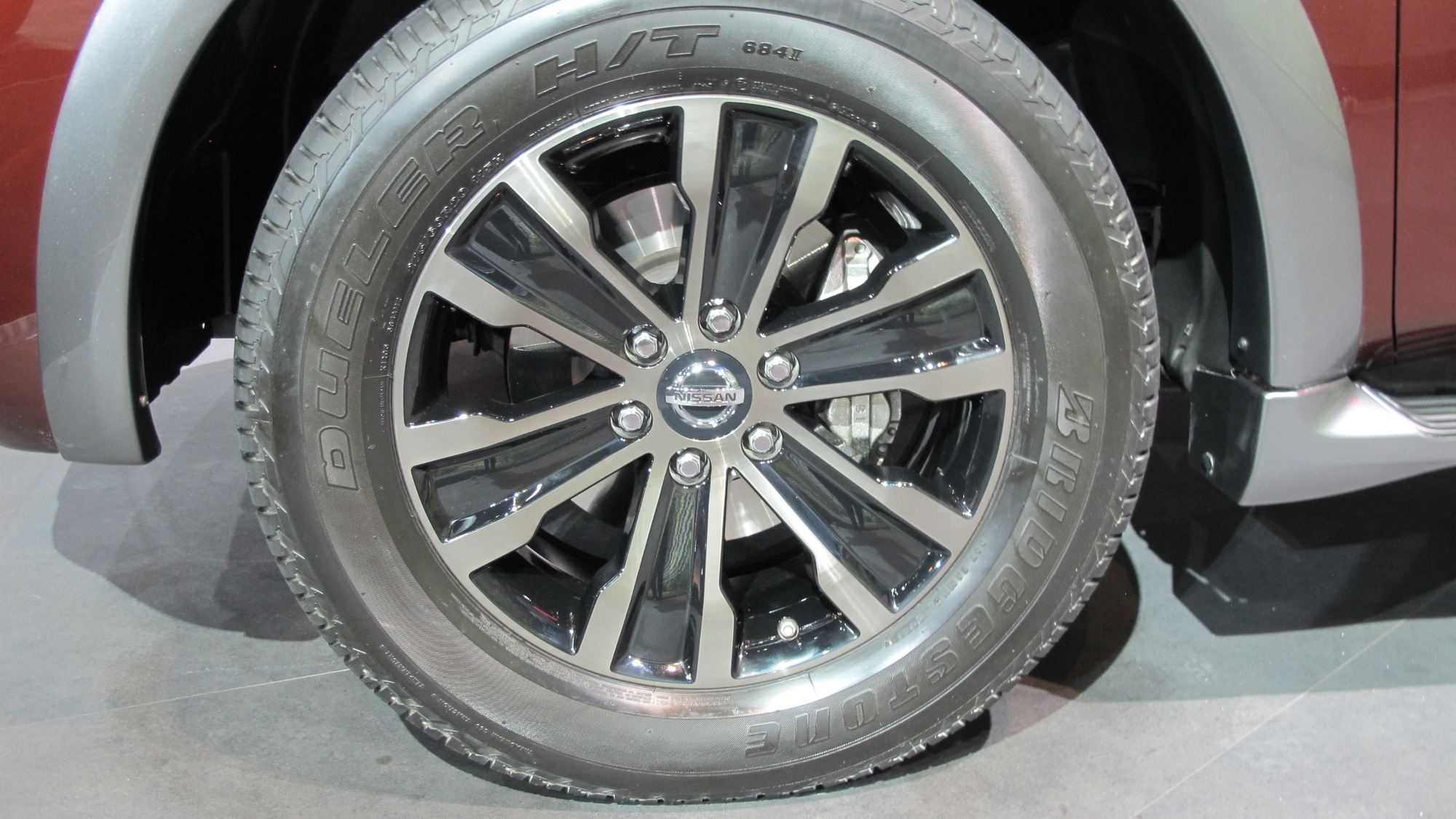 After a brief hiatus, Nissan’s full-size Armada SUV is making a return. The latest generation was unveiled today at the 2016 Chicago Auto Show. It's set to go on sale later this year, as a 2017 model. Importantly, it’s no longer related to Nissan’s Titan workhorse, though it still has tough, body-on-frame construction.

That’s because the 2017 Armada is a rebadged version of Nissan’s highly-regarded Patrol, the current version of which has been on sale since about 2010. The Armada is also mechanically identical to Infiniti’s QX80 although the Nissan version of the 5.6-liter V-8 has a slightly tamer 390 horsepower and 401 pound-feet of torque compared to the Infiniti’s 400 hp and 413 lb-ft.

The engine is mated to a seven-speed automatic transmission and in standard form drives the rear wheels only. A four-wheel-drive system is available. The system features multiple driving modes as well as an electronically-controlled, part-time transfer case and low range. Regardless of what option you pick, the 2017 Armada will be able to tow up to 8,500 lb.

Compared to the previous Armada, the 2017 model is 1.2 inches longer overall and 0.6 in wider. Its wheelbase is 2.1 in shorter, though, and its roof 2.2 in lower. The cabin is still very roomy and eight adults can still fit inside. Equipment will depend on what trim you select. Nissan will be offering the 2017 Armada in SV, SL and Platinum trim levels.

The 2017 Armada also gets some of the latest tech, either standard or available. The list includes LED headlights (for low beams), a surround view camera and electronic safety and driving aids such as adaptive cruise control, forward collision warning, automatic braking, lane departure warning (and prevention), and a blind spot monitor.

Production of the 2017 Armada will take place at the Nissan Shatai plant in Japan. Nissan hasn’t announced pricing but we're expecting a price rise over the $40k starting price of the outgoing Armada.