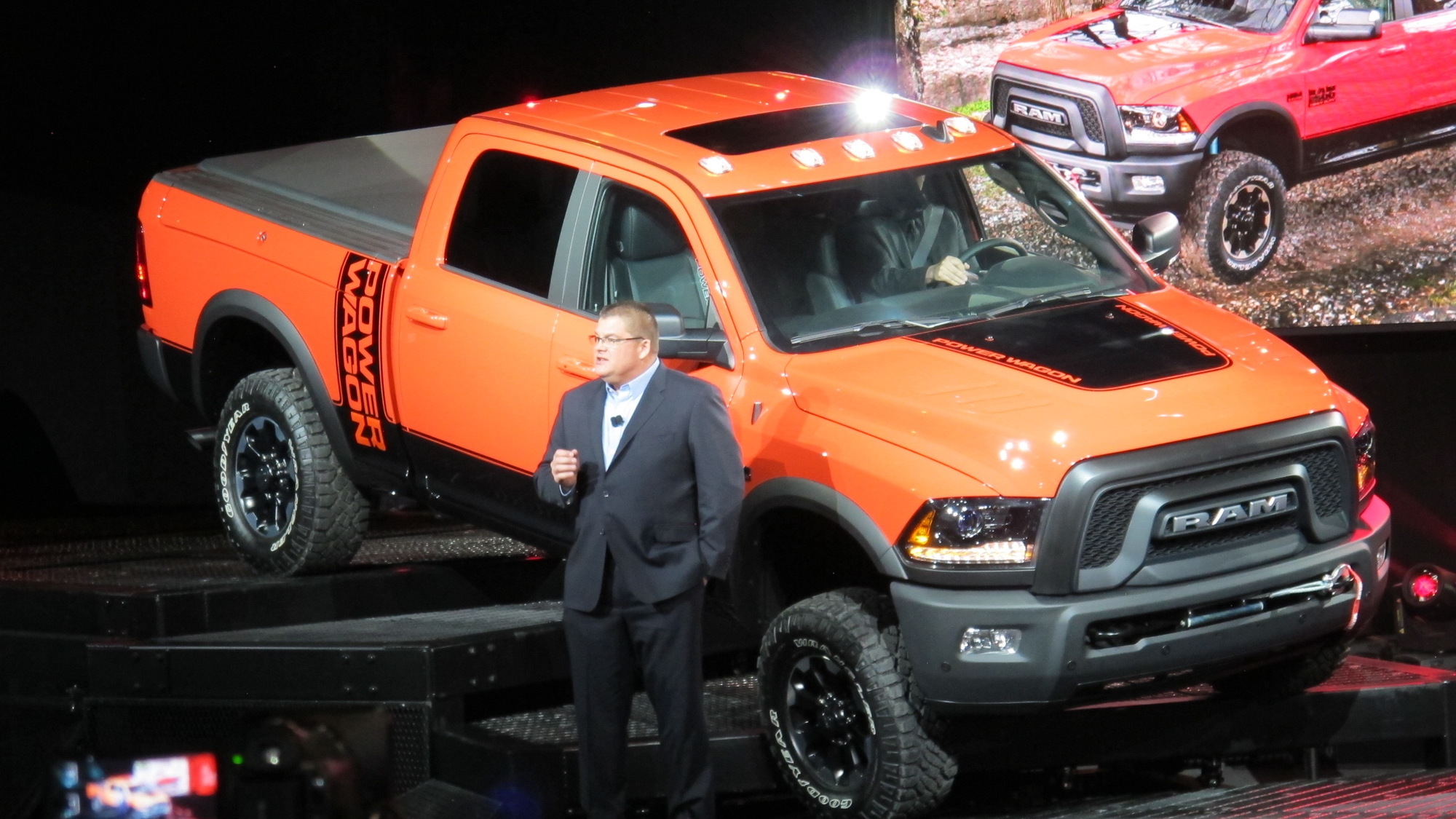 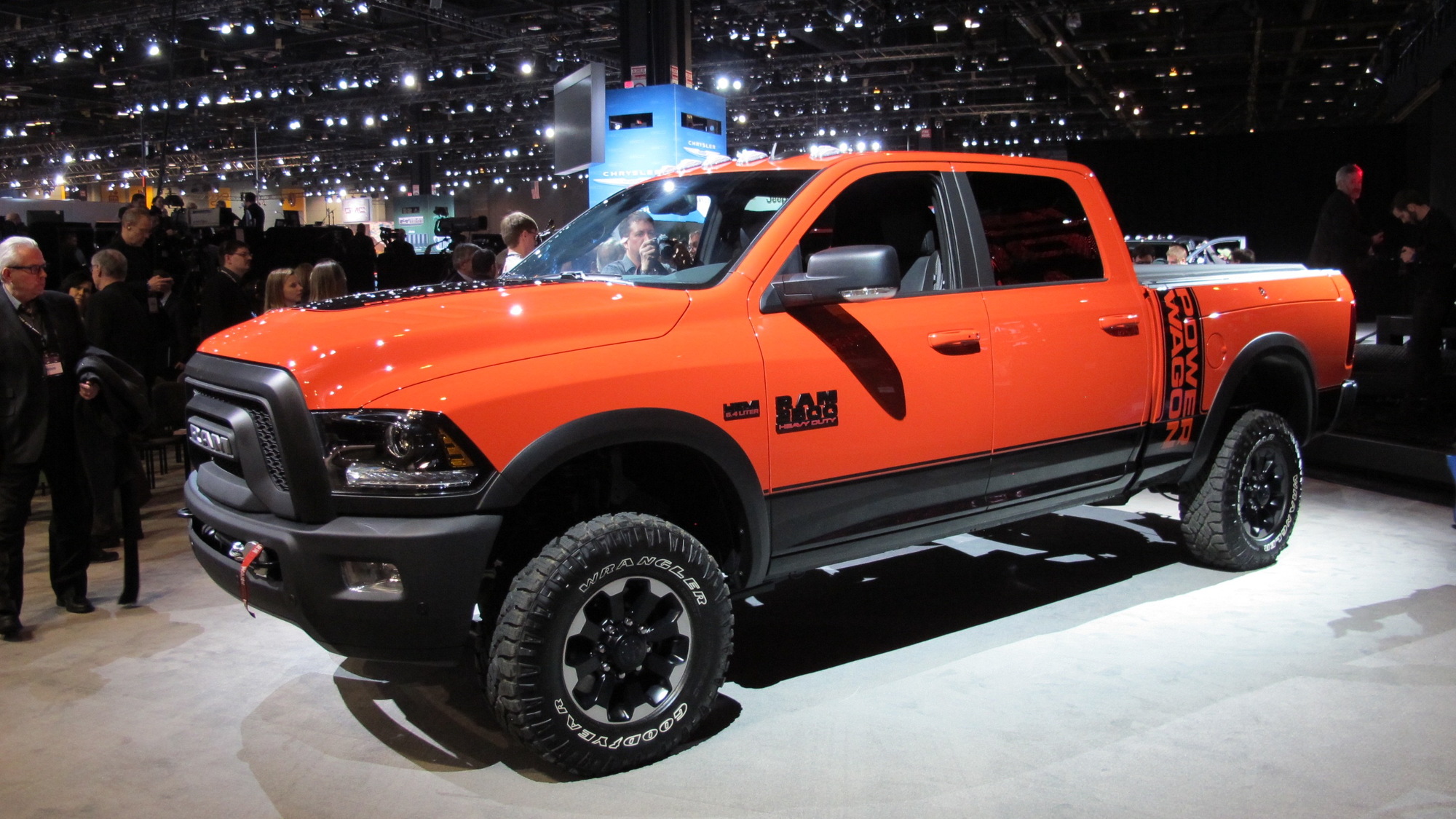 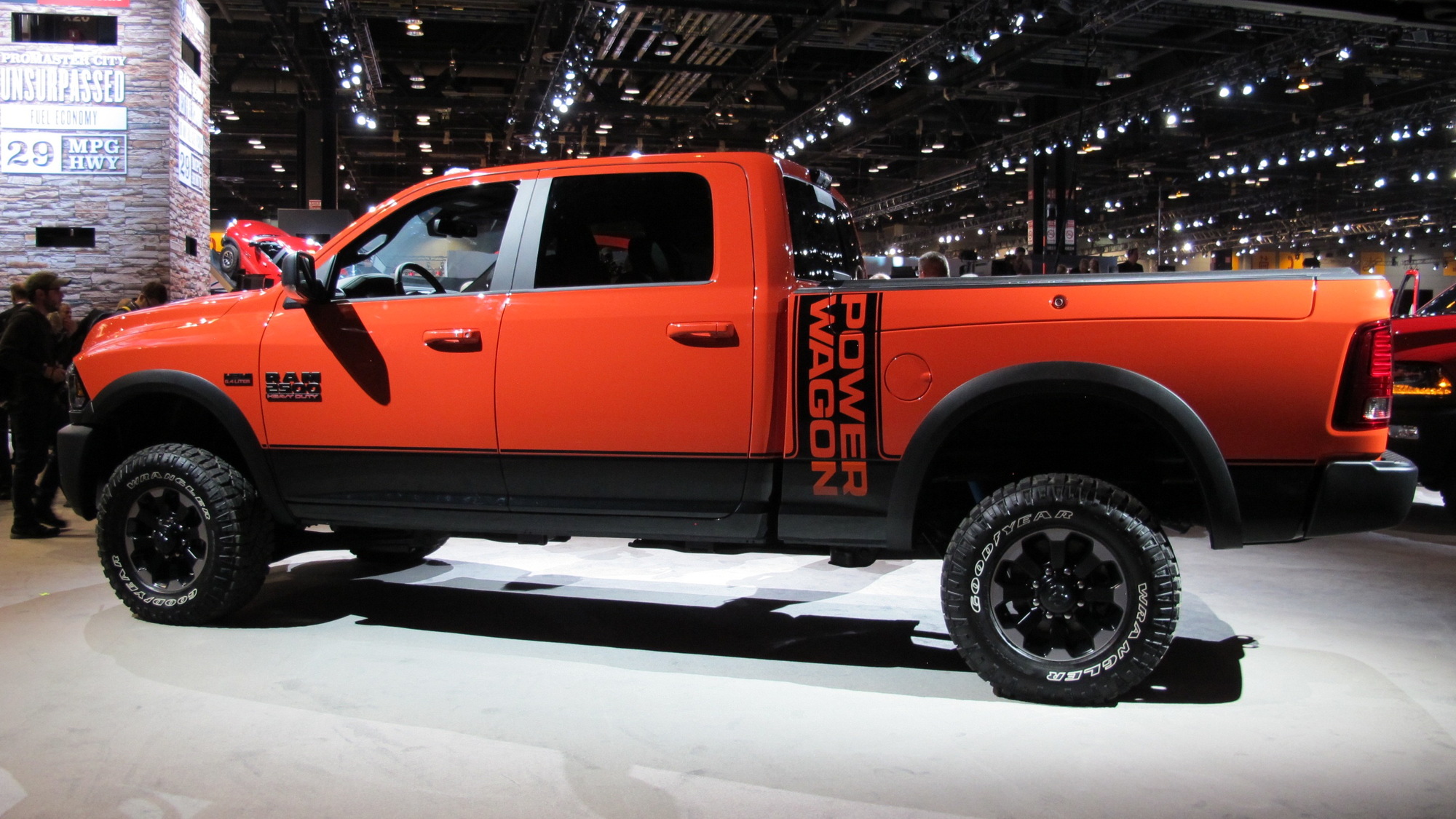 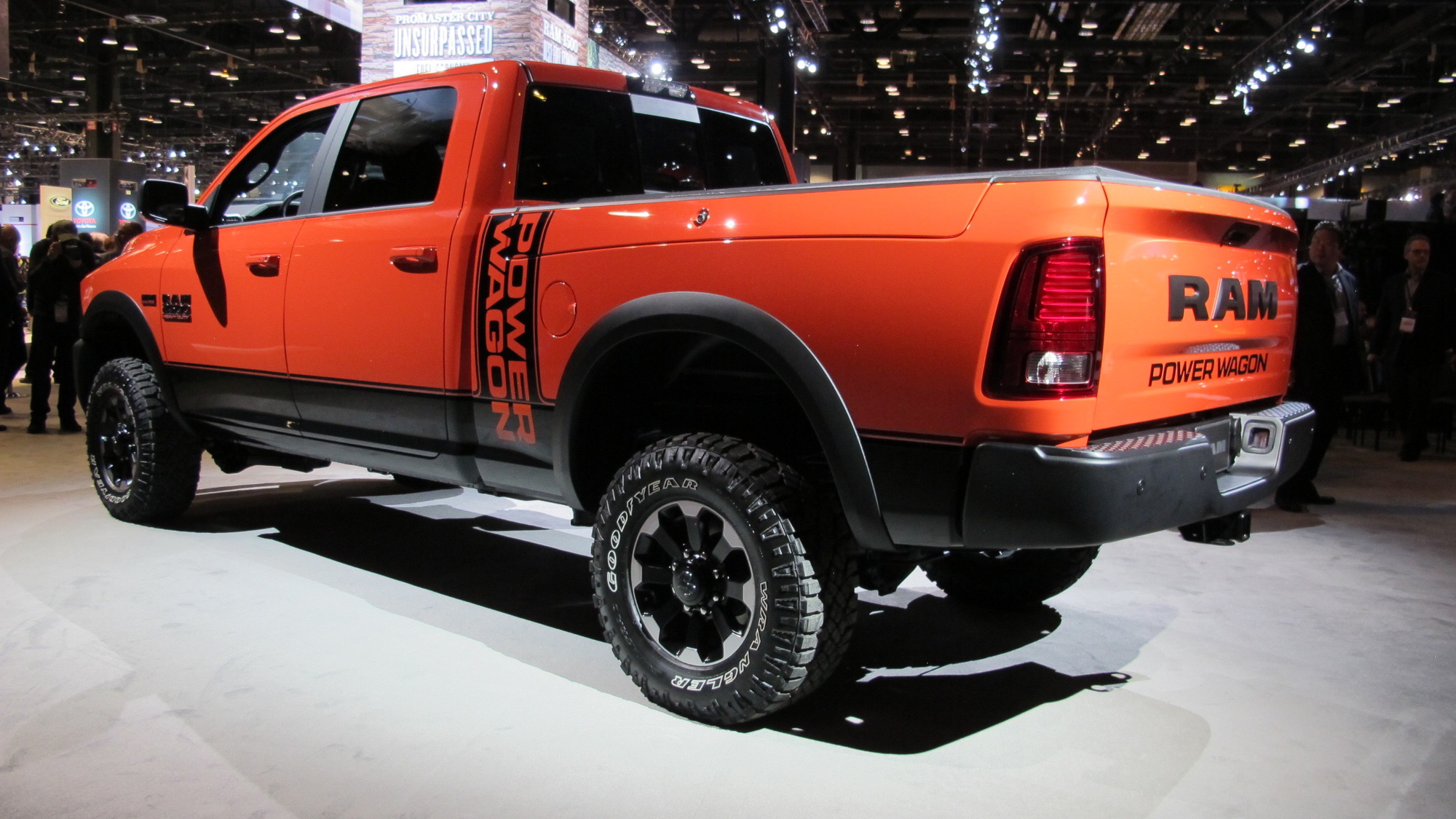 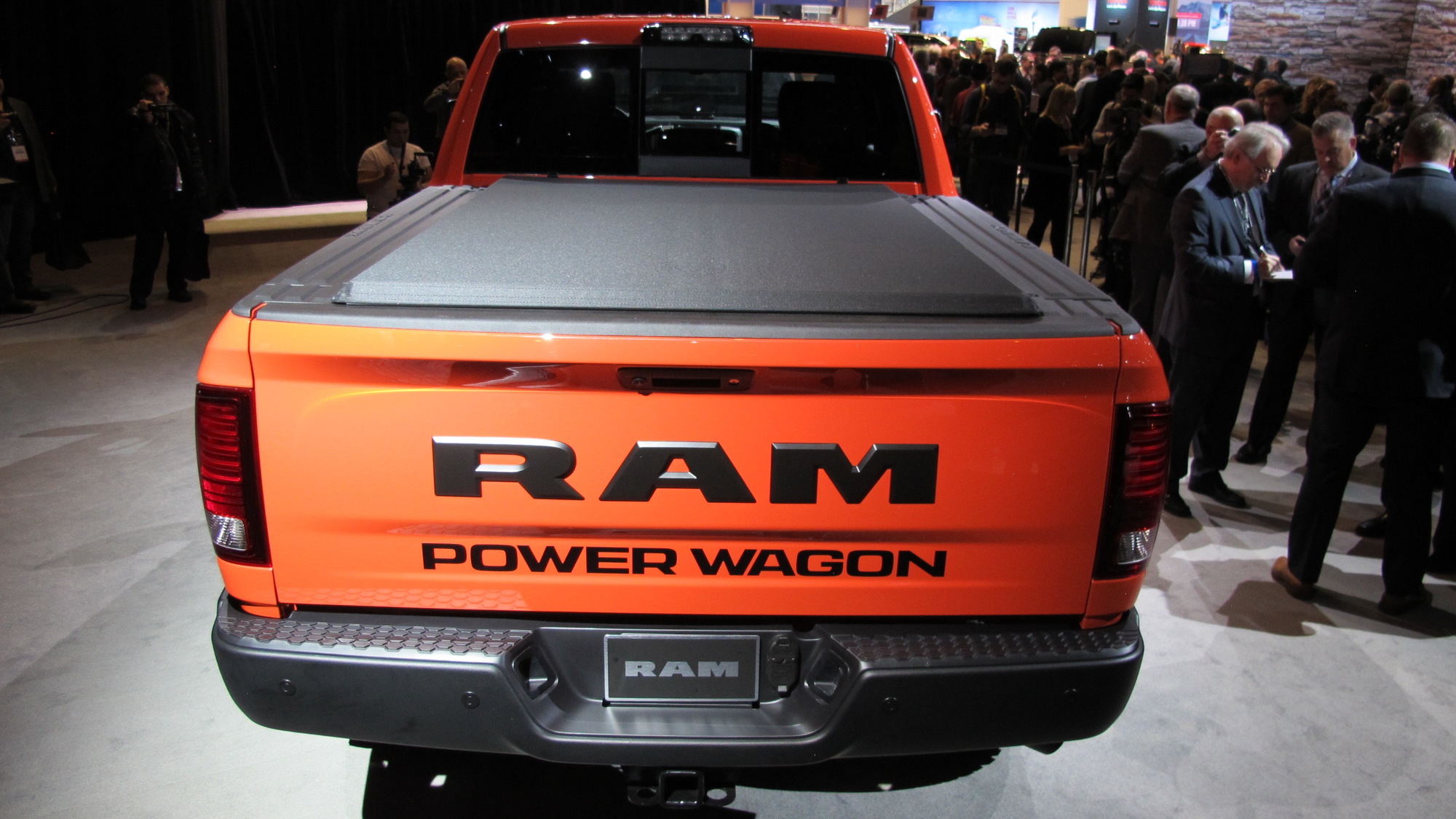 It may not have the speed of Ford Motor Company's [NYSE:F] F-150 Raptor, but the Ram Power Wagon is an impressive off-roader in its own right. And for the 2017 model year, Ram unveiled some upgrades for this big truck. The 2017 Ram Power Wagon, which debuted today at the 2016 Chicago Auto Show, gets the same updated styling as other Ram models while maintaining its off-road prowess.

Available only as a three-quarter ton 2500 model with four-wheel drive and a four-door Crew Cab, the 2017 Power Wagon takes on some of the styling cues of the lighter-duty Ram 1500 Rebel. That includes a new blacked-out grille that replaces the Dodge-era cross-hair design, black-bezel projector headlights with LED marker lights, and the word "Ram" prominently stamped into the tailgate in 324-point font.

There are also two new interior schemes, including a base design that features "technical grain" seats with the tread pattern of the Power Wagon's Goodyear Wrangler DuraTrac tires, as well as a leather interior option. Both versions get blacked-out trim with Light Slate Gray stitching, and trim pieces painted in Iron Gray Metallic. The Power Wagon is also now available in base Tradesman trim, which eliminates most of the interior niceties but keeps all of the off-road hardware.

That hardware is as impressive as ever. The Power Wagon sports a model-specific suspension system complete with Bilstein monutube shocks and a two-inch lift kit. The Power Wagon still offers electronically-disconnectable sway bars, offering a compromise between on-road handling and flexibility on uneven terrain. Ram also employs high-movement joints at the control arm-to-axle mount, which it says allow for additional wheel movement. The Power Wagon has 14.3 in of ground clearance and can ford up to 30 in of water, Ram says.

And yes, it still has a HEMI. A 6.4-liter HEMI V-8 remains the only engine option, bringing 410 horsepower and 429 pound-feet of torque. It's hooked up to a six-speed automatic transmission and a robust four-wheel-drive system that includes automated hill-descent control.

The 2017 Ram Power Wagon will be built at Ram's Saltillo Truck Assembly Plant in Coahuila, Mexico. It will go on sale toward the end of this year.