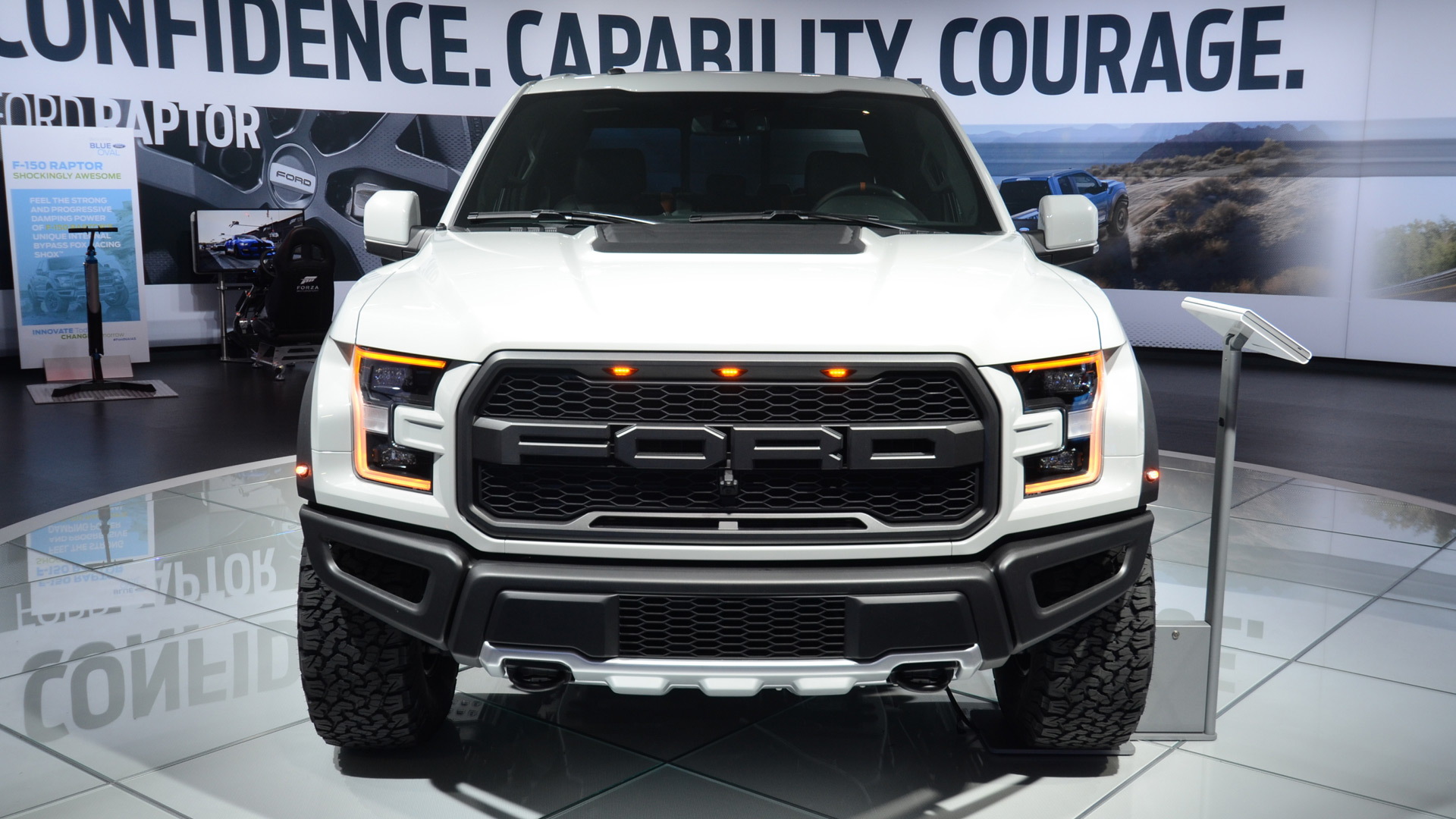 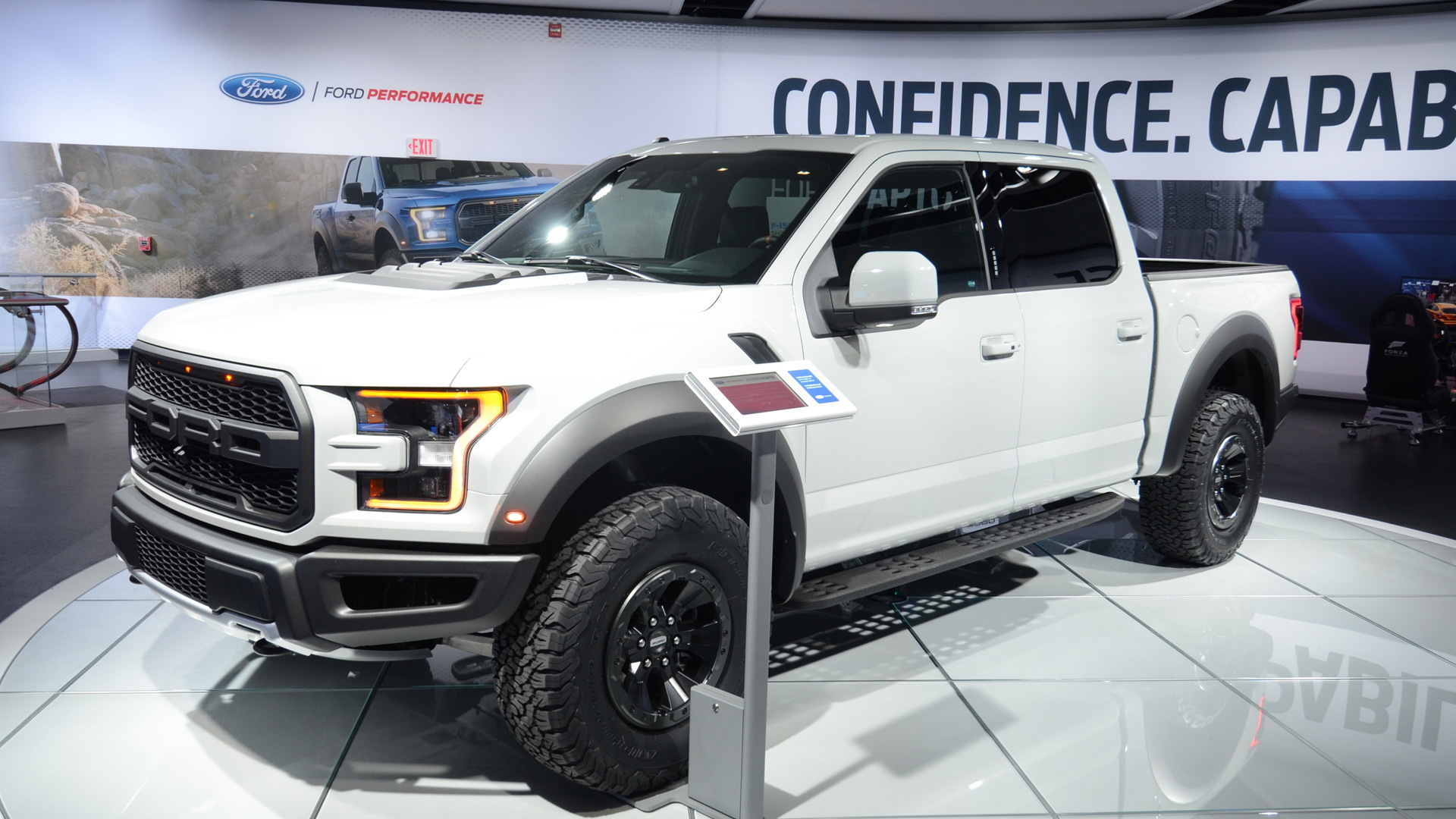 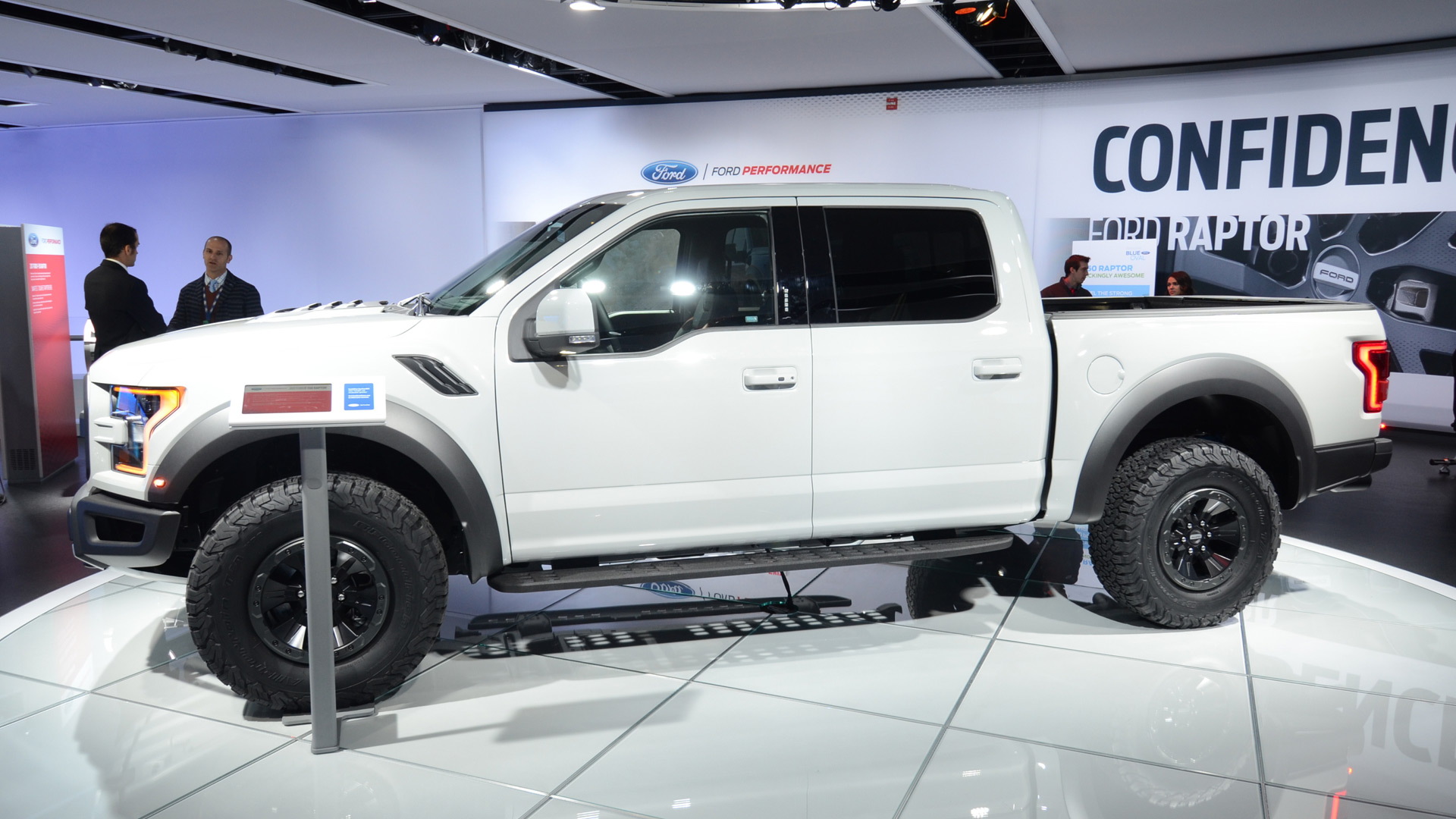 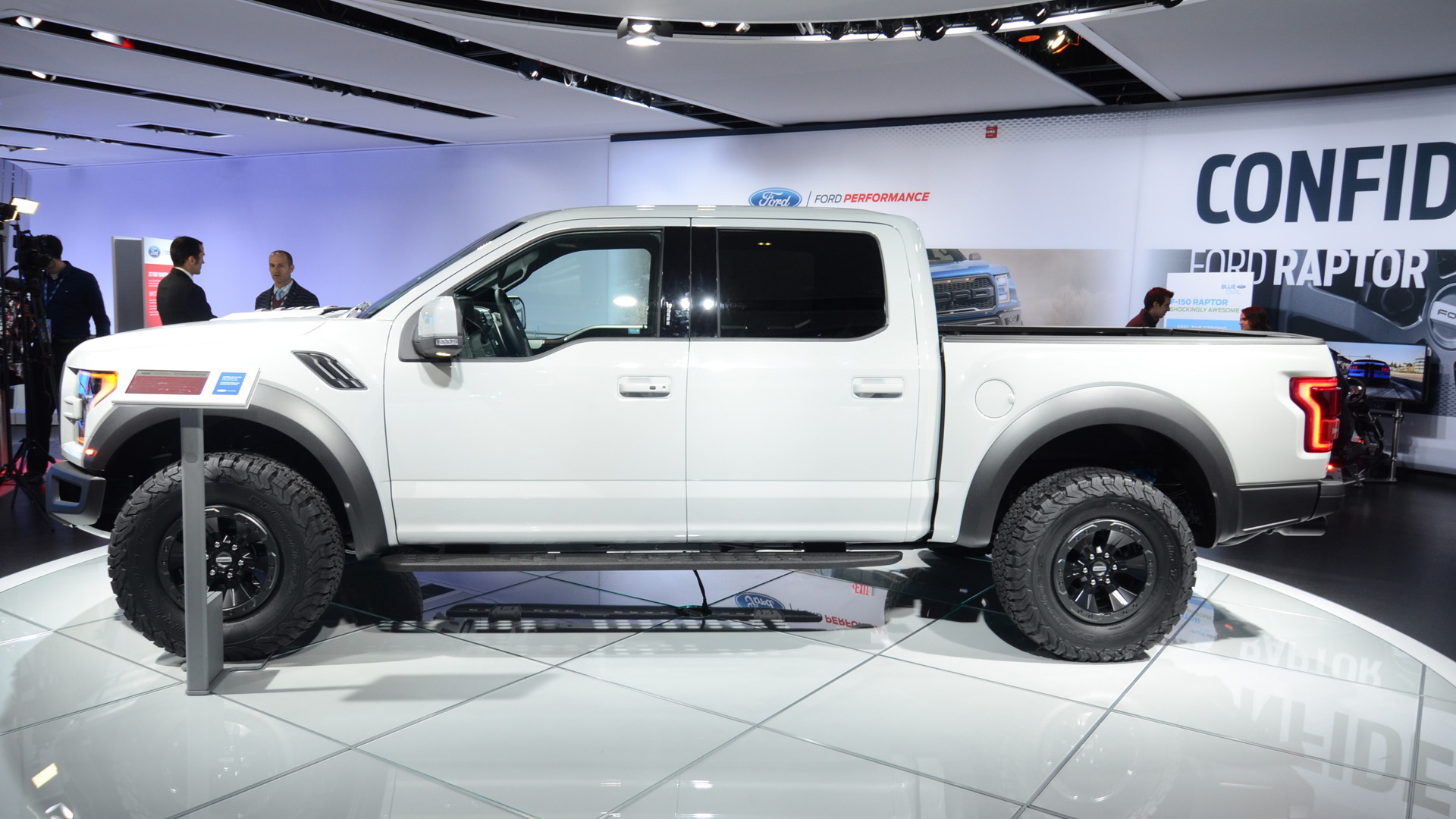 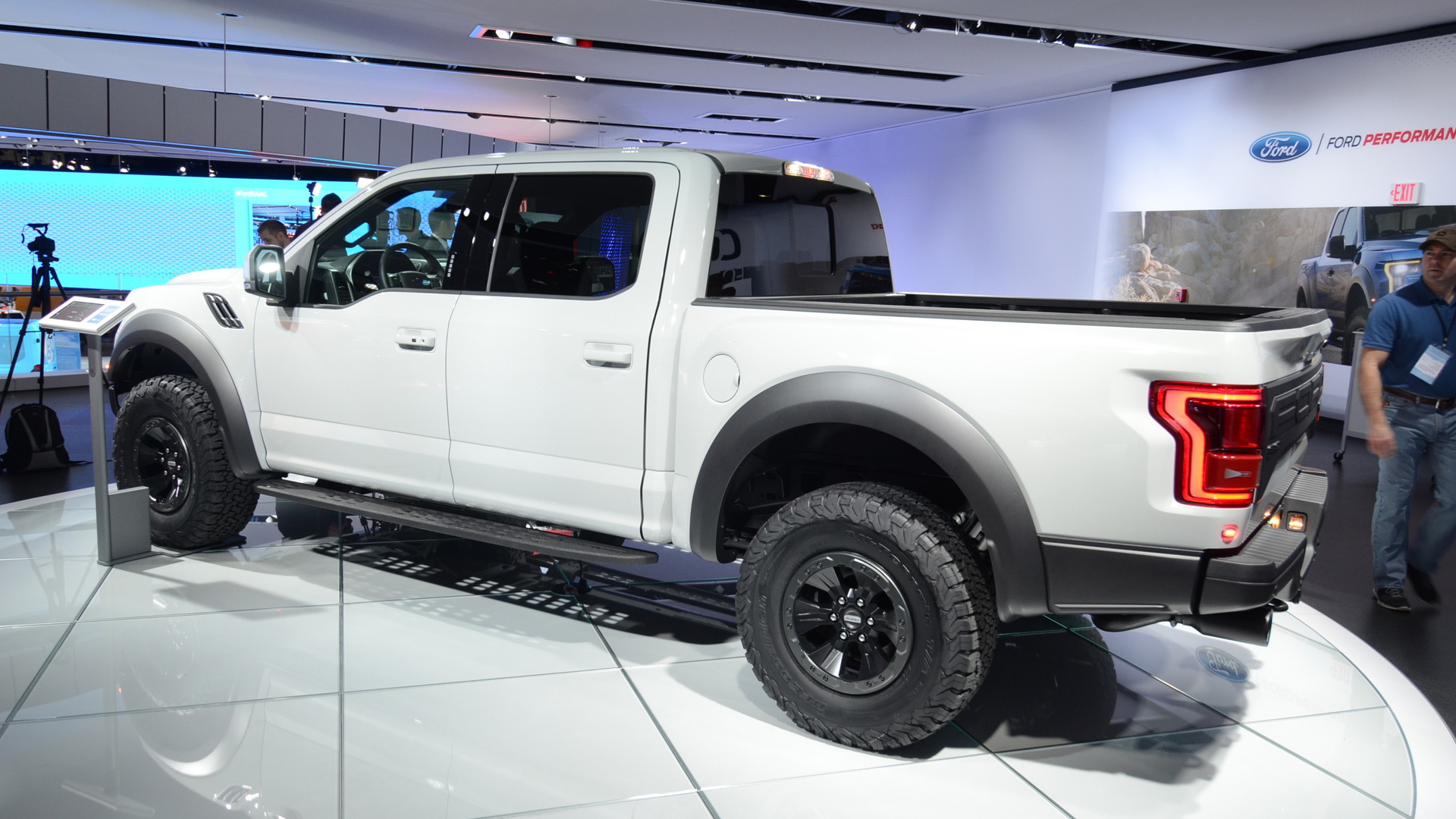 Ford Motor Company’s [NYSE:F] new F-150 Raptor performance pickup truck has been confirmed to go on sale this fall, as a 2017 model, and at the launch there will be both the standard two-door model as well as a four-door SuperCrew. It was at last year’s Detroit Auto Show that we first saw the new Raptor and at this year’s show Ford rolled out the Raptor SuperCrew.

Like all SuperCrew versions of the latest F-150, the Raptor SuperCrew features four full-size doors  and generous space for rear-seat passengers. The wheelbase measures in at 145 inches, which is up 12 in on the two-door model.

Mechanically, the two variants are virtually identical. Both come with a twin-turbocharged 3.5-liter V-6 EcoBoost engine that Ford says will outmatch the previous Raptor’s 6.2-liter V-8’s 411 horsepower and 434 pound-feet of torque. We hear power in the new Raptor may be up around 450 hp—and don’t forget that the new model is considerably lighter thanks to an aluminum body. Ford says it's up to 500 lb lighter than its predecessor.

Drive is routed to all four wheels via a 10-speed automatic transmission and an all-new four-wheel-drive system with a torque-on-demand transfer case that manages torque distribution between the axles. A Torsen differential will be available for the front axle, increasing off-road capability further. On top of this, there’s Ford’s Terrain Management System to optimize the vehicle dynamic settings for a variety of conditions, including special Rock and Baja modes.

Standard across the range are new FOX Racing Shox featuring custom internal bypass technology that works to damp and stiffen suspension travel over rough terrain to prevent the truck bottoming out. Front and rear shock canisters have grown from 2.5 to 3 in in diameter for improved performance. They feature more suspension travel than the previous Raptor’s 11.2 in at the front and 12 in at the rear. Also standard are 17-in wheels shod with BFGoodrich All-Terrain KO2 tires whose chunky size are part of the reason the Raptor is 6 in wider than the regular F-150.

We can’t wait to get behind the wheel of this mean machine.