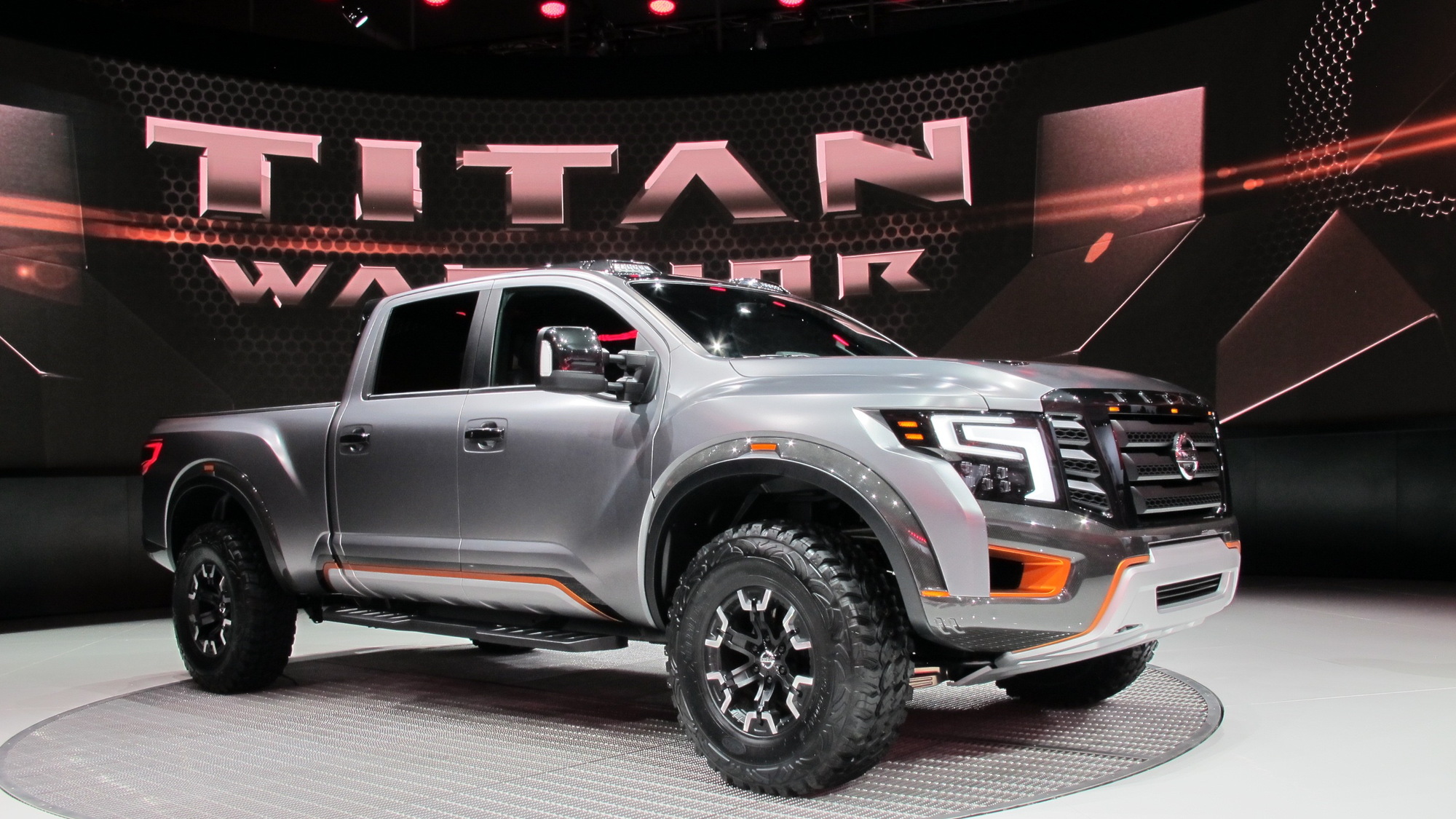 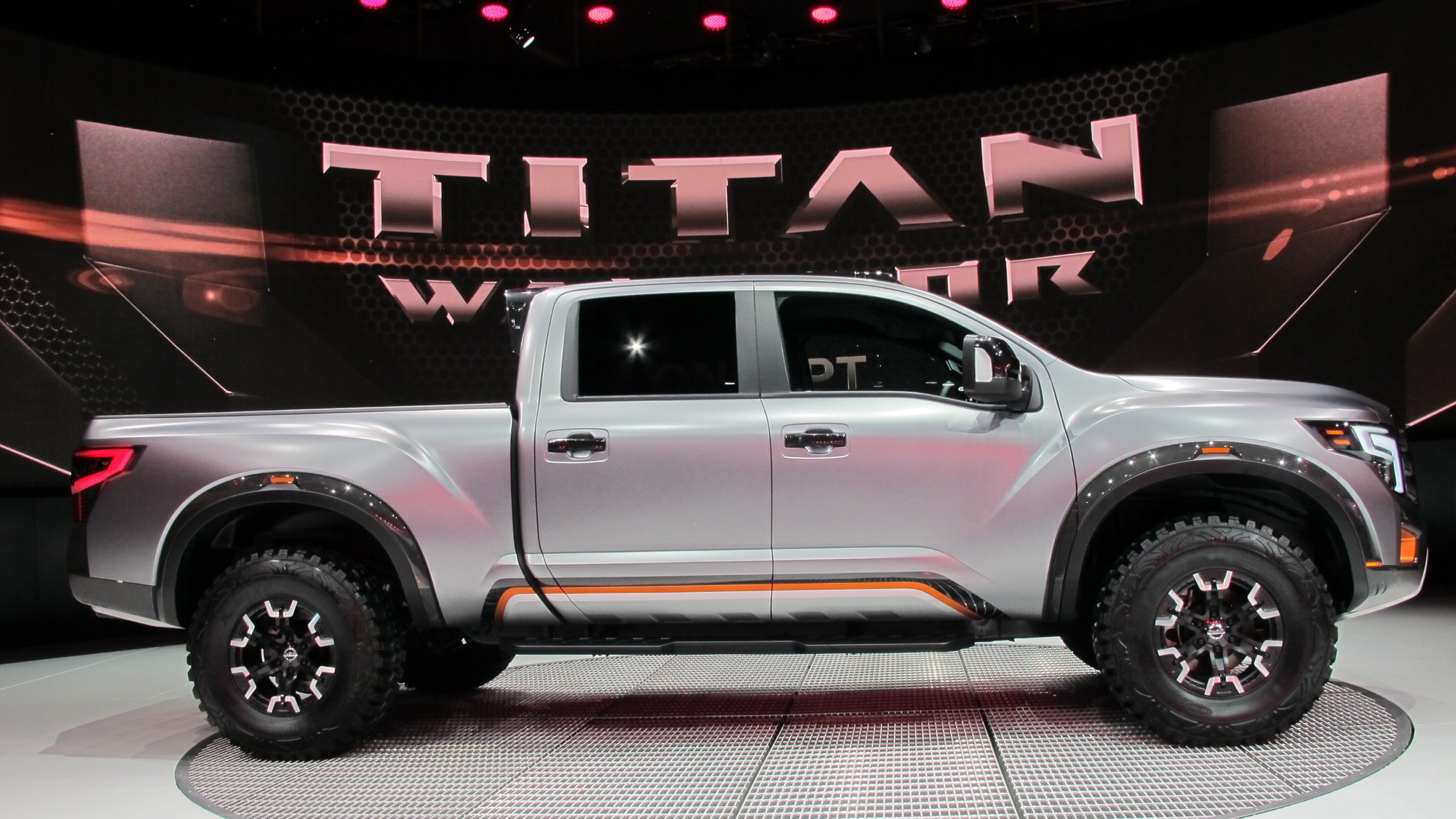 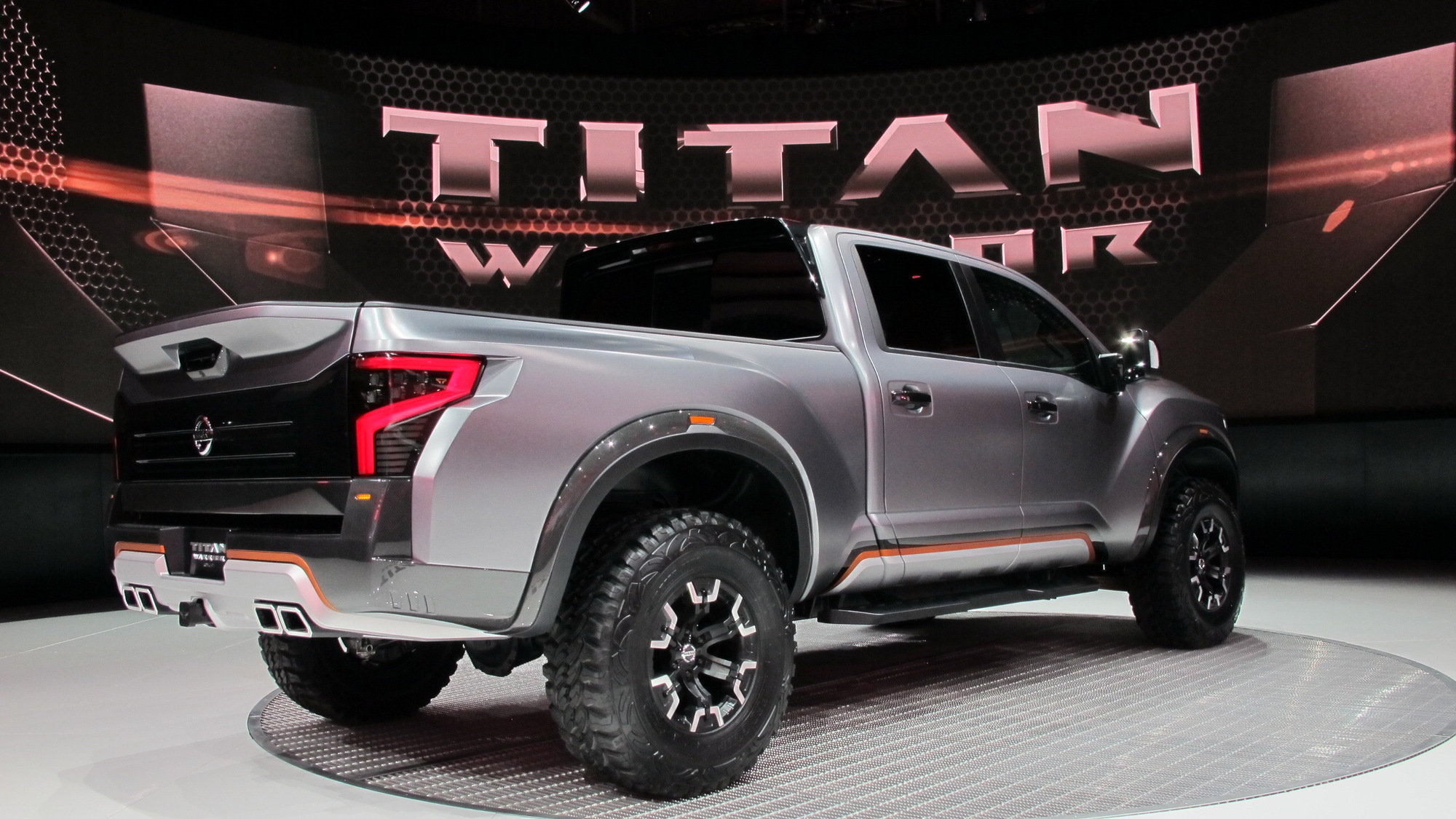 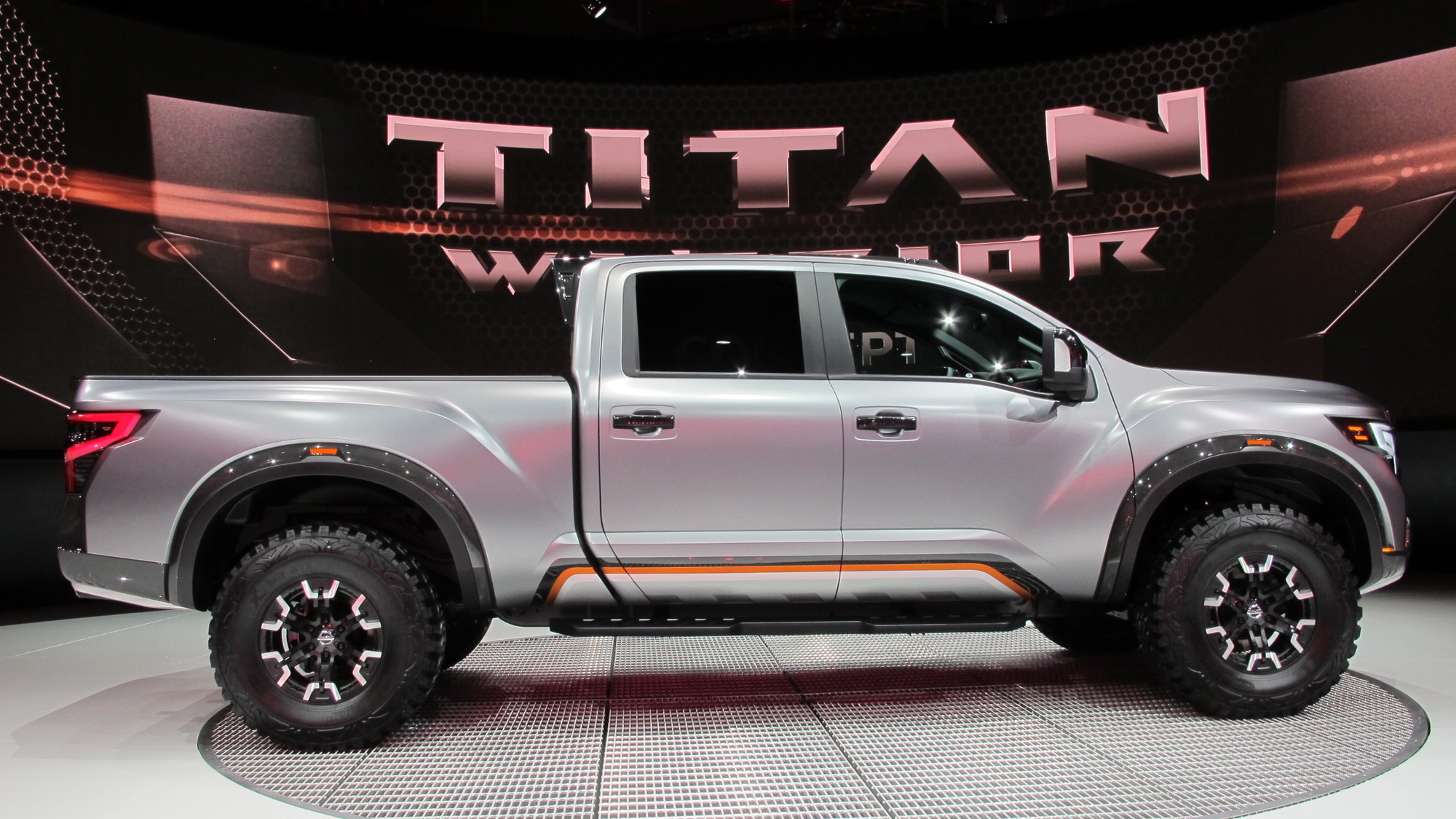 Nissan has just released the Titan XD pickup, a heavy duty truck highlighted by a 5.0-liter Cummins turbodiesel engine. With the unveiling of the Titan Warrior concept here in Detroit, it's clear Nissan is already thinking of how to turn the Titan XD into a full-blown off-roader.

The Warrior concept uses the same heavy duty platform, here in the Crew Cab body style, and the same diesel engine as the Titan XD but adds a troop transport full of off-road features and modifies the body for a more machine-like, "modern armor" appearance.

The body is three inches wider, and the grille is modified for a "more technical, menacing" look. All four fenders have carbon fiber flares, and the hood has functional vents. LED lighting is used front and rear, and the roof has LED off-road lights. Carbon fiber was also used for the front and rear bumpers, as well as the the rear cab spoiler. The completed body is painted a matte gunmetal called "Thunder" and accented with orange and black highlights.

All of that bodywork wouldn't be worthwhile if the suspension couldn't back it up, and this one does. The suspension is raised three inches to accommodate 37-inch off-road tires on 18x9.5-inch wheels. The front suspension features custom upper and lower control arms with performance ball joints and racing-style internal bypass reservoir coil-over shocks. The rear suspension gets the same shocks, though without the coils. Wider axles were required to fit the wider body, and the truck also has a custom sway bar and rear lift blocks and U-bolts. An oversized front skidplate protects the underside.

The changes extend to the interior, where the carbon-colored seats are stitched in orange. Nissan trimmed the cabin with such materials as carbon fiber, polished chrome, and leather with orange stitching. The steering wheel was milled from aluminum, and Nissan has added hot-and-cold drink containers in the center console, auxiliary toggle switches on the center stack, and auxiliary gauges in the instrument panel.

The bed has a spray-in bedliner, LED rail lighting, and lockable in-bed storage.

Other aids have been added for towing and hauling duty. The truck has an integrated trailer brake controller, trailer sway control, an electronic locking rear differential, and both an Around View Monitor and a rearview camera with  trailer guides.

There is no word on when and if Nissan will built a production version of the Warrior, but a dedicated off-road model with many of these features would certainly be viable. Nissan could also apply many of these features to the upcoming light duty version of the Titan, much like Ford does with the SVT Raptor F-150. Will that happen? Only time will tell.