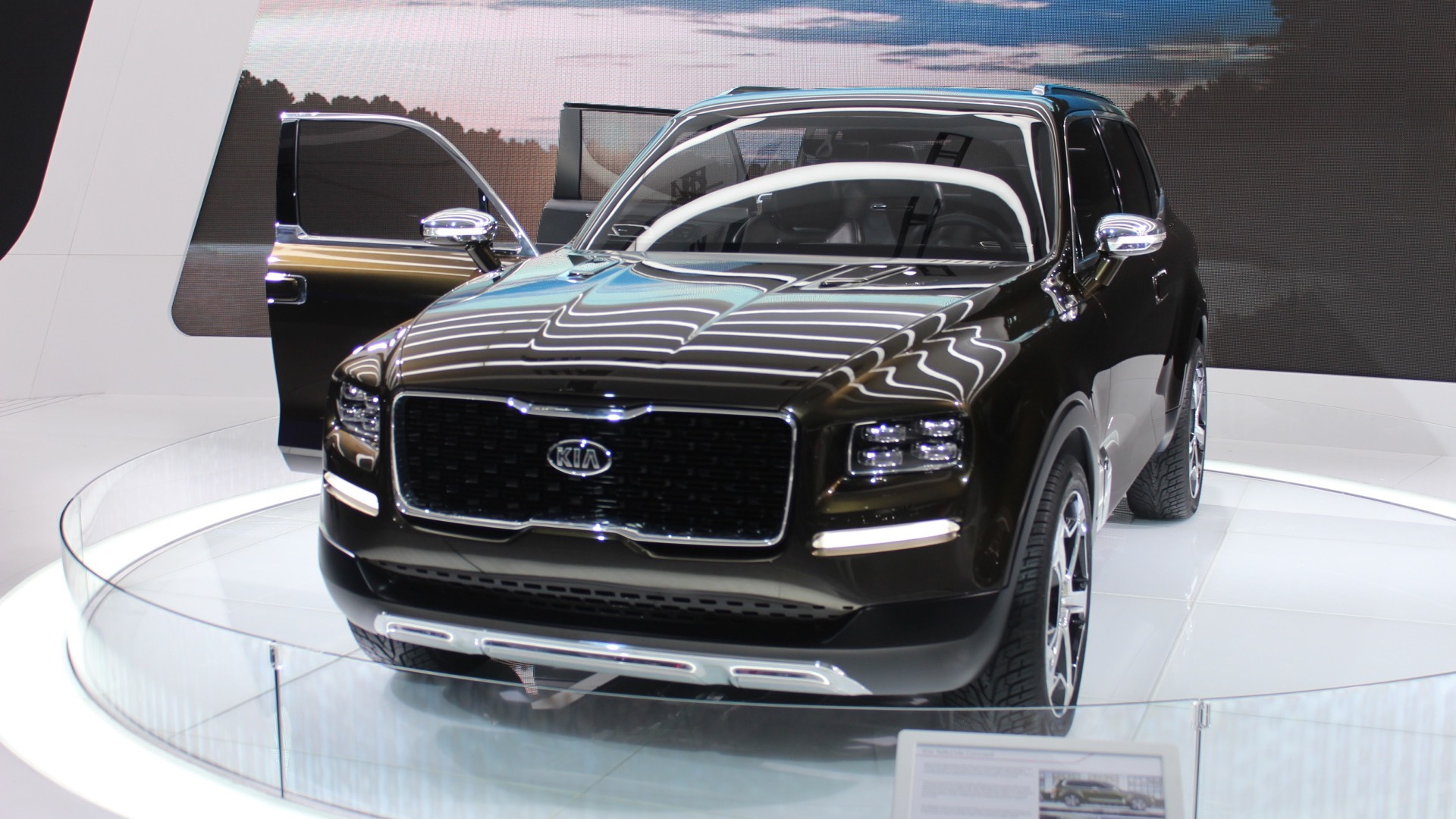 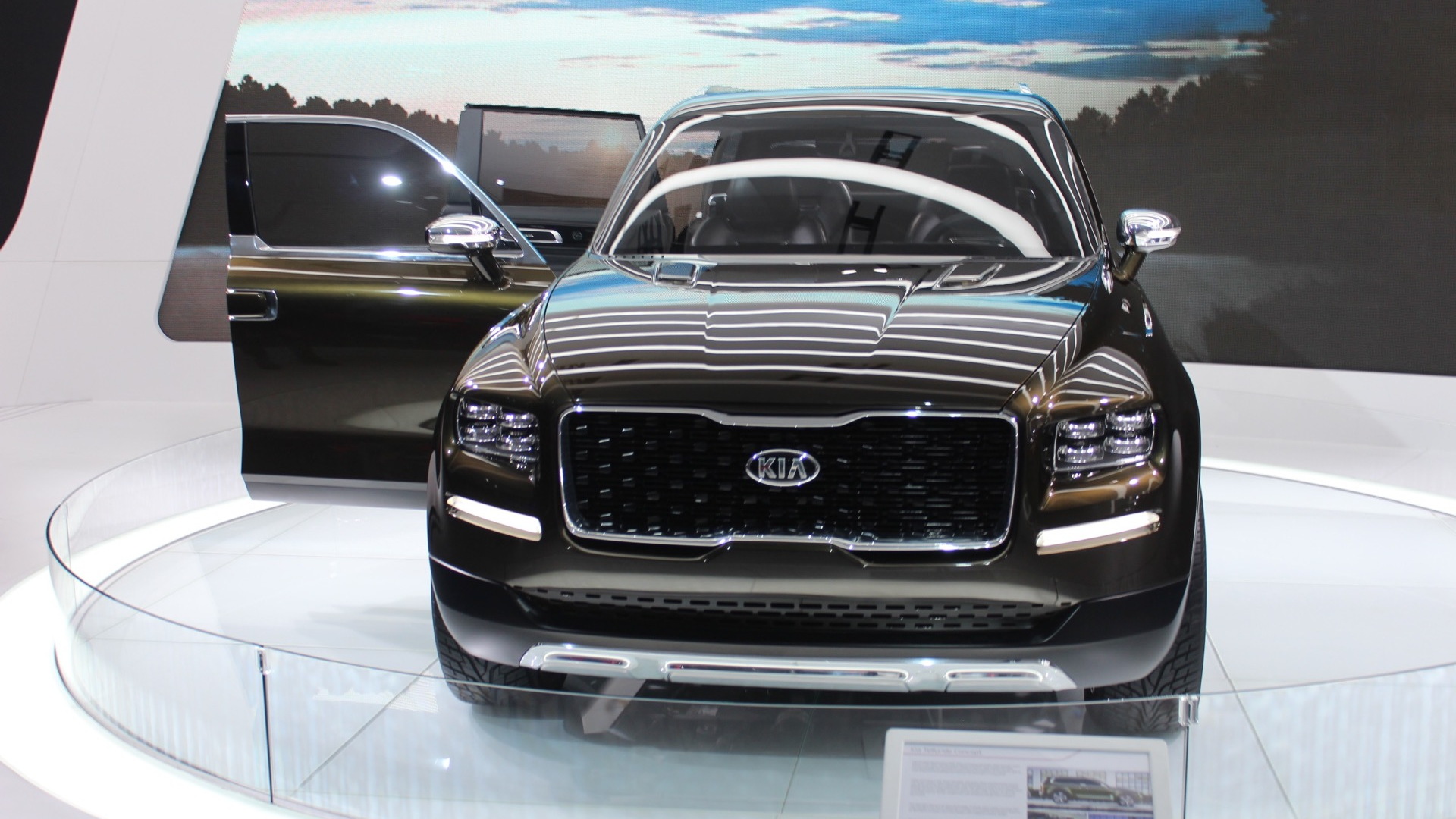 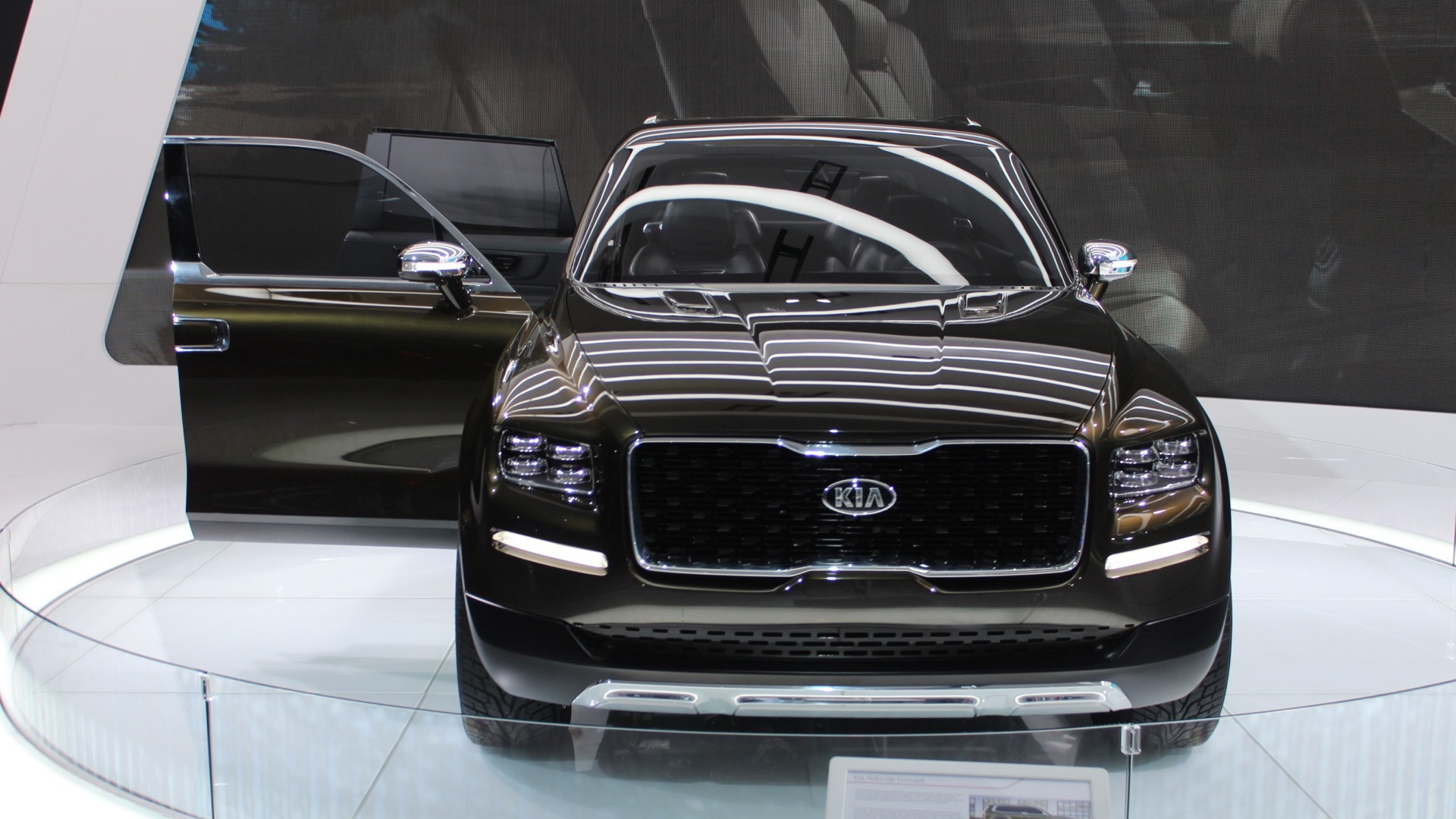 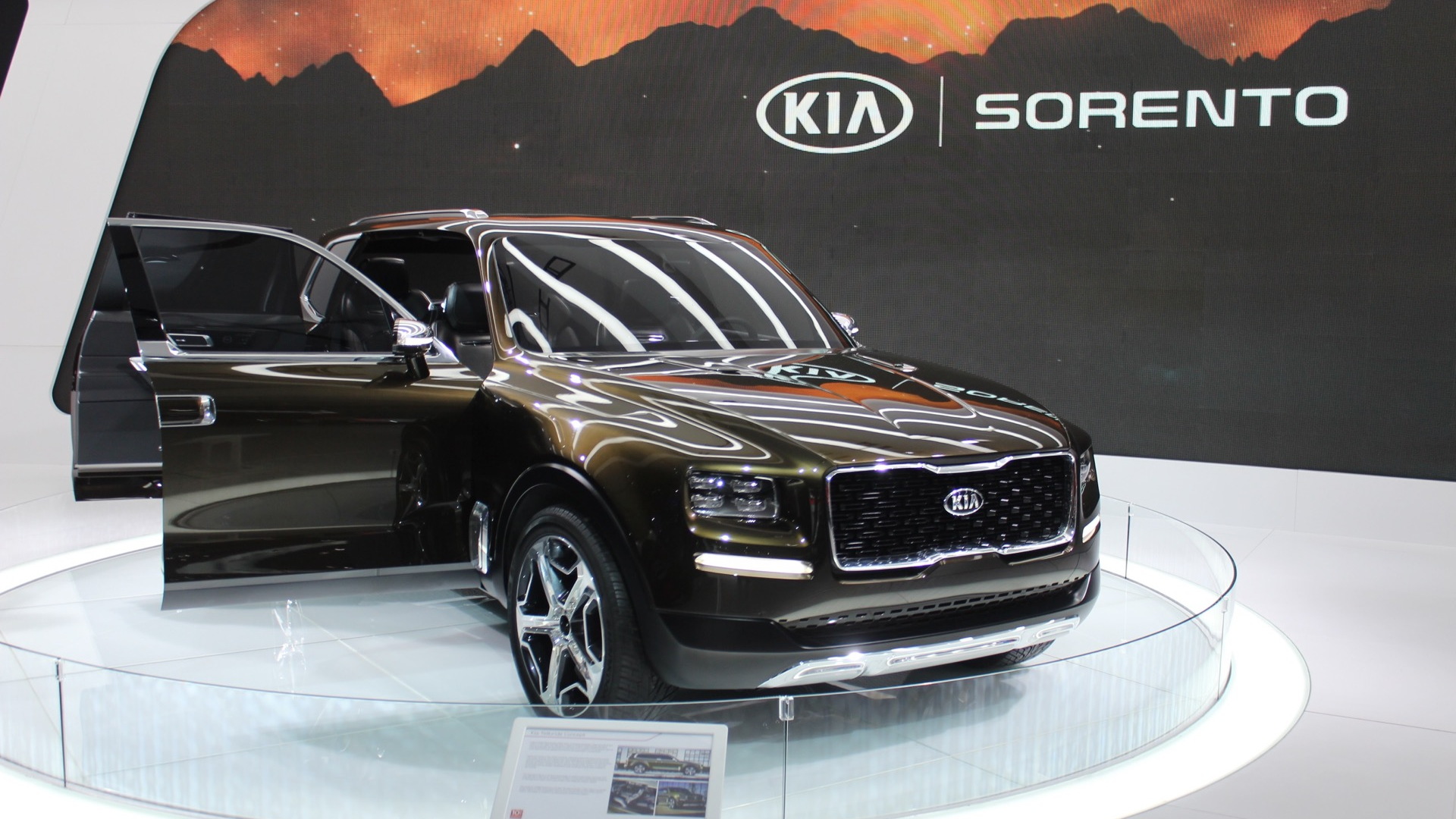 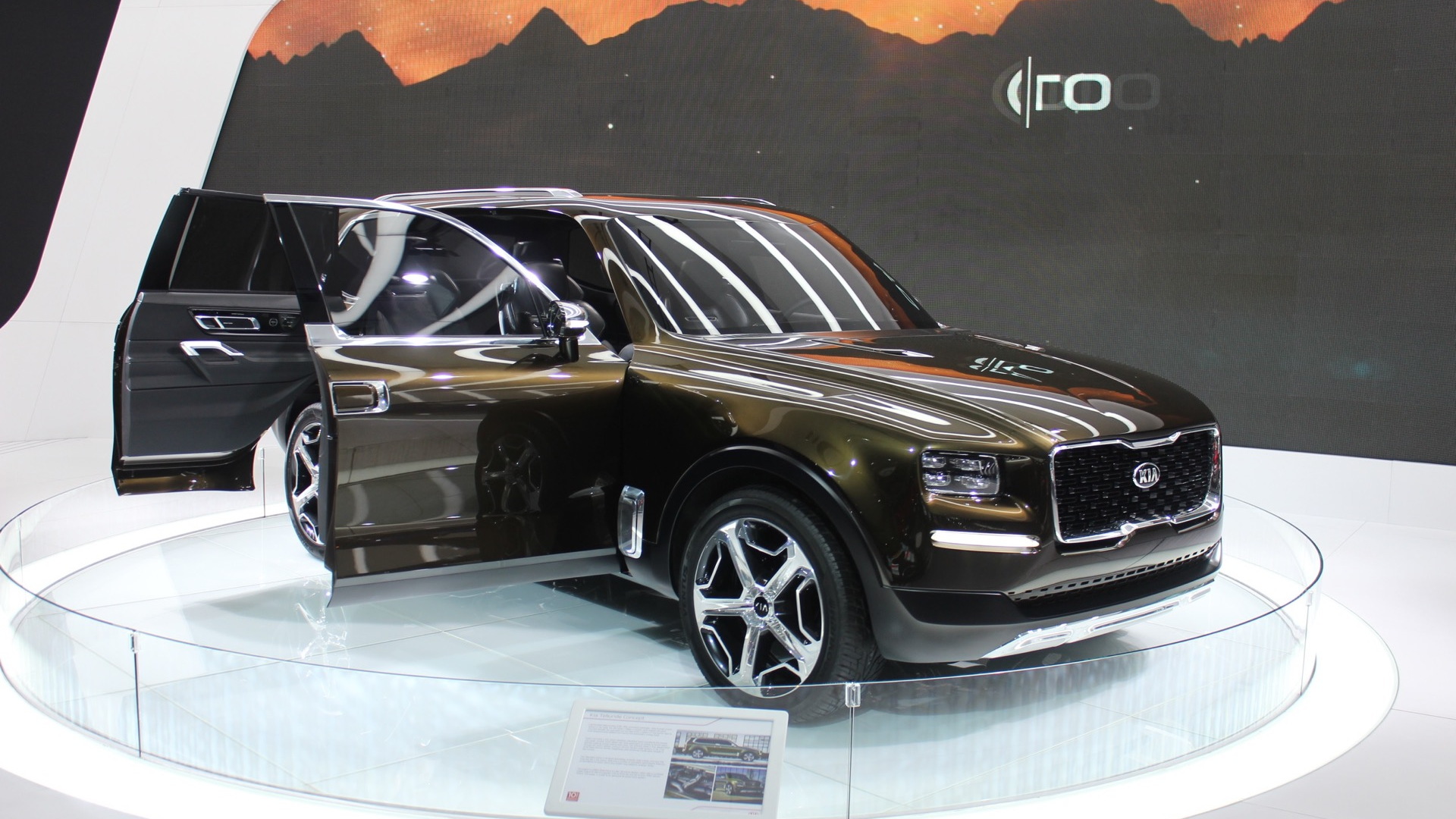 The Borrego (a Mohave in other markets) is long gone. That full-size SUV offering from Kia bowed out of the United States back at the end of 2009. The Sorento has been pulling three-row duty for the brand in the meantime and has done an admirable job with the task at hand. Still, a larger, more focused SUV would be a nice addition to the Kia lineup, and that's precisely what the automaker is working on with its Telluride concept on show at this week's Detroit Auto Show, or at least it seems.

Here, the idea is to create a more premium Kia experience. A full-size SUV is the perfect platform on which to offer such an experience and Kia has recently undergone a few production exercises to help show it's capable of offering upmarket amenities. The Cadenza and the K900 are proof of that, even if they don't sell particularly well.

With the Telluride, Kia has created a conceptual full-size premium SUV that boasts a boxy aggressive stance on the outside and an upscale cabin space behind the doors. A set of suicide doors allow entrance into that space, which is outfitted with a quartet of black leather captain's chairs. A third row bench seat sits in the rear of the vehicle. The interior has enough space for those middle row seats to recline to an almost flat position for supreme relaxation. Further enhancing the cabin experience is the LED lighting system that is capable of displaying a therapeutic light show. Hey... it's a concept vehicle.

Kia designed both the exterior and interior of the Telluride at its U.S.-based design studio. The concept vehicle is nearly 10 inches longer than a Sorento, and it's also nearly 5 in wider and 4.5 in taller. Currently, the Telluride concept sits on a modified Sorento platform that's been stretched almost twelve inches. It receives forward motivation courtesy of a plug-in hybrid powertrain. A 3.5-liter gasoline V-6 engine works with an electric motor to provide 400 total horsepower while returning over 30 mpg out on the highway.

The automaker has stated that, at the moment, there are no plans to bring the Telluride to production. What’s interesting, though, is that Kia’s new upmarket sister brand Genesis is confirmed to be launching a large SUV later this decade. Should the reception to the Telluride prove positive, it’s entirely possible—and financially sensible, from an investment spreading view—that we see a Kia SUV twinned with the Genesis model.