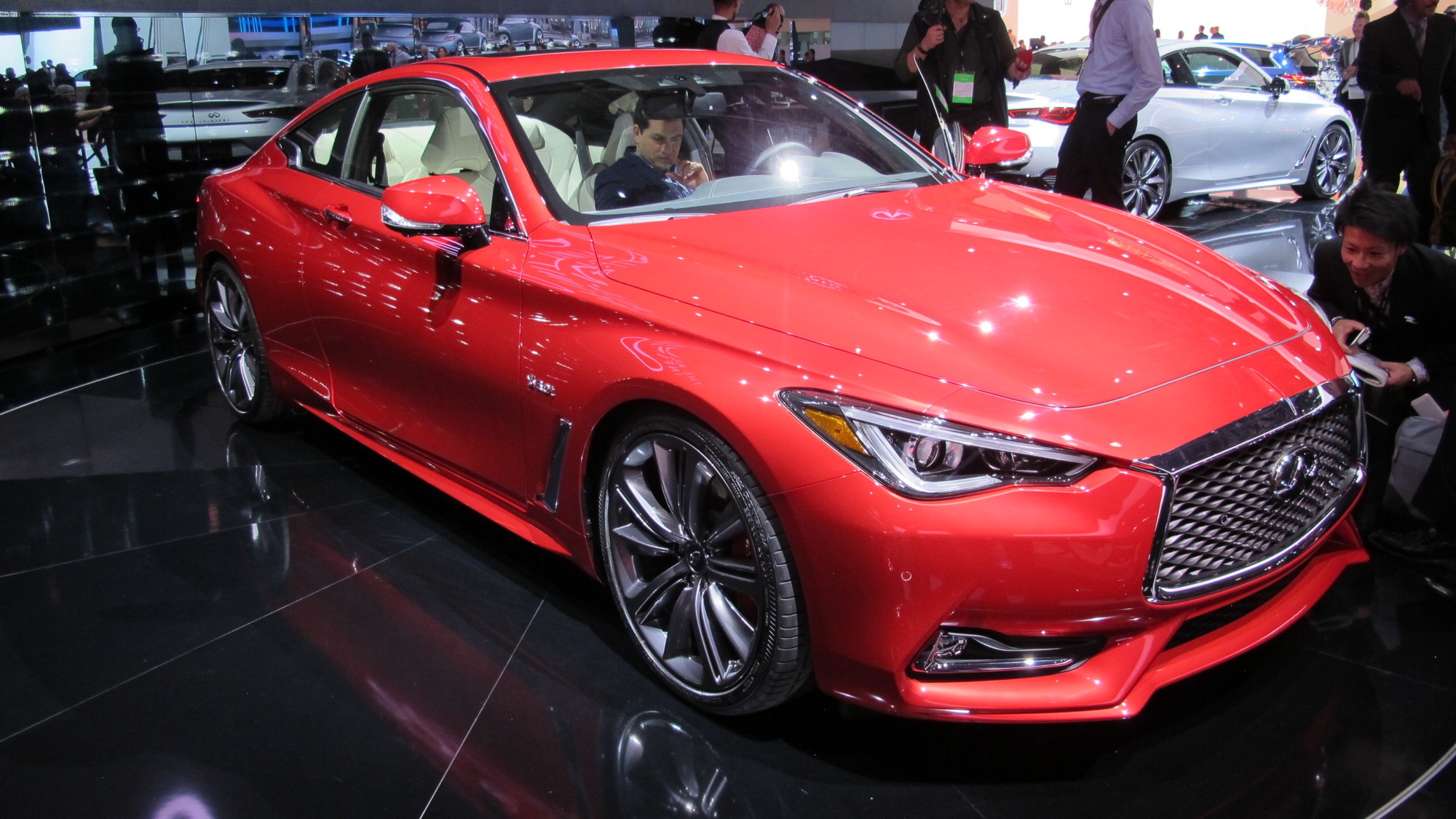 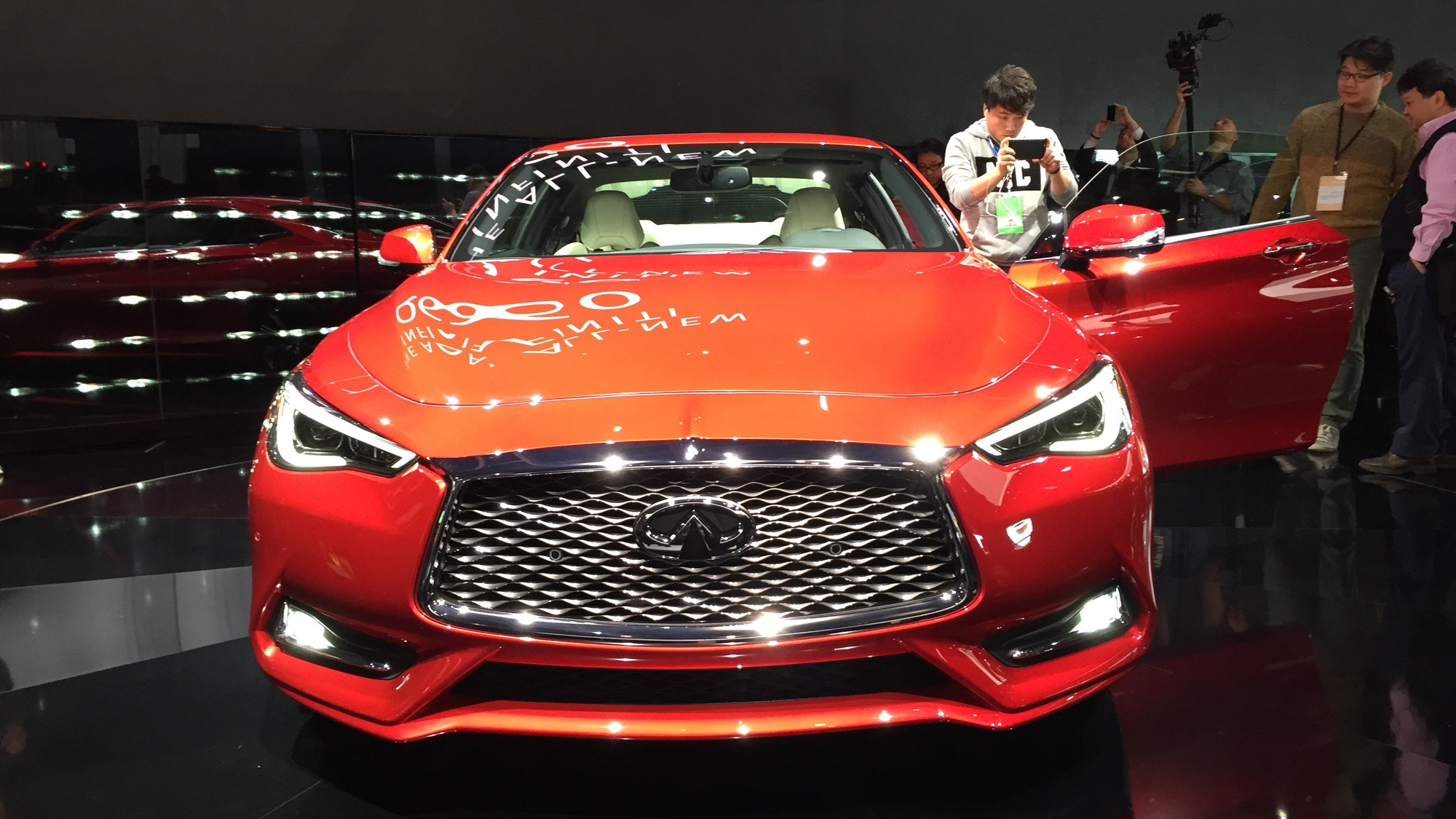 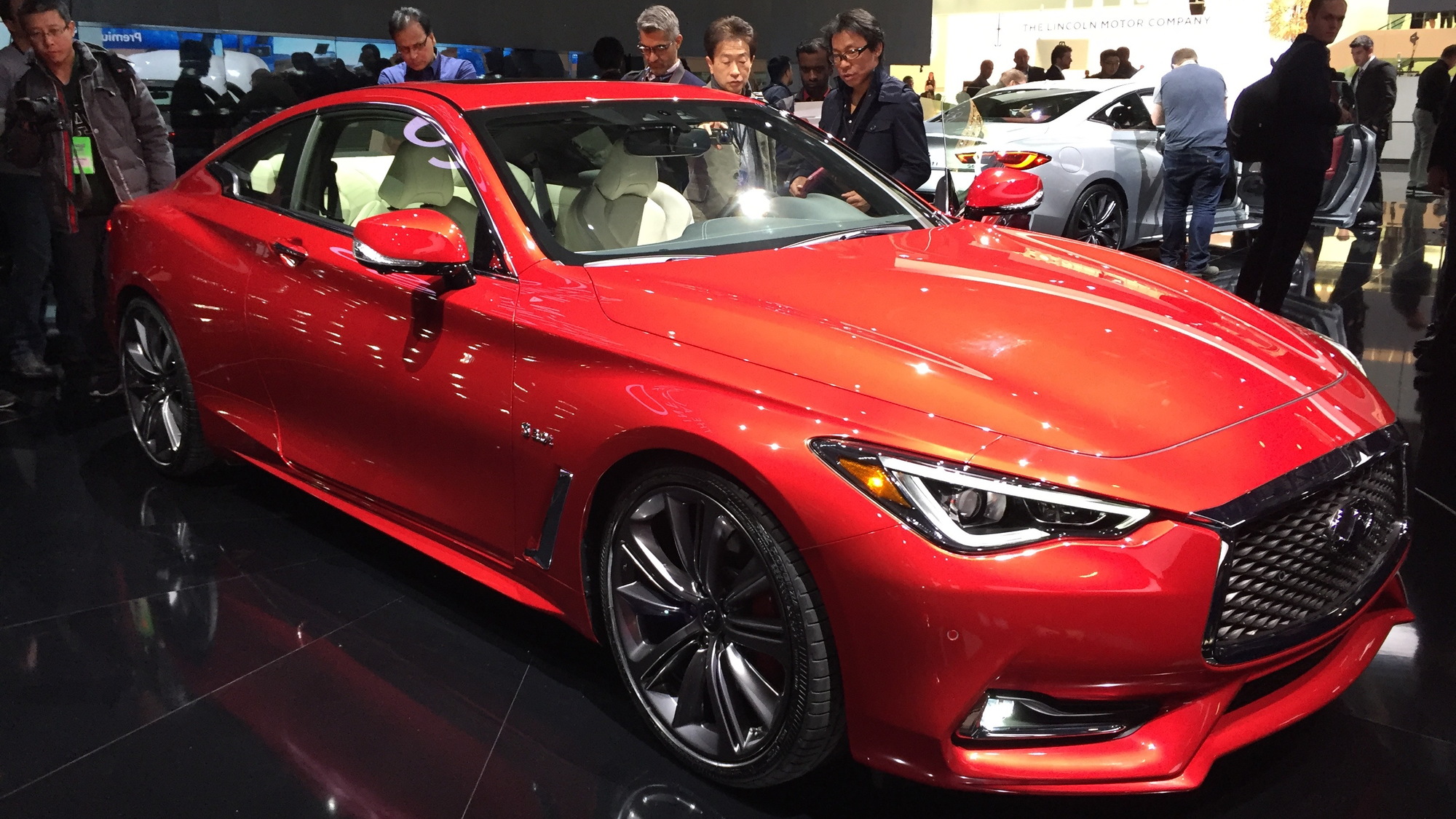 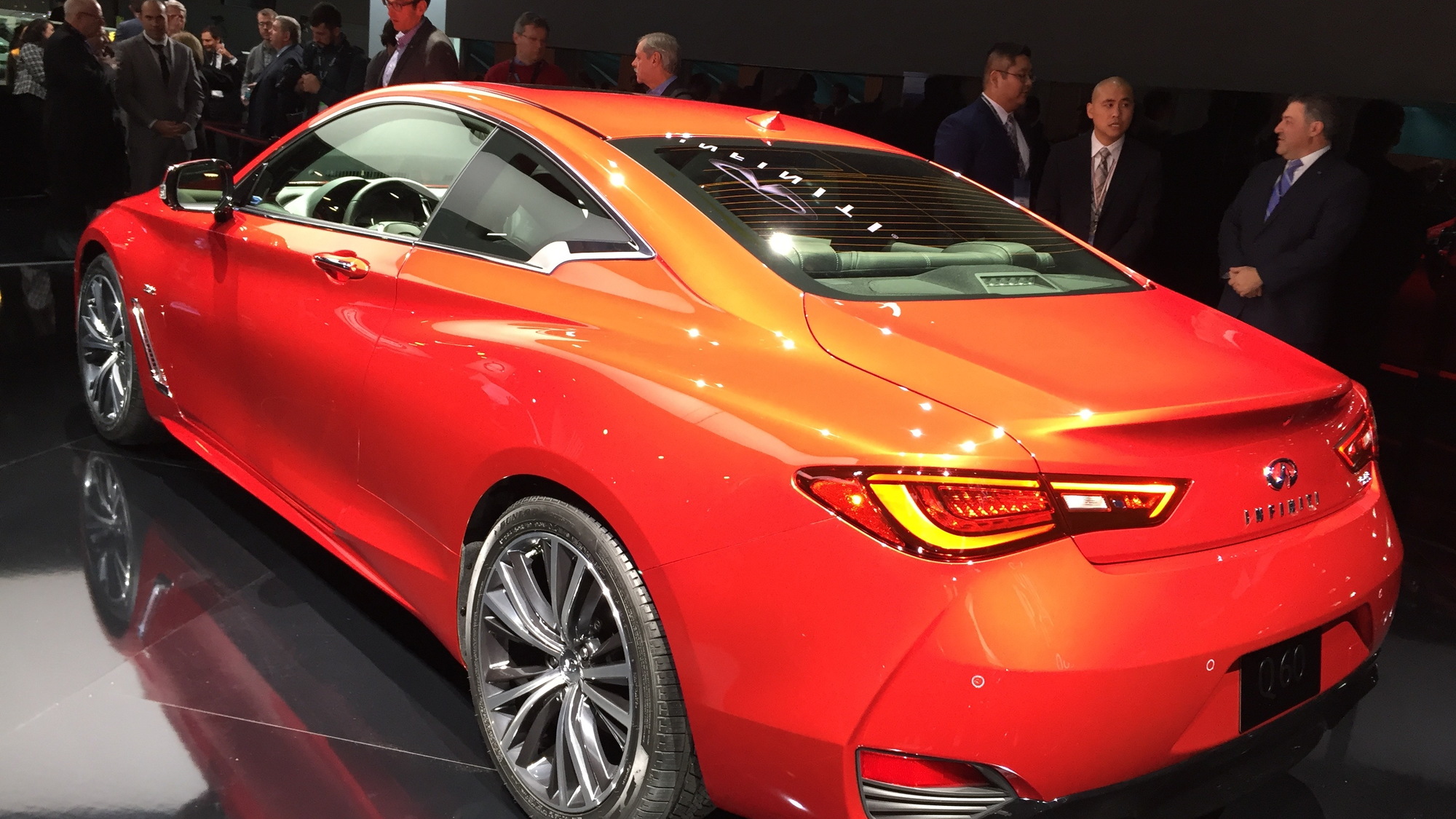 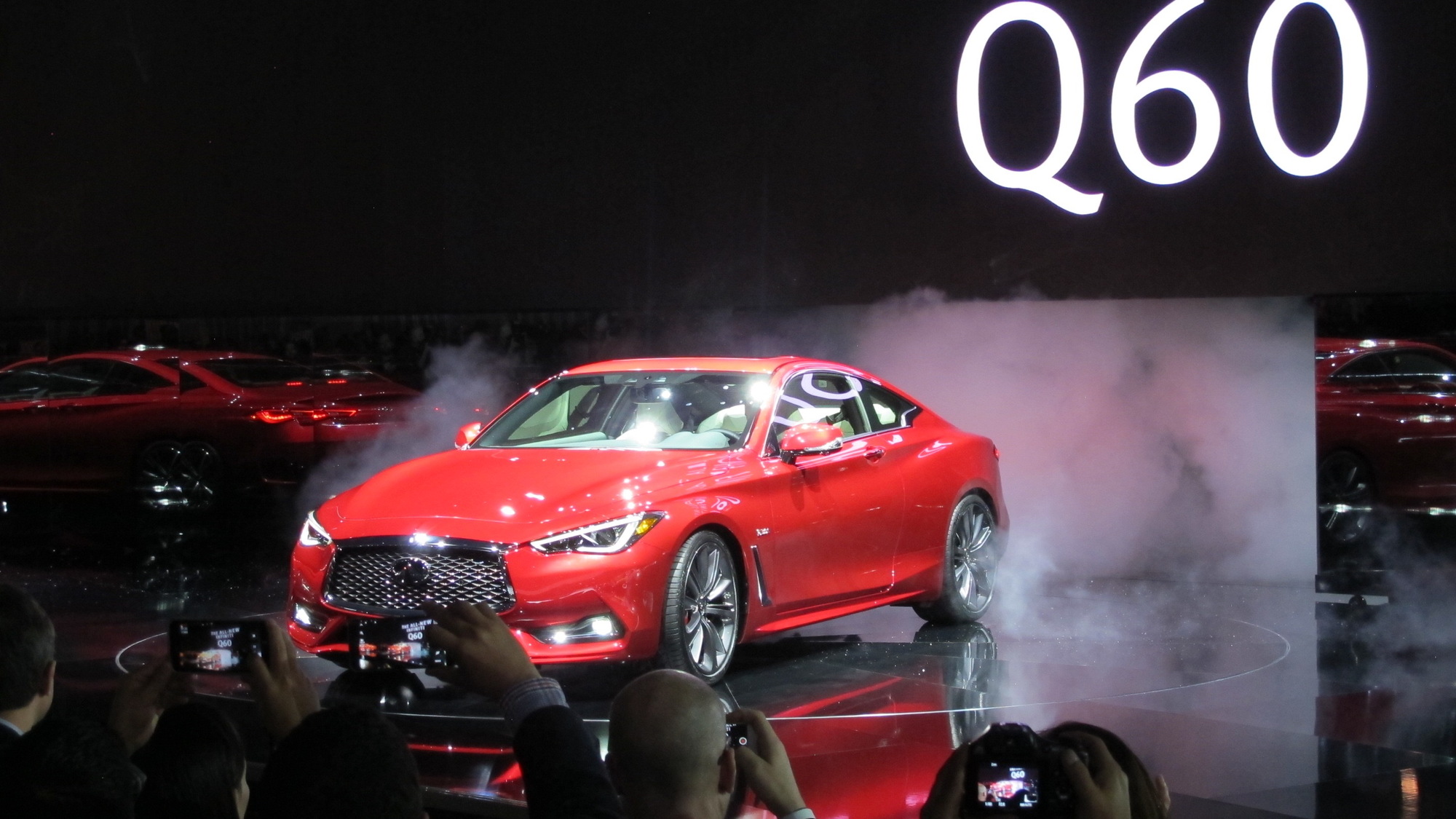 After teasing us a year ago with a concept that looked almost production ready, Infiniti has finally unveiled the new Q60 coupe that’s coming to showrooms later this year, as a 2017 model. It’s on show this week at the 2016 Detroit Auto Show where Infiniti is also presenting the new QX30 plus an updated version of its QX60.

But the Q60 is real star. Fans have been waiting a long time for the car as Infiniti hasn’t had a new coupe in its lineup since the Q60 arrived in 2008, back when it was a G37 Coupe. The good news is that the wait has been worth it as Infiniti has delivered a sexy two-door with plenty of performance.

The entry-level version comes with a turbocharged 2.0-liter four-cylinder. This engine is good for 208 horsepower and 258 pound-feet of torque. Most buyers, though, will want to opt for Infiniti’s new twin-turbocharged 3.0-liter V-6 which was recently announced in the Q50. In the 2017 Q60, the engine, dubbed the VR30, comes in two states of tune. The tamer option has 300 hp and 295 lb-ft of torque while the full-blown version nets 400 hp and 350 lb-ft.

The only transmission is a seven-speed automatic, though we're still hoping Infiniti offers a manual at some point. Rear-wheel drive is standard but a rear-biased all-wheel-drive system is available. Unfortunately, no performance numbers have been released yet.

To aid the handling, adaptive suspension and steering systems are available. The car also features a drive modes selector that enables you to easily adjust dynamic settings. A set of 19-inch aluminum-alloy wheels are standard.

Inside, there’s a 2+2 layout with highly-bolstered seats at the front. There’s also a full suite of tech features including a 13-speaker Bose sound system, electronic driver aids, and the Infiniti InTuition system which allows you to personalize and save preferences for the likes of the temperature, seating positions, audio-visual settings, navigation and more.

Rivals for the Q60 include the BMW-4-Series, Cadillac ATS Coupe, Lexus RC and Mercedes-Benz C-Class Coupe, and all of these are compelling options for buyers seeking a stylish luxury coupe with a price tag that doesn’t rival a mortgage. The arrival of the 2017 Q60 makes choosing one much harder.

Stay tuned for the 2017 Q60’s performance specs and all-important pricing information, which will be announced closer to the market launch in late summer. In the meantime, view the rest of our Detroit Auto Show coverage over at our dedicated hub.