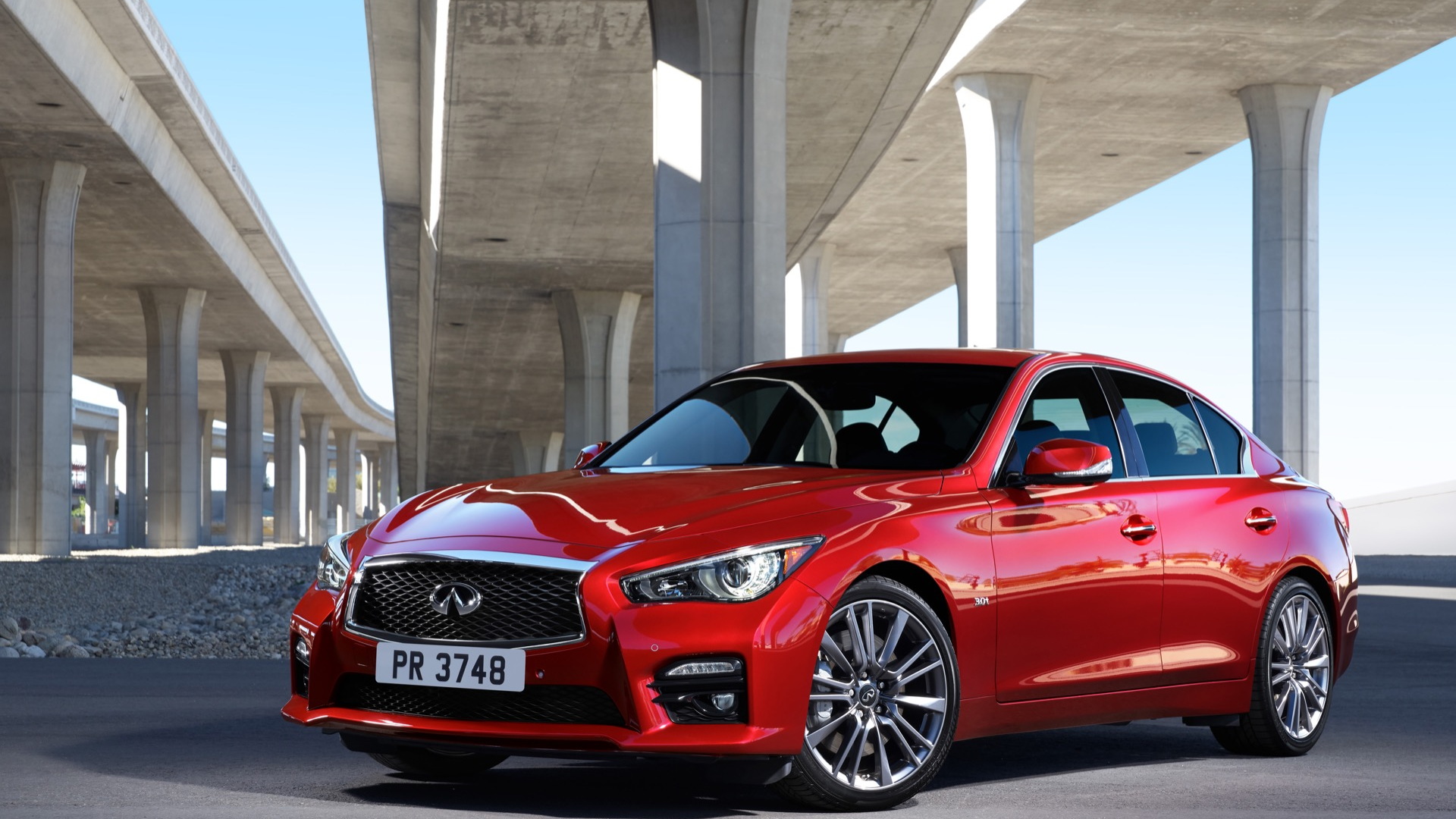 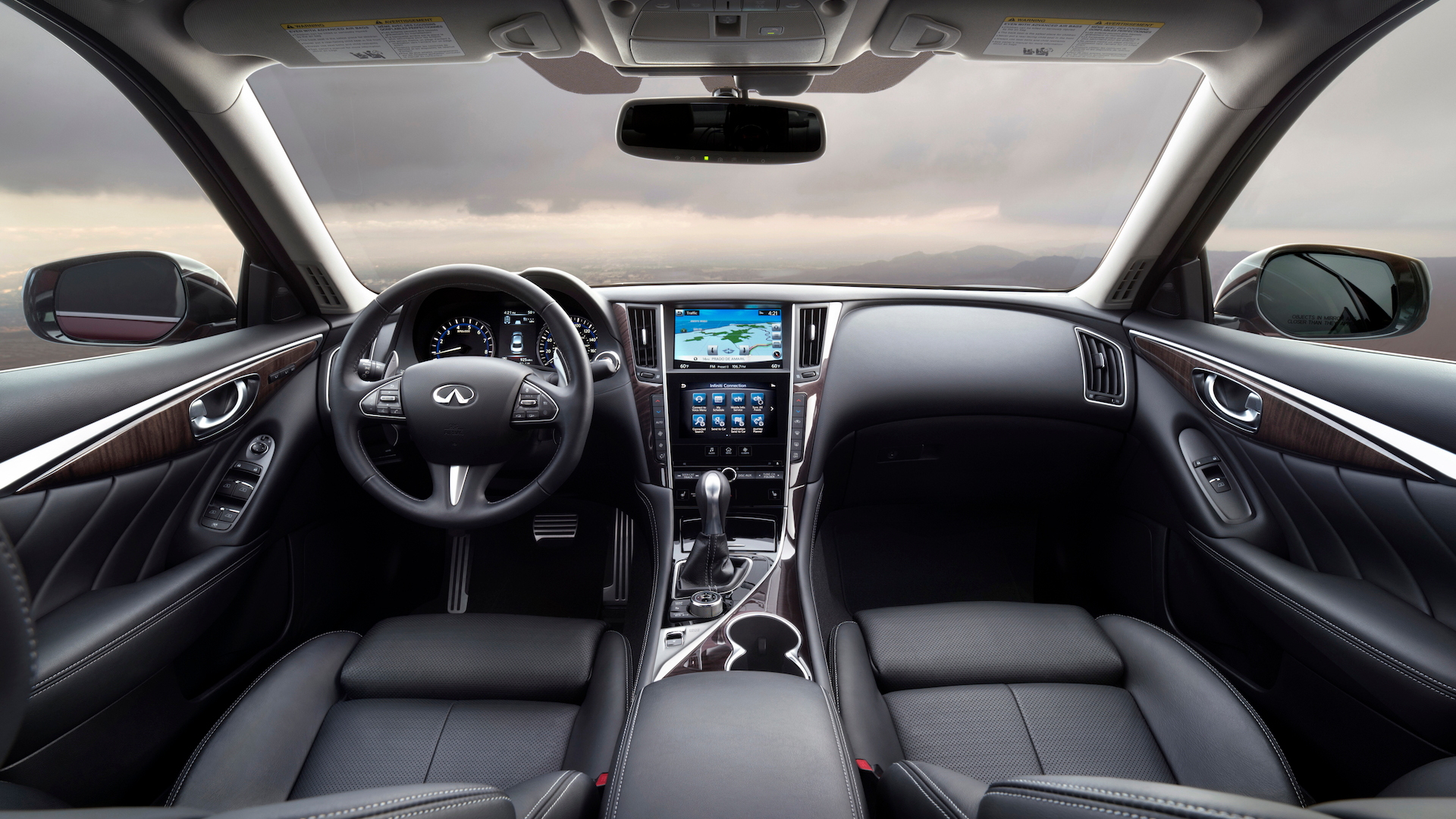 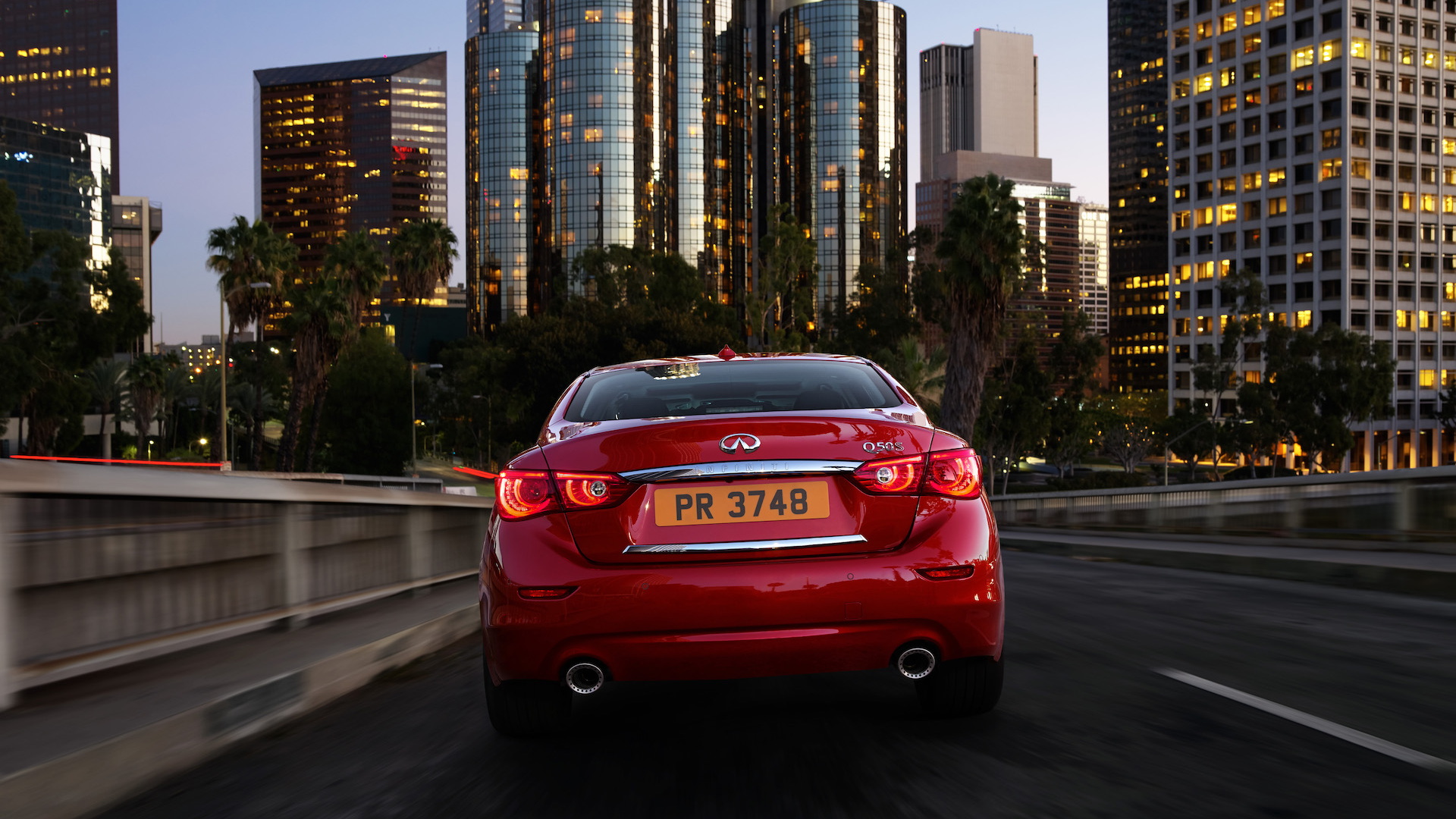 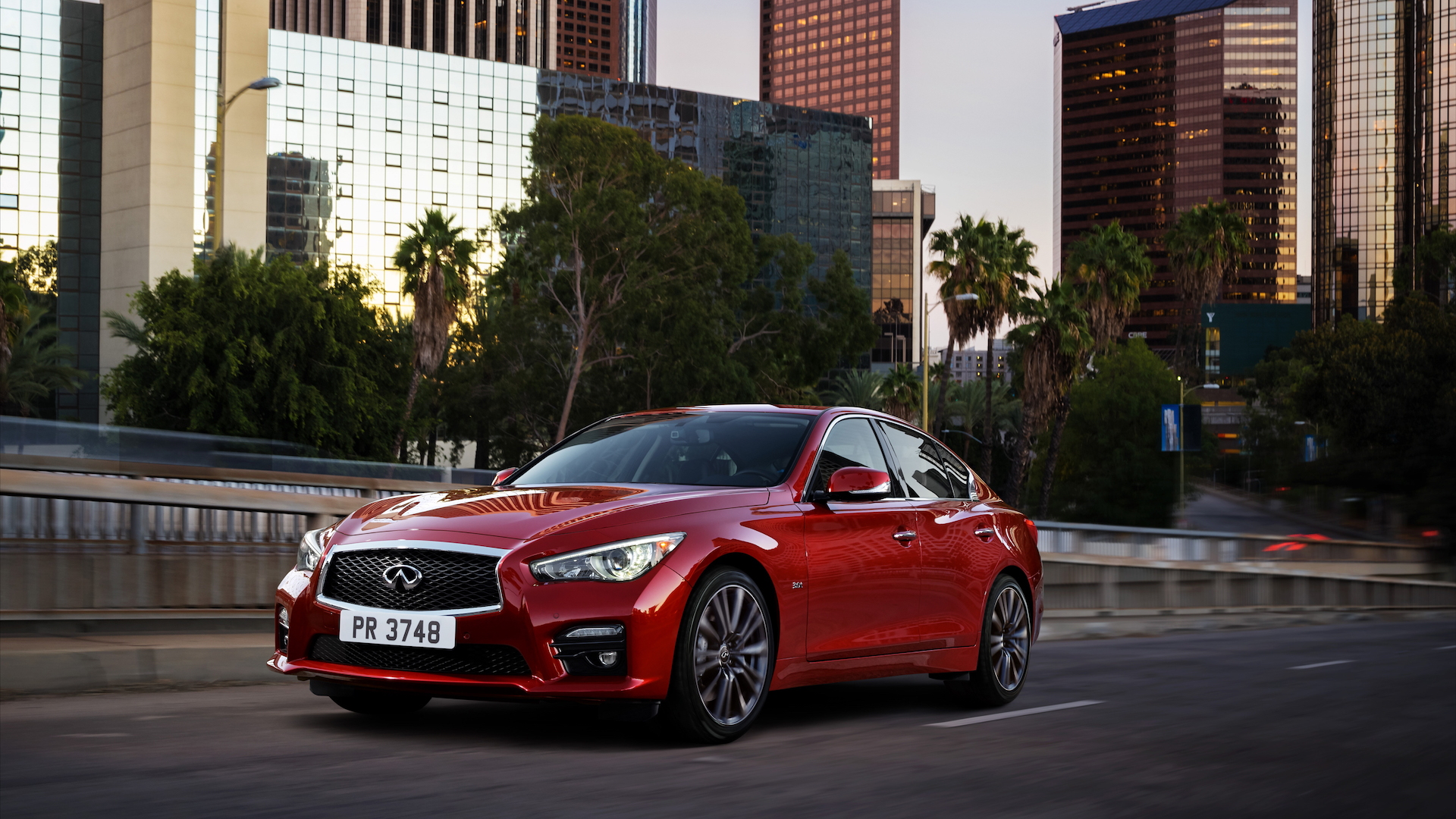 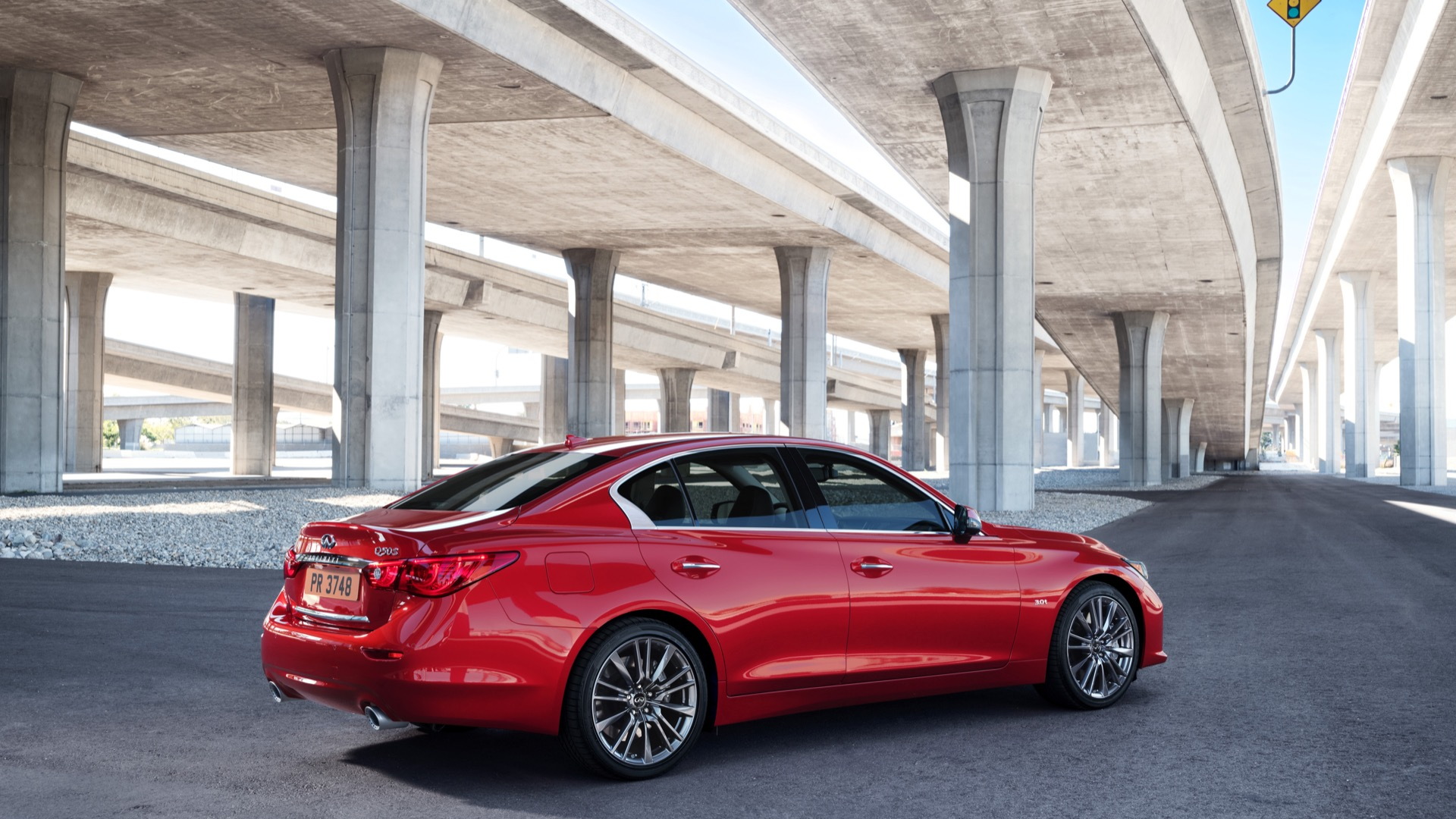 The refreshed 2016 Infiniti Q50 sport sedan is the first product from the Nissan luxury brand to bear an entirely new-generation V-6.

Infiniti has given plenty of hints that this engine is one the way—including putting it under the hood of its Q80 Inspiration Concept, a hint of the flagship model it’s working on.

The new engine was developed in Japan and is the product not of the alliance with Mercedes-Benz parent company Daimler, but of Nissan and Infiniti.

The VR replaces the 3.7-liter VQ V-6 on the Q50 for the 2016 model year—an engine that's won many awards yet isn't as smooth in some of its recent applications—and within a couple of model years we expect the VR to replace the VQ in all of Nissan’s rear-wheel-drive-based applications.

In the Q50 sport-sedan lineup, it’s the end of an era of naturally aspirated engines, as it’s part of a new set of engines. The other, in base 2.0t models, is the Mercedes-Benz-sourced 2.0-liter turbocharged four-cylinder engine—making the Q50 either turbocharged or hybrid. Yes, the 3.5-liter V-6 and electric motor Q50 Hybrid is still in the lineup.

Infiniti says that this is the most advanced V-6 it’s ever offered. It weighs 486 pounds and features an aluminum-alloy block and heads, direct injection, an electronic wastegate actuator, water-cooled engine charging, and valve timing control that’s actuated by an e-motor for quick responsiveness.

The engine has a square, 86-mm (3.39-inch) bore and stroke, with a more compact block than the engine it replaces—so there are some packaging advantages, too.

One of the key differences between the 300-hp version and the 400-hp one is that the higher-power, higher-boost engine uses two water pumps. And in either form, it uses 0W-20 low-viscosity oil, moved with an electronically controlled, variable-displacement oil pump.

Expect fuel-efficiency ratings to be up somewhat—especially for the standard-output version—compared to the previous V-6, and engine stop-start is likely.