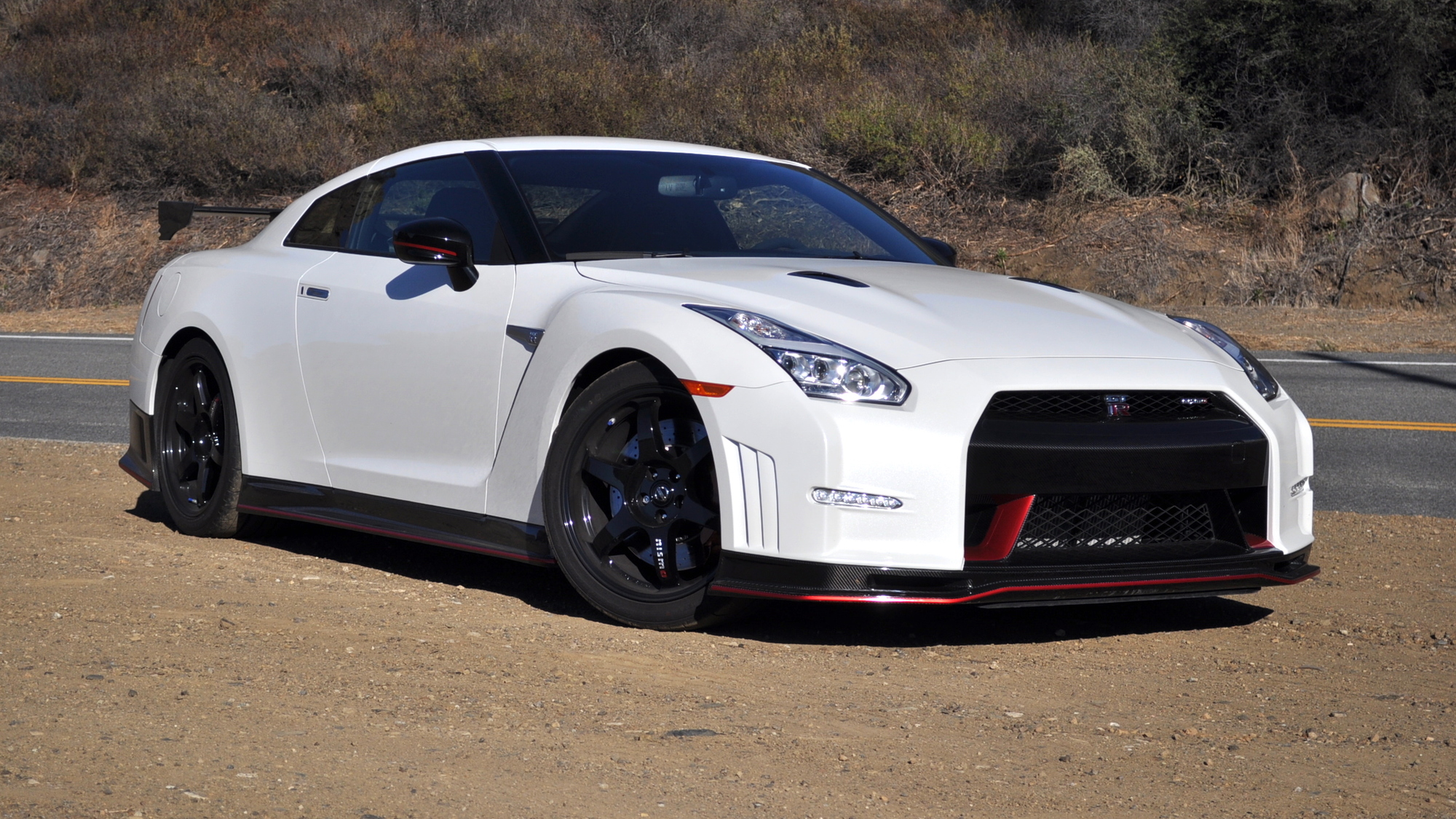 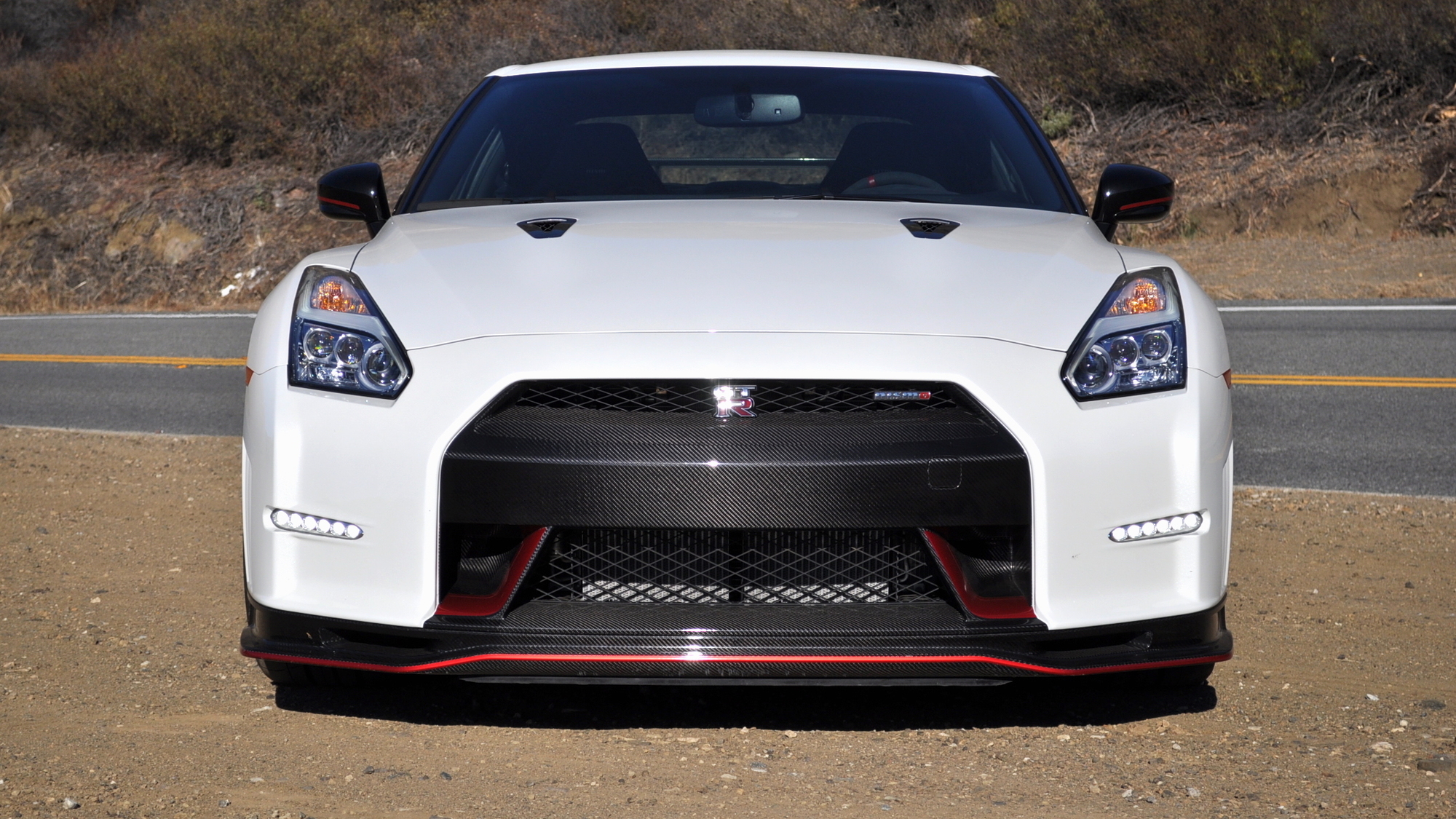 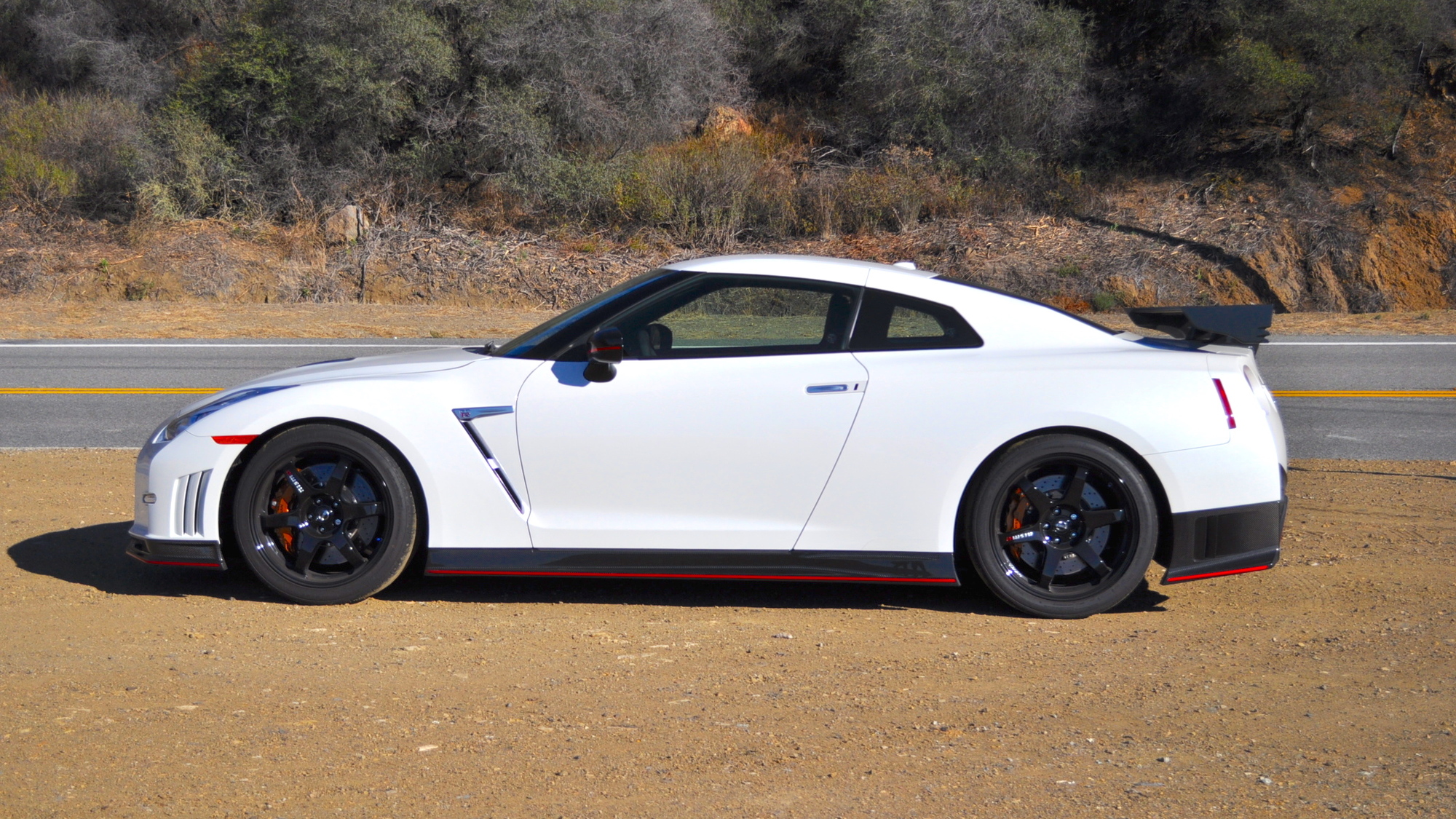 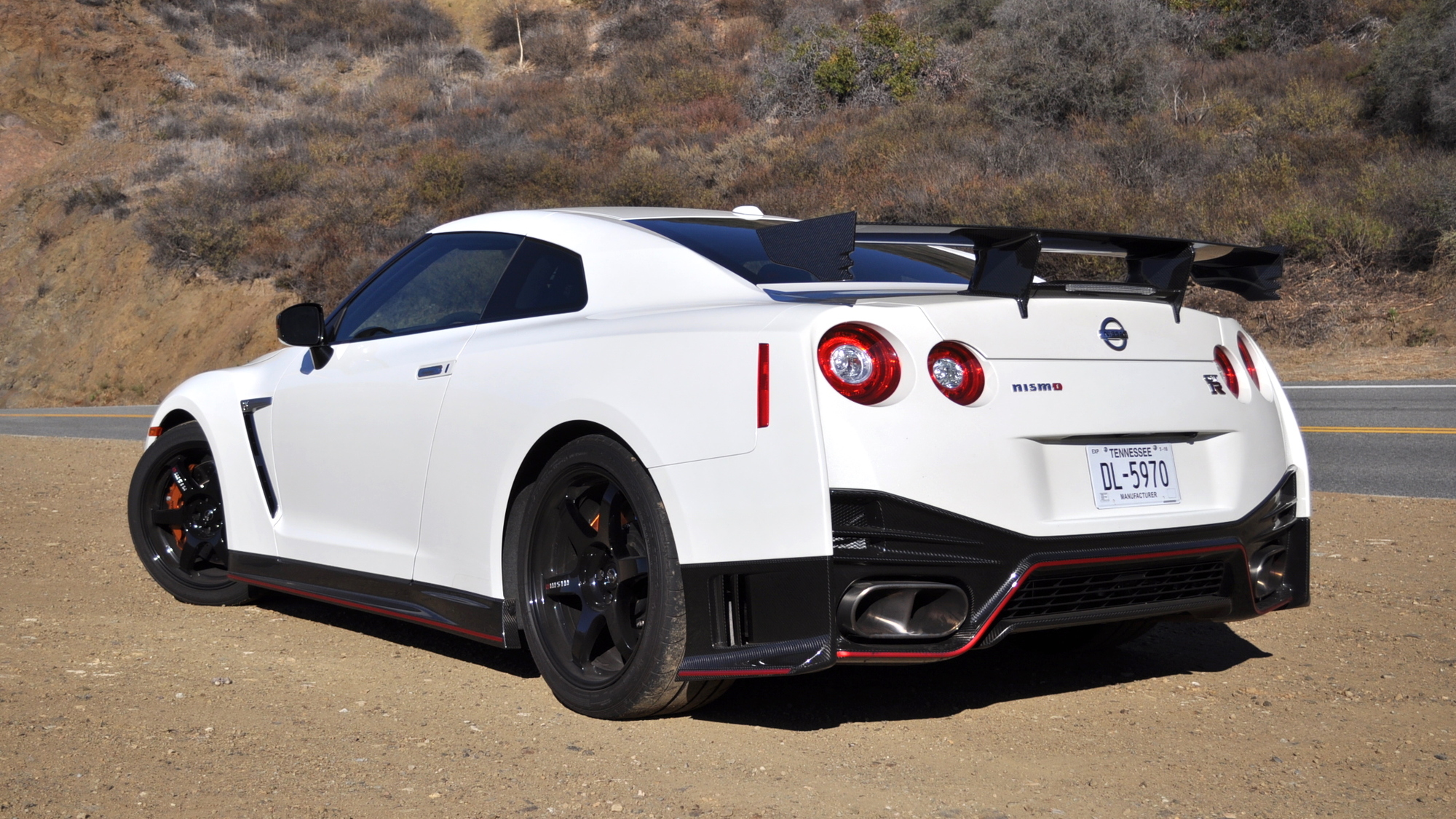 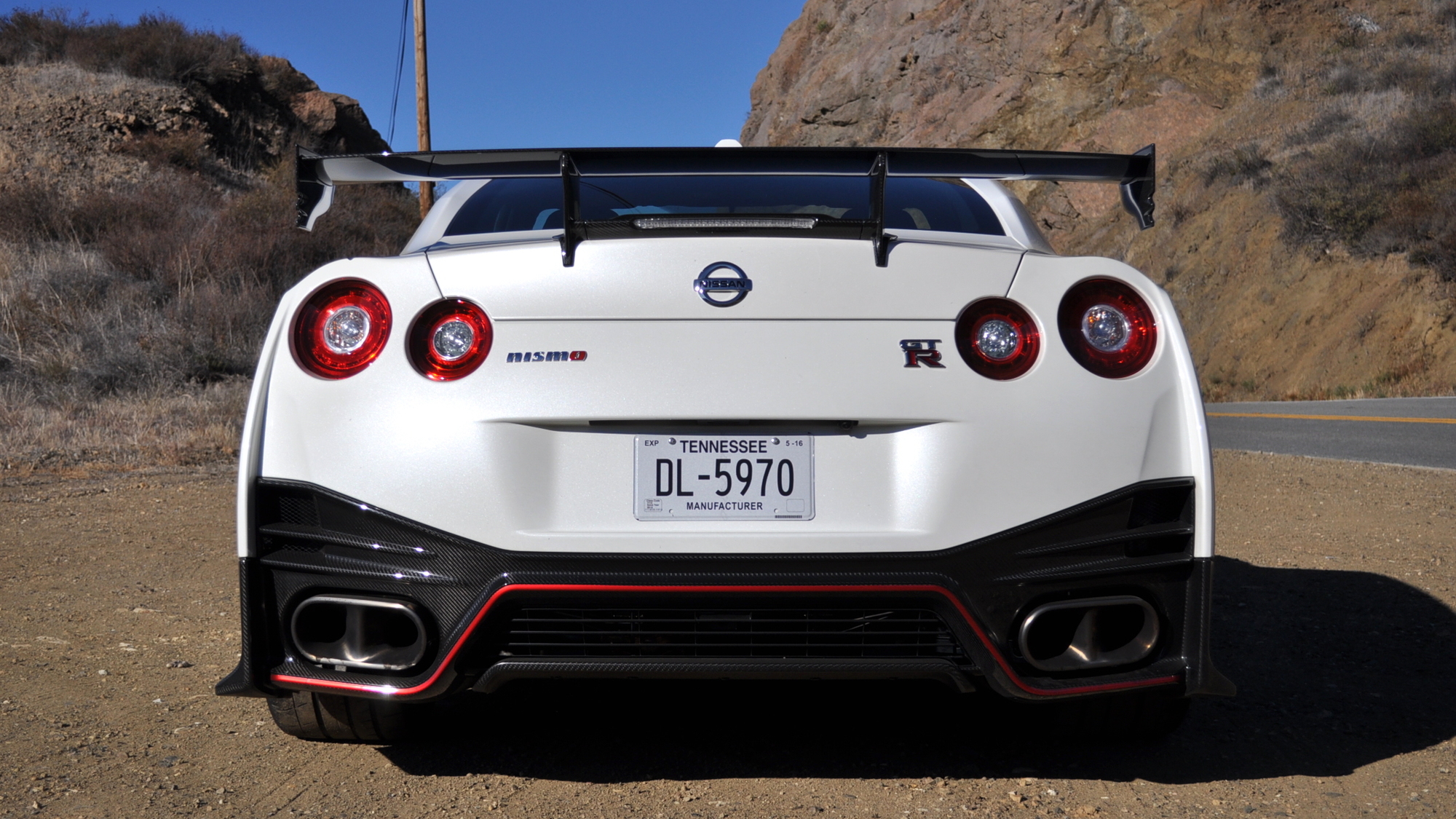 Soulless, ugly, and overweight. These are the three things I hear nearly every armchair-enthusiast fanboy say about the Nissan GT-R. The NISMO? It's scoffed at as an even more ridiculously priced Nissan with more boost and little else.

All of those people are wrong.

The jeers of the GT-R being soulless and ugly are typically made by people who have never even seen one in person, nonetheless actually driven one. And being overweight is subjective, isn't it?

For those who somehow aren't in the know, the GT-R is Godzilla. It's the supercar that finally in 2009 came to the U.S., and promptly destroyed the competition in nearly every performance measurement, for a fraction of those rivals' cost. Fast forward to 2016 and we have the NISMO edition, a distilled version of the GT-R that, simply put, is cranked to 11. All the major components have been tweaked with one single purpose: go faster.

The bushings are different; the suspension's re-tuned; the turbos are larger; the wheels are lighter; the aero is better, with more downforce; and of course, there's more carbon fiber everywhere.

It's barely livable on the street...

The non-NISMO GT-R is just this side of tolerable on the streets; the NISMO's worse. The car bounces and jumps over highway expansion joints. The entire car is so stiff, it feels as if you're smashing two rocks together and your seat is the bumper.

Moving beyond the ride quality, you have the practical day-to-day aspect: that front splitter. It will literally give you a headache. It's deeper, lower, and much more expensive—carbon fiber isn't cheap—than a standard run-of-the-mill GT-R. This makes pulling in and out of your local In-N-Out a painful experience. Or, you can be on the outside as you watch a valet scrape it on the asphalt as you cringe and want to drop to the ground and cry.

See a pothole? Swerve quick. Stuck in traffic? Don't be. The GT-R Premium can be daily-driven; heck, so can the Black Edition. The NISMO? I wouldn't recommend it.

The way the GT-R NISMO delivers power isn't how you might expect. In fact, it's not like many modern supercars. It has two turbos bolted to its V-6 engine, but they aren't sequential, or in the V. It takes time for the boost to build, and it's not always on boil.

As the boost builds, in some ways it feels like a naturally-aspirated V-6, but then you hear the faint whistling of the turbos as you near 3,000 rpm. Suddenly, the car goes from building power in a smooth arc to being lit on fire and blasting you forward into the cosmos. Then the boost fades and you had either shifted to keep in it or you're suddenly out of warp speed.

If you aren't paying attention, you can actually catch the GT-R NISMO flat-footed and make it feel, dare I say, slow.

In a lot of ways, this is reminiscent of Japanese supercars of the '90s. We didn't get the GT-R in the U.S. until 2009, but we did get the Nissan Z32 300ZX Twin-Turbo and Toyota Supra. Both were fire-breathers in their own right, and both built power in a similar fashion as the GT-R. Wait. Build. Boost. Shift.

The transmission's not like other modern dual-clutches either. Back in 2009 when it was introduced, it was fast and state-of-the-art. Now, well, it's showing its age. It's still quick, but it's just as unrefined today with the clunking and whining as it was seven years ago. What's more, the competition's moved past it. Porsche's PDK is faster without a doubt, and Chevrolet's eight-speed automatic in the Corvette Z06 is, too. Does it matter? Not truly, but bragging rights are a thing.

As I eased up the canyon road I rolled into the throttle and the boost began to build in the straight. Just as I come to the first sweeping right-hander the boost boils and instead of braking where you might in another car, I rolled my foot completely into the throttle after giving the correct steering input. The transmission dropped a gear, the rear squatted down, and I could feel the power shifting side-to-side in the rear as the active limited-slip differential did its thing. I continued to do this through long sweepers for miles as I began to get a true feel for it.

As I went farther off the beaten path the roads began to get twistier and tighter, going from big sweepers to tight, technical turns one might not choose to take at speed in a nearly 4,000-pound supercar.

Two turns up I could see a sharp, tight right-hander. I wanted to see if this car could really dance. The long sweepers showed there was someone home inside this monster, but I wanted to look into its eyes and see its soul, or know if it actually had one.

The turn came up quick and I purposely carried too much speed into it. Turning in, something interesting happened in this front-engine, all-wheel-drive supercar, instead of the front plowing the rear end swung out. I instantly countersteered and rolled into the throttle, and as I did, I heard a thunk from a clutch pack. Suddenly, a surge of power shoot through the carbon fiber driveshaft connecting the front and rear axles, and the front wheels clawed at the pavement, scrambling for traction.

As soon as the front tires found what they were grabbing for, it was like a slingshot, blasting me forward through the turn. It was alive. I felt it.

It was in that instant I realized this car has a soul. It's a stark contrast to the German automakers, with their "over-engineering, because we can" attitude, and the Italian makes, with their screaming engines. It's somewhat mechanical, and feels like a video game at times, but there's something there—a personality.

You have to work for it, push to see its inner self. If you do, I can assure you, it's there. I saw it, and it's lovely.