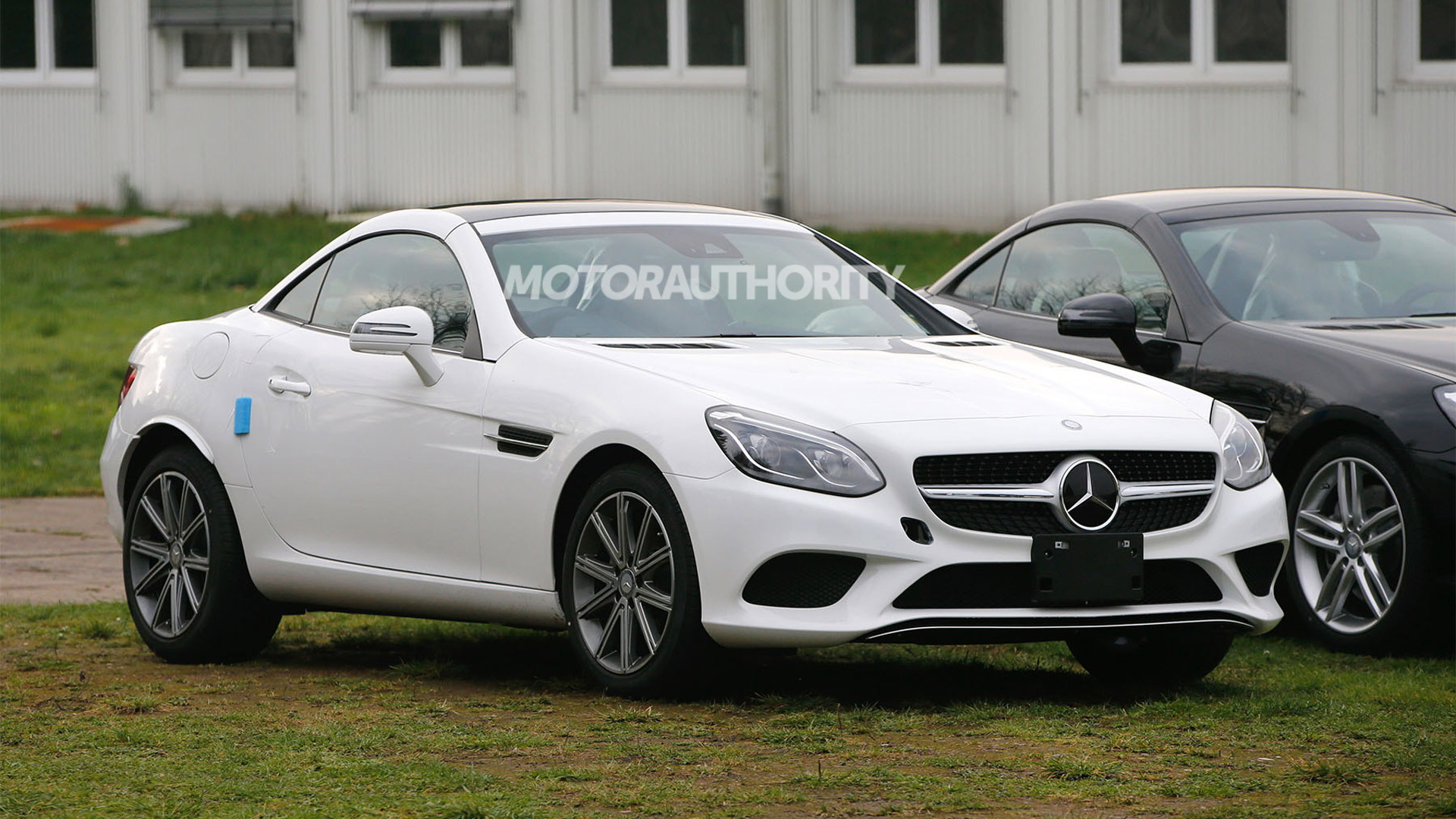 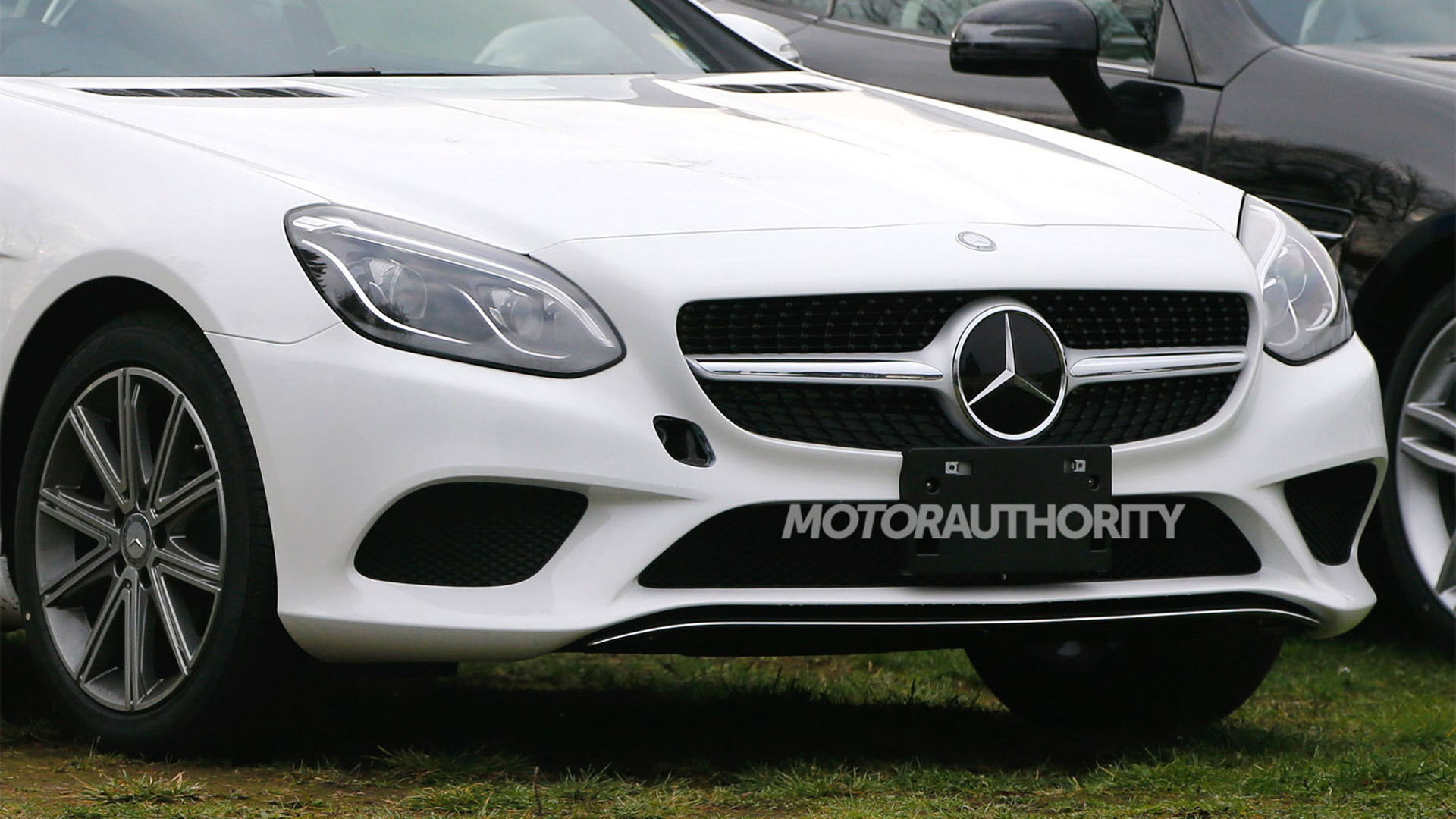 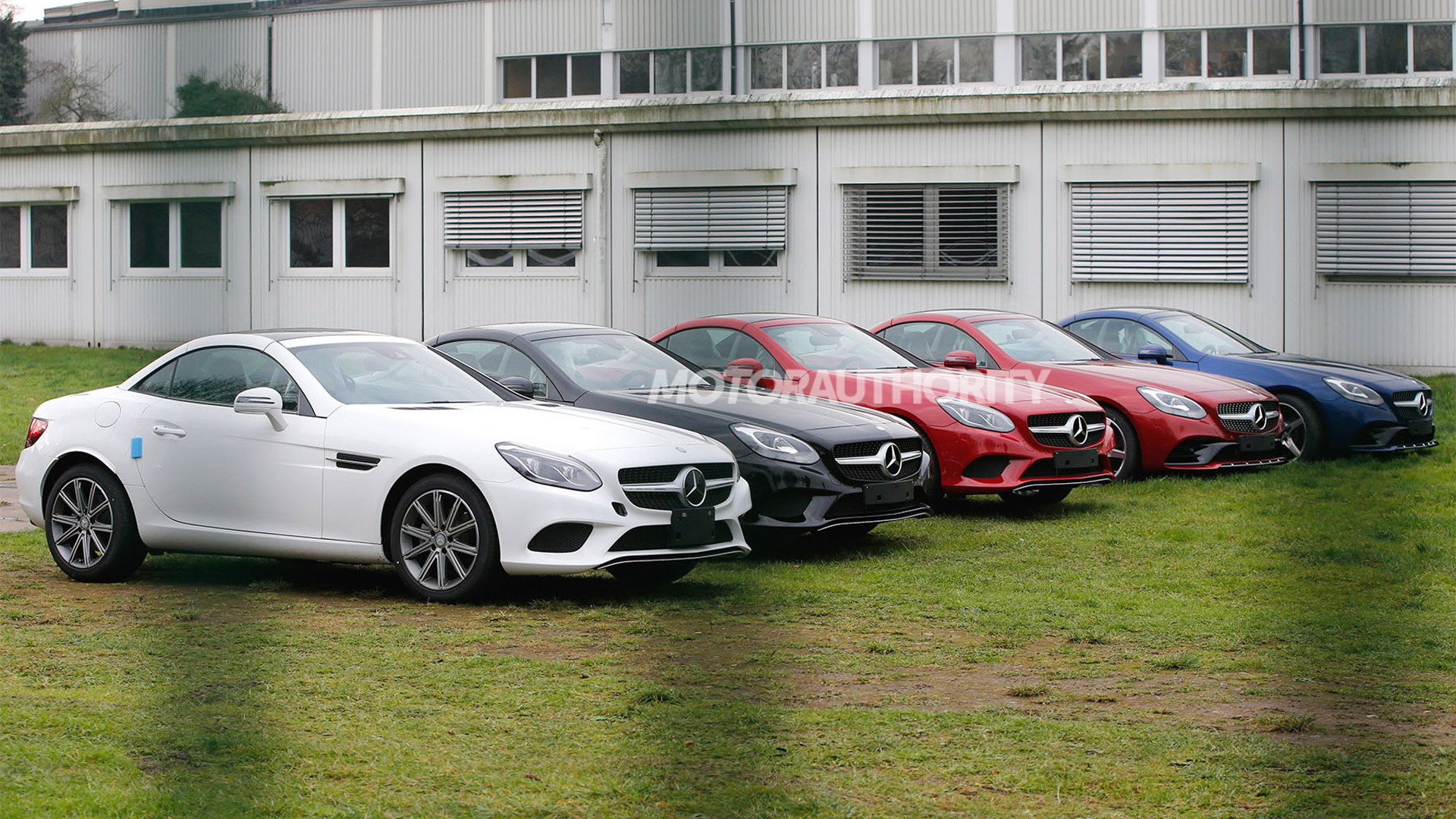 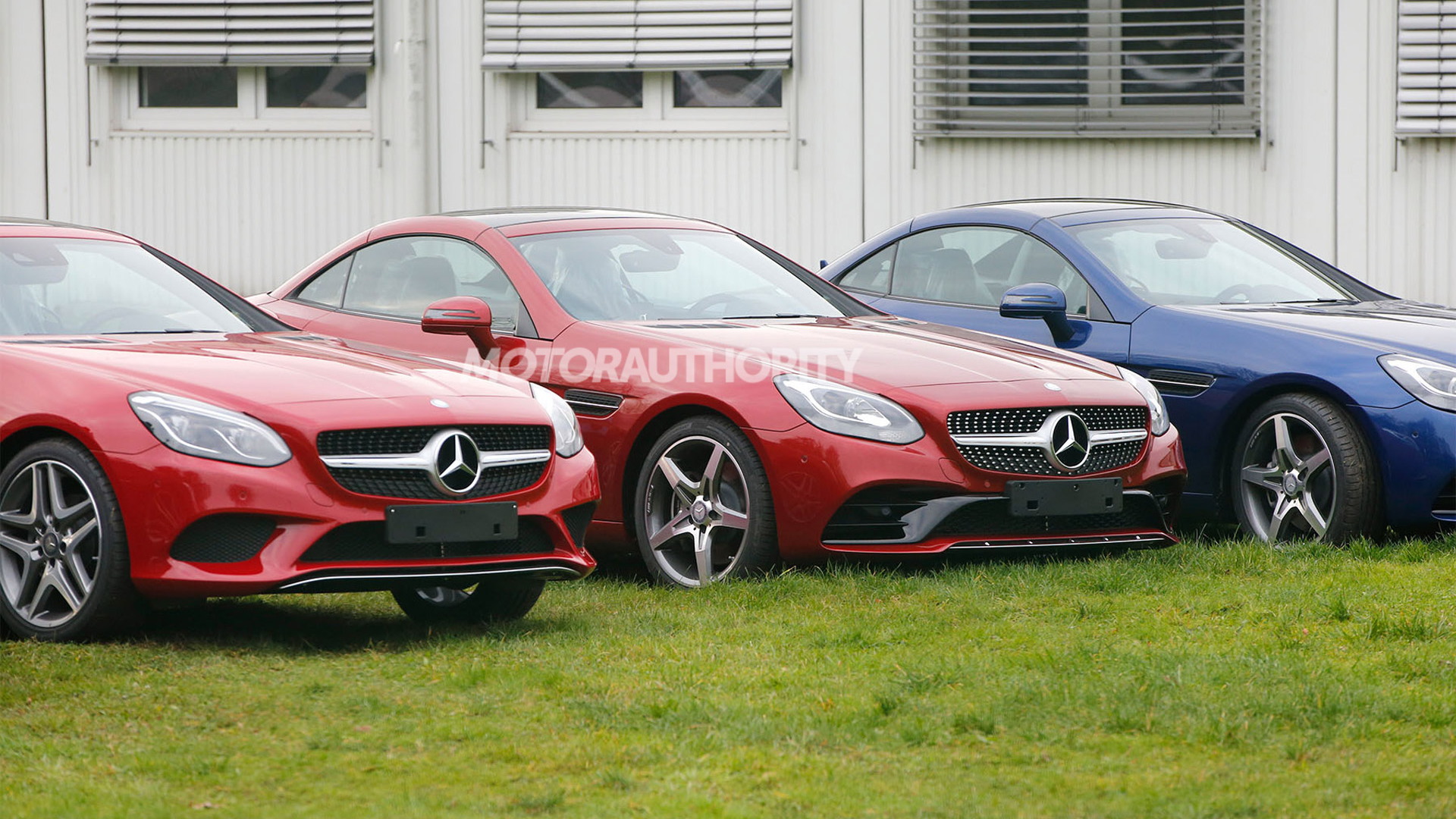 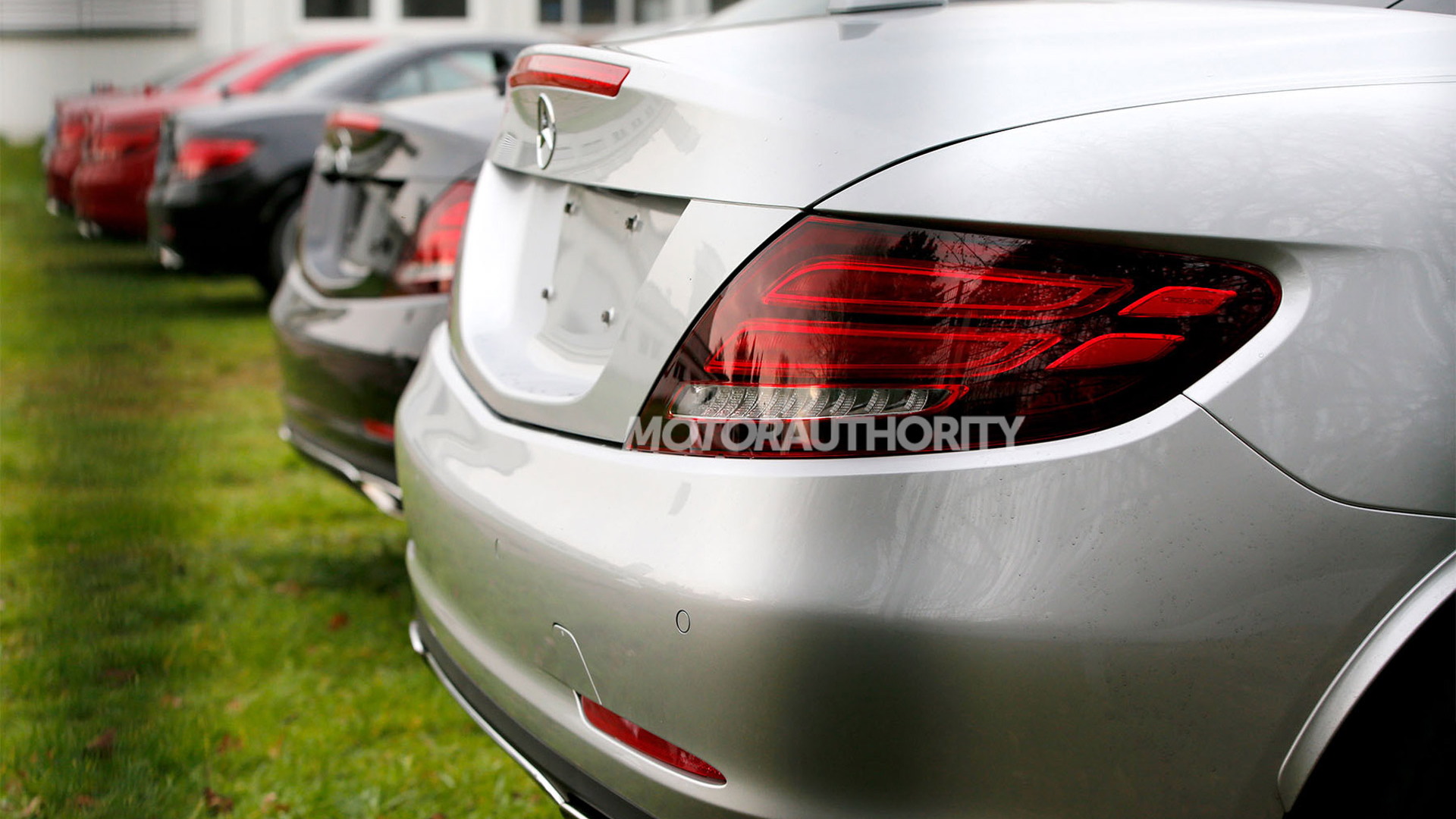 Mercedes-Benz is bringing back its SLC badge next year, but it won’t be affixed to an ‘all-new’ car but rather an updated version of the current SLK. The SLK is now one of the oldest models in the automaker’s fleet, having been on the market in its current form since the 2012 model year. We’ll see a 2016 SLK with a new base engine and a few other changes before Mercedes replaces the car with this SLC-badged version, revealed in full in our latest spy shots. The car is due to be officially revealed very soon ahead of a world debut at next month's 2016 Detroit Auto Show.

As this only represents the car’s mid-cycle update, the changes won’t be too extensive. Some we can spot include new bumpers, a new grille, revised head and tail-lights, and a new exhaust tip design. We should also see a few tweaks in the interior, with plusher materials and more advanced infotainment features being added.

The entry-level variant for the United States will likely be an SLC300 powered by the same turbocharged 2.0-liter four fitted to the latest C-Class, where it rates in at 241 horsepower and 273 pound-feet of torque. The standard transmission should be a nine-speed automatic, and no manual transmission will be offered, at least here in the States. A more powerful SLC450 AMG is also in the works. It should feature the same twin-turbocharged 3.0-liter V-6 fitted to the C450 AMG, where it currently generates 362 hp and 384 lb-ft.

Sadly, we hear that there's no plan for a dedicated Mercedes-AMG variant this time around. It means Mercedes will soon be without a naturally-aspirated V-8 model in its lineup (the current SLK55 AMG features a 5.5-liter V-8 rated at 415 horsepower).

Some readers may remember the original SLC of the 1970s was a fixed-roof version of the SL-Class, with some even referring to the car as an SL Coupe. The storied badge has now been chosen for the updated SLK in line with Mercedes’ latest naming strategy. The “SL” part of the name signifies that it’s a sports car and the “C” signifies that it sits alongside the rest of the C-Class family of cars in the Mercedes model hierarchy.

The changes being made to the SLK in this transition to the SLC are also part of Mercedes’ plan to position future generations of the car further upmarket, possibly to allow room for an Audi TT-rivaling ‘SLA’ sports car based on the next-generation A-Class platform as well as to compete with BMW’s Z4 replacement, which is expected to become a much more substantial sports car due to its tie-up with a next-generation Supra from Toyota.