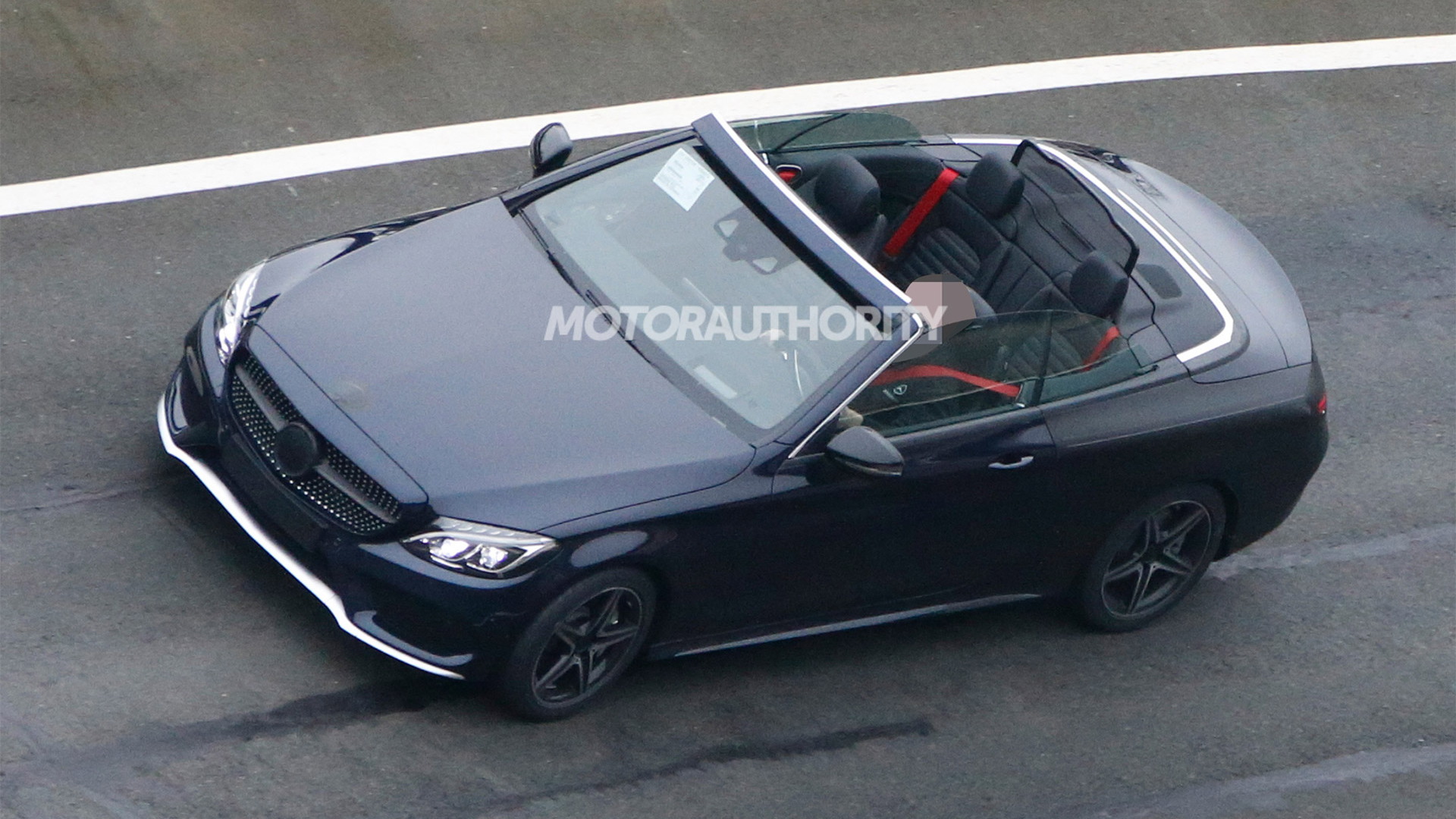 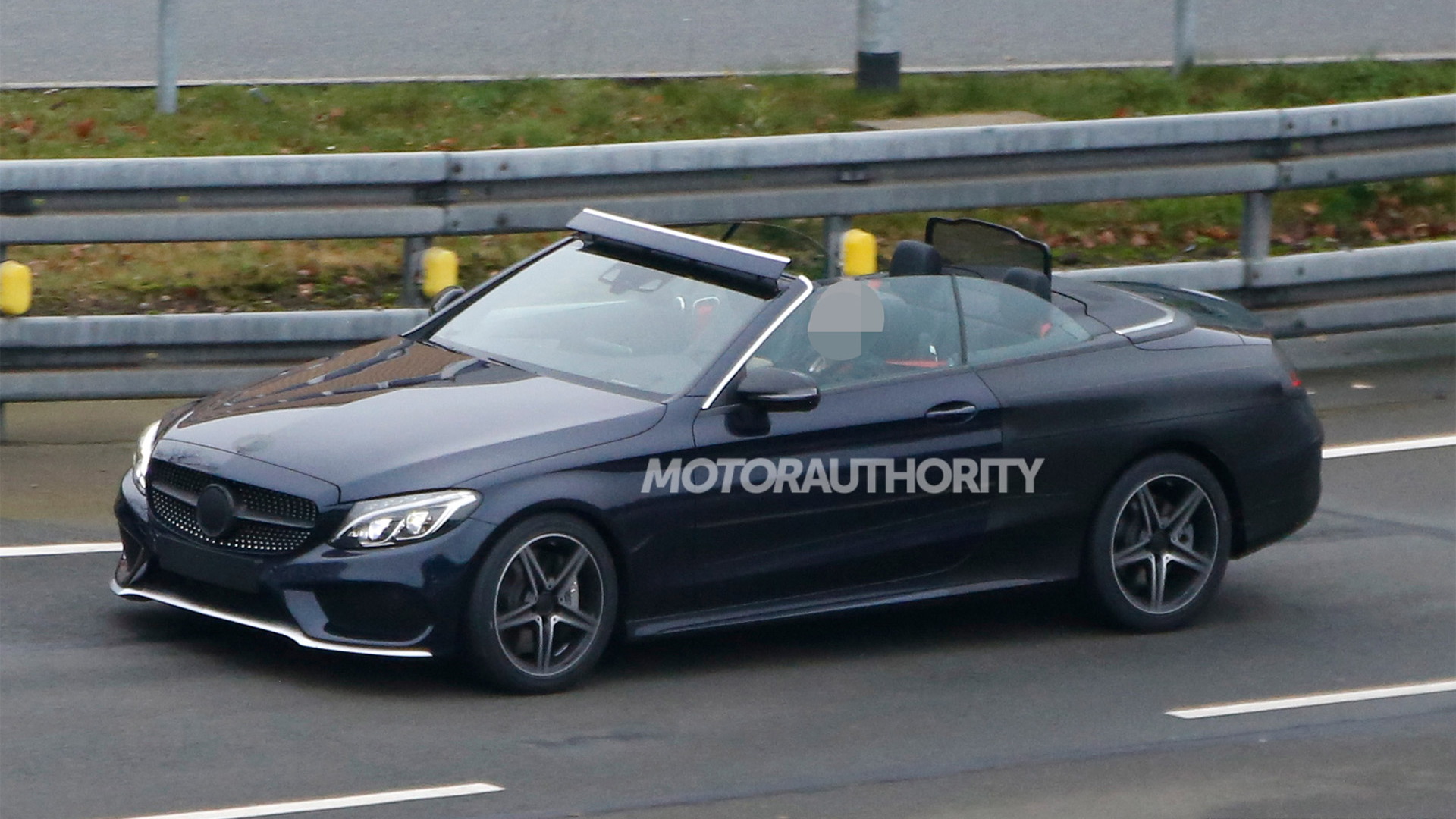 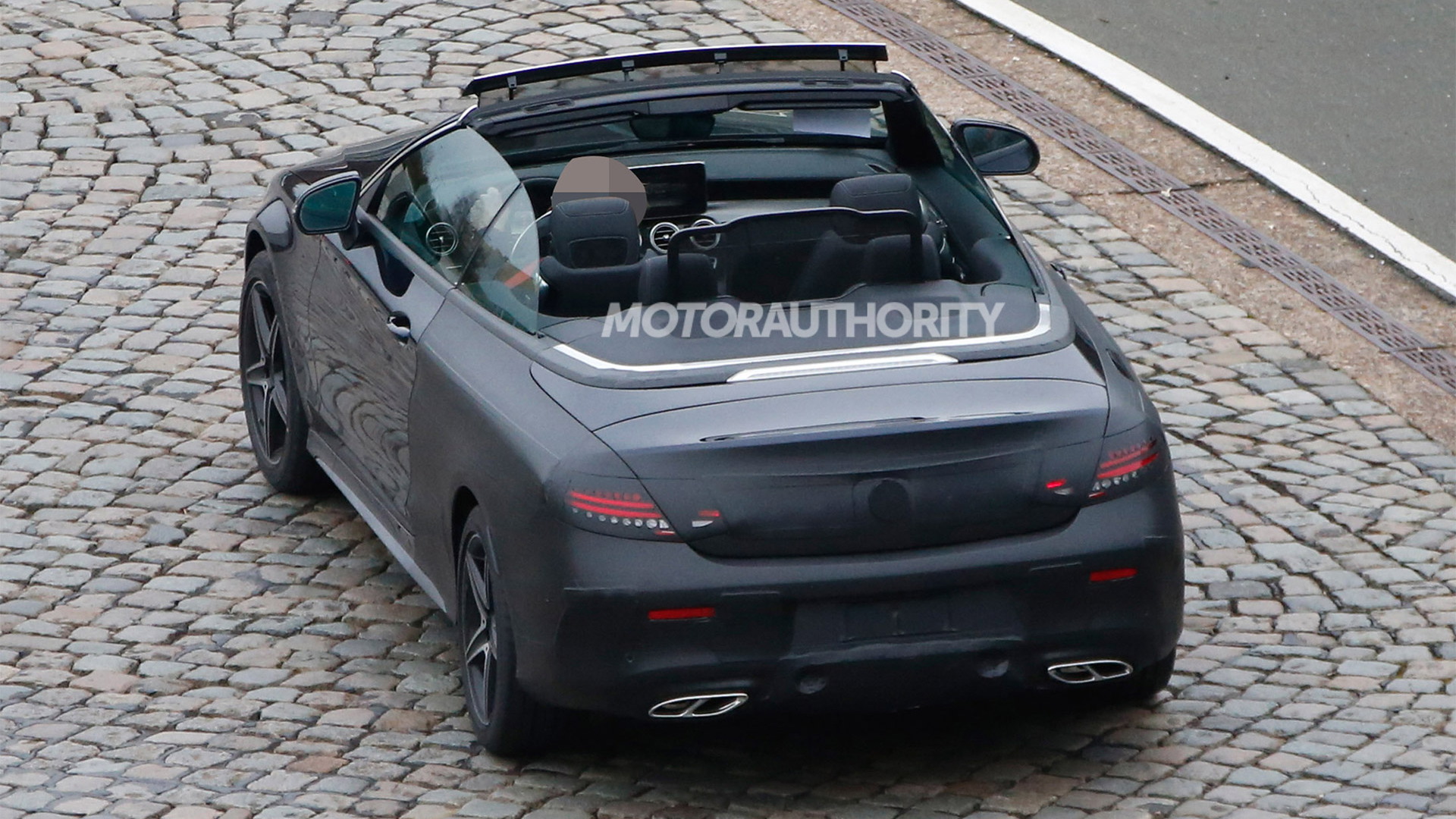 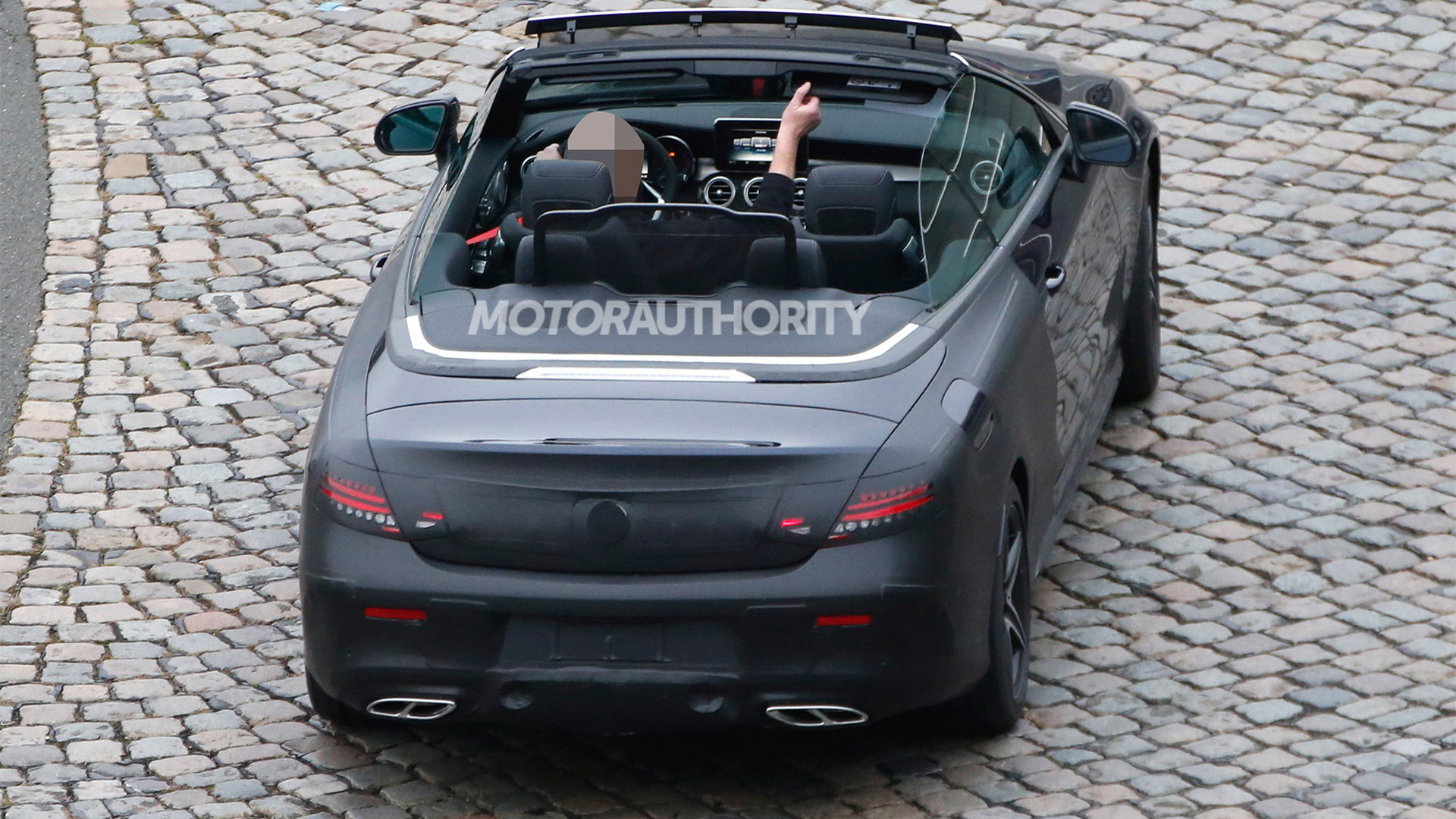 These are the latest spy shots of a prototype for a new convertible version of the latest-generation Mercedes-Benz C-Class. The car will be called a C-Class Cabriolet and should be revealed early next year, as a 2017 model.

Like the recently revealed C-Class Coupe, the C-Class Cabrio will be sportier than the C-Class sedan with which it shares its MRA platform. We can already see that the track of this prototype is wider than that of the sedan, and the car looks to be sitting lower.

As for the roof of the C-Class Cabrio, Mercedes has decided to forgo a retractable hard-top in favor of a lighter and less expensive soft-top, just as it has with the E-Class and S-Class Cabrio models. The new SLC, the updated version of the SLK sports car, is sticking with the hard-top option for the time being, though.

As we saw with the C-Class Coupe, the C-Class Cabrio will likely launch in C300, C300 4Matic and Mercedes-AMG C63 and C63 S flavors (you can view spy shots of the Mercedes-AMG version here). The C300 cars will come with a turbocharged 2.0-liter four with 241 horsepower while the C63 and C63 S models will come with 469 and 503 hp respectively, generated from a twin-turbo 4.0-liter V-8. Eventually, we should see a C450 AMG model added to the lineup.

Key rivals for the C-Class Cabrio will be the Audi A5 Cabrio, BMW 4-Series Convertible, Infiniti Q60 Convertible, and an expected drop-top Cadillac ATS.