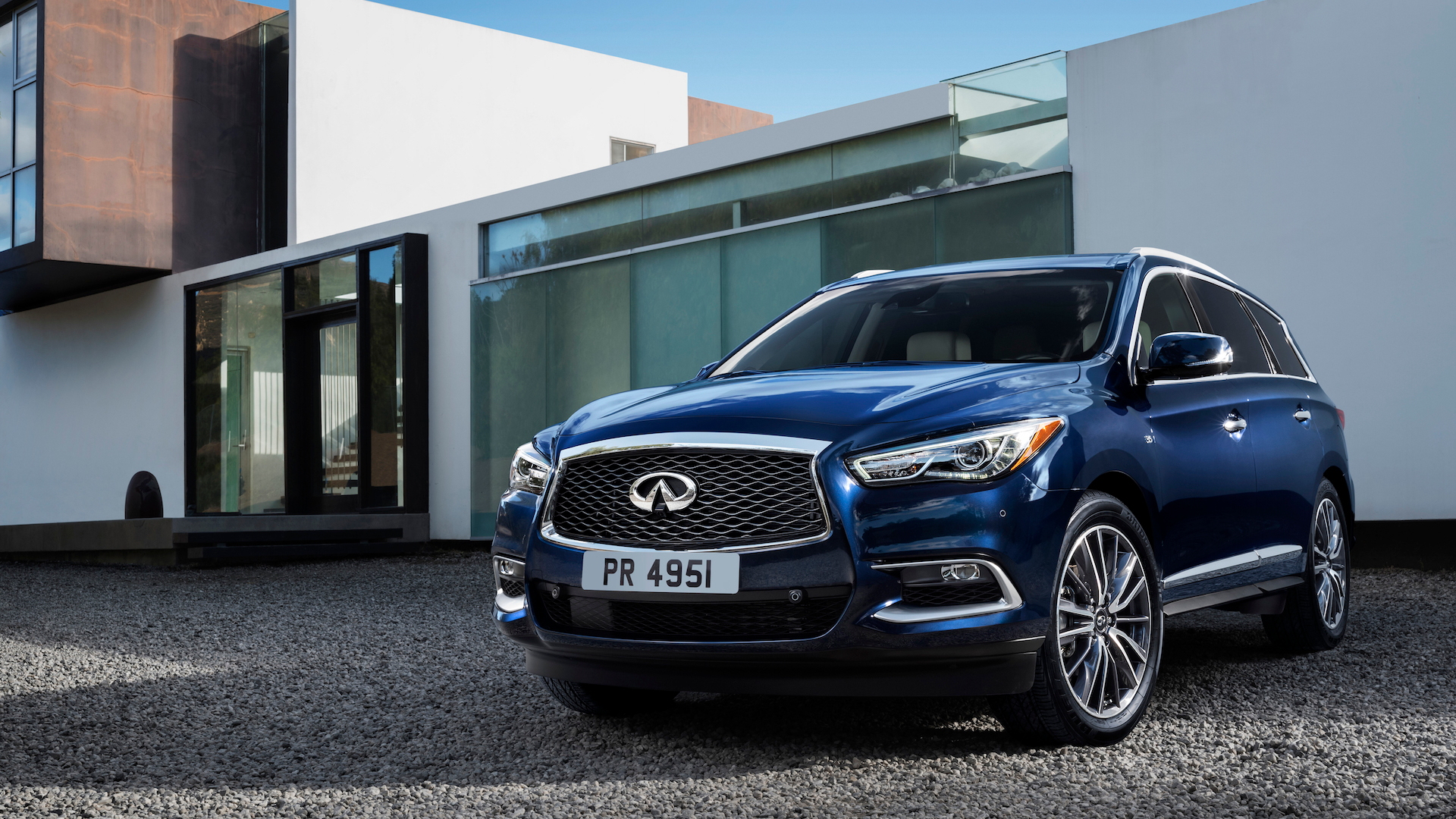 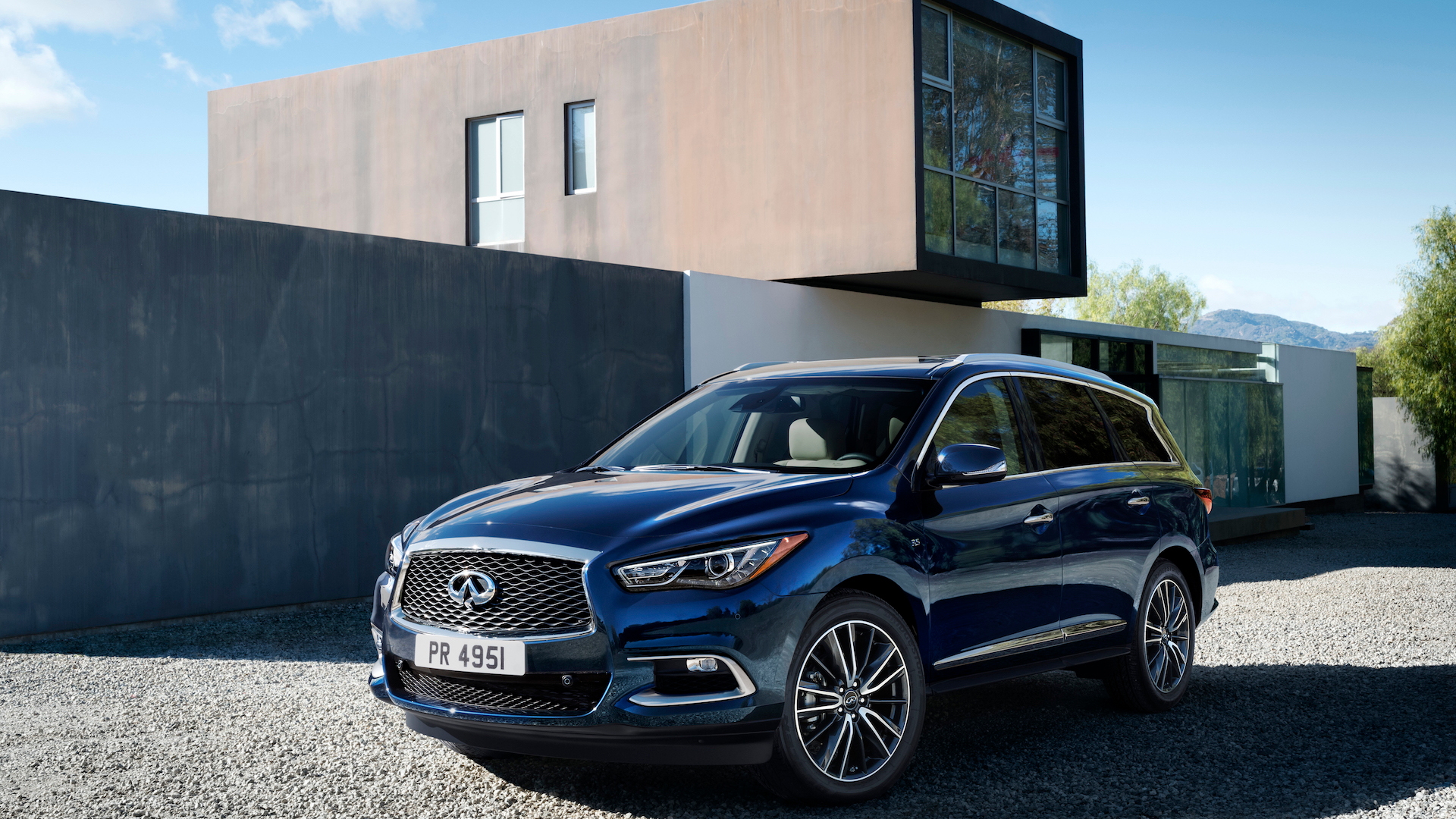 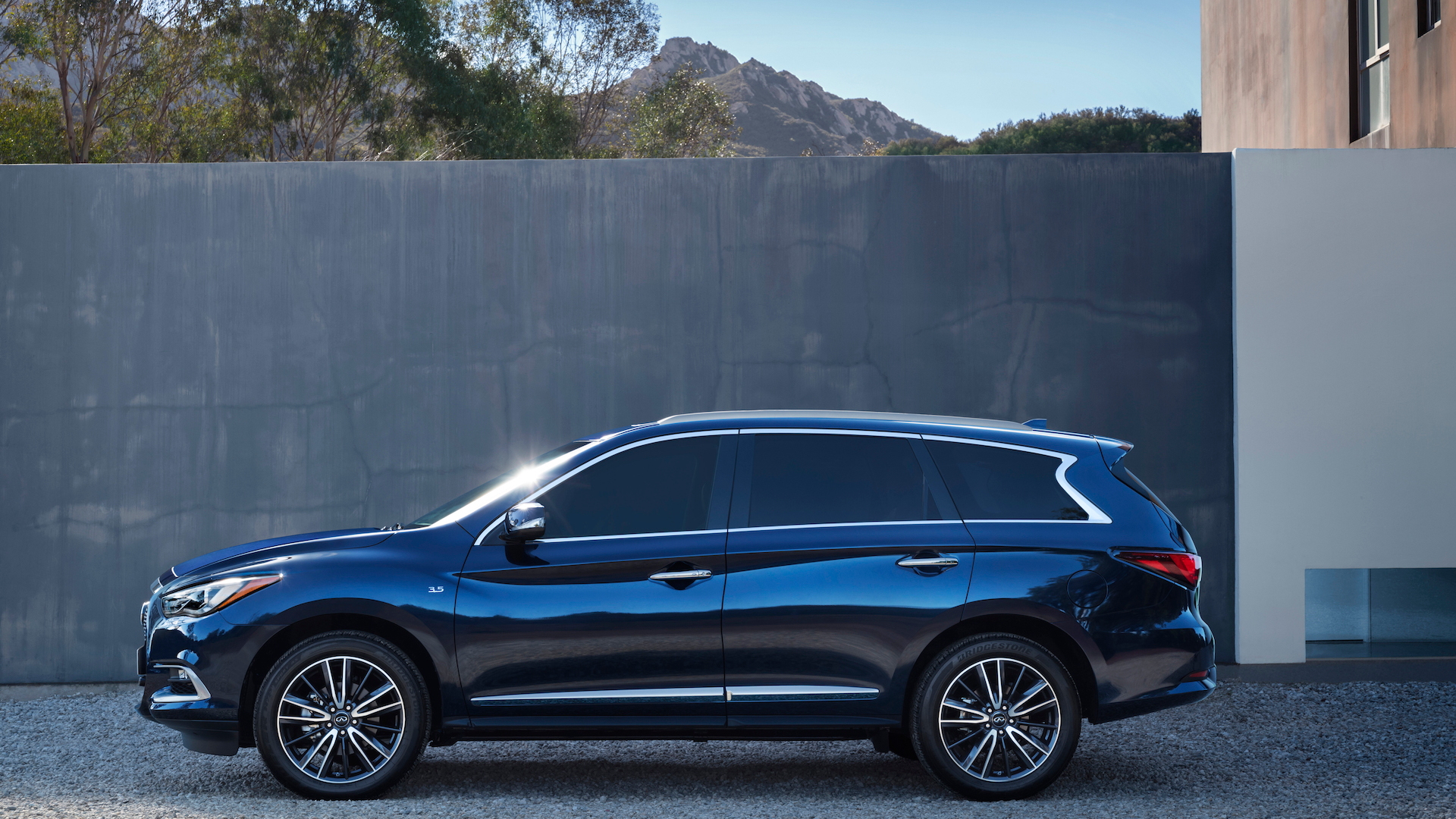 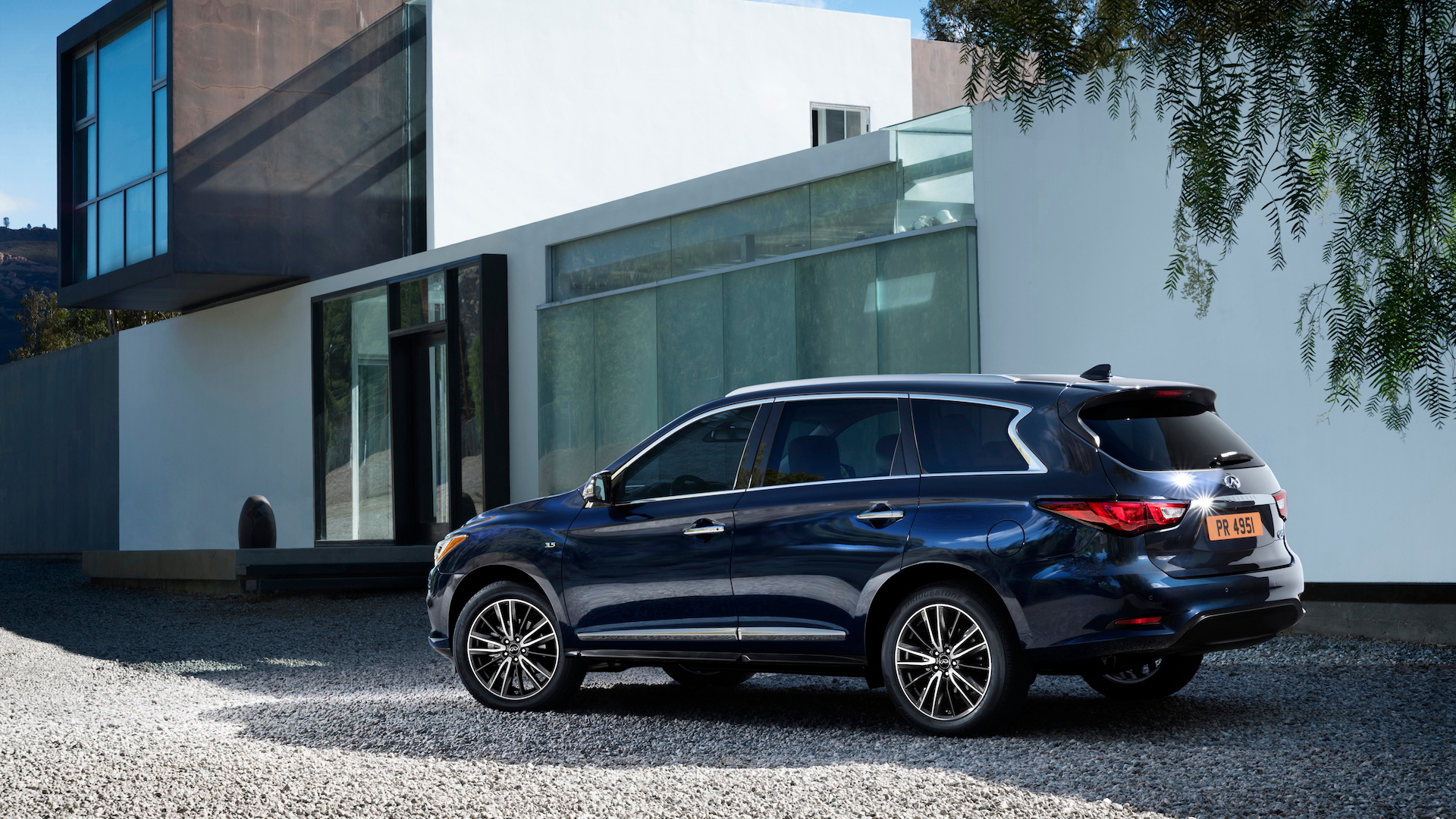 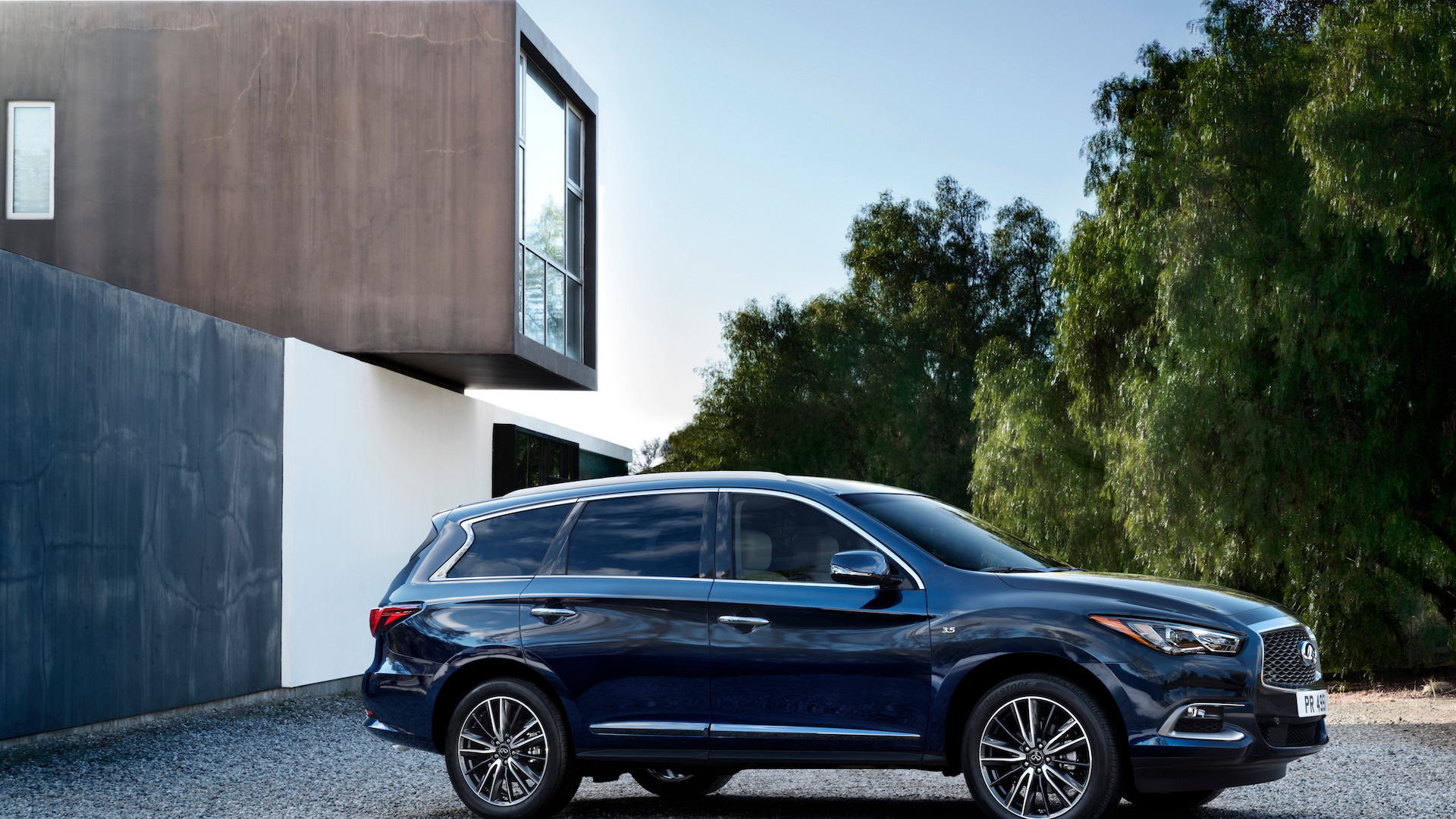 After a dearth of new product this past year, Infiniti finally has something new to show us. Overnight, the automaker unveiled the ‘VR’ twin-turbocharged 3.0-liter V-6 engine series that will eventually make its way across the lineup. Now, Infiniti has unveiled an updated version of its QX60 crossover. The vehicle makes its debut next month at the Detroit Auto Show, as a 2016 model.

Unfortunately, the 2016 Infiniti QX60 misses out on the new VR engine. Instead, it sticks with the VQ series. There are four configurations—QX60, QX60 AWD, QX60 Hybrid and QX60 Hybrid AWD—and all of them stick with the previous model’s dull CVT. They are offered with either front-wheel drive or all-wheel drive.

The QX60 models feature a 3.5-liter V-6 that delivers 265 horsepower and 248 pound-feet of torque. The QX60 Hybrids get a supercharged 2.5-liter four-cylinder and electric motor combo that’s good for 250 hp and 243 lb-ft. In testing the previous model, we found both powertrains to be adequate but not very enthusiastic. We expect the same to be true for this 2016 version.

The good news is that there have been some updates to the chassis aimed at improving the driving experience. The independent-strut front and multi-link rear suspension feature new shock absorbers and spring units, which are said to result in smoother ride control with a reduction in body movement when cornering.

Other changes include grippier tires and an electronic power steering system tuned for improved response to steering inputs. Finally, Infiniti has added a drive mode selector vehicle dynamics adjustment system. The driver can select from four drive modes—Standard, Sport, Eco and Snow—using a rotary dial mounted in the center console.

On the outside, you’ll be able to spot the 2016 QX60 by its new headlights and revised grille. Complementing these are front fog lamps, which feature LED lighting and chrome finishers. Other exterior lights such as the side indicators and tail lights are now also flush with the body. The rear hatch has also received attention, featuring a new chrome finisher, while retaining its power lift function.

The changes are less obvious in the cabin. For 2016, the upper instrument panel has been wrapped in soft-touch material with contrast stitching, while the gearshift knob and surround feature a new design and finish. Some of the controls have been revised and a power sliding moonroof with tinted glass, one-touch open/close, tilt feature and sliding sunshade is standard on all models. Acoustic glass has also been added to improve NVH levels.

As is the case with most new luxury autos, the 2016 QX60 also benefits from a suite of electronic driver aids and safety features. These include automatic braking and collision warning systems as well as parking aids. There are also available services such as a 24-hour concierge and a telematics system that can track a stolen vehicle, remotely lock/unlock the car or notify emergency departments in the case of an accident.

The QX60 with its standard third-row seats and reasonable starting price of just over $42,000 has turned out to be a hit for Infiniti. This year, Infiniti is on track to sell more than 50,000 QX60s worldwide, which is up 24 percent on the previous year. With the latest updates, we suspect sales in 2016 will fare even better.

Stay tuned for the debut at the Detroit Auto Show, which gets underway January 13, 2016. For more from the show, head to our dedicated hub.