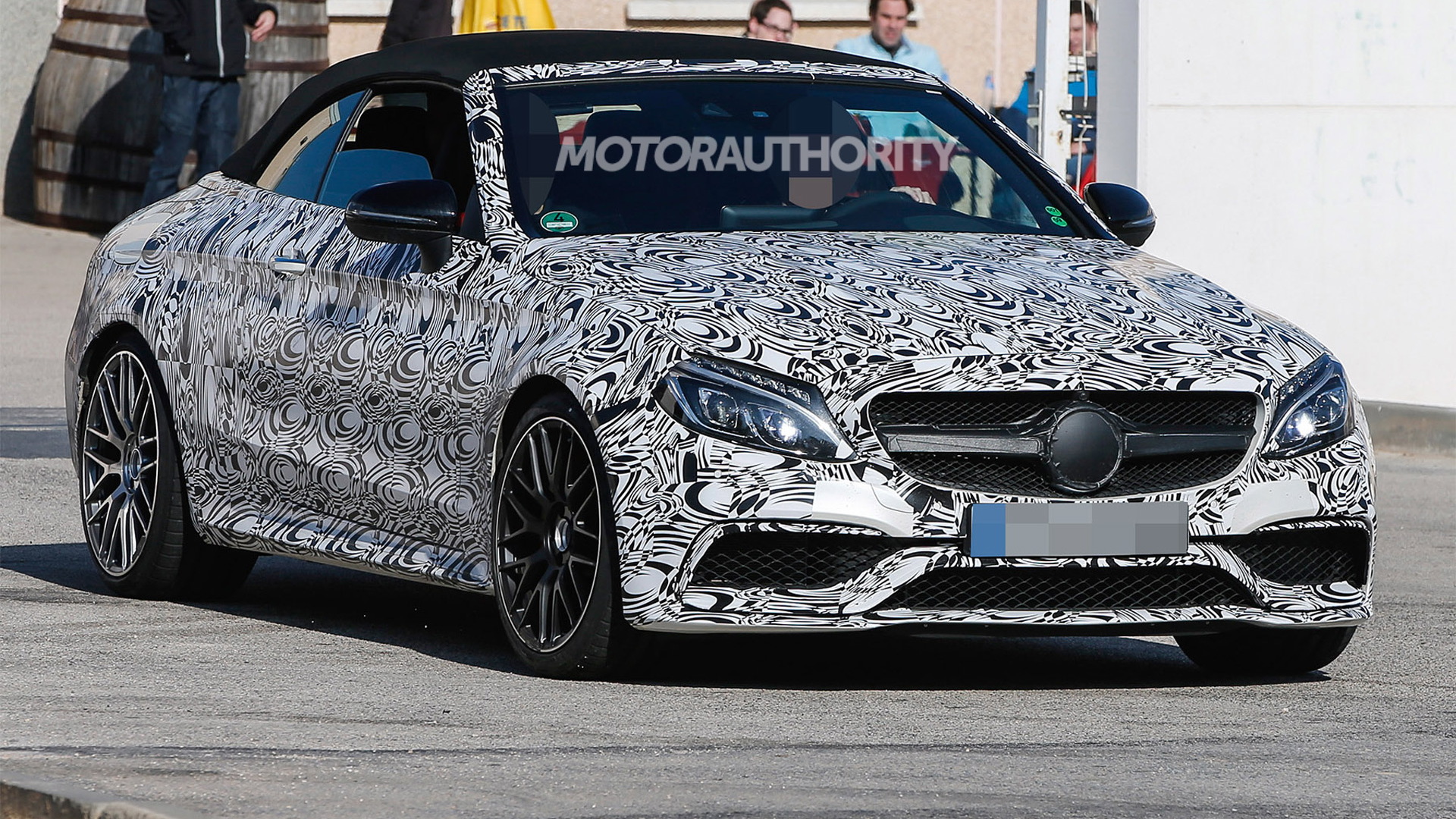 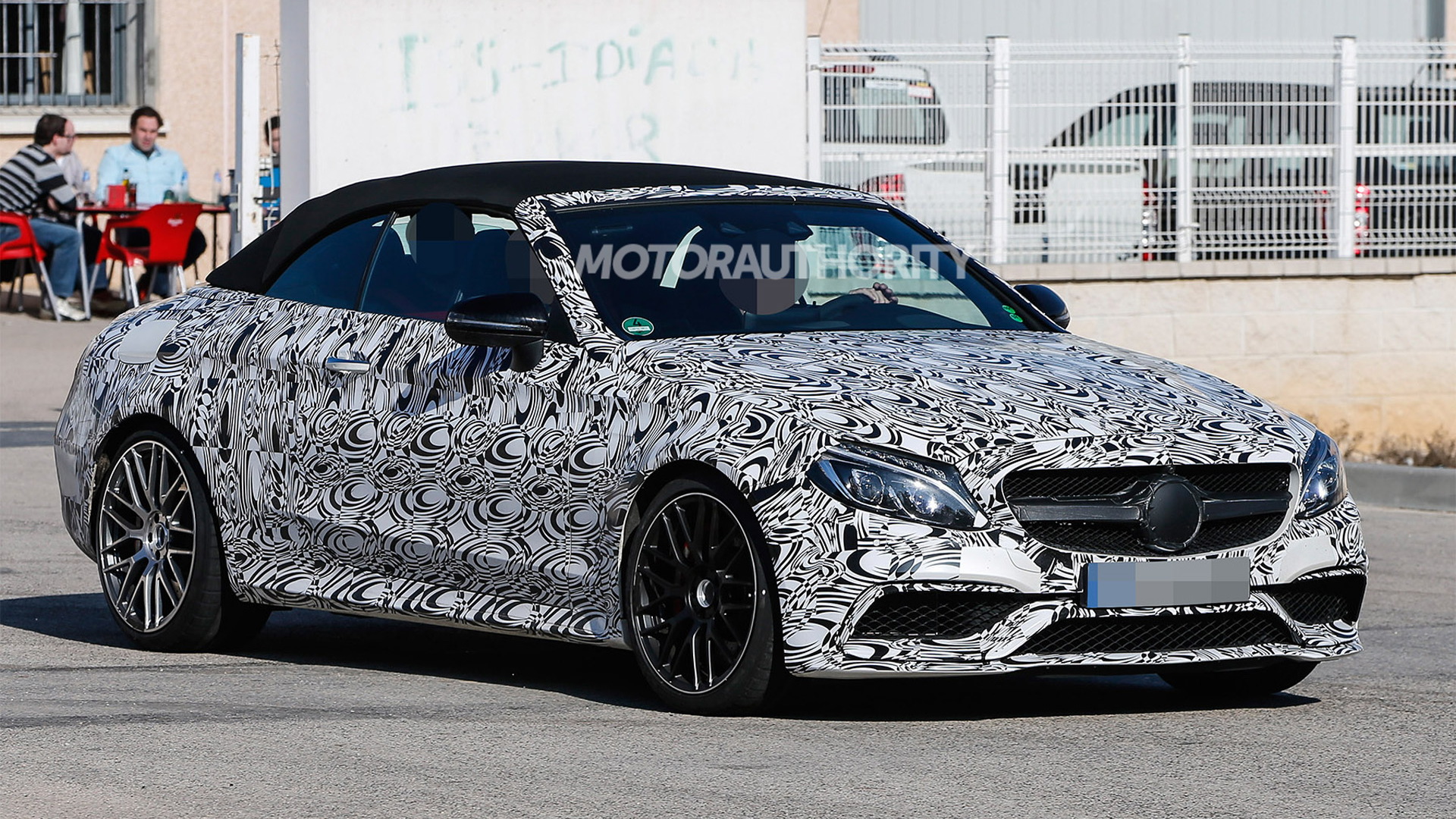 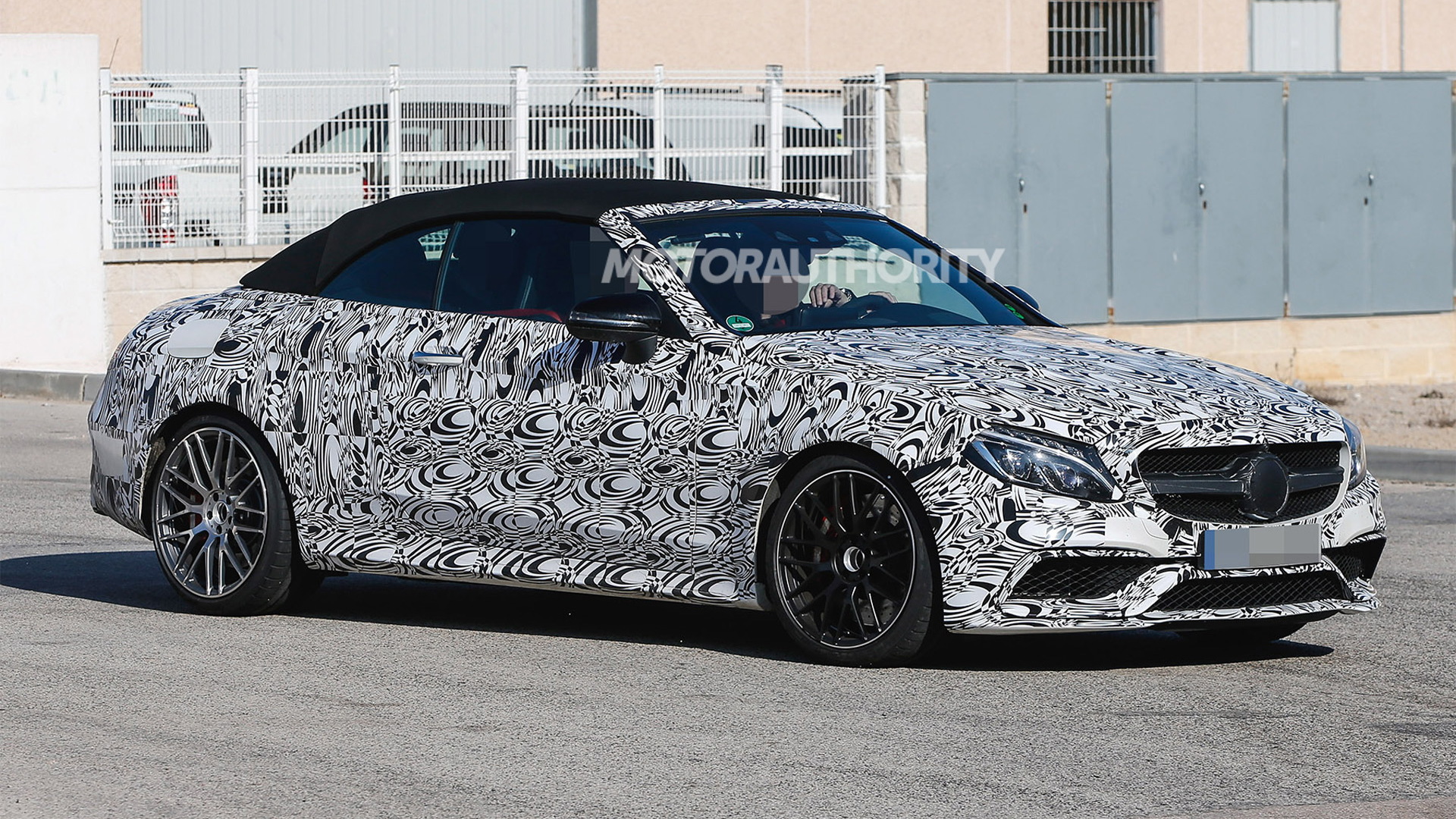 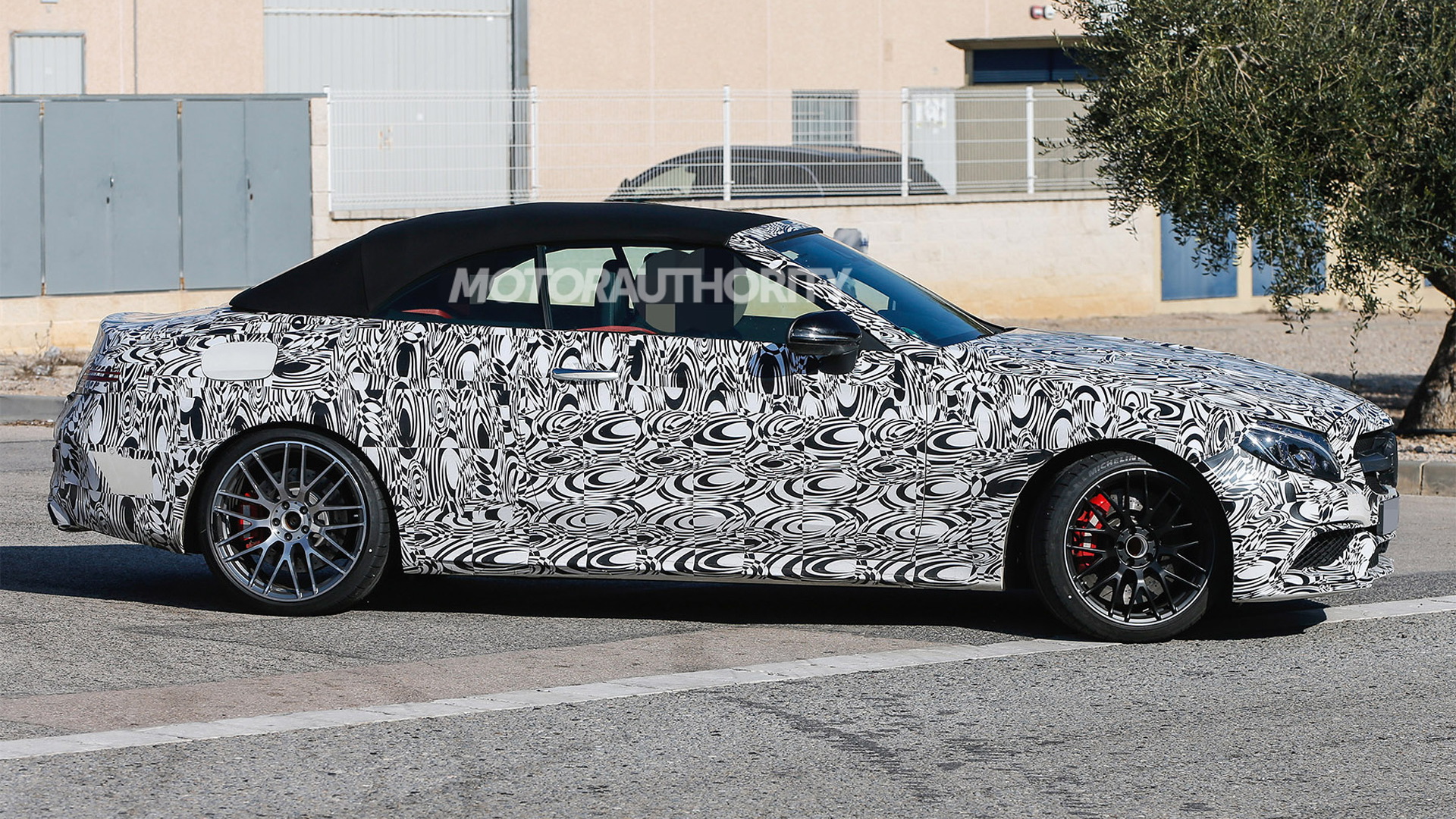 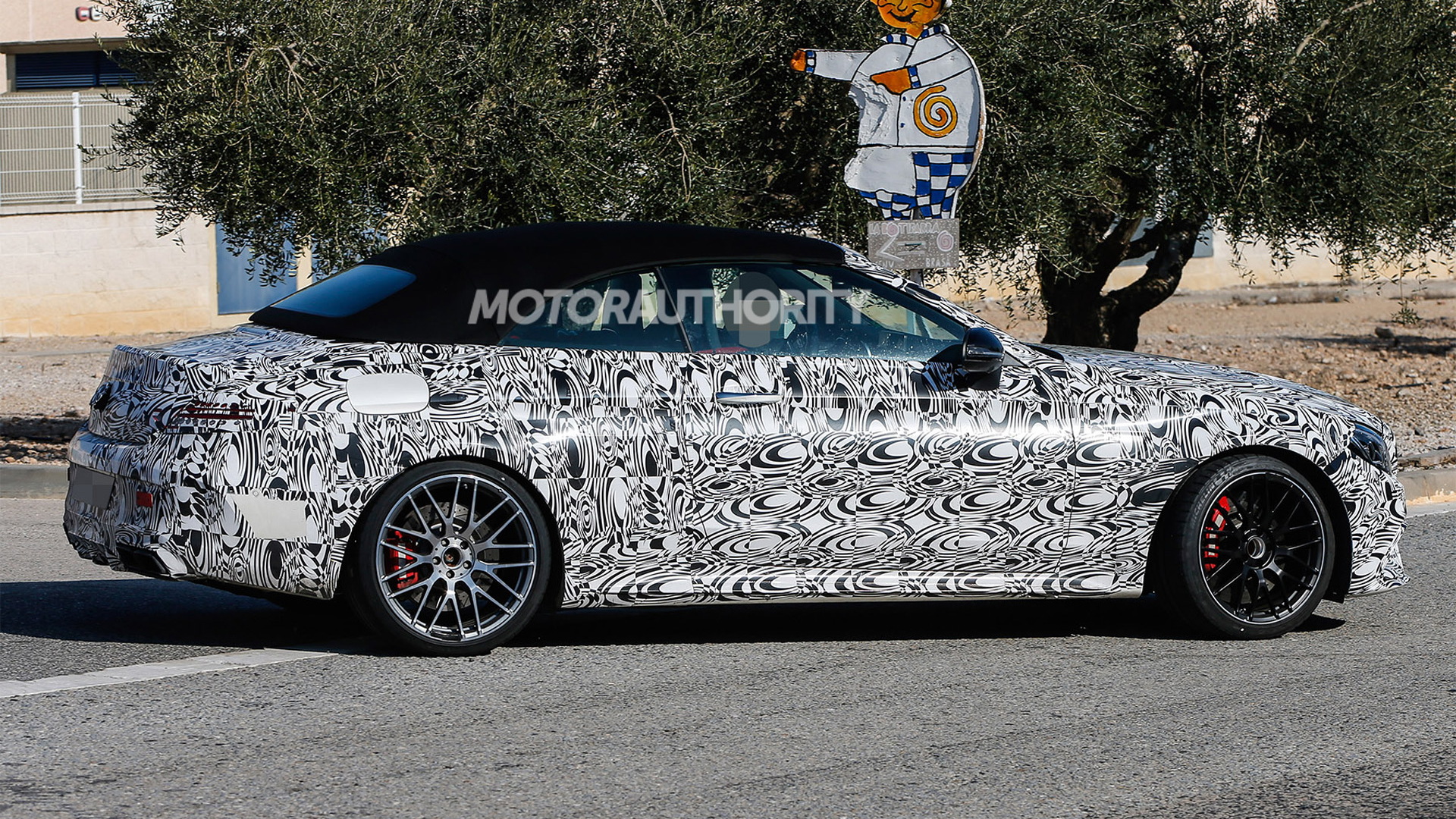 A new Mercedes-Benz C-Class Cabriolet is set to debut this year, and arriving alongside the car will be two performance-oriented versions developed by Mercedes-AMG. One will be the V-6-equipped C43 Cabriolet we spied yesterday and another will be this V-8 powered C63 Cabriolet range-topper.

Comparing the latest spy shots to previous shots of the regular C-Class Cabrio, we can see that the C63 Cabrio will be distinguished by a lower ride height, a slightly wider track, more aggressive bumpers, square-shaped exhaust tips and larger wheels, tires and brakes.

The mechanical setup will be pretty much identical to what you find in the latest C63 Coupe, which goes on sale in the spring. This means a twin-turbocharged 4.0-liter V-8 with 469 horsepower in the base C63 Cabrio and as much as 503 hp for a more potent C63 S Cabrio. Drive will be to the rear wheels only, via a seven-speed automatic transmission, and on the S model there will also be a limited-slip differential.

Because of the extra weight of the C-Class Cabrio brought about by additional reinforcements for the missing roof, we expect acceleration numbers to be slightly off compared to those of the coupe. Look for 0-60 mph times to be in the low 4.0-second bracket. The top speed should be electronically limited to 155 in the base model and 180 mph in the S model.

The debut of the new C-Class Cabrio, including the C43 and C63 variants, should take place soon. The cars are expected on the market as 2017 models.