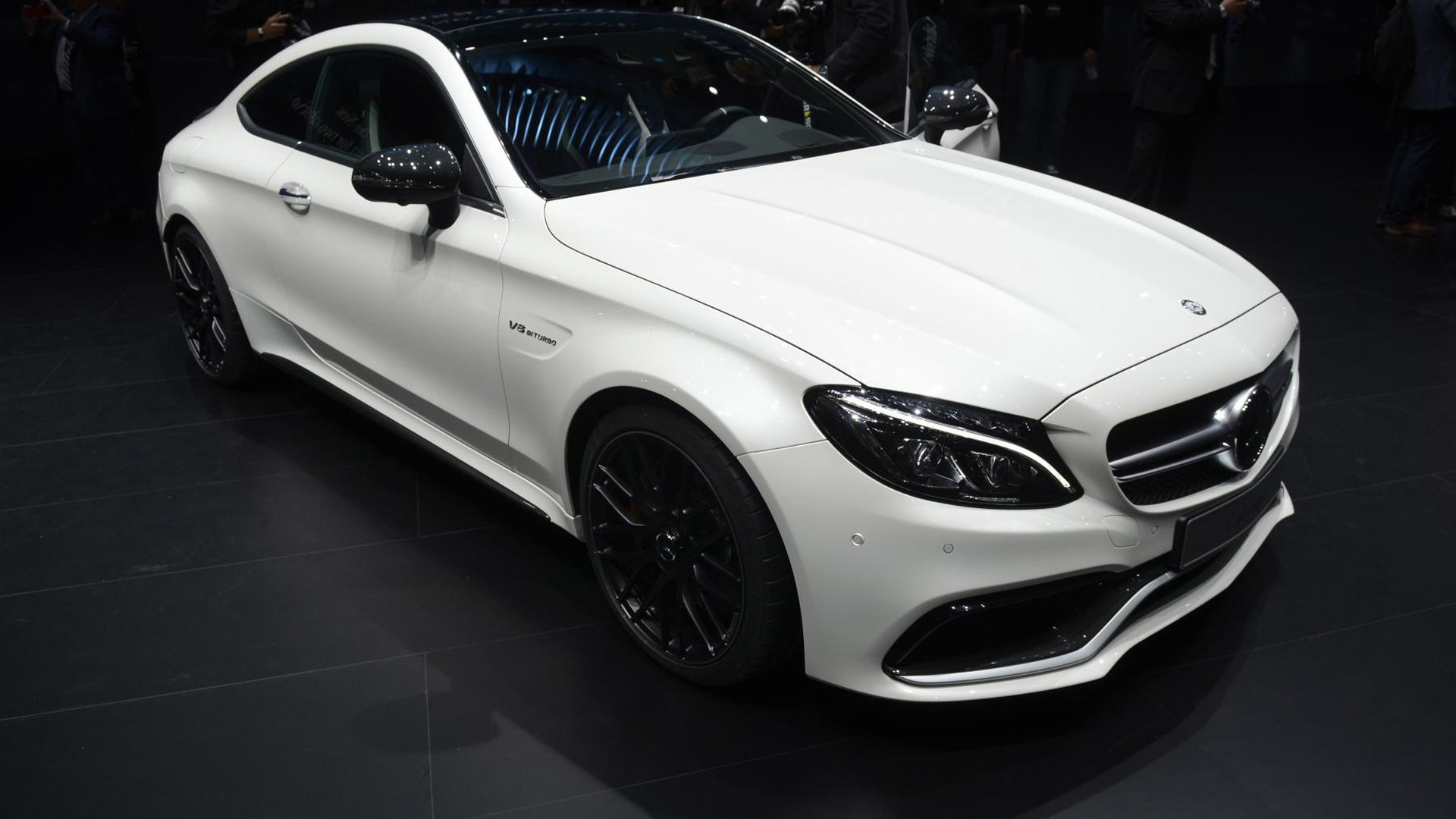 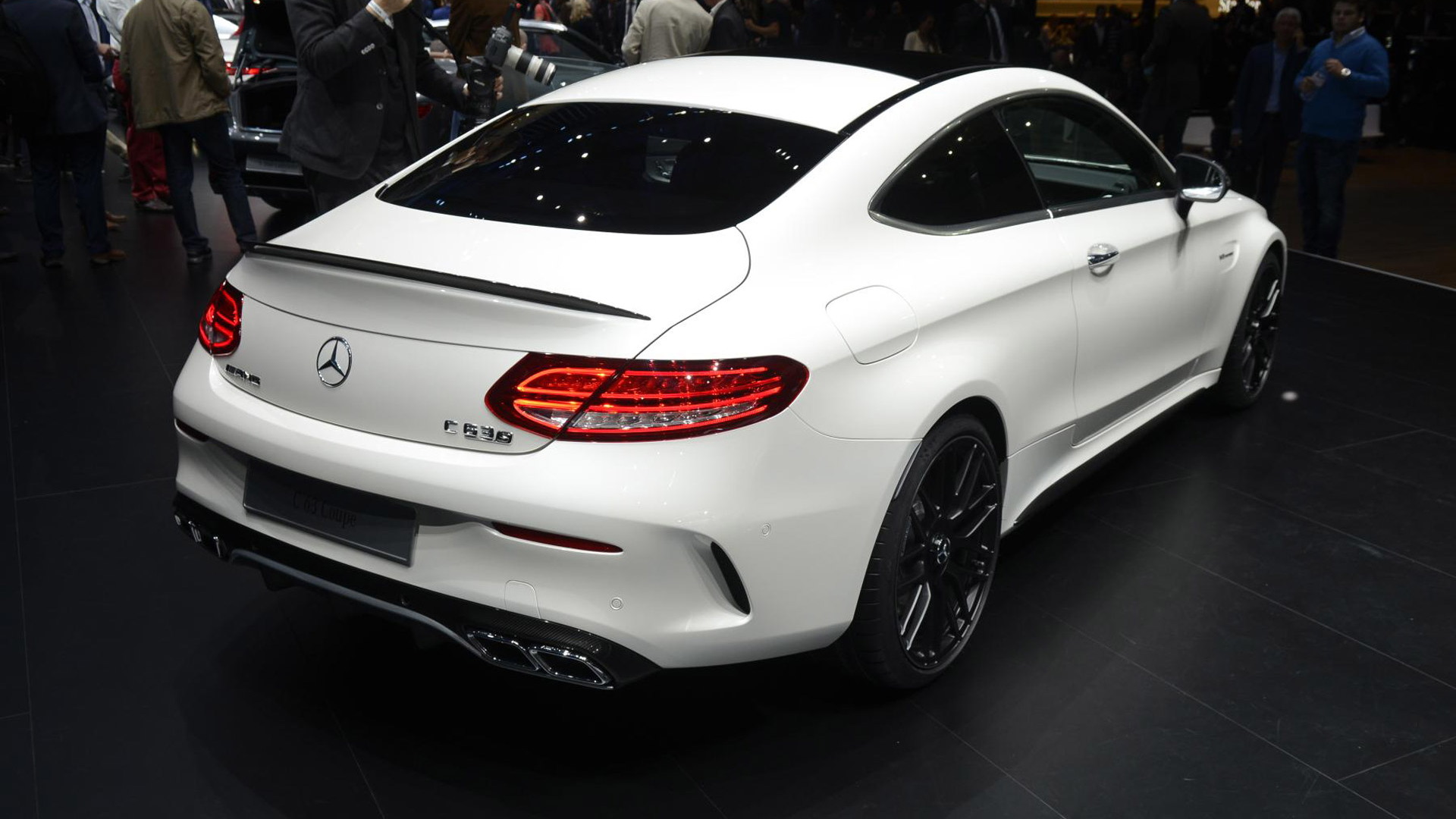 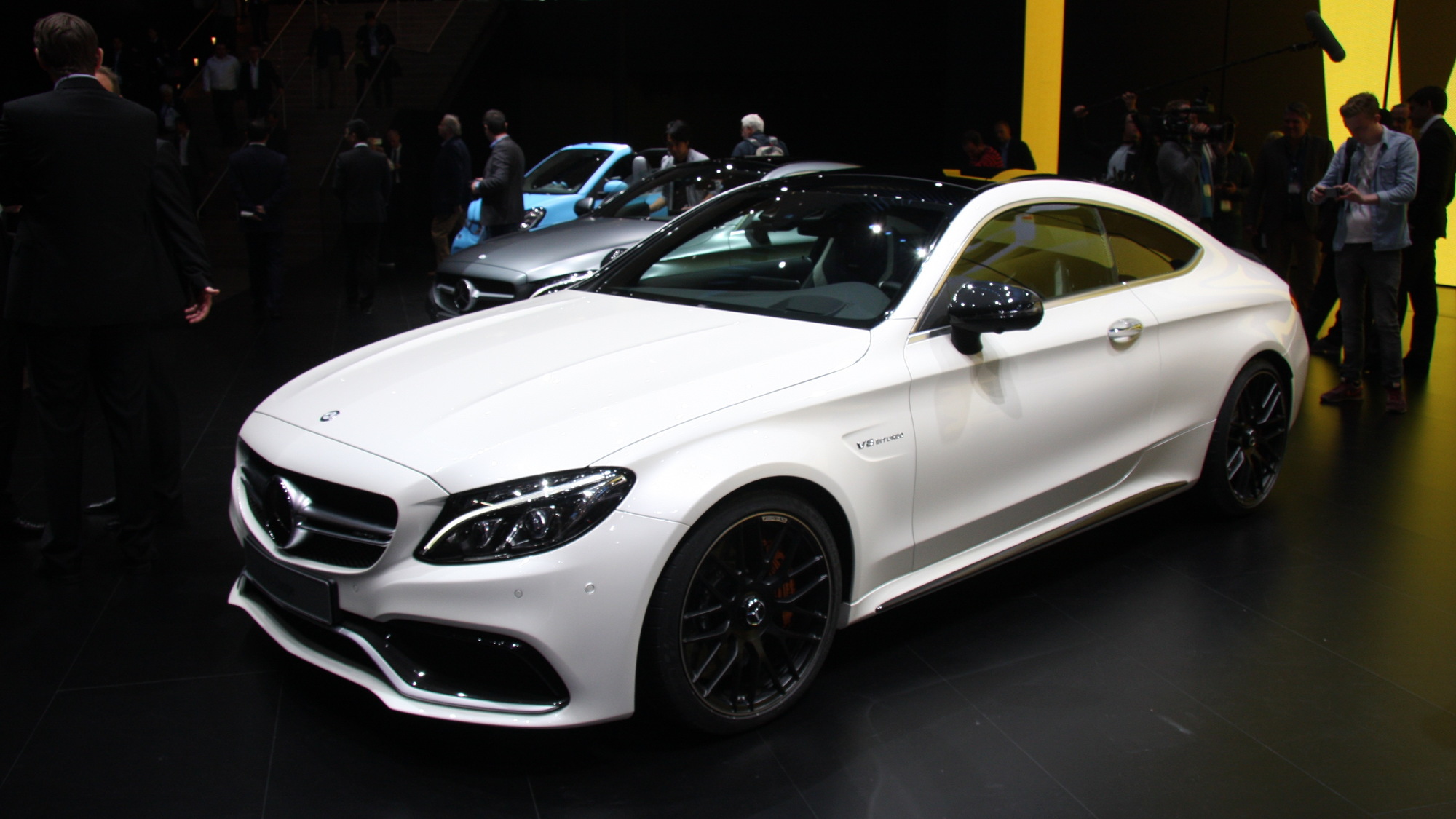 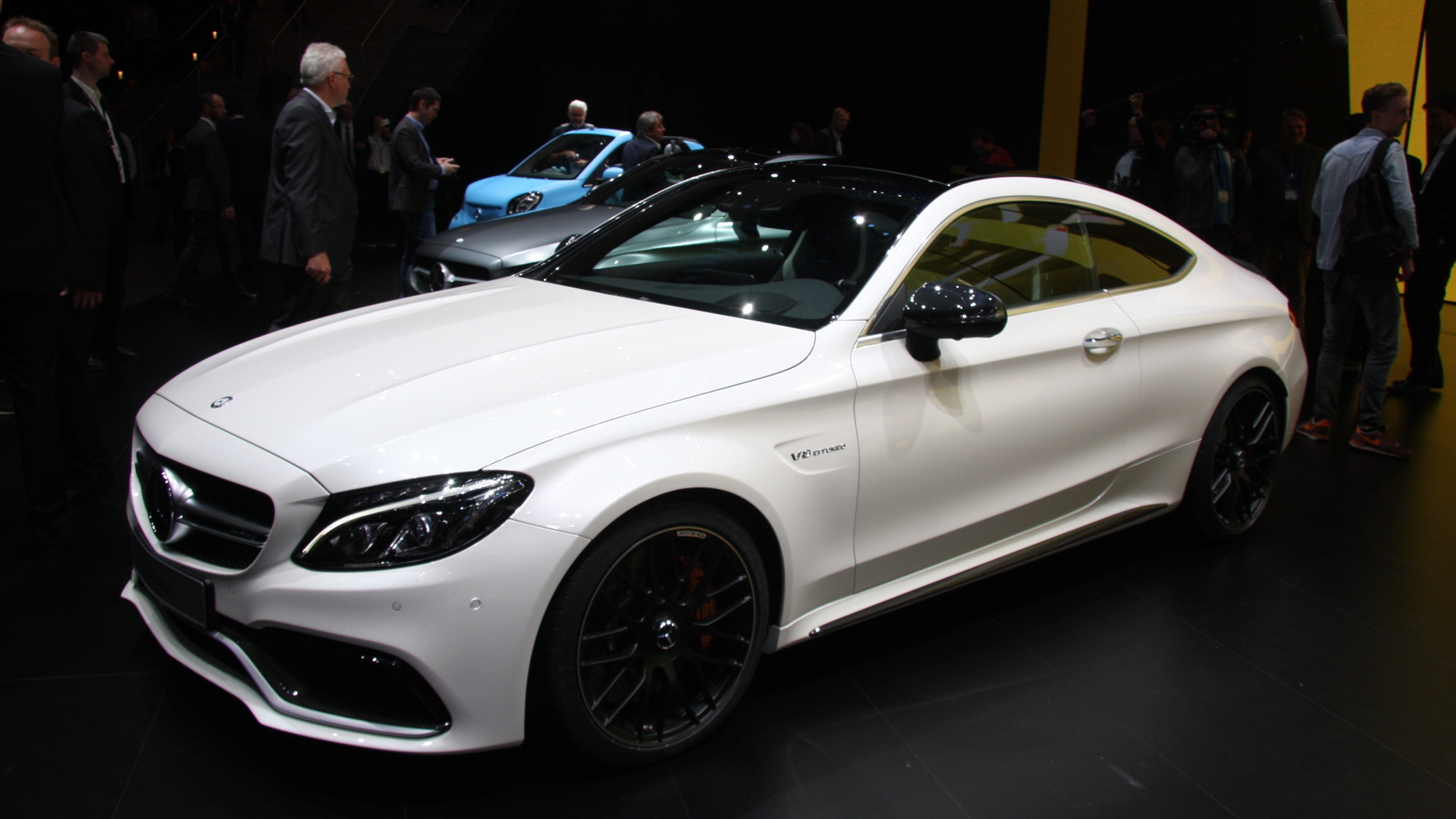 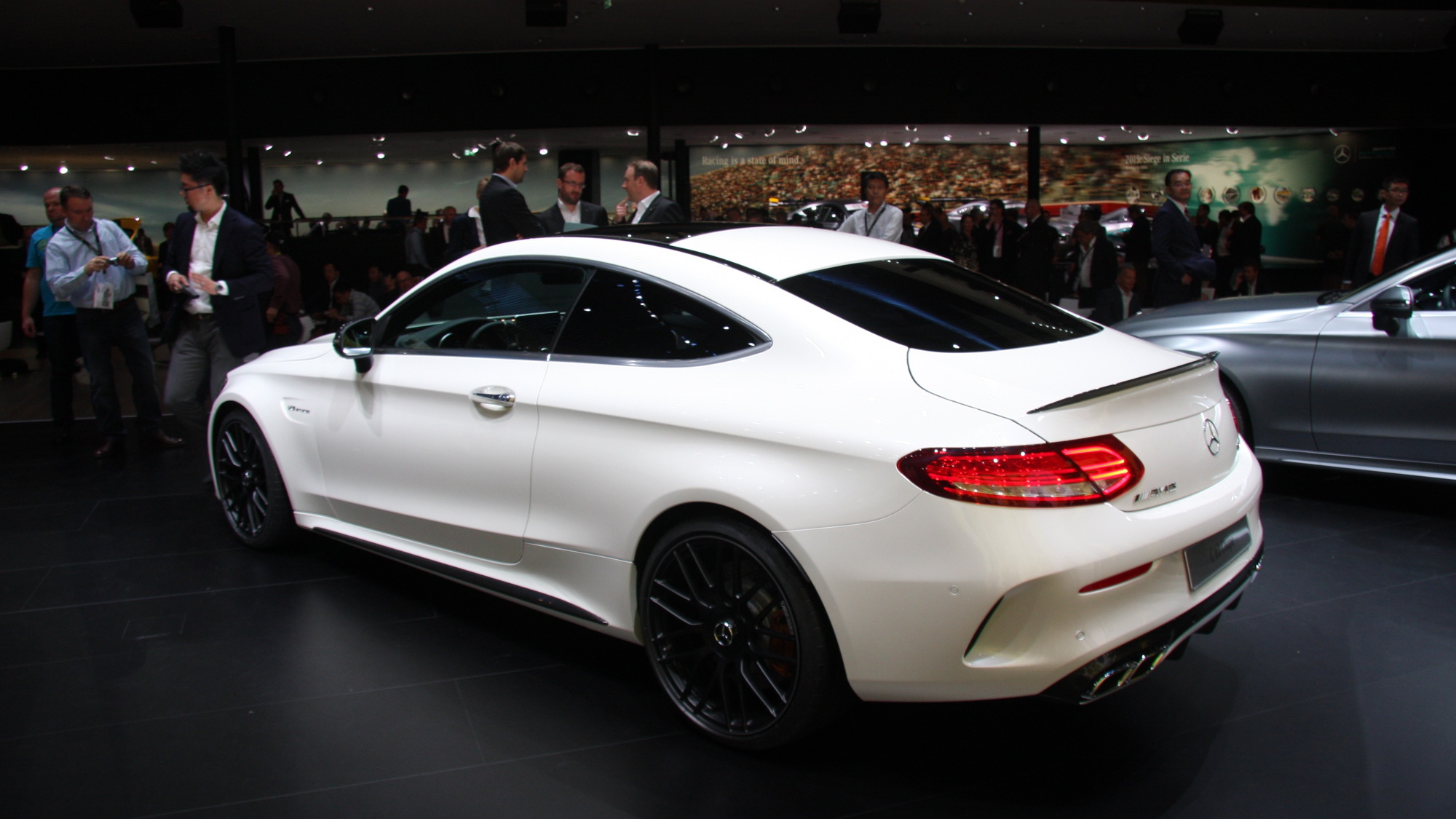 Mercedes-AMG’s new C63 Coupe based on the C-Class Coupe has finally landed, debuting this week at the 2015 Frankfurt Auto Show. As expected, the car looks like a mini version of the stunning S63 Coupe, and we can't wait to take it for a spin.

From its pumped fenders to its carbon fiber attachments to its burly V-8 engine, the C63 Coupe is blessed in every way a performance fan could ever desire. Of course, you won’t be able to truly appreciate the car until you drive it but the specs are tantalizing to say the least.

Peak output from the car’s twin-turbocharged 4.0-liter V-8 comes in at 469 horsepower in the C63 Coupe and 503 hp for the more potent S model. Drive is to the rear wheels only, via a seven-speed automatic transmission, and on the S model there’s also a limited-slip differential.

Mercedes says the car will sprint to 60 mph from rest in just 3.9 seconds in base trim, and 3.8 for the S. Both of those numbers are slightly quicker than the C63 sedan because of the coupe's wider tires and shorter gear ratios. Top speeds are electronically limited to 155 and 180 mph, respectively.

Now that the new C63 Coupe, as well as the regular C-Class Coupe, has been revealed, we can look forward to the showroom appearance in the spring of 2016.