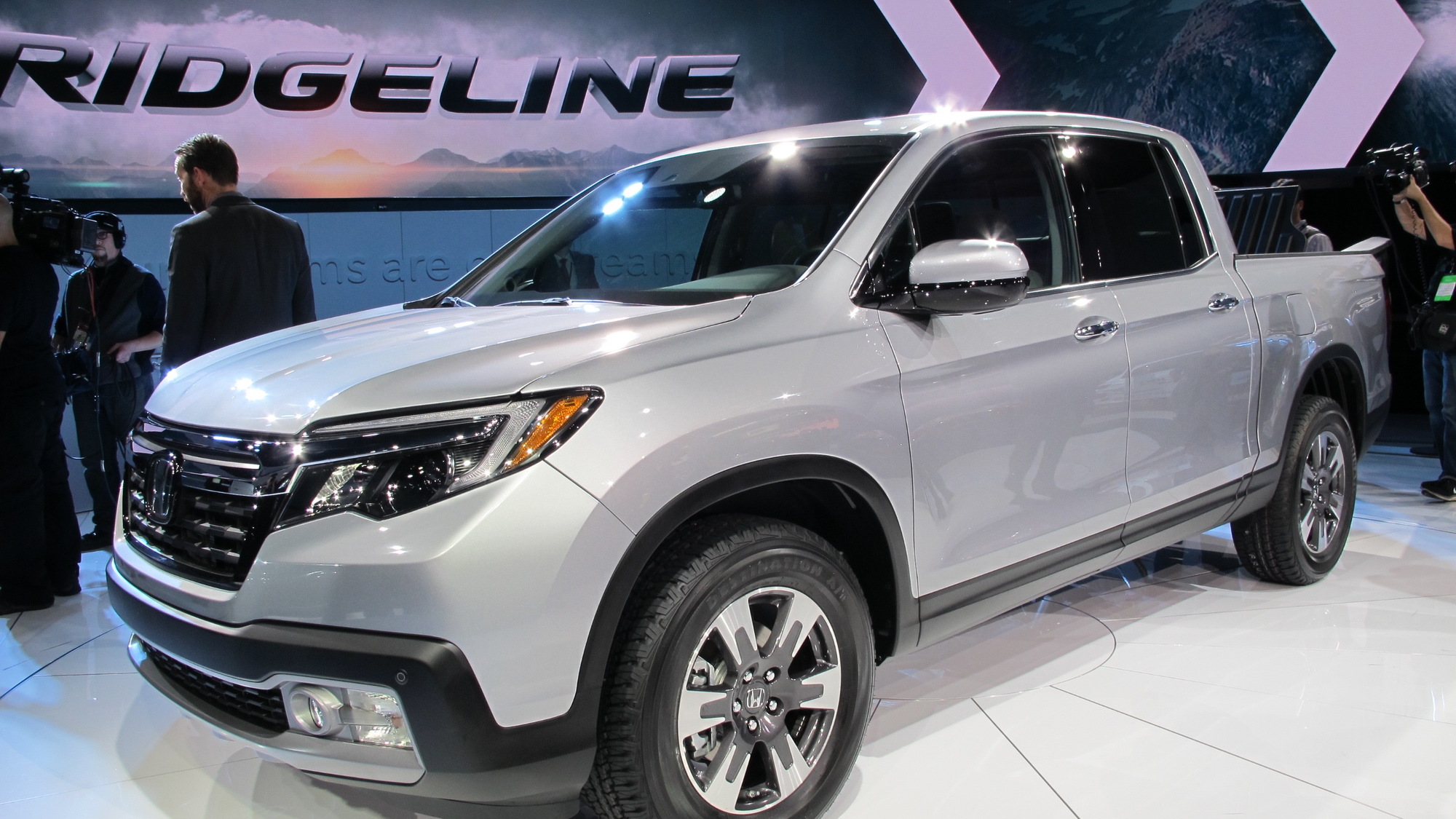 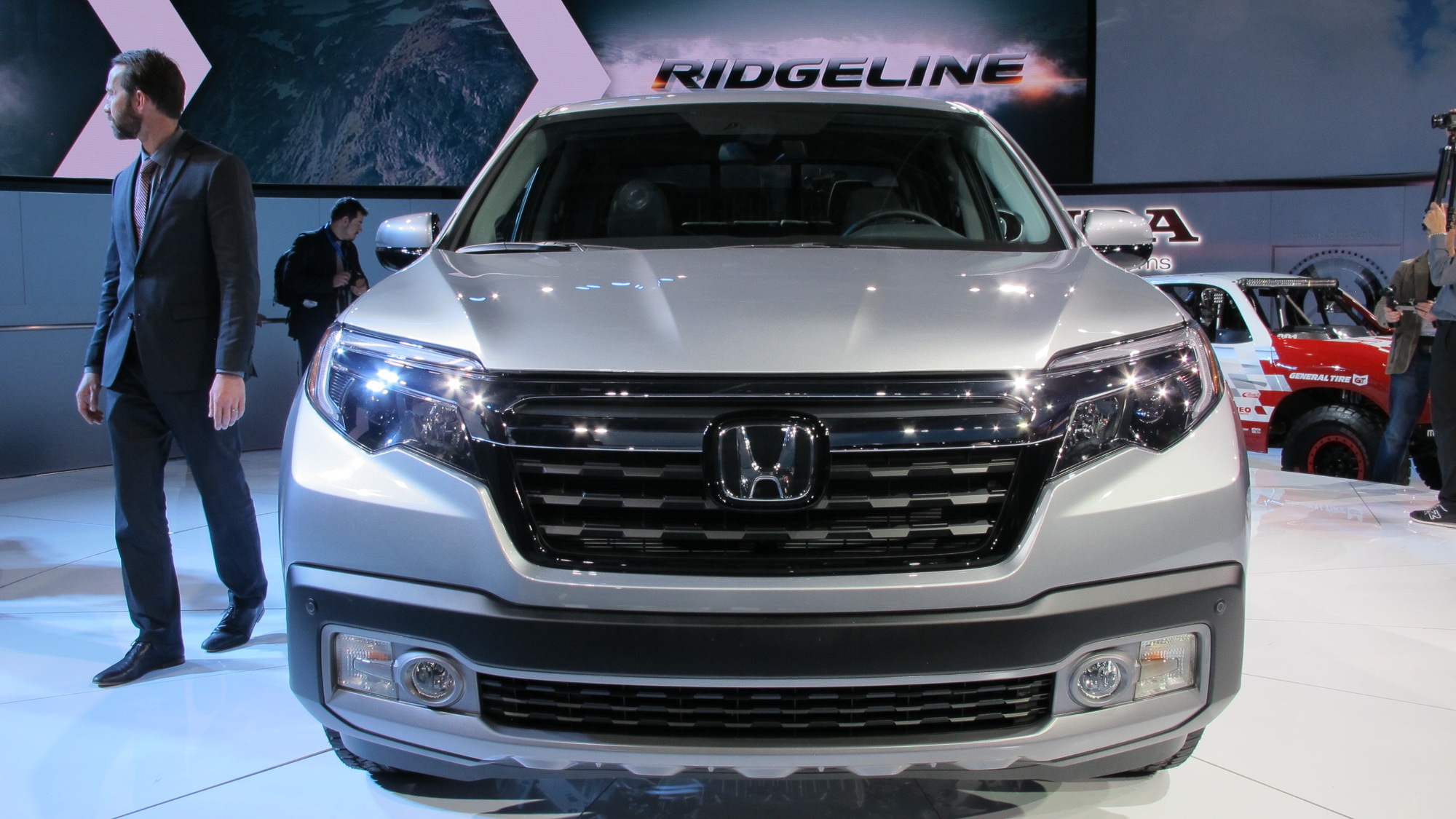 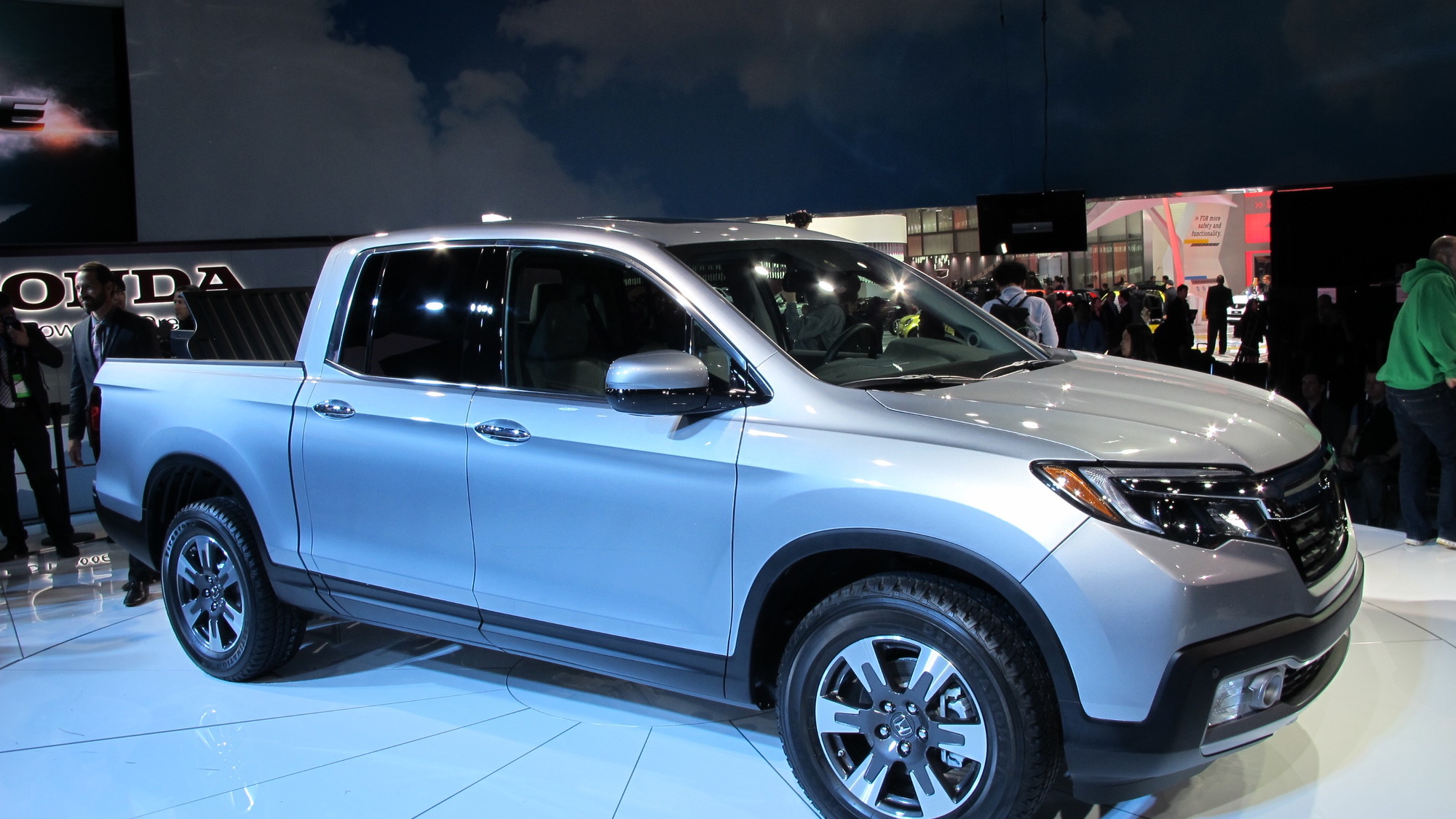 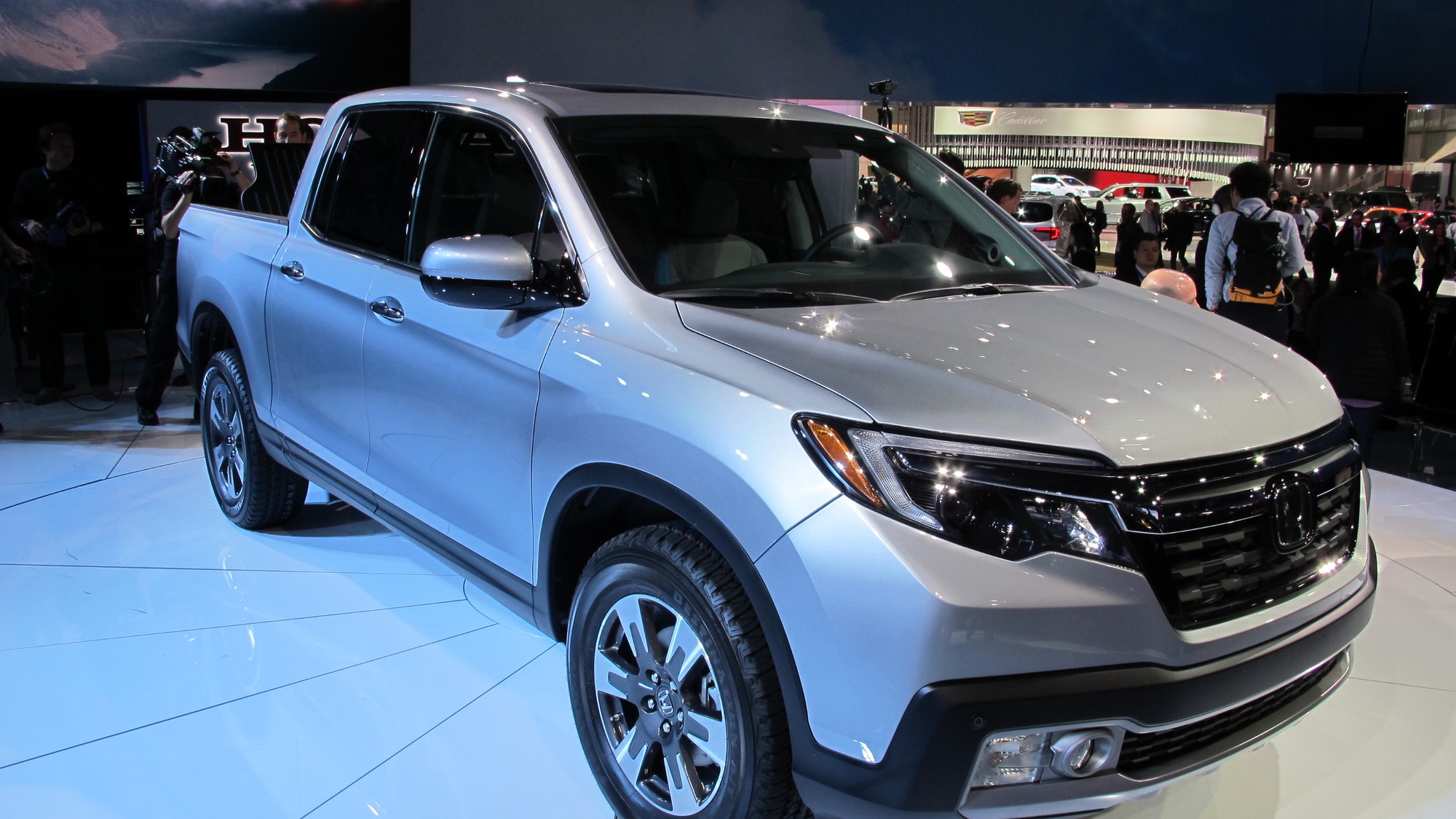 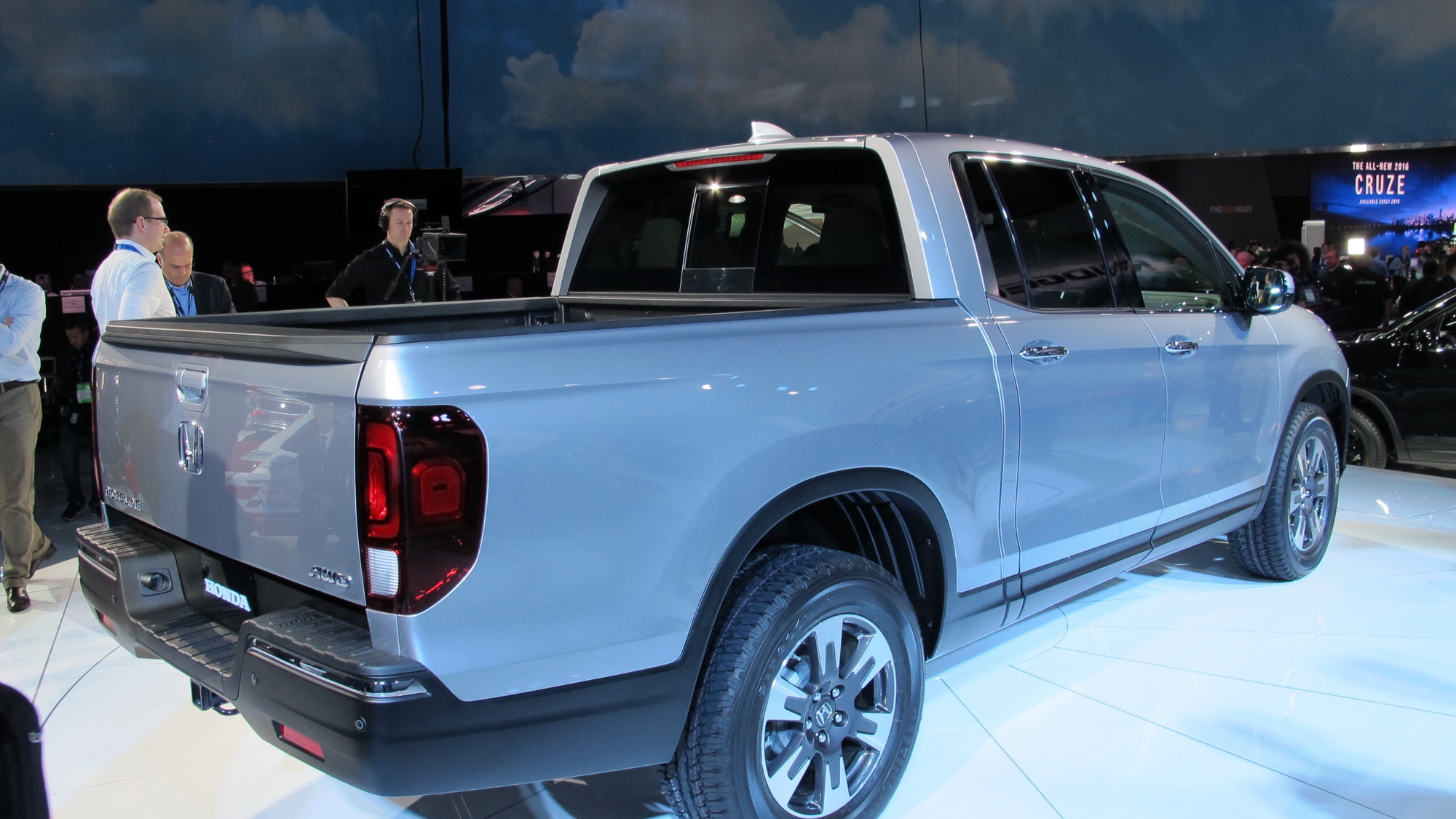 Though Honda ended production of the original Ridgeline in 2014 without naming a successor, the automaker had no intention of killing off its mid-size pickup truck nameplate. It was only on a little break.

Now the Ridgeline is back, and it’s on show this week at the 2016 Detroit Auto Show. The all-new model is set to reach showrooms later in the year, as a 2017 model, bringing with it a fresh new look as well as technology that makes it ideal as either a lifestyle product or a workhorse.

The 2017 Ridgeline sports a similar profile to the original, albeit with the heavily buttressed elements surrounding the tray absent. Also remaining is car-like unibody construction (the platform is related to the one in the latest Pilot), which this time is paired with some pretty sophisticated—for the segment—chassis technology.

Front-wheel drive has been made standard while all-wheel drive is available. The latter features torque vectoring and a terrain management system with settings for sand, snow and mud, ensuring that the vehicle still offers some off-road capability. Speaking of off-capability, Honda has a dedicated racing version of the Ridgeline that competed in the unlimited class of the 2015 Baja 1000 desert race. 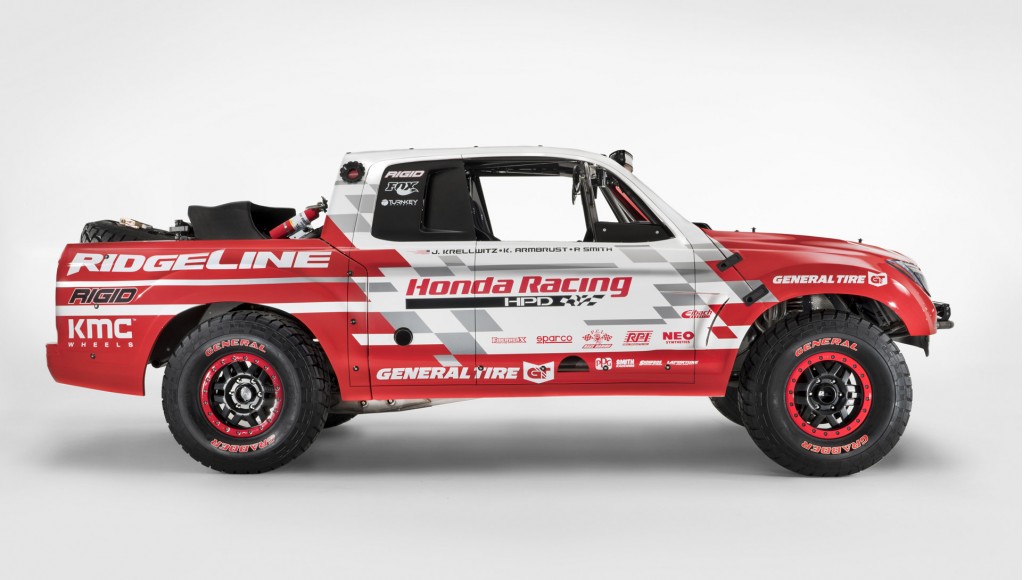 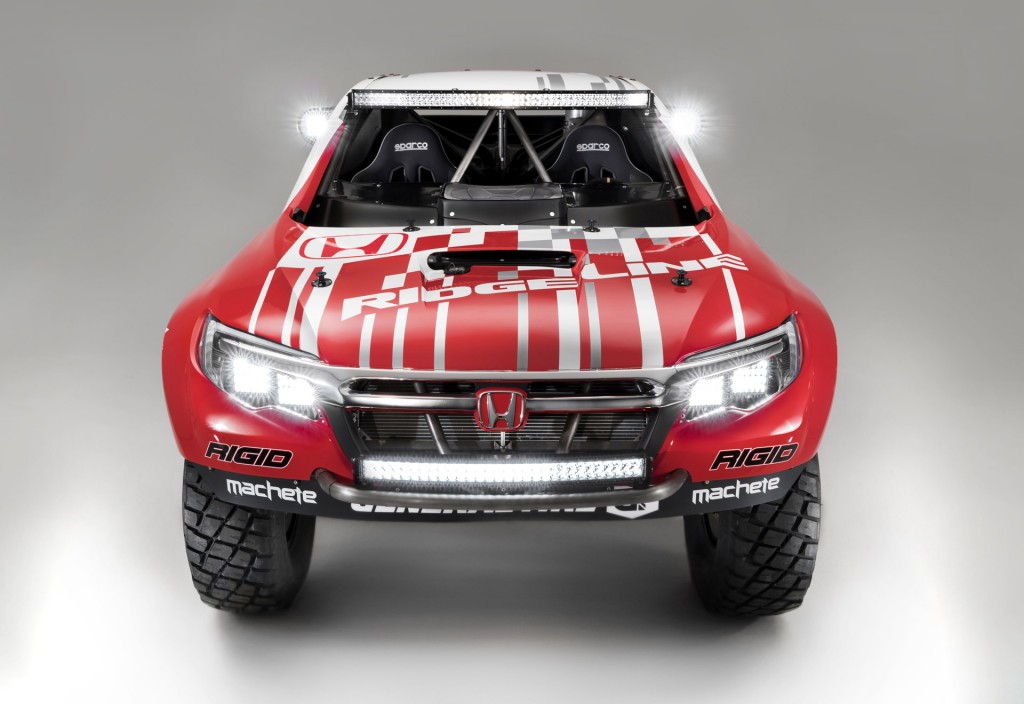 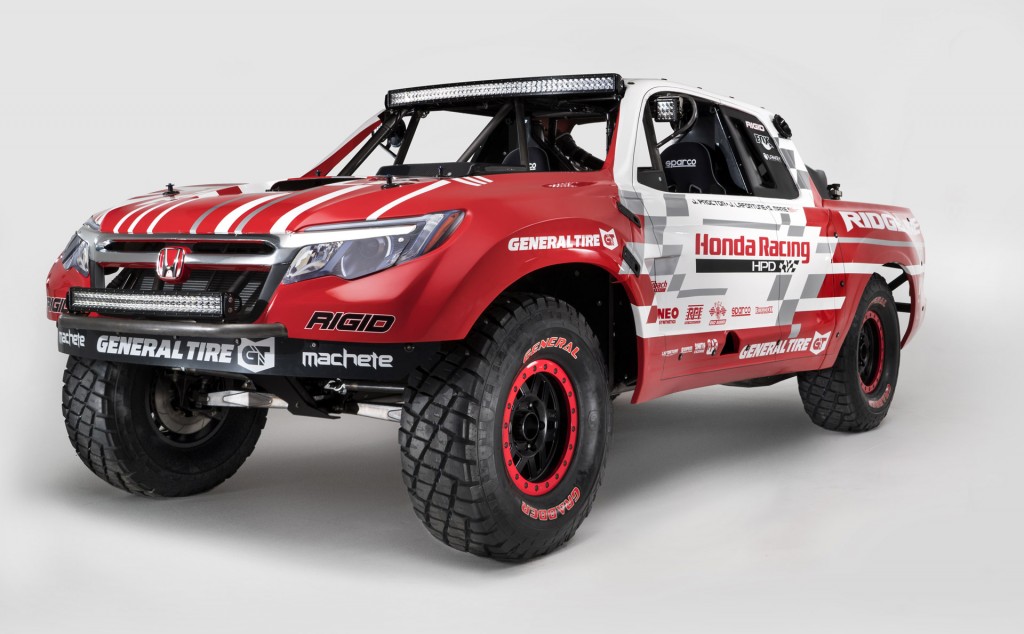 Power in the 2017 Ridgeline comes from a 3.5-liter V-6 which is mated to a six-speed automatic transmission. Performance numbers haven’t been released but Honda says it is targeting “best-in-class” acceleration and fuel economy.

In the cabin, you’ll find modern touches such as tri-zone climate control, push button start, an 8.0-inch touchscreen display and Apple CarPlay and Android Auto smartphone integration. Out back, the bed measures in at 5 feet four inches in length and 5 ft in width. The payload is 1,600 pounds. As a novelty, Honda has also installed an in-bed audio system with six speakers placed in the bed walls.

Now that the 2017 Ridgeline has made its debut, its next stop is Super Bowl 50 where it will feature in Honda’s 60-second spot scheduled for the third quarter.