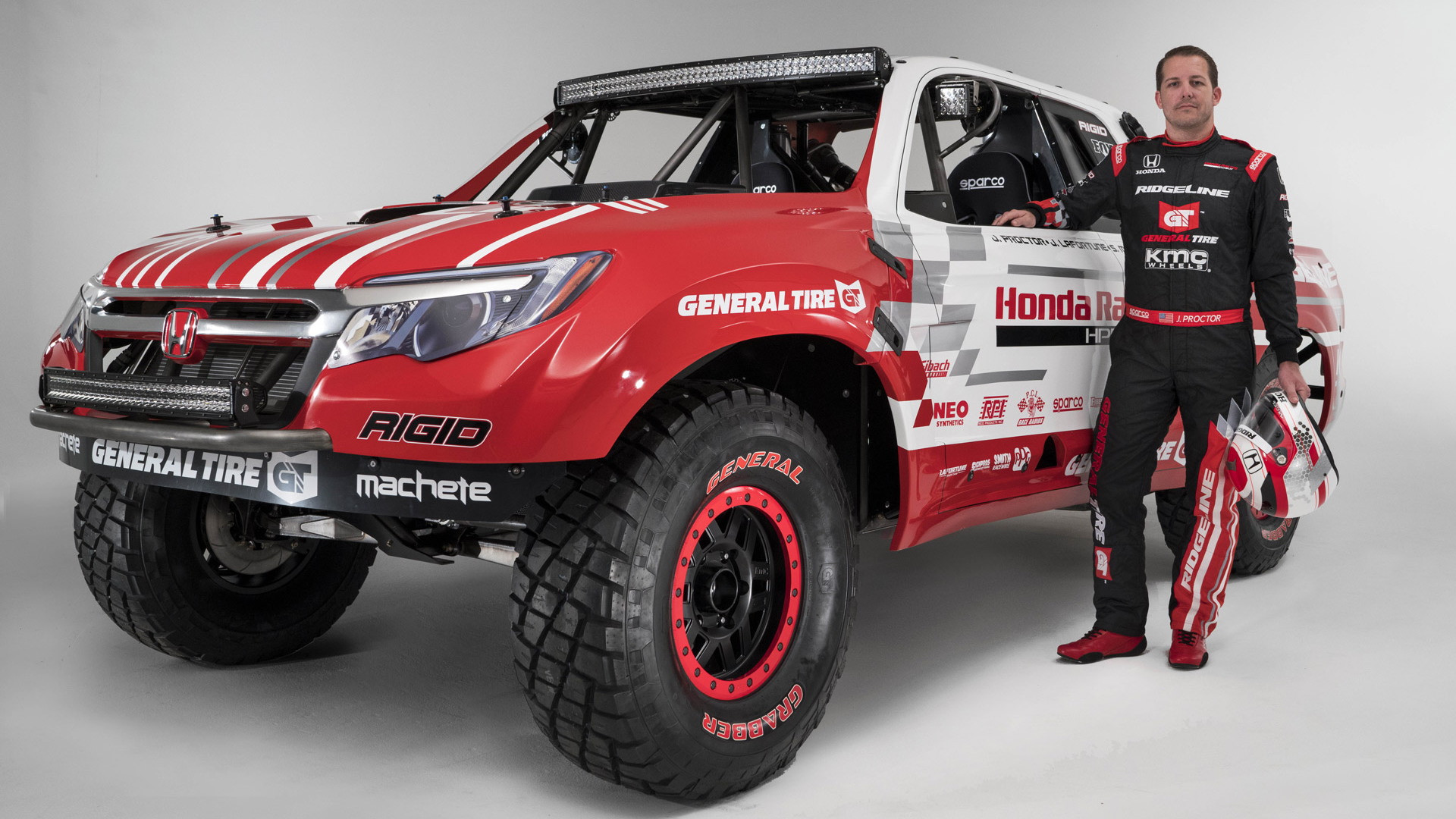 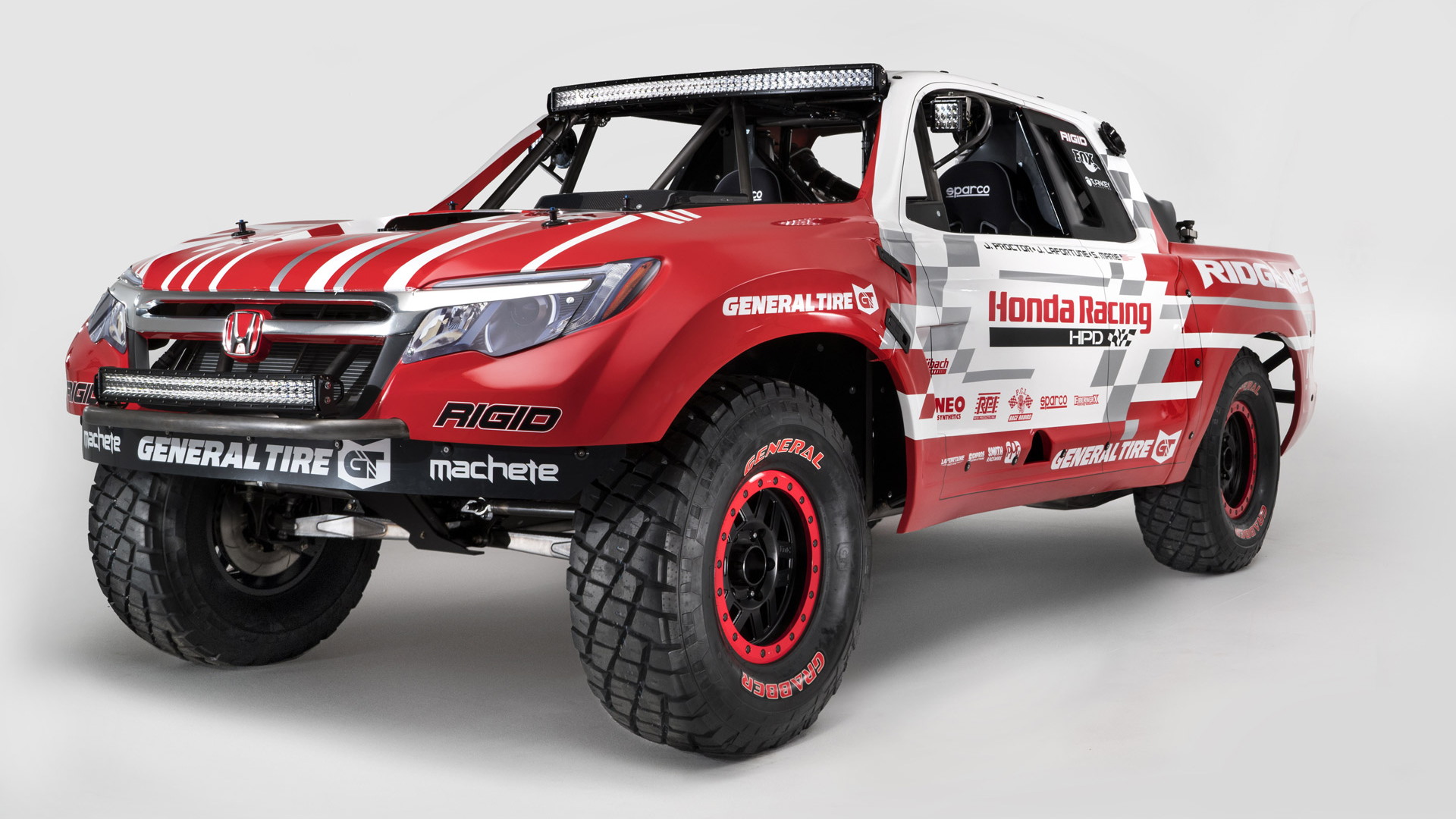 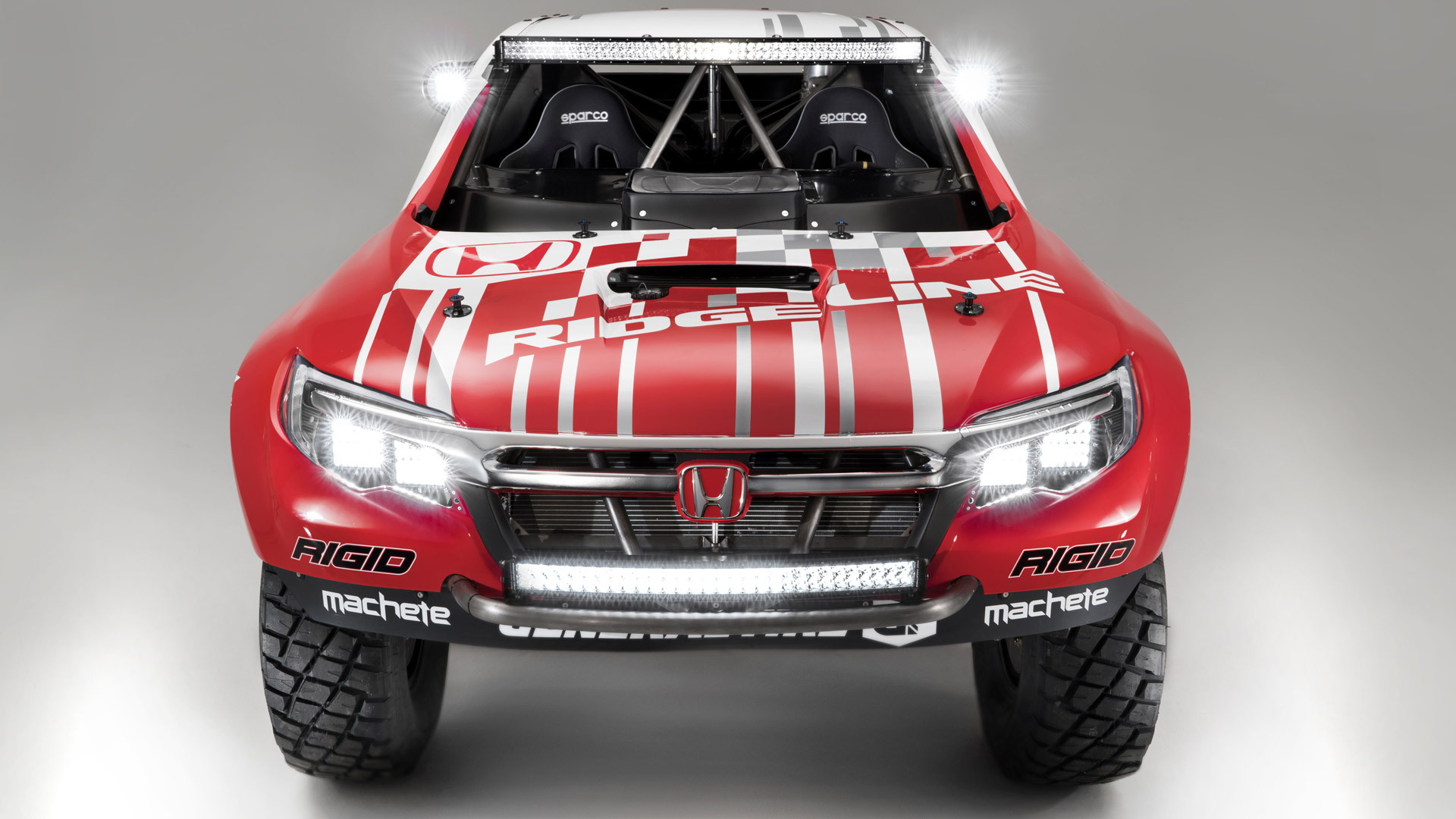 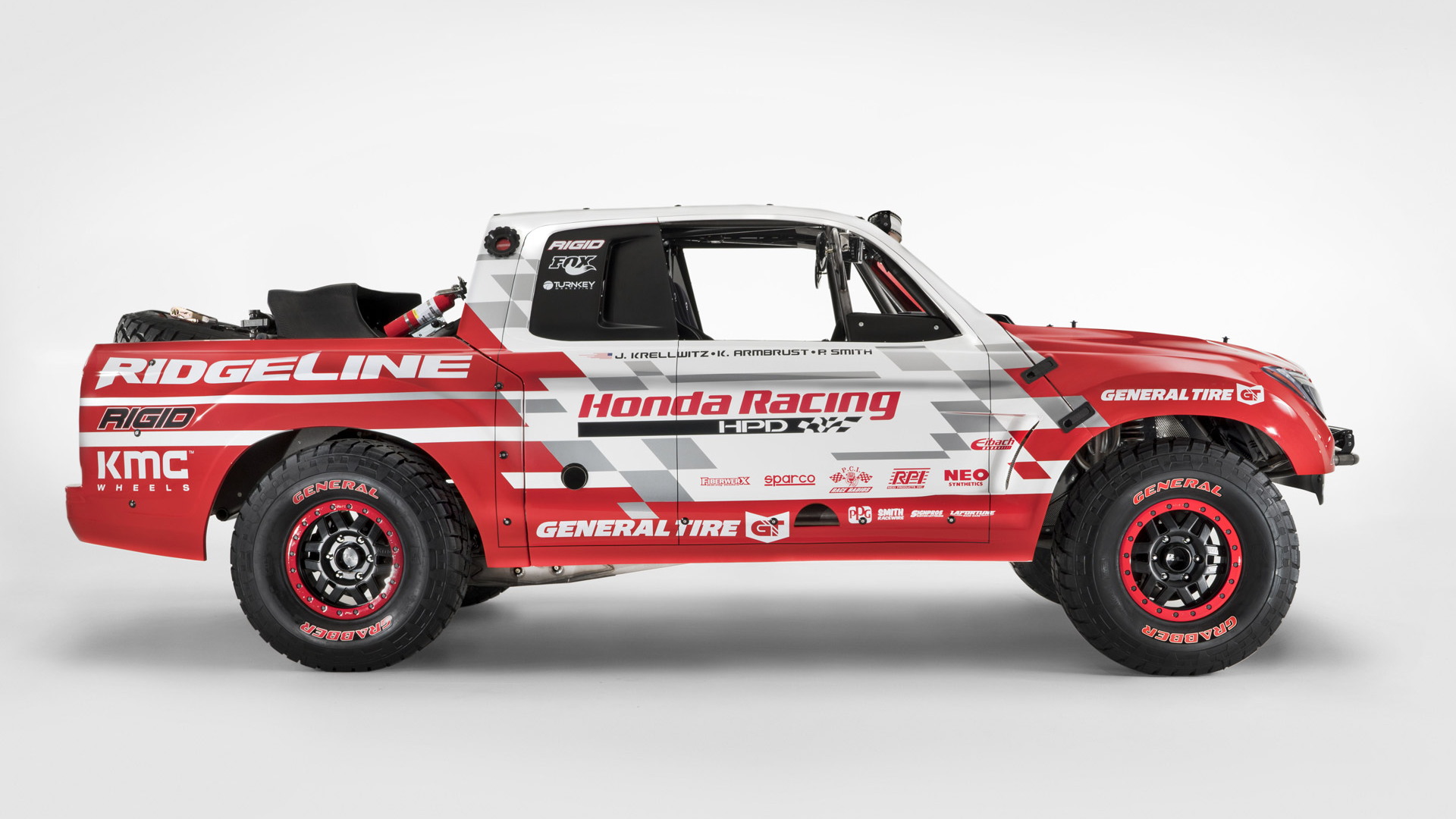 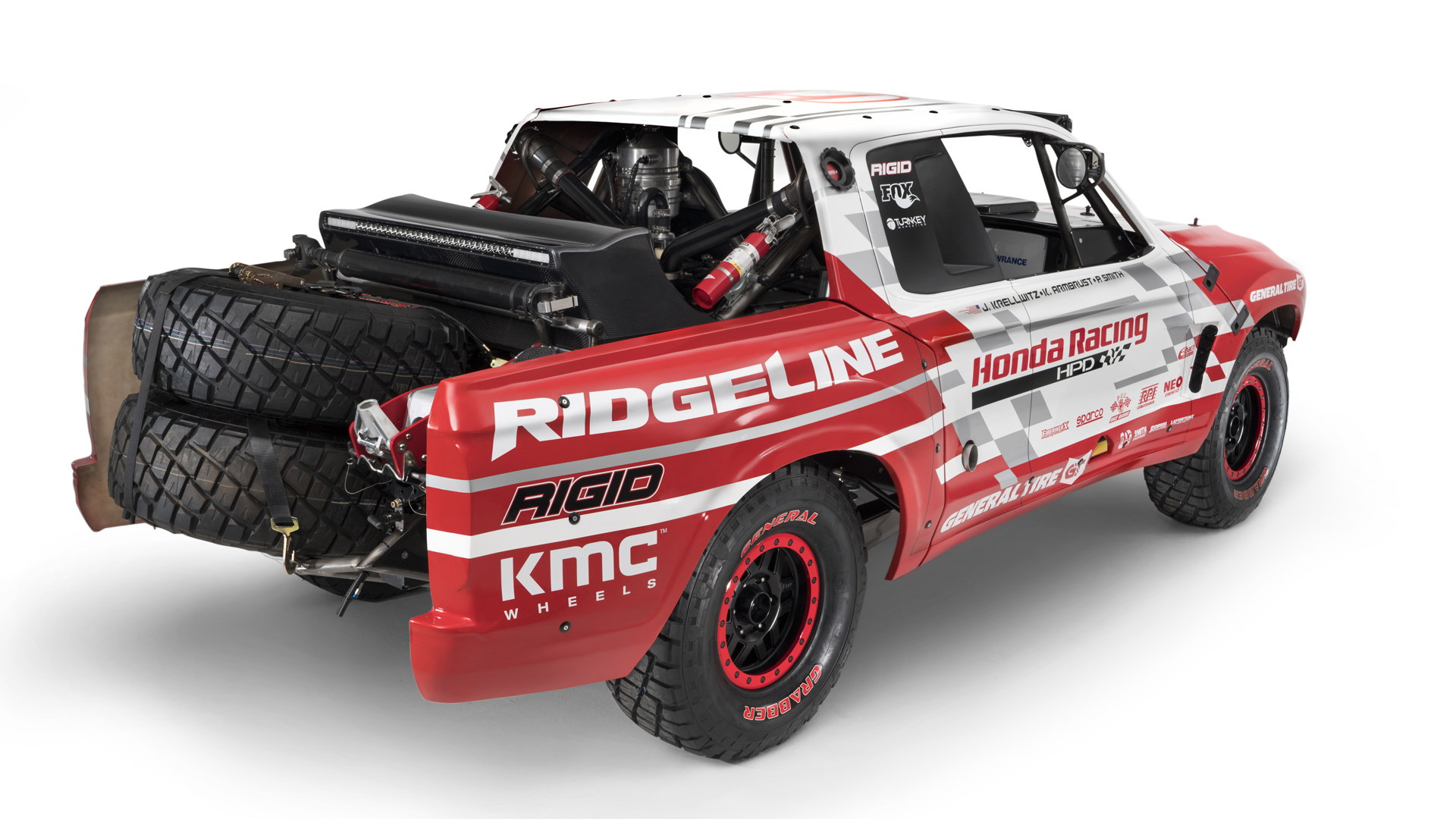 The Honda Ridgeline hasn’t been on sale since the 2014 model year but a new generation is being readied for 2017, and we’re seeing it for the first time at the SEMA show currently taking place in Las Vegas. Honda isn’t ready to show the production version just yet. Instead, we’re being teased with the design of the new Ridgeline via a race-prepped version dubbed the Ridgeline Desert Race Truck.

The Ridgeline Desert Race Truck marks the automaker’s return to Honda Performance Development (HPD)-powered factory off-road racing on four wheels. The automaker has previously confirmed that it will compete in the unlimited off-road category of the 2015 Baja 1000 desert race this November, using this purpose-built racing machine.

Honda’s Baja entry will be powered by a twin-turbocharged 3.5-liter V-6 engine and feature an Albins ST6 sequential transmission, Fox racing shocks, and rugged General Grabber tires. Peak output is said to be upwards of 550 horsepower.

As for the 2017 Ridgeline, it has been confirmed for sale in the first half of 2016. We were first shown a teaser image for the vehicle at the 2015 Chicago Auto Show in February and now we have a better look.

We know the mid-size pickup truck will share underpinnings with the recently revealed Pilot, along with the SUV’s 3.5-liter V-6. A four-door crew cab body, split tailgate and four-wheel drive are all expected as well.

Sharing Honda’s stand at SEMA is the all-new Civic Sedan as well as the recently updated CR-Z hybrid hatch. For more of our coverage, head to our dedicated hub.