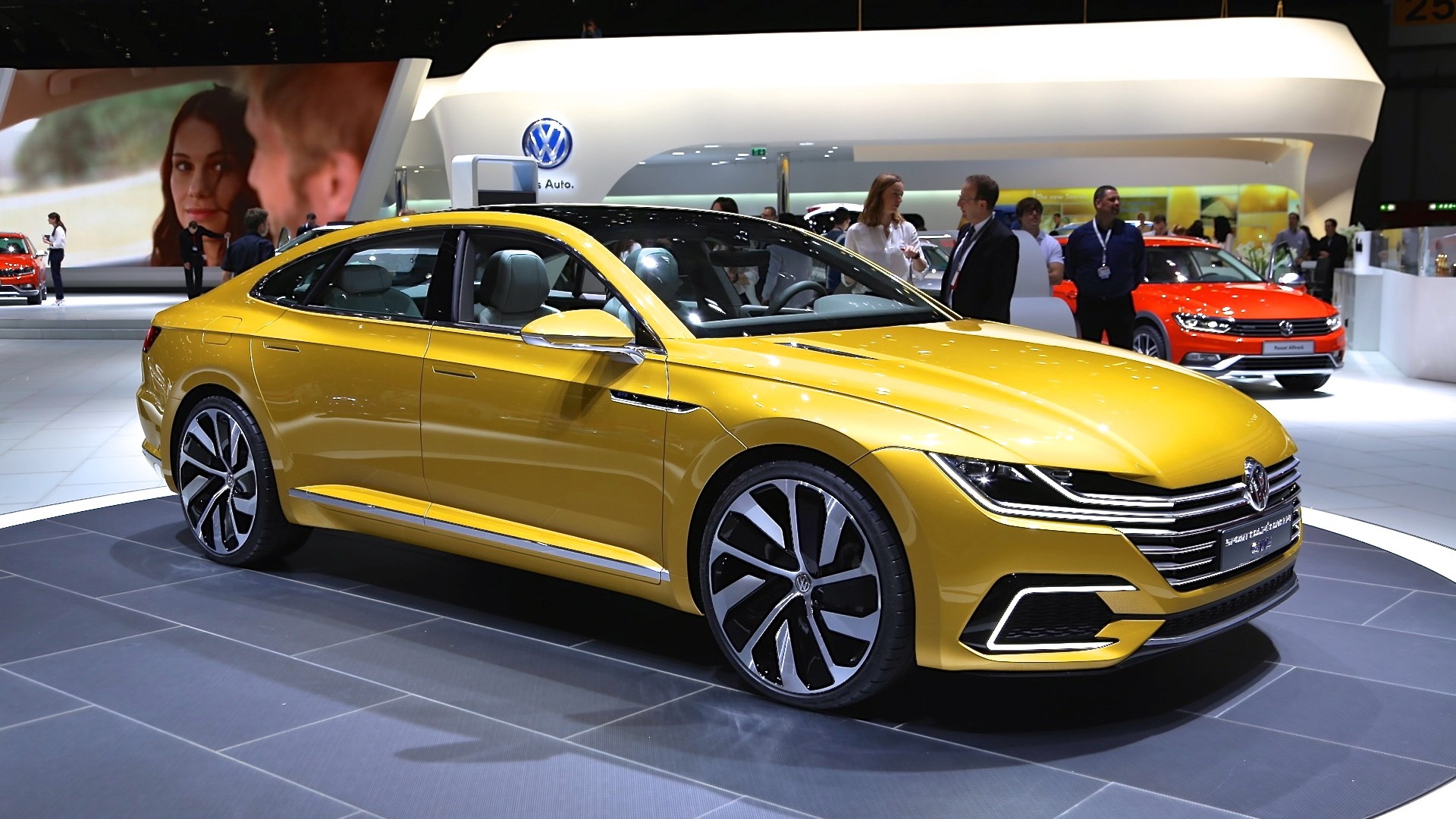 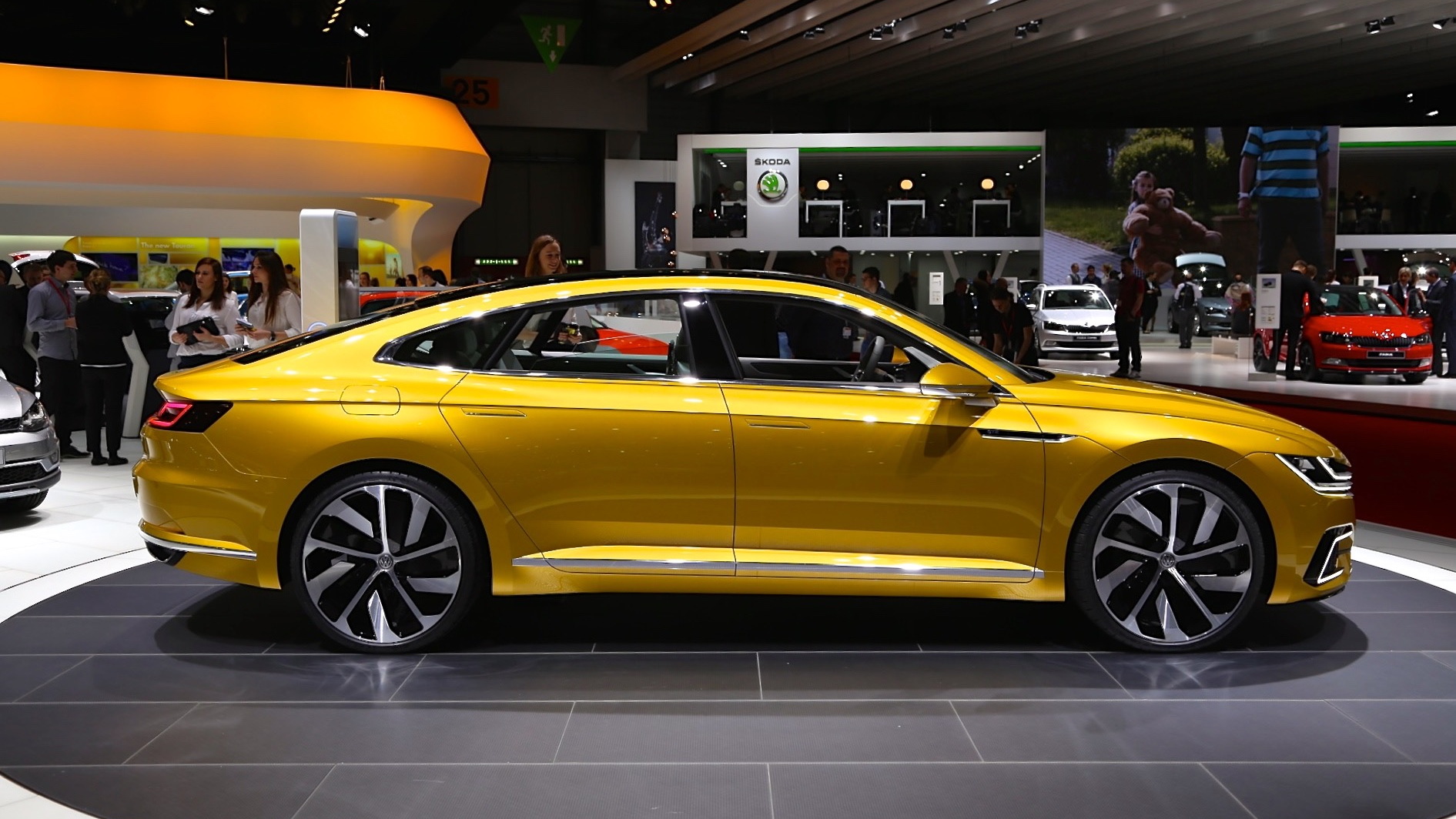 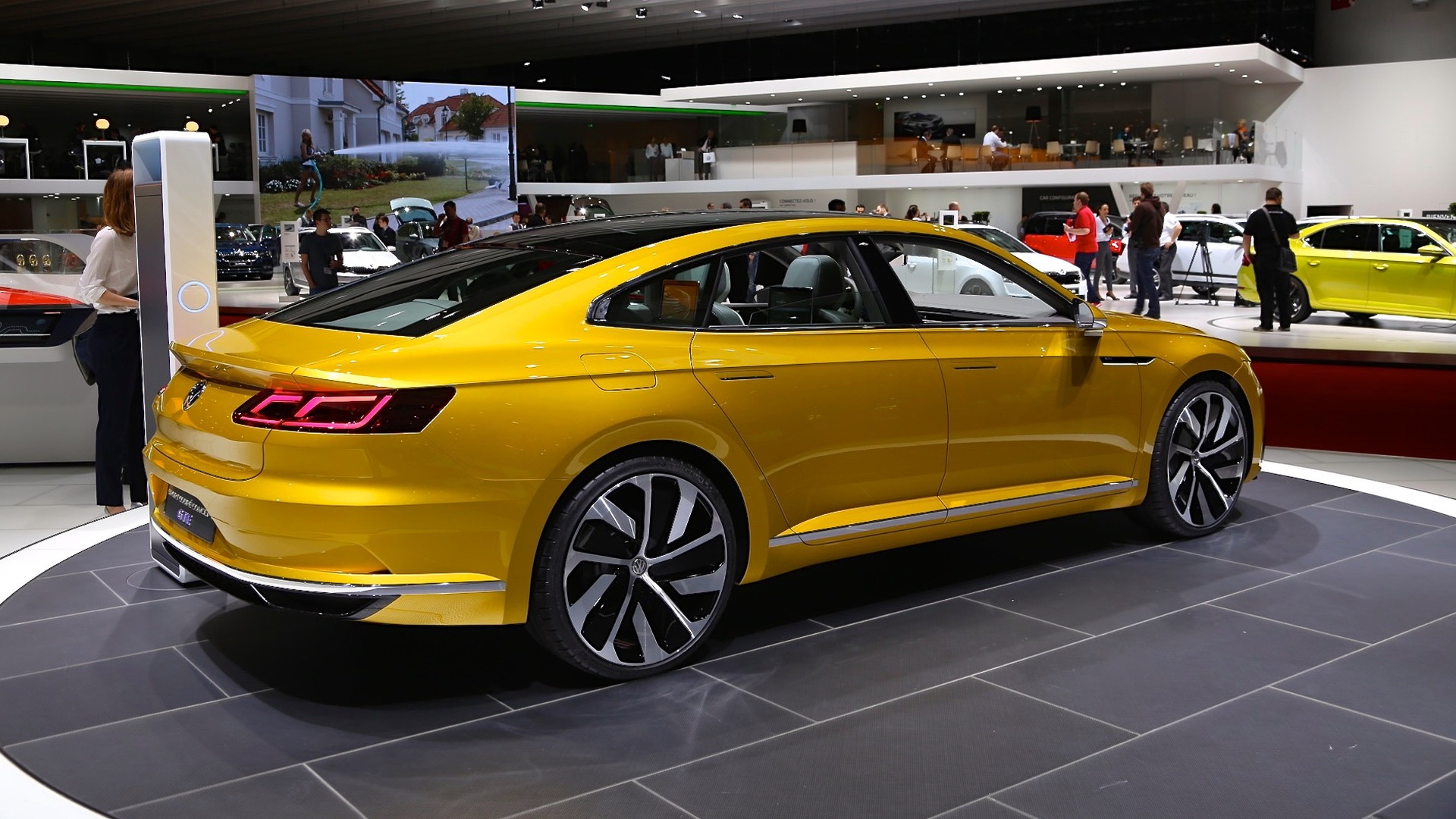 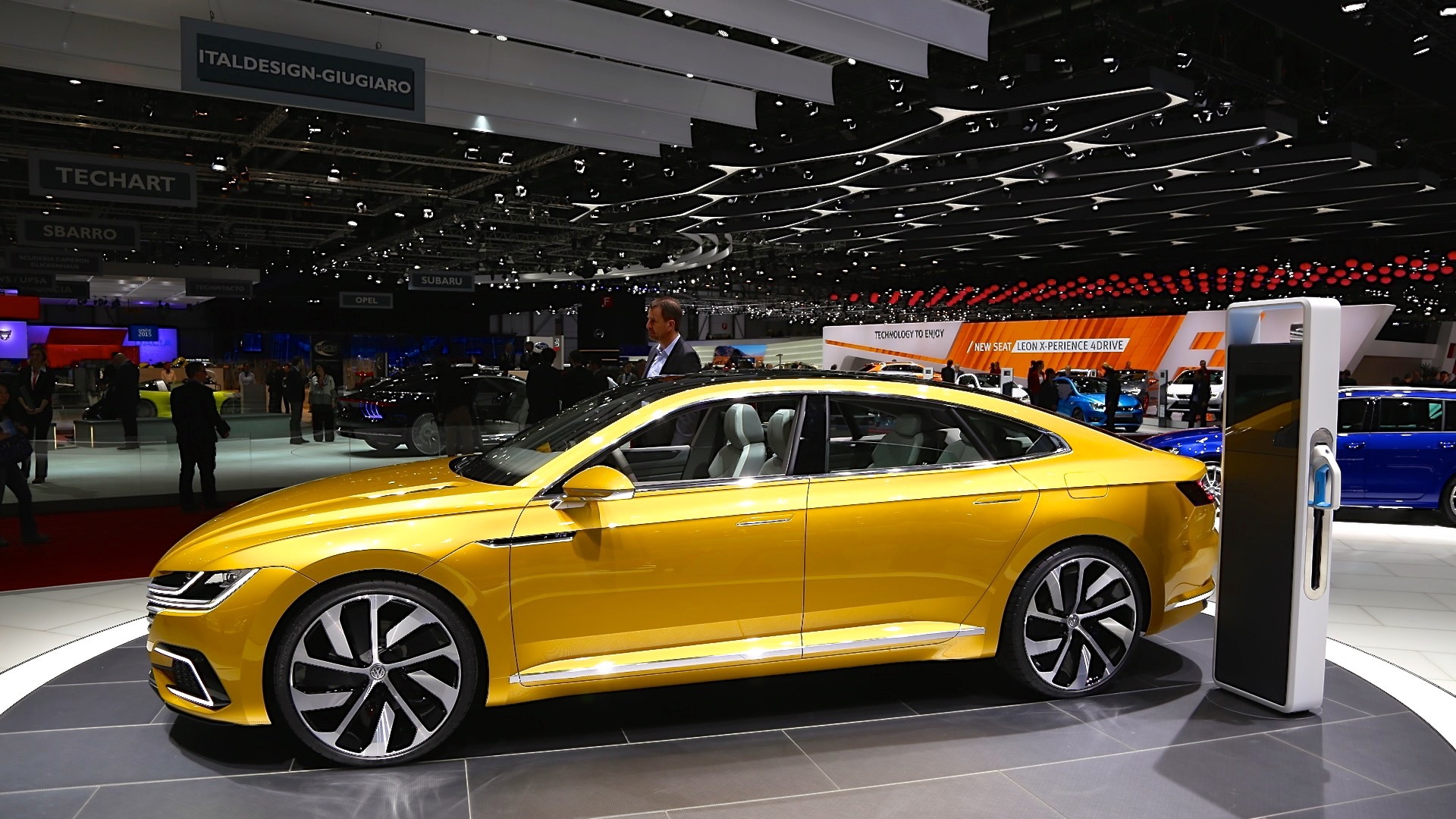 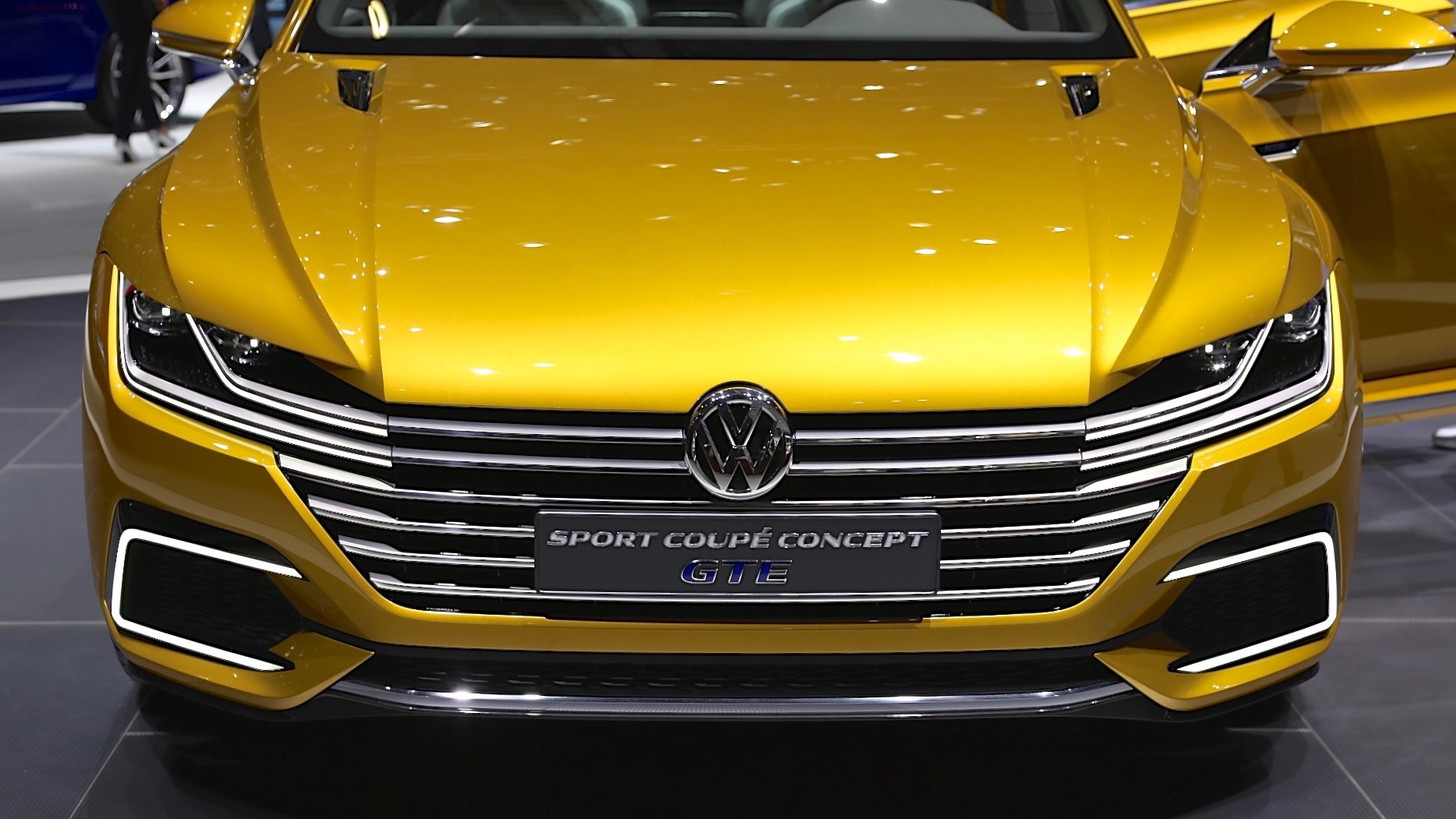 Volkswagen’s stylish CC (known as a Passat CC in other markets) has been around since the 2009 model year and is certainly starting to show its age, despite a mid-cycle update for 2013. The good news is that a successor is in the works, a preview of which we’re getting this week at the 2015 Geneva auto show, where VW is presenting the new Sport Coupe GTE concept.

With its next CC, VW is keen to further differentiate the car from the humble Passat sedan on which it will be based, and will do so with unique styling, a longer wheelbase and more premium touches. VW doesn’t state that the Sport Coupe GTE is a preview of the next CC, but the concept is in the shape of a four-door coupe and it does point towards new styling themes and technology the German automaker has planned.

The concept car is underpinned again by VW’s flexible MQB platform, which allows for great packaging and proportions. For example, the length is 191.7 inches but more importantly the wheelbase is an incredibly long 118.9 inches, leading to plenty of room inside the cabin. Key design elements include sleek lines, C-scoop intakes up front, and grille slats integrated with the headlights.

The interior of the Sport Coupe GTE is just as handsome as the exterior. It features a clean design, leading ergonomics and new interactive interfaces between human and machine. One unique element of the cabin is the way the line from the dash panel and door shoulders appears to wrap around the four passengers like a cocoon. The dash panel, designed with horizontal elements and leather-trimmed at the top, transitions into the front door trim panels and then into the rear.

Under the skin, the car is also very innovative. The GTE designation promises a plug-in hybrid drive system and that’s what this concept delivers. The vehicle is powered by a plug-in hybrid drive system that combines a turbocharged 3.0-liter V-6 with a pair of electric motors, one integrated with the transmission (a six-speed DSG dual-clutch unit) and helping the engine drive the front wheels, and a second powering the rear wheels, thus creating a ‘through-the-road’ hybrid all-wheel-drive system. Peak output of the system is 374 horsepower.

With all systems working, VW says the Sport Coupe GTE will sprint from 0-62 mph in just 5.0 seconds and hit a top speed of 155 mph. The electric only driving range is 32 miles, and with a full charge of the battery and a full tank of gas the car should cover more than 745 miles. A lithium-ion battery is housed in the center tunnel and can either be charged up at home or on the road using regenerative forces.

As for the next CC, it will share its underpinnings with the version of the Passat sold overseas, the latest version of which also rides on the MQB platform. This means designers will be able to add a host of technologies such as electrified powertrains, electronic driver aids and a digital instrument cluster. By the time the new CC arrives, most likely in late 2016 or early 2017, we should also see VW offering a new 10-speed DSG dual-clutch transmission.

“Evolution and revolution come together in the Sport Coupe concept GTE,” VW design boss Walter de Silva said at the reveal. “This concept is based on Volkswagen design DNA, which has been visibly sharpened even more.”