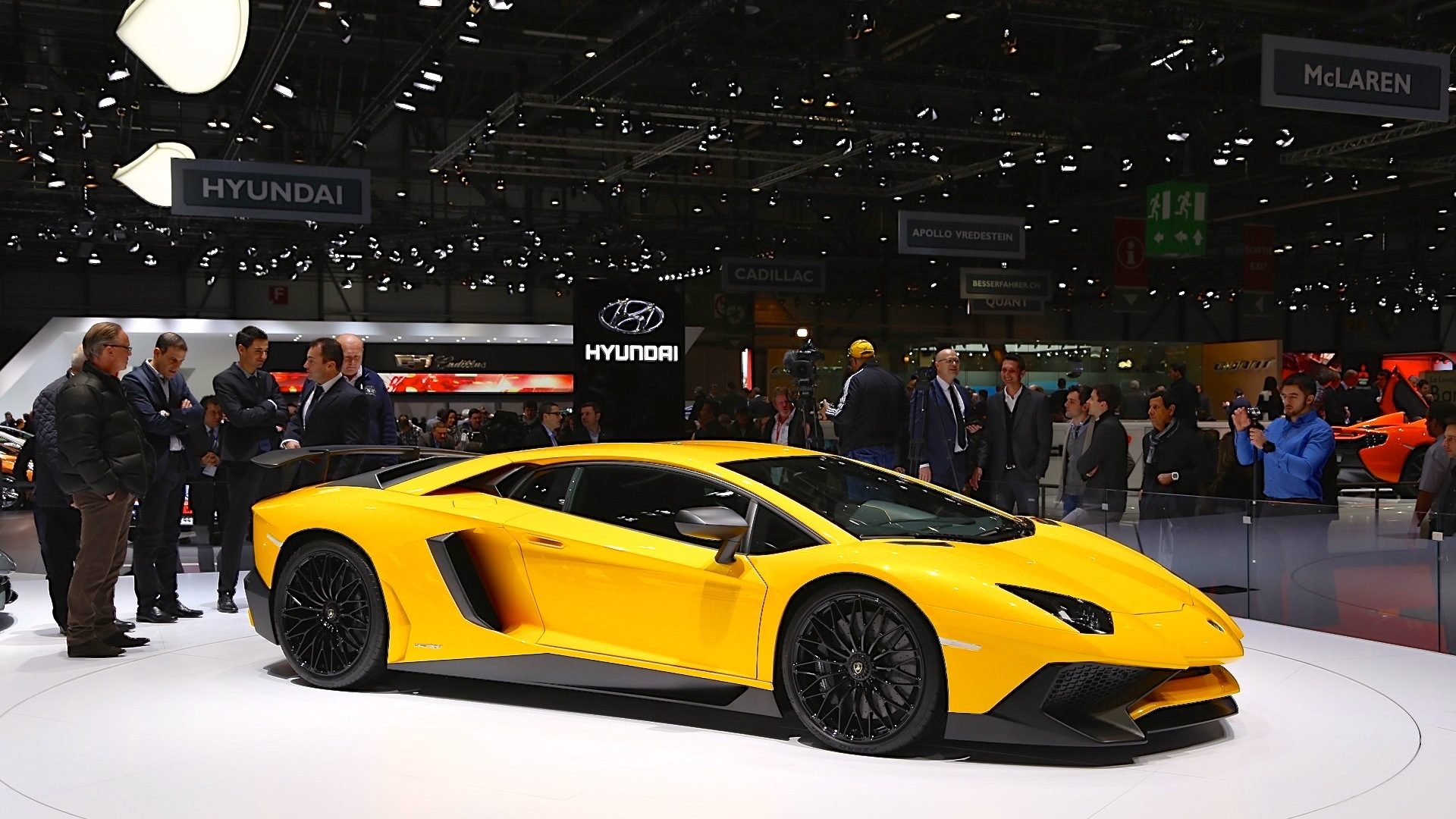 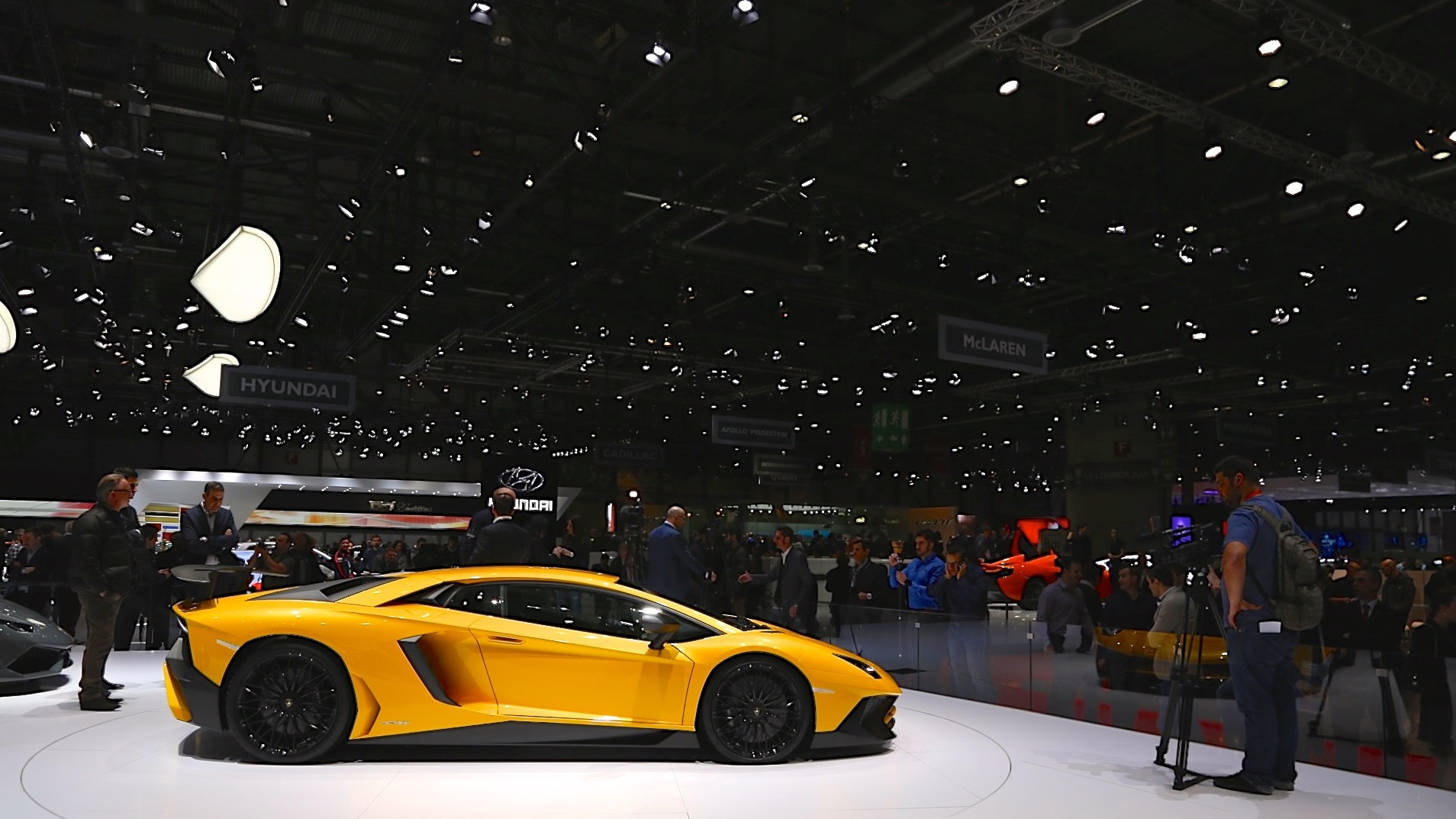 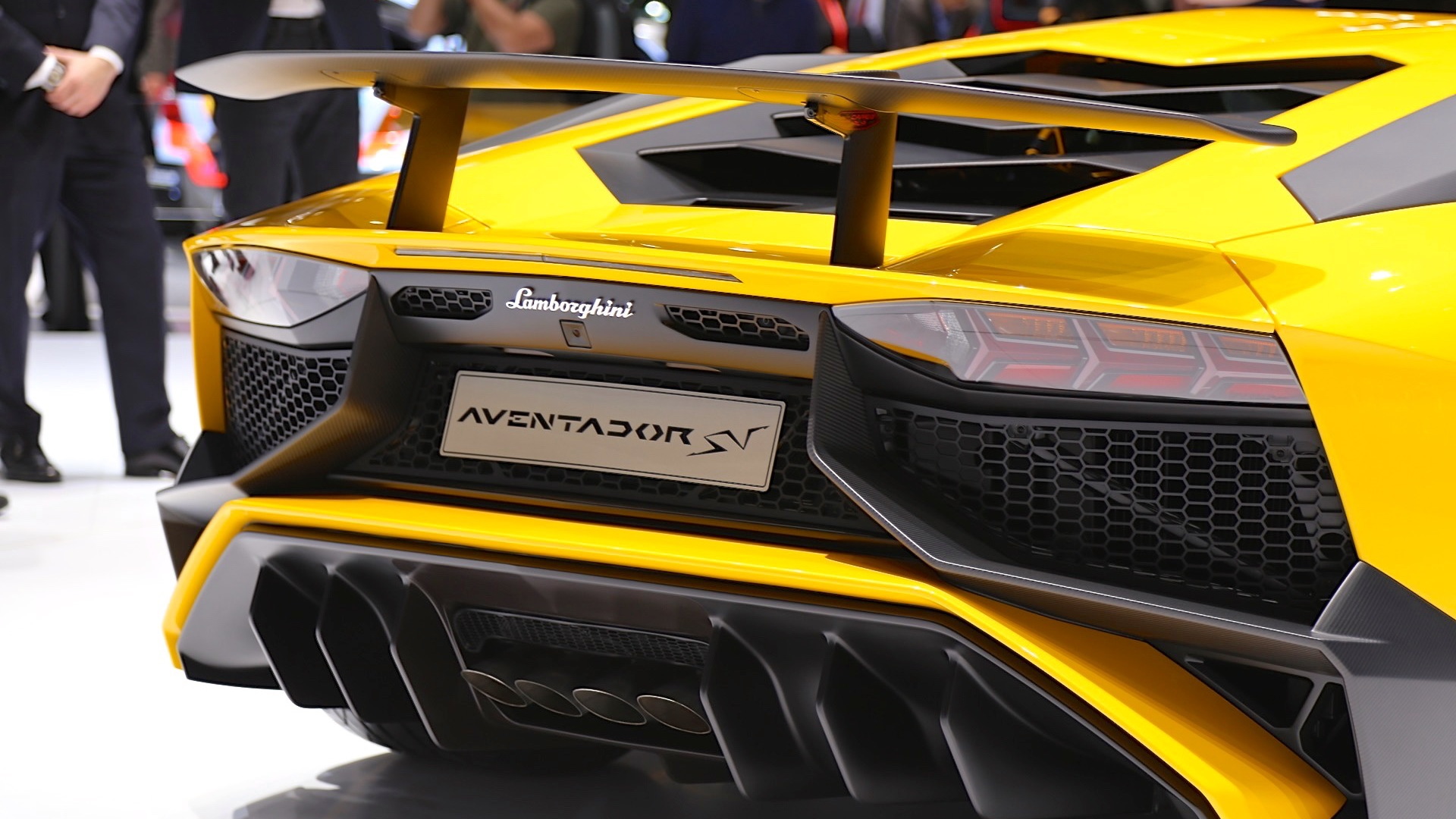 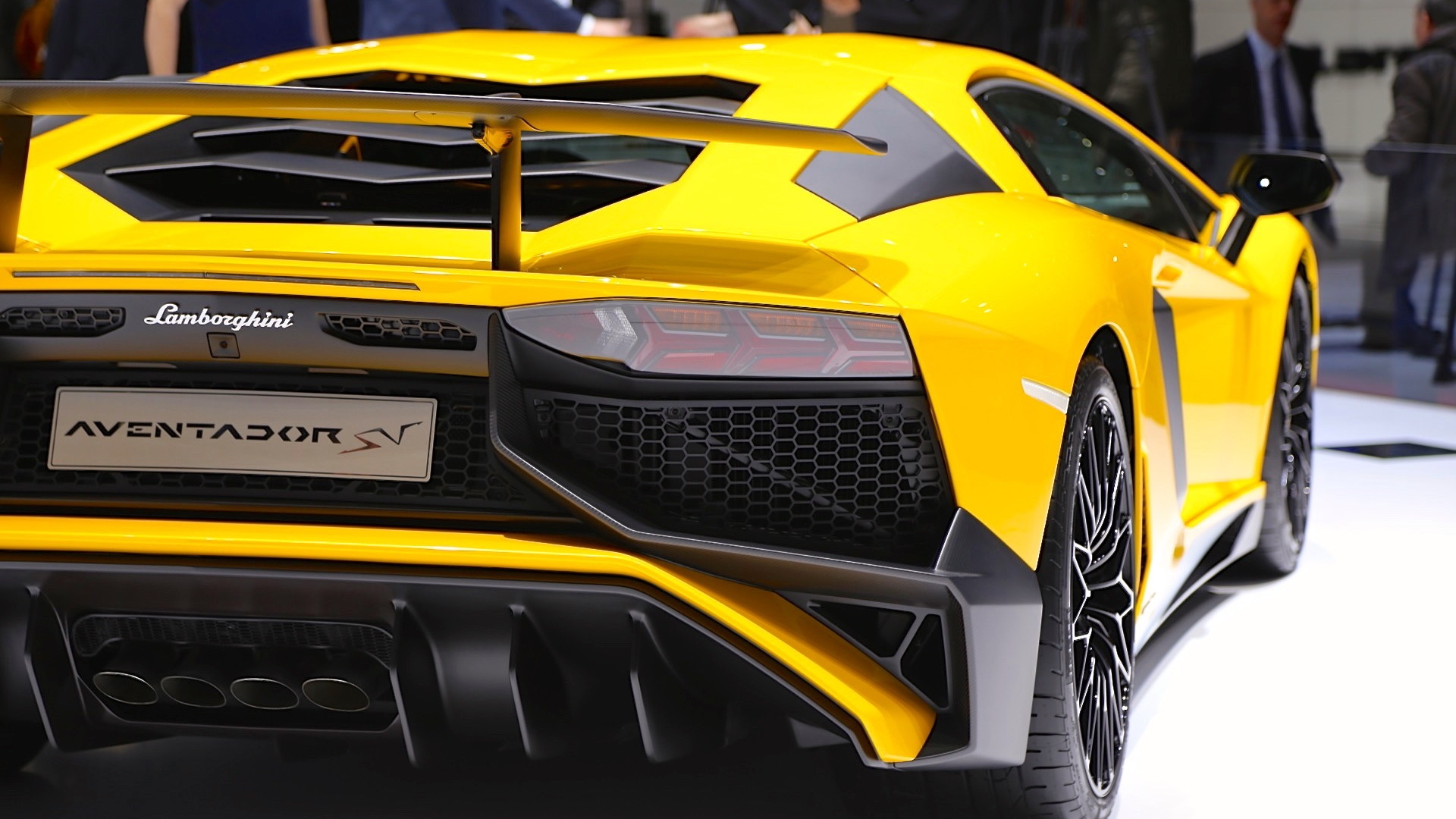 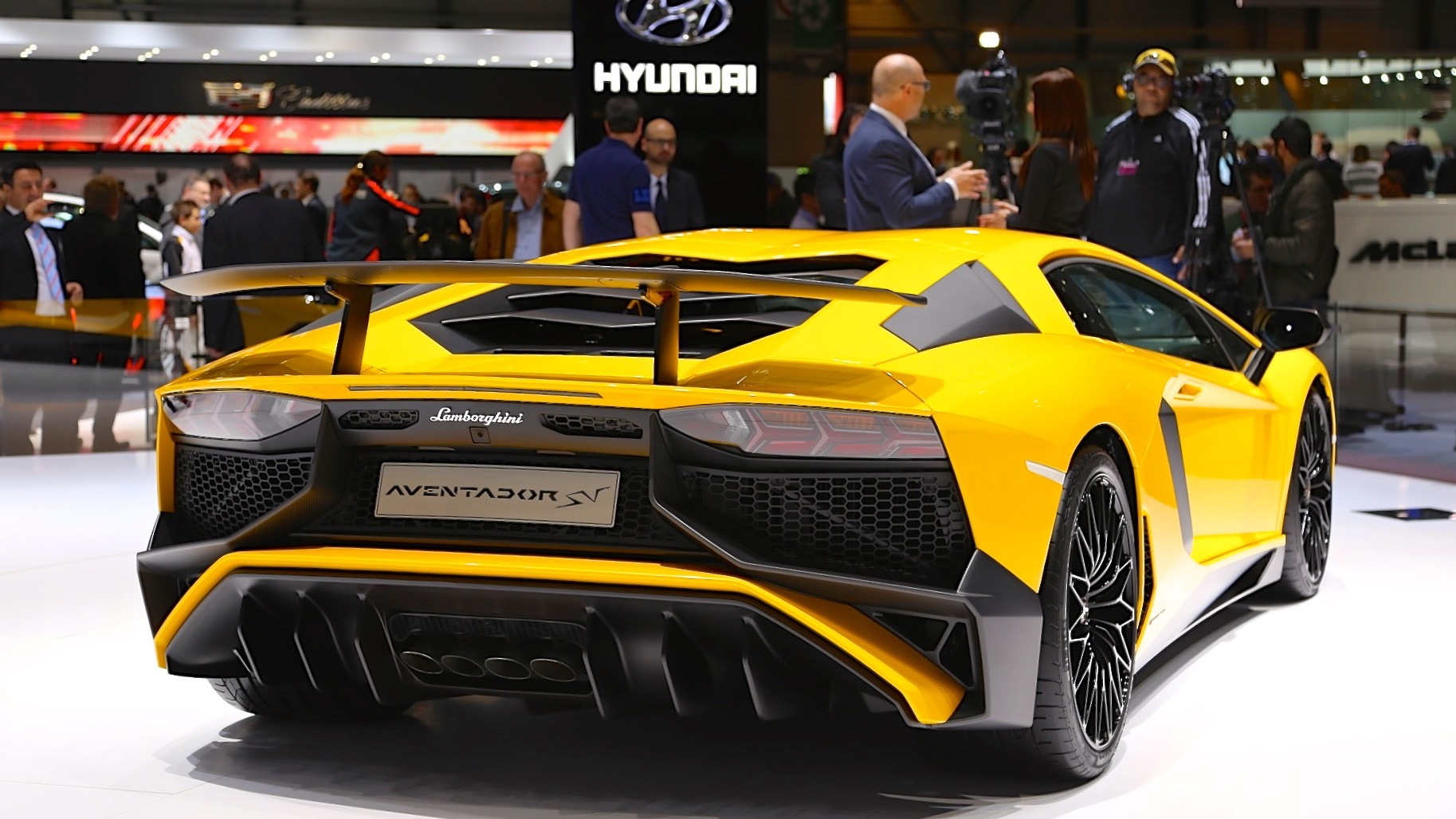 The Lamborghini Aventador has had several years on the market to break necks—both of passersbys and of drivers engaging Corsa mode—but now it's getting an even more extreme variant: the Aventador LP 750-4 SuperVeloce, or SV.

These official photos show that yes, Lamborghini can indeed take an extreme design and top it. With much more aggressive aerodynamics, a blazing red paint job, and 750 metric horsepower (hence the LP 750-4 title) from a 6.5-liter V-12, the Aventador SV is the latest track-honed weapon Lamborghini will offer to its patrons.

In the U.S., the car will rate in at 739 hp, which is up 48 hp on the regular Aventador LP 700-4. And combined with roughly 50 kilograms (110 pounds) less weight thanks to the increased use of carbon fiber instead of heavier materials, the new Aventador SV should not only be more powerful but sharper and quicker, too.

The interior has been completely revised with a clear focus on weight reduction. The new sports bucket seats and the door panels are made of carbon and the interior's lightweight design excludes an infotainment system (available as no cost option), carpets and certain noise insulation parts.

That's borne out in the numbers, hitting 62 mph in just 2.8 seconds—about a tenth quicker than the standard Aventador. Top speed is still claimed to be somewhere in excess of 217 mph.

But the real proof of the Aventador SV's pudding will be in the corners, where the enhanced aero, lighter weight and some chassis improvements should allow it to post impressive lap times. The latter includes adaptive magnetic suspension, which responds immediately to road conditions and driving style: wheel damping is adjusted individually during cornering, largely suppressing body roll and making the steering and handling even more responsive. The adaptive damping also counteracts brake diving.

Also new is the electric power steering, which variably adapts the steering ratio to road speed and to the dynamic mode selected. Specially tuned for the SV, it should ensure greater stability at high speed, while making it significantly easier to maneuver at low speed.

For the aero, overall aerodynamics have been optimized by 150 percent in term of efficiency and gained a considerably higher downforce of 170 percent over the standard Aventador.

Even if the Aventador SV is outrun by more ordinary or more extreme supercars in the final tally, however, it will still be uniquely Lamborghini and undeniably head-turning. Let's hope the buyers have whiplash insurance. They'll need it. Deliveries start in the spring of 2015.

Note, an open-top version is due out soon. A prototype for this Aventador SV Roadster has just been spotted.

"The new Aventador SuperVeloce continues the Lamborghini tradition of SV models, pushing the boundaries in terms of performance and pure driving emotion," Lamborghini CEO Stephan Winkelmann said at the reveal. "The original Aventador was presented four years ago, and the SuperVeloce pays homage to its passionate owners, as well as the fan community, whose enthusiasm has resulted in the biggest commercial success ever of a Lamborghini V-12 super sports car.”