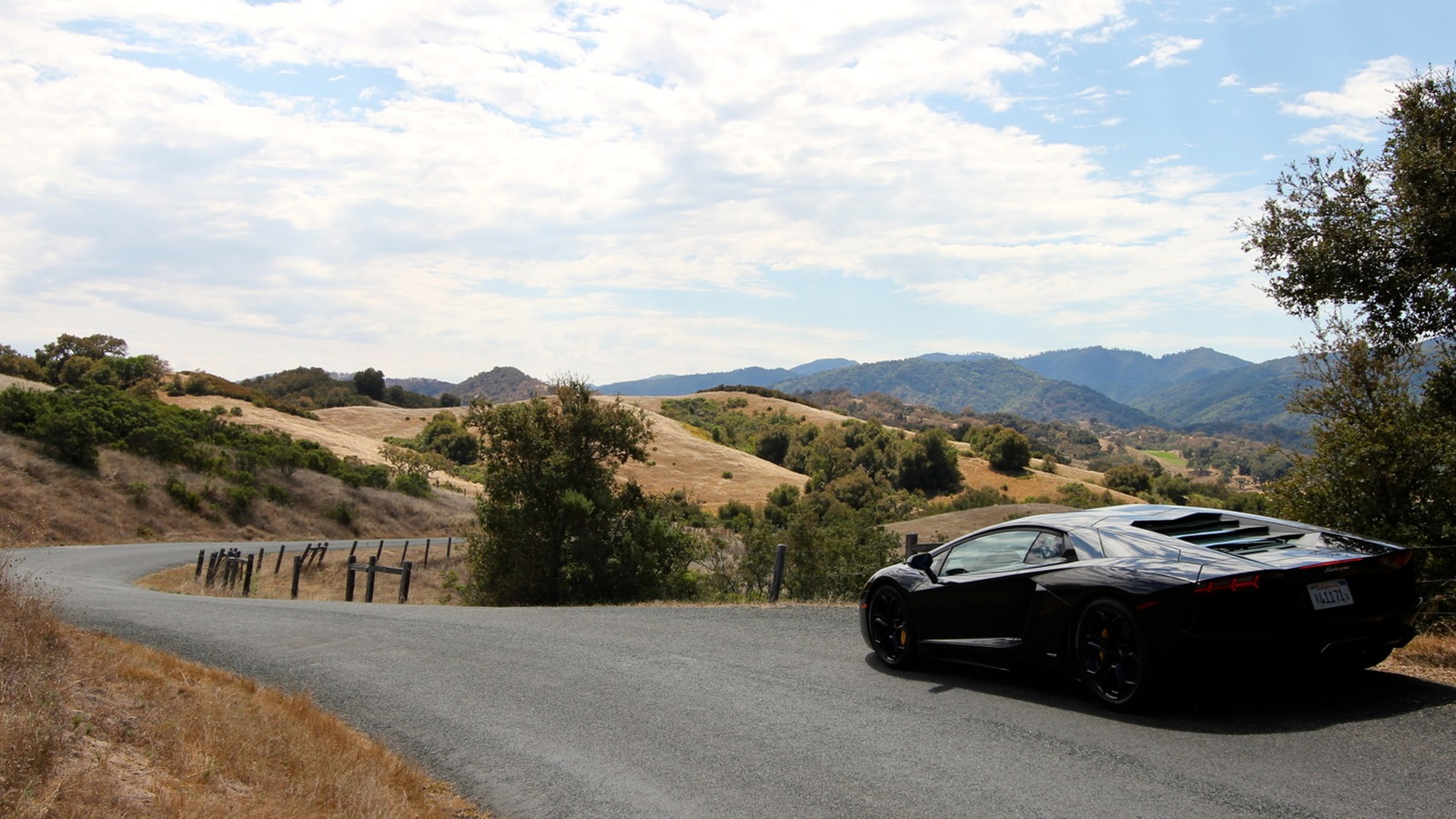 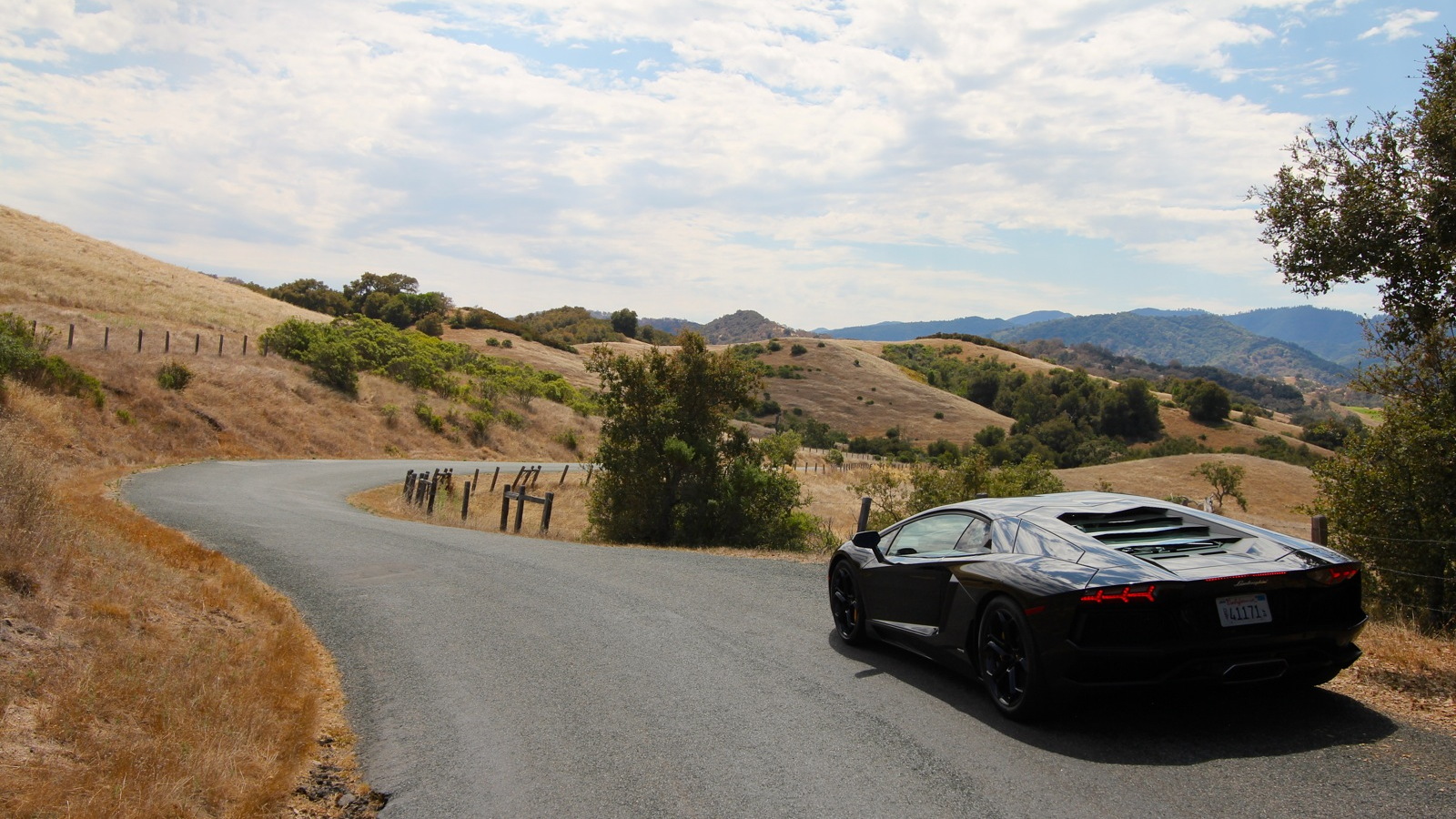 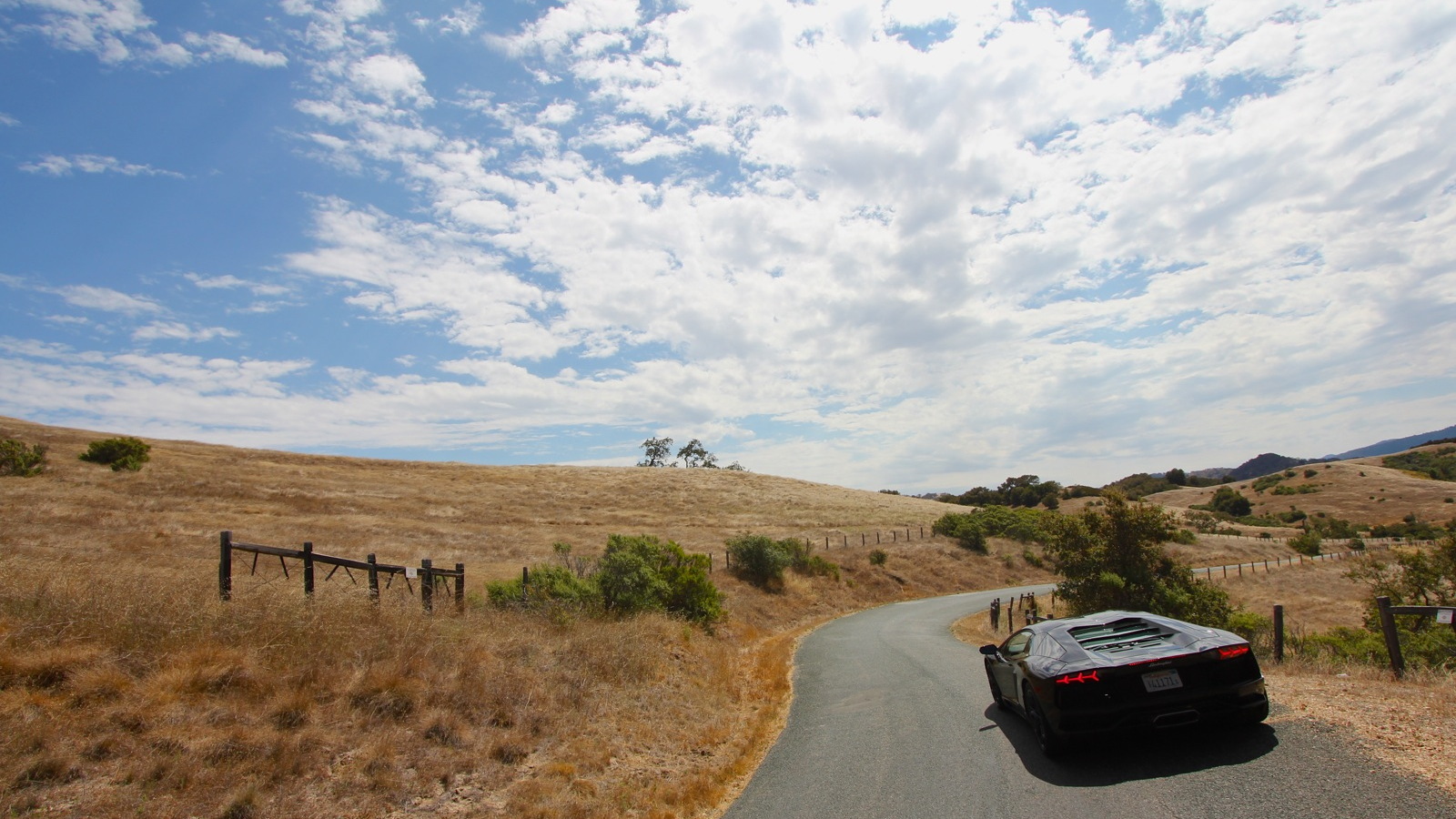 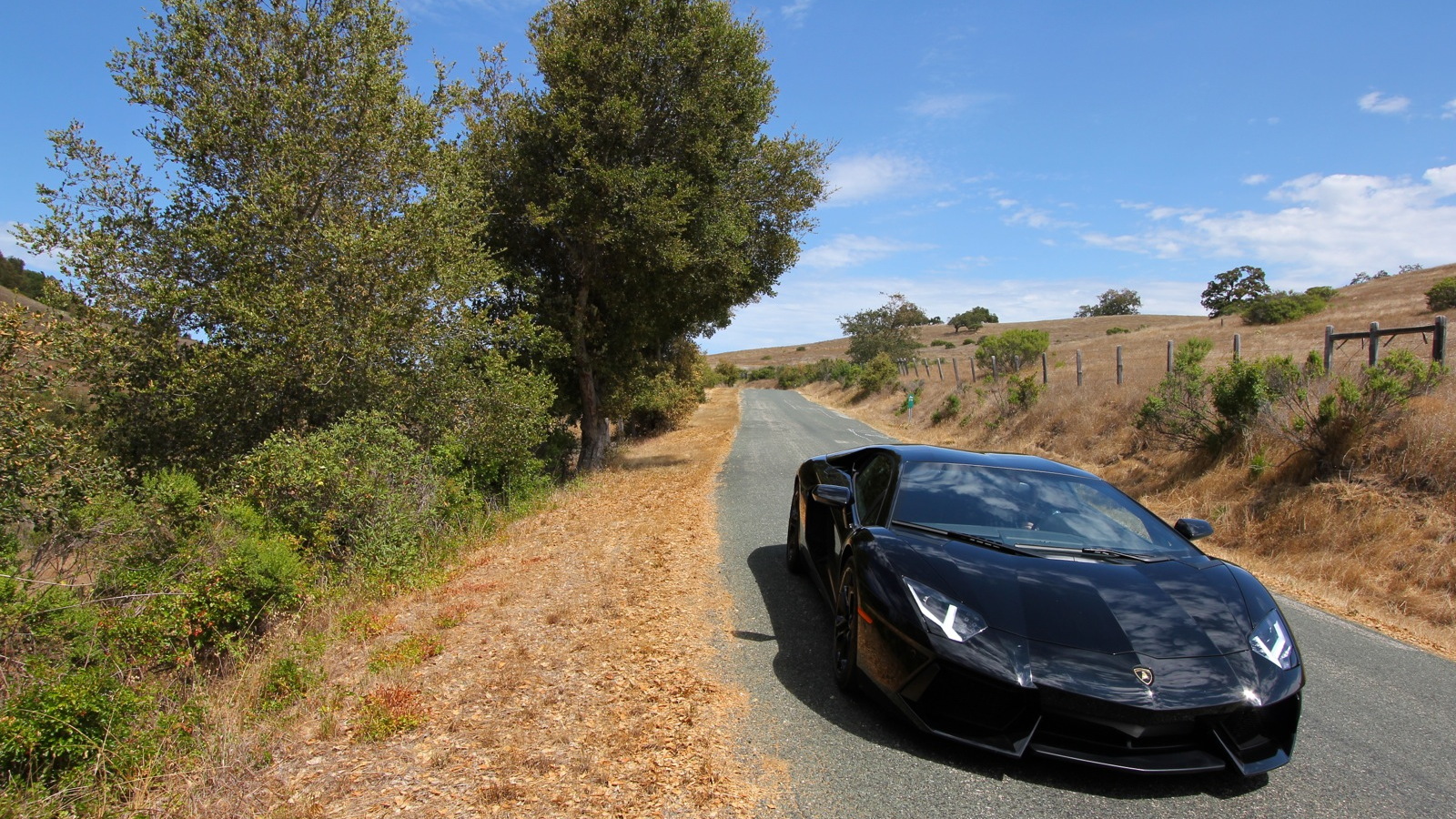 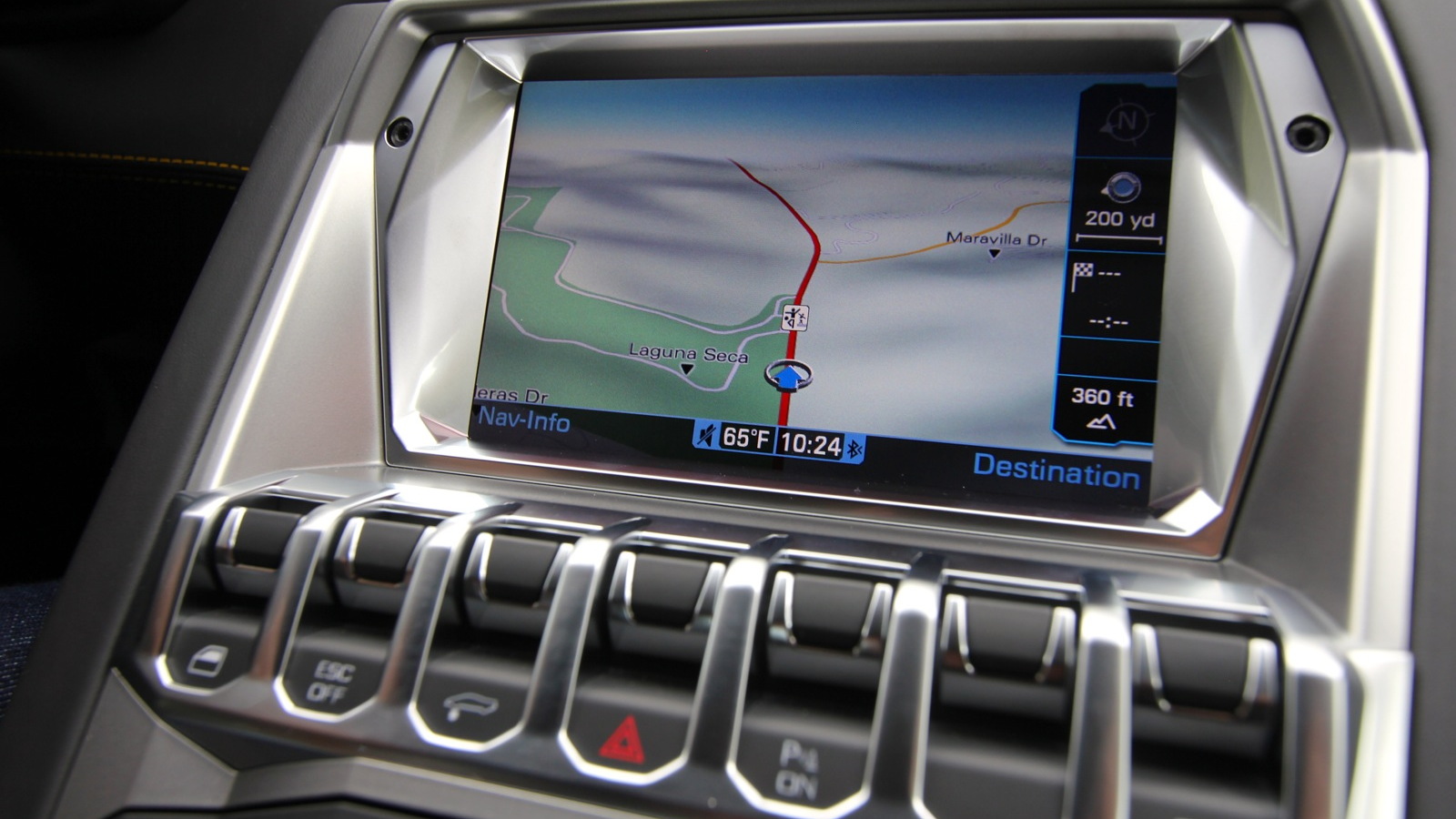 18
photos
Lamborghini. The very name conjures myth and legend for those of us who grew up with the wedge-shaped supercars tracing their promises of sex and speed across the pages of magazines, posters, and, ultimately, our fantasies. But Aventador? What does that mean?

It's the embodiment of those childhood fantasies in the way the Countach and Diablo were their two-dimensional parents. It's the car that will spark millions more of us. It's gearhead Genesis.

It all starts with a 325-pound carbon fiber monocoque, a feature not unique to the Aventador, but still very cutting-edge. Then there are the inboard dampers, actuated by pushrods, much as you'd find in a modern formula car. That's a big step for a series production car, if the Aventador can be called such. They do turn out three per day or more.

The Aventador is powered by Lamborghini's latest take on the V-12, a 6.5-liter, 700-horsepower beast of a thing that makes a cacophony of all the right sounds to set a wide-eyed-kid-turned-jaded-auto-writer's heart aflutter. In fact, the engine is at least as important to the Aventador's mix as the carbon chassis, as it weighs 518 pounds--or about 12 pounds more than the body-in-white.

All of these elements are tied together through the expected Lamborghini all-wheel-drive system and what the company calls its Independent Shifting Rods (ISR) transmission. This, friends, is the dose of bizarre and oddly crude technology required of all legendary Lamborghinis.

In street (Strada) mode, the Aventador is rather docile, with none-too-greedy throttle tip-in, easy steering, and a less-raucous exhaust tone. But accelerate gently from a stoplight, and, as the ISR gearbox shifts from first to second gears, you're likely to head-butt the steering wheel if you're not careful as the shift proceeds at a positively glacial pace. Your passenger will probably shoot you a "Do you know what the hell you're doing?" look, and bystanders might mutter, "Psshh. Lambo drivers."

The pain of it is that this is in automatic mode.

Push the next button to get to Sport mode, and you're still in automatic, though in either, you can also hit the button to switch into manual mode, letting you select your own gears with the steering-column-mounted paddles. Either way, you're treated to slightly less negative g-loading on a city-style 1-2 shift. It's still not smooth or refined, but it's better.

Then you get gutsy and go for Corsa. All it takes is a couple of shifts in this mode to put you back to Sport, because unless you're used to taking gloved fists to the back of the head, that's all you'll be able to tolerate.

So you've heard this before? Well, it's true. It's also our only real gripe with the Aventador--the ISR gearbox.

On the street, fast doesn't even begin to cover it. The car barely feels like it's moving until you hit 100 mph, but it's engaging and fun to drive below that, unlike many 200-plus-mph cars we've driven. Rip off a quick 1-2-3 shift and you'd better apply the brutally effective brakes or you're shouting "Arrest me!" to the nearest patrolman.

Sure, there's nowhere to put your stuff, and it's a bit of a rough ride around town--the seats don't help much, but they do an excellent job of holding you in place. Once you're there, that is.

Slithering into the cabin through the scissor doors isn't easy, especially if you're anything over six feet in height--but it's far less injurious to your precious noggin than the Mercedes-Benz SLS AMG's gullwing doors. Which is good, considering the pounding given once you're shifting gears in Corsa.

The steering feel is surprisingly good, again, on the street, without any of the floaty, over-boosted feeling you get in many modern cars, even though it does gain up the assist in slow-speed maneuvers. Better yet, there's no perceptible ramp-up in artificial steering force like you get with a typical modern pure electric-assist system; that's because Lamborghini employs the Servotronic electro-hydraulic variable-assist (speed-based) power steering system.

None of this minutiae, however, really captures the essence of driving the Aventador. It's like instantly becoming famous; being a rock star in the Rolling Stones/Led Zeppelin/Beatles/Elvis sense of the word. Crowds of screaming, nubile teenagers chase you wherever you go. Or at least that's what it feels like in your own head, under your sweaty palms, and inside the heart trying to hammer its way out of your chest.

The Aventador is fantasy brought to life, and like most fantasies, reality gives it a few rough edges. But that won't stop us from dreaming.