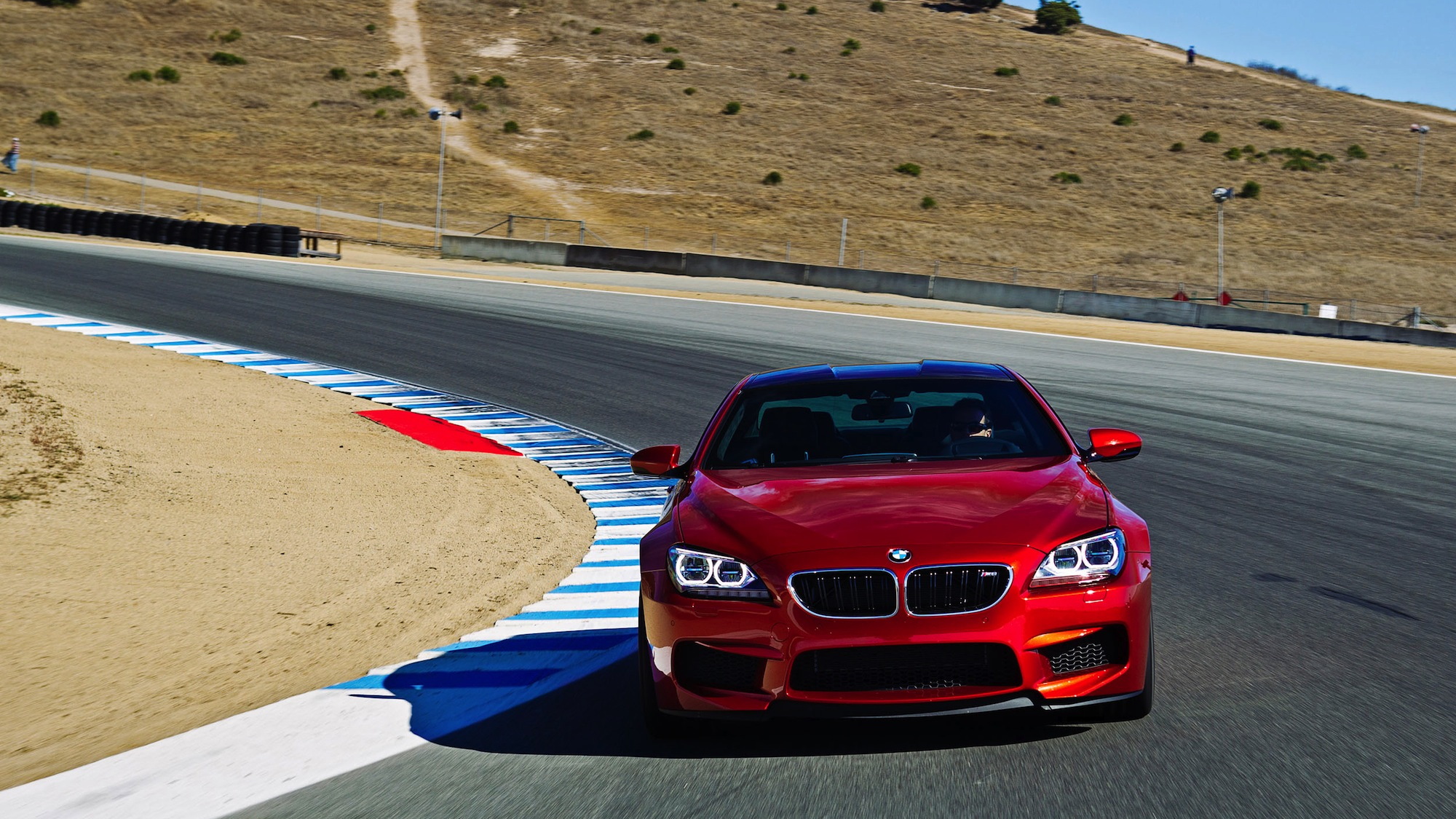 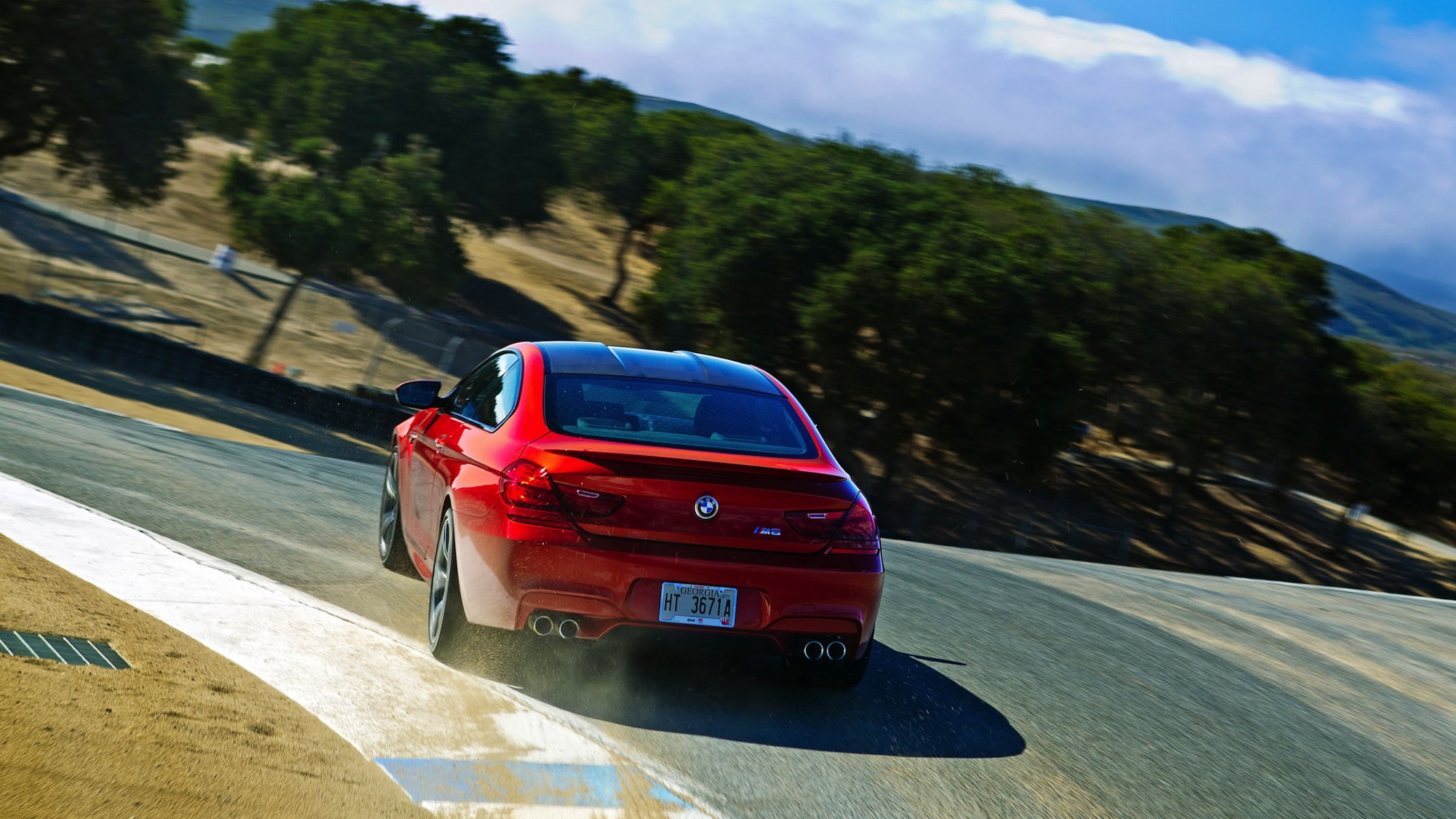 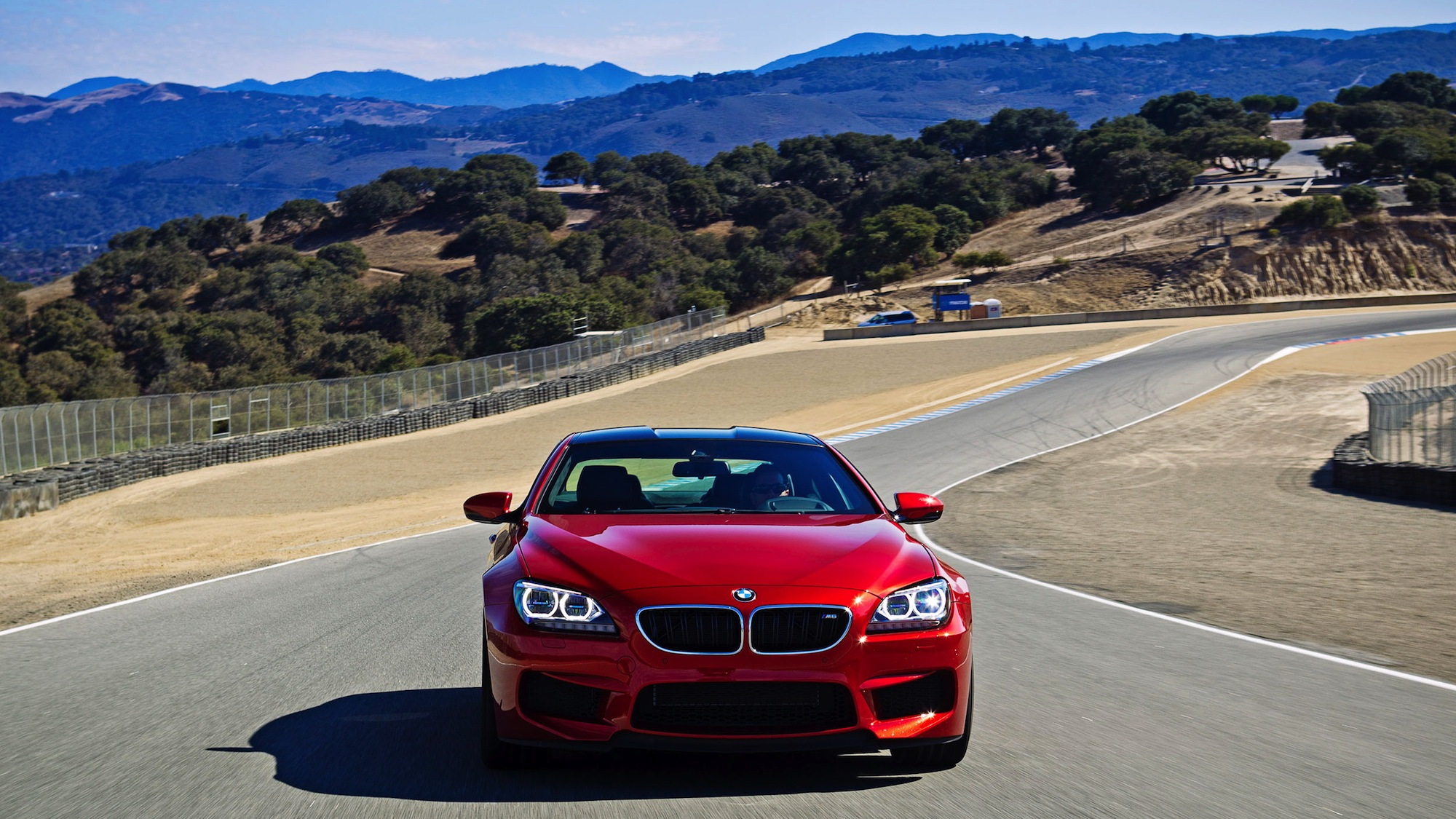 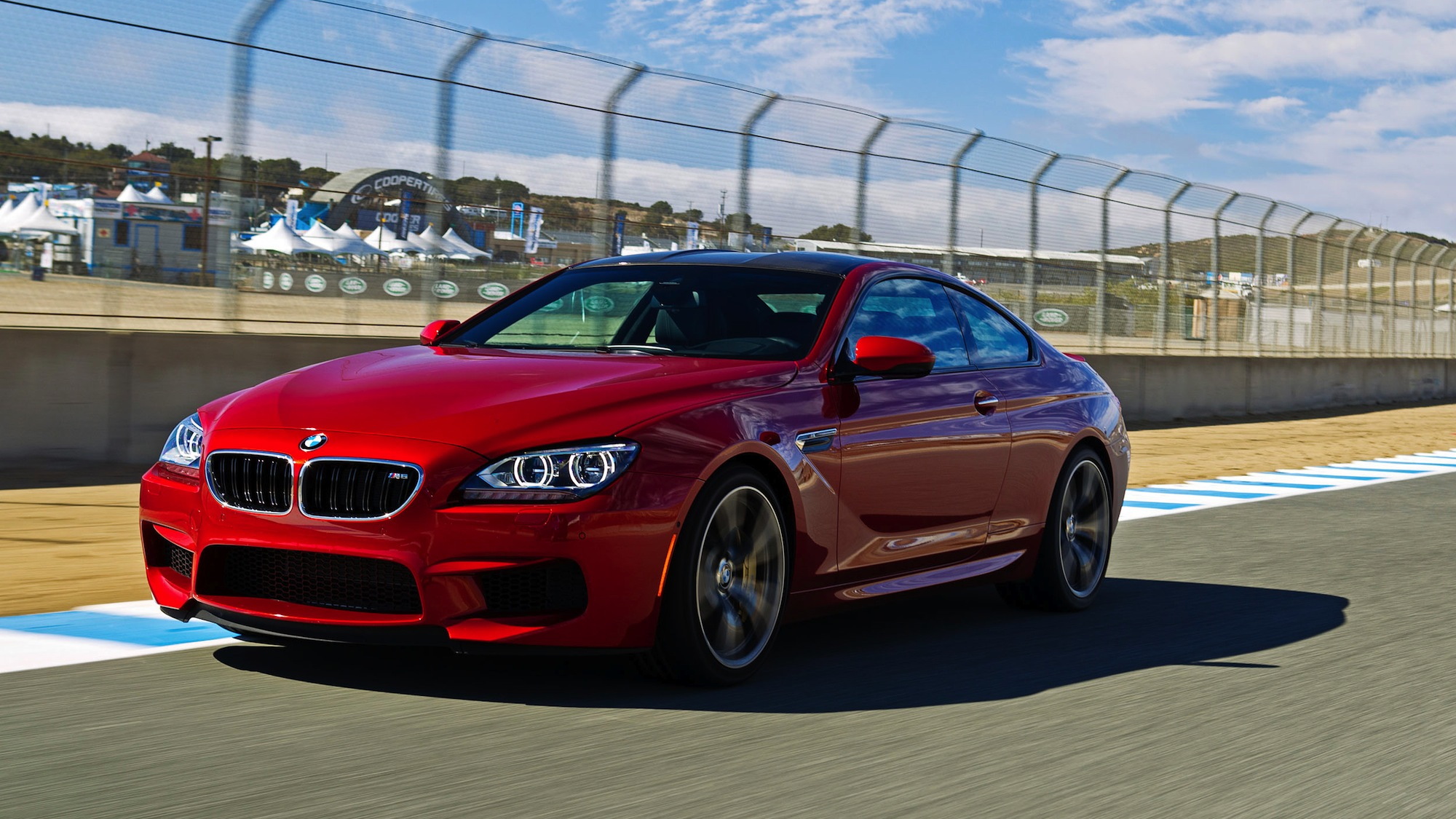 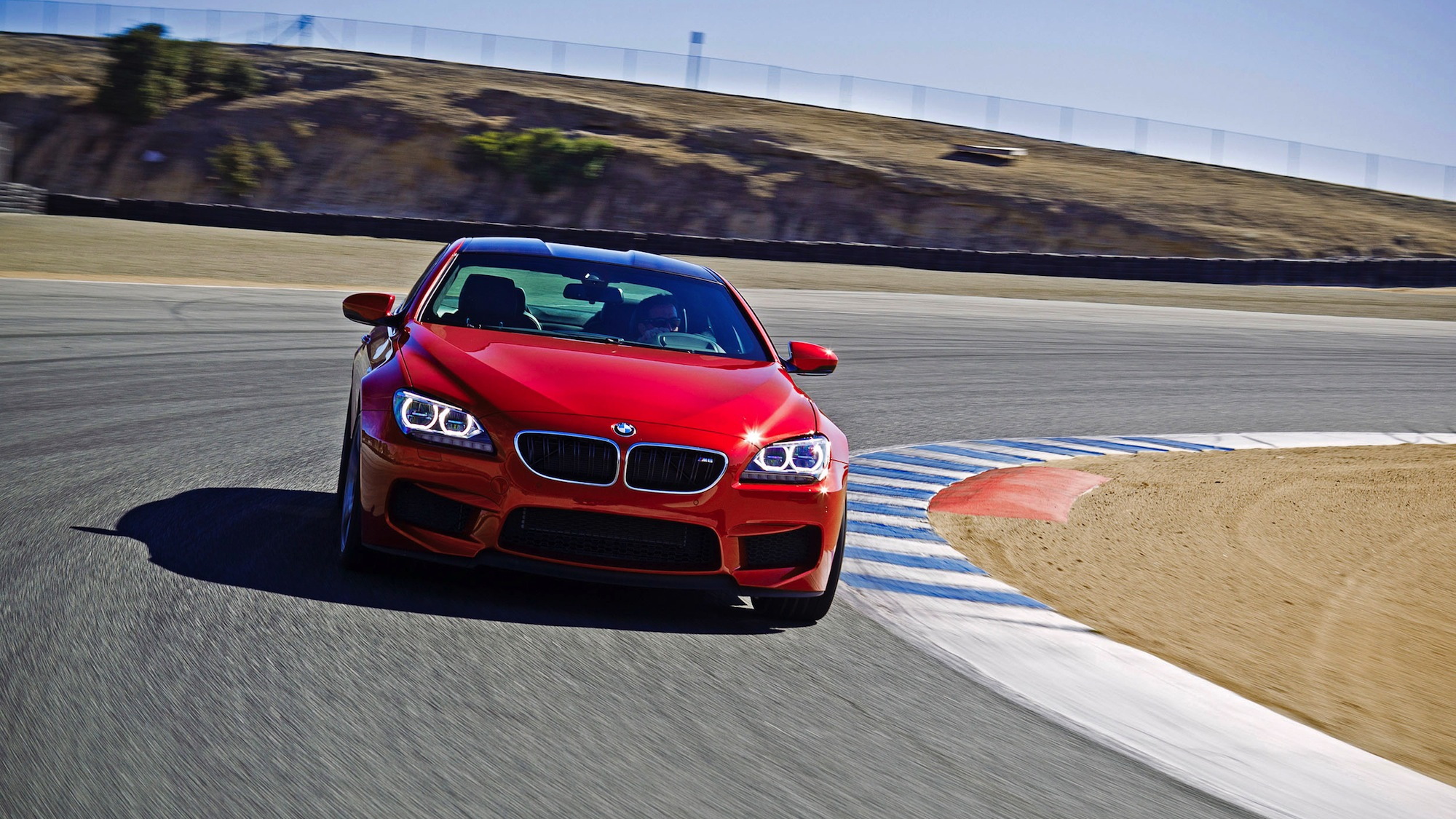 92
photos
BMW has caught a lot of flack for its latest generations of M Division cars, including the soon-to-be-replaced M3. People calling themselves purists deride them as heavy, soft, too luxurious, and unfocused. One thing they rarely call them, however, is slow.

That's because, wherever you stand on BMW's evolution of the M brand, the cars are consistently, quantitatively, impressively good on track. That has not changed for the 2013 M5 and M6.

If anything, BMW's larger M cars are better than they ever have been. Sure, they're loaded to the gills with electronics, safety aids, HUDs, and audiophile-grade stereos, but they're also packed solid with capable suspensions, impressive dynamic dampers, surprisingly good steering, and massive grip levels. Married, these two schools of thought--essentially, luxury and performance--come to one of their best possible expressions in the M5 and M6.

On track, the difference between the four-door M5 and the M6 coupe isn't as pronounced as you'd think; both are very good. The M5 feels a bit longer, a bit heavier, and a bit less nimble as a result. It is. But it's still incredibly capable and, even more to the point, incredible fun, for a luxury street car.

And that, truly, is the element missed by the naysayers of BMW's current M brand offerings. No, none of the primary M vehicles are focused track day cars. No, they're not going to win races off the showroom floor. And no, they're not even the fastest cars around a circuit for the price. But that's not the point BMW is trying to make, and it's not the point any sane buyer would try to pay to prove.

Instead, these cars are, ultimately, about the total driving experience, from a luxurious highway cruise with your significant other, to the daily slog through traffic, to the occasional weekend at a facility like Mazda Raceway Laguna Seca. The number of cars that can successfully navigate all three of these scenarios at the level of the 2013 M5 or M6 can be counted on one hand--with maybe a finger or two from the other.

OK, so BMW hasn't lost the plot, but perhaps refined and expanded it. The M car is no longer an action movie: brilliant fun when things are hot and heavy, but otherwise, plagued by bad dialogue and one-dimensional characters. Instead, it's more of a Simon Pegg/Nick Frost RomZomCom, if it were set at a five-star resort: there's something here for everyone to love.

On track, that love is expressed in the form of a car that's eminently fun and easy to drive near the limits. With the driver-tunable M settings allowing instant specification of your desired damper, steering, and throttle mappings (which aren't always best set to their maximum Sport+ setting, depending on the track), M Dynamic Mode traction control (which allows plenty of hoon antics before reining you in), and the inherent feel and competence of the chassis themselves, this pair of cars proves you can have it all--or at least a huge chunk of it.

One key difference, from a driver's perspective, is that the M6 comes only with the M-DCT dual-clutch gearbox; the M5 can be had with that high-tech solution, or a traditional six-speed manual. For both street and track use, in these cars, we prefer the M-DCT. It's easier on the street, and it's quicker on the track. BMW's manual gear boxes--or at least the shifters--just aren't the slick, controlled, economy-of-movement pieces you want on a satisfying row-your-own setup. The M5 manual does have a neat feature, however: it automatically blips the throttle on moderate-speed downshifts to second gear. The only circumstances where we noticed its function was slowing from moderate highway speeds to pull into store parking lots, typically downshifting for second at around 20 mph.

Steering feel is one of the biggest surprises to be found, and it's somewhat better in the M6 than in the M5. While you don't get the telepathic, intuitive information through your fingertips like you'll find in a lightweight, focused (or most especially, mid-engined) sports car, you do get the feedback you need to know what the tires and the surface are doing. The variable steering effort settings (Comfort, Sport, and Sport+) merely modify the level of effort required to move the wheel at speed, not taking away meaningful data even in Comfort mode.


Likewise, the throttle settings offer a choice between Efficient, Sport, and Sport+ modes. In Sport and Sport+, we find one of our common--and brand agnostic--gripes: too much throttle application for too little pedal travel early in the stroke. This makes the car respond almost instantaneously, which feels sporty and fast to the uninitiated, but makes it very difficult to modulate the throttle on tricky high-speed corner exits on track. For this reason, we counter-intuitively preferred the Efficiency setting, which slows tip-in, but is still willing to go to 100 percent when requested.

Finally, we get to the third cornerstone of a good dual-purpose trackday car: the brakes. On both the M5 and M6, the standard steel-rotor brake system is very easy to use, with solid initial bite and easy modulation, but after just a lap or two, the pedal begins to lengthen, reaching quite far indeed after a half-dozen laps. Ultimate stopping power doesn't seem to be compromised, but driver confidence is, somewhat, and as the brakes heat up, the brake zones tend to lengthen out of caution, rather than necessity.

The carbon-ceramic brake option (now available on the M6, and coming to the M5 next year), on the other hand, is an absolute must-have for the buyer that wants to spend serious time on the track. With only minimal fade and pedal-lengthening, and consistently high brake torque and modulation ability, this brake combination was clearly developed for, and on, the track. But--and this is important--it's no less easy to use, no more noisy than the standard brakes on the street, even when cold.

Like all 4,000-pound-ish, 500-horsepower-ish cars, they drink gasoline like akvavit at a Danish wedding. We're not entirely in love with the exterior design of the current generation of BMW cars in general; the M6 (and the 6-Series) largely escapes this criticism. The M5's driver seat isn't very good on track, allowing us to move around quite a lot more than we'd want.

But now for the kicker: On the street, these cars are just as good as their normal, non-M counterparts; in some ways, they're better. They're surprisingly quiet. The loudest thing you'll hear at cruising speeds in the M5 is the thrum of the tires against the pavement, followed by wind noise around the mirrors. They have fantastic sound systems. They're even quite comfortable, if a notch less cushy than the standard 5-Series or 6-Series. And ultimately, both of these cars are very similar on and off the track. The question you have to ask yourself is: do you really need four doors?

These aren't perfect cars in any one category, but they're so very good in every category, we can't help but think we're seeing, and ultimately appreciating, the M brand's most refined interpretation of what it means to build the Ultimate Driving Machine.

BMW flew us out to drive these cars at Laguna Seca and the surrounding roads in the days following the Pebble Beach Concours d'Elegance. Along the way, they supplied some liquor and some food, and a place to sleep. The hotel bed was a marked upgrade from the lost-and-found sleeping bag of the preceding three nights.