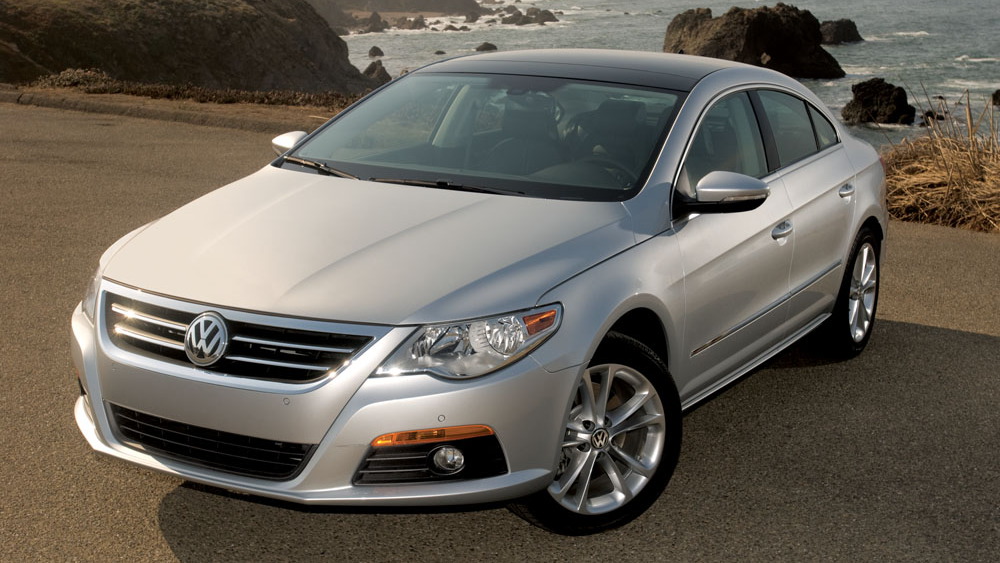 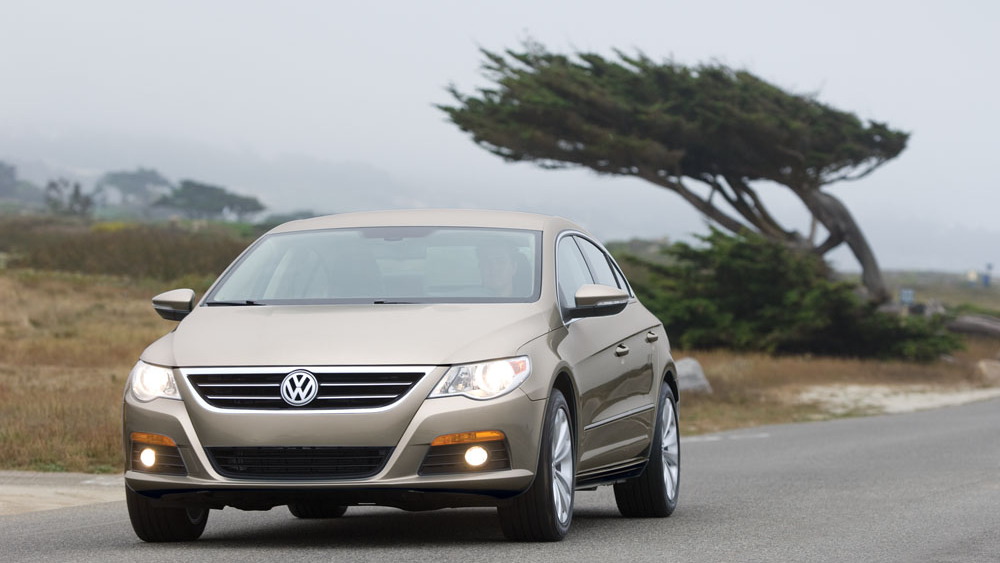 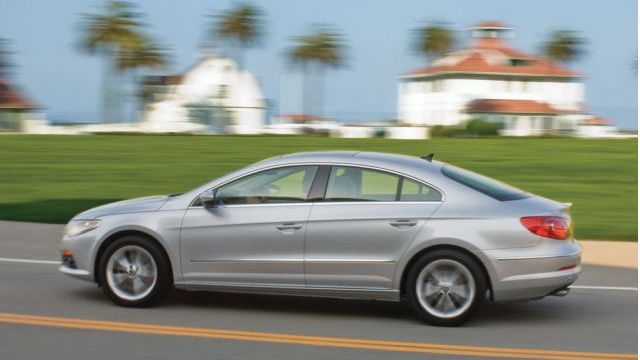 6
photos
Volkswagen’s long awaited Passat-based four-door coupe has been revealed just hours prior to its official world debut at this week’s 2008 Detroit Auto Show. The new model will be called simply the CC, and although it’s based on the Passat platform it sits five centimeters lower and stretches three centimeters more than the regular VW sedan.

The CC will come standard in the U.S. with a 2.0 TSI engine with 200 horsepower and 207 pound-feet of torque, available with either a six-speed manual or six-speed Tiptronic automatic transmission. Available optionally is the flagship 3.6-liter FSI, rated at 280 hp and 266 lb-ft of torque. The 3.6-liter model comes standard with the six-speed Tiptronic transmission. Other markets will feature a base 160-hp 1.8-liter TSI model and two diesel variants developing 140 and 170 hp respectively.

Newly developed for the CC is an electrically actuated panoramic sunroof. The transparent roof is 29.5 inches long and 44 inches wide, covering the entire front area up to the B-pillar. The front of the car is dominated by the new twin-bar sports grille and large air inlets positioned in the front bumper. The rear end of the four-door coupe is marked by large-surface dual taillights, a rear spoiler integrated into the trunk lid and a large rear window that combines with the panoramic glass sunroof.