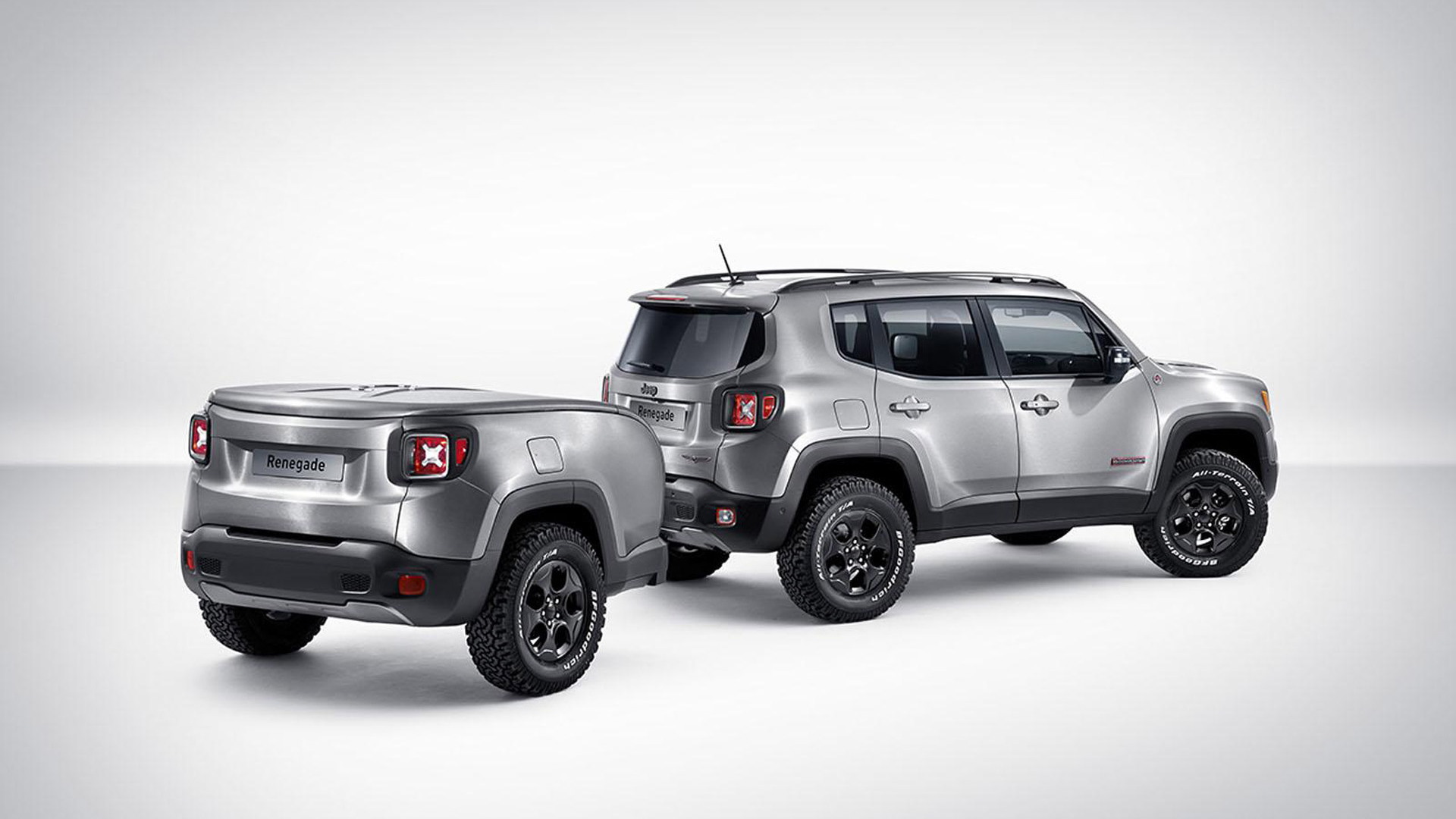 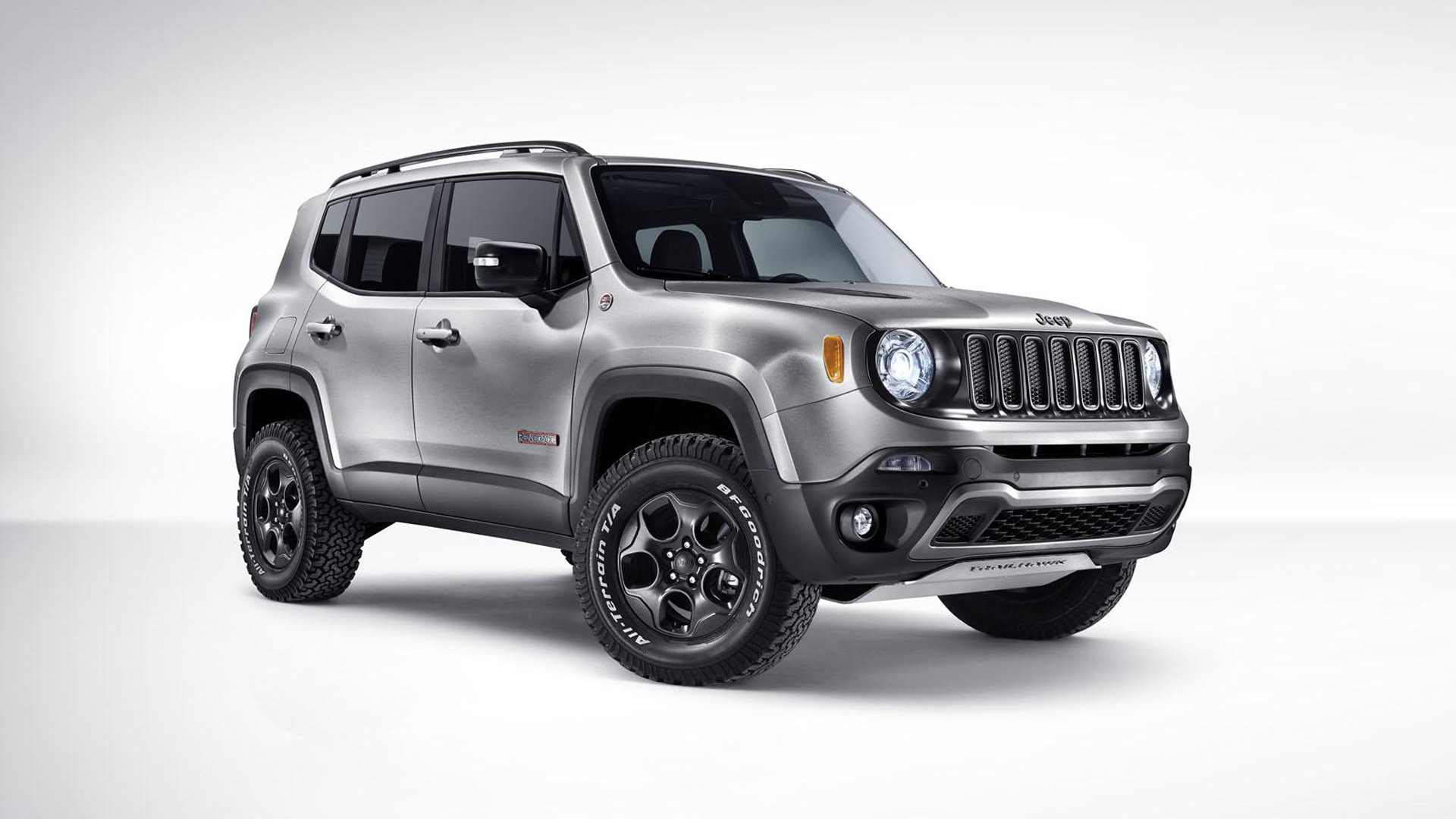 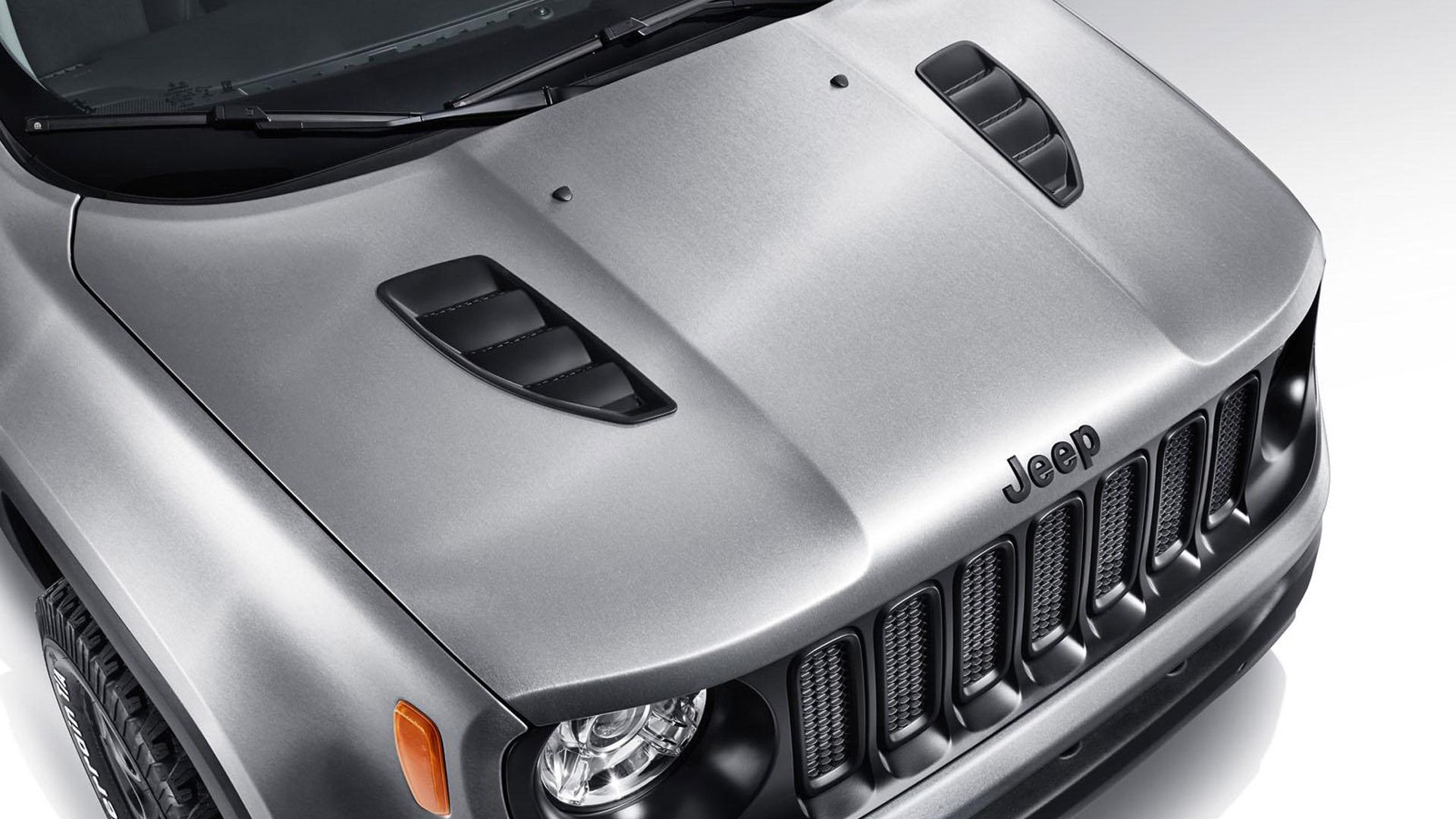 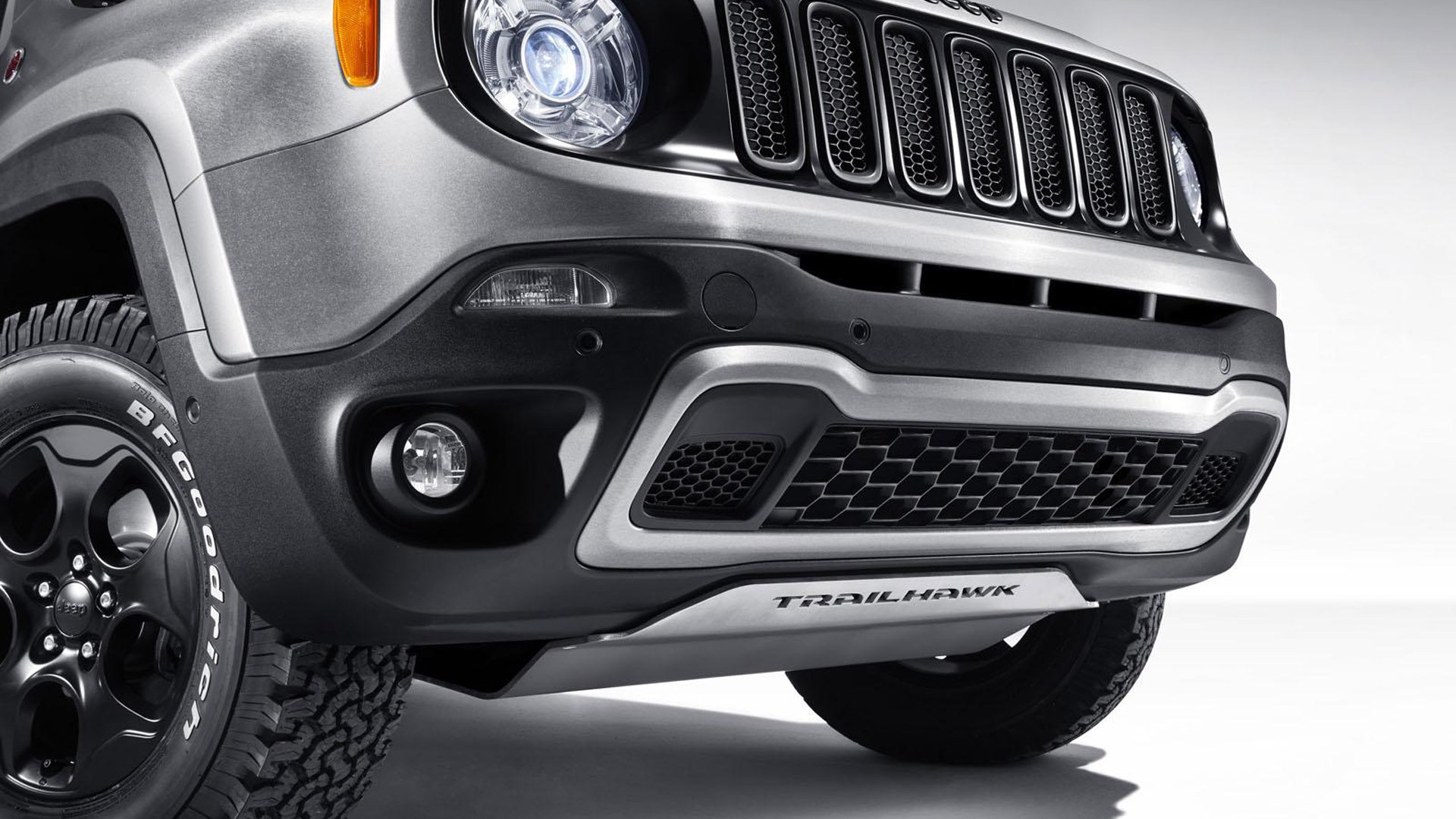 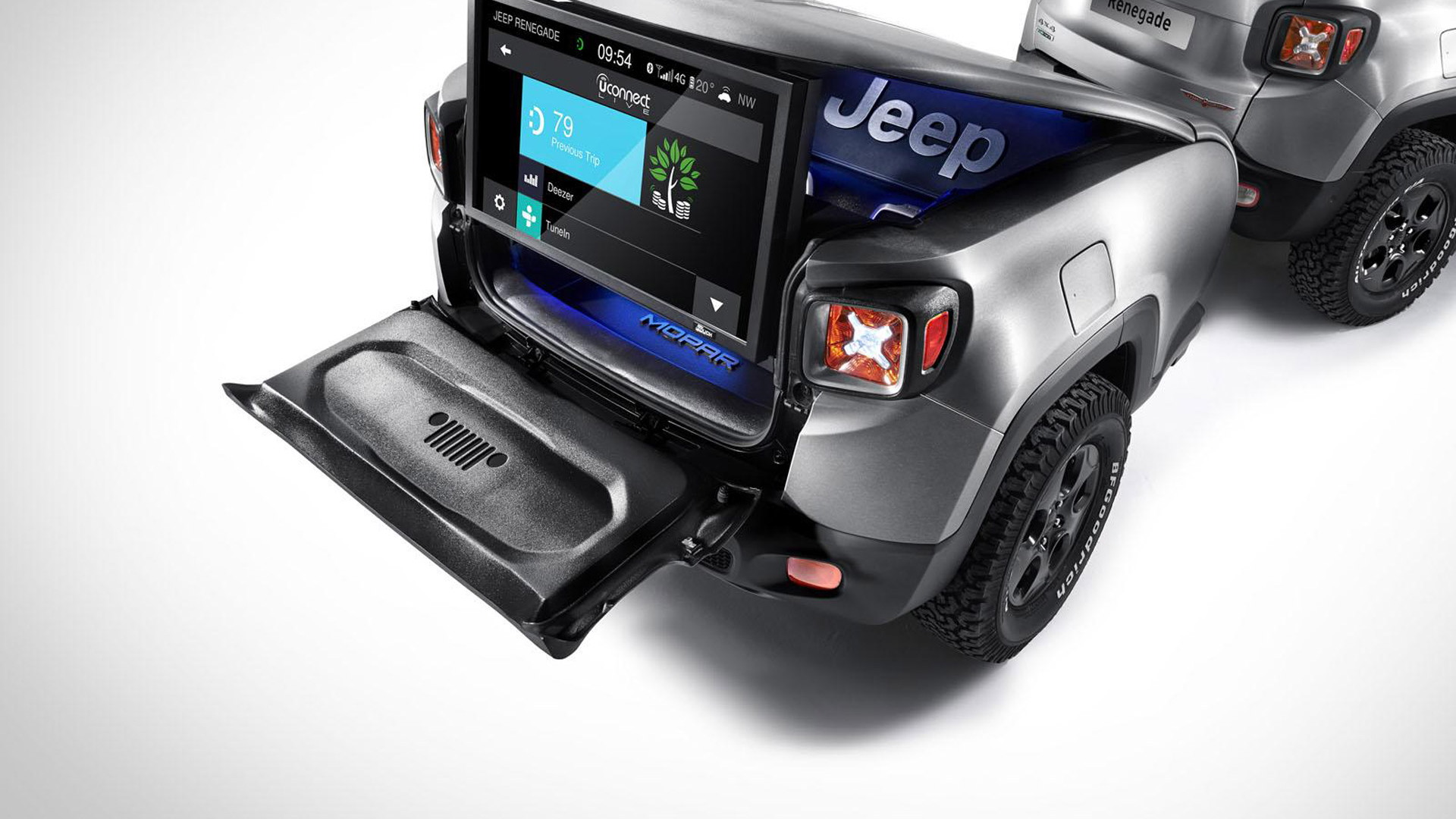 The 2015 Jeep Renegade is an awesome little off-roader, but when it comes to carrying all your gear the vehicle’s diminutive size leaves a little to be desired. A possible solution is a matching trailer, previewed here by the Renegade Hard Steel concept which makes its debut this week at the 2015 Geneva Motor Show. Jeep says its latest show car looks at possible customization options for the Renegade as well as accessories from Fiat Chrysler Automobiles’ [NYSE:FCAU] aftermarket arm Mopar.

Based on the most capable Renegade in the lineup, the Trailhawk, the Renegade Hard Steel concept wears a brushed steel exterior enhanced by a matte black color contrast used for many of the features such as the grid, roof bars, mirror covers, 16-inch alloy wheels, side rubbing strips, hood vents, fenders and bumpers. It also features raised suspension and chunky BF Goodrich All Terrain tires.

A similar theme is carried over into the cabin, but instead of brushed steel the designers have gone with plush leather featuring the same color as lead. Special treatment of the leather creates a worn look. Joining the lead-colored leather is gray tone stitching found on the seats, door panels, and on the Trailhawk logo embroidered on the headrests.

Of course, the most obvious element of the Renegade Hard Steel concept has nothing to do with the vehicle itself: the trailer. Inside this is a large touchscreen display that controls a number of the Renegade’s infotainment functions. The display is joined by a set of speakers, helping turn the trailer into a mobile entertainment center.