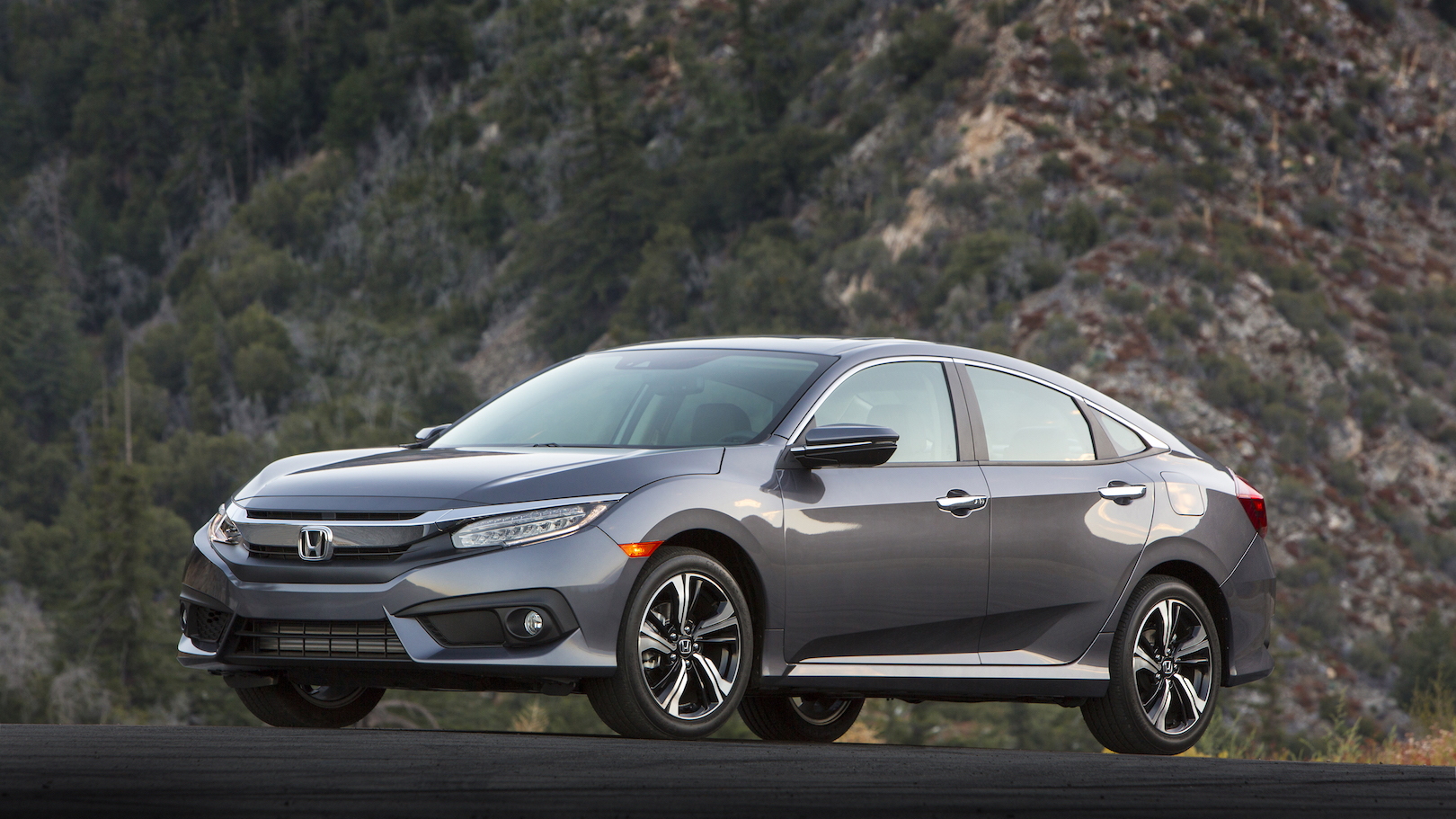 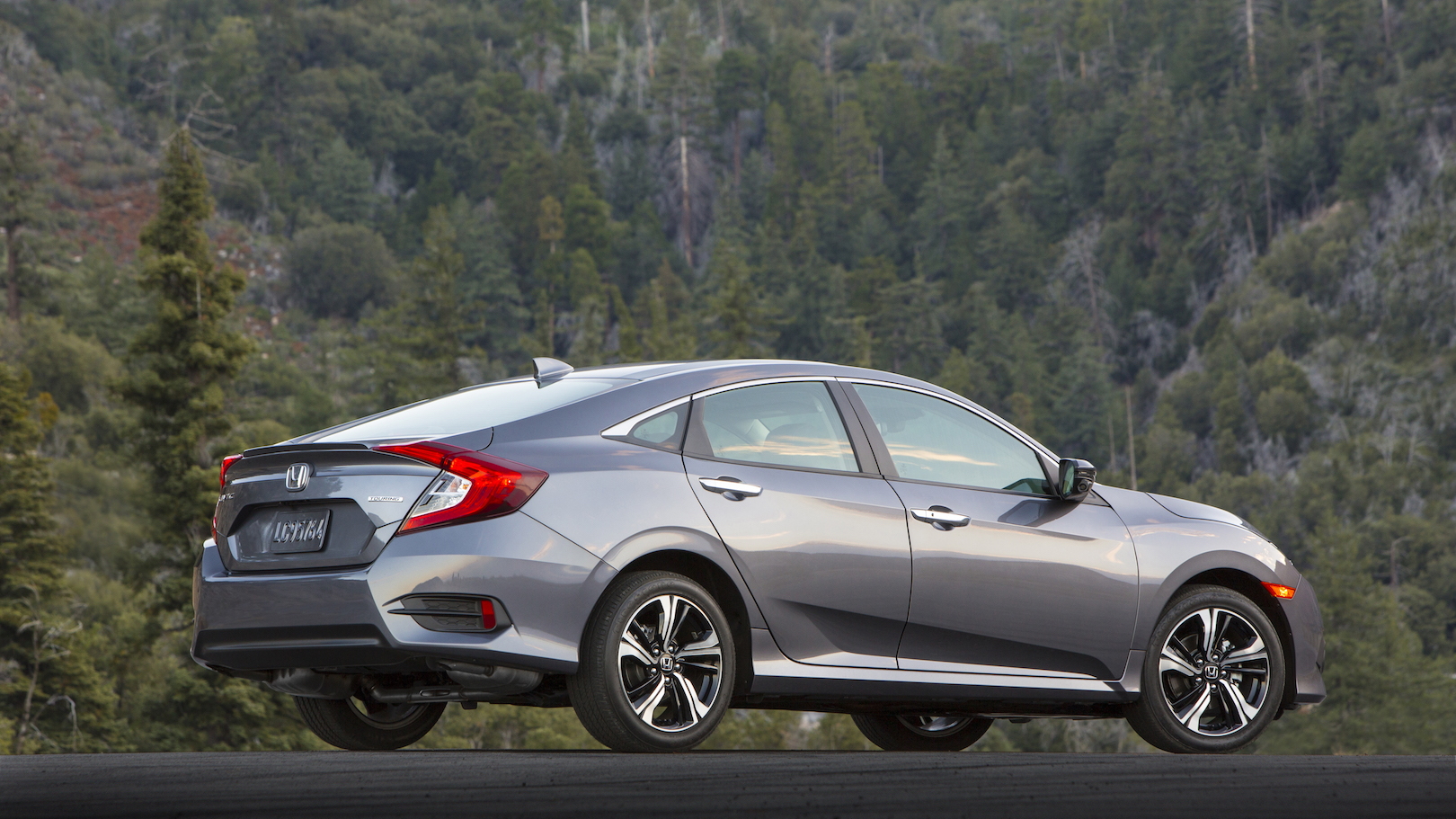 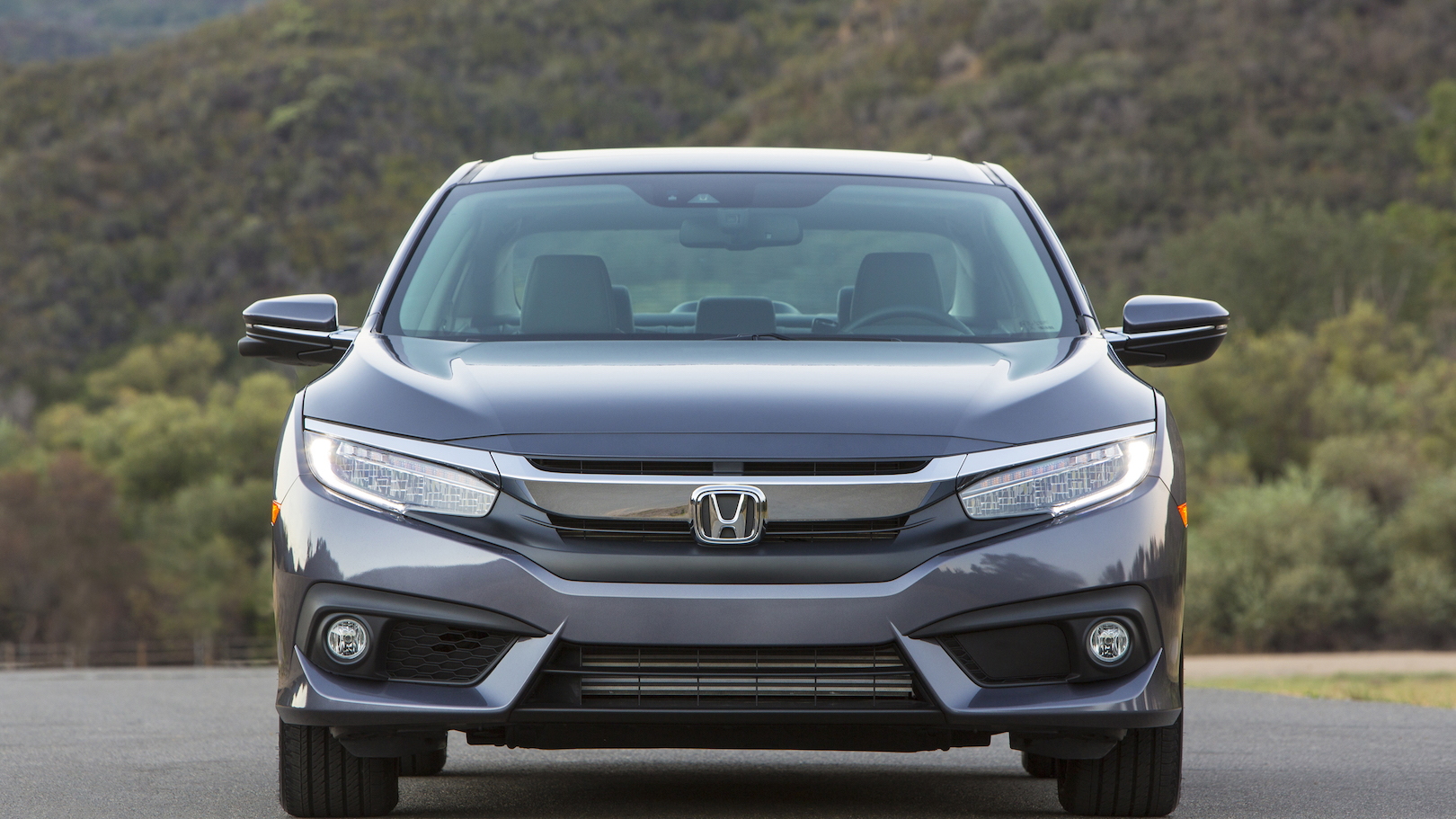 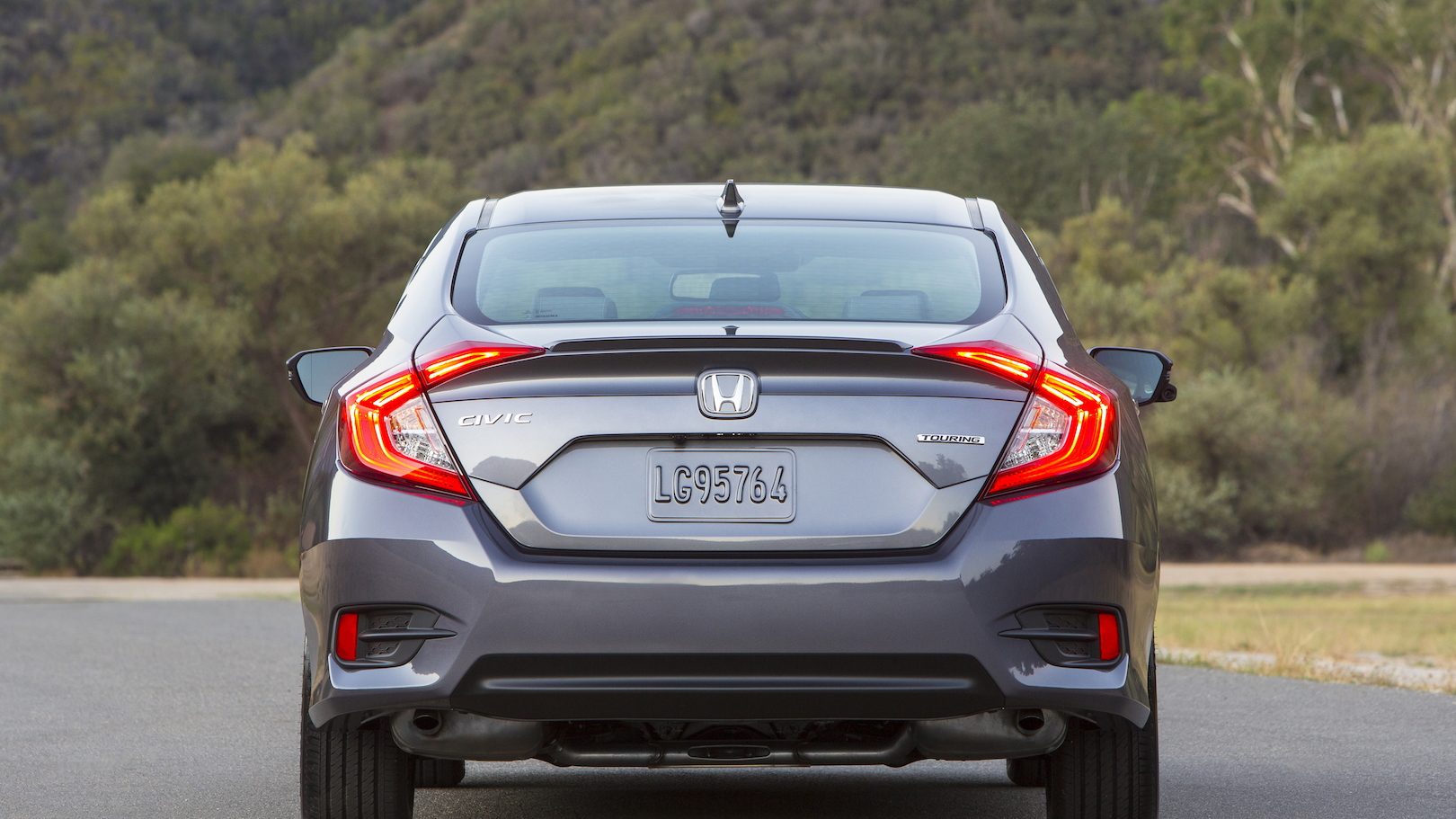 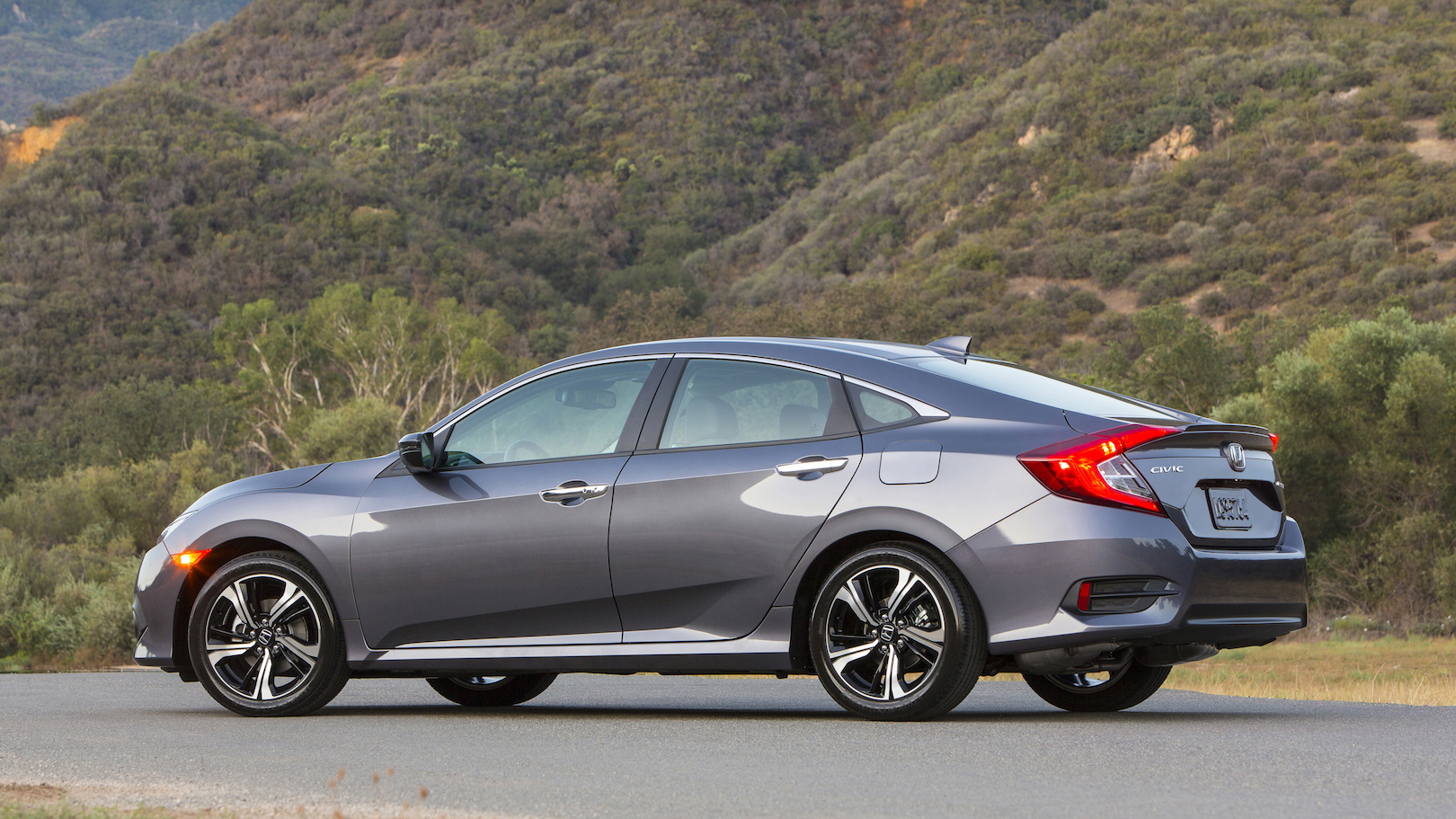 Following last month’s first look, Honda has now released full details on its 10th-generation Civic, including the car’s all-important pricing information. Unfortunately, we still only have details on the new Civic Sedan, but we can confirm that the stylish four-door will eventually be joined by a new Civic Coupe and even a Civic Hatchback. The best part is that we’ll finally be getting a high-performance Civic Type R with this 10th-generation model, with a prototype based on the Civic Hatchback recently spotted testing.

The Civic Sedan has just arrived in showrooms, as a 2016 model. It is priced from $19,475, which nets you a base LX, and tops out at $27,335 for the fully-packed Touring. Both figures include a standard $835 destination charge. The Civic Coupe will follow in the winter and the Civic Hatchback will arrive sometime next year. Unfortunately, we’re hearing that the Civic Type R might not be available until 2017.

All 10th-generation Civics share a common platform that’s vastly superior to anything we’ve previously seen in Honda’s humble compact. Torsional rigidity is improved by 25 percent, aided in part by more intensive use of ultra-high-strength steel. And despite a slightly larger size, the Civic Sedan’s body is 68 pounds lighter than in the previous generation. It's nearly 2 inches wider and 1 inch lower with a 1.2-inch longer wheelbase, giving it one of the biggest cabins in its class, Honda says. The curb weight of the lightest variant comes in at just 2,742 lb.

The suspension is also completely new, with redesigned MacPherson struts up front and a new multi-link rear setup mounted to an ultra-rigid rear subframe. The suspension is also lower, which combined with a lower floor and engine should lead to a lower center of gravity. Other features aimed at improving the ride and handling include hydraulic compliance bushings, variable gear ratio steering, beefier front and rear stabilizer bars, and brake-based torque vectoring. The standard wheels are 16-inch steel units with 215/55 all-season tires.

Two powertrains are available at launch, though contrary to previous information only one of them is turbocharged. The base unit is a 2.0-liter four-cylinder with 158 horsepower and 138 pound-feet of torque. Those seeking more power can opt for a turbocharged 1.5-liter four with 174 hp and 163 lb-ft on tap. Further down the track Honda will add its new turbocharged 2.0-liter four-cylidner with VTEC variable timing. This mill, which is capable of delivering more than 300 hp, will be fitted to the new Civic Type R and possibly new versions of the Civic Si.

The cabin design remains much same as in the outgoing model, albeit with the two-tier instrument cluster replaced by a more conventional single-cluster design. There's an additional 3.7 cubic feet of interior space with 2 inches of added rear-seat legroom versus the outgoing model. Anyone opting for EX trim (one above the base LX) and above will also get folding seats in the rear with a 60/40 split.

When it comes to tech, the new Civic Sedan is available with LED headlights as well as smartphone integration for both Apple and Android devices. There is also a seven-inch touchscreen display. Finally, Honda is offering a suite of electronic safety and driver aids known as Honda Sensing. It includes Collision Mitigation Braking, Road Departure Mitigation and, for the first time in a Honda, Adaptive Cruise Control with Low-Speed Follow traffic crawling.

For driving impressions on the 2016 Honda Civic Sedan, read the in-depth first drive report at The Car Connection.