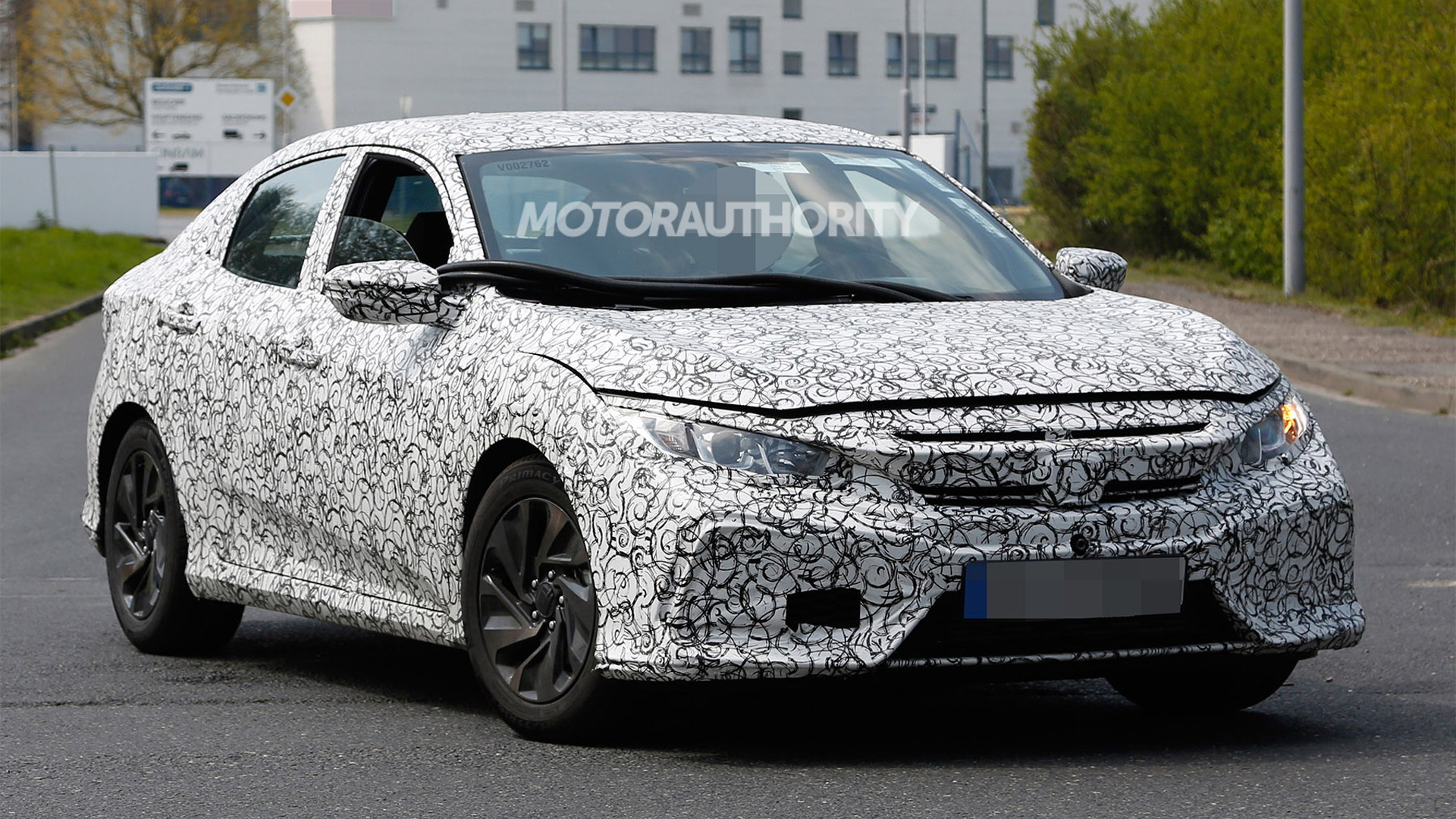 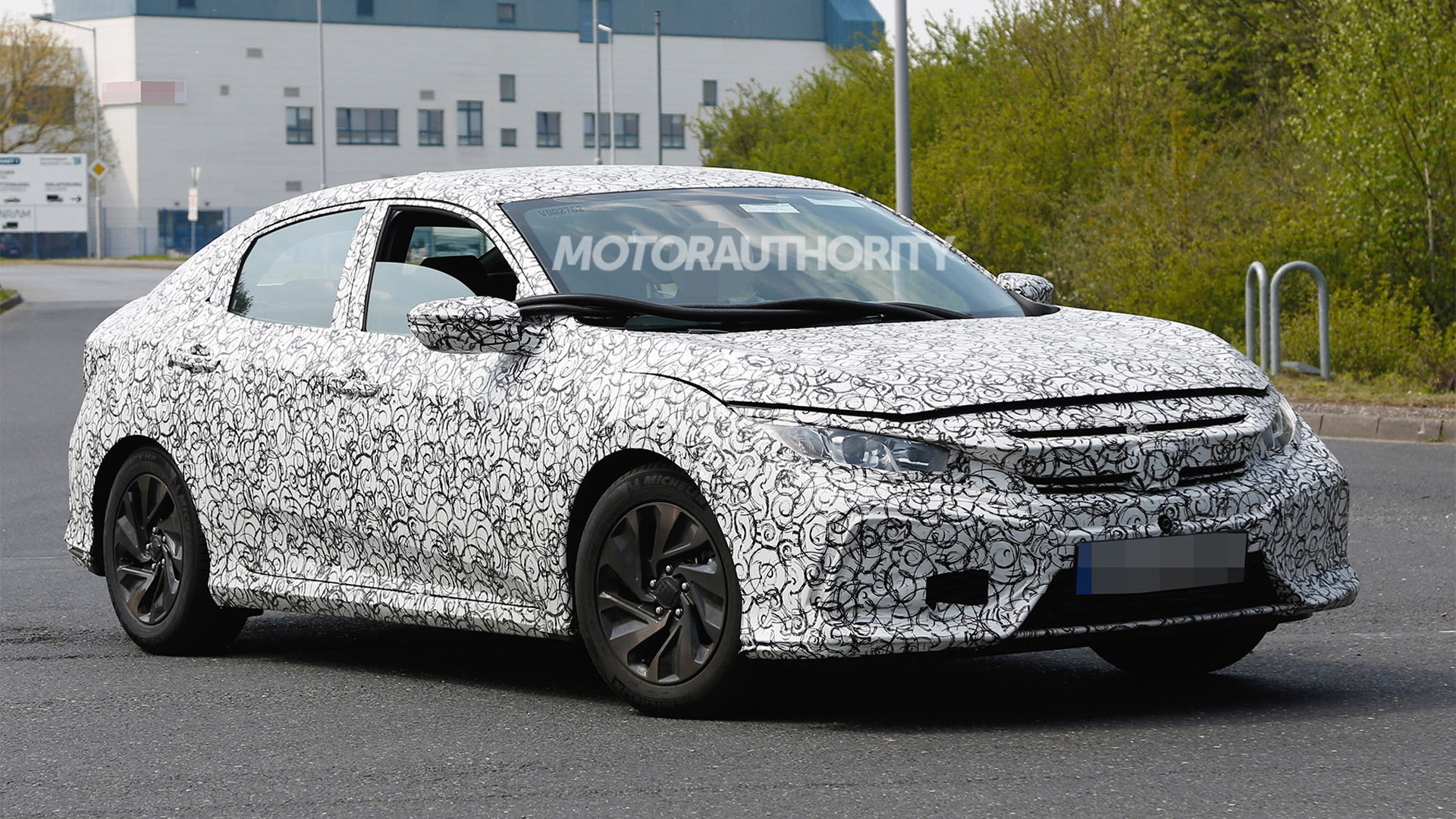 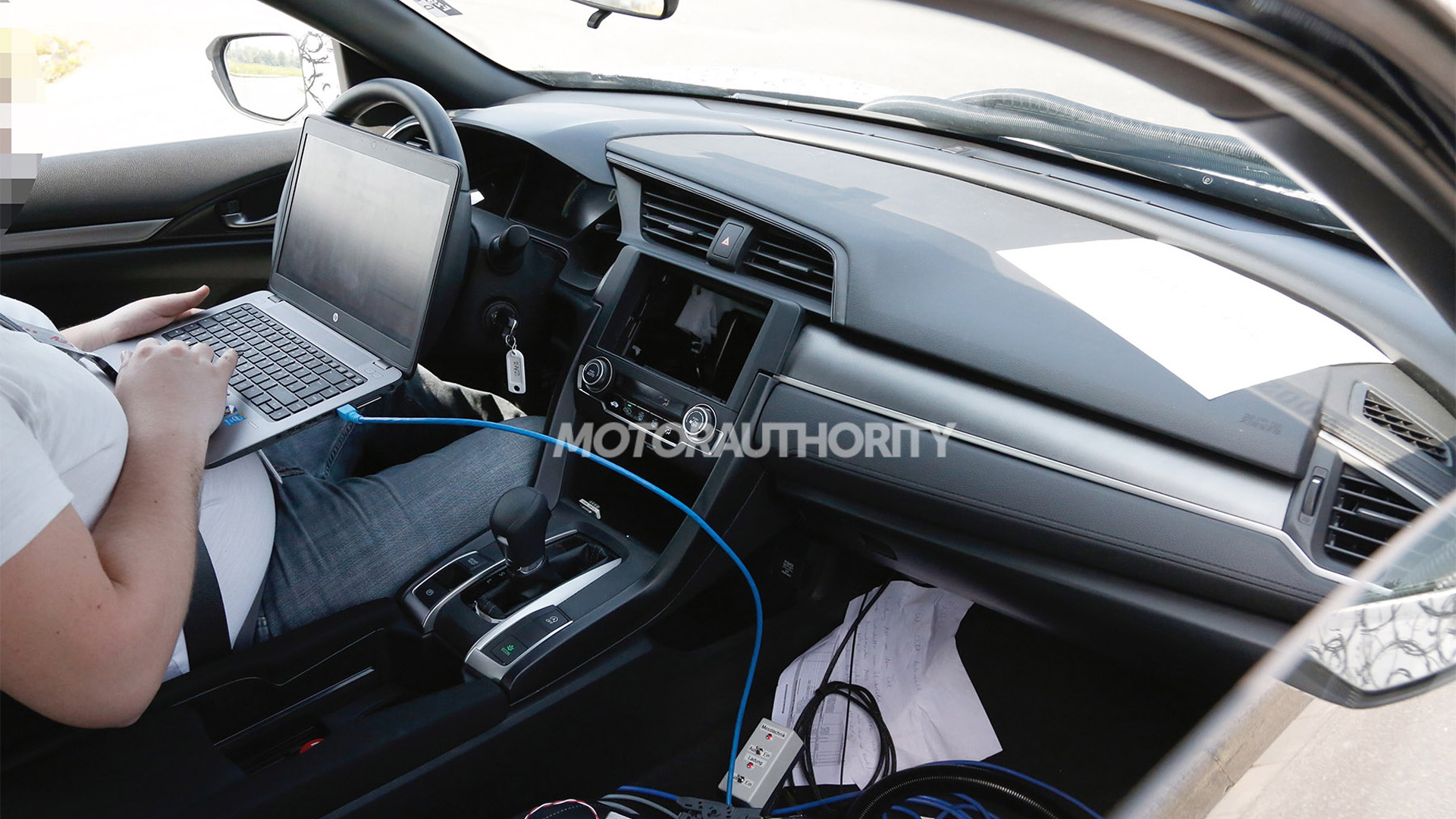 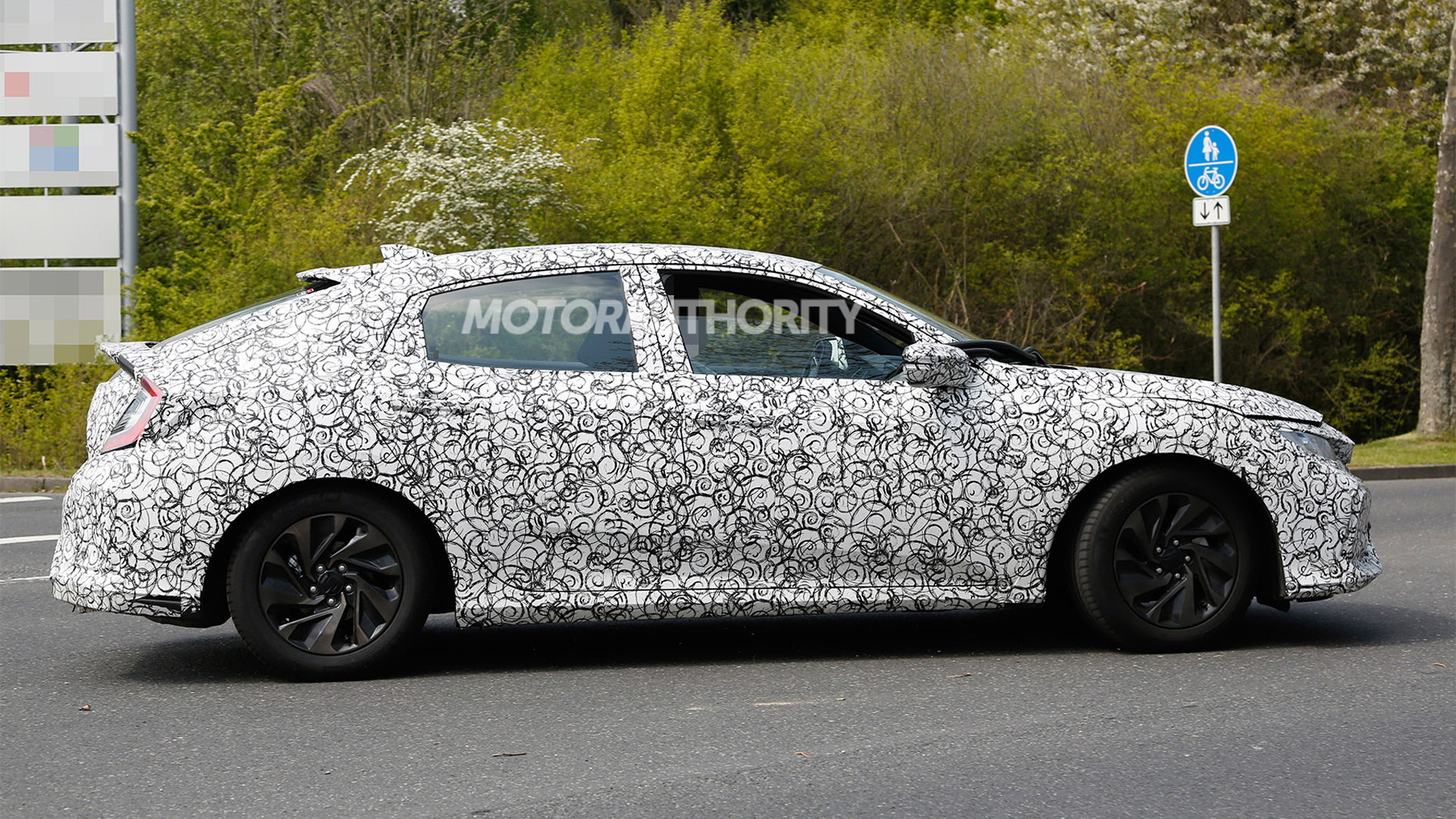 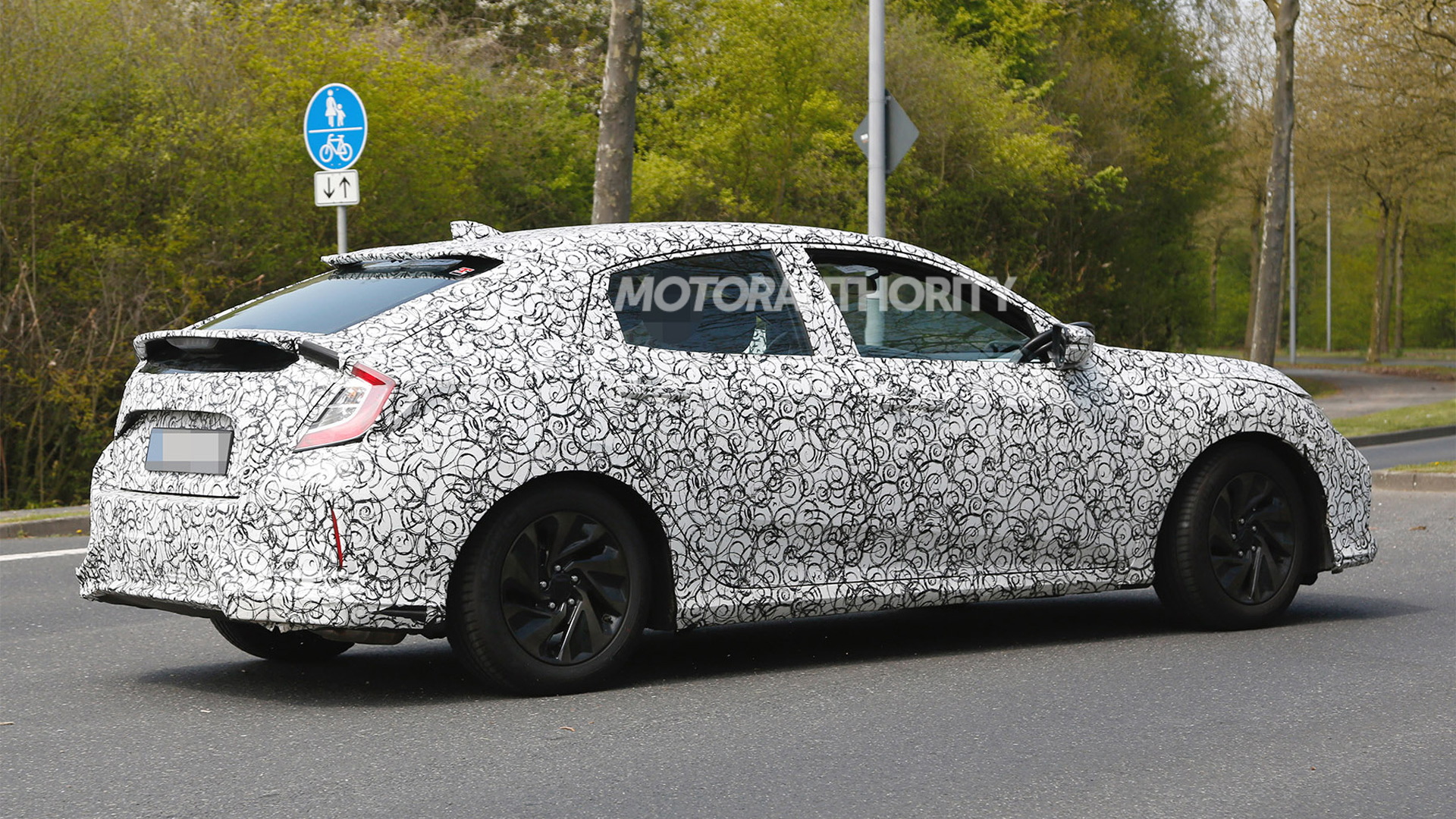 Honda’s all-new, 10th-generation Civic is already on the market as a sedan and coupe but there’s a third bodystyle coming down the line: the hatchback.

We were treated with a preview of the hatchback in the form of a thinly-veiled “prototype” version unveiled in March at the 2016 Geneva Motor Show and now we’ve spotted some prototypes out testing in the wild.

The new hatchback will go on sale later this year, as a 2017 model, and will initially be offered with only one engine option. That option will be the turbocharged 1.5-liter 4-cylinder already found in the sedan and coupe, where it delivers 174 horsepower.

We’re glad to report that by the time the hatchback arrives, the turbocharged 4-cylinder engine will be available with a 6-speed manual across the range. Currently, it’s only available with a CVT.

That’s not all performance fans can look forward to. Honda is also working on a Si and Type R variants, the latter of which has been spied in prototype form. Both are expected to come with a turbocharged 2.0-liter 4-cylinder. This engine, already found in the outgoing Type R, produces as much as 305 hp. Hopefully we’ll see a similar figure in the new one.

Both the Si and Type R variants are due next year.