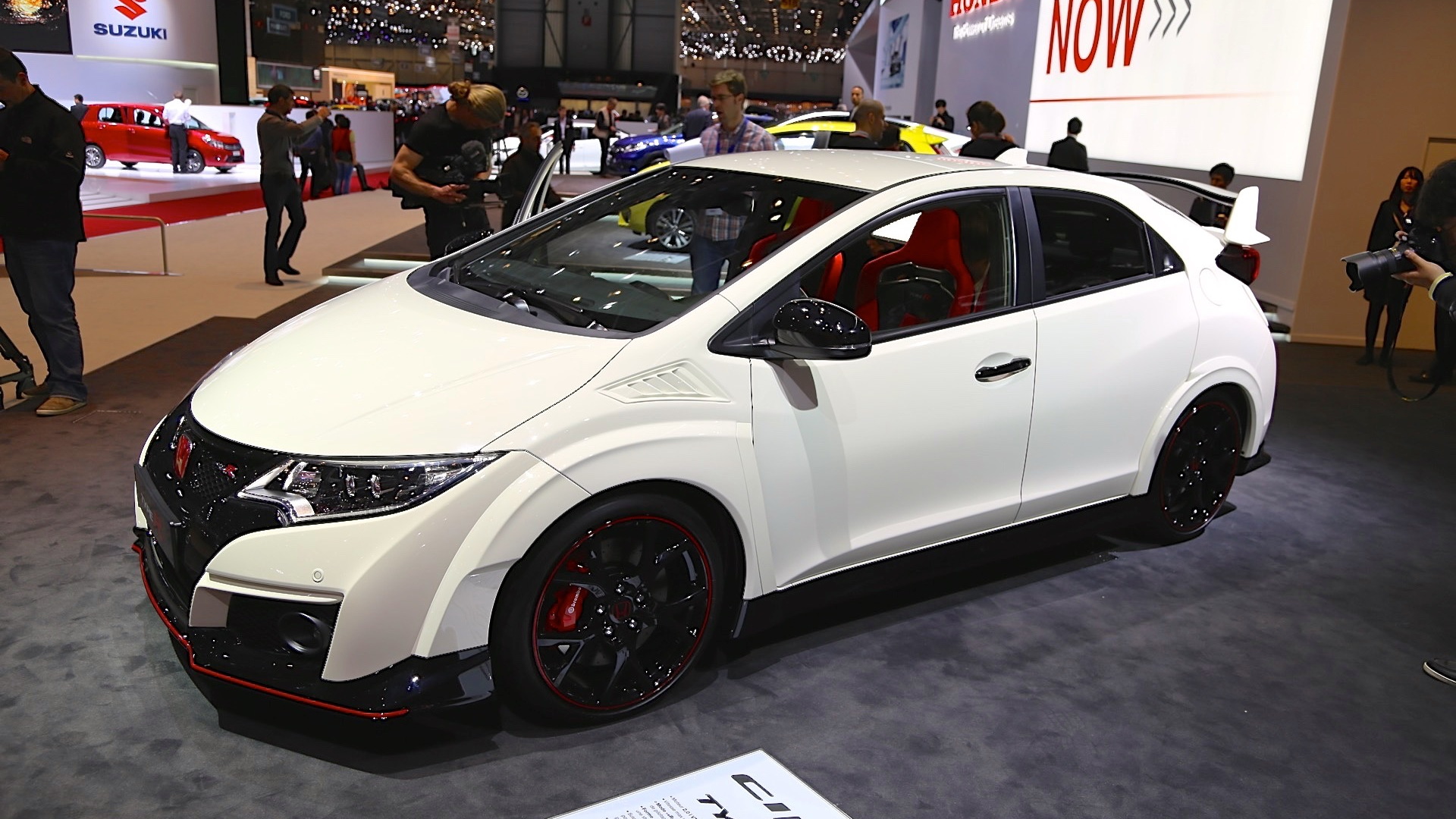 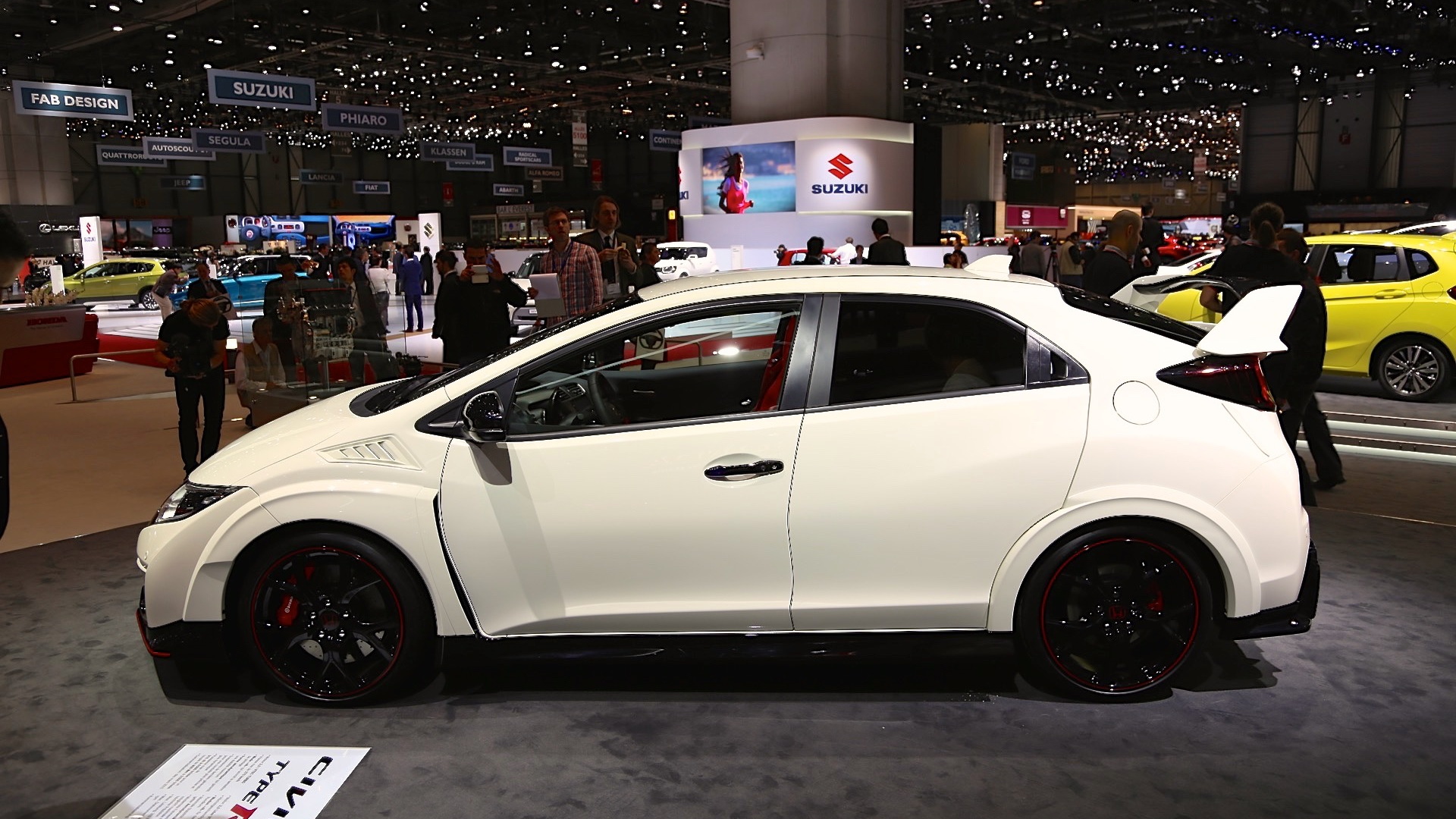 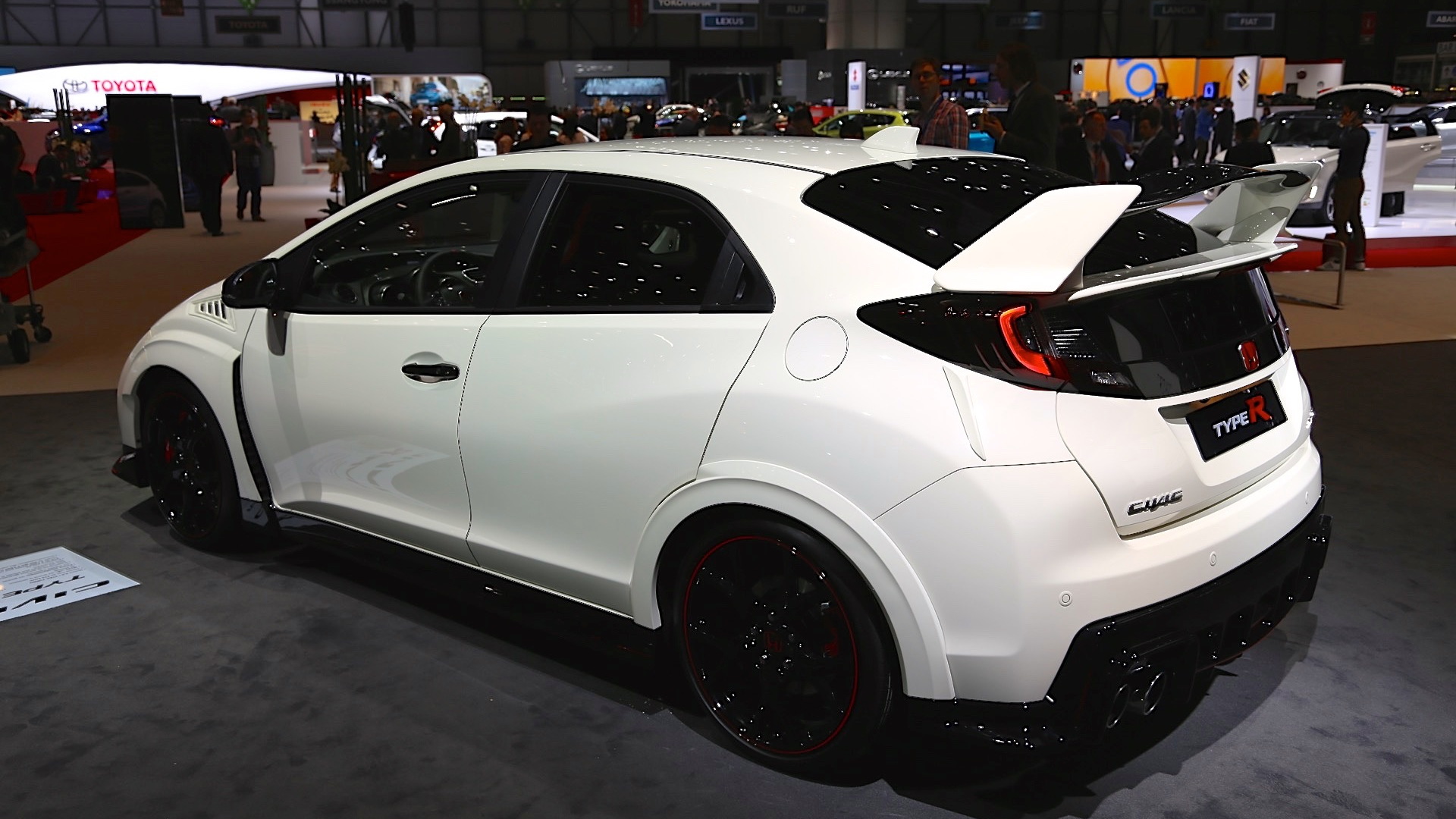 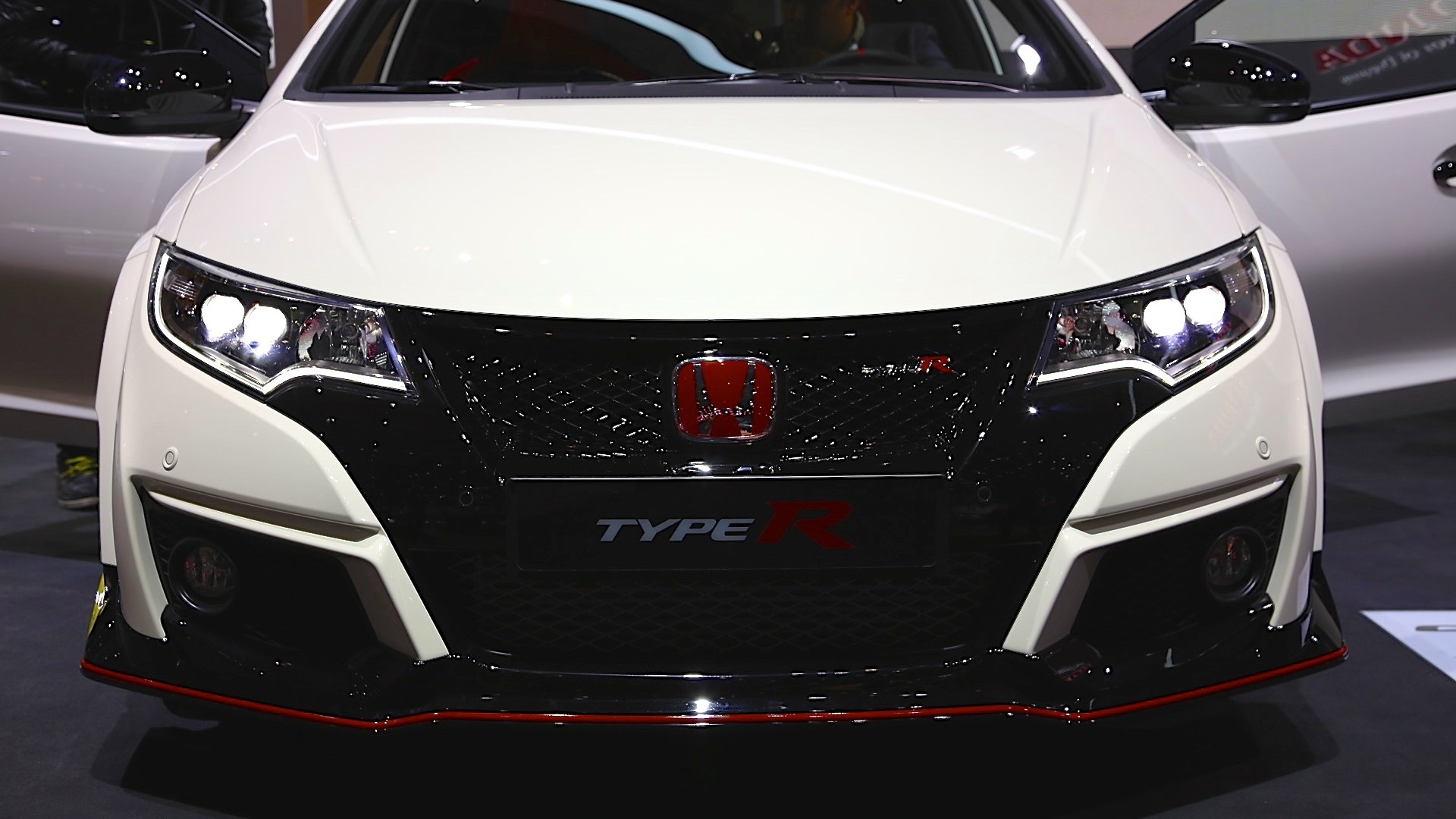 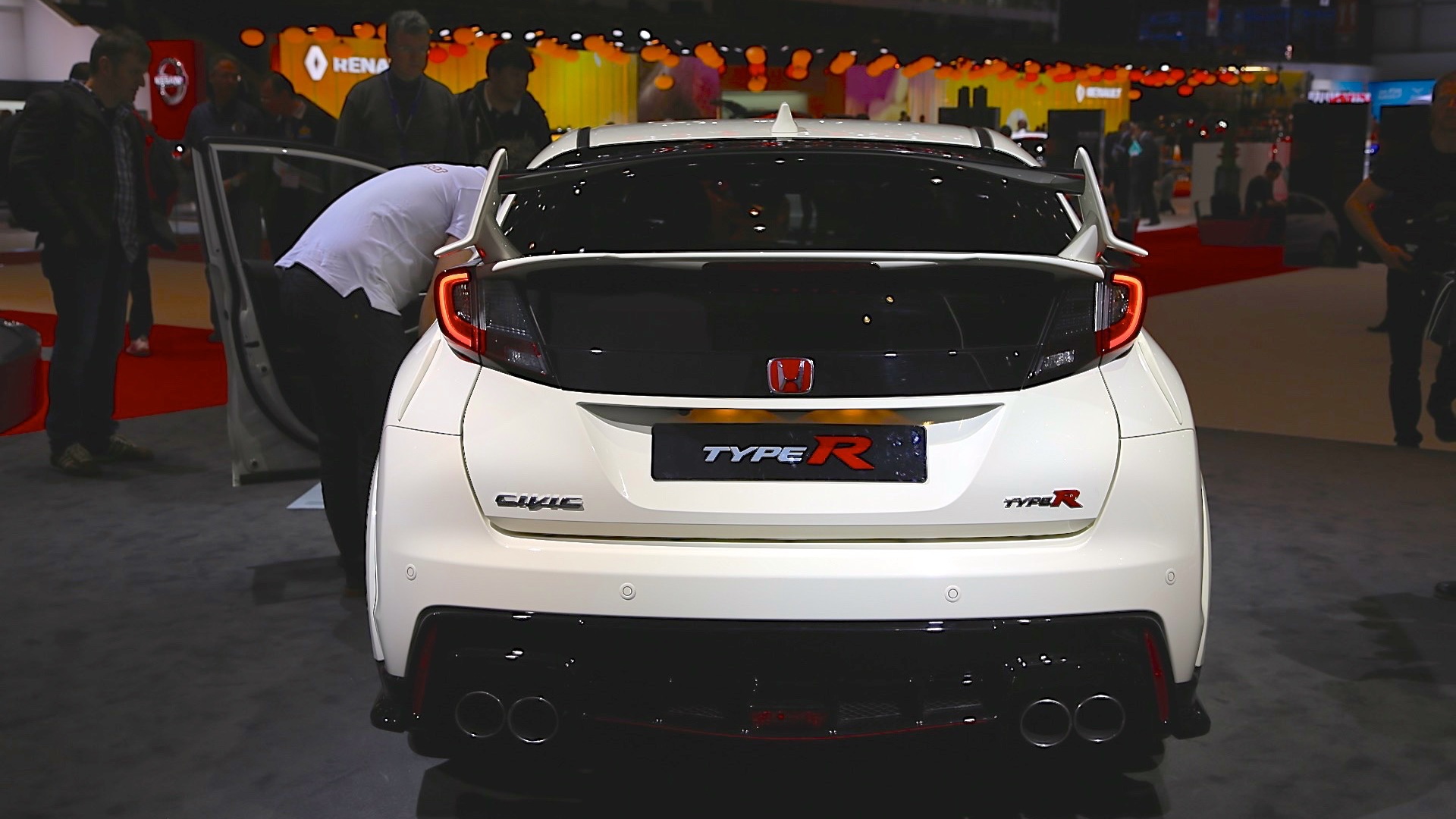 After what seems like an excessively long gestation period for what’s essentially a hotted-up variant of a car already on sale—Honda says the development was five years—the new Civic Type R is finally here. The awesome hot hatch has been revealed at the 2015 Geneva Motor Show and will be going on sale in Europe by the summer. It has also been confirmed that the car has set a new front-wheel-drive Nürburgring lap record time of 7:50.63.

The Civic Type R, which has debuted in its Championship White hero color, is based on the Civic econo car sold outside the U.S. but has been spotted testing on local soil. There have even been reports that the car may be offered locally, though we’re yet to receive confirmation that it’s coming. What Honda has confirmed is that a version of the car’s turbocharged 2.0-liter four will end up in some models here. The engine is even set to be produced at a plant in Anna, Ohio.

The engine combines turbocharged power with Honda’s VTEC variable timing. Peak power is 305 horsepower, developed at 6,500 rpm, and peak torque is 295 pound-feet of torque arriving at a relatively low 2,500 rpm. The engine’s rev limit is set at 7,000 rpm. Initial performance claims for the Civic Type R include a 0-62 mph time of 5.7 seconds and a top speed of 167 mph.

To ensure stability at high speed, the Civic Type R is fitted with a host of mods aimed at boosting downforce. Specific elements include an almost completely flat underbody, a rear diffuser, a rear spoiler, deep side skirts, and a wide front splitter. The front bumper has also been shaped specifically to inhibit air turbulence around the wheels, cutting drag and further enhancing high-speed stability.

The steering is electronic and can be adjusted, along with various other chassis and drivetrain systems, by way of a new +R button located in the dash. When the +R mode is activated, engine responsiveness is heightened, with torque-mapping changed to a more aggressive and performance-focused setting. Steering receives reduced power assistance and is therefore more responsive to driver inputs, and basic damping force from the new dampers is increased by 30 percent.

Heat management was another major focus for the engineering team. In this regard, the Civic Type R features enlarged upper and lower grilles in the front bumper, vents above the wheels on the front quarter panels and vents at the trailing edges of the front wheel arches to provide greater cooling and ventilation for the engine and brakes. Those brakes, by the way, are beefy Brembos, with four-piston calipers and 13.7-inch discs found at the front. The brakes sit within a set of 19-inch alloys shod with 235/35 tires.

Honda will also offer the Civic Type R with a GT Pack that adds a number of visual cues as well as some premium features such as ambient lighting and an eight-speaker audio system. The GT Pack also includes Honda’s Advanced Driver Assist System, which includes driver aids such as automatic braking, lane departure warning, cross traffic and blind spot alerts, and traffic sign recognition.