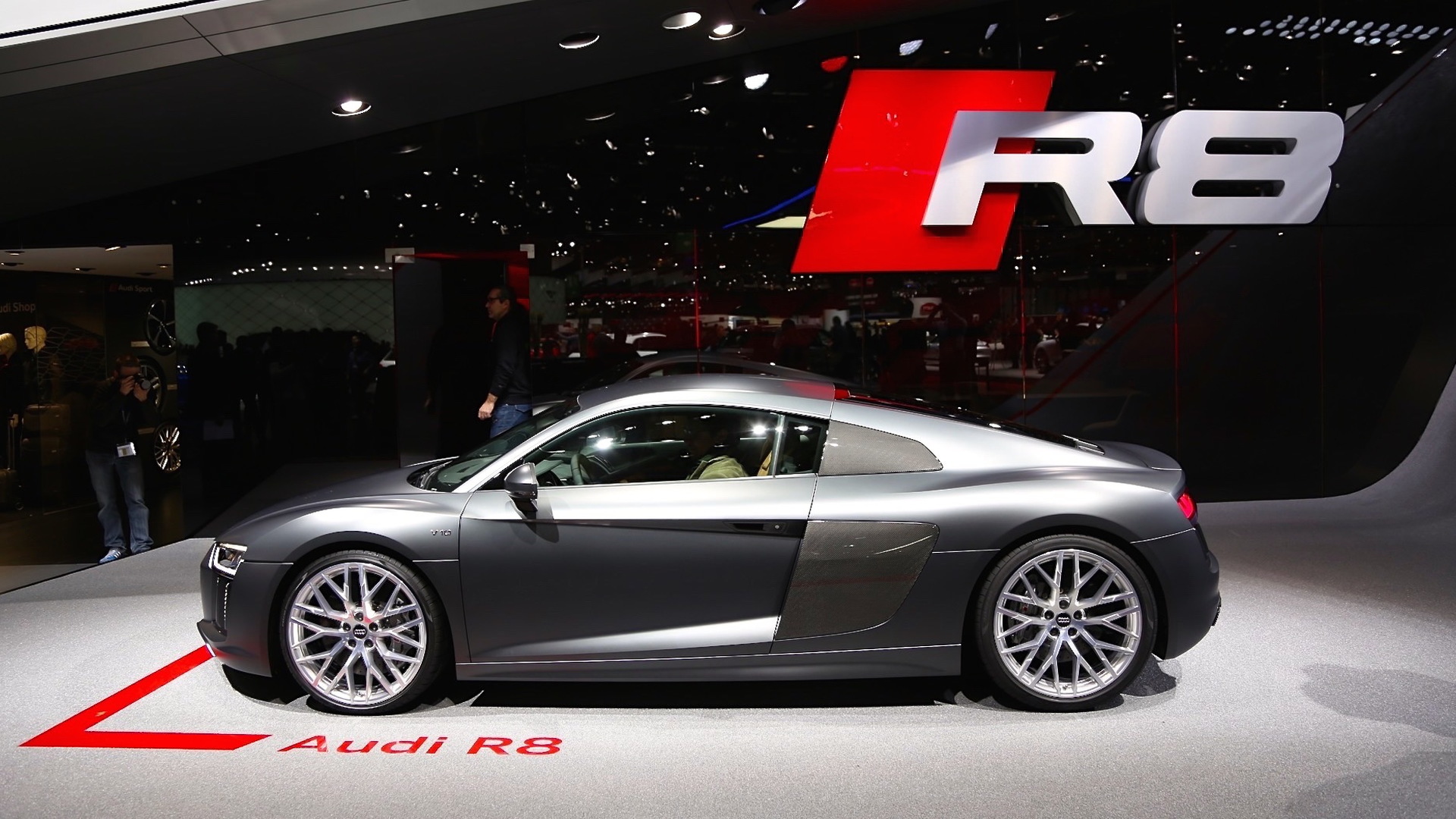 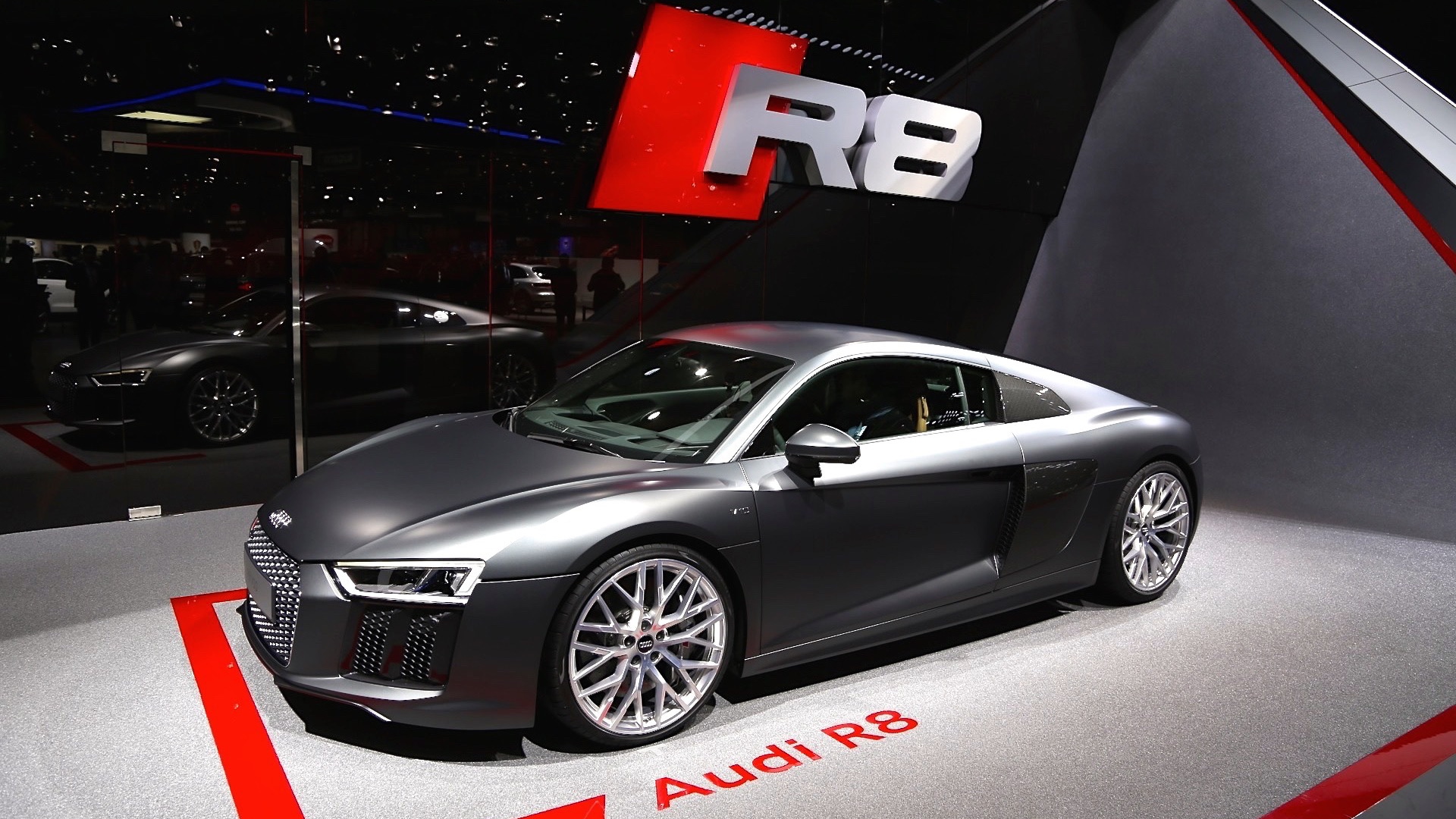 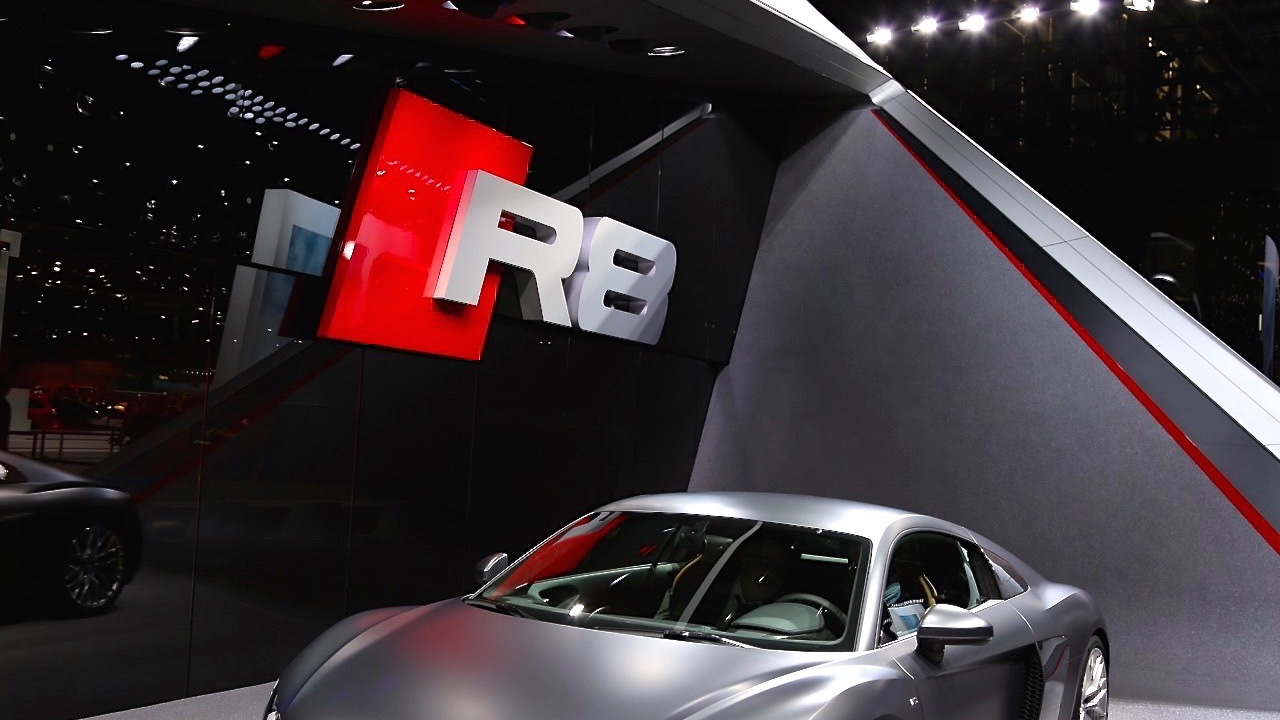 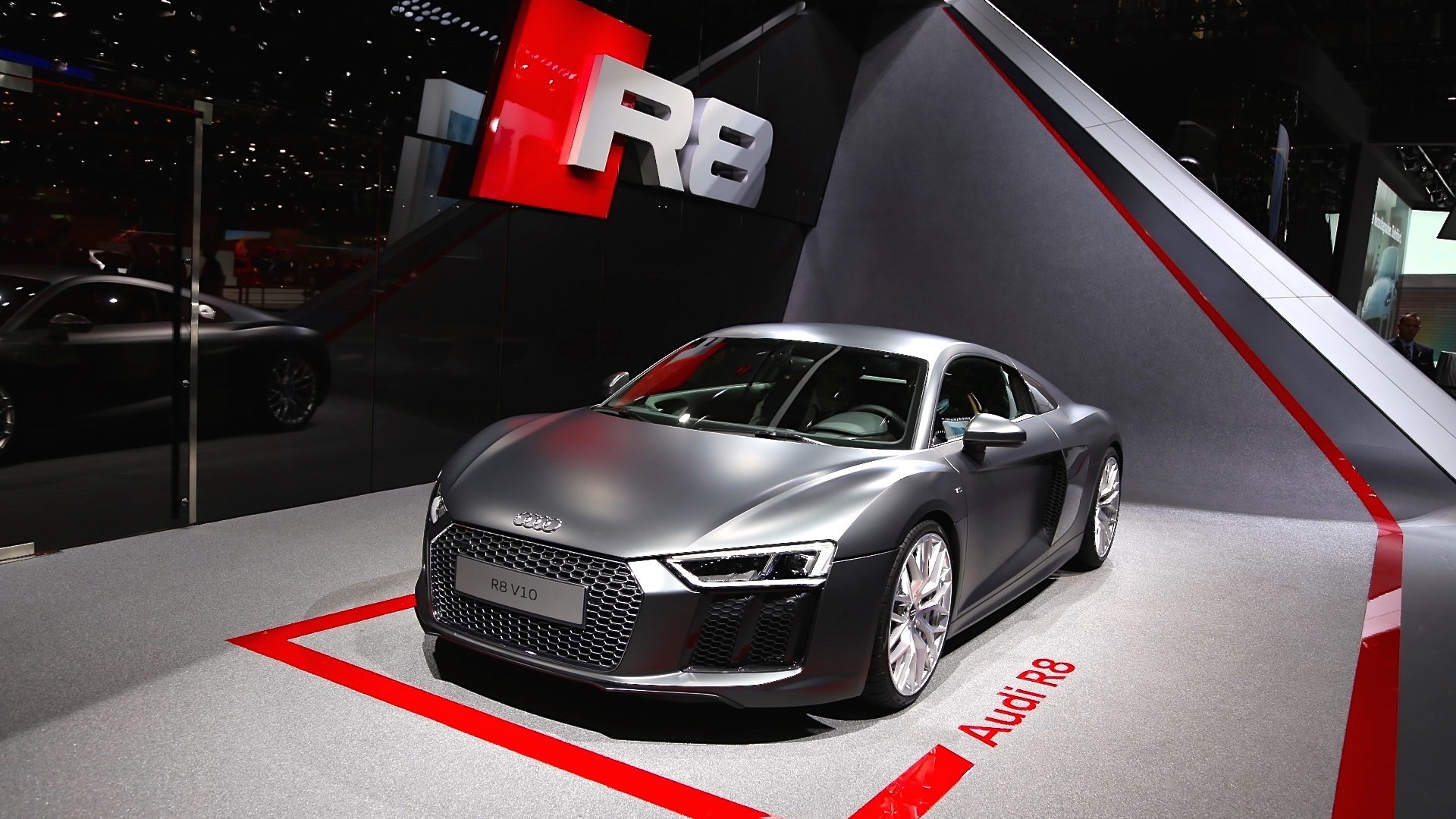 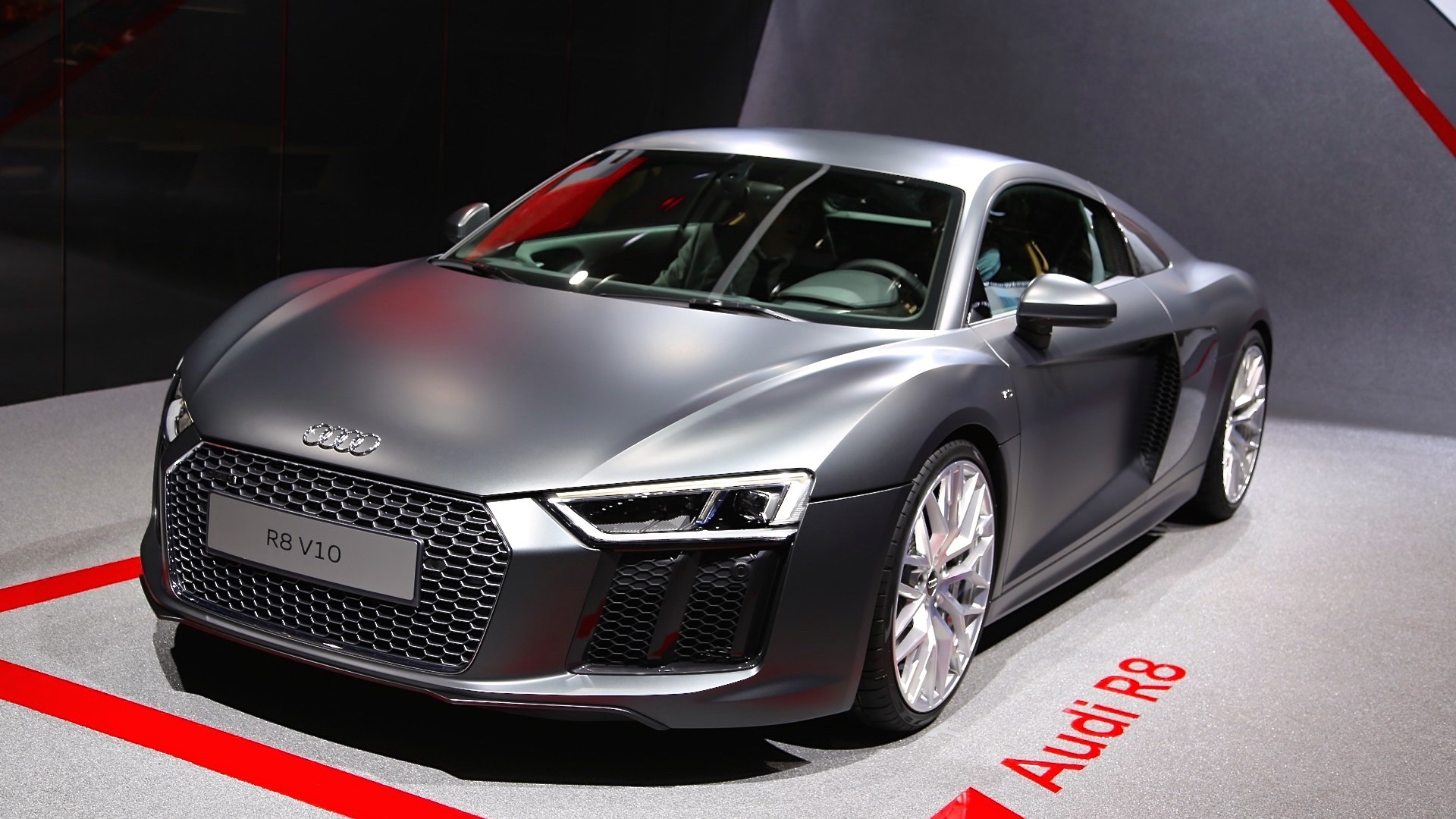 One of our favorite supercars is completely new again: the 2016 Audi R8 has debuted this week at the 2015 Geneva Motor Show.

Known and respected for its ability to blend daily-driver comfort with world-class handling and pace, the first-generation Audi R8 ran from 2007 through 2016 as the brand’s halo car. Now, it’s fresh once again.

As is Audi’s way, the look is no dramatic departure from the previous R8. It’s a clear and focused evolution of the R8 design premise, with crisper edges, cleaner lines, and slightly revised proportions, as well as entirely new details. Inside, the look is updated too, with driver-centric controls intended to emulate the feel of an Audi race car. New sport seats with integrated headrests or optional “more radical” bucket seats (likely not to be offered in the U.S.) are also offered.

A 12.3-inch display is centered in front of the driver, much like the display first shown at CES and fitted to the new Audi TT. In the R8, this display offers not only the typical infotainment and instrument information, but also a performance mode with g-force graph, power and torque output, and a shift light indicator. Audi’s latest generation of MMI is powering all of the information, performance data, and more behind the scenes, and is more visually powerful than ever thanks to the Nvidia T30 processor.

But the real changes lie beneath the skin.

Built around a new aluminum and carbon fiber Audi Space Frame chassis, the 2016 Audi R8 weighs just 3,205.5 pounds dry—that’s a weigh savings of as much as 110 pounds over the previous model—including a body-in-white that is about 15 percent lighter than the previous R8’s, while managing a 40 percent increase in torsional stiffness.

Behind the occupants, a new choice of engines come in a familiar size and configuration: the 5.2-liter V-10 is now available in two forms. The standard version (dubbed the R8 V10 this time around) is rated at 532 horsepower, or buyers can opt for an upgraded 602-horsepower variant in the R8 V10 Plus. Peak torque in the V10 Plus is 413 pound-feet, available from 6,500 rpm.

The R8 V10 Plus boasts factory-claimed performance stats of 3.2 seconds to 62 mph and a top speed of 205.1 mph (330 km/h). Those figures match, almost identically, those of the R8’s corporate cousin, the Lamborghini Huracán—though the R8 is, ostensibly 1 hp stronger and 3 mph faster.

Gear shifts are handled by a 7-speed S tronic dual-clutch gearbox, which gains some new features for the 2016 model year. In addition to launch control, manual paddle shift mode, and its three automatic modes (comfort, auto, dynamic), the S tronic gearbox now offers a coasting function: when the driver lifts off the accelerator at speeds above 34 mph, the gearbox opens both clutches, allowing the car to coast without engine drag, thereby increasing gas mileage.

The quattro all-wheel-drive system the power is routed through is also new. Now able to route up to 100 percent of the engine’s torque through either the front or the rear wheels, as well as infinitely varied percentages, thanks to the inclusion of an electrohydraulic multi-plate clutch differential.

Under normal circumstances, 100 percent of the drive torque is sent to the rear wheels, but when the system detects slip or determines front-axle power is needed, it can divert it forward at will. The rear axle also features its own mechanical limited-slip differential to improve traction and dynamics.

All of this power-handling is aided by the chassis and its control systems, which include a double-wishbone aluminum suspension, optional adaptive magnetic ride dampers, and standard electromechanical power steering. An optional dynamic variable ratio steering system is also available, and is also electromechanical.