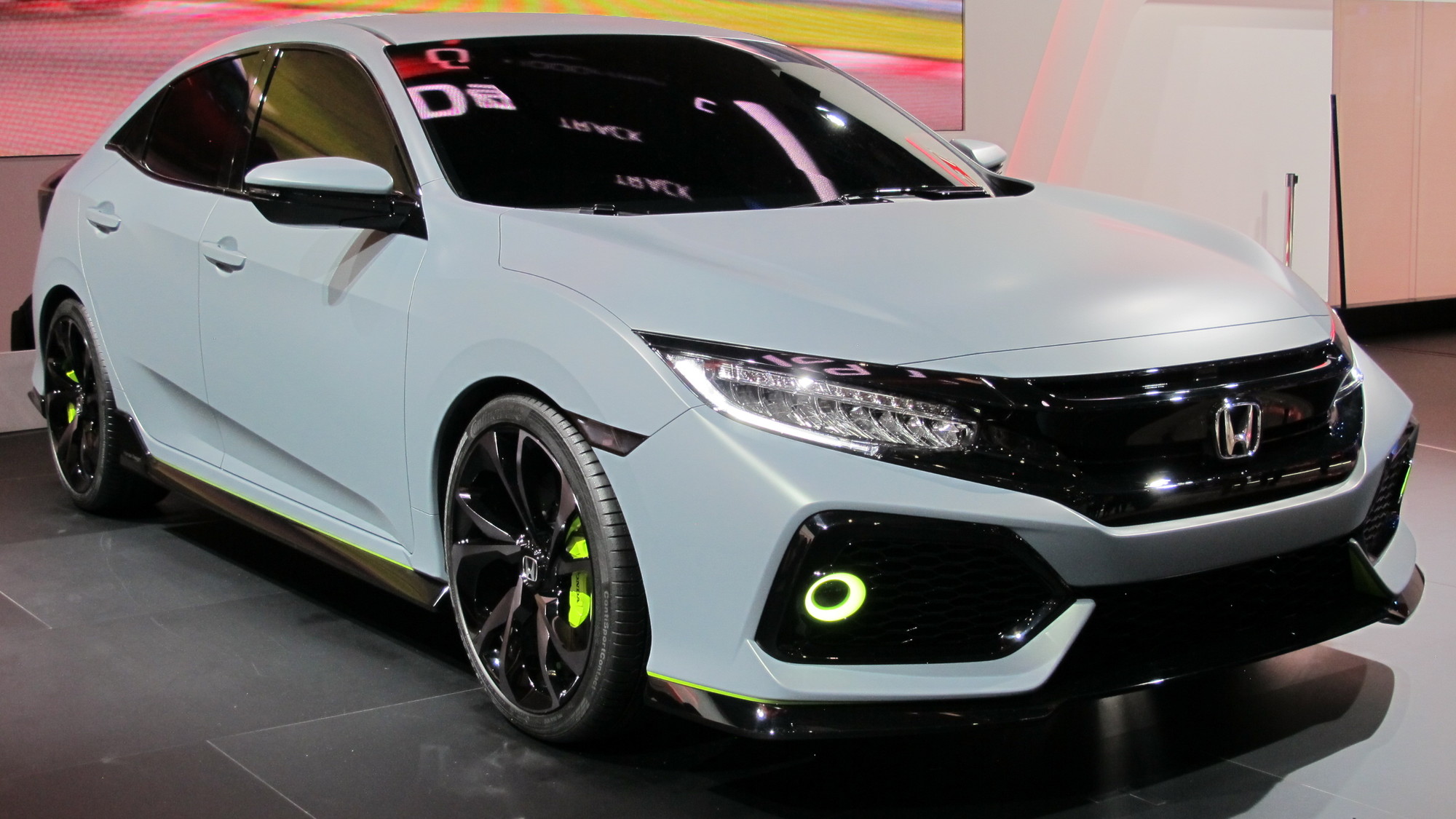 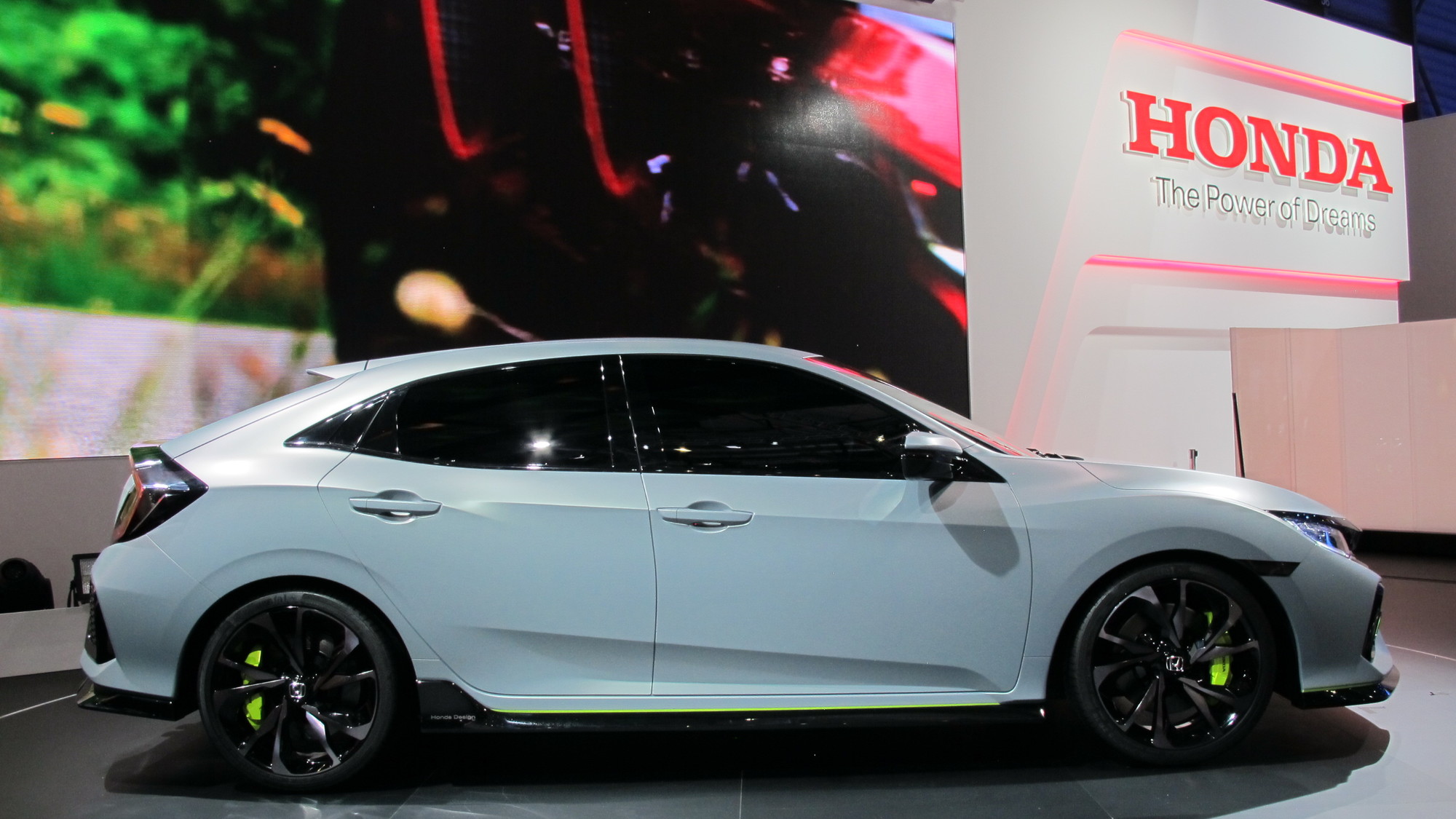 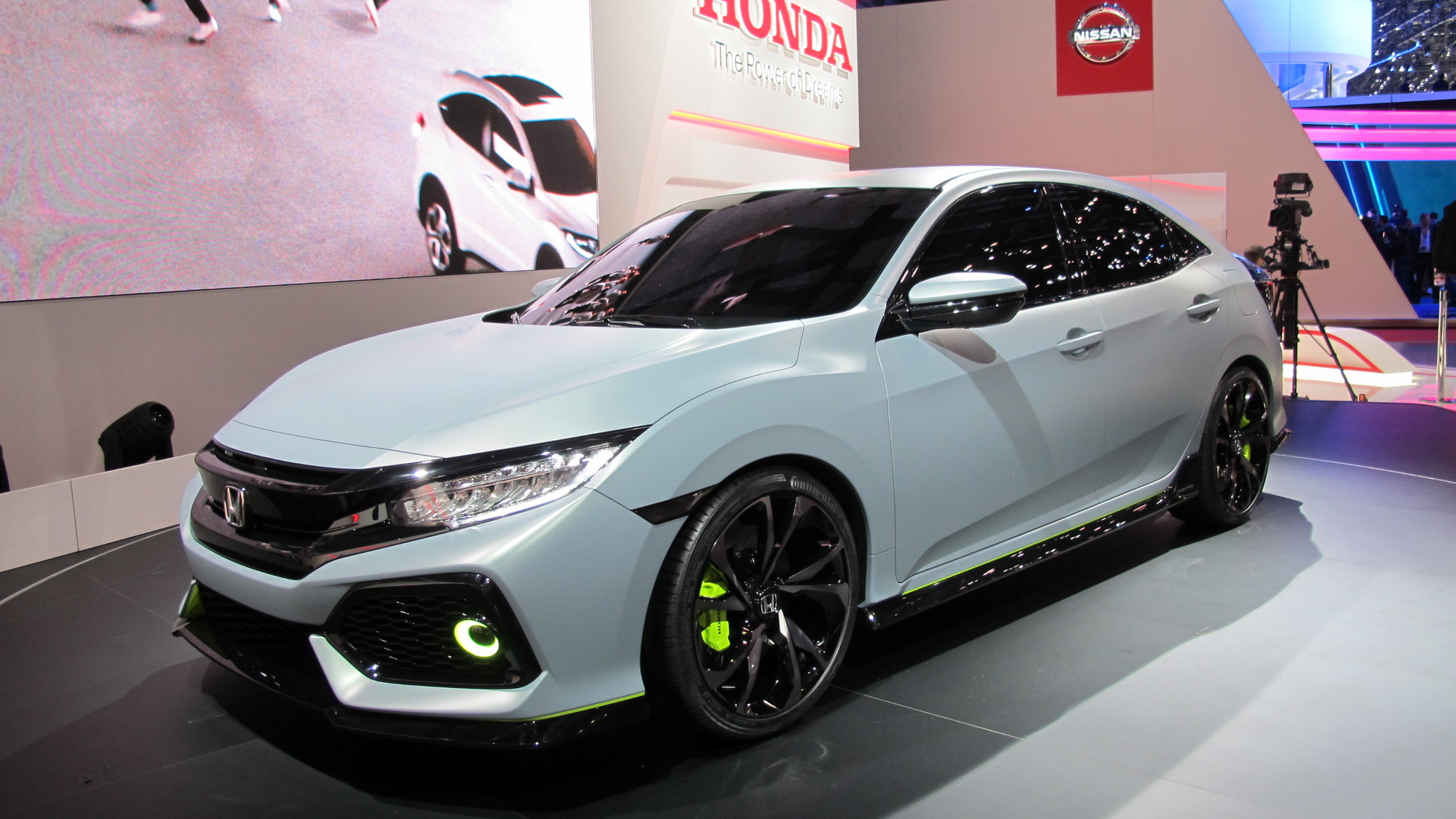 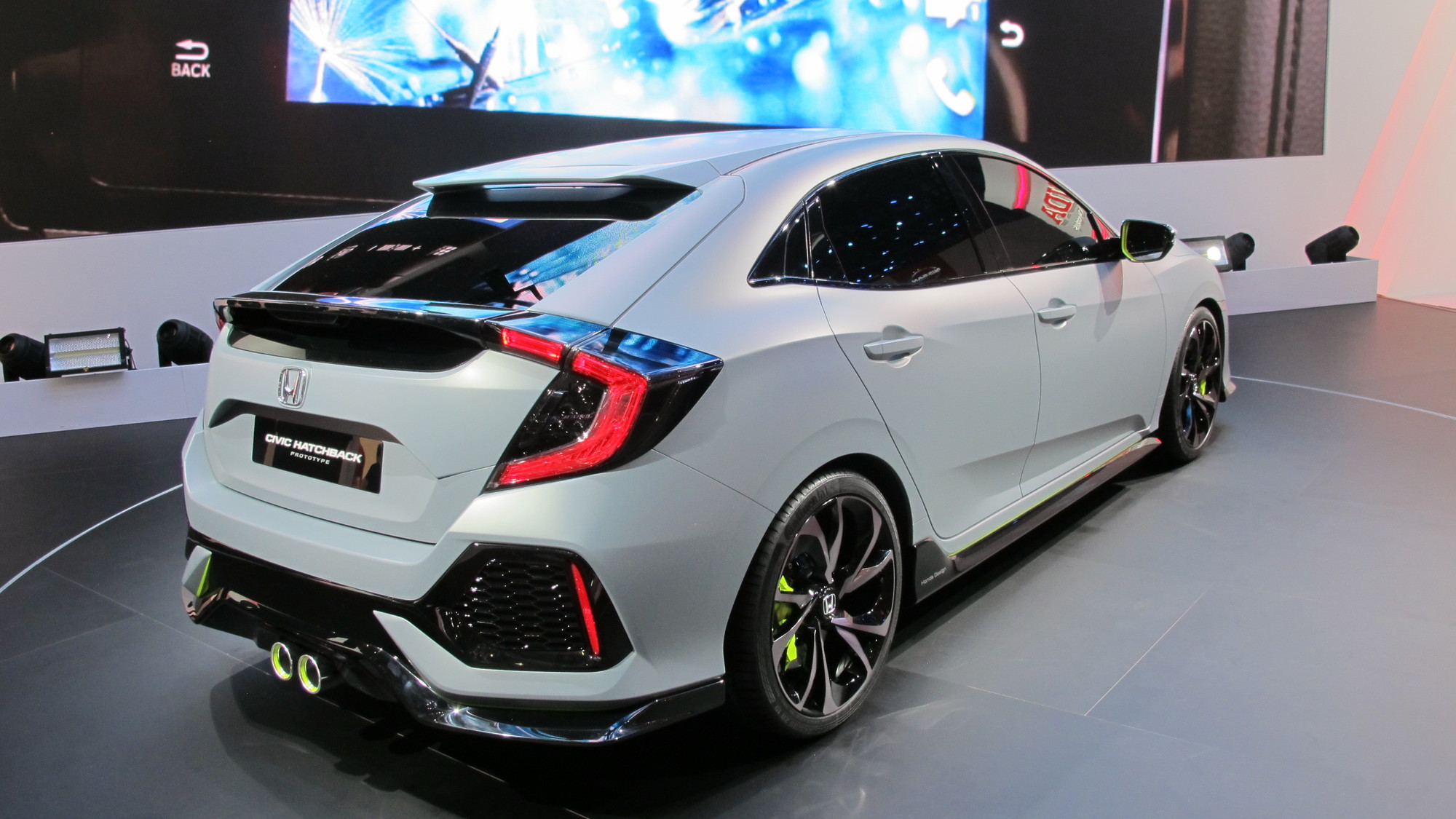 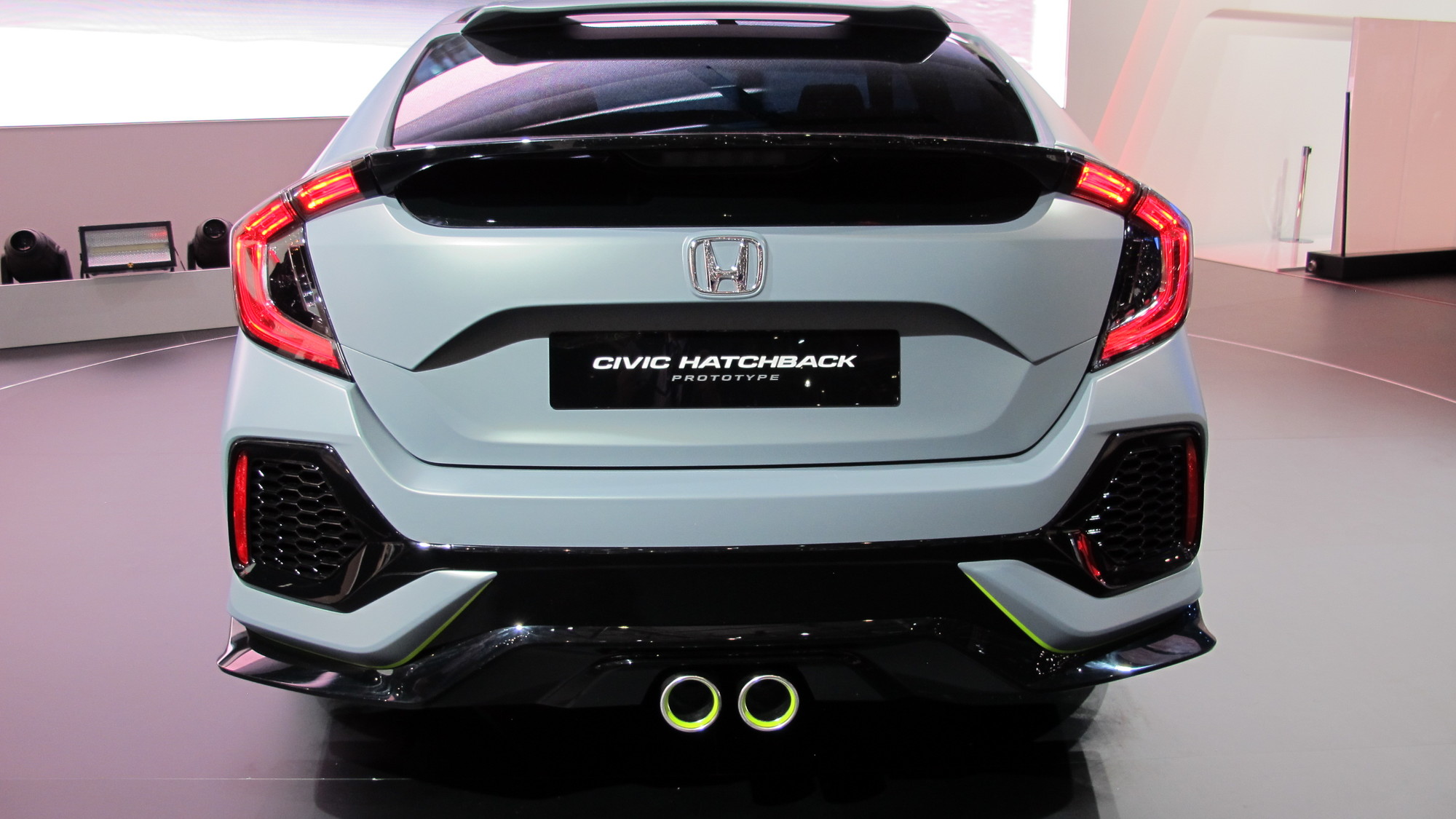 Honda’s 10th-generation Civic has been a huge success, with the car even taking out the prestigious 2016 North American Car of the Year award. But the show isn’t over yet as Honda is planning another, much more practical bodystyle for the range. We’re talking about the new Civic Hatchback, which is set to join its sedan and coupe counterparts early next year.

At this week’s 2016 Geneva Motor Show, Honda is previewing the vehicle with a thinly-veiled concept version. The concept, referred to as a “prototype” by Honda, showcases the exterior design of the five-door hatchback albeit in a somewhat sporty form. It’s clear Honda has ditched the tallish design of more recent Civic hatchbacks in favor of a low-slung design with a longer wheelbase and wider proportions.

But beyond the sporty proportions, it’s possible the distinct elements of the design such as the aggressive front bumper, center-mounted exhaust tips and oversized wheels reflect the look pegged for the new generation of the Civic Type R—the one that will be sold in the United States.