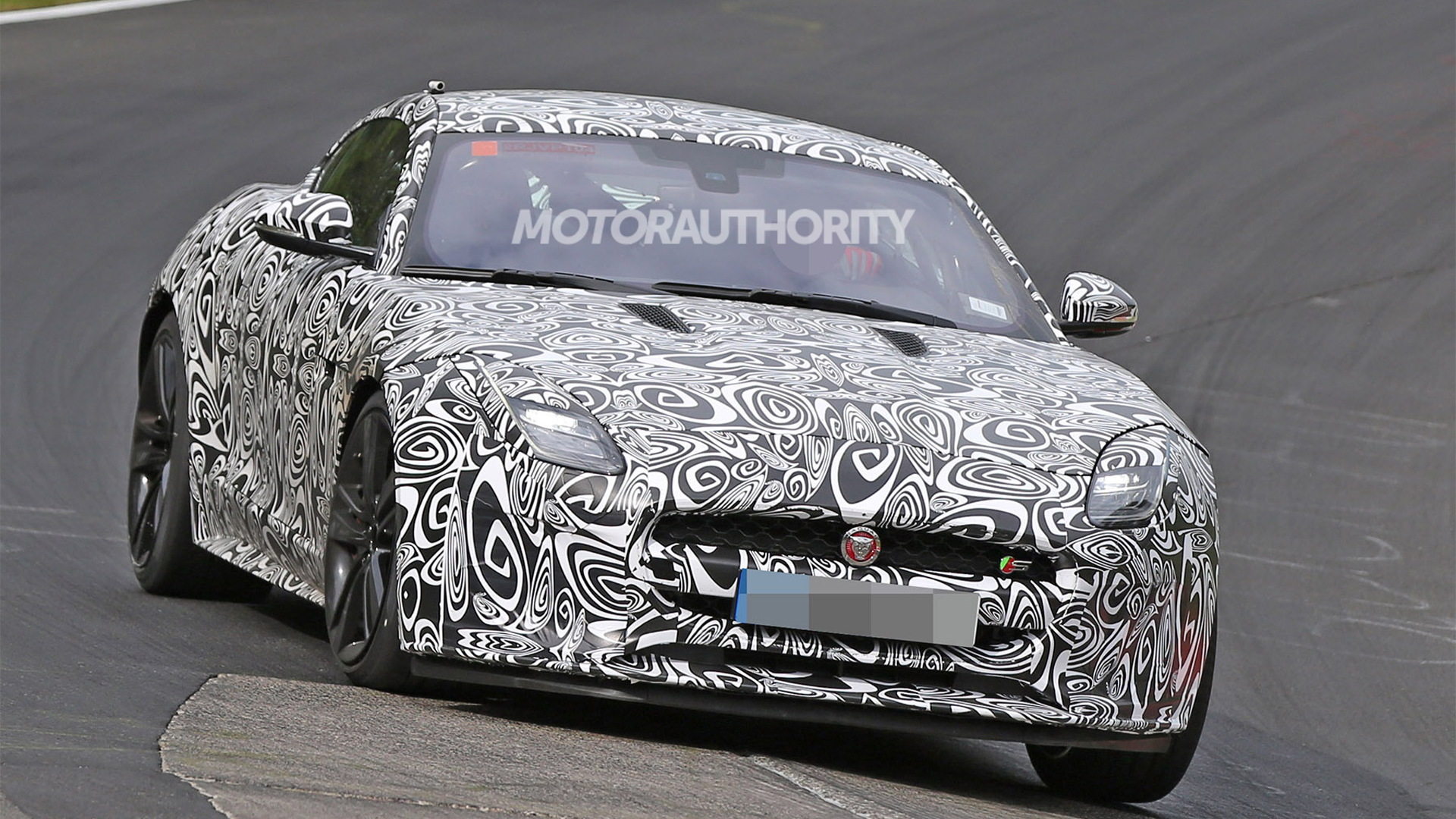 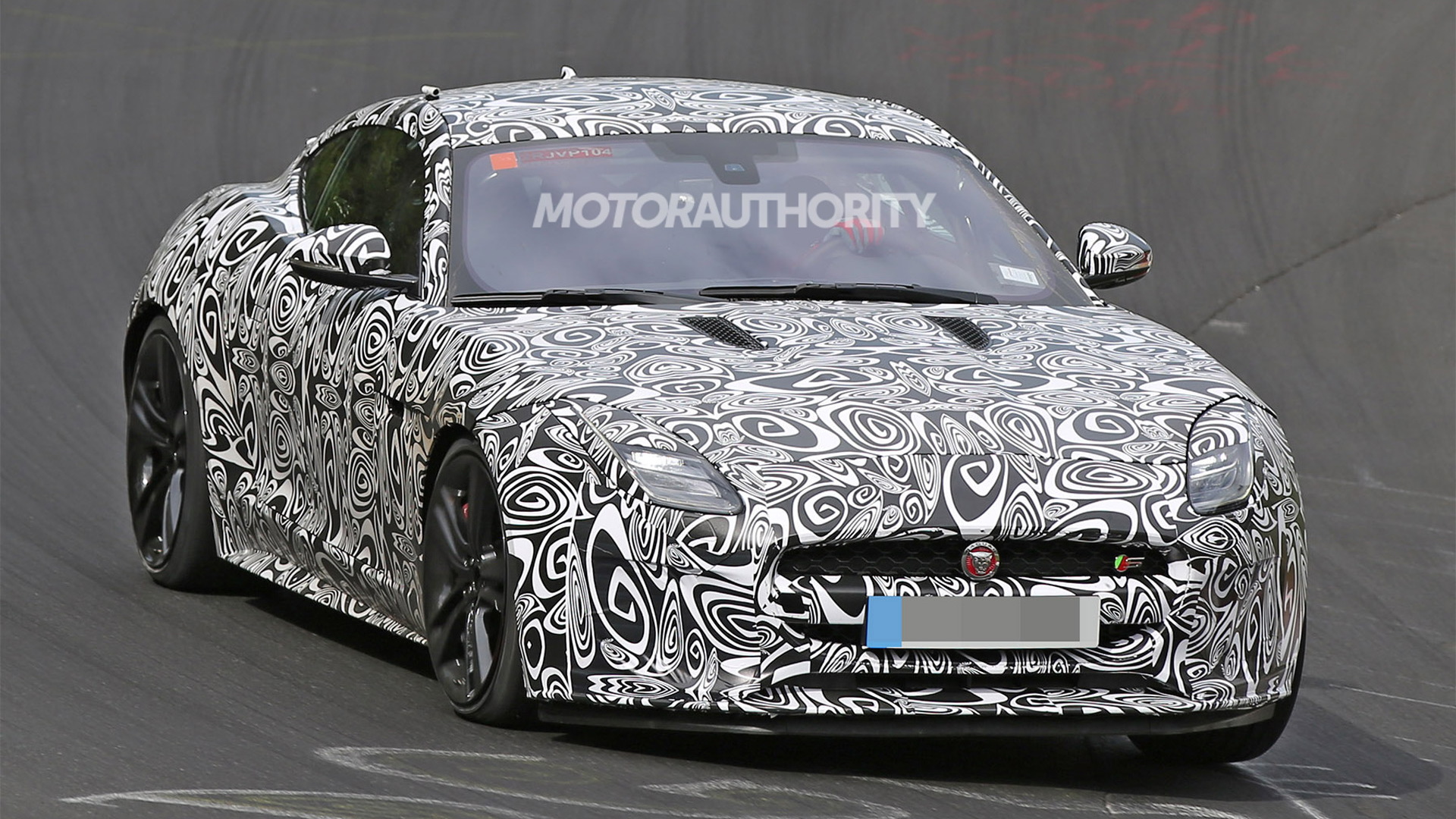 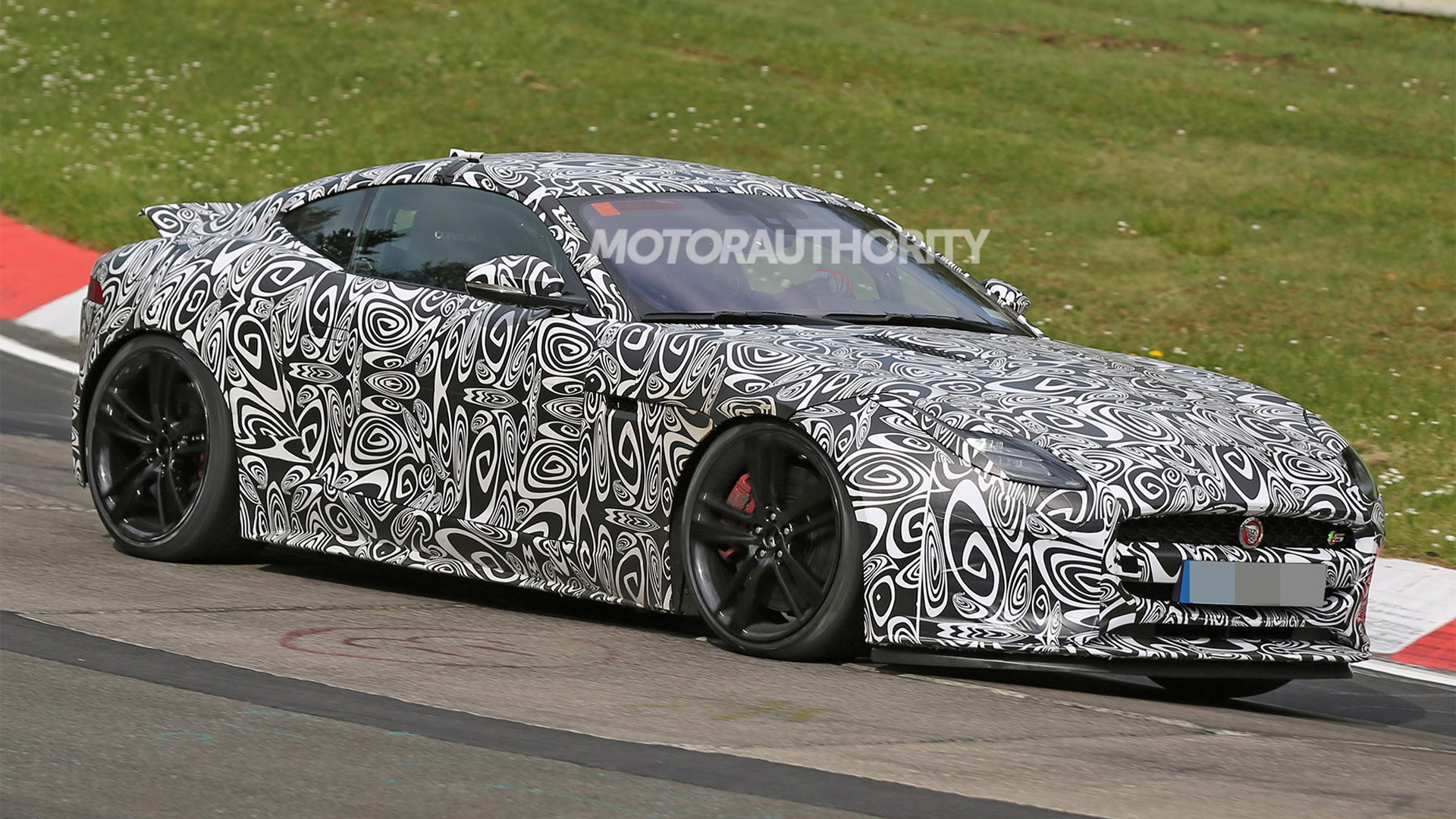 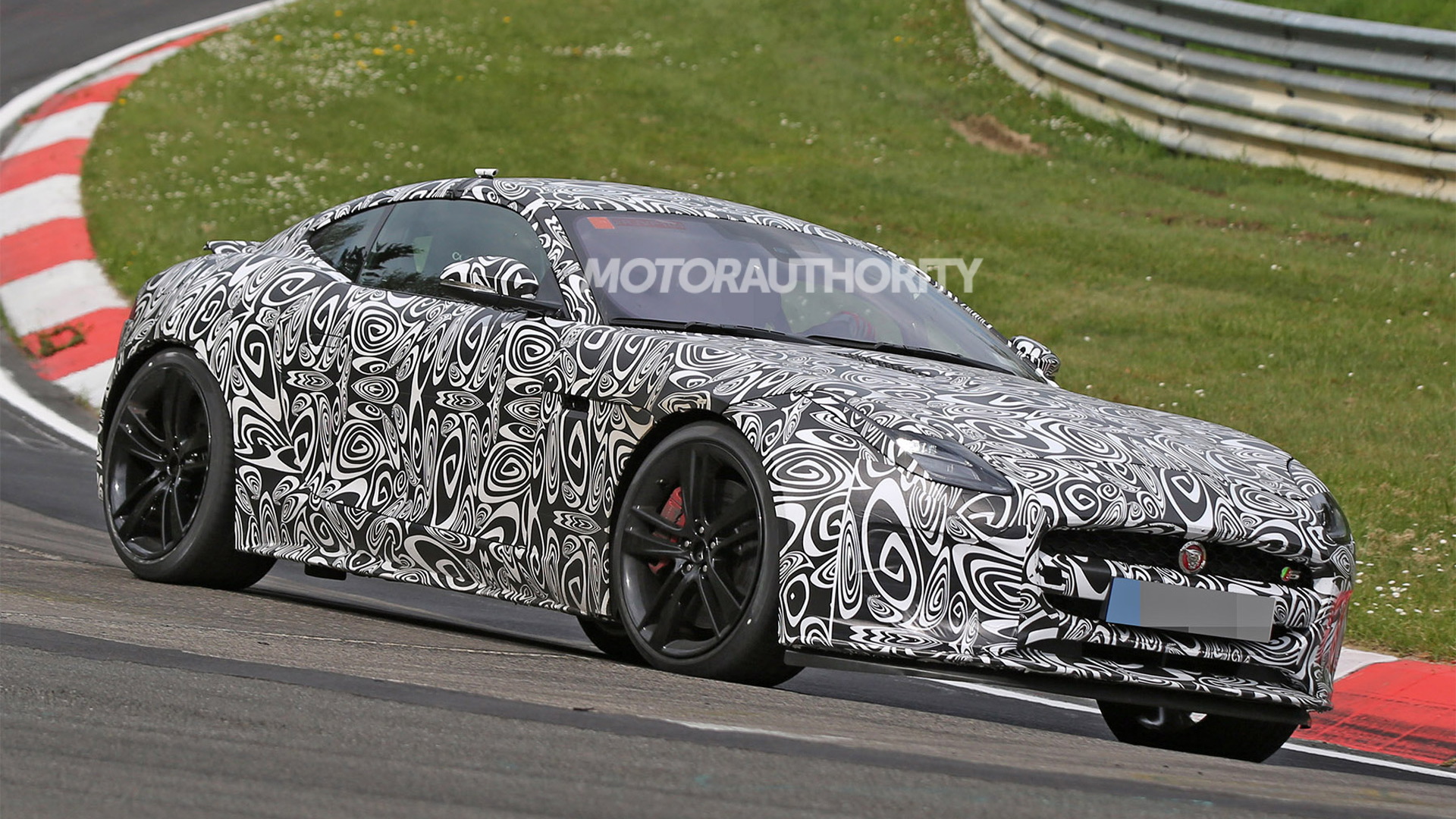 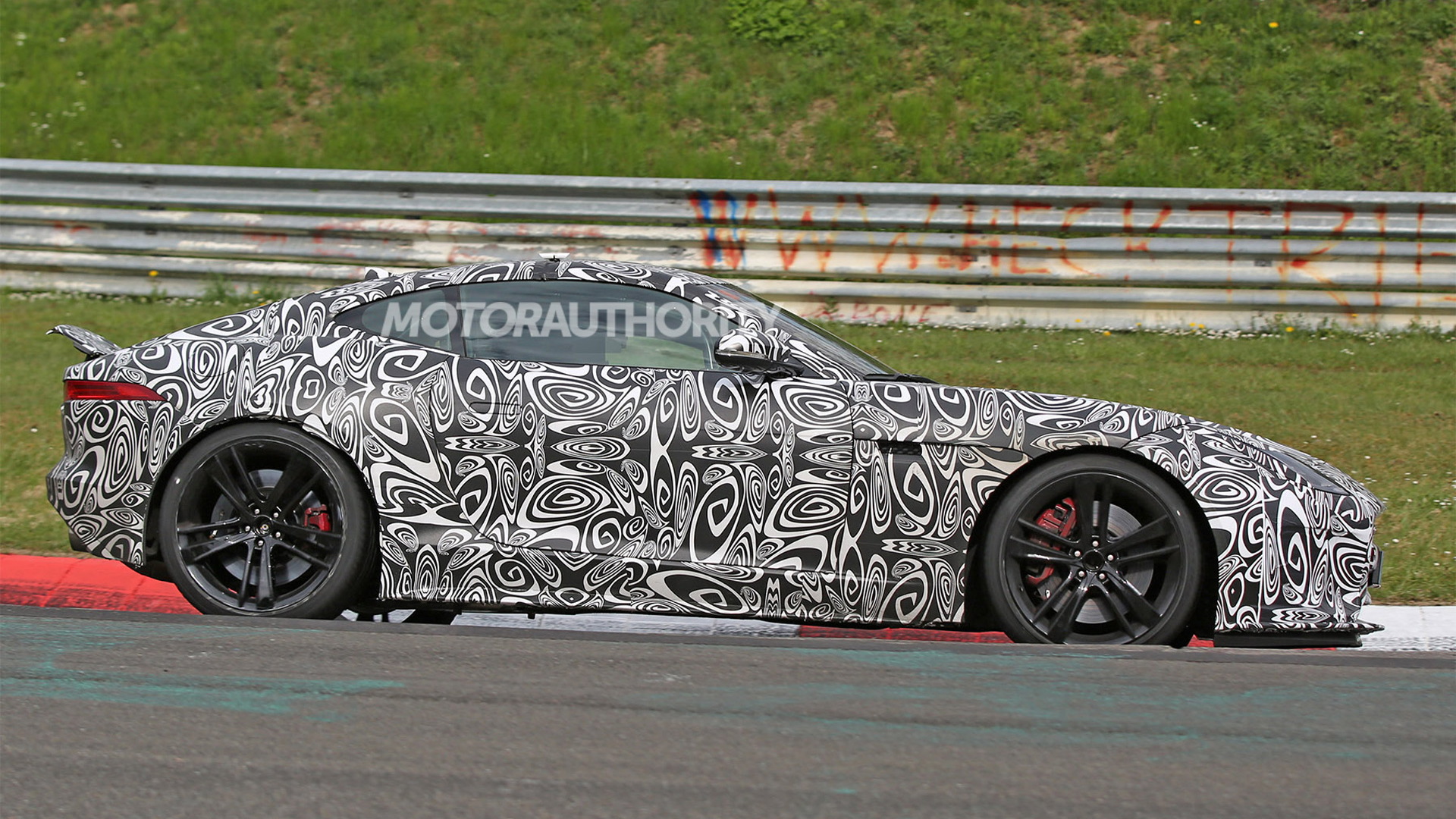 Jaguar will soon implement its first major update to the F-Type sports car since the model’s launch for the 2014 model year.

A prototype has been spotted testing at the Nürburgring and reveals many of the planned changes.

Thankfully, Jaguar’s design team has preserved the F-Type’s handsome look by only implementing subtle tweaks. The headlights are new and adopt LED technology. The center bar in the front grille is also thicker and the front bumper now features a smoother, more rounded look. The shape of the intakes has also changed.

It’s not clear what mechanical updates Jaguar is planning though we’ve heard a turbocharged 2.0-liter 4-cylinder could be introduced as a new base option, replacing the current supercharged 3.0-liter V-6. The supercharged 3.0-liter V-6 should stay in the F-Type S, though further down the track it could be replaced by a new turbocharged inline-6. However, this change is more likely to happen when the F-Type undergoes a complete redesign towards the end of the decade.

We’re expecting the updated F-Type to be introduced for the 2018 model year. A reveal will likely take place early next year.

Jaguar has continually updated and enhanced the F-Type over the years. Since the car’s launch we’ve seen the option of a manual transmission as well as all-wheel drive added. We’ve also seen the range expanded to include four distinct variants, the most recent of which was the high-performance F-Type SVR.