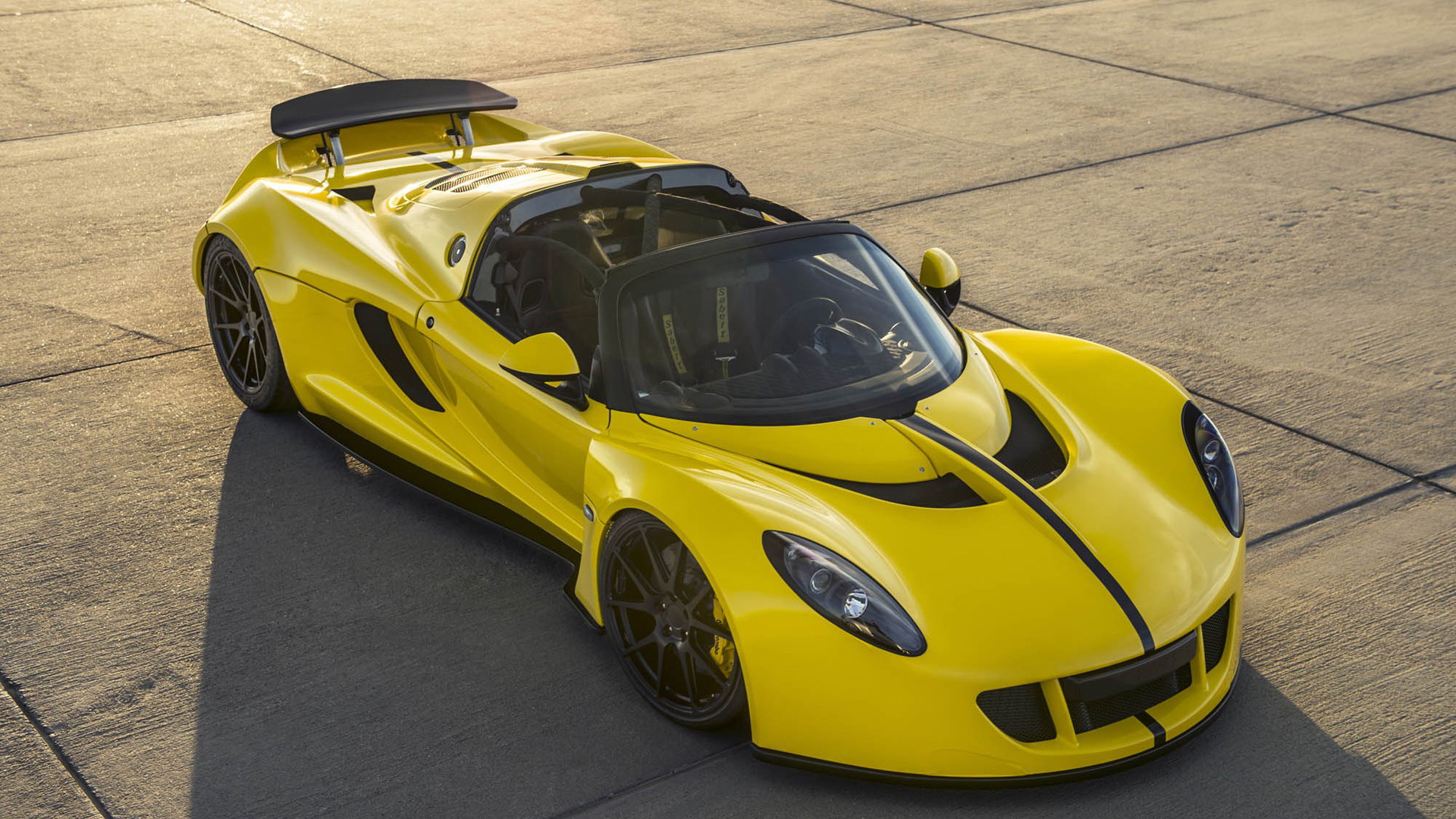 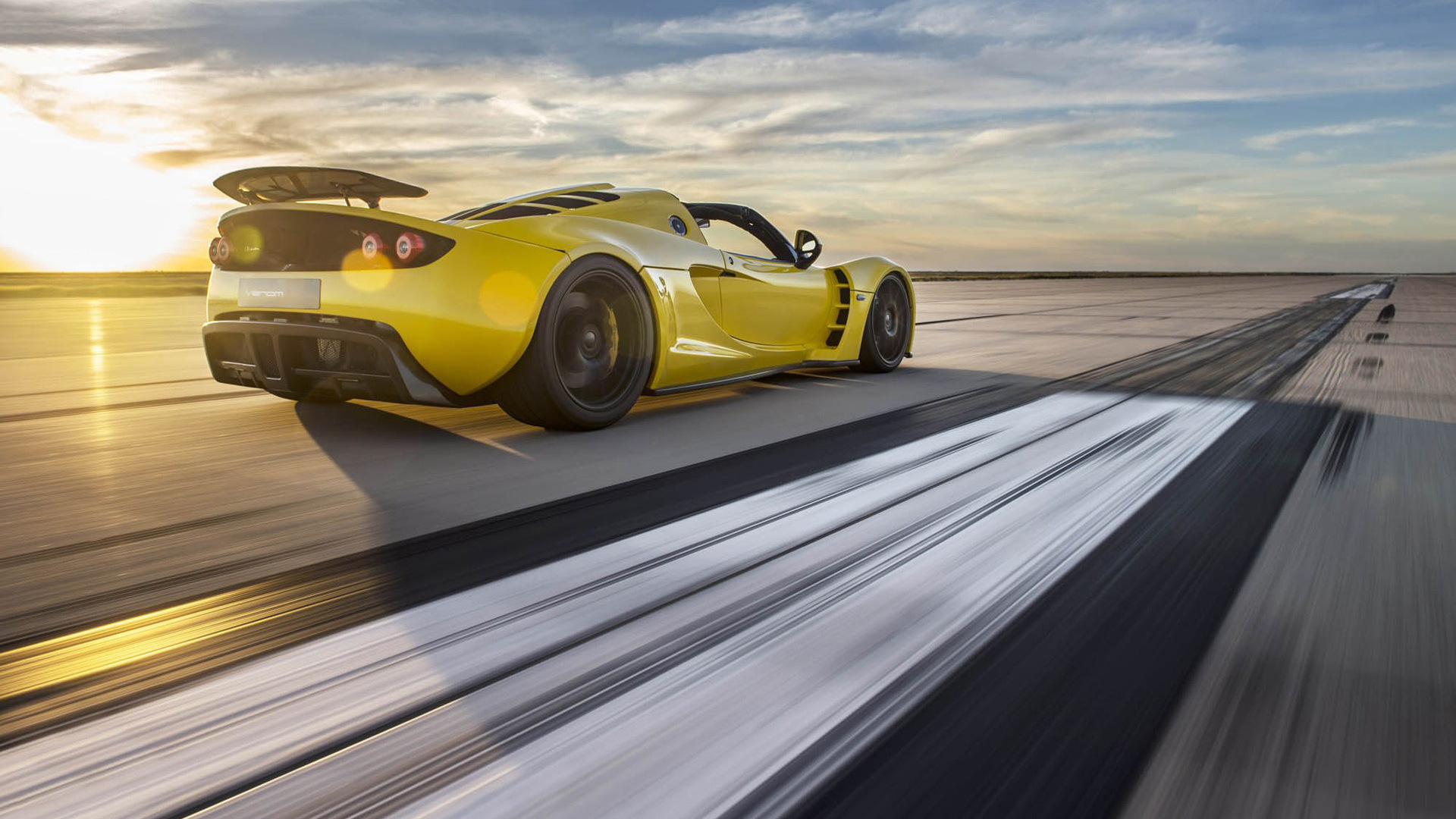 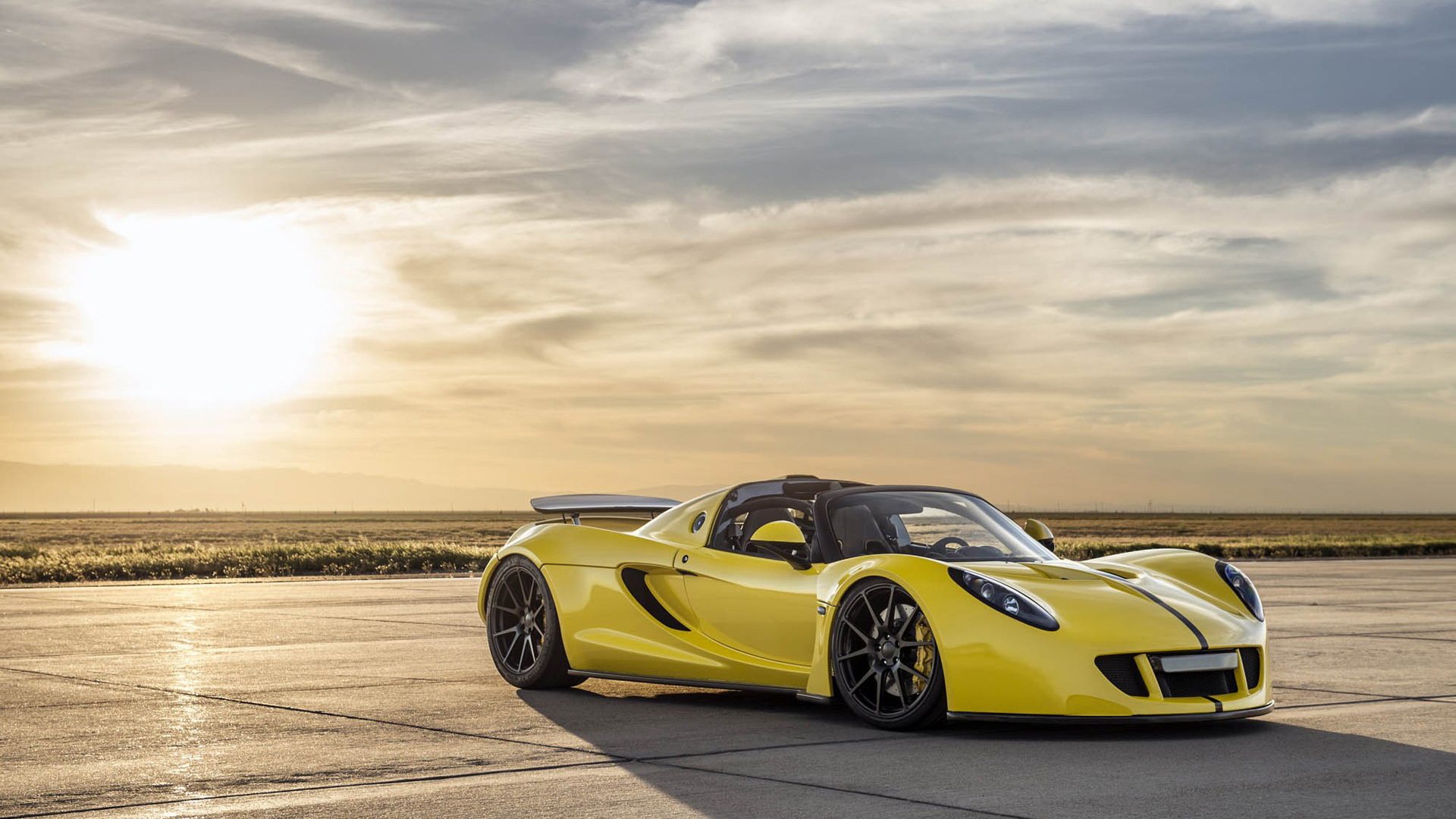 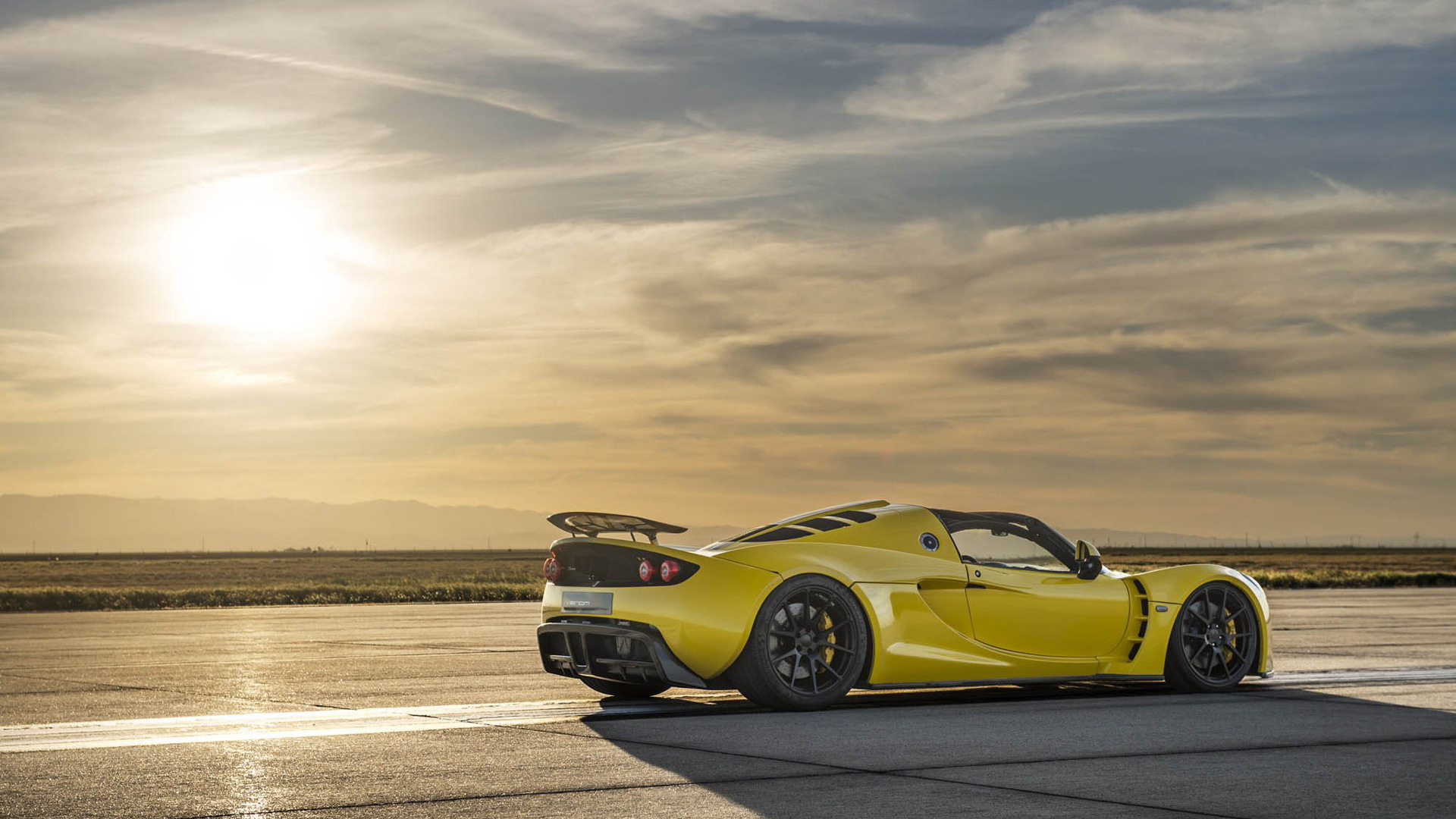 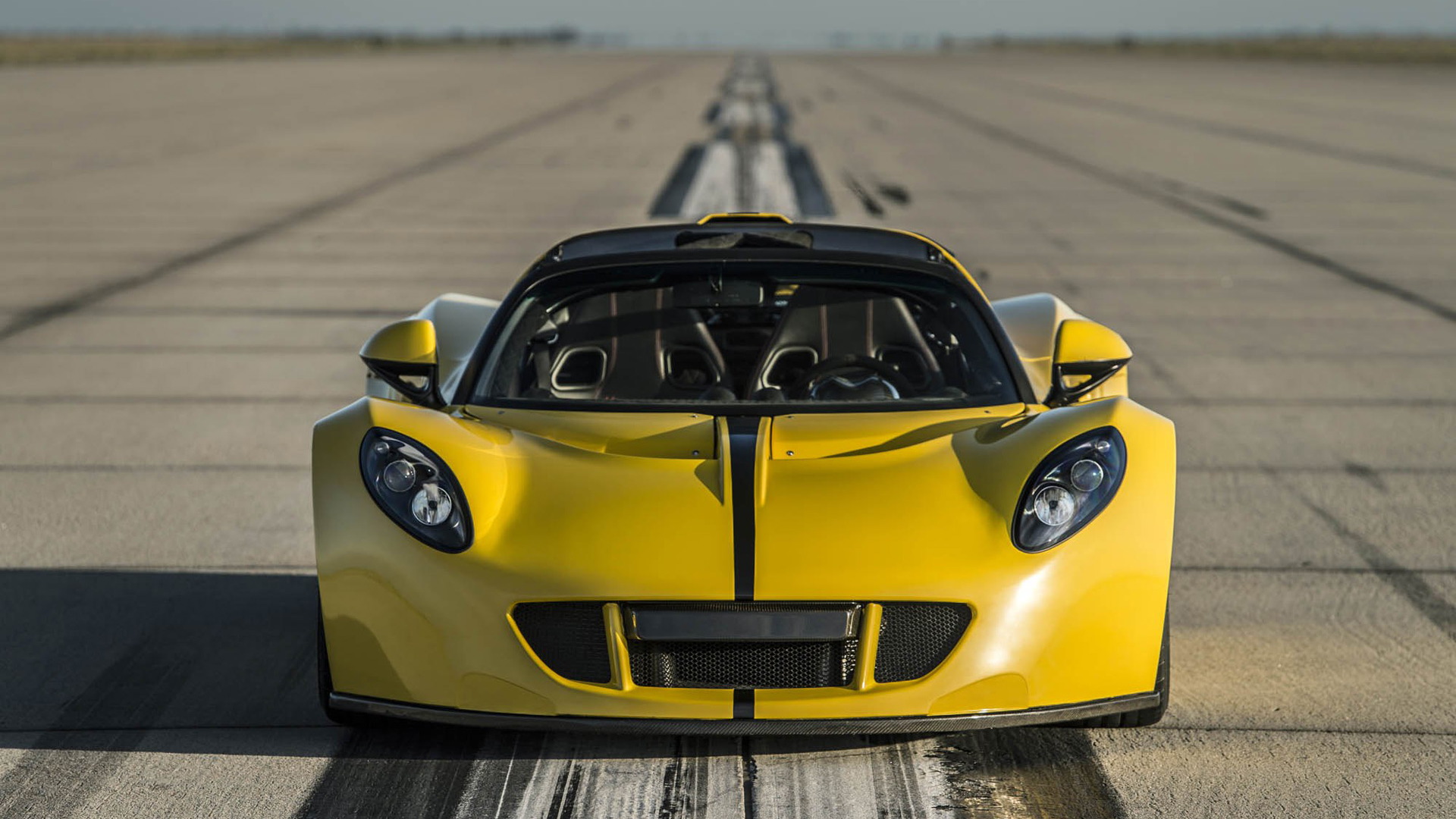 The all-American hypercar reached 265.6 mph during a scheduled run at California's Naval Air Station Lemoore, with independent speed-testing firm Racelogic on hand to confirm it.

This was enough to displace the previous record holder, the Bugatti Veyron Grand Sport Vitesse, which reached 254.04 mph with its roof removed in 2013.

What’s only come to light now is that the Venom GT Spyder was down on power—to the tune of 300 horsepower—due to one of the car’s three fuel pumps failing. With a little improvisation, Hennessey’s crew managed to get the remaining two pumps to provide sufficient fuel, though it was no easy task as detailed in the video.

Normally, the Venom GT Spyder delivers 1,451 horsepower and 1,287 pound-feet of torque from its twin-turbocharged 7.0-liter V-8, making it the most powerful car currently in production. That title will pass on to the Bugatti Chiron once it’s in production.

The Venom GT Spyder puts all of this power to the rear wheels, via a 6-speed manual transmission. In combination with some seriously wide Michelin Pilot Super Sport tires, the car’s tremendous output rockets it to 60 mph in 2.4 seconds and to 200 mph in 13 seconds. A Venom GT coupe previously reached a top speed of 270.49 mph, though only a single run was made and for a record two runs in opposite directions are required.

Hennessey plans to offer a limited run of three World Record Edition Venom GT Spyders to commemorate the car’s achievement, and as a tribute to the company’s 25th anniversary this year. The cars are priced at $1.3 million each.

Hennessey is now focused on building a successor to its Venom GT, a model known as the Venom F5. The goal for the new car is a top speed of around 290 mph.