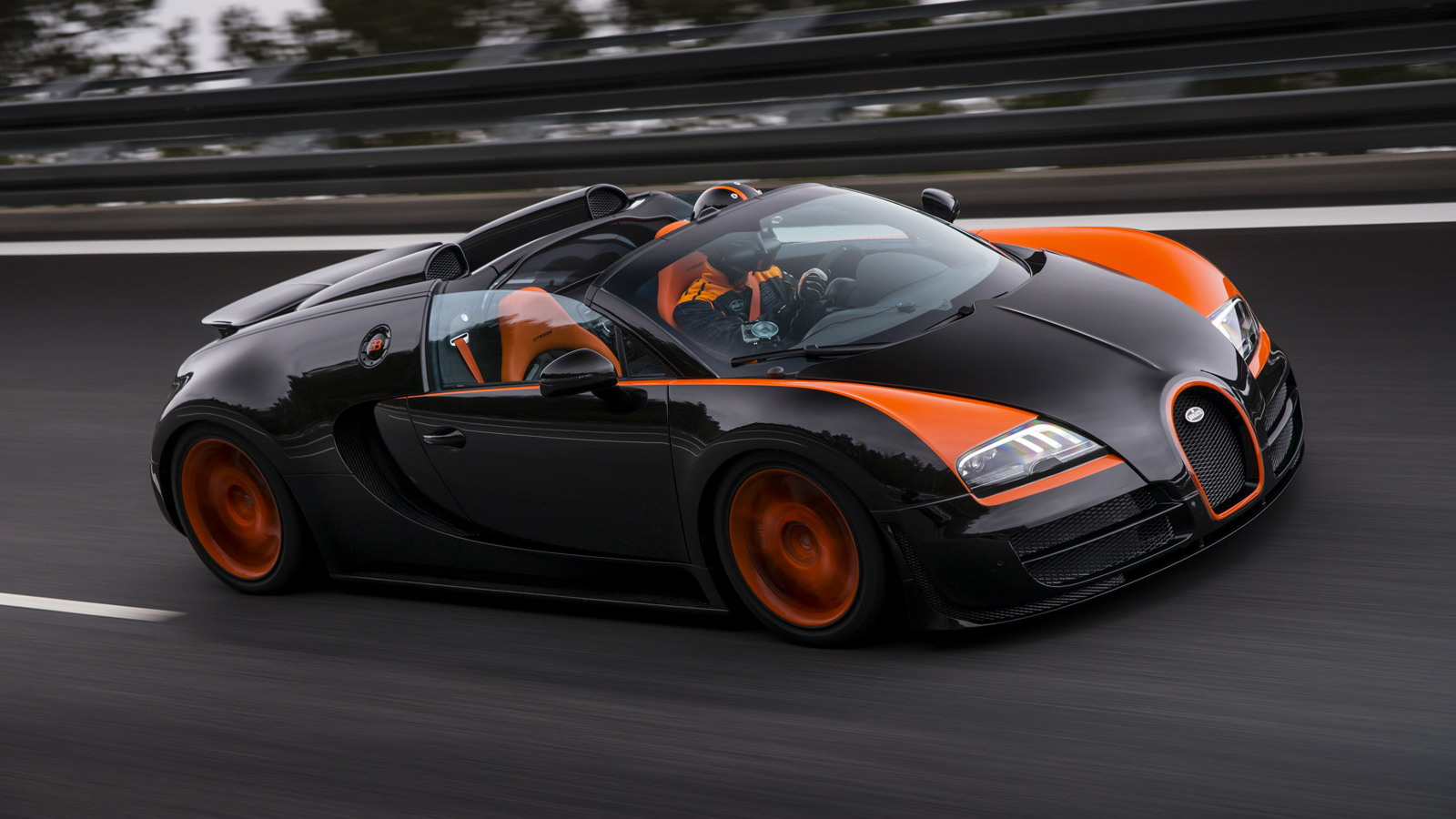 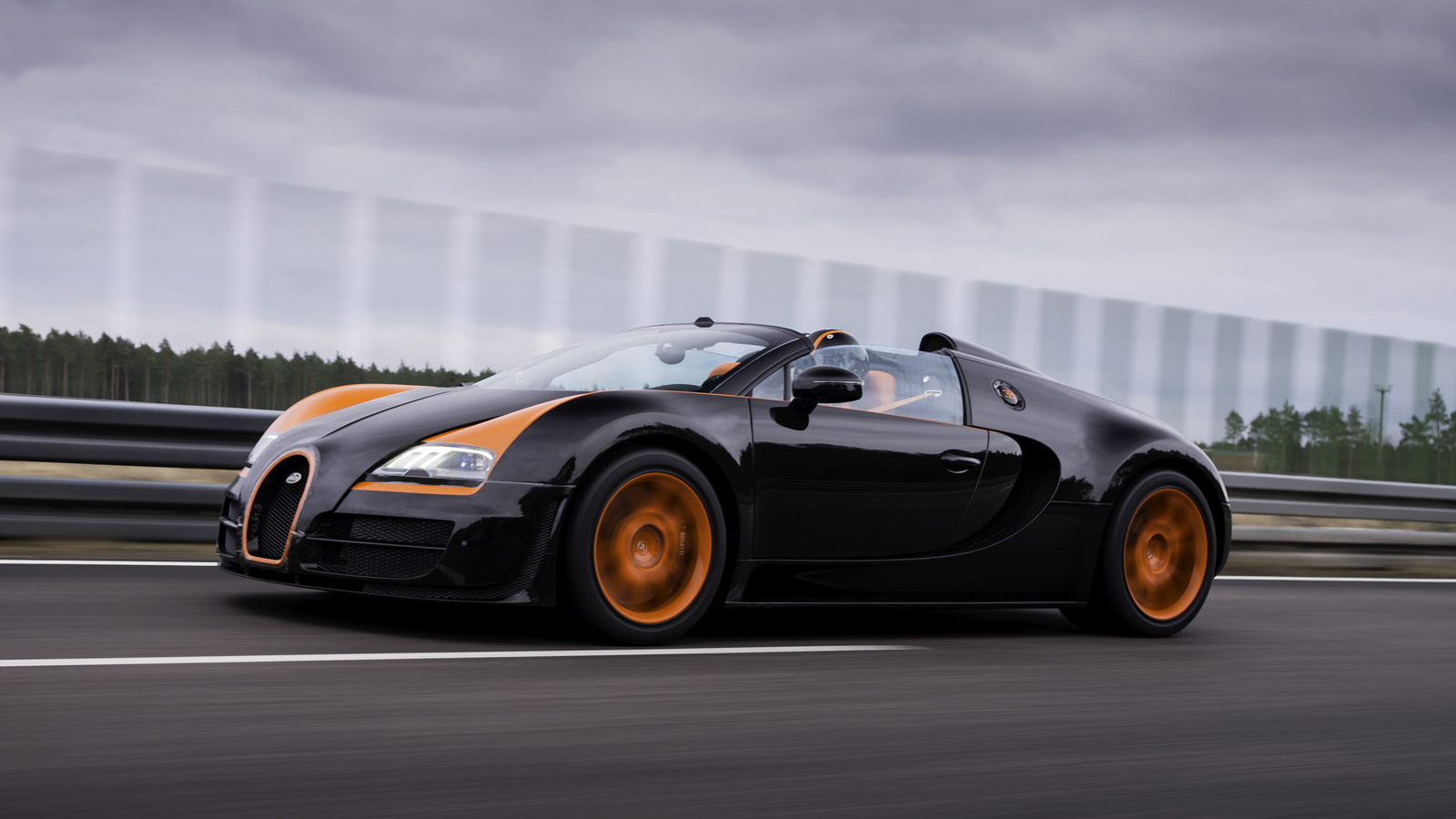 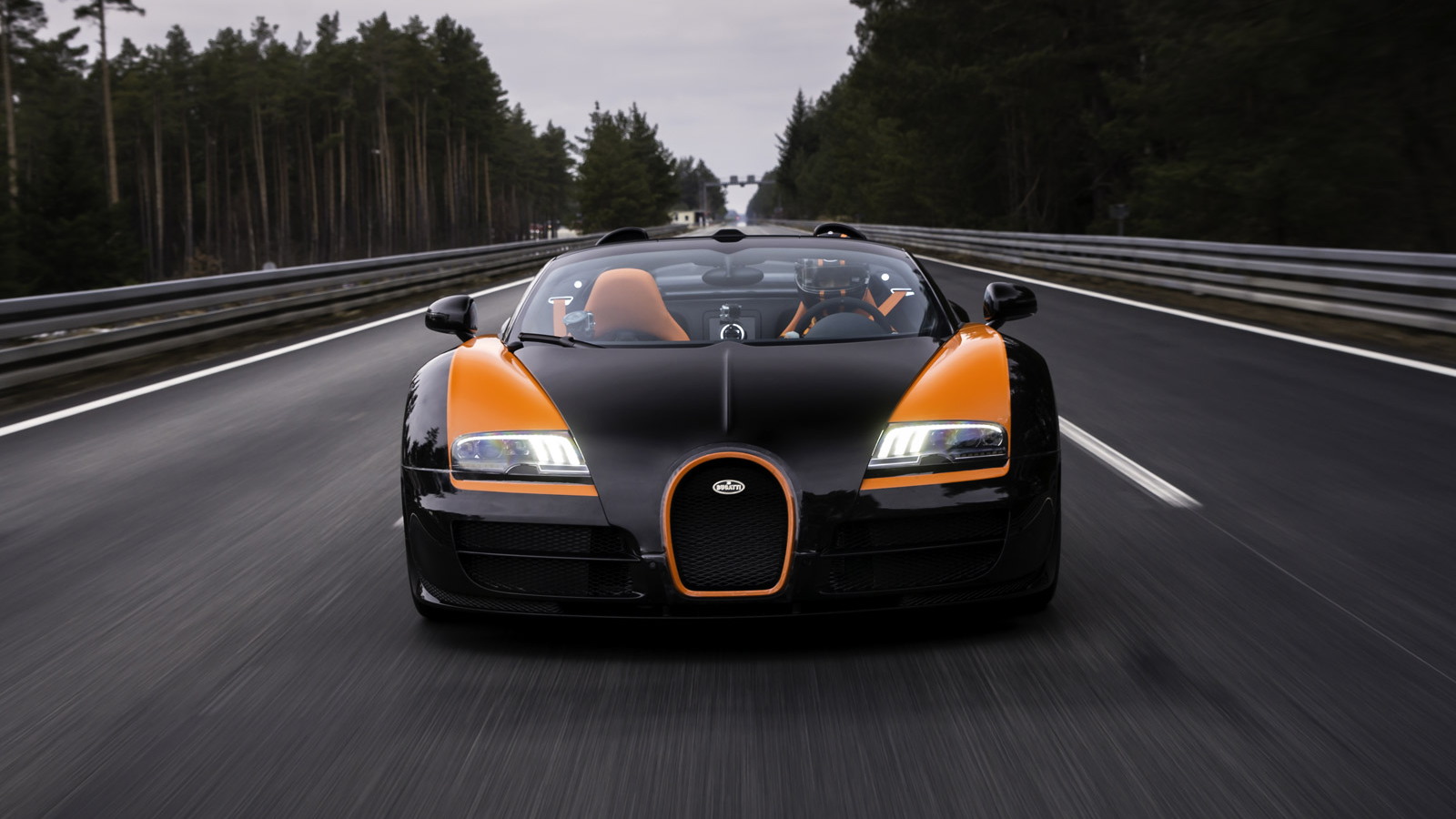 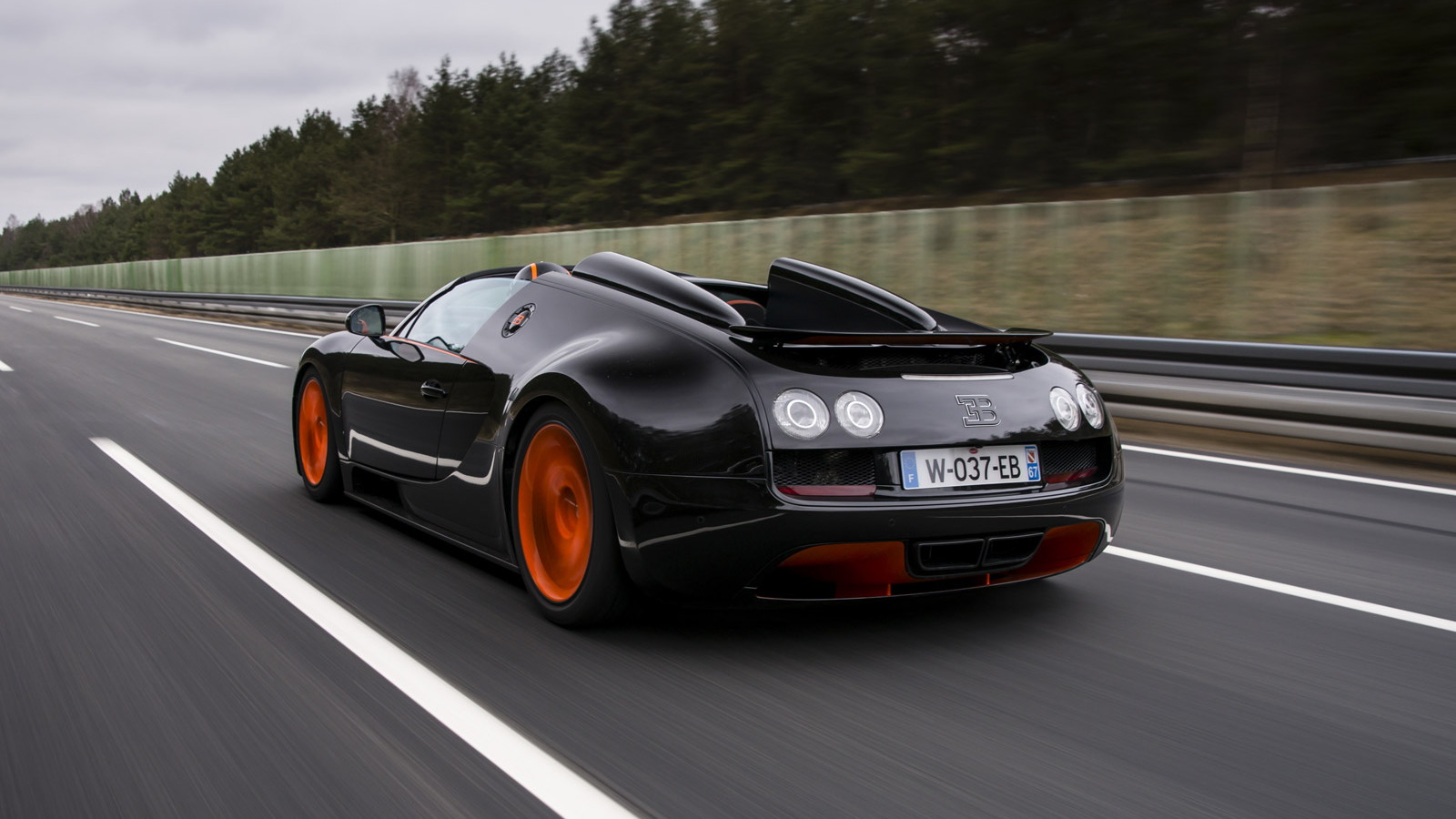 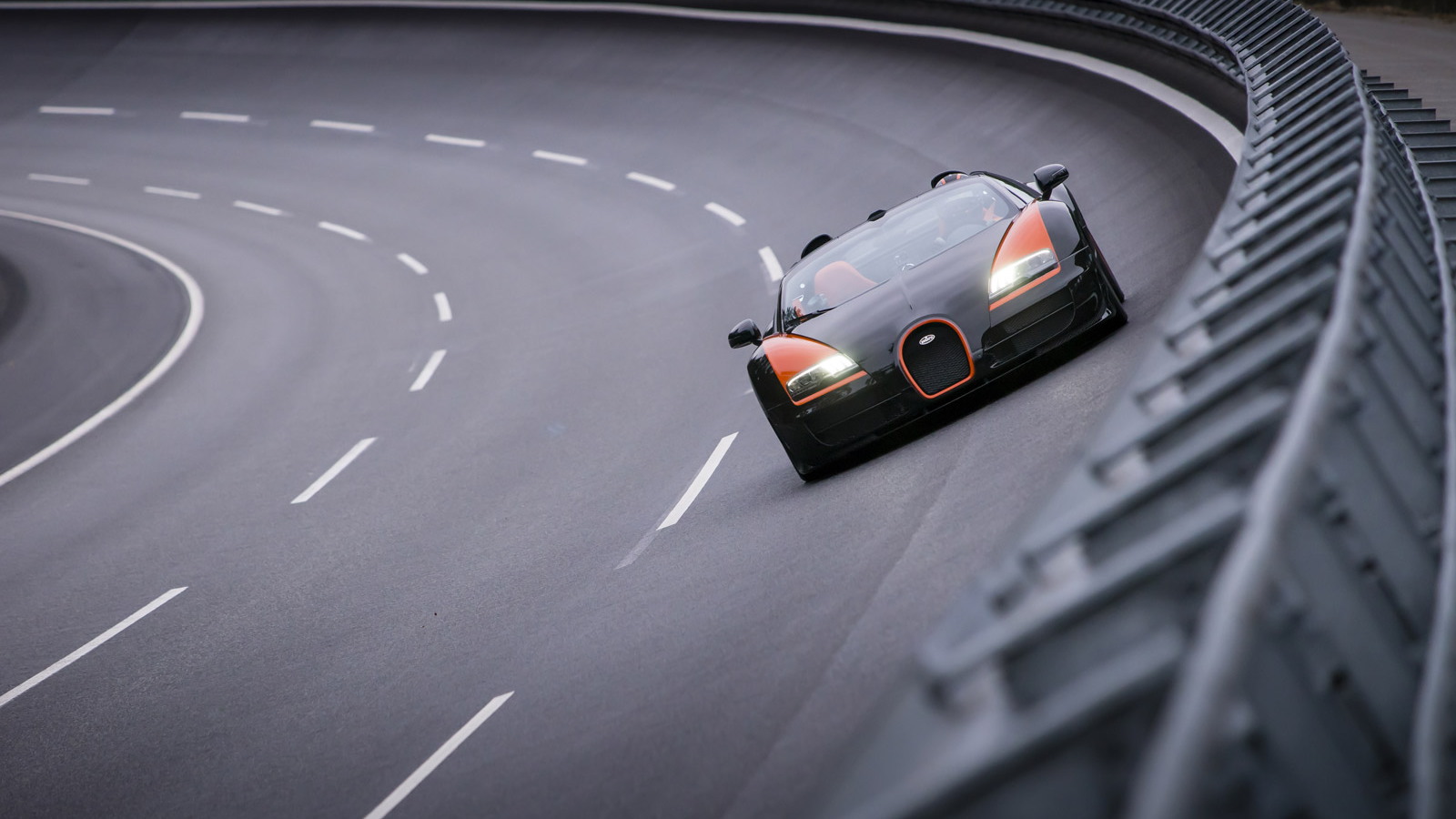 The week hasn’t been good for Bugatti.

It started off with the Veyron Super Sport being stripped of its production car land speed record by the officials At Guinness World Records due to the version of the car being sold to the public having its top speed limited below the 267.8 mph record figure. In response, Bugatti revealed it was just days away from unveiling a new performance offering.

But less than 24 hours after Bugatti’s announcement, photos of the new performance offering leaked onto the Internet.

Today, Bugatti has released the official details: the new performance offering is a special edition model called the Veyron Grand Sport Vitesse World Record Car. And, it was recently driven to a top speed of 254.04 mph on the Volkswagen Group’s Ehra-Lessien test track, renowned for its 5.6-mile straight, by Chinese racing driver Anthony Liu.

You may recall that the regular Veyron Grand Sport Vitesse already had a claimed 255 mph top speed. However, this was with a fixed roof piece in place. Remove the roof and the speed was limited to 233 mph.

Liu’s 254.04-mph run was completed with both the roof and speed limiter removed, and it was independently tested. However, not by officials at Guinness but by Germany’s TÜV organization for vehicle inspection and certification. Nevertheless, this means that the Veyron Grand Sport Vitesse World Record Car is now the world’s fastest open-top production car.

“The car is even at such high speeds incredibly comfortable and stable,” Liu said after his run. “With an open top, you can really experience the sound of the engine and yet even at higher speeds I did not get compromised by the wind at all.”

All Bugatti Veyron Grand Sport Vitesse models, including the speed-unlimited World Record Car, are powered by a 1,183-horsepower version of the Veyron’s quad-turbocharged, 16-cylinder 8.0-liter engine.

Eight examples of the World Record Car will now be built, each priced from 1.99 million euros (approximately $2.61 million).

It makes its official world debut at the 2013 Shanghai auto show next week. For more on the show’s highlights, visit our dedicated show hub.