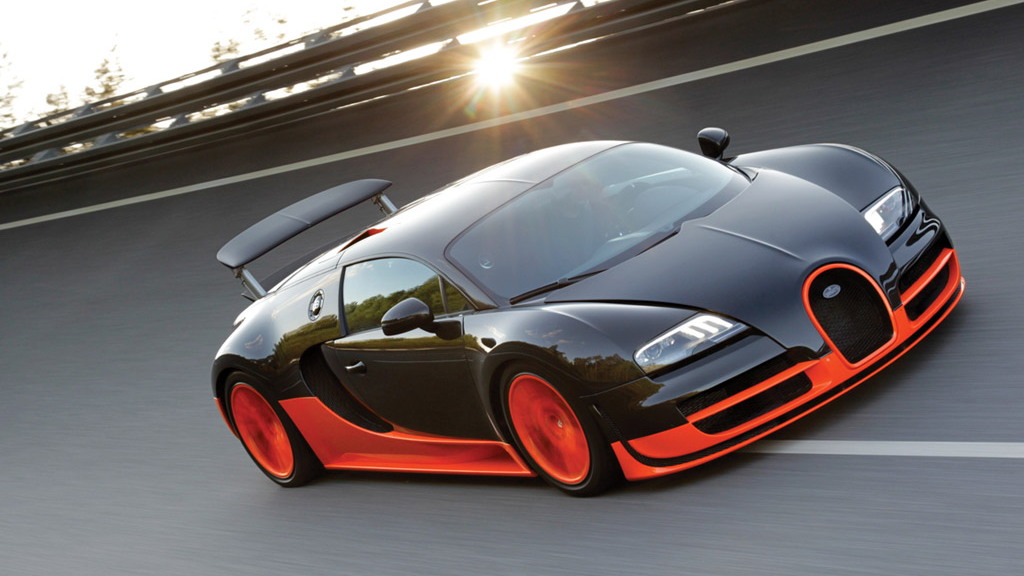 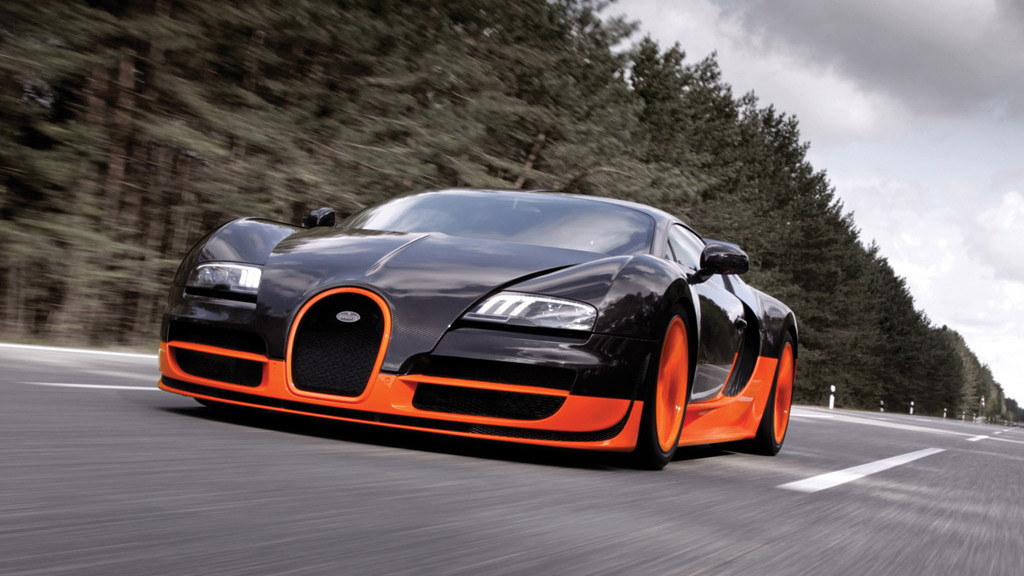 It’s been known since the onset of the Bugatti Veyron that the bespoke supercar would be limited to an exclusive production run of just 300 units, and even from the very early days there has been talk about a special run-out model. There have even been reports claiming Bugatti is already working on a Veyron successor, and then a leaked memo back in 2008 suggested that a special edition of the Veyron simply called the ‘GT’ would round out the supercar’s run.

Now, the first images and details of what is to be the last of the Veyrons, the Bugatti Veyron Super Sport, have hit the web. The new Veyron Super Sport revives a tag last used on the most powerful version of the Bugatti EB110 back in the 1990s and is scheduled to be appear for the first time in public at next month’s 2010 Pebble Beach Concours d’Elegance in California.

The Bugatti Veyron Super Sport features an output of 1,183 horsepower (1,200 metric horsepower) and 1,106 pound-feet of torque, brought about by four enlarged turbochargers and bigger intercoolers to increase boost feeding its 8.0-liter W-16 engine. At the same time, the chassis has been extensively redesigned to maintain safety at extreme speed--thanks to slightly raised main-spring travel, stronger stabilizers, and new shock absorbers with a complex architecture originally developed for racing cars. The end result is noticeably more precise control of the wheels and the car as a whole.

The body has also been fine-tuned to improve aerodynamic efficiency, while the new fiber structure of the all-carbon monocoque ensures maximum torsion rigidity and passive safety--at reduced weight. The skin is made entirely of carbon-fiber composites, which customers can enjoy if they opt for the 100 percent clear- lacquered finish.

The 0-62 mph sprint still takes about 2.5 seconds but 0-124 mph comes up in just 7.3 seconds and 186 mph passes in just 15 seconds. However, the number everyone wants to know is how fast will it go? Bugatti and its test driver Pierre-Henri Raphanel have already taken care of this, posting top speeds of 265.9 mph and 269.8 mph in a Guinness world record attempt. The final number for the record books was 267.8 mph, a figure that even hit Bugatti's engineering team by surprise.

It's easy to spot the new Veyron Super Sport from the regular model thanks to its flat and elongated silhouette. The car’s W-16 engine gets its air from two NACA ducts integrated into the roof, rather than from scoops above the engine. The front air intakes have also been expanded and reshaped, with the lower one extending elegantly around the sides to the wheel arch. The revised back looks sportier due to the double diffuser and a centrally arranged exhaust system.

The Bugatti Veyron Super Sport will begin production this autumn at Molsheim, France along with the Veyron and the Grand Sport. The first five cars--known as the World Record Edition--are in a special black exposed carbon and orange finish and have already been sold.

Only 30 examples are set to be produced, each with a pricetag of around $1.8 million.