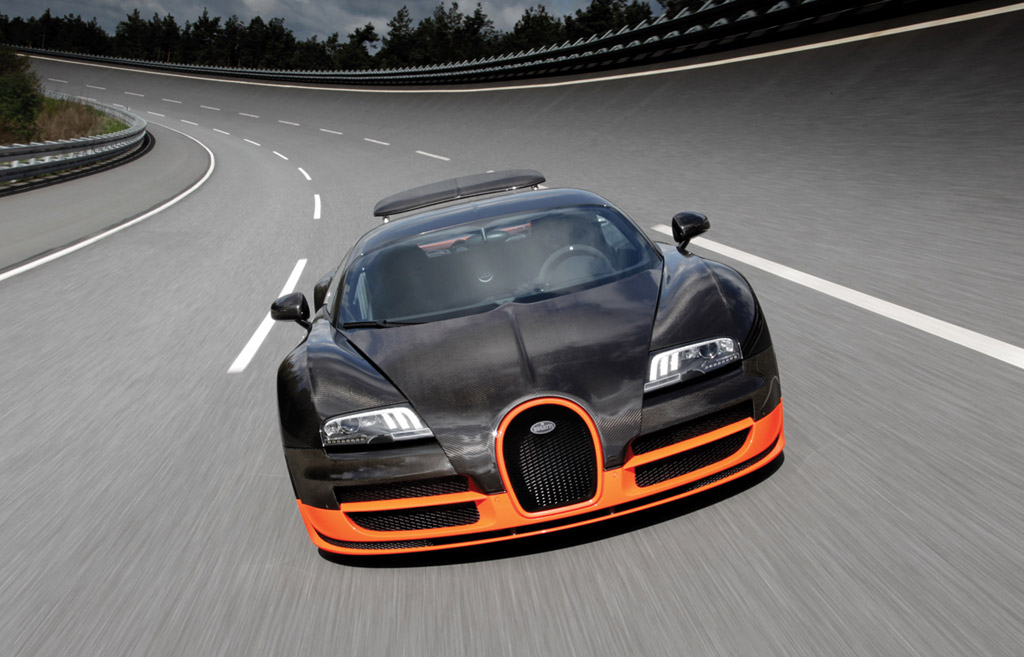 The Bugatti Veyron Super Sport has been stripped of its production car land speed record by Guinness World Records, almost three years after the record was granted.

In July of 2010, Bugatti tester Pierre-Henri Raphanel took a 1,200-horsepower Veyron Super Sport to a top speed of 267.8 mph (the average of two separate runs, per Guinness regulations), which at the time was deemed as the new world record for a production car’s top speed.

Unfortunately for Bugatti, the version of the car it chose to sell to the public has a governed top speed of 258 mph, which the automaker says was due to safety reasons.

Thus, to achieve the record, the Veyron Super Sport driven by Raphanel needed to have its top speed limiter disabled, which counts as a modification.

You may be wondering why this has only come to light now.

Last week, America’s Hennessey Performance took its Venom GT supercar to a top of 265.7 mph, and claimed it was the fastest production car available to the public, due to the speed being higher than that of the Veyron Super Sport with its speed limiter in place.

This led to Sunday Times reporters reaching out to Guinness officials. In response, Guinness conceded it made a mistake in granting the Veyron Super Sport the record, and has thus withdrawn it.

“As the car’s speed limiter was deactivated, this modification was against the official guidelines,” Guinness officials said in a statement. “Consequently, the vehicle’s record set at 431.072 kmh [267.8 mph] is no longer valid.”

This means that the 255.8-mph Ultimate Aero TT of America's SSC, the record holder prior to the Veyron Super Sport, reclaims the official world record. It also means that the 1,244-horsepower Hennessey Venom GT unofficially holds the title of world’s fastest production car, though it may not be able to bask in the glory for long.

Overnight, Bugatti released this teaser image, along with the statement, “It’s almost time for us to share the latest example of exceptional Bugatti performance.”

The automaker will be sharing something new with the world in a few days, though we can’t be sure what it’s planning just yet. With the 2013 Shanghai Auto Show taking place next week, it’s possible Bugatti has a new, more powerful Veyron special edition.

There have also been reports of a new ‘super’ Veyron putting out as much as 1,600 horsepower and capable of a 288-mph top speed, although this new version isn’t expected until the 2013 Frankfurt Auto Show in September.

As for losing its record, a Bugatti official said the automaker would seek clarification from Guinness and is standing by the record, since Guinness was fully aware that the Veyron  Super Sport's speed limit would be restricted yet still gave the title back in 2010.

Stay tuned for an update in just a few days.