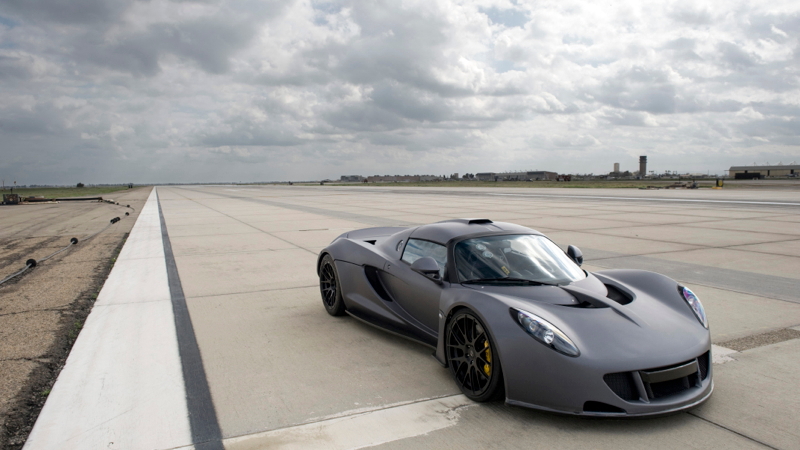 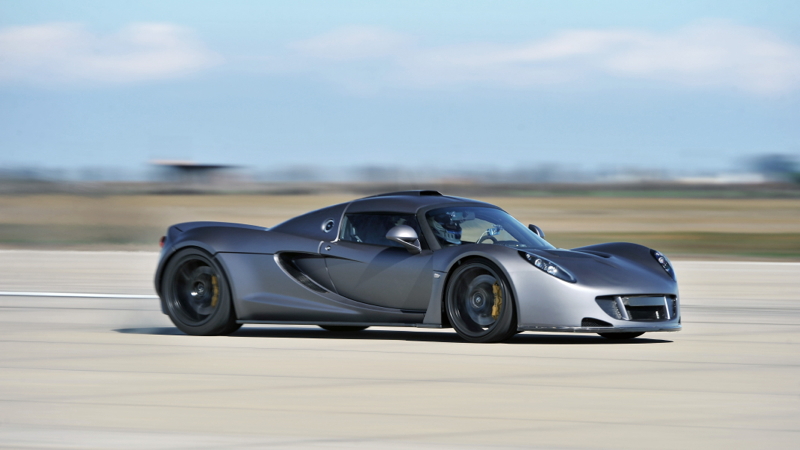 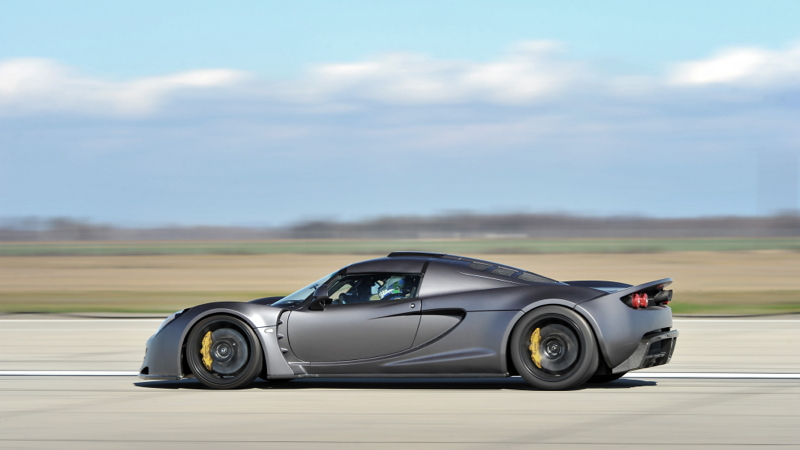 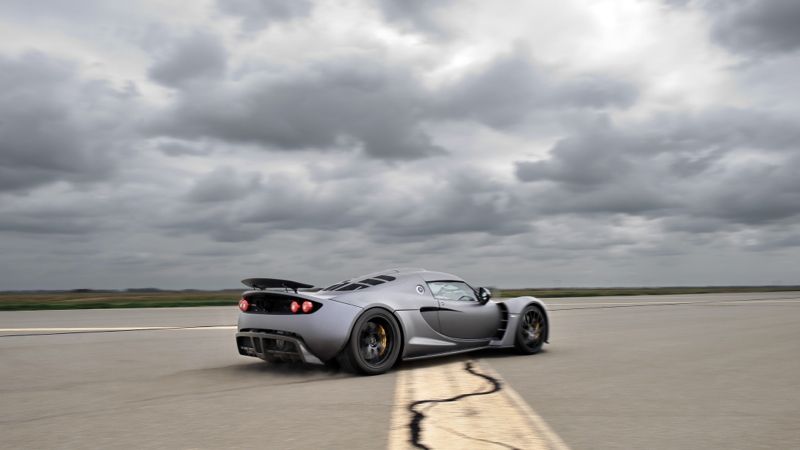 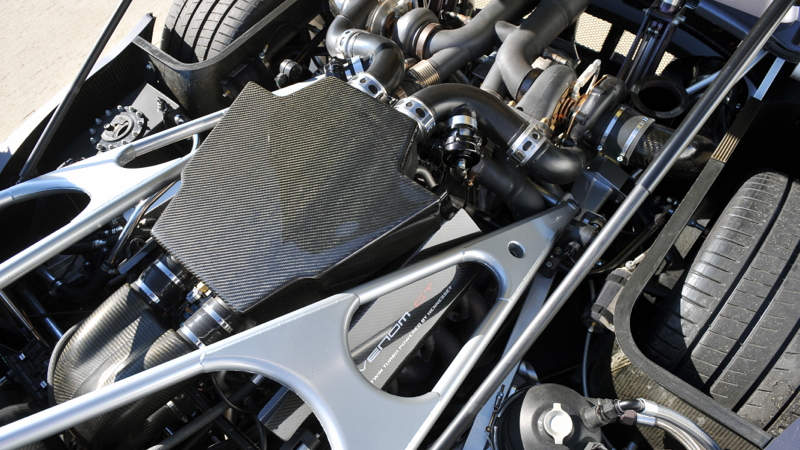 10
photos
The battle for the title of "world's fastest production car" is as fierce as it is bizarre. Populated by extremely rare, hyper-expensive, hand-built cars, the group of contenders is as unrealistic as the speeds they reach.

But there's a new king of this particular hill, as evidenced by video of the run: the Hennessey Venom GT. At least, technically.

Hennessey Performance president and founder John Hennessey acknowledgdes as much, saying, "While a Veyron Super Sport did run 267.8 mph, Bugatti speed-limits its production vehicles to 258 mph. Thus, at 265.7 mph the Venom GT is the fastest production car available to the public."

Whatever the technicalities, the specifics are clear: the run was validated by two VBOX 3i GPS-based data logging systems during a run at the United States Naval Air Station Lemoore in California.

Equipment for the car was as-delivered to customers, including Michelin Pilot Super Sport tires, a full interior (including leather seats, air conditioning, and a high-end stereo, Hennessey points out), and Brembo carbon ceramic brakes.

The Venom GT also set another record during the run, though the company cautions that Guinness only recognizes records set in kilometers per hour. A time of 14.51 seconds to 200 mph bested the Koenigsegg Agera R's 17.68-second time.

Hennessey CEO Don Goldman hinted that this might not be the final hurrah for the Venom GT's top speed runs, however.

"While the 2.9 mile long runway is more than enough acceleration distance for a F/A-18 fighter jet, it was far too short for the Venom GT to reach its true top speed," said Goldman.