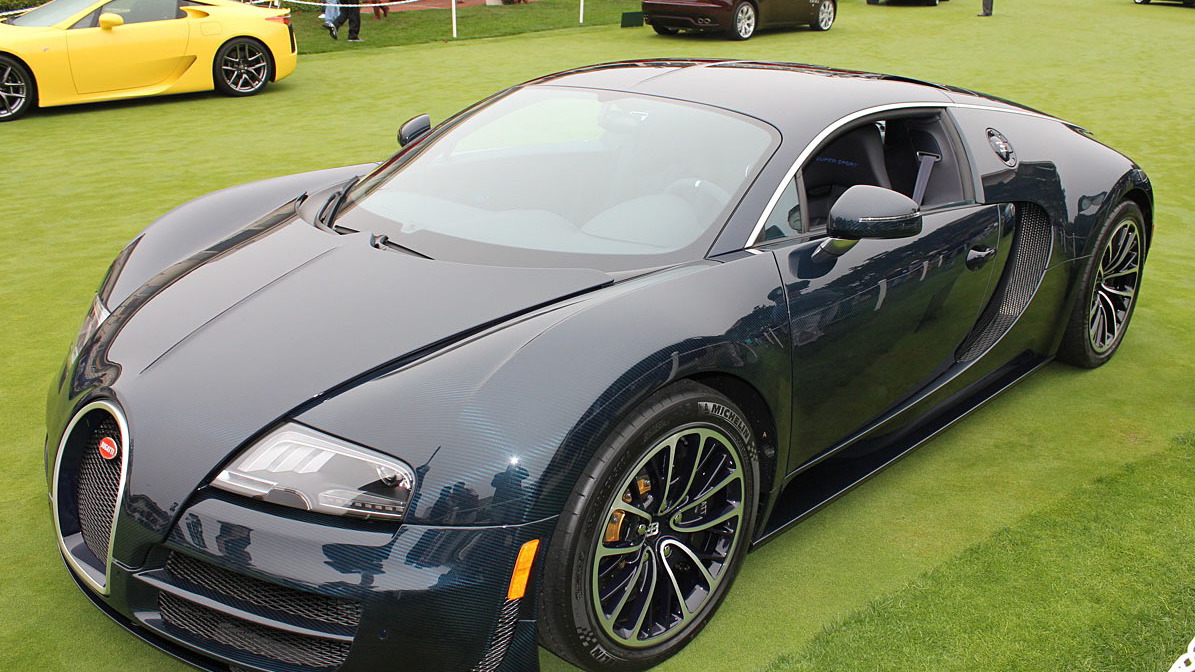 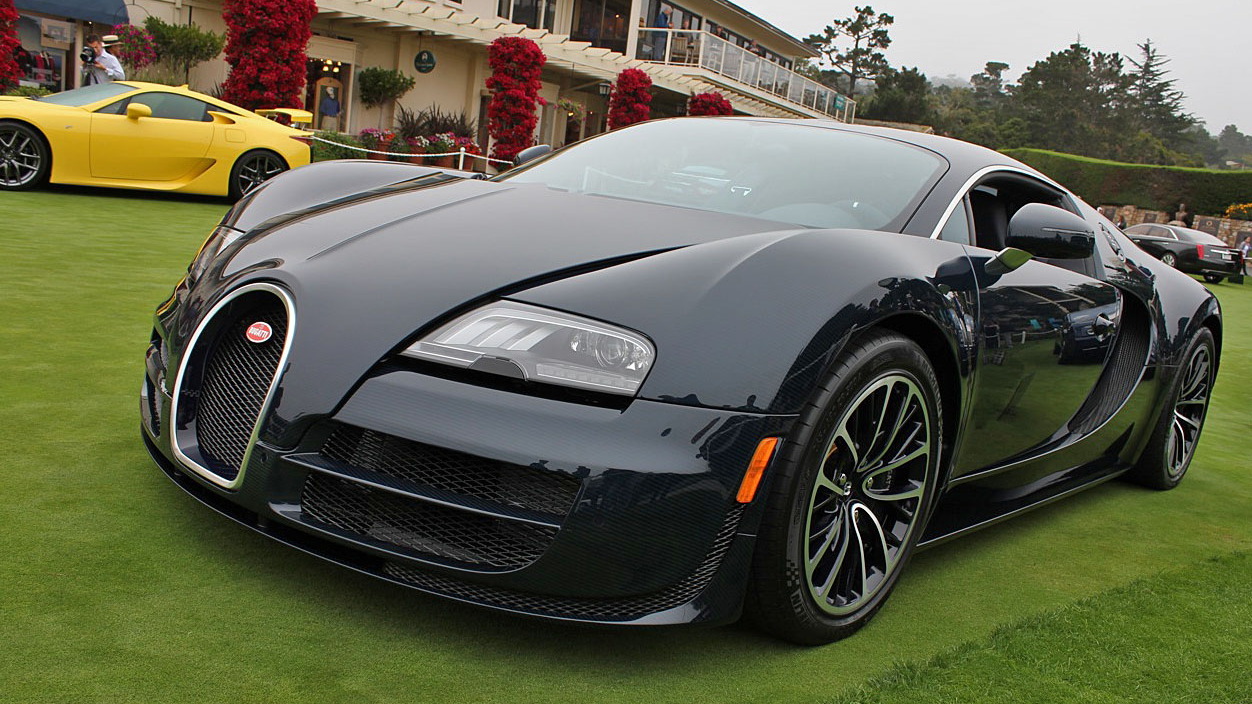 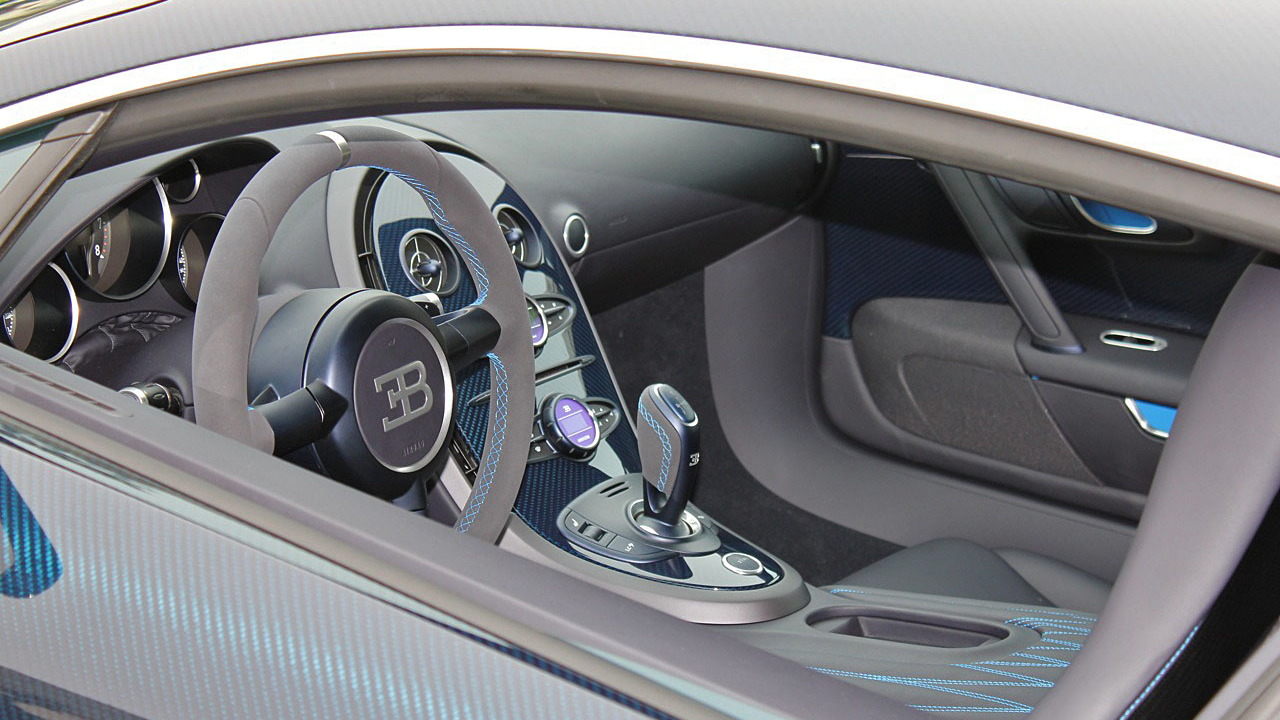 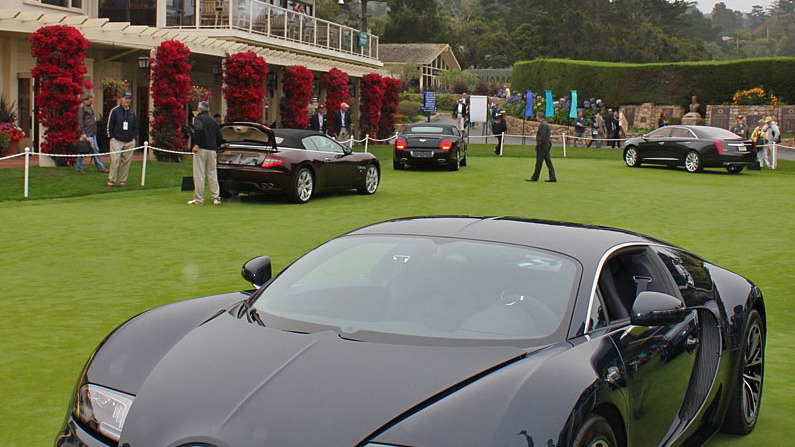 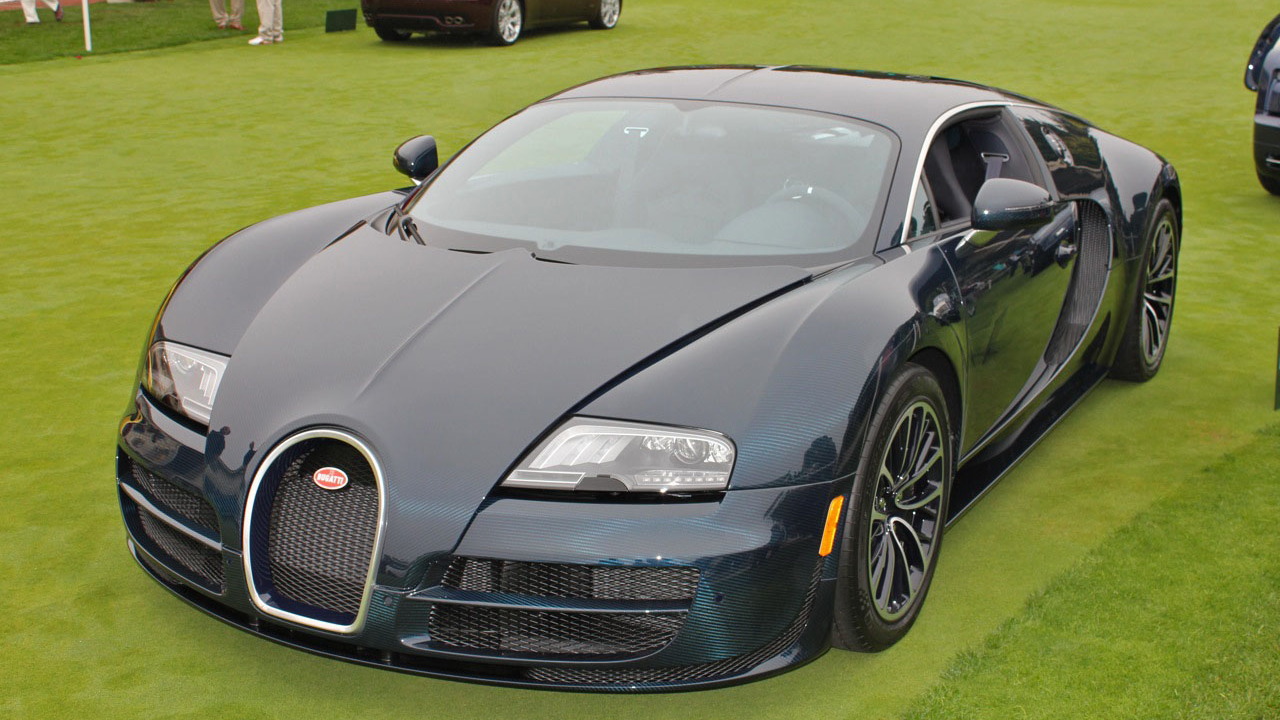 The battle for the title of the world's fastest production car just went another round, bringing the belt home to Bugatti once again. The car that did it, the Veyron 16.4 Super Sport, will be sold in extremely limited production, but it will be capped at 415 km/h, or 257.8 mph, just over 10 mph short of the actual record speed it reached.

At 268 mph, the Bugatti Veyron 16.4 Super Sport's tires turn at roughly 53 revolutions per second, or about 3,180 rpm. The forces on the tread at that speed are immense, and the effect a blowout would have on the car is simply catastrophic. Limiting the top speed to 258 mph gives the tires a little more headroom for safety. The speed limitation is revealed in the car's full specs, released today.

Other key stats of the new Super Sport read nearly identical to the standard Veyron's figures, though lateral grip is improved by 0.1g to 1.4g max. Acceleration is also a bit peppier in the 1,200-horsepower Super Sport, with 62 mph arriving in 2.5 seconds, 124 mph in 7.3 seconds, and 187 mph in 16.7 seconds.

Fuel consumption is equally brisk, drinking down 6.3 mpg around town and 16.2 mpg on the highway for a Euro combined cycle of 10.2 mpg. But between the $38,000 tires and $21,000 service appointments, the cost of fuel will be the least of the owner's worries.

Check out page two for the full list of stats on the new Super Sport, but bring your metric-to-American conversion chart.