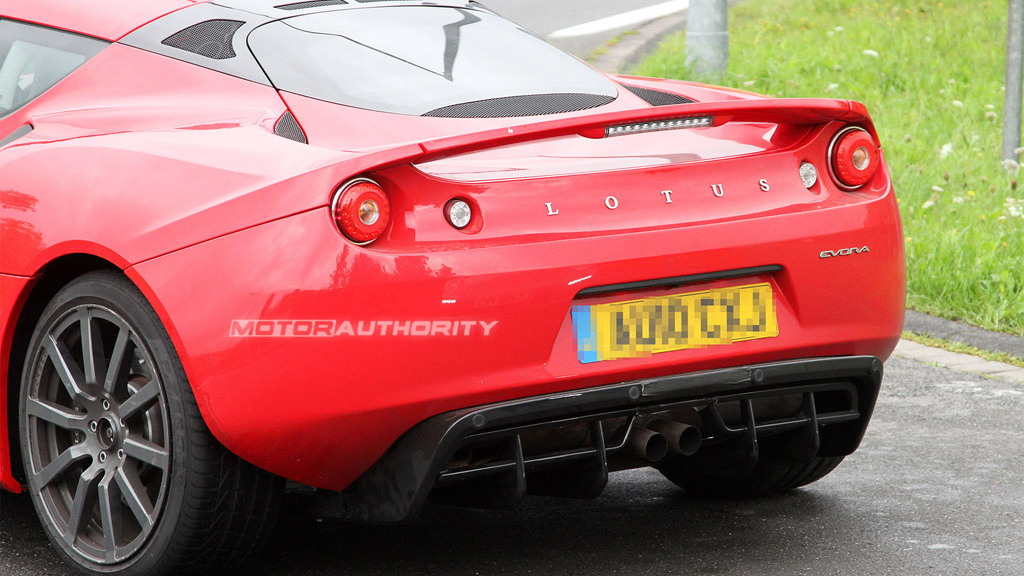 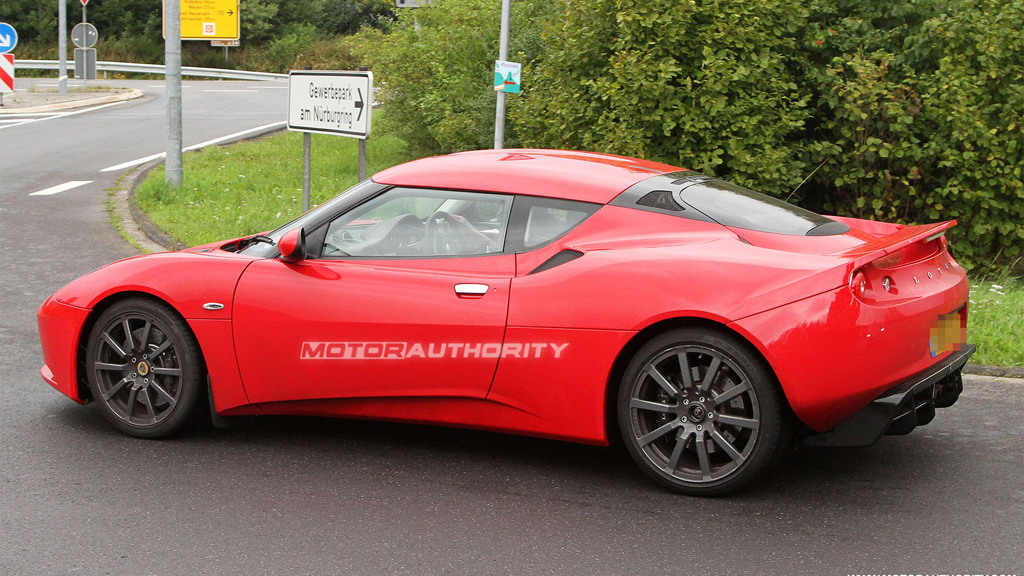 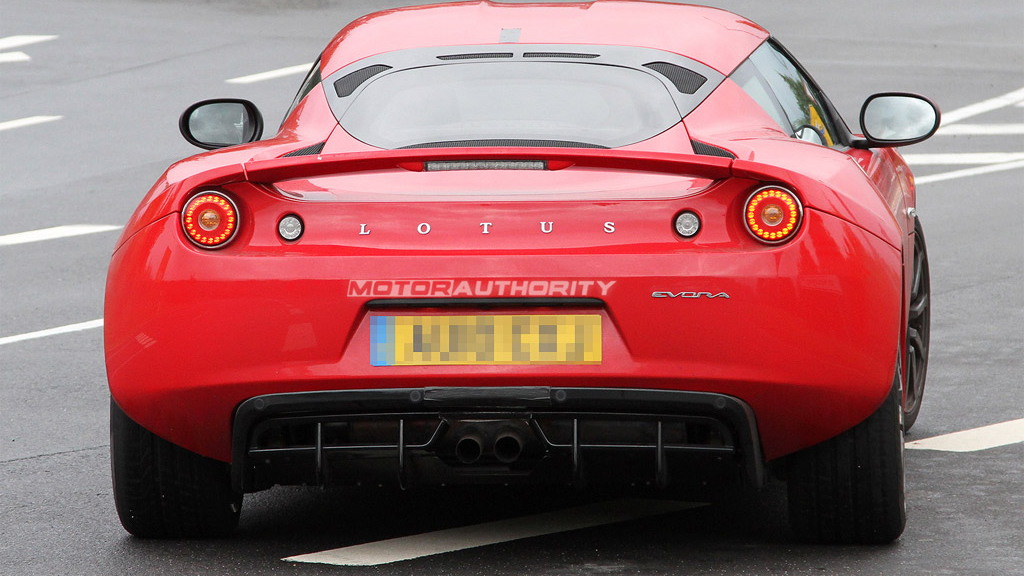 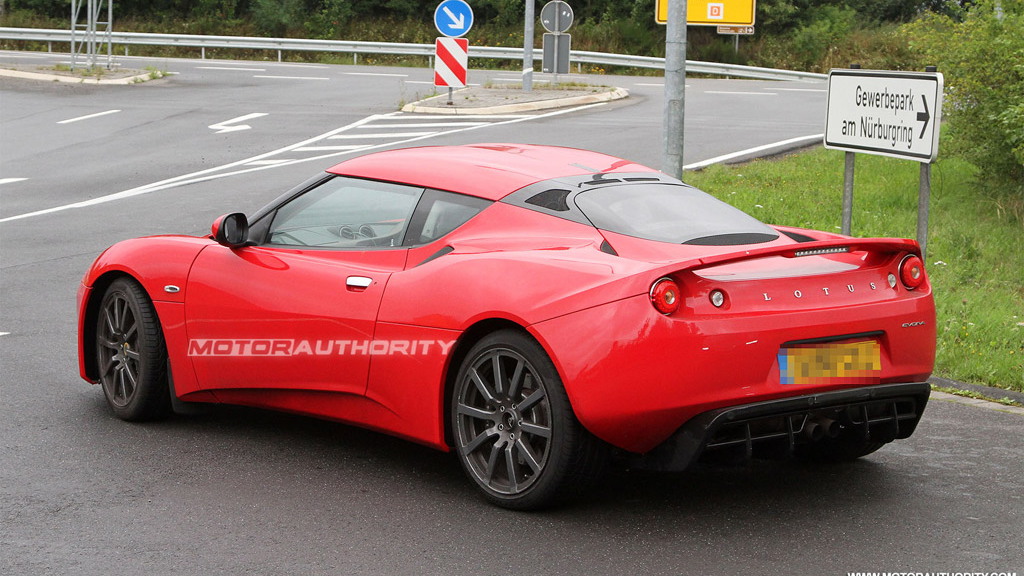 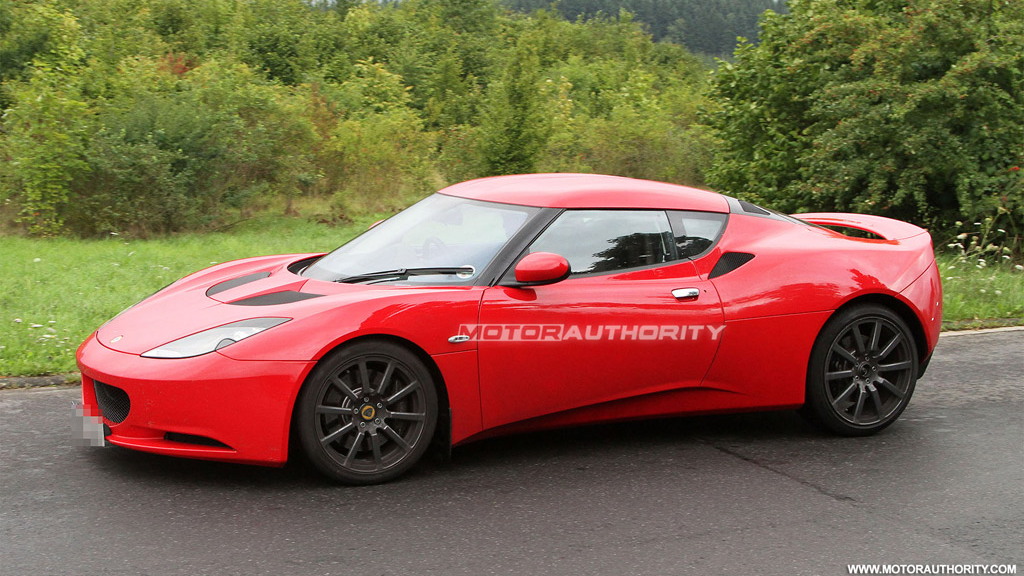 Reports of a supercharged Lotus Evora date back more than a year and finally the car has been spotted, testing in prototype form near the Nurburgring circuit in Germany. The new model is expected to come onto the market in the first half of next year as the 2011 Lotus Evora S and will be easily identified by its oversized rear diffuser, seen on the prototype, as well as some other subtle differences.

Though it’s due to go on sale only next year, its world debut is pegged for next month’s 2010 Paris Auto Show, which was confirmed thanks to an email that was sent ‘accidentally’ from Lotus to all its media outlets. The email also revealed that an automatic version of the Evora will be on show in Paris, as will an entirely new car, likely to be the successor to the legendary Esprit supercar.

As for the new Evora S, a compact supercharger designed to fit between the narrow banks of the car’s Toyota-sourced 3.5-liter V-6 should see output rise to at least 350 horsepower and 300 pound-feet of torque. Other upgrades should include beefier brakes, a new bodykit and stiffer suspension.

With the Evora’s agile body, expect the new S model to achieve a 0-62 mph time under 5.0 seconds and a top speed in excess of 175 mph.