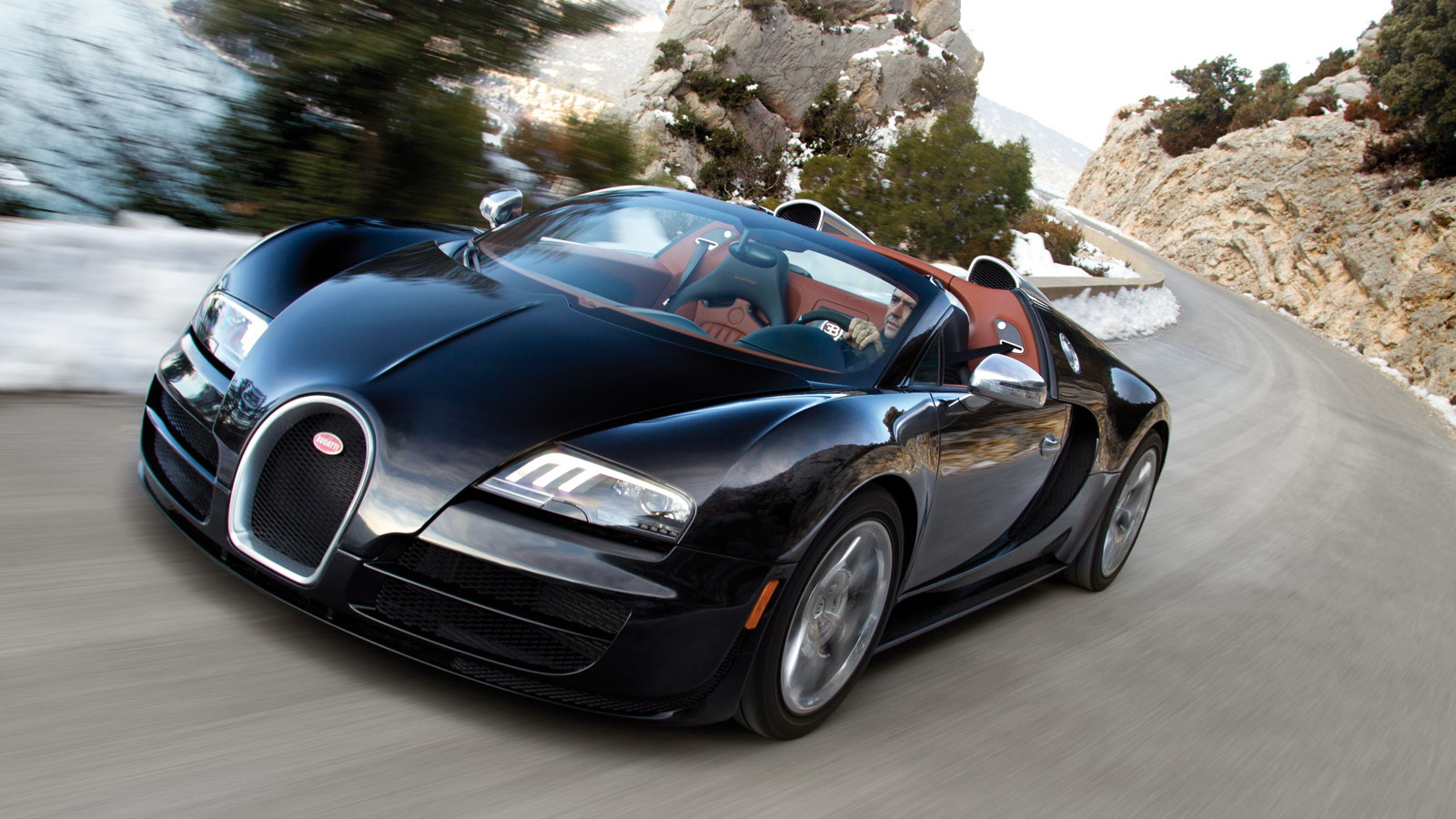 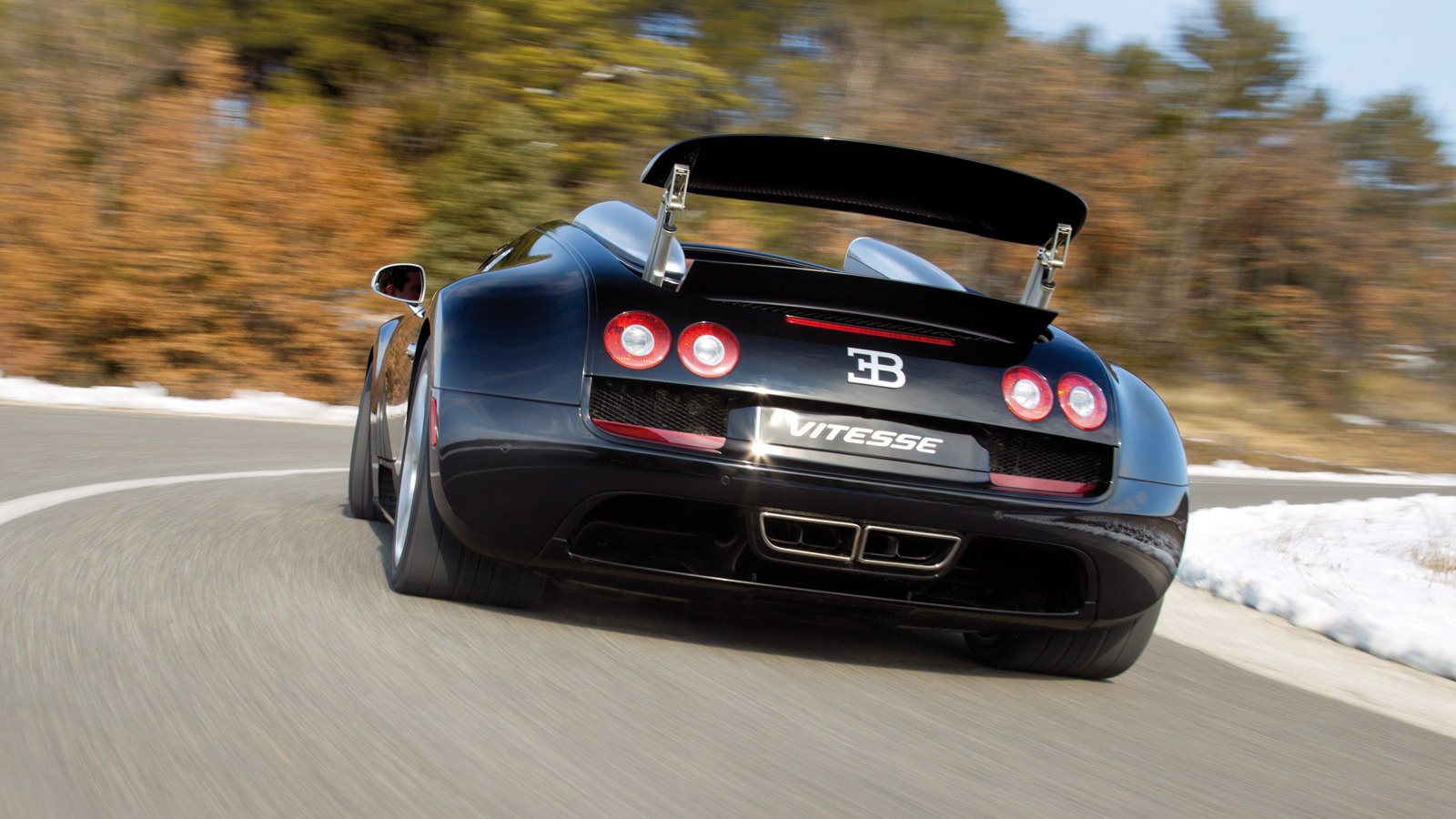 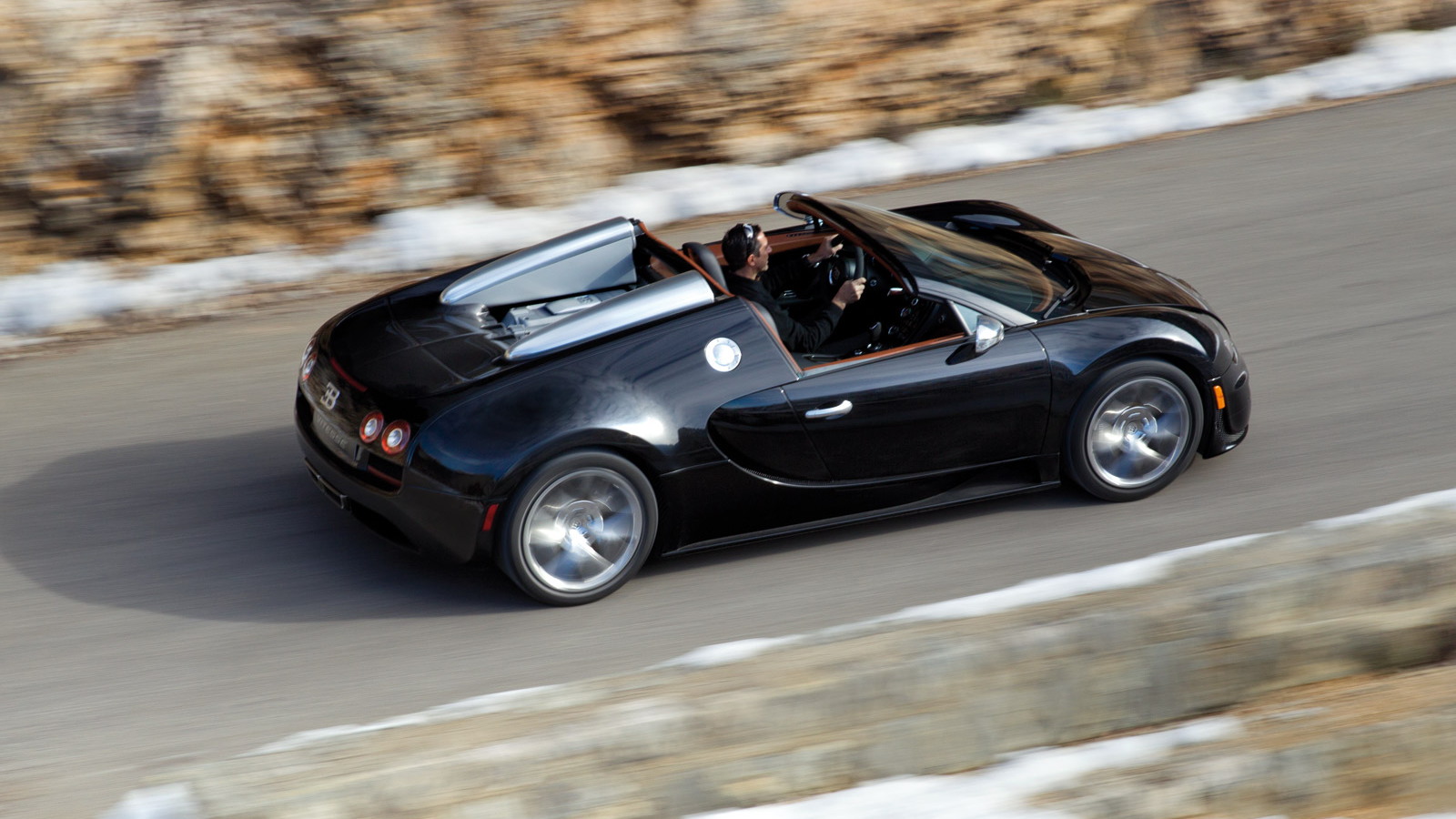 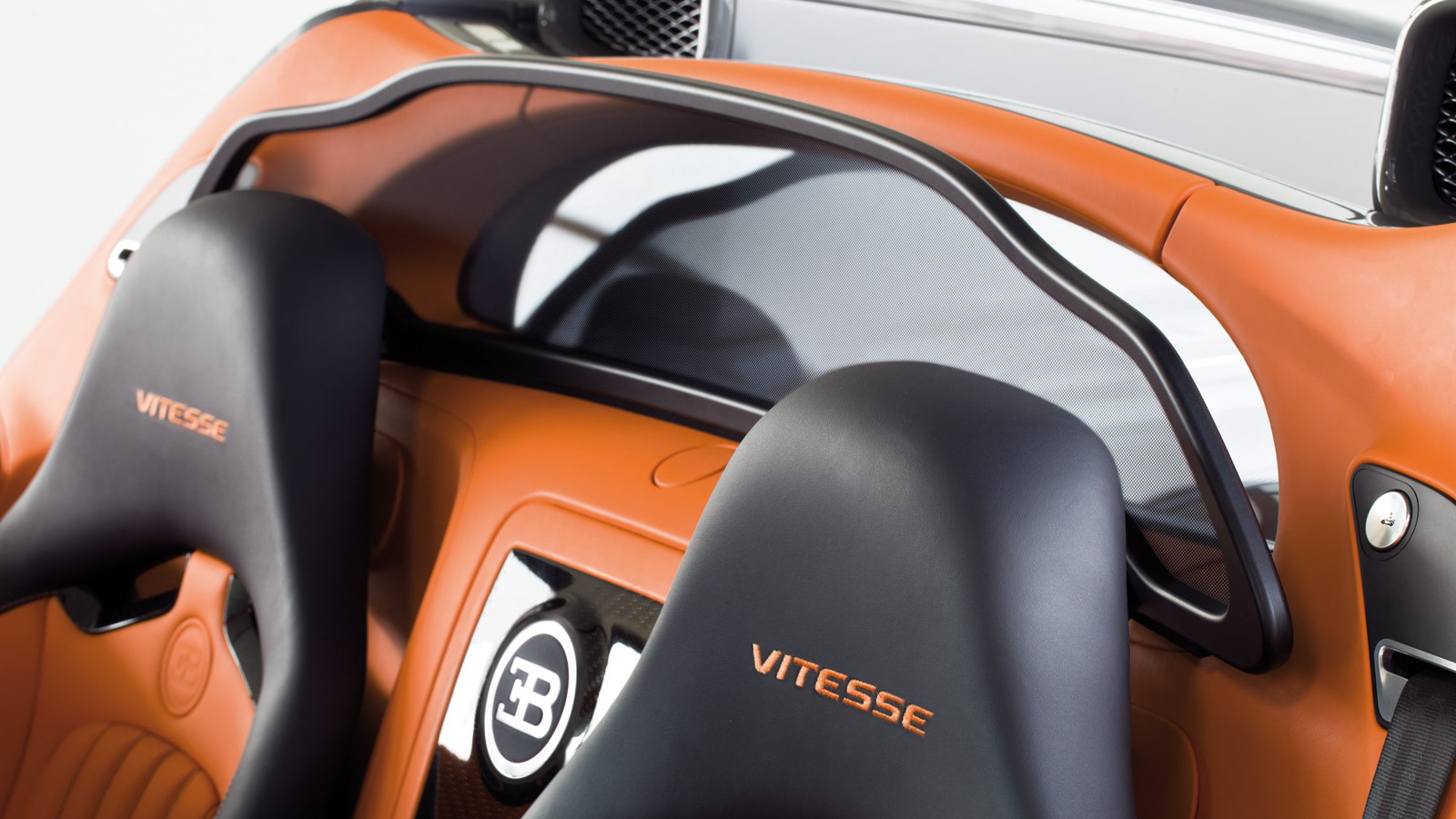 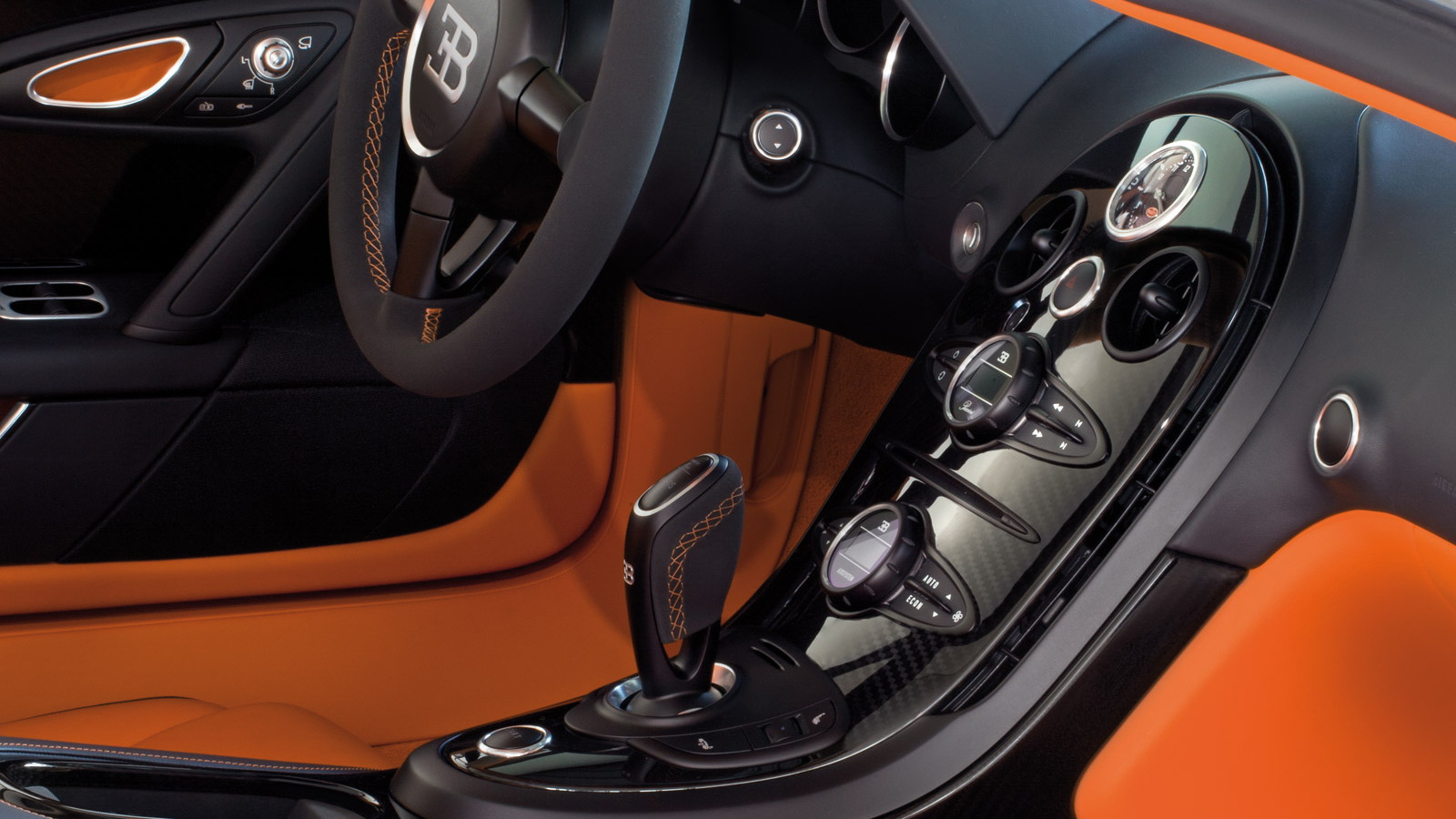 30
photos
Making its debut at the 2012 Geneva Motor Show this week is Bugatti’s latest model, the Veyron Grand Sport Vitesse.

The stunning supercar is the result of combining the record-breaking Veyron Super Sport with the more lifestyle-oriented Veyron Grand Sport.

And contrary to previous reports, the ultimate open-top Bugatti brings with it the full 1,200 horsepower and 1,106 pound-feet of torque of the Veyron Super Sport’s quad-turbocharged 8.0-liter W-16 engine.

This results in a top speed of 255 mph, 13 mph short of the world speed record for a production car.

The peak power is delivered at 6,400 rpm while the peak torque plateaus from about 3,000 all the way to 5,000 rpm. These figures allow the car to reach 60 mph from standing in just 2.6 seconds, pass 124 mph in 7.1 seconds, and continue all the way to its 255 mph top speed.  That top speed is reached on closed tracks with special safety precautions. In “normal” handling mode, the Veyron Grand Sport Vitesse is electronically limited to 233 mph.

The increased output is made possible by four enlarged turbochargers and intercoolers. The chassis has also been modified to support the power increase. The gearing of the seven-speed dual-clutch gearbox in particular has been adapted to the new requirements.

Speaking at the unveiling of the new Veyron Grand Sport Vitesse, Bugatti CEO Wolfgang Dürheimer said, “The rapid success of the Super Sport convinced us to increase the performance of the Bugatti roadster. Once again our engineers worked hard to demonstrate that Bugatti is able to constantly redefine the boundaries of what is technically feasible.”

Inside, carbon fiber is (along with stainless metals such as aluminum and magnesium) the dominant material in the interior of the Veyron Grand Sport Vitesse. Numerous interior parts are now made from carbon fiber, though the curb weight is still a substantial 4,387 pounds.

The Veyron Grand Sport Vitesse also features a roofless targa option rather than a full convertible top. This means that just like the Veyron Grand Sport, there’s no storage space within the car for the roof once it’s removed, so it has to be left at home.

In case you’re interested in one, pricing starts at $2.3 million.