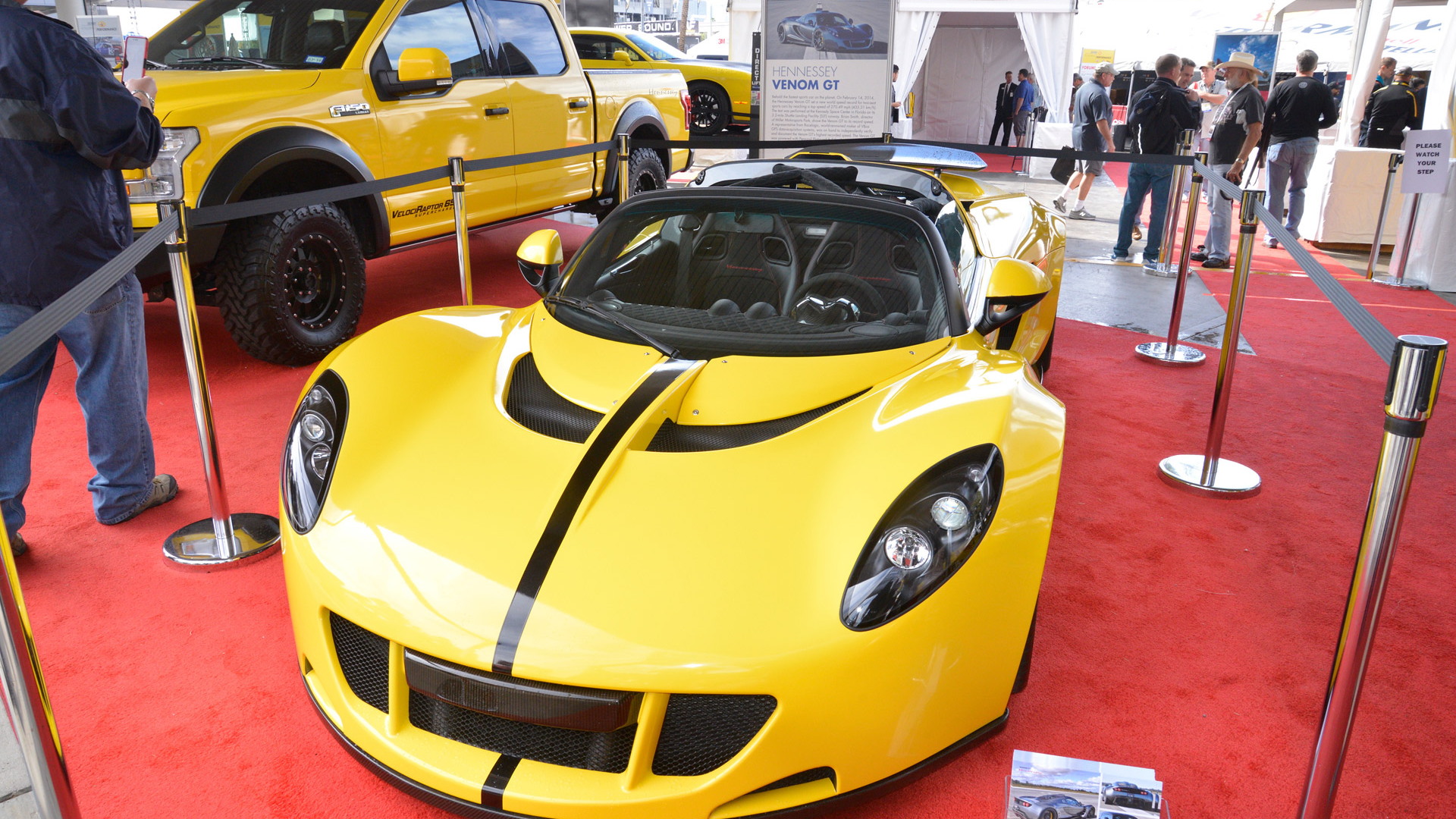 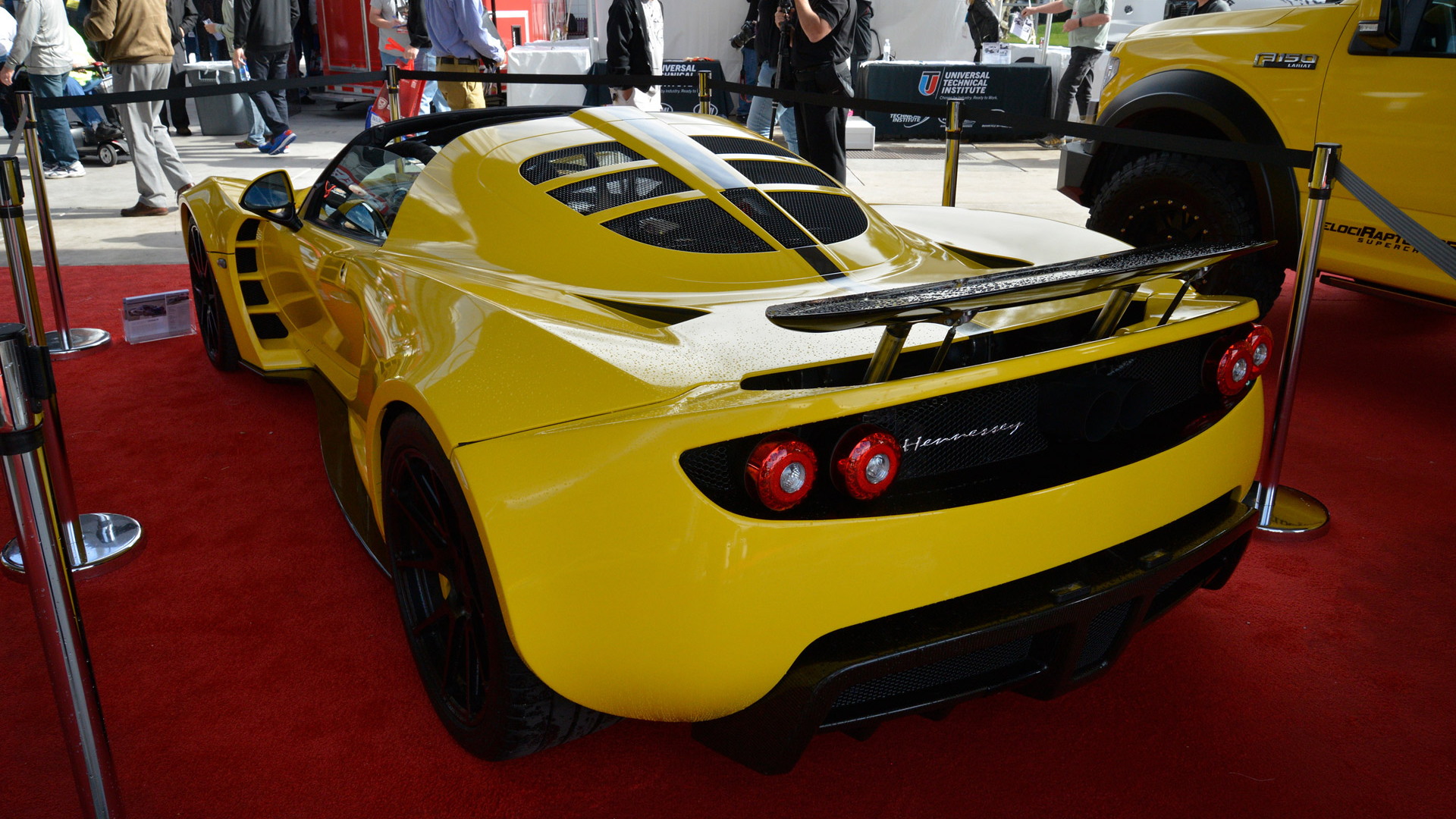 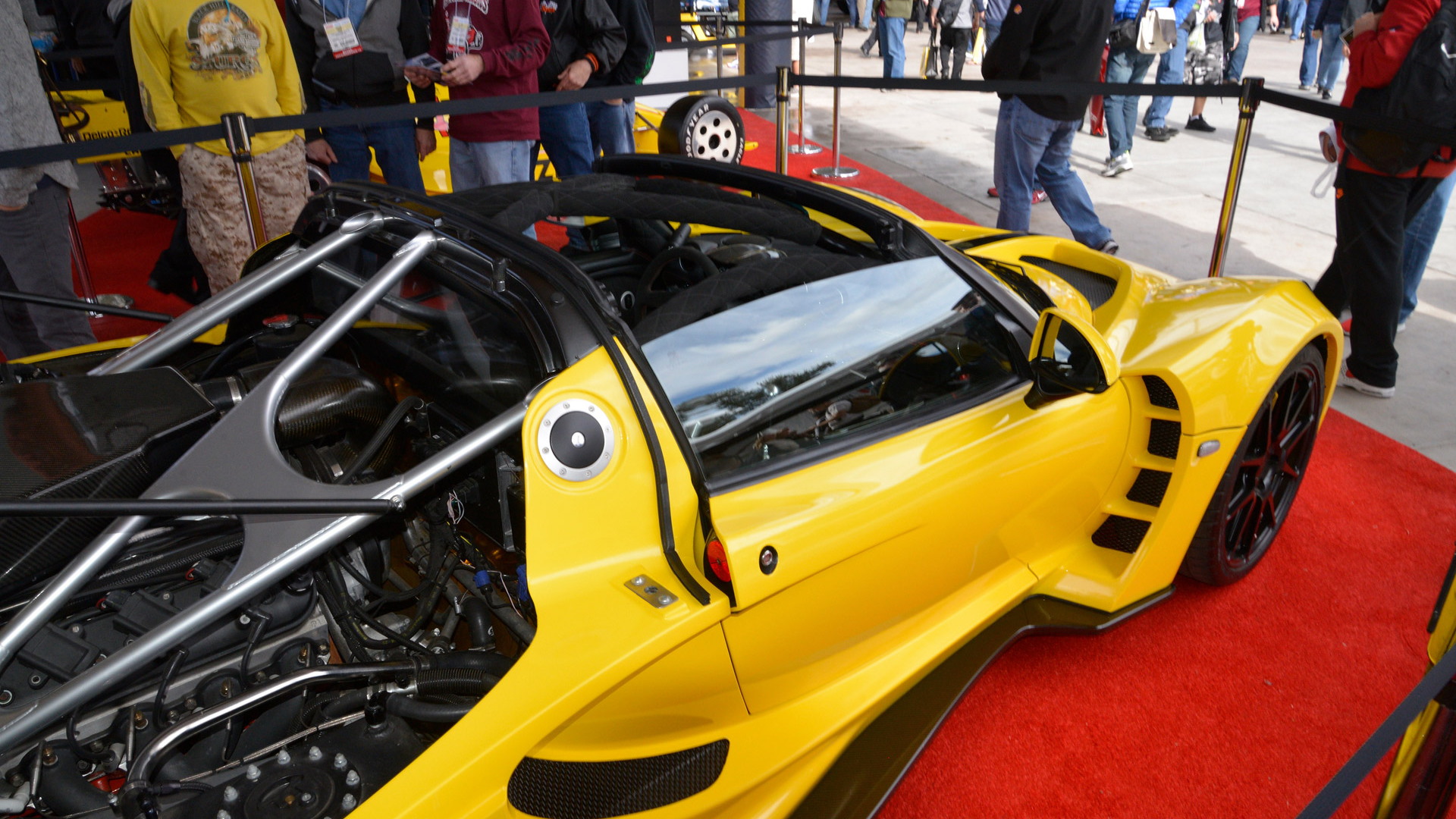 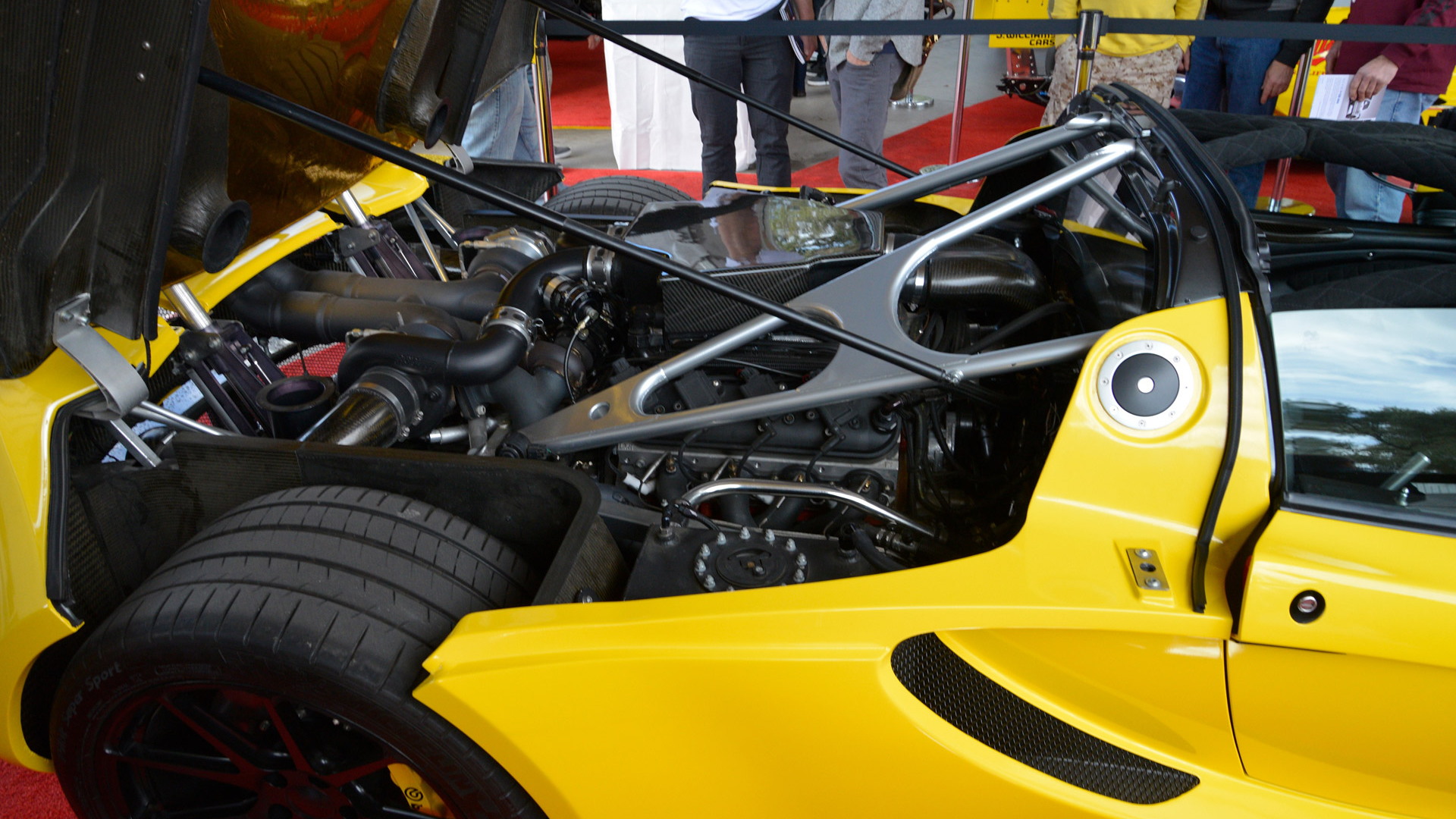 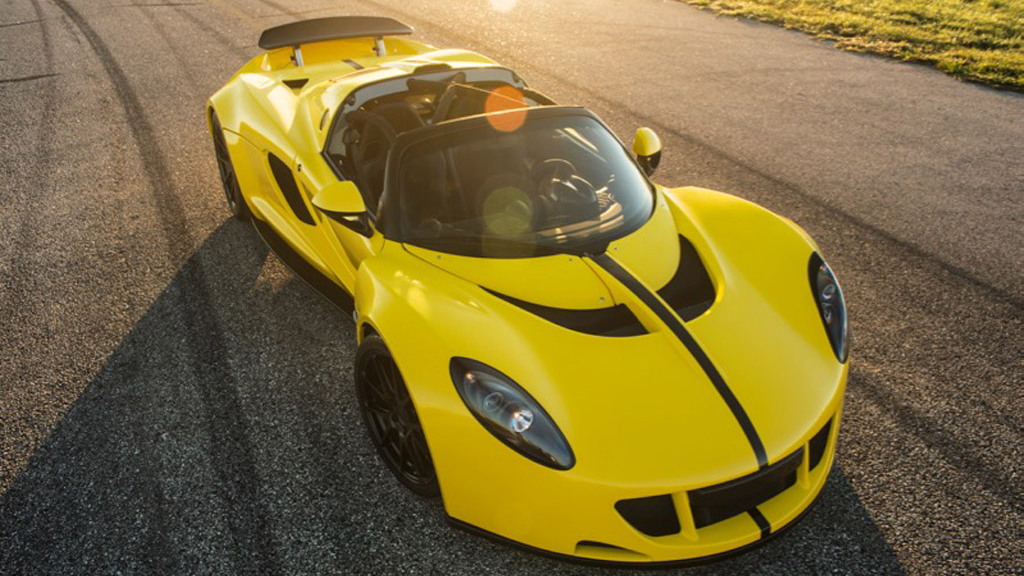 It isn’t quite the Venom F5 that the company has been teasing, but Hennessey Performance Engineering has delivered an updated version of its Venom GT supercar that boasts considerably more power than before. The good news is that the Venom F5 is still coming, but to tide things over in the meantime Hennessey will unleash a 1,451-horsepower Venom GT that will give most supercars a scare, including Koenigsegg’s One:1 and potentially Bugatti’s upcoming Veyron successor.

“We only plan to produce a handful of Venom GT’s in 2016 as we are also preparing for our next evolution, the Venom F5”, Hennessey president and founder John Hennessey said in a statement. “We are intent on keeping the Venom as the fastest, best performing and most exciting hypercar on the road.”

The Venom GT made its debut in 2011 and in its original state of tune produced between 725 and 1,200 hp. The latest car is still powered by a twin-turbocharged 7.0-liter V-8, which is mated to a six-speed manual transmission and drives the rear wheels only. Sticky Michelin Pilot Sport Cup 2 tires help put the power to the ground and Hennessey also installs a GPS-based traction control system with specific calibration settings for some of the world’s top race tracks. The curb weight comes in at just 2,743 lbs.

The boost in power, along with torque, we’re told, is thanks to an increase in turbocharger boost pressure from 19 to 26 psi. This was made possible by upgrades to the engine to allow it to run on E85 fuel. With 1,200 horses onboard, the Venom GT could sprint to 60 mph in 2.7 seconds and hit a verified top speed of 270.49 mph. With an extra 251 hp onboard, the latest version should lift the performance bar even higher. Initial performance claims include a 0-60 mph time of just 2.4 seconds, a quarter mile time of 9.4 seconds, and a top speed in excess of 280 mph.

The 2016 Hennessey Venom GT made its debut this week at the 2015 SEMA show in Las Vegas. It will be offered in coupe and convertible bodystyles, and as mentioned above just a handful will be built. Joining it on Hennessey’s stand was the company’s HPE750 Ford Mustang and VelociRaptor 650 Supercharged based on the Ford F-150 pickup truck.

For SEMA coverage, head to our dedicated hub.