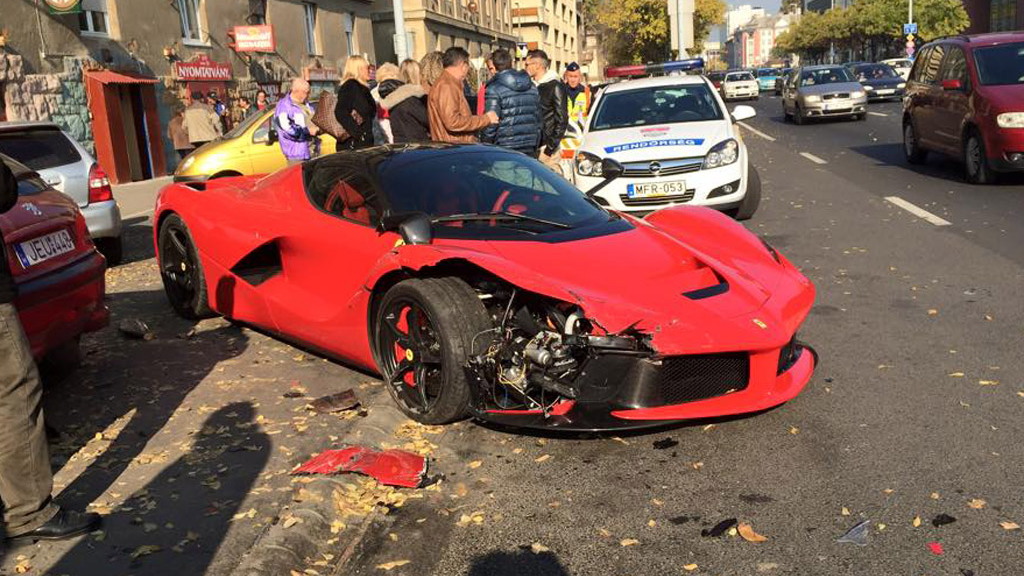 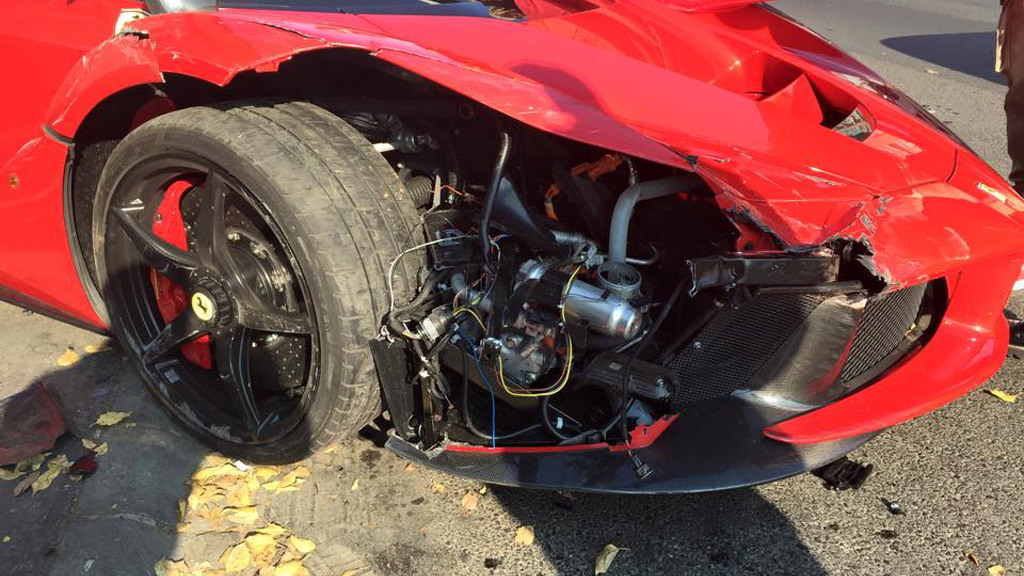 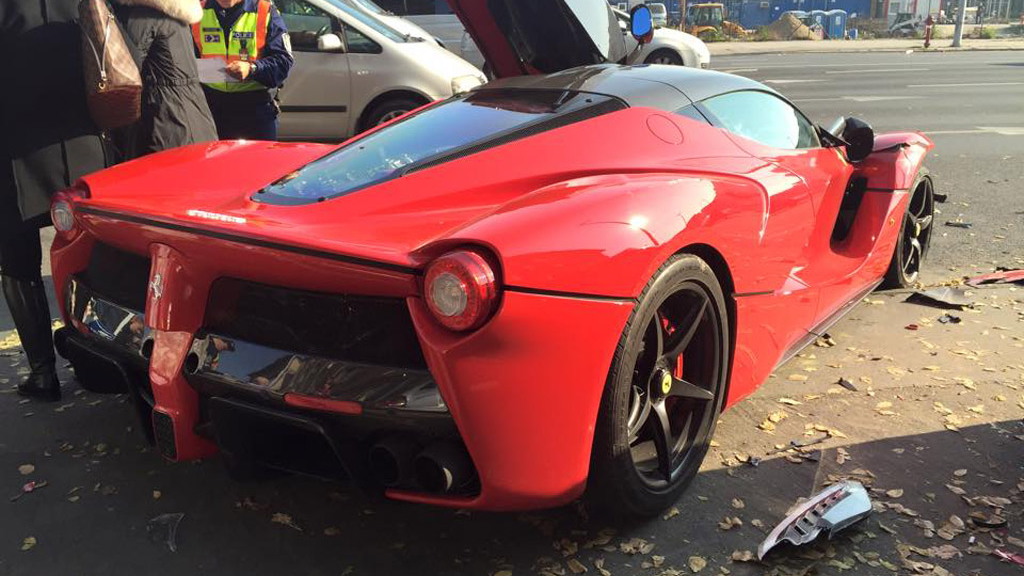 One LaFerrari driver ended up driving the rare supercar into three other cars in downtown Budapest over the weekend. According to local news reports, the driver emerged from a Ferrari dealership in the Hungarian capital and moments later lost control of the car. A new video from YouTube user Gábor Grubits shows how it all went down.

It looks like the driver hit the accelerator hard and caused the car to lose traction. It ended up hitting three parked cars before coming to a stop. Fortunately no one was hurt and the damage to the car doesn’t appear too serious. No doubt it will be a costly repair bill for the insurer.

This particularly LaFerrari was registered in neighboring Slovakia. Immediately after the crash, the driver jumped out and removed the license plates—possibly to save himself from humiliation on Internet forums around the world. You can see more photos taken at the crash scene over at Wörthersee GTI-Treffen.

Ferrari only built 499 LaFerraris and this is the fourth crash that we know of involving one of the cars. The first took place in Monaco almost immediately after deliveries of the car commenced back in 2014. Two more took place this year in France and China, respectively.