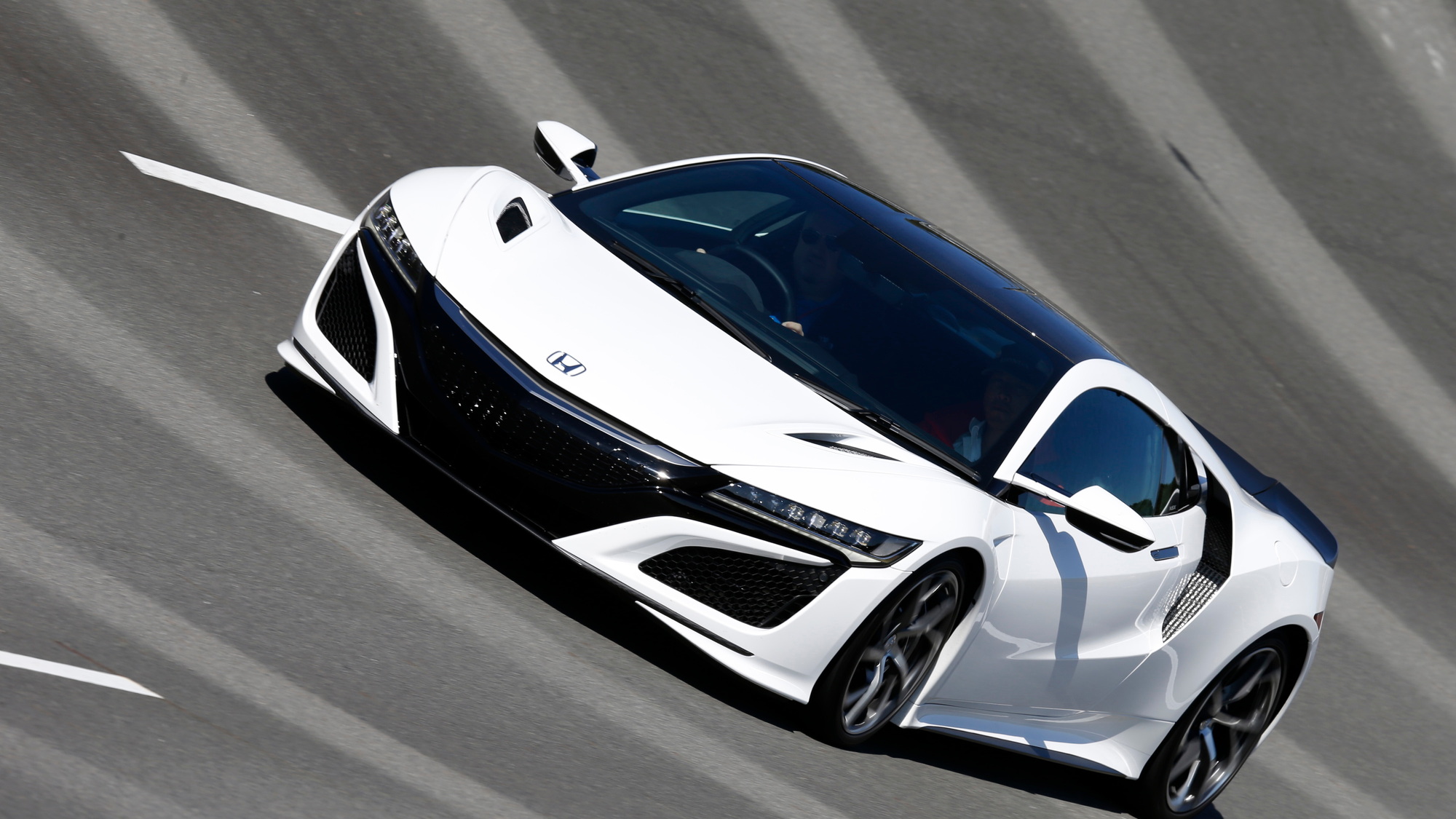 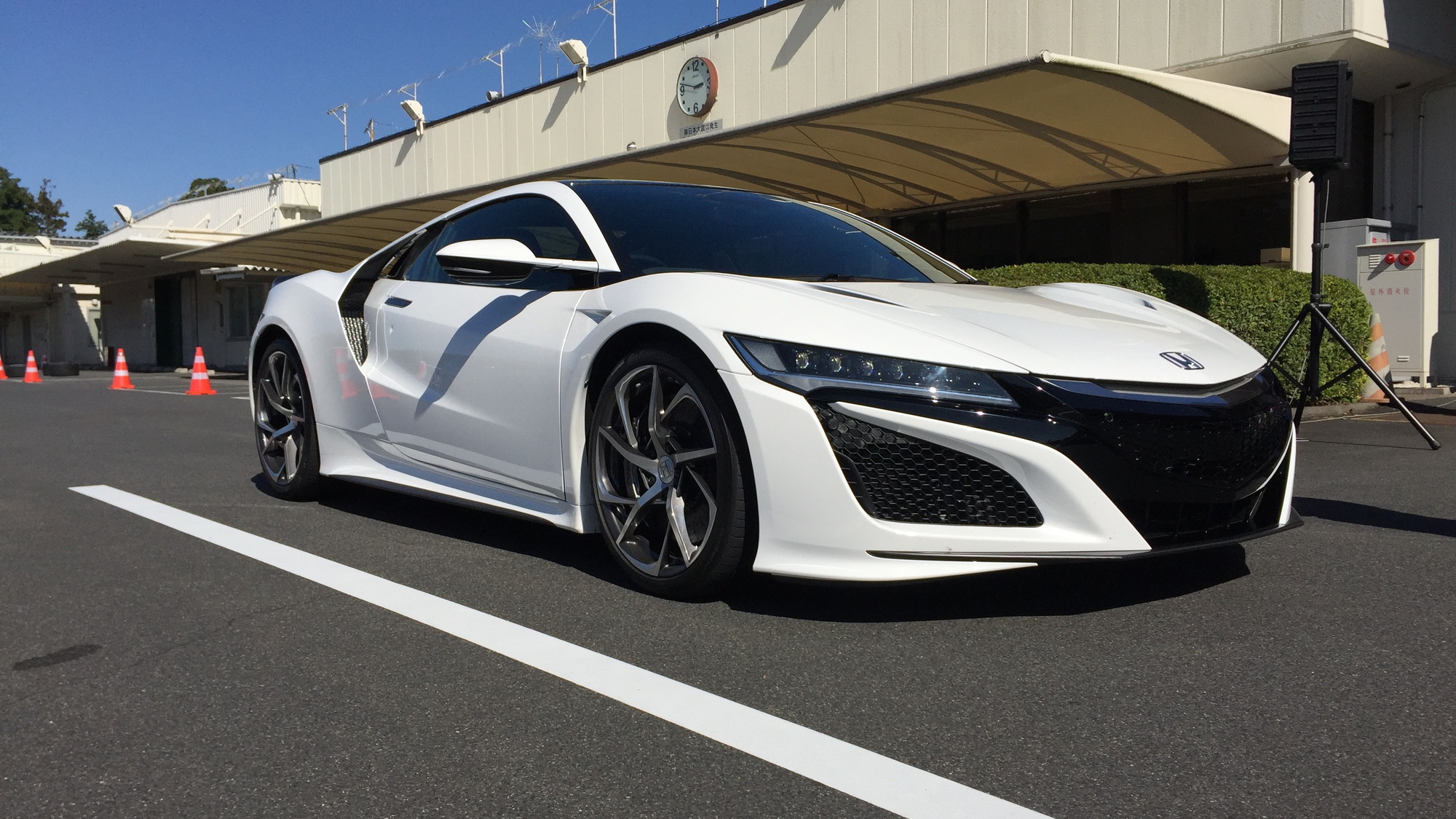 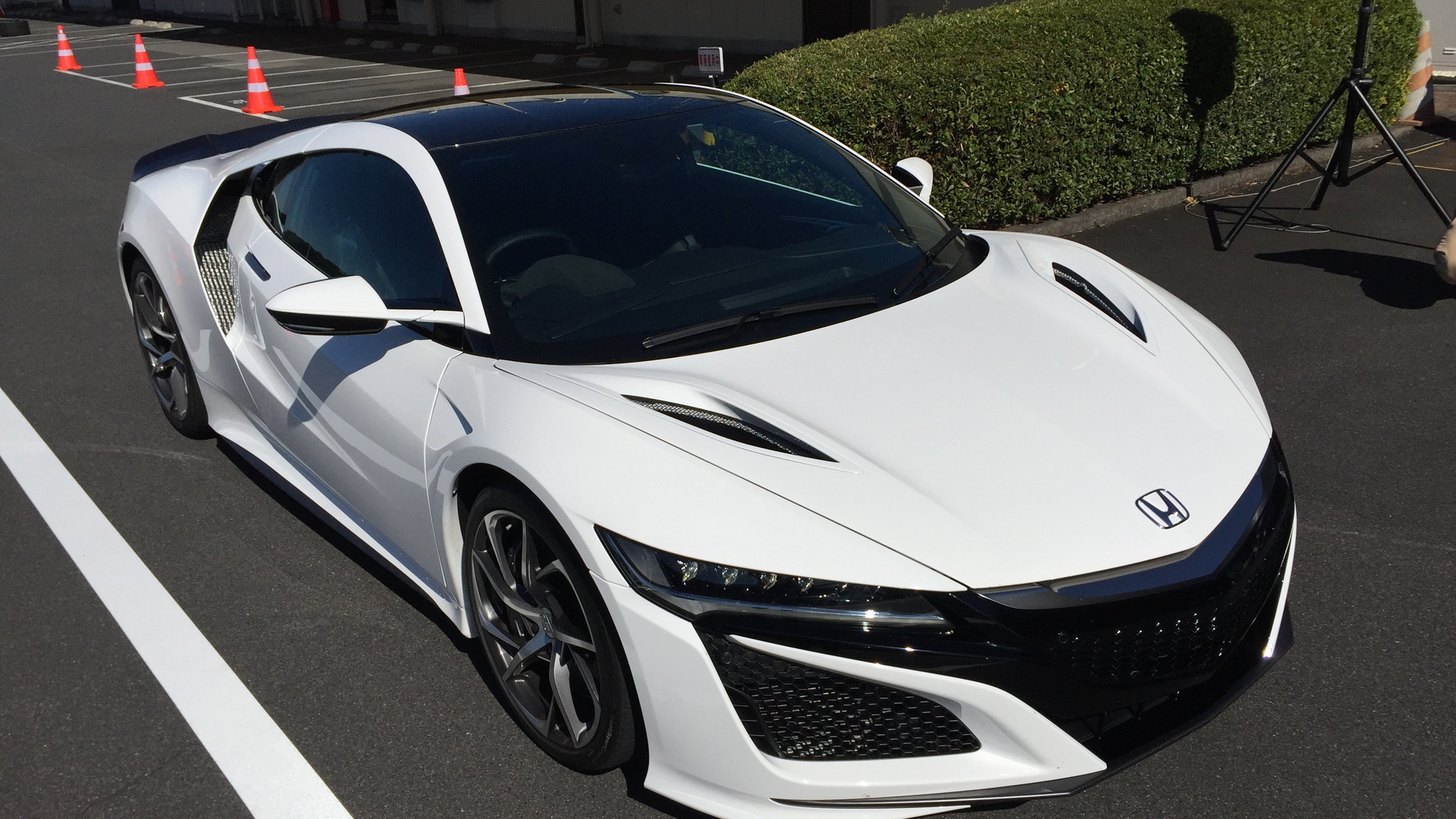 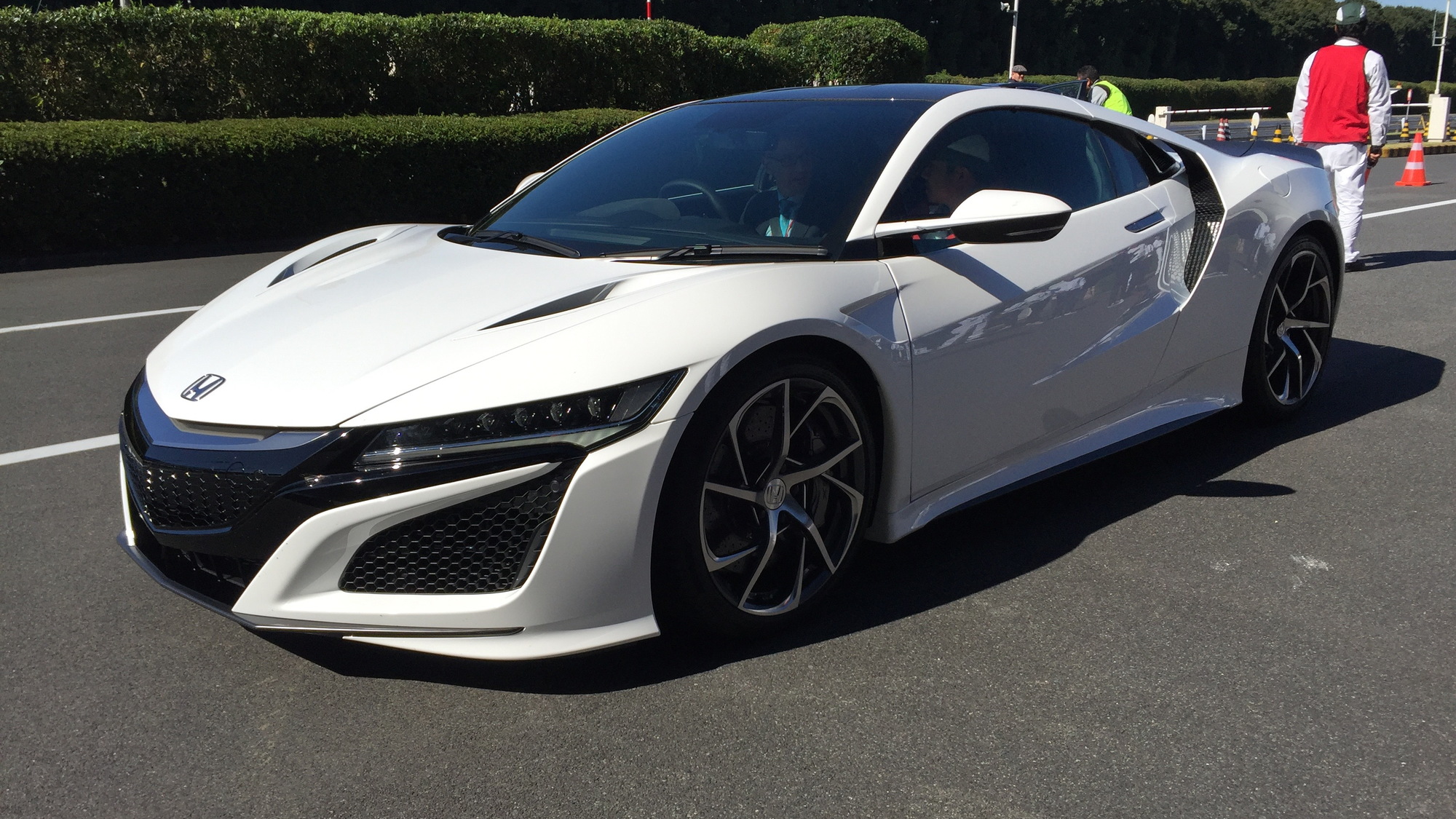 The second-generation Acura NSX isn't due to be released until next spring, but Acura is giving early rides to some media outlets. Last week, Acura had a preview test drive at Mazda Raceway Laguna Seca, and this past week I had the chance to get a few minutes behind the wheel on the high-speed oval at the Honda R&D Center in Tochigi, Japan.

Unfortunately, my drive wasn't as in-depth as the Laguna Seca launch, but I did learn some things about this high-tech Japanese supercar. Here are some observations:

-The cockpit is comfortable and upscale. I drove a Japanese-market car with right-hand drive. Since Acura doesn't exist in Japan, it was labeled a Honda, but the tune is the same. Compared to the S660 I had driven earlier, the NSX felt very roomy, with more hip and shoulder room, and plenty of headroom. In fact, Acura says the car has enough headroom for a 95th-percentile adult male. In addition to the space, the materials seem appropriate for a car that will cost in the neighborhood of $150,000, with wrapped surfaces, alcantara trim, and other quality components.

-It sounds great, from inside the car at least. Pin the throttle and the twin-turbocharged 3.6-liter V-6 lets out a wail that fills the cockpit and lets you know that you have tapped into a beast. The sound from outside, however, isn't quite as vicious. That's because Acura pipes some of the sound into the limited space of a two-seat cockpit, though without amplifying it through the speakers.

-It's really fast. The powertrain of the NSX consists of the twin-turbo V-6, which makes 500 horsepower, a 47-horspower electric motor at the rear, and two 36-horsepower electric motors up front in a single "twin power unit." The V-6 and rear motor send their power to the rear, while the front motors power each front tire and provide torque vectoring. The motors also provide torque fill between shifts and during acceleration from a stop. Acura says the 0 to 60 mph run is faster than you'll get in a Ferrari 458, Audi R8 V-10, or Porsche 911 Turbo, but notes that the time should be measured from when you hit the throttle, not when the car starts moving. The point is that the electric motors allow for immediate throttle response and full system output creates a 0 to 60 mph time that's probably in the 3.5-second range. Unfortunately, Honda didn't want us to drive the car faster than 111 mph and they actually had them governed at 118 mph. Those speeds are child's play for the NSX.

-I can't tell you a thing about handling. With its steep banking and long straights, Honda's high-speed oval amounts to a dragstrip for the NSX, especially with the car limited to 118 mph. That gave me little feel for the steering and no feel for the handling. Running in the Sport Plus mode the steering had some nice heft to it at speed, but I can tell you nothing about crispness upon turn-in or low-speed feel. Similarly, the car certainly sits low and promises excellent handling thanks to the vast torque vectoring capabilities of the two motors, but I got no feel for that, either.

However, I did read a couple of the reviews from the journalists who drove it at Laguna Seca. They seem to think the car is prone to understeer, especially when it's not in the Sport Plus or Track modes, and that the standard Continental tires offer poor grip. Acura is touting the NSX as an everyday supercar, and that's likely the reason it understeers—like almost every vehicle on the road today—and that it comes with tires meant more for wear than handling.

When asked if this is the final production spec of the NSX, engineers said the hardware is locked in but the software could change. I suspect that by the time the car goes on sale in March, Acura will make two changes. First, Acura engineers might be wise to dial in more torque vectoring to let the car rotate more willingly. Second, Acura should make the Continental tires a sort of all-season option and the Michelin Pilot Sport Cup 2 tires the standard rubber.

We'll drive the production-spec NSX in February. Check back then for a full review and to see how Acura changes its hybrid supercar before it goes on sale.