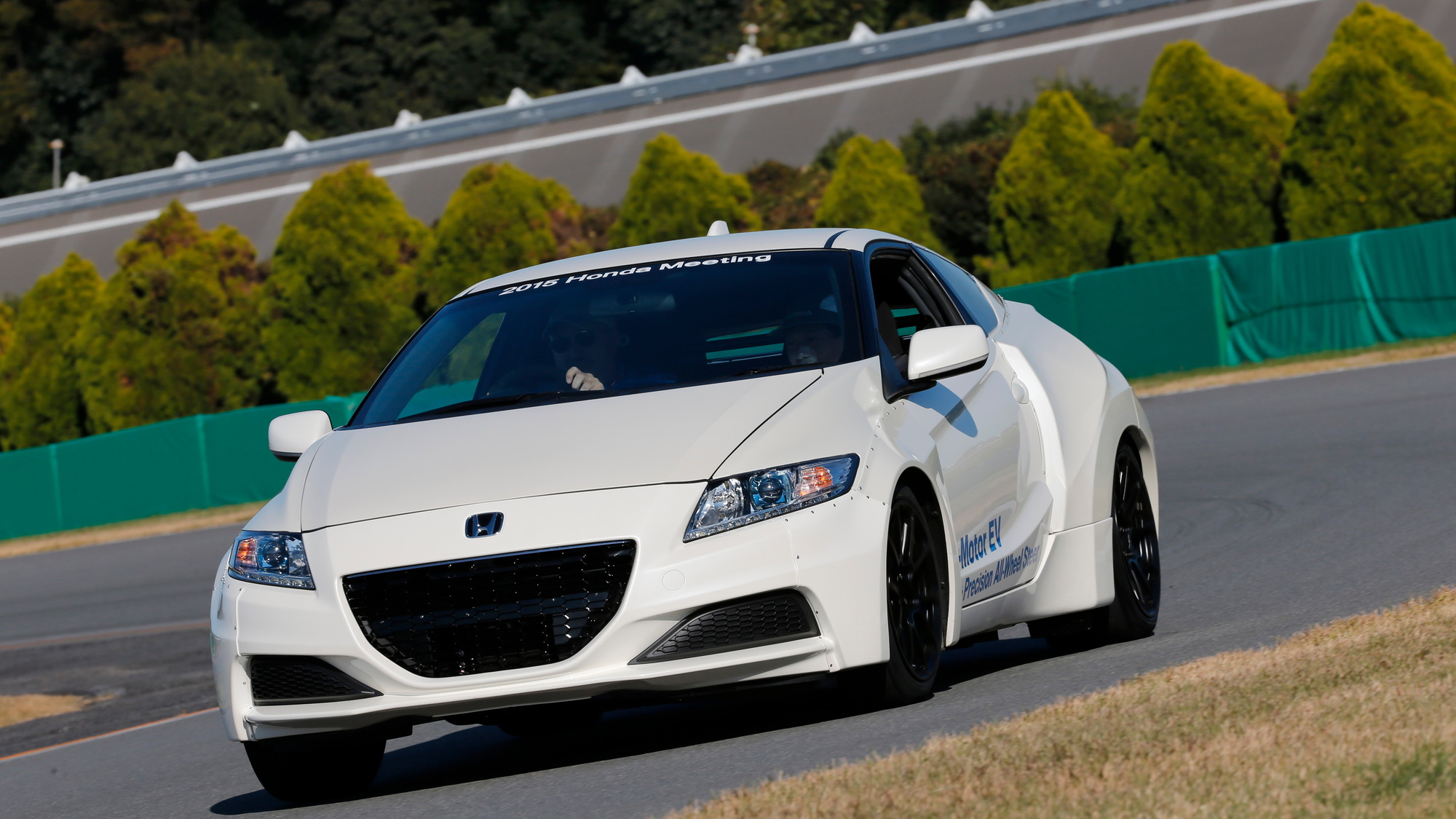 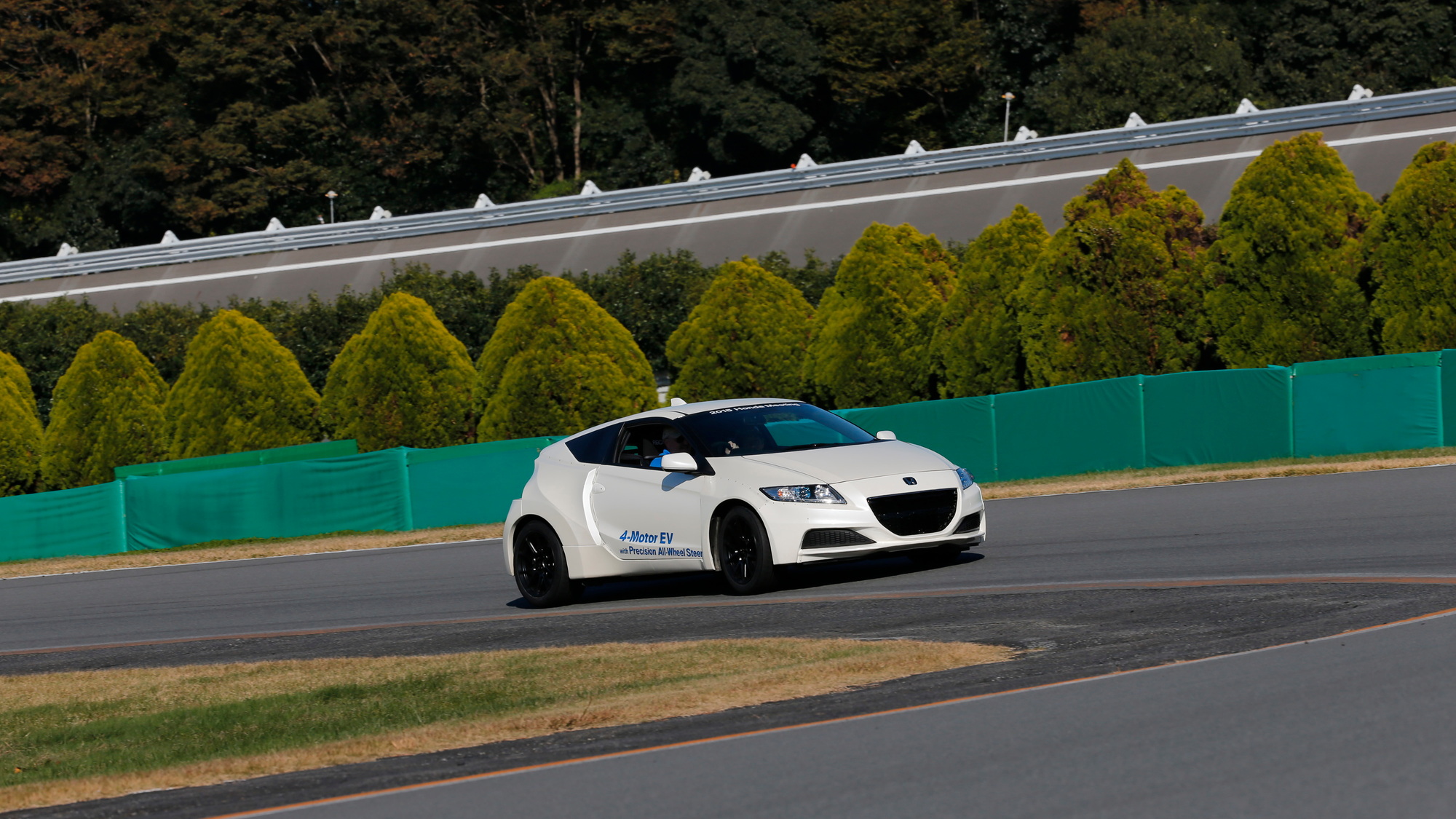 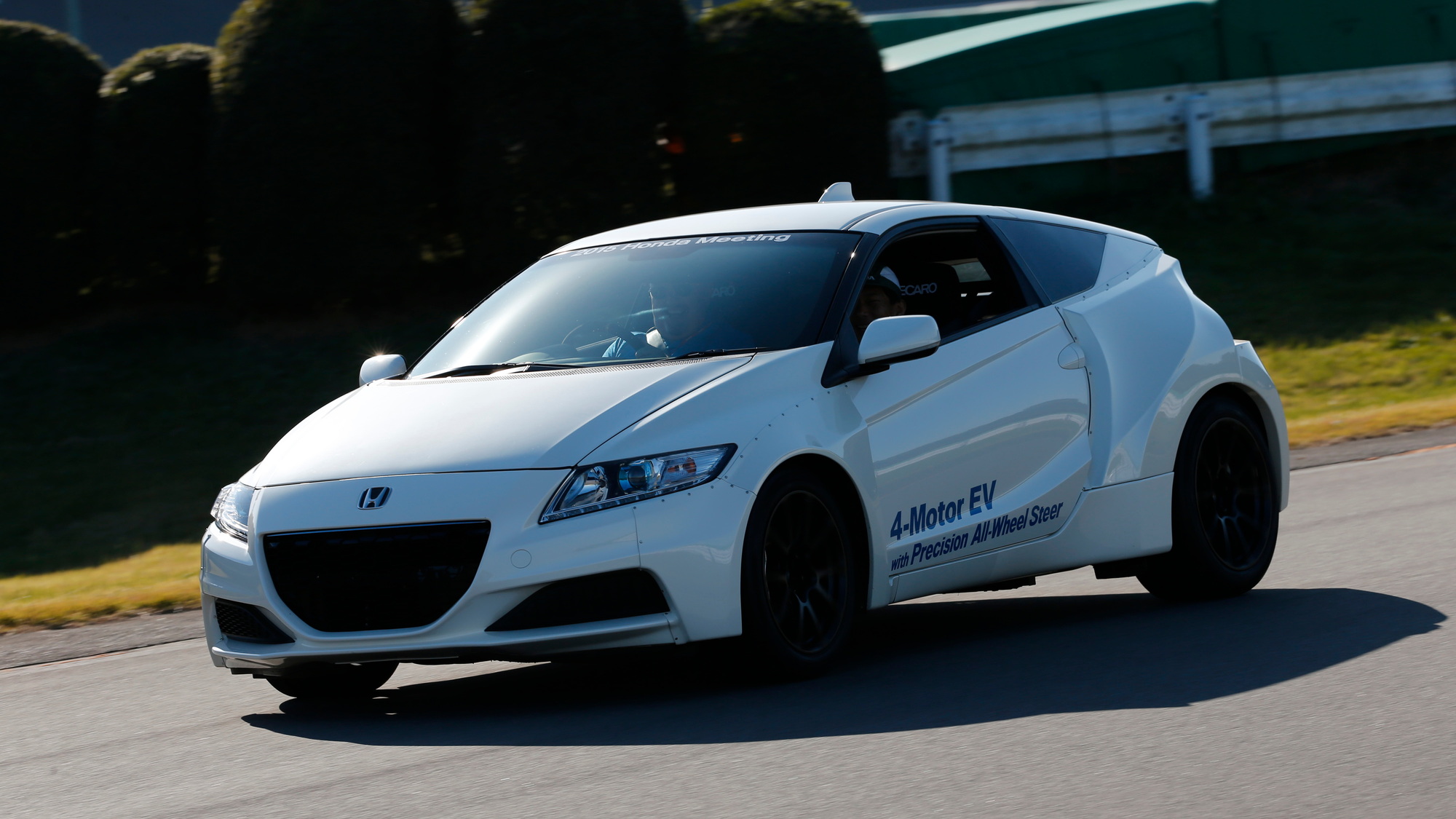 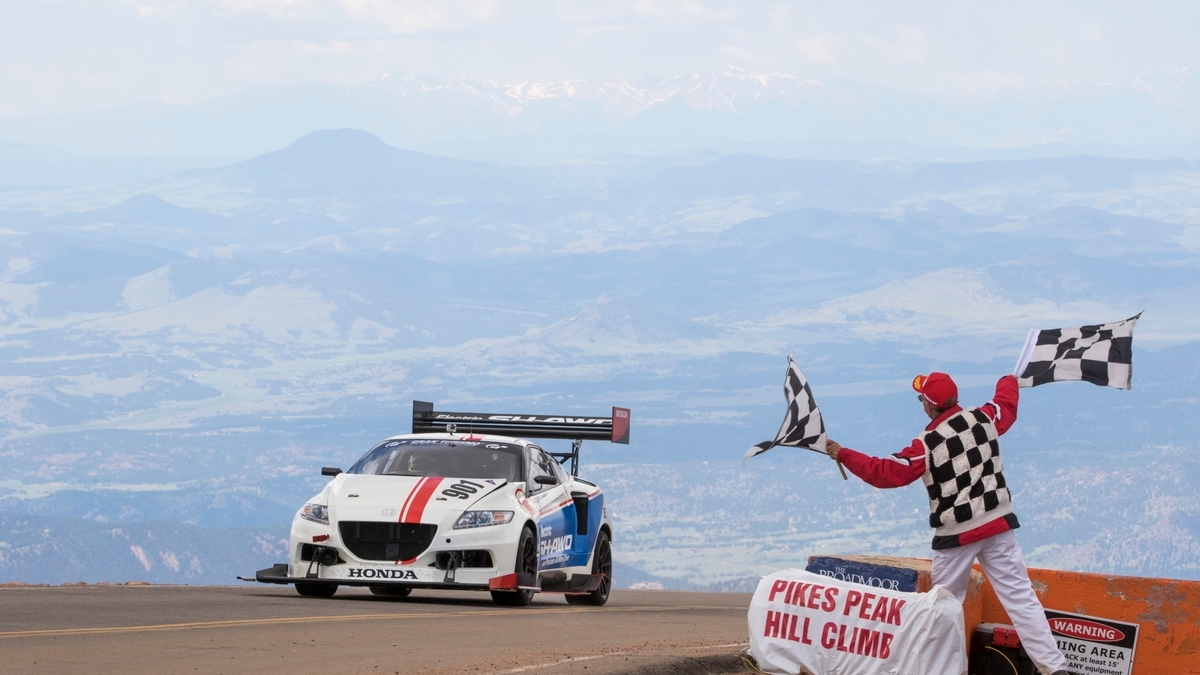 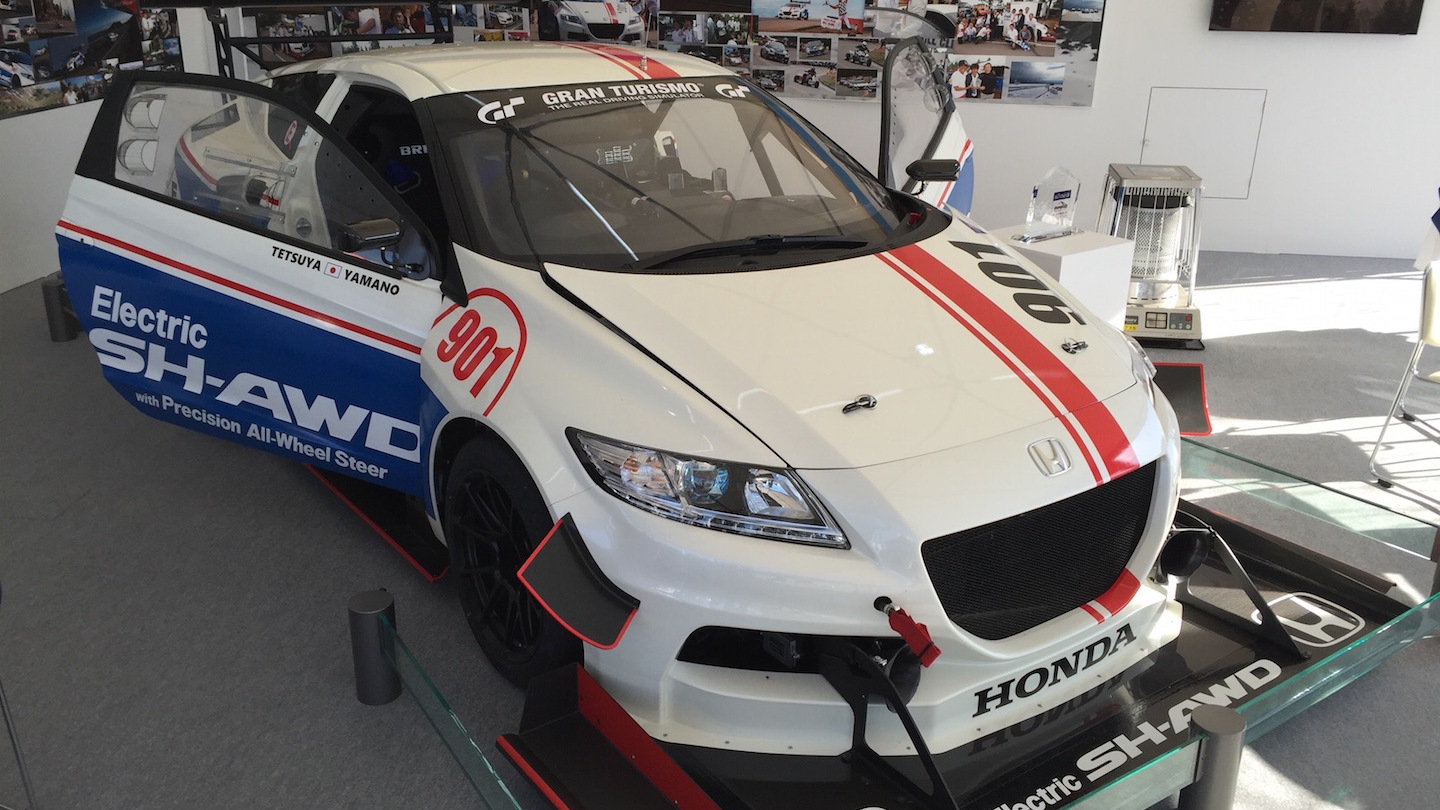 Since the rebirth of the electric car movement this century, several automakers have toyed with the idea of powering a car by positioning a motor at each wheel. Honda may be the closest to realizing the concept.

We spent a day at Honda's R&D campus a couple of days before the 2015 Tokyo Motor Show and had the chance to drive a four-motor CR-Z prototype on a handling course. If this is the future of the four-motor electric, we're in.

ALSO SEE: Honda’s Rival To The Toyota Mirai Is The 2017 Clarity Fuel Cell

The car in question is a modified CR-Z with widened rear fenders and a motor mounted inboard of each wheel. Hub motors are not used because they would be too heavy and therefore create too much unsprung weight that would hurt ride and handling. Specific output for each motor was not revealed, but the four motors combine to put out somewhere in the neighborhood of 200-225 horsepower. The rear-wheel-steering system from the Acura RLX and TLX allows the rear wheels to provide two degrees of steering to help the vehicle rotate. Each motor can also provide torque vectoring, which also helps the car rotate. In addition to the EV bits, the car features a racing seat and a racing steering wheel mounted on the right side.

Our time in the CR-Z consisted of a quick handling loop that was probably no more than a half-mile long. Though likely fairly heavy, the four-motor CR-Z was a blast to drive on the tight course. It attacked corners with gusto, gripped well, and (not surprisingly) rotated well through the many turns. The 200 horsepower provided brisk acceleration, with the typical immediate torque of an electric car. The only that that was missing was the hum of a Japanese four-cylinder.

This isn't the first four-motor CR-Z. A group of young Honda engineers ran a full-race version at the 2015 Pike's Peak International Hill Climb this past June. With 450 horsepower on tap, that car (shown above) finished an impressive 11th overall with a time of 10:23.829, taking first in the Exhibition class.

Honda wouldn't say if and when a four-motor electric vehicle will join the lineup, but—based on our drive in the prototype—the idea fits with the brand's goals of offering cars that are efficient and fun to drive. Perhaps a four-motor production version of the CR-Z could revitalize what has been a disappointing hybrid.